From Laon take the N44 towards Reims, turn left after 4 kilometres on to the D181 (signposted Sissonne). Continue along this road passing through the villages of Eppes and Coucy les Eppes, and then, crossing over the E17 motorway, arrive at the village of Sissonne via the Rue de Laon. At the "T" junction opposite the French 1914-1918 War Memorial, turn left (D18 in the direction of Lappion) along the Rue de Verdun, which after a short distance becomes the Aveue de 11 Novembre 1918, passing the first CWGC direction sign on the left. Continue along the D18 until you arrive at Sissonne German Military Cemetery on your right after a total journey of about 20 kilometres.
​

The cemetery is situated next to the British Military Cemetery, it holds 14,694 German war dead from World War I. The original German Military Cemetery here was built on the site of a military training area used in 1915 by German troops. Many of those buried here are the fallen from 12 (Saxon) Army Corps from the battles of summer 1914. It was also used for the burial of those who died of wounds, illness and accident throughout the war. It was also widely used for the casualties of the 1918 battles. At the end of the war the cemetery also contained a number of sections which held graves of other nationalities, these were removed at the end of 1919, at the same time a number of German burials from the surrounding area were concentrated into the cemetery.

During the 1920's it became necessary to carry out repairs to the cemetery and in agreement with the French authorities a hedge was planted all around the perimeter and a new entrance was built. Shrubs and trees were also planted within the cemetery. However, the problem of the permanent marking of the graves persisted due to lack of money and the 1939 outbreak of the Second World War. After the Franco-German War Graves Agreement of 19 July 1966, The German War Graves Commission - funded by the federal government - settled upon the final design for the German military cemeteries in France and Belgium. Basic landscaping was carried out by participants of youth camps of the People's League and in 1975 the existing temporary wooden grave markers were replaced with crosses made of metal with cast names and the details of those buried . The large Bundeswehr crosses, weighing 35 kg were too much for the youth workers and soldiers were brought in to assist.

10,699 Of the 14 694 dead rest in individual graves; 36 are unknown. There are two mass graves with 3995 casualties of which only 412 are known. Included in the dead are a nurse and two soldiers of the Bulgarian army.

Graves for the 39 fallen of the Jewish faith were, for religious reasons made of natural stone. The Hebrew characters on the stone say: "Here rests" (name) followed by "May his soul be woven into the circle of the living."

It is now constantly cared for by gardeners of the German War Graves Authority. Information regarding the location of graves, and units of the fallen can be found by contacting, The German War Graves Commission Federal office Department Graves Registration Service, Werner-Hilpert-Straße 2, D-34112, Kassel.
Burial details:

There are 14,694 casualties commemorated here. 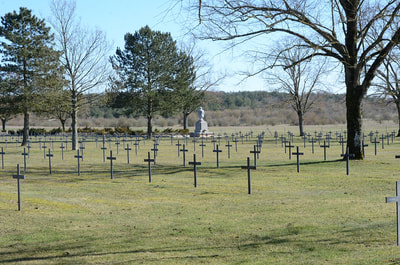 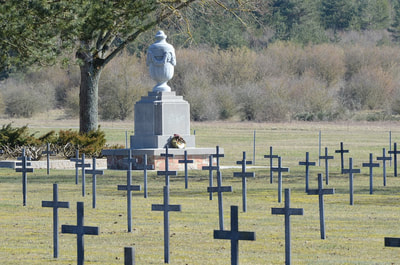 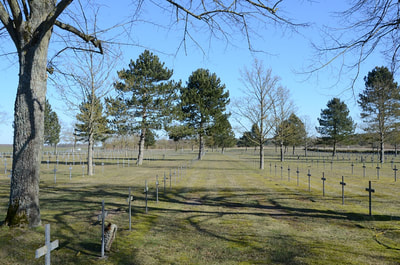 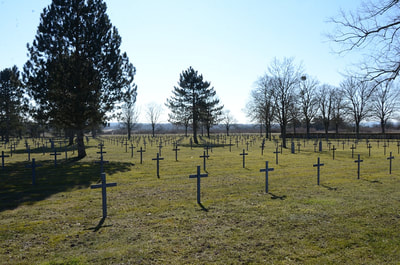 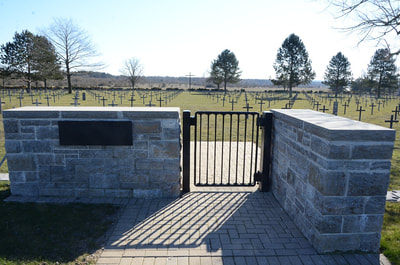 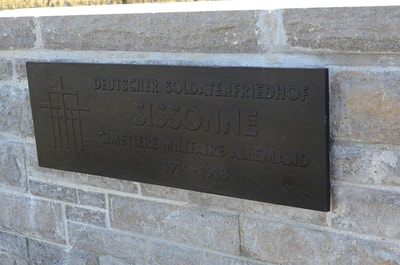 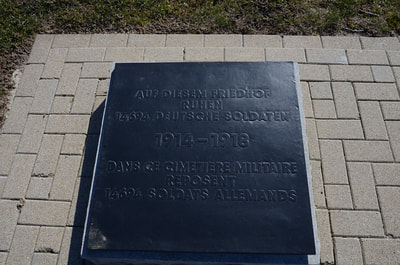 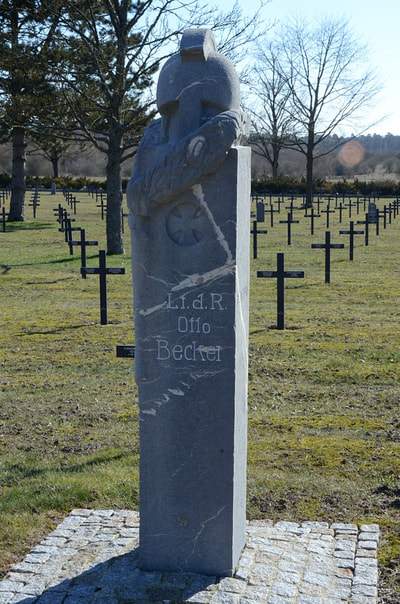 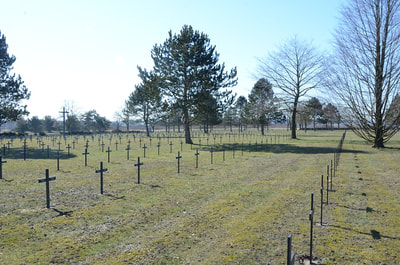 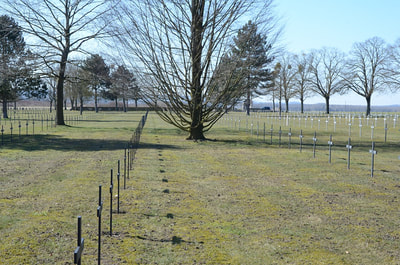 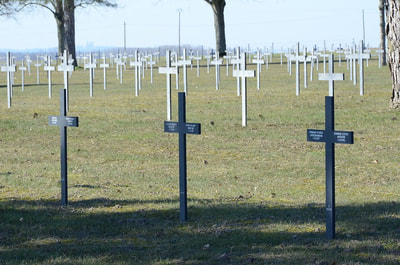 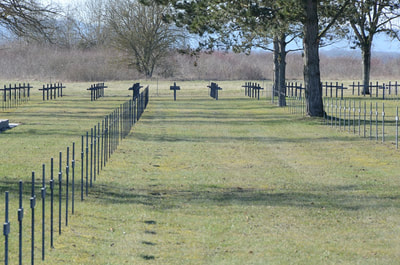 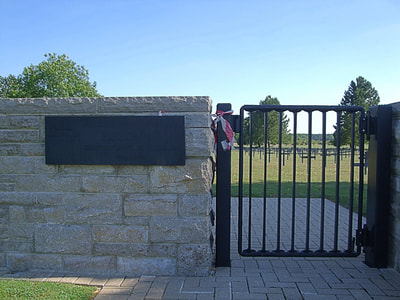 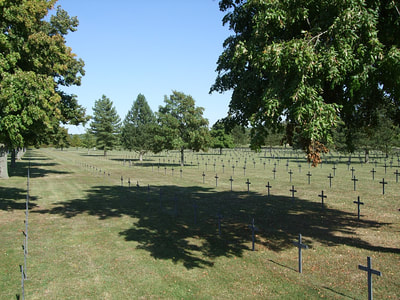 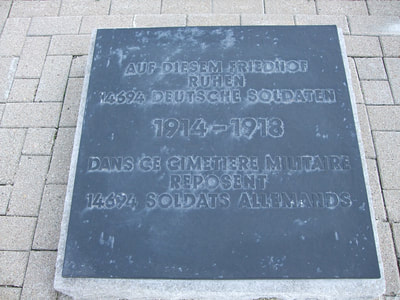 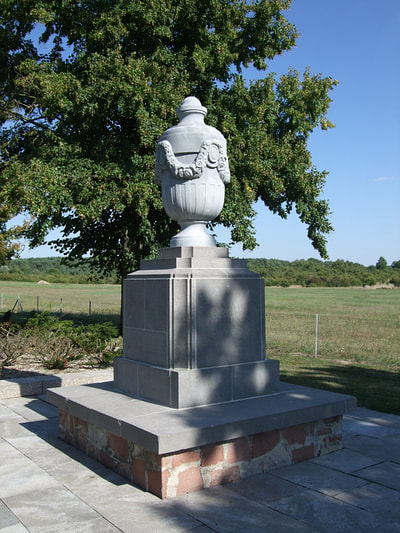