A hilltop village about 30 km SE of Ljubljana has a derelict World War One Austro-Hungarian Military cemetery. Much of the site today is an empty field with its five surviving graves, two of which are Jewish soldiers. The once grand cemetery with imposing gates and a broad central walk leads to a massive Greek temple style monument with the Latin inscription, ‘To its finest sons, the Homeland gives thanks'.

The cemetery was designed by a military architect, Oberleutnant Joseph Ulrich, and built by Russian prisoners of war. Most inmates were from a nearby military hospital along the railway line near to the cemetery. The only remaining pieces of architecture are the massive Art Deco stone gate pillars (dated 1915-1917), the huge Greek temple, five scattered grave markers, and two twisted rusty iron crosses.

Among the gravestones are those of Dezso Steiner, from Hungary, and Solomon Gerschow, a Russian and perhaps a prisoner of war. Each is marked with a Star of David. 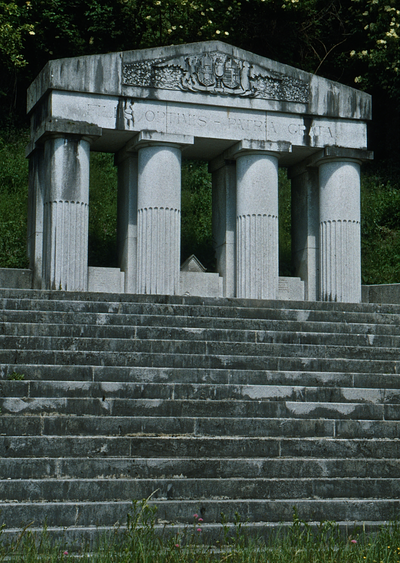 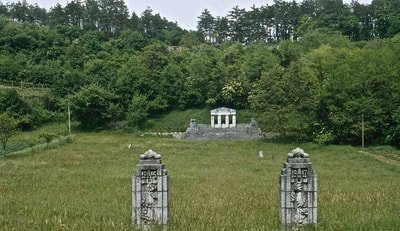 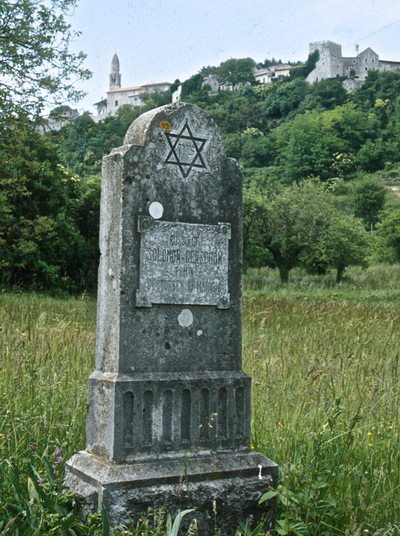 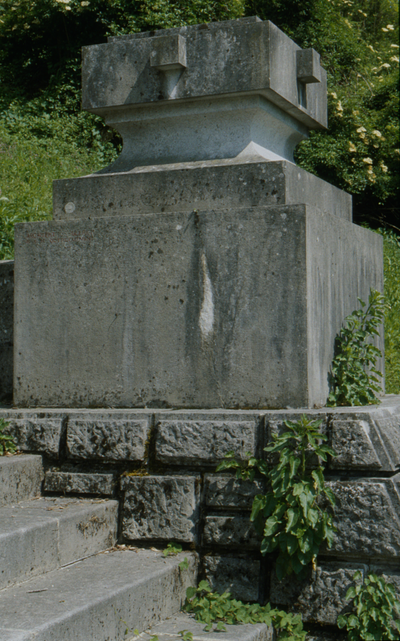 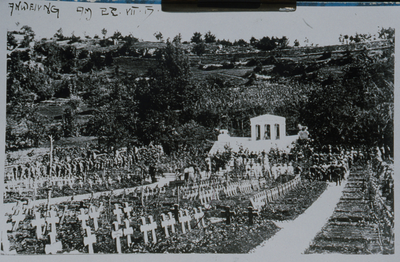 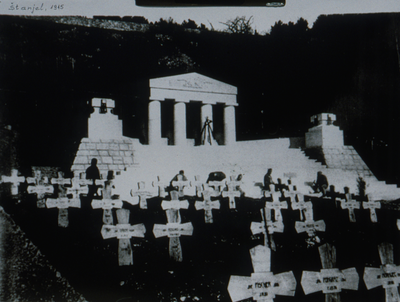