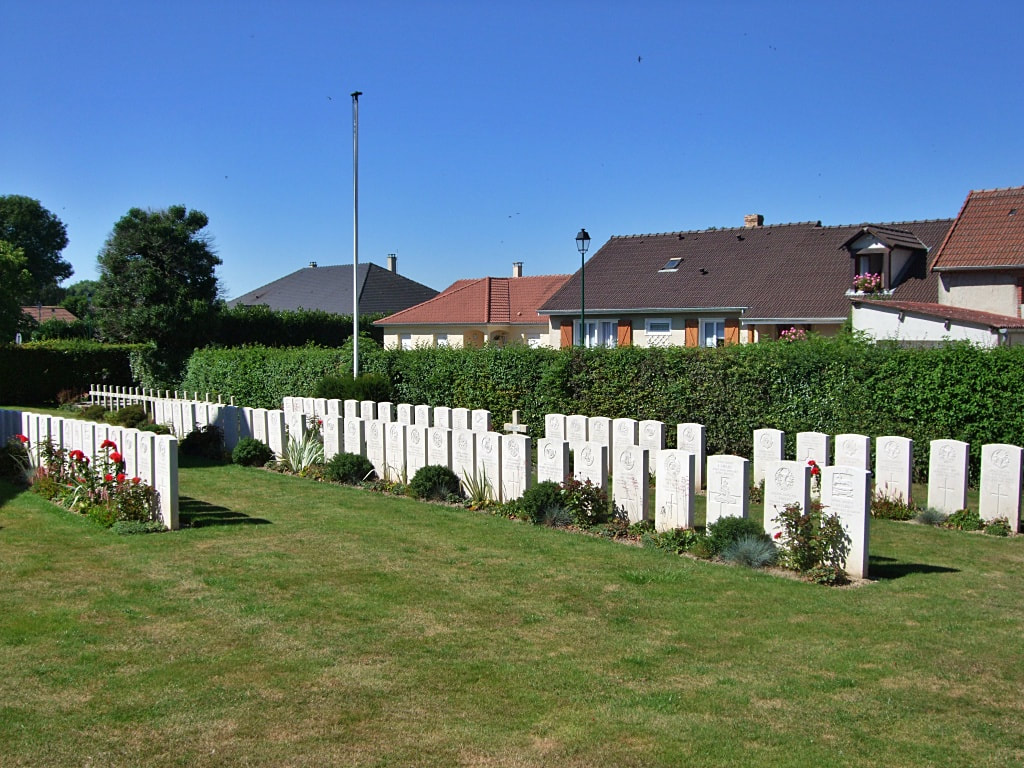 From Reims, exit along the Avenue de Champagne which leads onto the N51 towards Epernay, passing through the villages of Champflieury and Montchenot. After 13 kilometres turn right at the crossroads onto the D71, signposted to St Imoges. After a further 500 metres you will enter the perimeter of the village of St Imoges, and a further 250 metres will bring you to the crossroads at the centre of the village (a total journey of about 13.5 kilometres). Facing you at this junction is the church of St Imoges and on entering the churchyard you will find the Commonwealth War Graves Plot to the left (north-west) of the church.

The Commonwealth War graves were made by the 51st (Highland) and 62nd (West Riding) Divisions in July and August 1918. 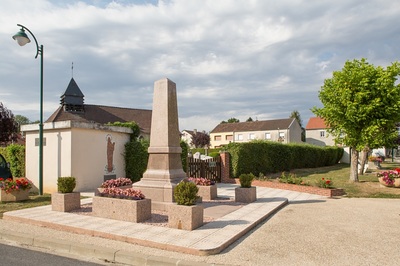 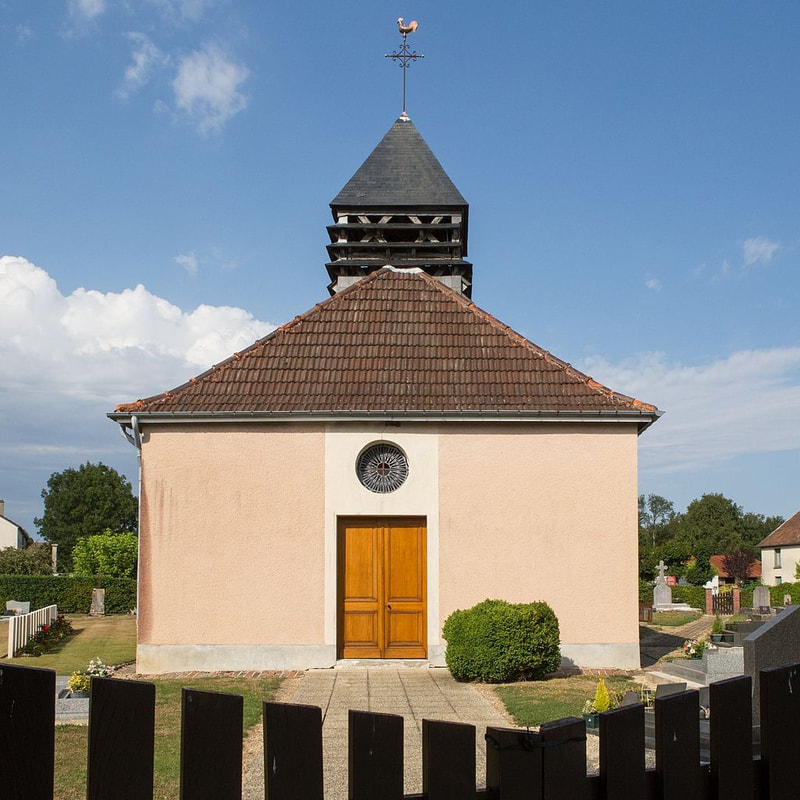 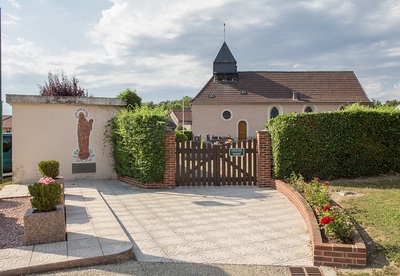 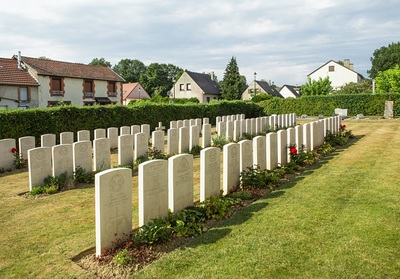 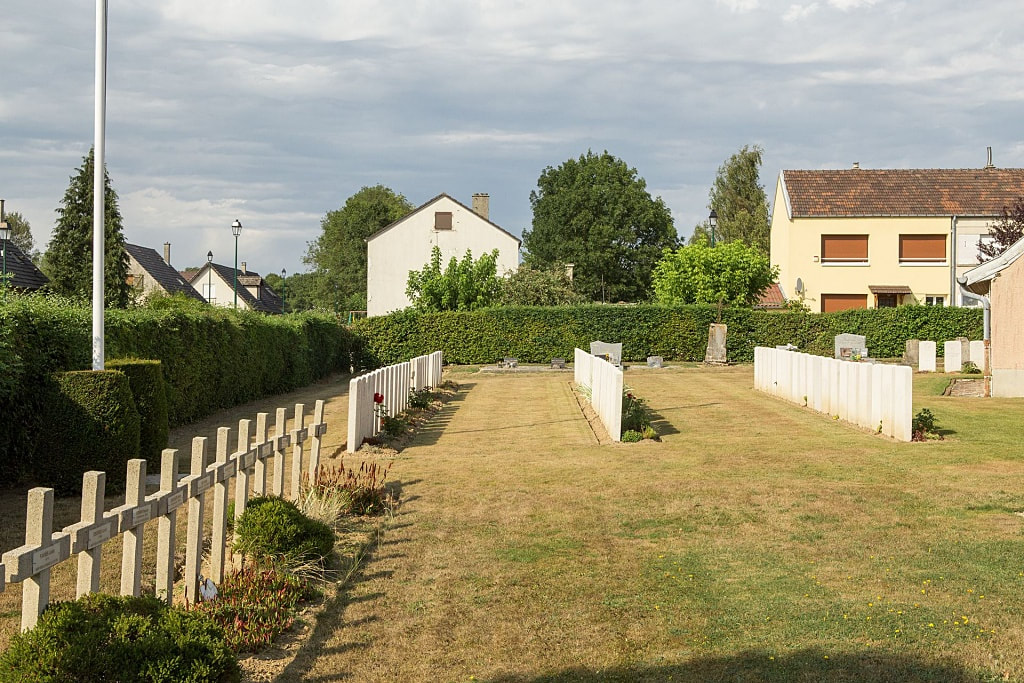 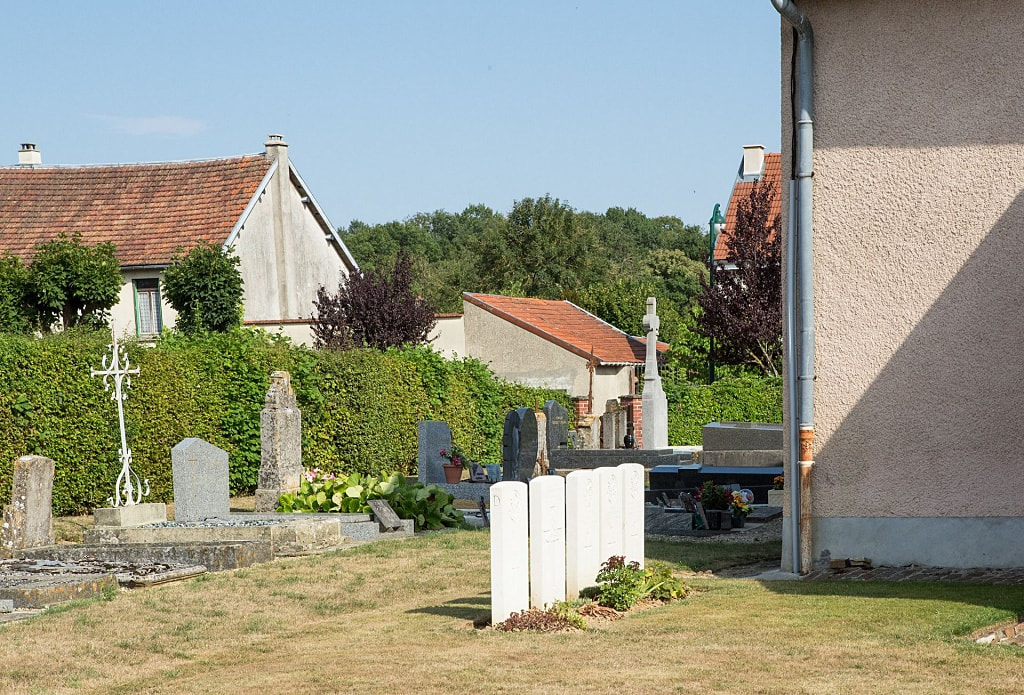 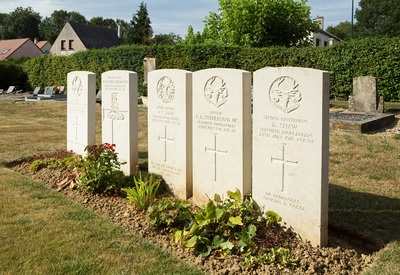 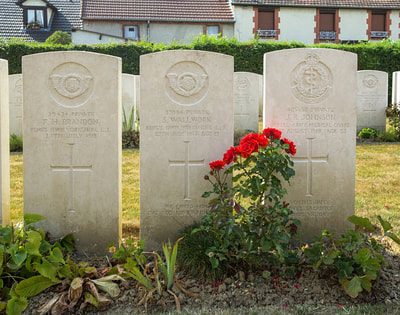 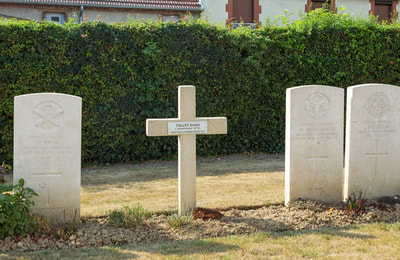 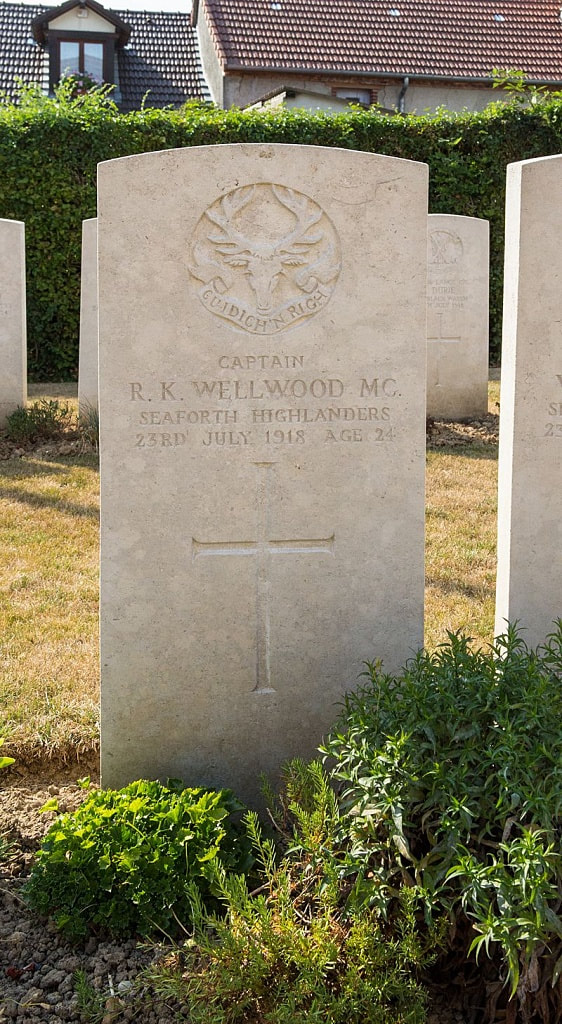 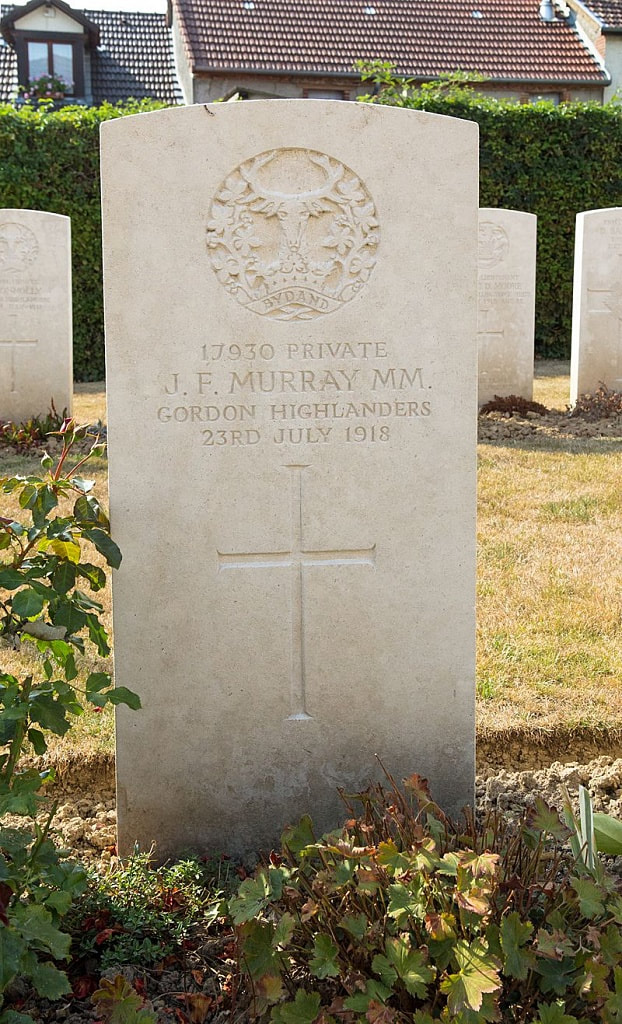 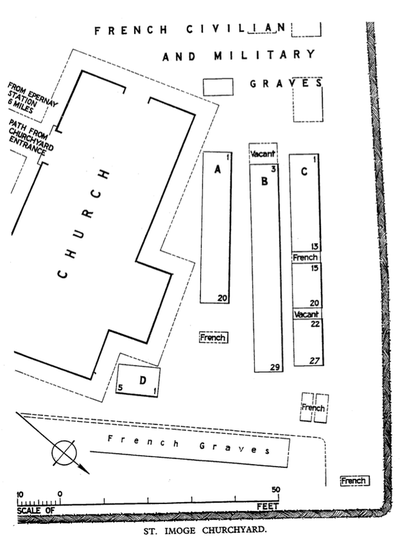 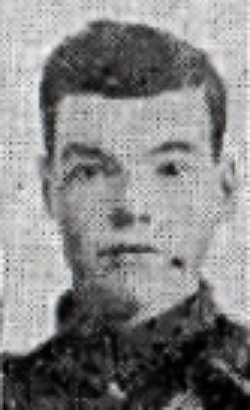 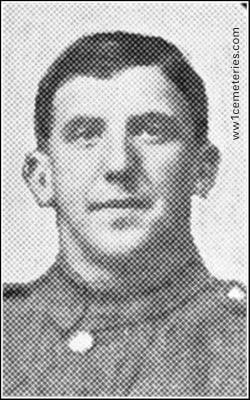 His headstone bears the inscription "Until The Day Dawns"
​ 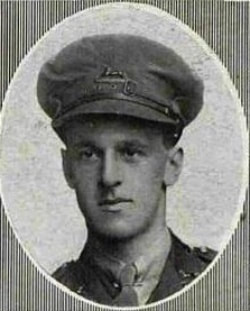 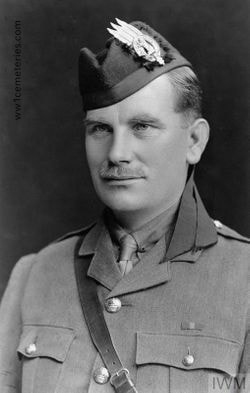 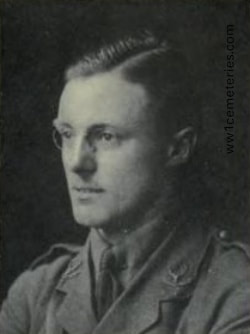 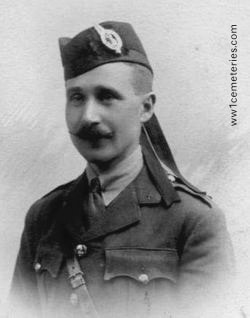 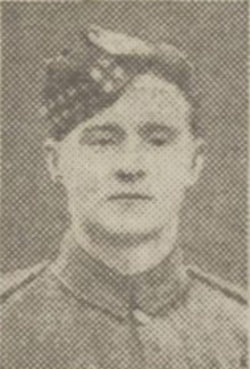 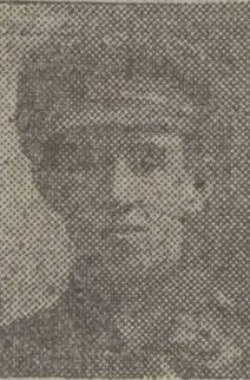 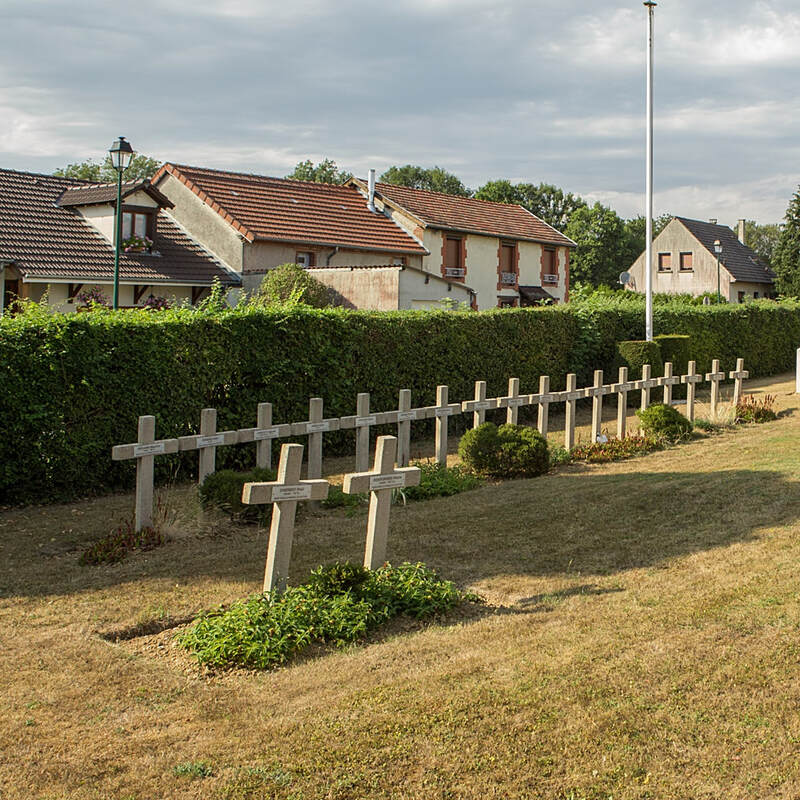 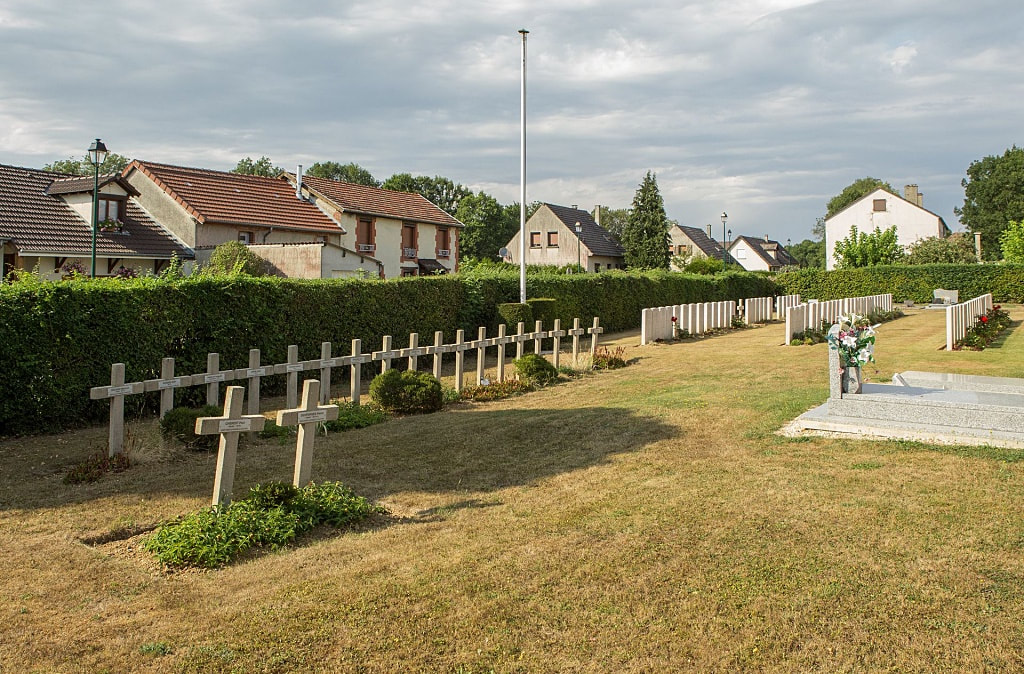