St. Mihiel American Cemetery is located on the D3 between Beney-en-Woëvre and Thiaucourt-Regniéville.

The World War I St. Mihiel American Cemetery and Memorial in France, 40.5 acres in extent, contains the graves of 4,153 of  military dead. The majority of these died in the offensive that resulted in the reduction of the St. Mihiel salient that threatened Paris. The burial area is divided by Linden alignment trees and paths into four equal plots. At the center is a large sundial surmounted by an American eagle. To the west is a statue of a World War I soldier and at the eastern end is a semi-circular overlook dominated by a sculpture representing a victory vase.

Beyond the burial area to the south is the white stone memorial consisting of a small chapel, a peristyle with a large rose-granite funeral urn at its center, and a map building. The chapel contains a beautiful mosaic portraying an angel sheathing his sword. On two walls of the museum are recorded the names of 284 of the missing. Rosettes mark the names of those since recovered and identified. On the wall facing the door is a large map of inlaid marble depicting the St. Mihiel Offensive.

Pictures in gallery below © Nicholas Philpot 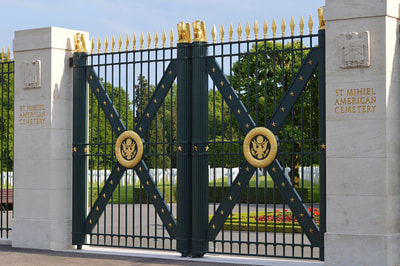 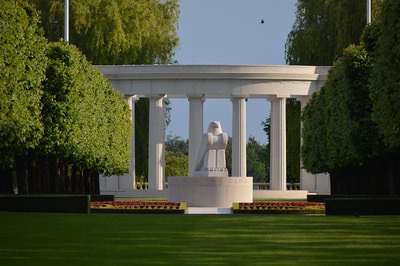 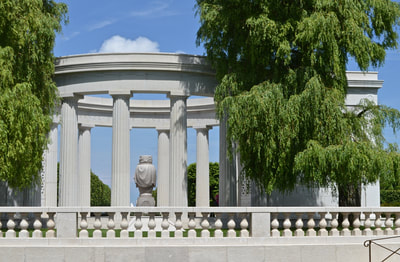 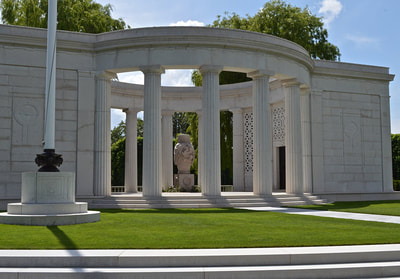 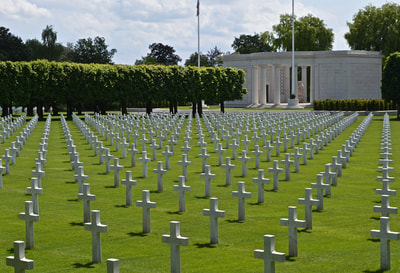 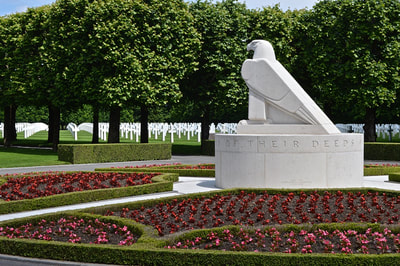 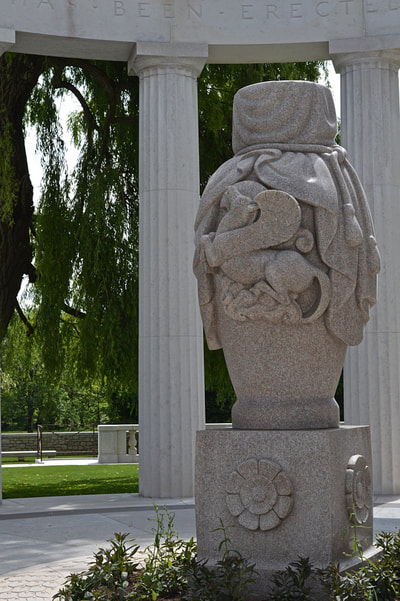 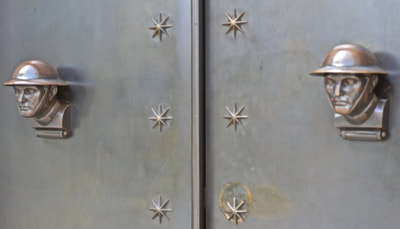 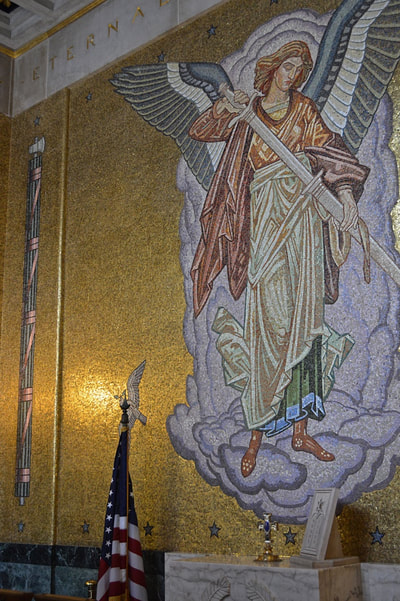 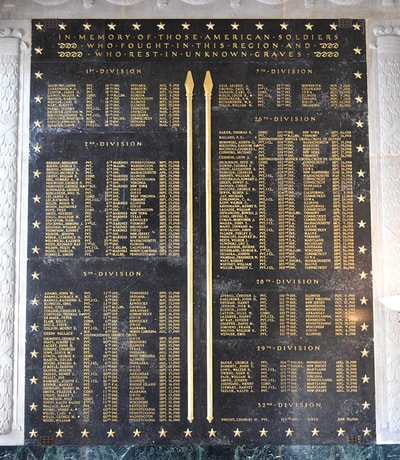