St. Quentin is a large town and an ancient cathedral city in the Department of the Aisne. The Northern Communal Cemetery is located in the St. Jean district of the town, along the Lesdins/Bohains road (Rue Georges Pompidou). The main entrance to the Cemetery is in the Rue Gaston Bonnier.

2203354 Serjeant Ernest George Sampson, 7th Bn. Queen's Own Royal West Kent Regiment, died 24th May 1940, aged 37. Son of Frederick and May Sampson; husband of Marjorie Winifred Sampson, of Gravesend, Kent. INSCRIPTION. ALWAYS IN THE THOUGHTS OF HIS LOVING WIFE AND CHILDREN. TILL WE MEET AGAIN.
​

(We are missing the Headstone of Private Pearson)
​ 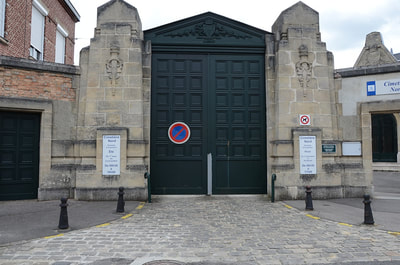 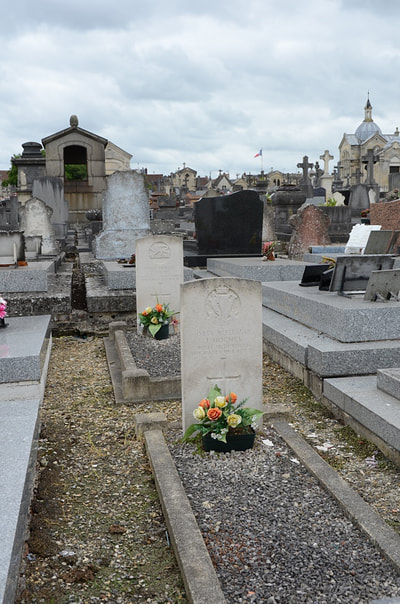 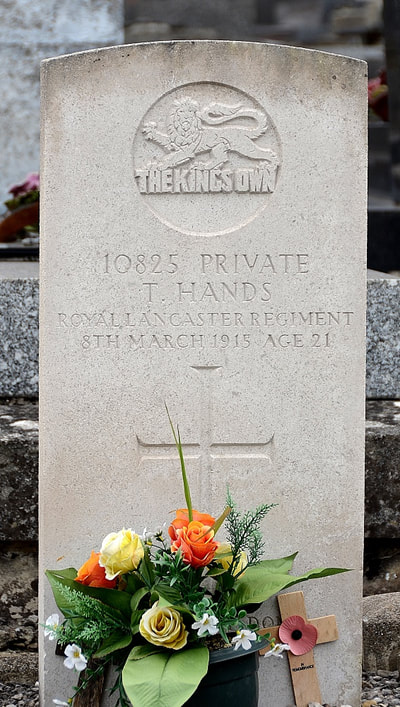 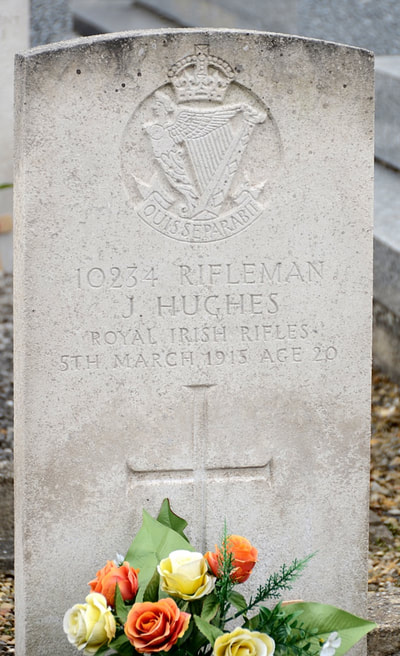 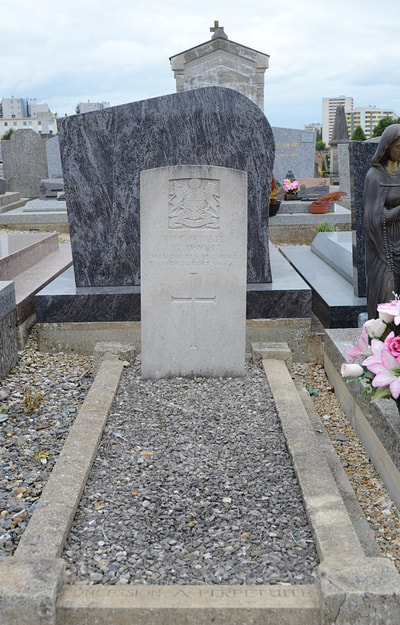 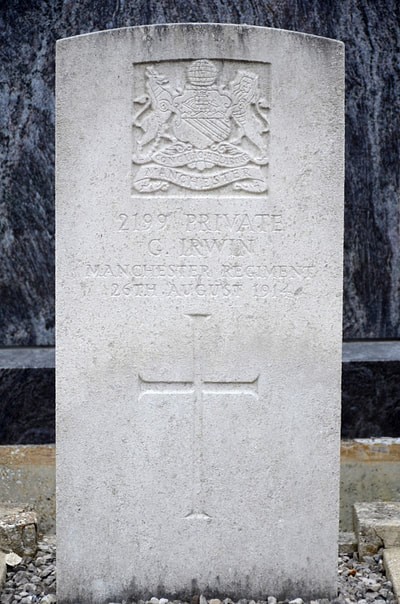 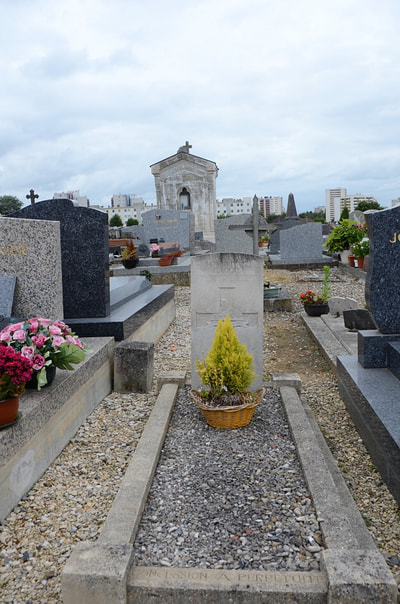 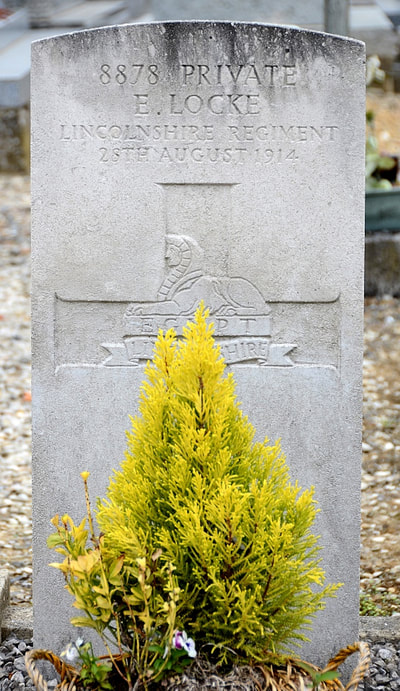 Private Thomas Hands and Rifleman J. Hughes were shot by the Germans on the 8th March 1915 for being spies after  being caught wearing civilian clothes in St. Quentin. They were actually left behind during the retreat at the end of August 1914 and couldn't get out before the Germans arrived to occupy the town. They were looked after by the local townspeople but were eventually arrested. They were tried by a military tribunal on 11th February 1915 and both were given the death sentence on the day of their execution. Gustave Preux who had hidden Hughes was condemned to fifteen years of forced labour in Germany and returned after the war with his health broken. The Commandant posted notices around the town proclaiming the execution of the two soldiers.

(We are missing the Headstone of Serjeant Sampson)​ 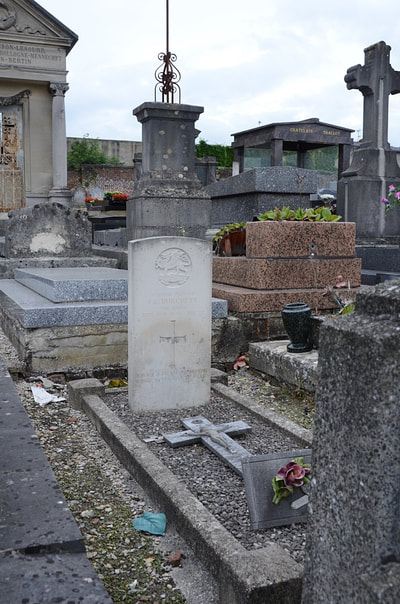 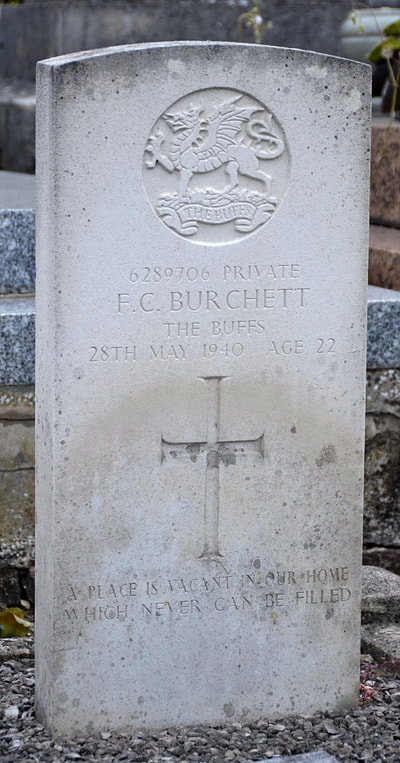