Dar Es Salaam War Cemetery is located on the right (eastern/coastal) side of Bagamoyo Road, which heads north-west along the coast from the centre of Dar-Es-Salaam and is clearly marked. It is about 5 kilometres from the city centre, and a roadside direction sign indicates the turn off for Bagamoyo Road into the lane leading to the cemetery.


Visiting Information
Dar es Salaam War Cemetery is open every day from 06:00 to 18:00. Wheelchair access to this cemetery is possible via main entrance.

Dar es Salaam was the capital of German East Africa. On 8 August 1914, the first recorded British action of the war took place here, when HMS Astraea shelled the German wireless station and boarded and disabled two merchant ships - the "Konig" and the "Feldmarschall".

The Royal Navy systematically shelled the city from mid August 1916, and at 8 am on 4 September the deputy burgomaster was received aboard H.M.S. "Echo" to accept the terms of surrender. Troops, headed by the 129th Baluchis, then entered the city.

On 12 September 1916, Divisional GHQ moved to Dar es Salaam, and later No 3 East African Stationary Hospital was stationed there. The town became the chief sea base for movement of supplies and for the evacuation of the sick and wounded.

During the Second World War, Tanzania saw the creation of several transit camps within its borders for Commonwealth forces moving to and from the Middle East and India.

DAR ES SALAAM WAR CEMETERY was created in 1968 when the 660 First World War graves at Dar Es Salaam (Ocean Road) Cemetery had to be moved to facilitate the construction of a new road. As the burials in the former African Christian, Non-Christian and Mohammedan plots had not been marked individually, they were reburied in collective graves, each marked by a screen wall memorial. (Memorial Gardens "B", "C" and "D"). During the early 1970s, a further 1,000 graves were brought into this site from cemeteries all over Tanzania, where maintenance could no longer be assured.

The cemetery also contains the DAR ES SALAAM HINDU CREMATION MEMORIAL which commemorates 14 Indian servicemen whose remains were cremated in accordance with their faith.

The DAR ES SALAAM BRITISH AND INDIAN MEMORIAL which stands within Dar es Salaam War Cemetery, commemorates by name more than 1,500 officers and men who died in East Africa during and after January 1917 (the advance to the Rufiji river) who have no known grave. The memorial was moved from a site elsewhere in the township and re-sited in Memorial Garden A. The earlier casualties are commemorated by a similar memorial at Nairobi, Kenya. 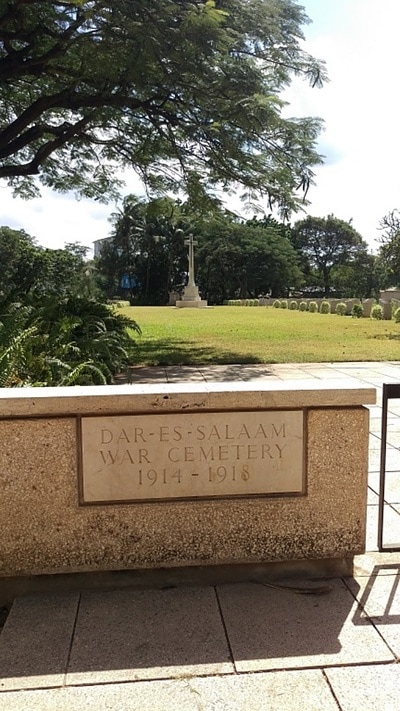 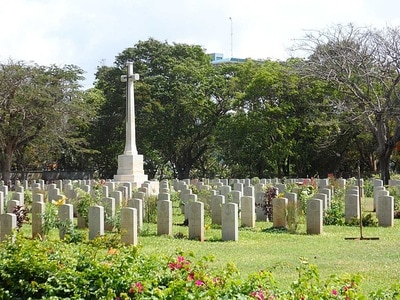 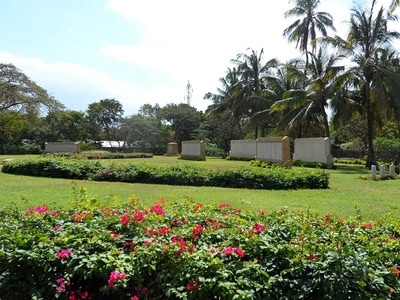 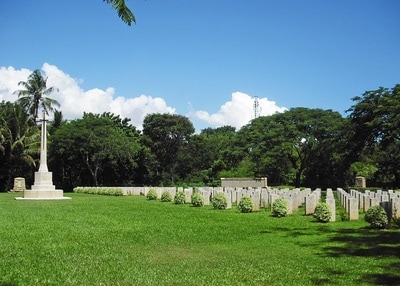 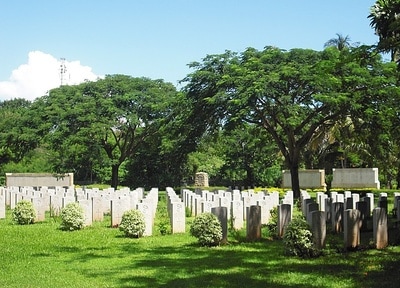 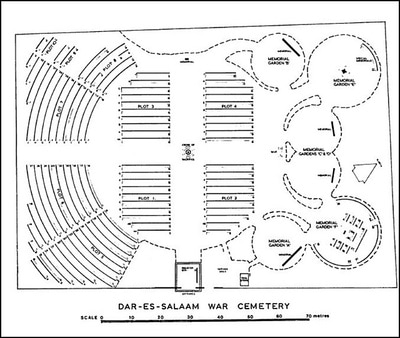 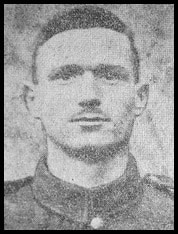 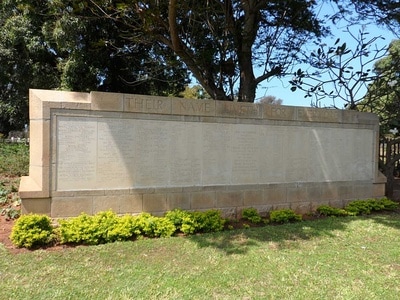 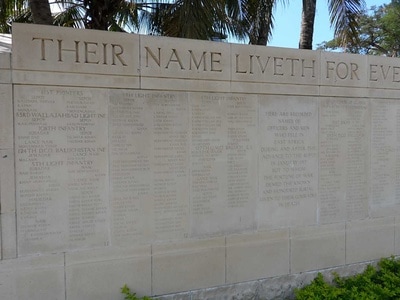 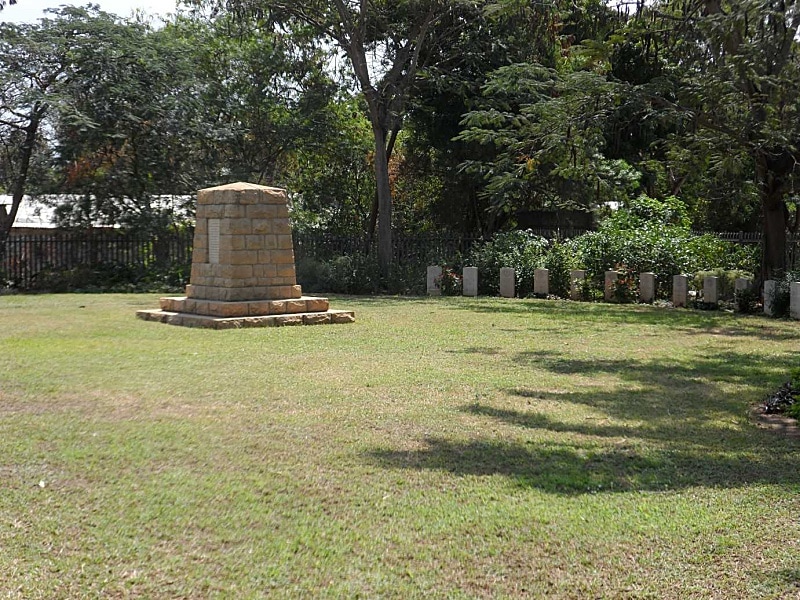