Dodoma is the administrative capital of Tanzania. It is situated in the centre of the country some 495 kilometres west of Dar Es Salaam, on the road via Morogoro.

The Cemetery is situated on the south side of the railway line, about 1 kilometre west of the station.

Dodoma Cemetery is open every day from 06:00 to 18:00. Outside of these hours the cemetery is locked with a coded padlock. If you intend to visit this site outside the opening hours the code to the padlock can be obtained from our office in Kenya on 00 254 20260 4301. The opening hours of this office are Monday-Friday 08:30-12:30, 13:30-16:30 (closed weekends).
Wheelchair access to this cemetery is possible via main entrance.

Dodoma was occupied by South African troops on 29 July 1916, and a casualty clearing station was opened from which burials were made in Dodoma Cemetery. Some graves were brought in from the cemetery after the Armistice from Kilmatinde and Mpapua Cemeteries.

The cemetery now contains 121 Commonwealth burials of the First World War, 11 of which are unidentified, and 31 Second World War burials. There is also one non-war grave and eight burials of other nationalities. 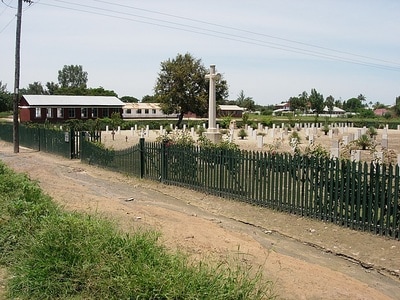 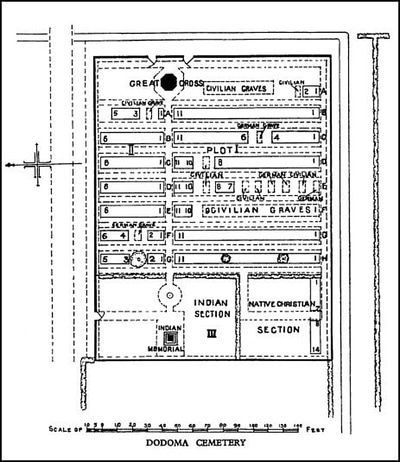