At the large roundabout on the main road from Dar-Es-Salaam take the turning for the town centre. Follow this road straight through the town and come out the other side on a narrow road lined with mango trees. About 1 kilometre from the centre of town, turn right onto a rough track (this is marked by a CWCG direction sign). After approximately 100 metres, bear left at the fork (also signposted) and the cemetery is about 50 metres along the track on your right, set back amongst trees.

Morogoro was occupied by Commonwealth forces on the 26 August 1916 and the German civil cemetery was taken over for Commonwealth war burials. Between the beginning of September 1916 and January 1919, 177 burials were carried out by the five medical units which were posted in the town and which were, at the outset, assisted by German medical personnel and civilians. After the Armistice, 169 graves were brought in from other burial grounds, including the following:

BUKU BUKU (or DINA BUKU) GRAVES, between Morogoro and the Mwuha river. The place was occupied in September 1916 and a medical unit was posted there.

DUTHUMI MILITARY CEMETERY, between Morogoro and the Rufiji. The place was captured in September, 1916.

TULO CEMETERY, on the Mikese-Duthumi road. The place was occupied in September 1916. 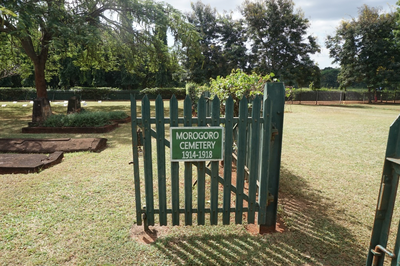 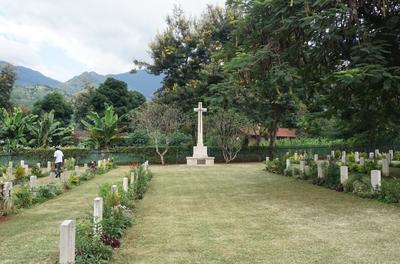 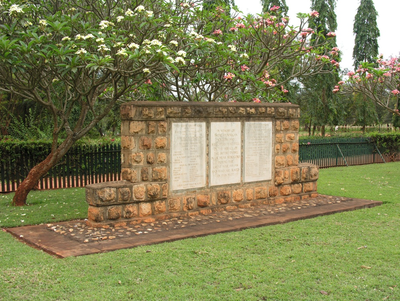 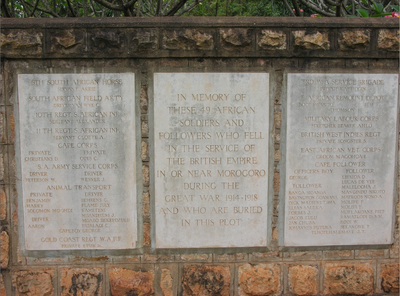 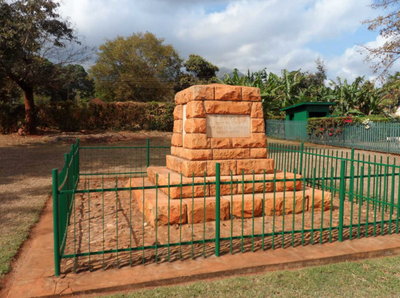 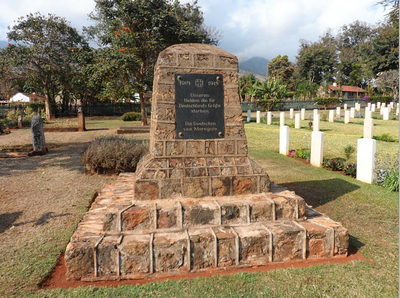 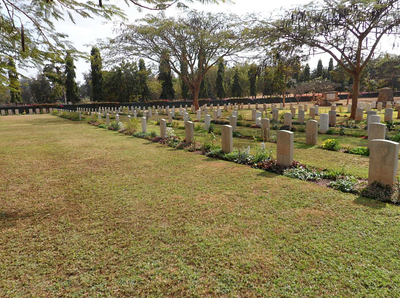 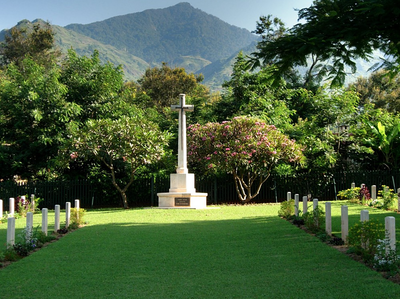 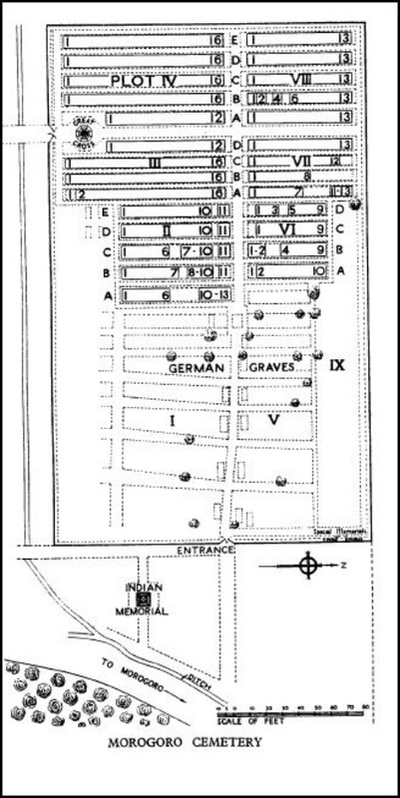 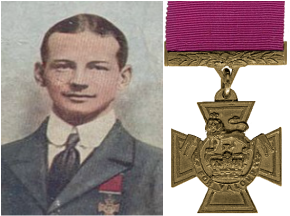 Citation: An extract from "The London Gazette dated 23rd Aug., 1915, records the following:-"For most conspicuous bravery in the Cameroons, West Africa. On 17th November, 1914, with a party of 13 men, he went into the thick bush and at once attacked the enemy, in strength about 100, including several Europeans, defeated them, and captured their machine gun and many loads of ammunition. On 27th December, 1914, when on patrol duty, with a few men, he swam the Ekam River, which was held by the enemy, alone and in the face of a brisk fire, completed his reconnaissance on the further bank, and returned in safety. Two of his men were wounded while he was actually in the water".