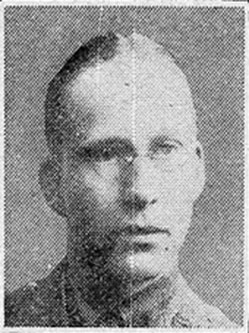 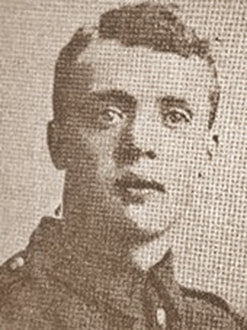 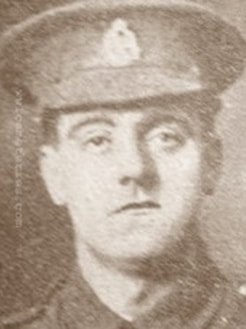 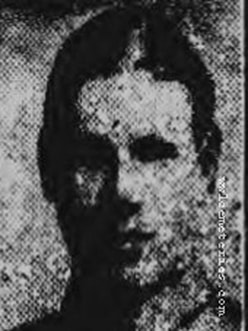 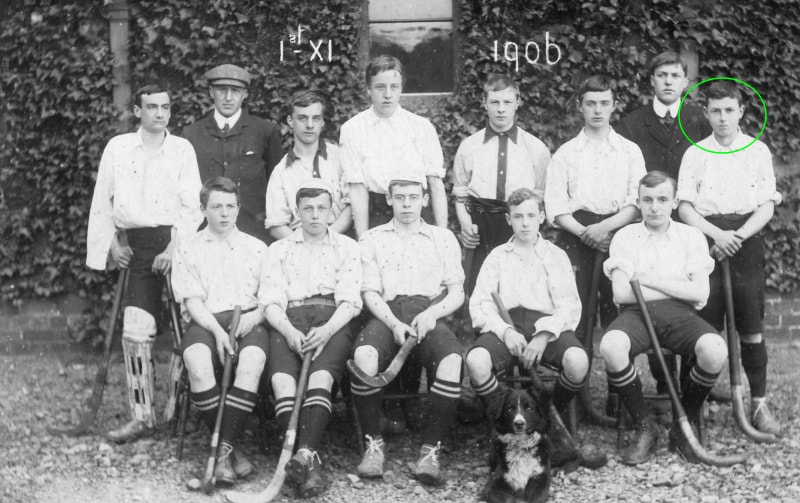 The information below supplied by 'The Ellesmerian Club', the alumni organisation for Ellesmere College where Harold was a pupil.

Harold Meredyth Adcock was born in Horsham,Sussex on 23rd August 1890, the only son of Charles and Alice Adcock. He arrived at Ellesmere College, north Shropshire in January 1902 when there were one hundred and ninety-two pupils on the nominal roll. He was allocated to the ‘Arthur’ dormitory and placed in Form Upper II under the guidance of Mr. Kaye. For the next six years Harold played a very active part in college life, not just on the sports field but in many extra-curricular activities ranging from drama to public debating.

It was on the sports field that he excelled. He represented the college and his dormitory in hockey, cricket, football, swimming and athletics, earning his full Colours in several of them. His cricketing prowess was summarised; “A very steady & painstaking bat. It is not too much to say that we owe our success in several matches to him alone. He has all the makings of a first class bat…..”.  His skills on the football pitch led him to be a member of the college’s 1st XI team and he was to captain the ‘Arthur’ cricket team in the 1906 season.

On the Big School stage, he ‘trod the boards’ and took on various roles in ‘Much Ado About Nothing’ (1905), ‘King Henry IV, Part 1’ and ‘Twelfth Night’ (1906). He was an active member of both the Debating Society and the Games Committee, progressed through the ranks of the Officer Training Corps, was appointed Prefect and finished his career as Prefect of Hall. Academically, less is known but he was awarded several prizes over the years and took on the role of Editor of The Ellesmerian magazine in his last year or so.

On leaving Ellesmere in December 1908, Harold went to Hanover for six months before he entered Christ’s College, Cambridge where he read for the Medieval and Modern Languages Tripos. He was a Scholar of his College, and took an Honours Degree in 1912. During his residence, he was a member of the University O. T. C., played hockey, coxed the 1st Lent and 2nd May boats in 1910 and edited the college magazine.

From Cambridge, Harold held an appointment with the Prussian Government at the Realgymnasium at Frankfort-on-Oder. He then joined the staff of Bablake School, Coventry as a modern languages master. Here he organised the Officer Training Corps and was on summer camp at Warwick Castle when war was declared.

He immediately applied for service through the Cambridge University O. T. C. and was gazetted to the 10thBattalion, the Lancashire Fusiliers in September 1914, being promoted full Lieutenant on 1st February 1915.

Harold embarked for the Western Front on 16thJuly 1915 and served with the battalion in the trenches until he was invalided home with an attack of enteric that December. He was promoted Captain on 24th April 1916 and returned to France soon after. In early July he was the company commander of ‘D’ company, the 10th Battalion, the Lancashire Fusiliers.

The regimental history records: "At 12:15 am on July 5th the artillery opened a bombardment of Quadrangle Trench, under cover of which the 9th Northumberland Fusiliers and the 10th Lancashire Fusiliers crept to within a hundred yards of the enemy position. At 12:45 am the two battalions charged. In the 10th Battalion ‘C’ Company (Capt. D.W, Thacker) and ‘D’ Company (Capt. H.M. Adcock) captured Shelter Alley and Quadrangle Trench without much fighting except on the left, where they met with rifle and machine gun fire...Unfortunatley, the company commander, Capt. H.M. Adcock, was killed as he leapt into the German trench".

In the ‘Wheatleyean’ magazine (Bablake School) he was remembered as follows: “ It is given to few to make in the space of a short year so marked an impression on the life of the school…..He was a man for whom a more than ordinary distinguished career would have been prophesised…. Whilst we lament his loss, and whilst we venture to offer our condolences to his relatives in this terrible bereavement, we are proud to feel that one of our masters has set such an example of sacrifice and devotion to duty, and hope that we, each in his lesser way, may follow his example”.

Harold’s body was never recovered, his life and sacrifice is commemorated on the Thiepval Memorial and on memorials at St. John’s the Baptist Church, Coventry; Bablake School and Ellesmere College. 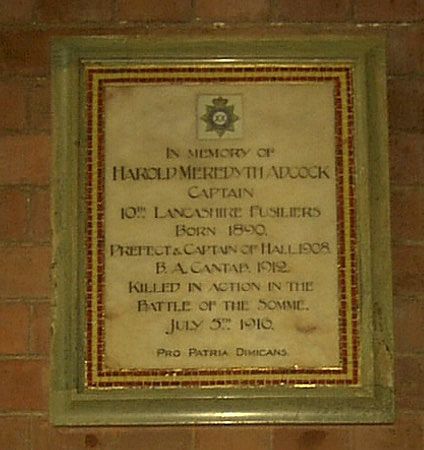 The plaque alongside the War memorial at Ellesmere College. 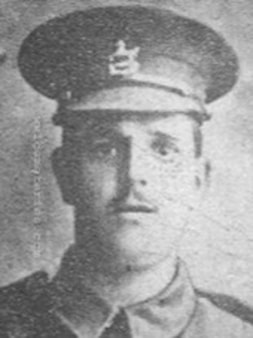 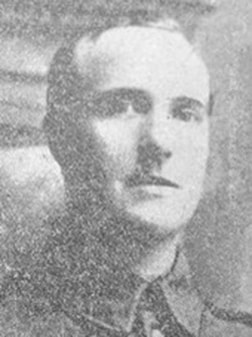 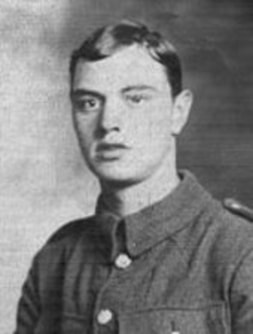 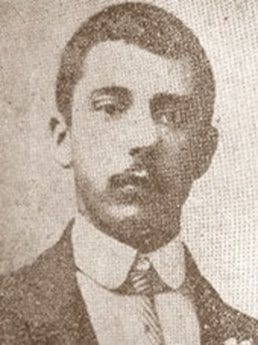 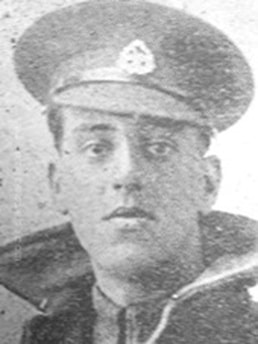 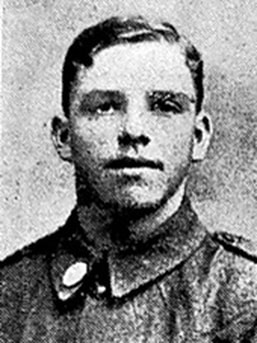 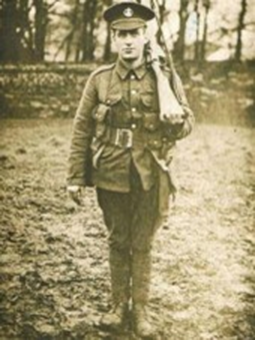 Picture courtesy of Marlene Sayers, great niece of this soldier 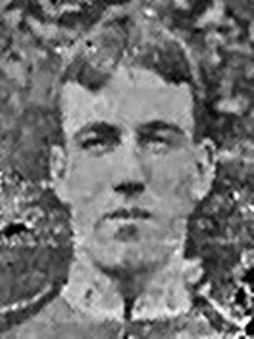 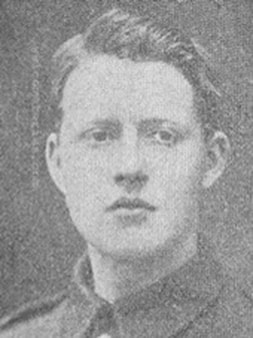 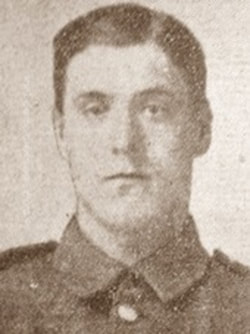 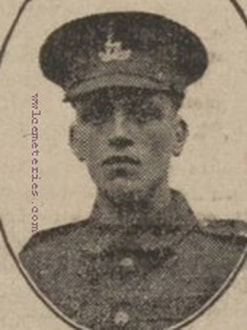 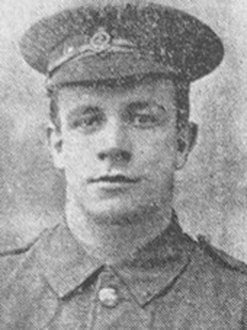