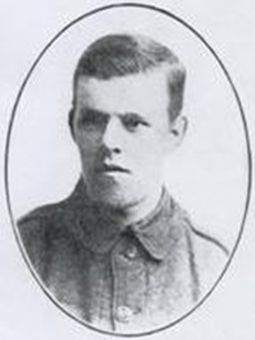 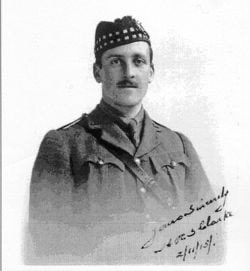 ​Son of the Rev. Walter John Clarke and Mrs. Clarke, of The Rectory, Kelso, Roxburghshire.

The information below supplied by 'The Ellesmerian Club', the alumni organisation for Ellesmere College where Hugh was a pupil.

At the time he was sent to board at Ellesmere College in September 1904, the family lived at The Rectory, Kelso. Hugh took up residence in the ‘Edward’ dormitory and, over the next four years, he took an active part in college life.

There are very few records that refer to any academic achievements but he was no stranger to the sports field and he represented his dormitory in cricket, hockey and football. In the latter sport, the match report for the final game in 1908 between the ‘Edward’ and the ‘Woodard’ dormitories noted: “Clarke defended well in the second half.

Hugh was a member of the college choir and sung for those assembled at Speech Day 1905. By swimming five lengths of the pool whilst wearing cricket flannels, he gained his swimming certificate that summer. Through his involvement with the Officer Training Corps, where he was promoted Lance-Corporal, he represented the college as a member of the Shooting VIII. The Ellesmerian (November 1908) recorded: “the shooting throughout the term was good, and some of it exceptional. There was a record score against Hurstpierpoint on 23rd June”. Hugh was awarded his Shooting Colours that year.

He was also awarded his ‘Hopeful’ Colours. These colours had been introduced at the instigation of the Headmaster who suggested “that in addition to the Colours of the Elevens, there should be awarded - to two members of each club (except the 1st), should any members of those clubs prove deserving - a dark blue pocket, to encourage keenness in the junior clubs. Any such member of a club will be entitled to the name of "Hopeful"

Hugh left Ellesmere in December 1908 and there is very little information available as to what happened to him over the next four years. On 2nd May 1913, he embarked on the ss Medina in London, bound for Singapore and a career as a rubber planter on the Cheviot Estate in the Negri Sembilan region.

He enlisted, on 19th October 1914, into the Malay State Volunteers (or ‘The Vultures’ as they were locally known), who were organised along similar lines to those of the British Territorial Army.  Determined to serve his country, Hugh made his way, via Kobe, Japan, back to London on board the “Kitano Maru” and arrived in England on 4th February 1915.

The very next day, he enlisted as Private Clarke, Service No.1571 in the 16th Battalion, the Middlesex Regiment at Woldingham Camp, Surrey. He stated that his previous occupation was that of a rubber planter and that he had previous military experience as a member of the Malay States Volunteer Rifles. After only one hundred and five days service as an ‘Other rank’ he was put forward for a commission and, after three months training, he received a temporary commission on 21st May 1915 in the 11th (Service) Battalion, the Gordon Highlanders. He undertook military duties in Edinburgh and in March and April 1916 he underwent training at the Machine Gun Corps Training Centre at Grantham. He embarked on active service overseas on the 19thJuly 1916.

From the original war diary, the actions of the battalion can be tracked on a day by day basis.

For the 16th August it notes: “ Battn moved to Talus Bois 2pm and forward to Dublin Trenches”.

On the 18th August, the diary shows that: “the Battn. moved to trenches in front of Maltz Horn Farm for assault at 2.45pm. 1st objective gained but attack failed with heavy losses: 260 casualties”. It is highly probable that Hugh was one of those casualties. He was killed in action on the day after his 25th birthday and less than a month after arriving in France.

His life is commemorated on the Thiepval Memorial, and on memorials at Ellesmere College and at St. Andrew’s Church, Kelso. At the latter, the family also presented a brass altar cross as well as a litany desk and book in his memory.

“A young man of splendid bearing and of a winning disposition, he was much liked by all who knew him”. 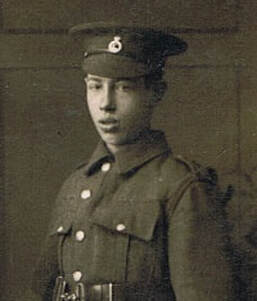 Arthur was born on the 5th February 1899, the eldest son of Noah & Alice Mary Clements of Froghall Lane, Walkern. He joined the Hertfordshire Regiment on the 9th January 1915 when he was aged 15 and served in the UK until the 30th August 1916 when he was posted to France.

The young inexperienced soldier was transfered to the 1st/4th West Riding Regiment on the 10th September 1916 after the Battalion suffered very heavy casualties during an attack on the Schwaben Redoubt on the 2nd September. Arthur arrived at the Battalion on the 12th September and on the 23rd, at the height of the Somme Offensive, the Battalion were in positions in the Leipzieg Salient where they were preparing to be relieved by the 5th West Riding Regiment. Here the trenches were described as being in a very bad state, owing to wet conditions and unburied dead bodies. The Battalion were detailed to move to Leavilliers by bus and it is not known at what point Arthur Clements was killed but it is possible that his loss was as a result of artillery fire.

Arthur has no known grave and his name is recorded on the Thiepval Memorial, Somme, France. Pier/Face 6A.) 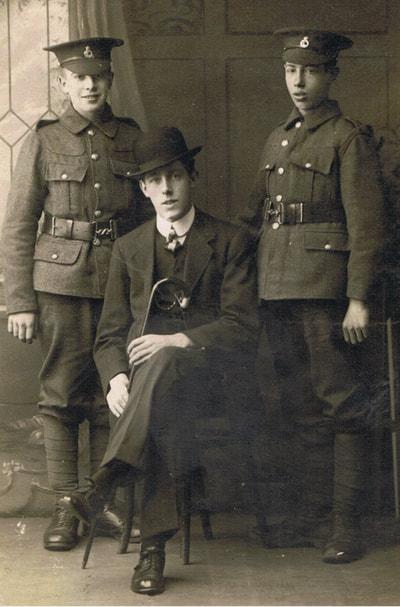 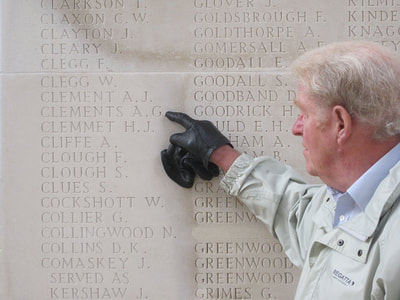 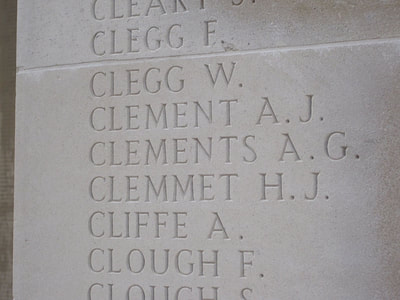 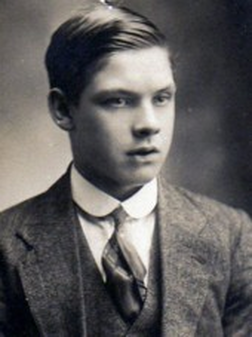 George was the son of Private Joseph Colclough who died on 22nd November 1915, and is buried at Hedge Row Trench Cemetery, near Ypres, Belgium, and Ellen Colclough of Tunstall, Stoke on Trent Staffs, England and the elder brother of my father Thomas Colclough. He was 17, and went to war as a result of three girls from the same street as him sending him a white feather. They were never forgiven. He was only there a few weeks when he was killed. This war took my grandfather, two uncles, one great uncle and several of my father's cousins. Almost an entire generation from one family. 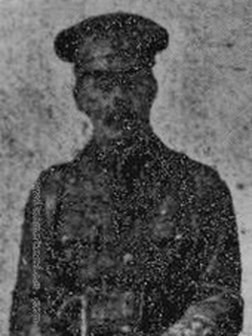 
Son of Francis William and Sarah Colley, of Sheffield. 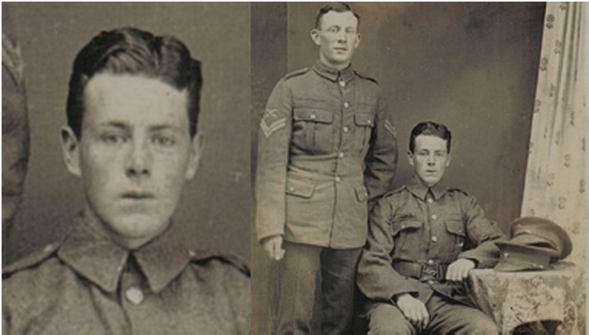 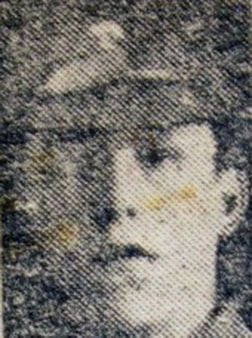 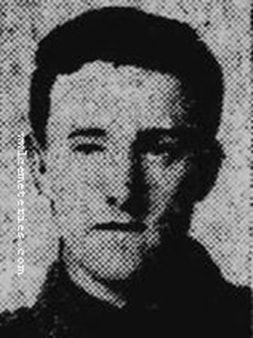 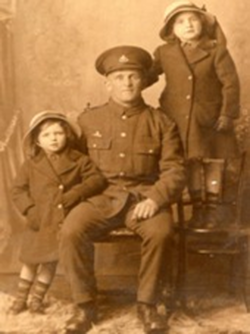 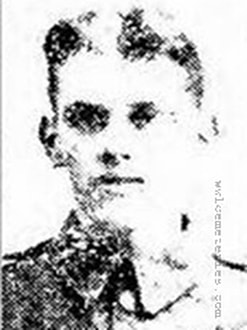 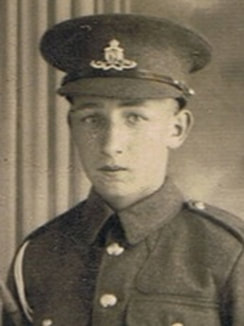 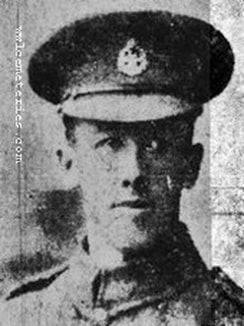