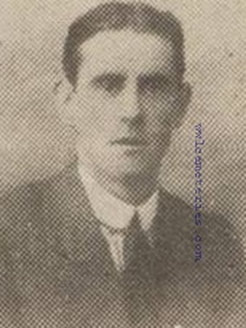 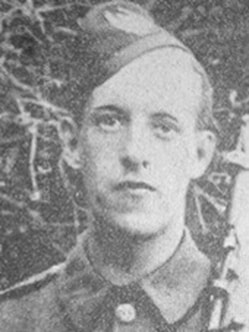 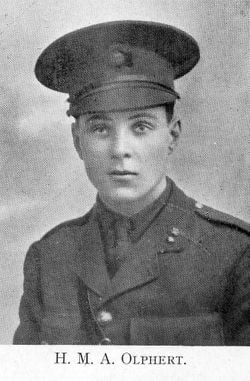 The information below supplied by 'The Ellesmerian Club', the alumni organisation for Ellesmere College where Hugh was a pupil.

Hugh Montgomery Archdale Olphert, known as ‘Archie’ during his time at Ellesmere College, was the youngest son of the Reverend John Olphert of Urney Rectory, Sion Mills, Co. Tyrone. He was born at Inishowen, Ireland on 8th April 1898 and he was admitted to the college on January 26th 1912, just before his fourteenth birthday. He had been previously educated at Snettisham Grange, Norfolk and Monkstown Park School, Dublin. His elder brother, Thomas, had entered Ellesmere the previous September.

Hugh entered the ‘Conqueror’ dormitory and took up his desk in Form IV, under the instruction of Mr. Curtis, who would himself die on active service during the war. He soon began to take an active part in college life. Academically, very few records exist but he did pass his Junior Oxford Local Examinations in Arithmetic, Divinity, Latin, French and Mathematics. A year or so later he passed his Senior Examinations in similar subjects.

He represented his dormitory in hockey and cricket as well as representing the college in rugby. In the latter, he became a member of the 1st XV team where he played forward and was to be awarded his full Colours. One commentator at the time recorded that; “Olphert came late into the team. Plays the forward with enthusiasm, but is rather too gentle. Has a useful habit of getting away from a loose scrimmage with the ball at his feet. Keen.”

He was a member of the Debating Society and eventually took on the role of Secretary. He was an active member of the Games Committee and became the Editor of The Ellesmerian. He was appointed Prefect and left Ellesmere in July 1915.

He obtained a commission in the 3rd Battalion, the Royal Munster Fusiliers, attached to the 7th Battalion Leinster Regiment, on 21st October 1915. Easter 1916 saw him directly involved in the Irish Rebellion – TheEllesmerian (July 1916) recorded that “he was stationed at Wexford, one of the hottest quarters of the rebellion. He was a member of the sentry group on a bridge near Enniscorthy and was on duty all night and part of the day. The little sleep he and his companions obtained, they were thankful to take with their packs on their backs and their rifles by their sides. He returned from Wexford at the conclusion of the rebellion only to find that the clothes he had left behind had been stolen in his absence”.

After the rebellion had been quelled, he embarked for France and active service overseas. He was with his battalion at the Somme on 9th September 1916 when he was despatched to the 6th Battalion, the Royal Irish Regiment which was short of Officers. Later that day, he was killed leading his men into action some five hundred yards east of Guillemont. He was one of 1,792 Allied servicemen who died that day.

Hugh was awarded the Victory Medal and the British War Medal. He has no known grave and his life is commemorated on memorials at Thiepval and at Ellesmere College. 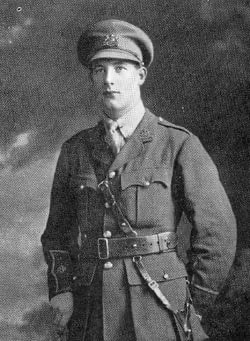 The information below supplied by 'The Ellesmerian Club', the alumni organisation for Ellesmere College where Edmund was a pupil.

​
​Edmund Outram, the only son of Edmund, a Captain in the Mercantile Marine, and his wife, Agnes, was born in Glasgow on the 15th April 1895. By the very nature of his job, Edmund’s father was to be away from home a great deal and many aspects of family life, including arranging their son’s education, was left to Agnes. It is her details that appear in the Headmaster’s Register of the time. Prior to his arrival at Ellesmere College, Edmund was educated at the Maclaren House School, Callender.

He arrived in Shropshire on 18th September 1908 as a thirteen-year old boy ready to take up his place in the ‘Alfred’ dormitory and his desk in Form II under the tuition of Mr. Sinclair. At the time, the numbers on the college’s nominal roll were very low, just over one hundred and forty boys

Edmund was at Ellesmere for three years and it appears that, on the sporting side of college life, he excelled at hockey as he was selected to play in the 1st XI and was awarded his full Colours. In his final season, one commentator recorded: ”Plays well but must pass with more determination. Slow in recovery when beaten”. He also represented his dormitory in football.

There are no records of any academic achievements, examinations passed or prizes awarded. He ‘trod the boards’ in a minor role in the Shakespearian Society production of ‘Love’s Labours Lost’ (1910).

He left Ellesmere in 1911 and it is not known if he went onto any form of further education or sought employment. The Ellesmerian (November 1914) records that “he is trying for a commission” which would indicate he had enlisted soon after the outbreak of war.
​
On 30th September 1915, it was gazetted that he was a 2nd Lieutenant in the 26th (Reserve) Battalion, the Manchester Regiment. This information was somewhat out of date as he had, in fact, been promoted Lieutenant, with seniority effective from 3rd April that year. The battalion’s principal role was to train new recruits for the front-line and it was initially based at Prees Heath, Shropshire. It relocated to Altcar in June 1916. Edmund did not relocate as he had embarked for France on 29th May. Less than five weeks later, on 1stJuly, he was killed. One of three Ellesmerians to die on active service that day and one of the fourteen thousand men ‘The Manchesters’ lost during the war.
He has no known grave but is commemorated on memorials at Thiepval, Ellesmere College and at Liverpool Town Hall.

His father served throughout the war as a Naval Captain and commanded the ss Alsatian when it became an armed merchant cruiser and the flag ship of the 10th Cruiser Squadron. He was awarded the Distinguished Service Order in August 1915. He died in 1937 and is buried in St. Oswald’s Churchyard, Filey, North Yorkshire. 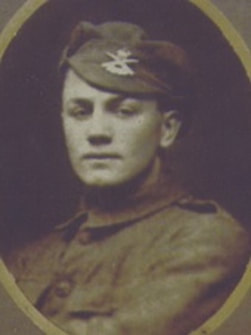 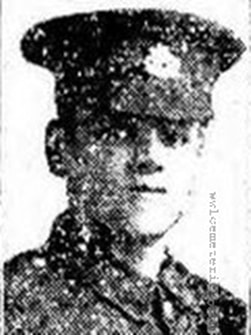 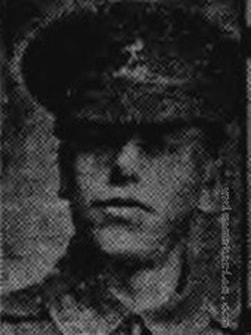 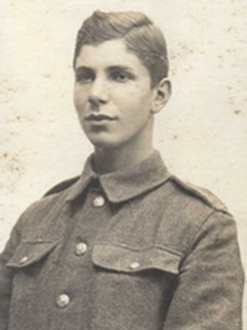 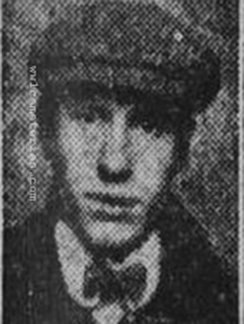 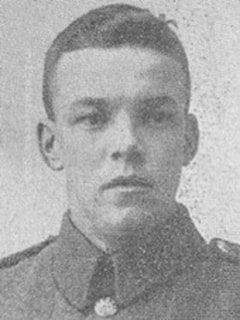 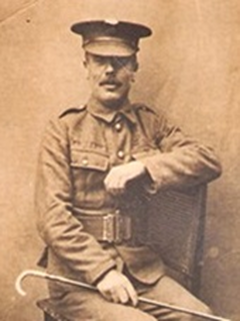 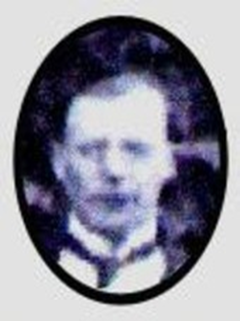