From Antwerp the N12 leads directly to Turnhout itself via Westmalle.

From the Grote Markt in the centre of Turnhout follow the one way system around Sint-Pieterskerk and turn right into the Herentalsstraat which becomes Gratakker further along. Follow this road for 1200 m to the traffic lights at the Turnhout ring road. Turn left at this junction onto Parklaan and go 800 m to the first set of traffic lights. Here turn left into Kwakkelstraat. The Communal Cemetery lies 350 m along this road on the right. The Commission plot is 50 m into the cemetery on the right hand boundary wall.

Turnhout Communal Cemetery contains a small plot of 34 Commonwealth burials of the Second World War. To the west of these, by the south wall, are two First World War graves. 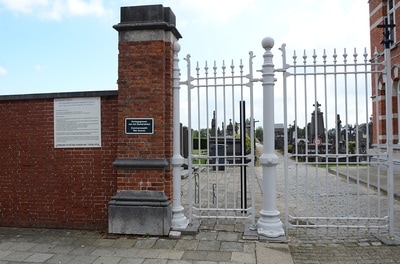 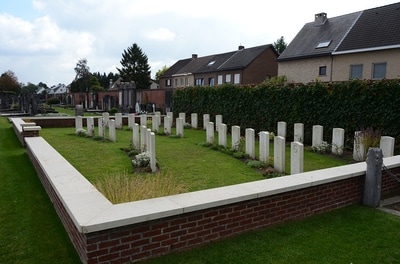 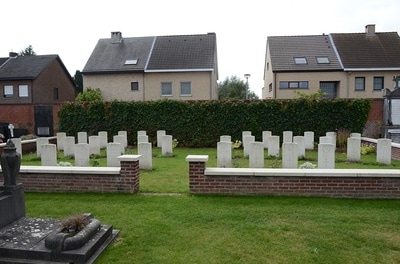 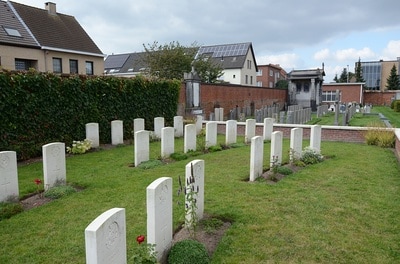 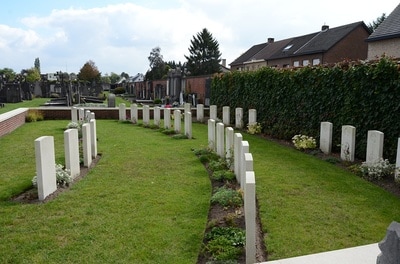 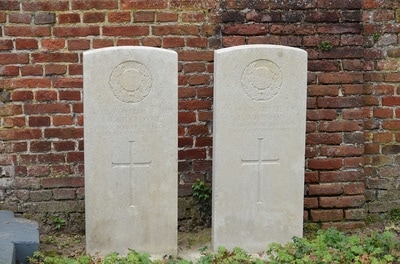