Vertigneul is a hamlet of the commune of Romeries in the Department of the Nord. The Churchyard is located in the centre of the village

Vertigneul and Romeries were both taken by the 1st Otago Regiment, the 2nd Canterbury Regiment and the 8th Lancashire Fusiliers on 23 October 1918.

Vertigneul Churchyard contains the graves of 20 Commonwealth servicemen of the First World War, 19 of them from New Zealand units and there is 1 German war casualty. 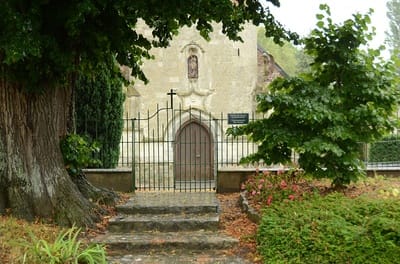 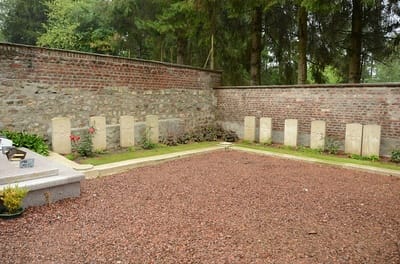 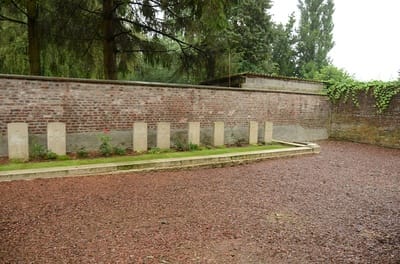 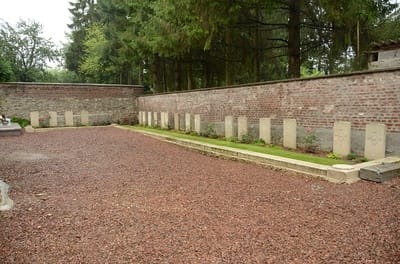 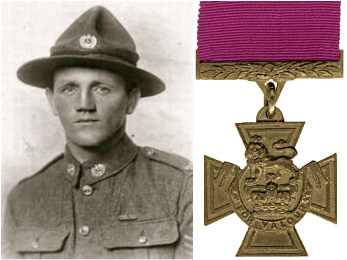 Son of Richard and Hannah Nicholas. Buried by the Bishop of Nelson, 29th Oct.


Citation: An extract from "The London Gazette" dated 8th Jan., 1918, records the following:-"For most conspicuous bravery and devotion to duty in attack. Pte. Nicholas, who was one of a Lewis gun section, had orders to form a defensive flank to the right of the advance which was subsequently checked by heavy machine-gun and rifle fire from an enemy strong point. Whereupon, followed by the remainder of his section at an interval of about twenty-five yards, Pte. Nicholas rushed forward alone, shot the officer in command of the strong point, and overcame the remainder of the garrison of sixteen by means of bombs and bayonet, capturing four wounded prisoners and a machine gun. He captured this strong point practically singlehanded, and thereby saved many casualties. Subsequently, when the advance had reached its limit, Pte. Nicholas collected ammunition under heavy machine-gun and rifle fire. His exceptional valour and coolness throughout the operations afforded an inspiring example to all." 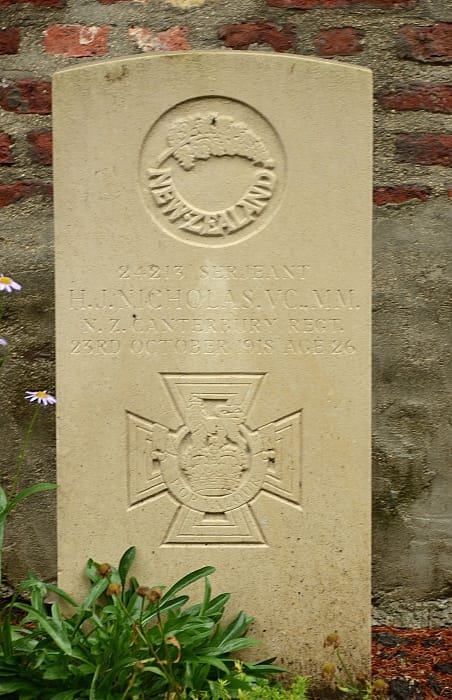 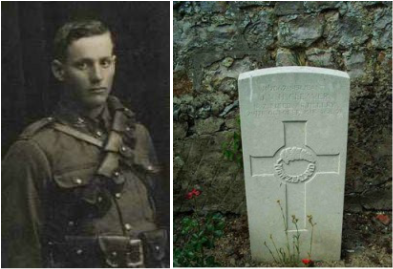 Pictures courtesy of Hugo Goeke of Cologne, Germany and Grant Kneebone now of Germany, formerly of New Zealand (relative of Sgt Cleaver), both of whom  recently visited this cemetery to pay their respects. 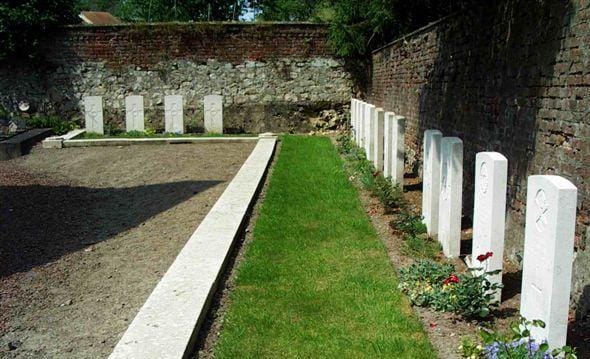