Having passed the ferry port terminal continue northwards along the N34 (following the route of the tramlines) for 1.5 km. Sint Donaas church is a large red brick building with a slate roof. Having seen the church on the right hand side, turn right of the N34 onto the Sint Donaas kerk straat. The Commission cemetery is at the far right side of the churchyard surrounded by a red brick wall.

The port of Zeebrugge was used by the British Expeditionary Force in October 1914, and bombed by Commonwealth and French aeroplanes thereafter. On 23 April 1918, British sailors and marines, in a collection of monitors, destroyers, motorboats, launches, old cruisers, old submarines and Mersey ferry-boats attacked the mole at Zeebrugge and attempted to block the canal leading to Bruges and to the German submarine headquarters.

There are 30 Commonwealth servicemen of the First World War buried or commemorated in ZEEBRUGGE CHURCHYARD. 17 of the burials are unidentified but a special memorial commemorated an officer of the Royal Naval Air Service officer known to be buried among them.

Within the churchyard is the ZEEBRUGGE MEMORIAL which commemorates three officers and one mechanic of the Royal Navy who died on the mole at Zeebrugge and have no known grave. 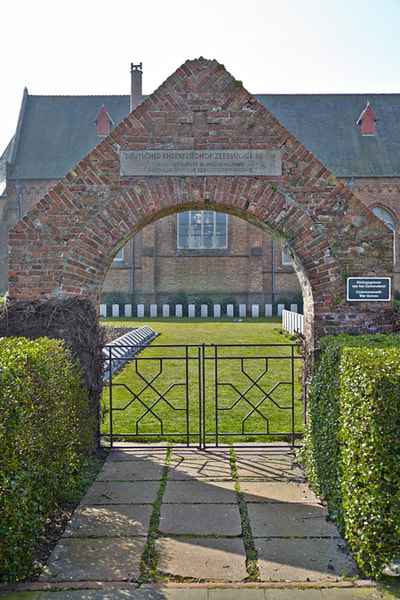 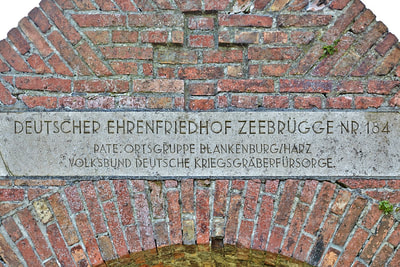 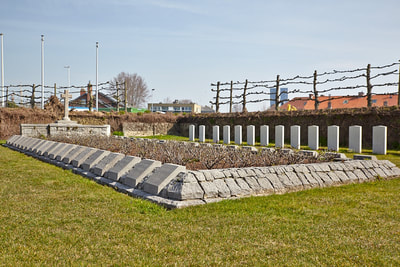 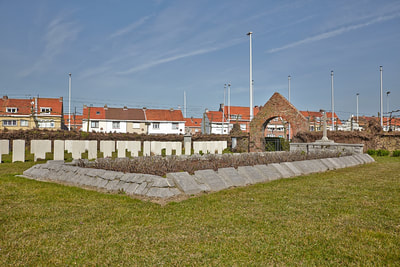 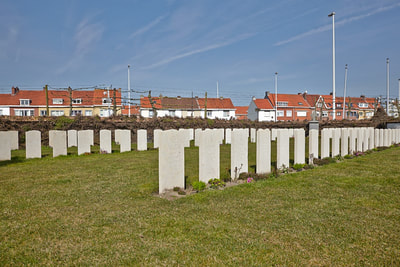 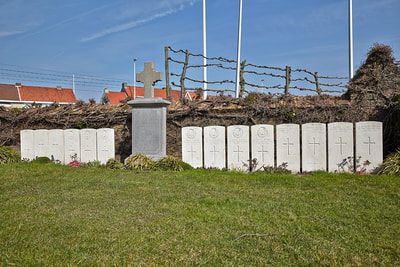 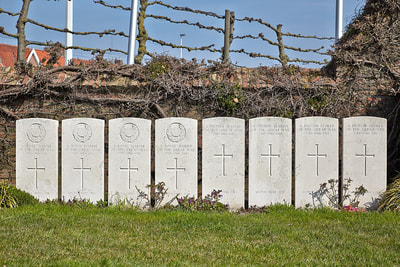 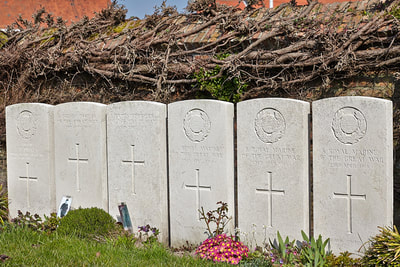 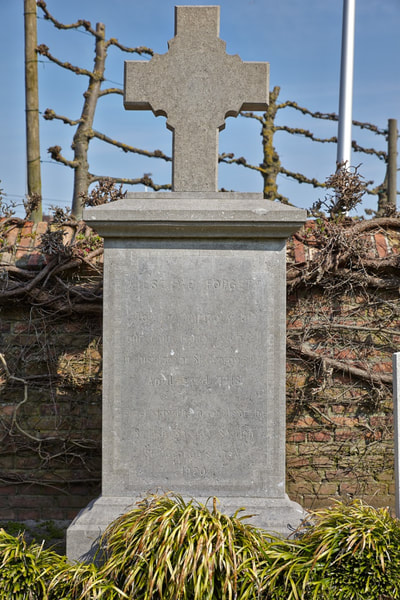 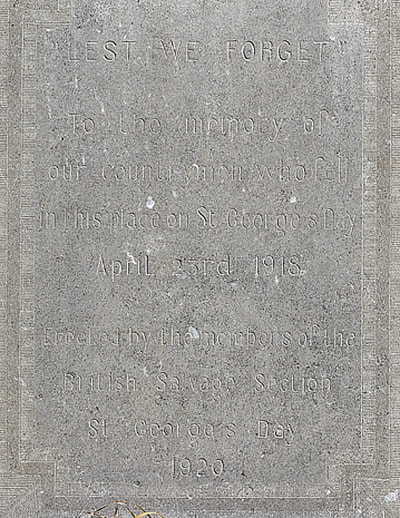 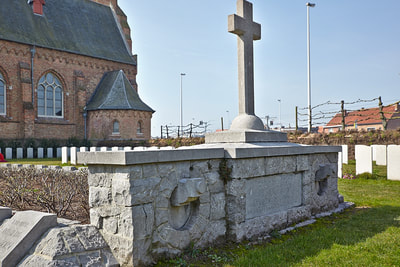 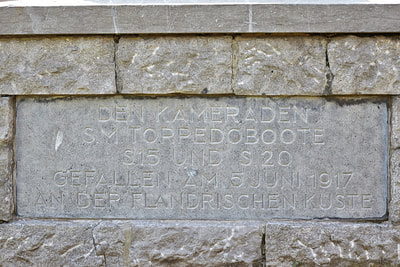 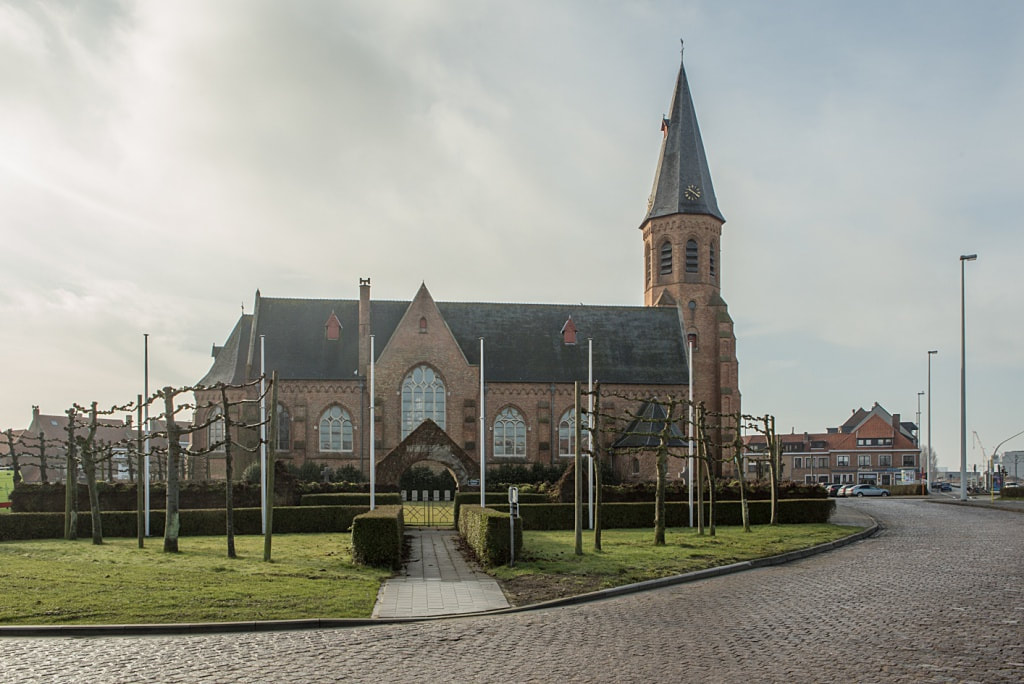 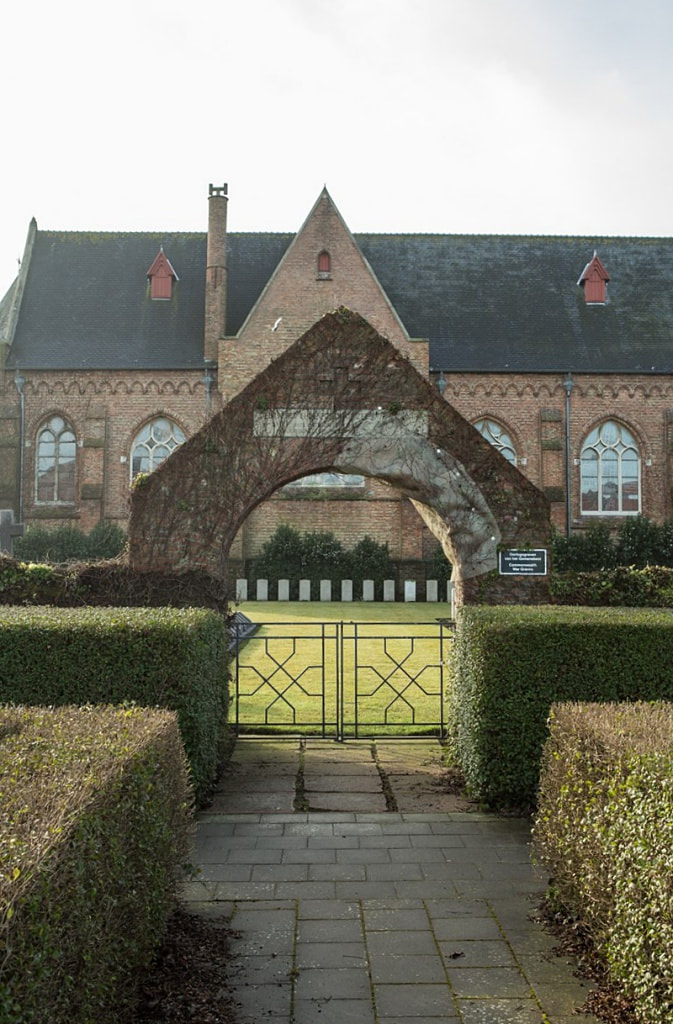 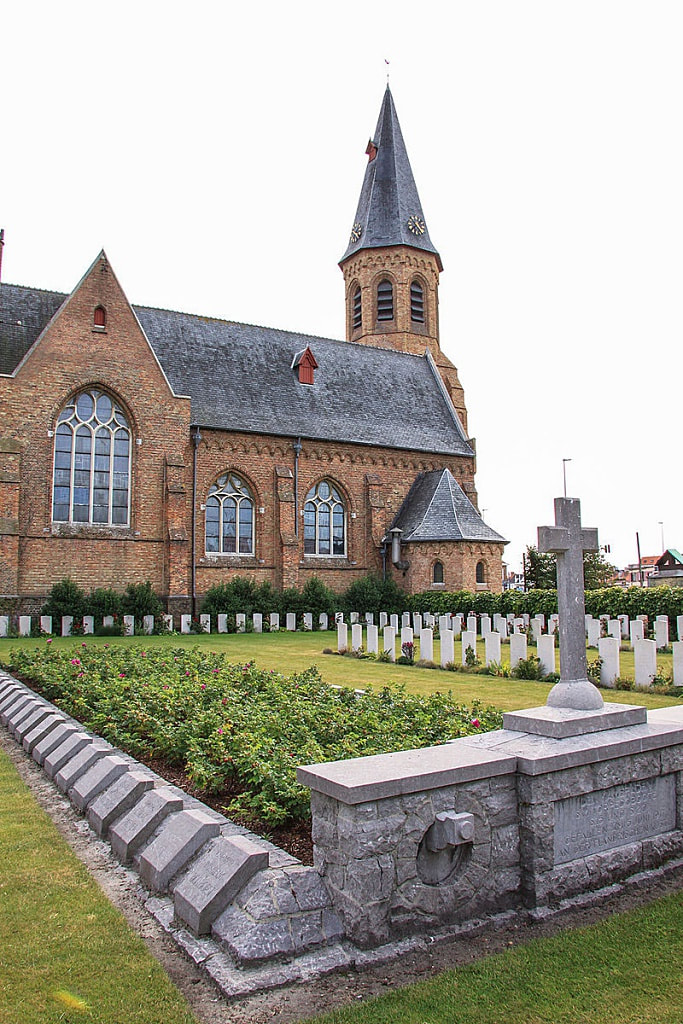 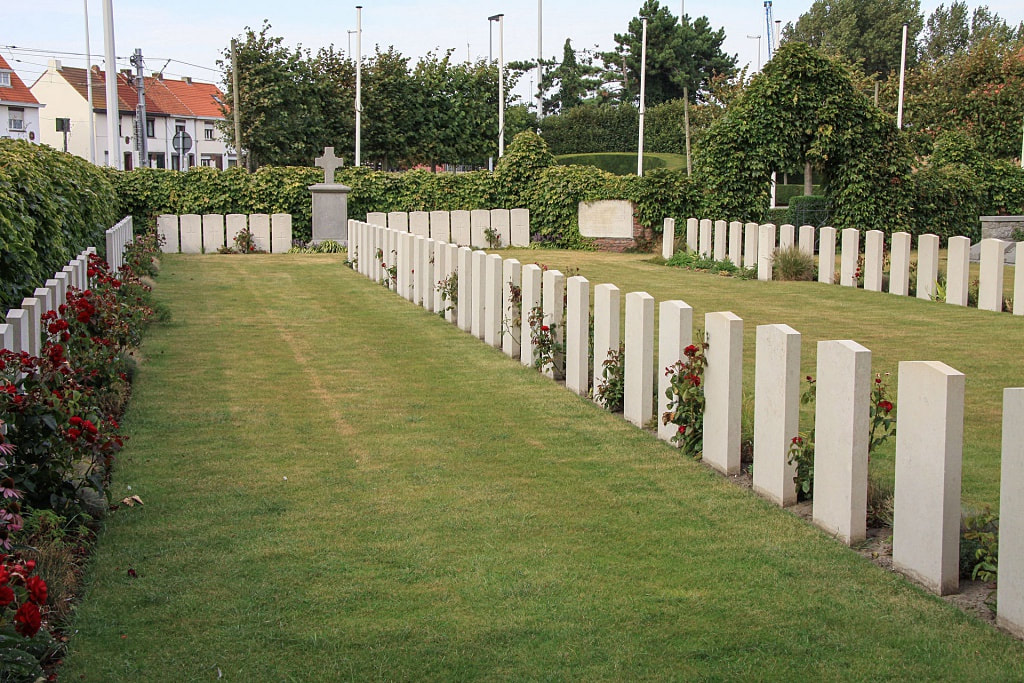 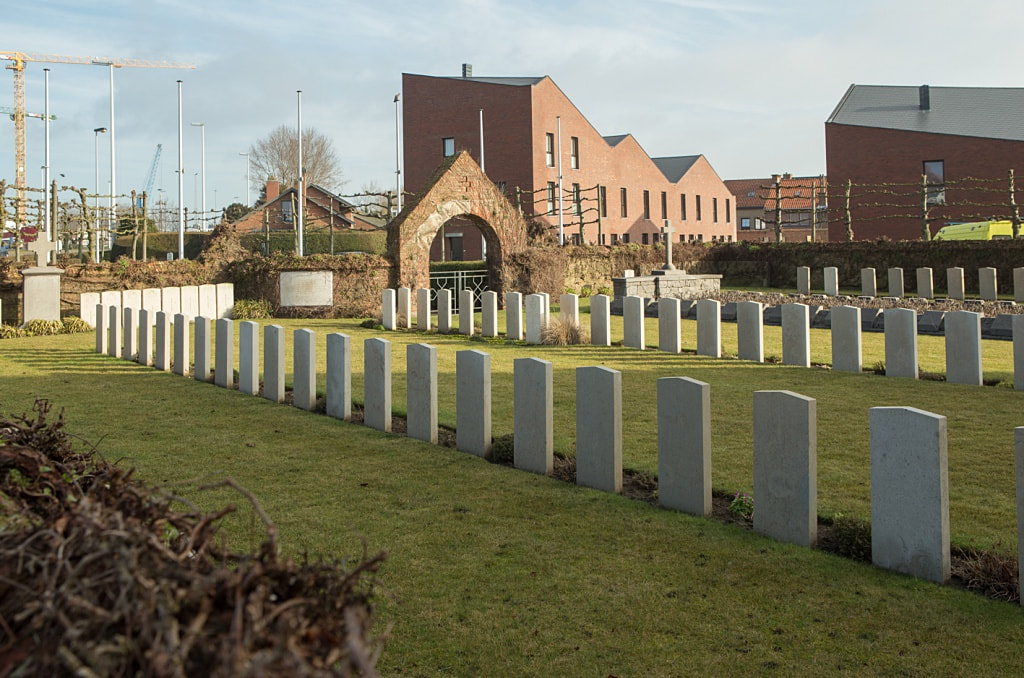 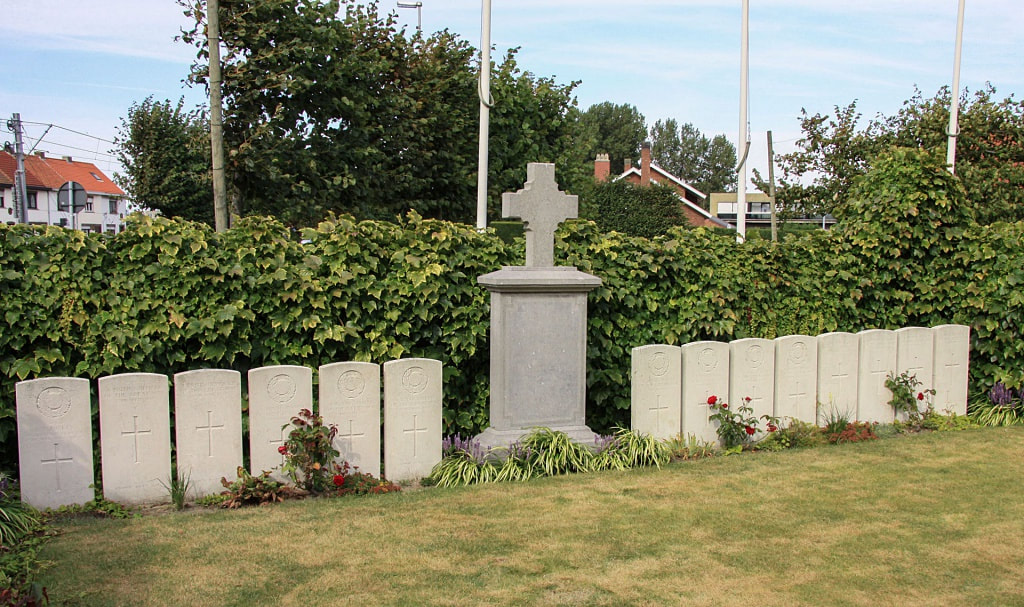 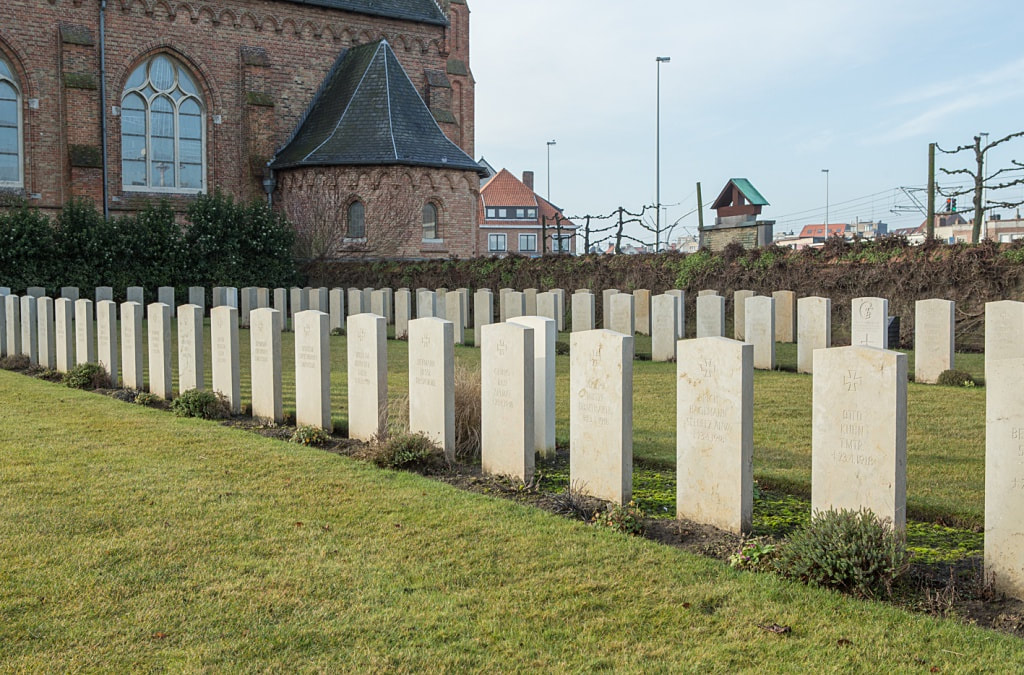 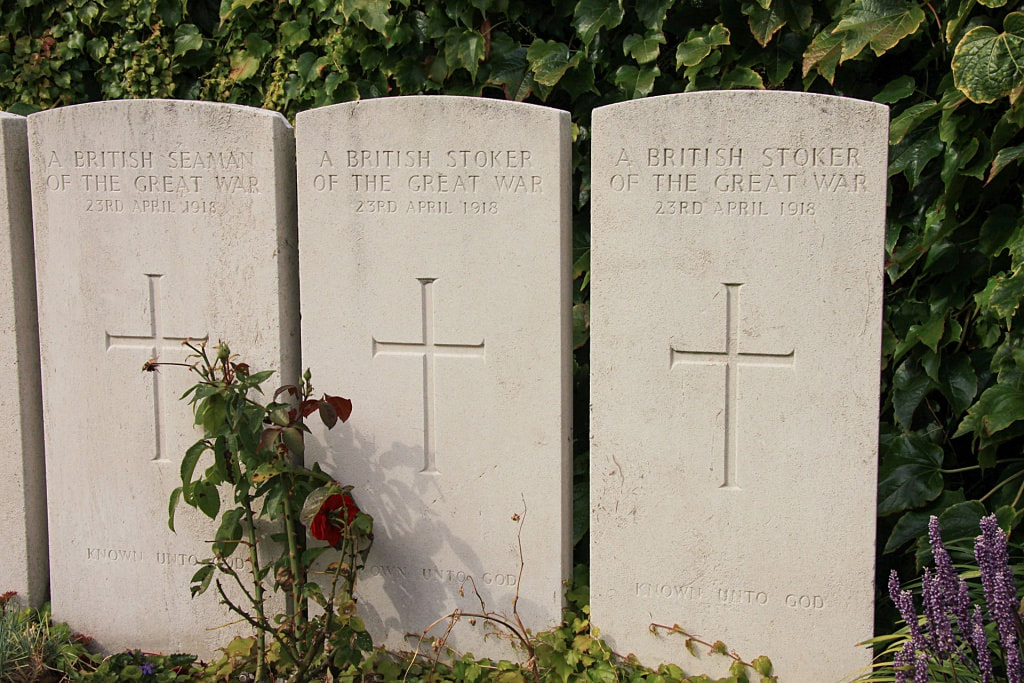 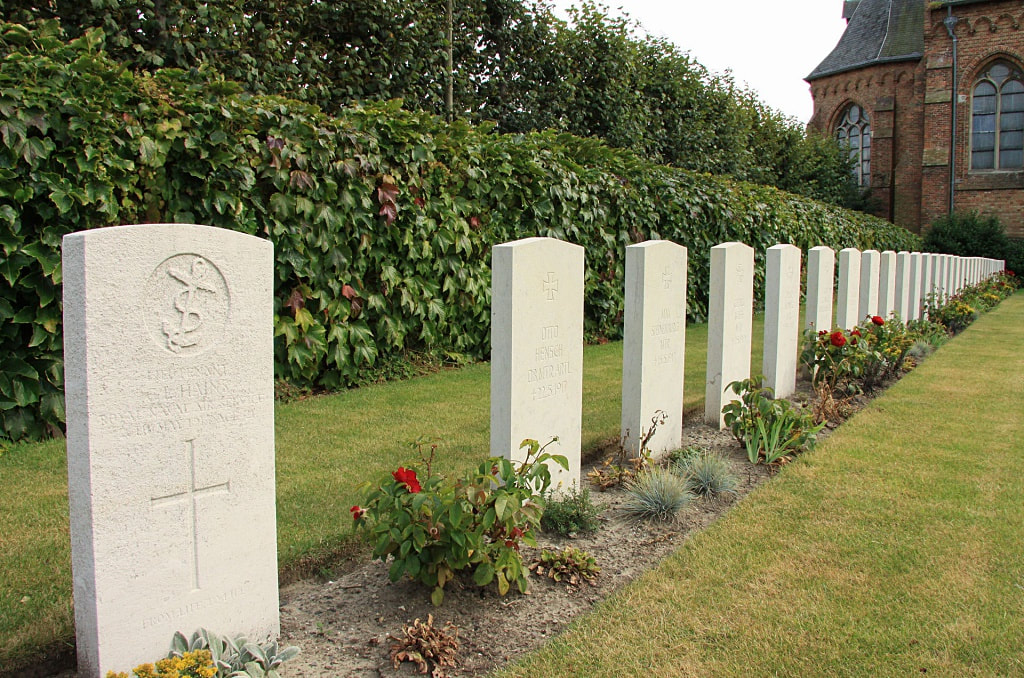 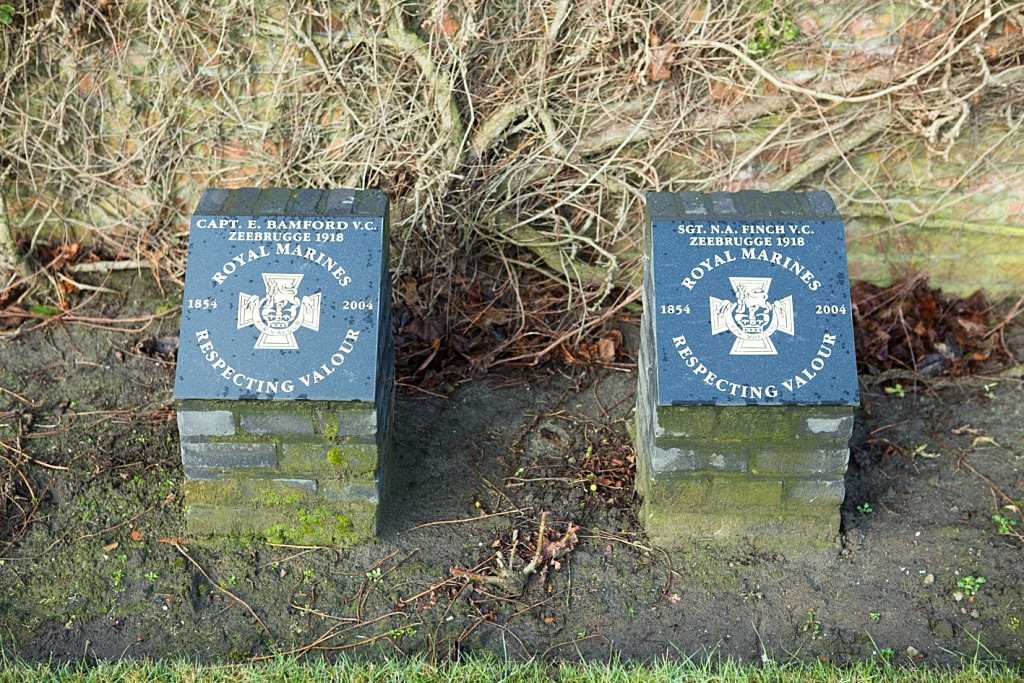 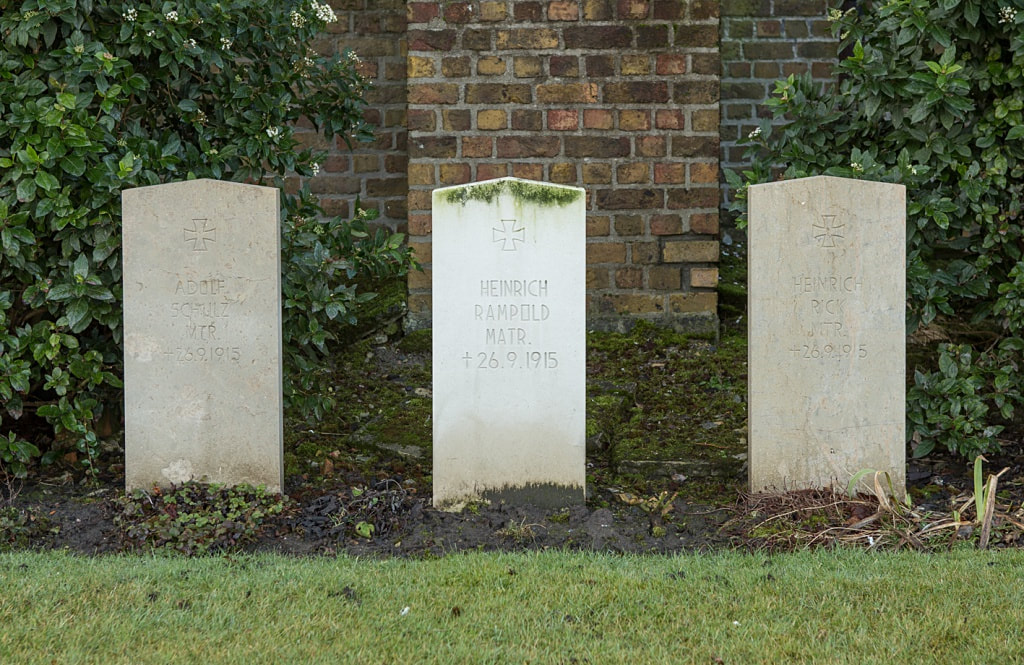 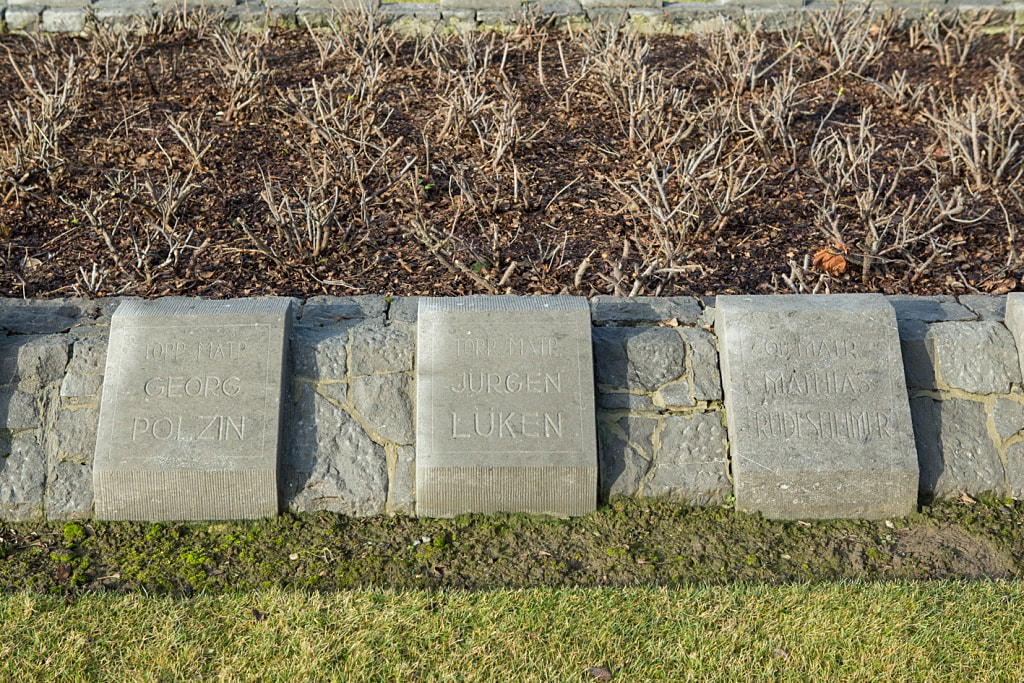 Some of the Individual Graves 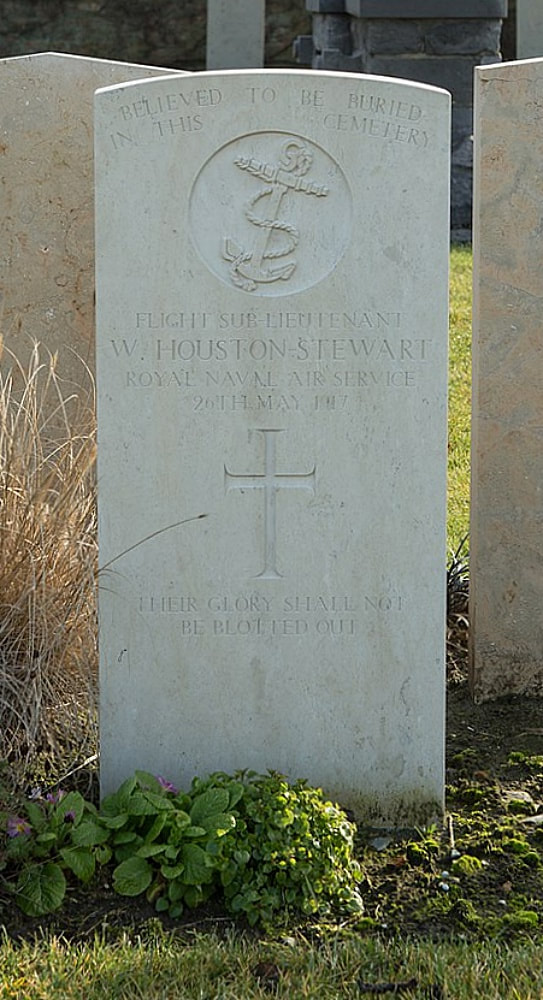 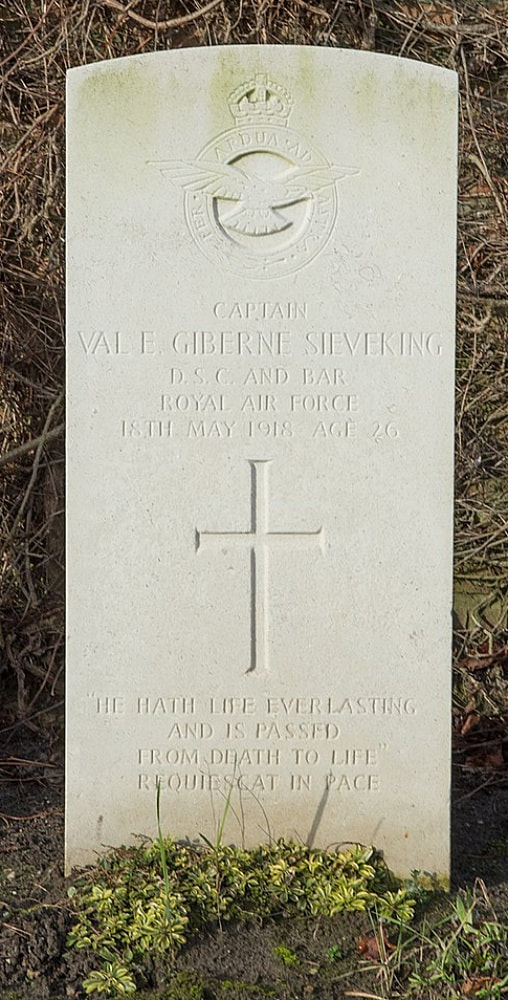 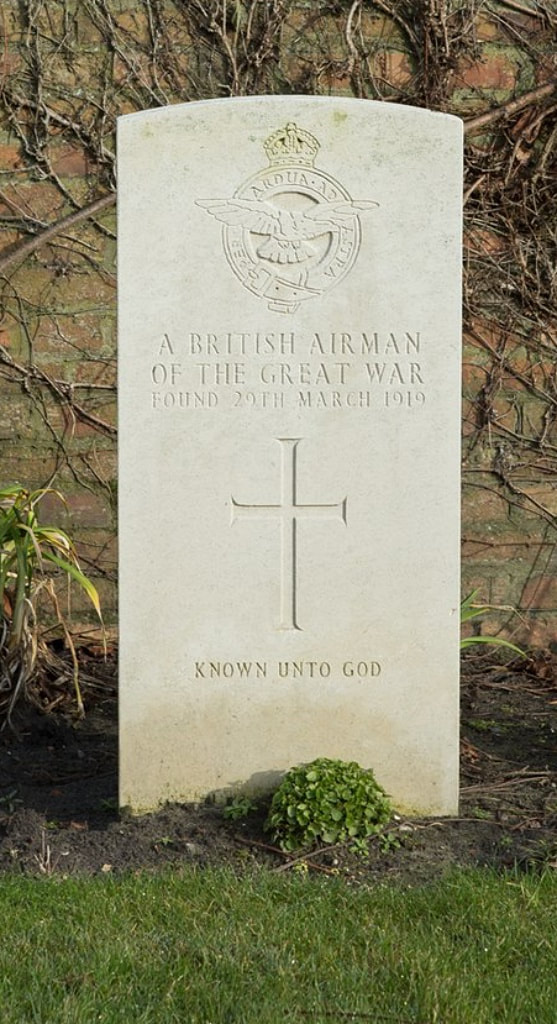 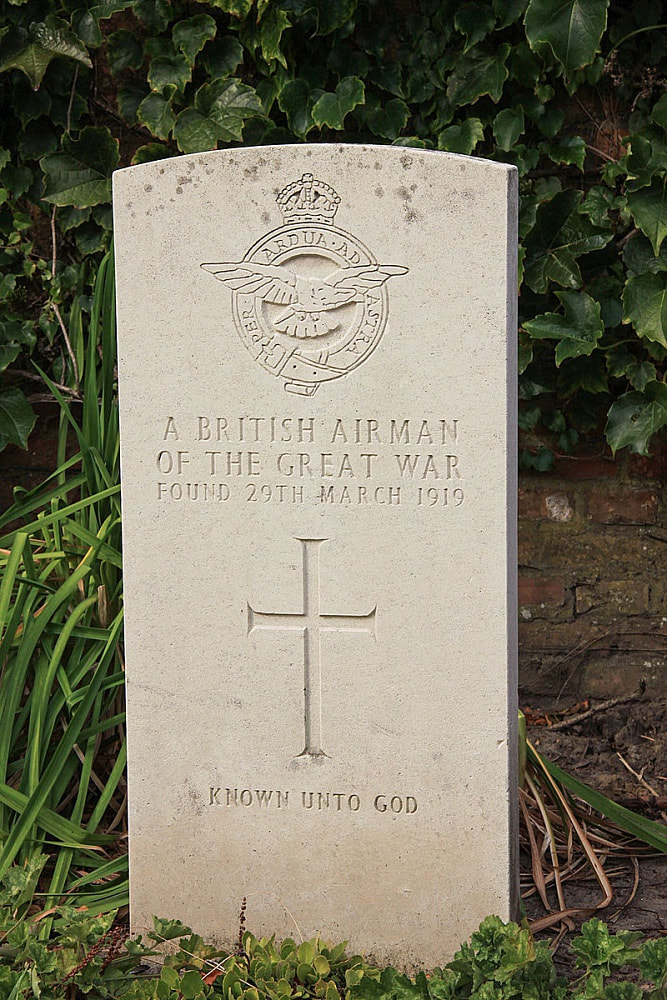 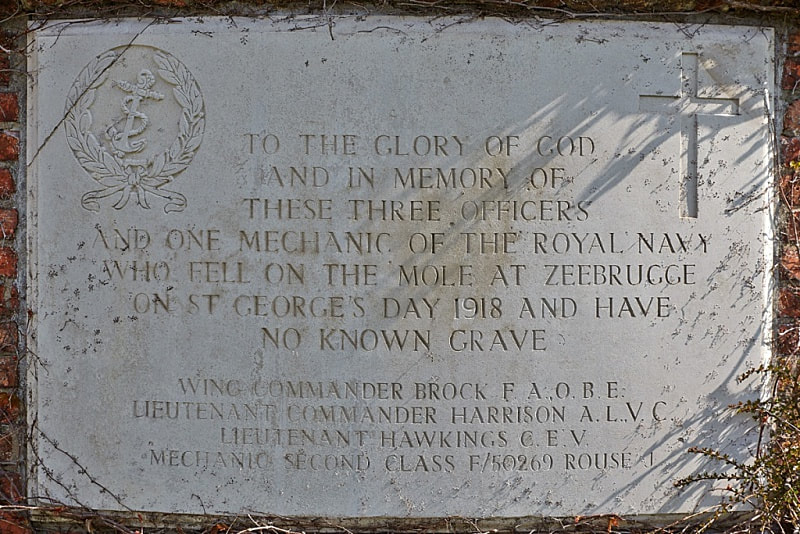 Son of the late Lt. Col. A. J. Harrison (Royal Fusiliers) and the late Adelaide Ellen Harrison. Member of the England Rugby Football Team of 1914.

​An extract from the "London Gazette," dated 14th March, 1919, records the following:-" For most conspicuous gallantry at Zeebrugge on the night of the 22nd-23rd April, 1918. This officer was in immediate command of the Naval Storming Parties embarked in 'Vindictive'. Immediately before coming alongside the Mole Lieut.-Commander Harrison was struck on the head by a fragment of a shell which broke his jaw and knocked him senseless. Recovering consciousness he proceeded on to the Mole and took over command of his party, who were attacking the seaward end of the Mole. The silencing of the guns on the Mole head was of the first importance, and though in a position fully exposed to the enemy's machine-gun fire Lieut.-Commander Harrison gathered his men together and led them to the attack. He was killed at the head of his men, all of whom were either killed or wounded. Lieut.-Commander Harrison, though already severely wounded and undoubtedly in great pain, displayed indomitable resolution and courage of the highest order in pressing his attack, knowing as he did that any delay in silencing the guns might jeopardise the main object of the expedition, i.e., the blocking of the Zeebrugge-Bruges Canal. " 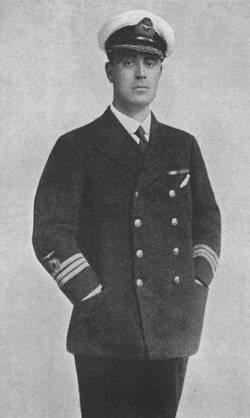