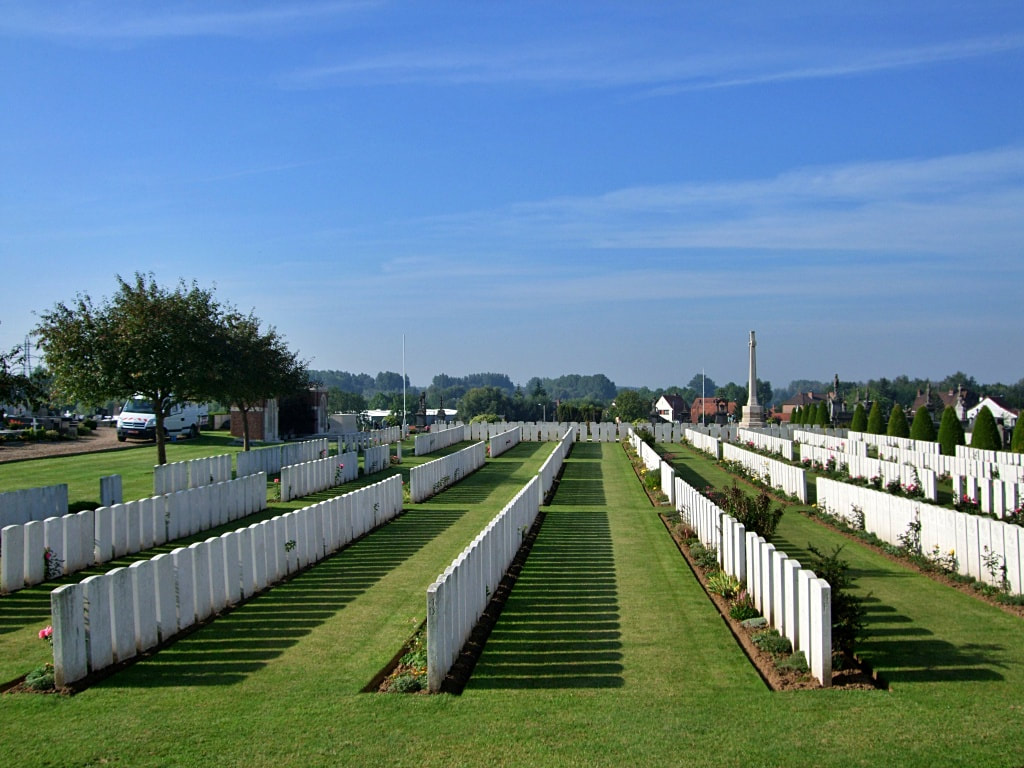 Aire is a town about 14 Kms south-south-east of St. Omer.

The Communal Cemetery is 750 metres north of the town, on the road to St. Omer and the four Commonwealth plots are on the east side.

From March 1915 to February 1918, Aire was a busy but peaceful centre used by Commonwealth forces as corps headquarters. The Highland Casualty Clearing Station was based there as was the 39th Stationary Hospital (from May 1917) and other medical units. Plot I contains burials from this period.

The burials in plots II, III and IV (rows A to F) relate to the fighting of 1918, when the 54th Casualty Clearing Station came to Aire and the town was, for a while, within 13 kilometres of the German lines.

The cemetery now contains 894 Commonwealth burials of the First World War and a few French and German war graves. There are also 21 Second War burials, mostly dating from the withdrawal to Dunkirk in May 1940.

Remembered with Honour by his nephew Michael Emery of Hall Green, Birmingham
​ 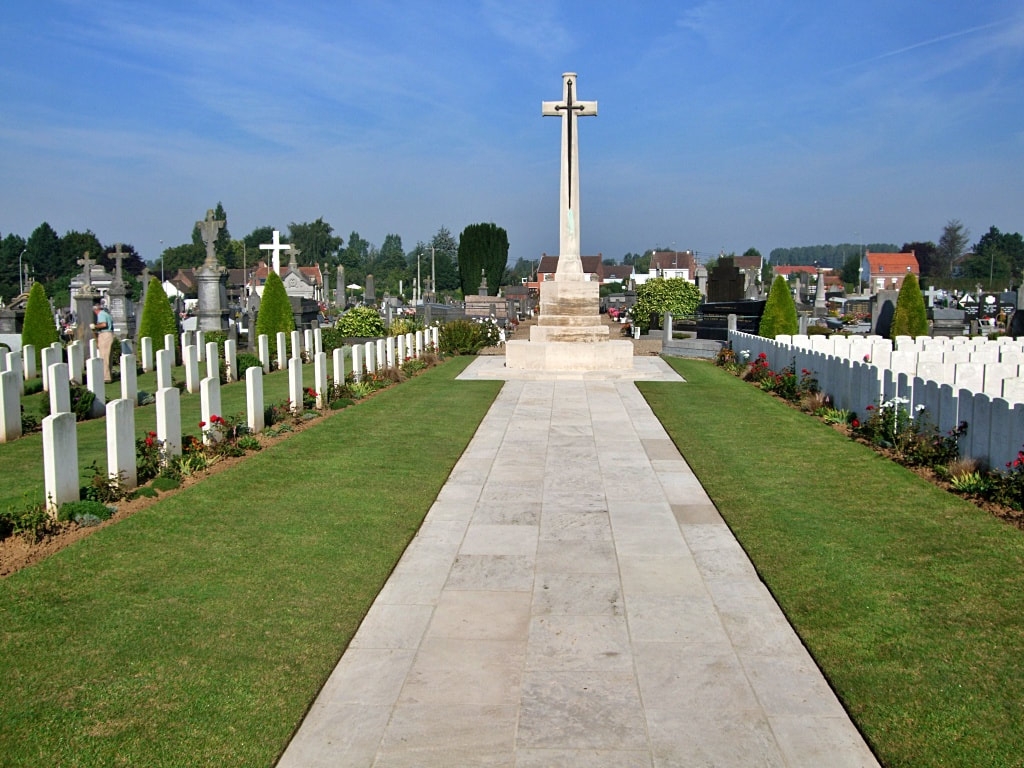 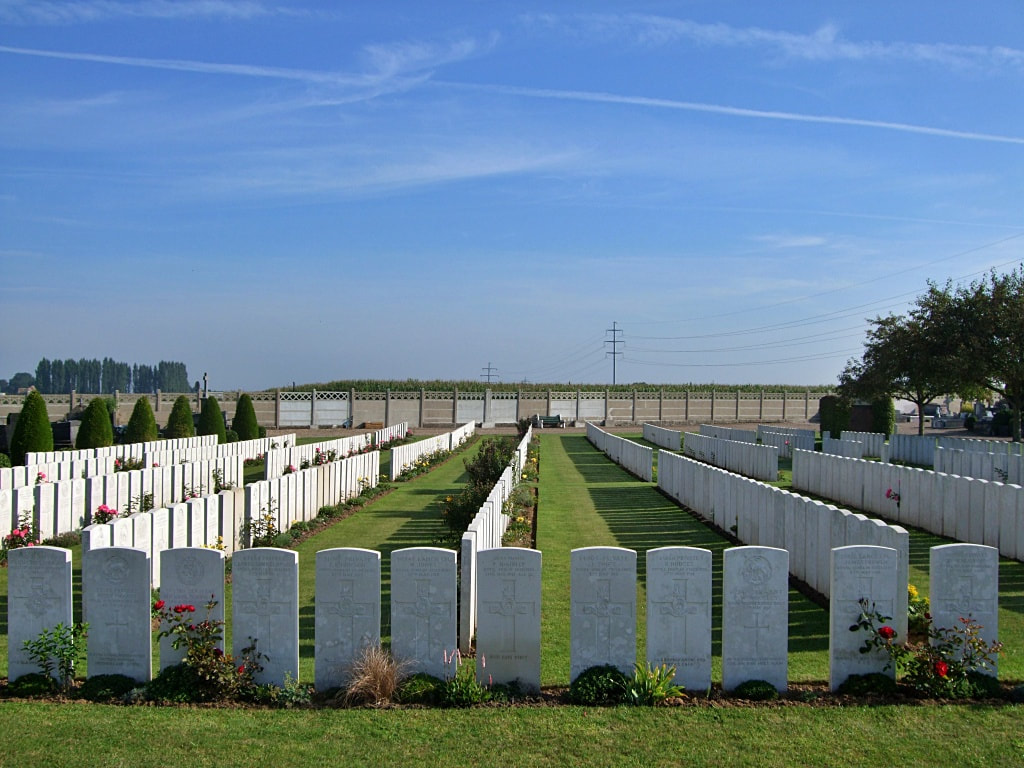 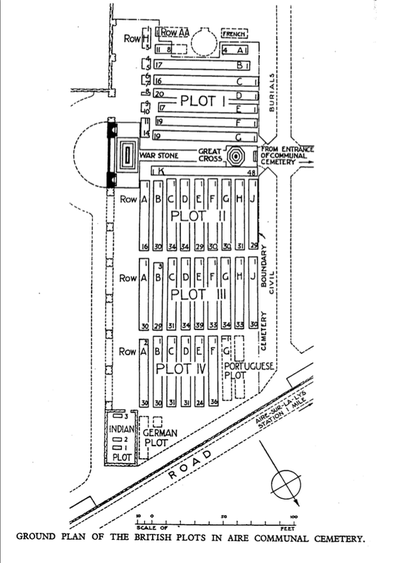 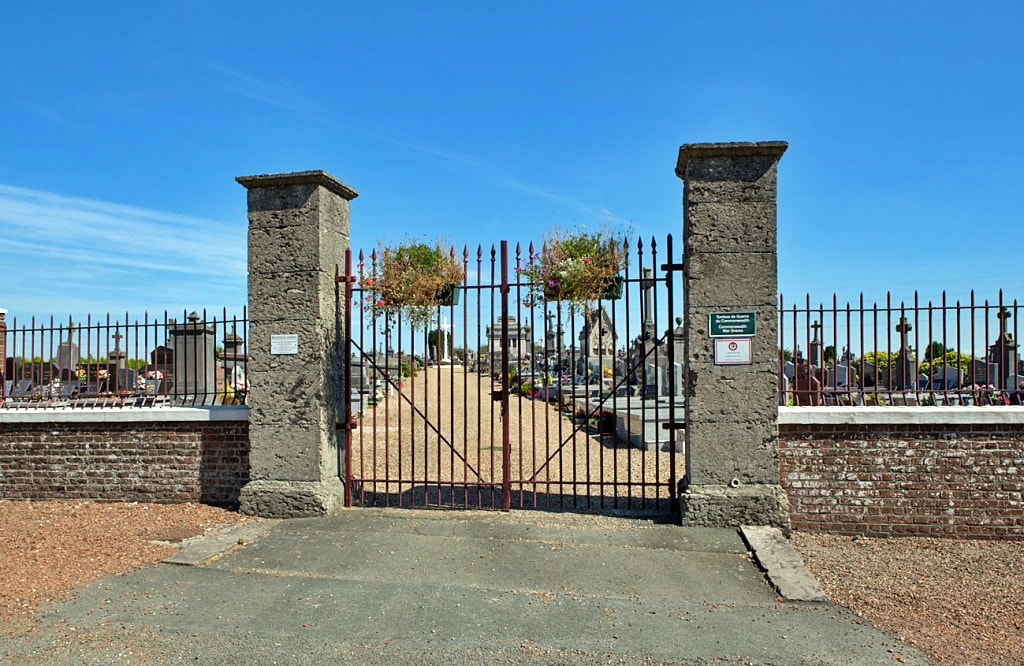 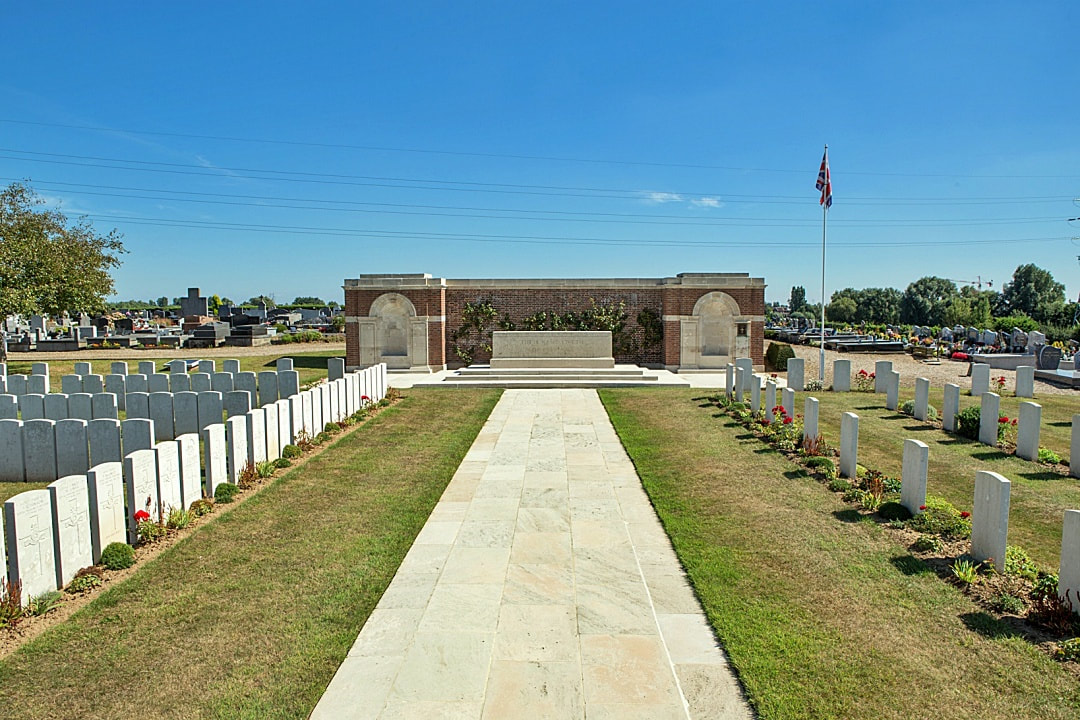 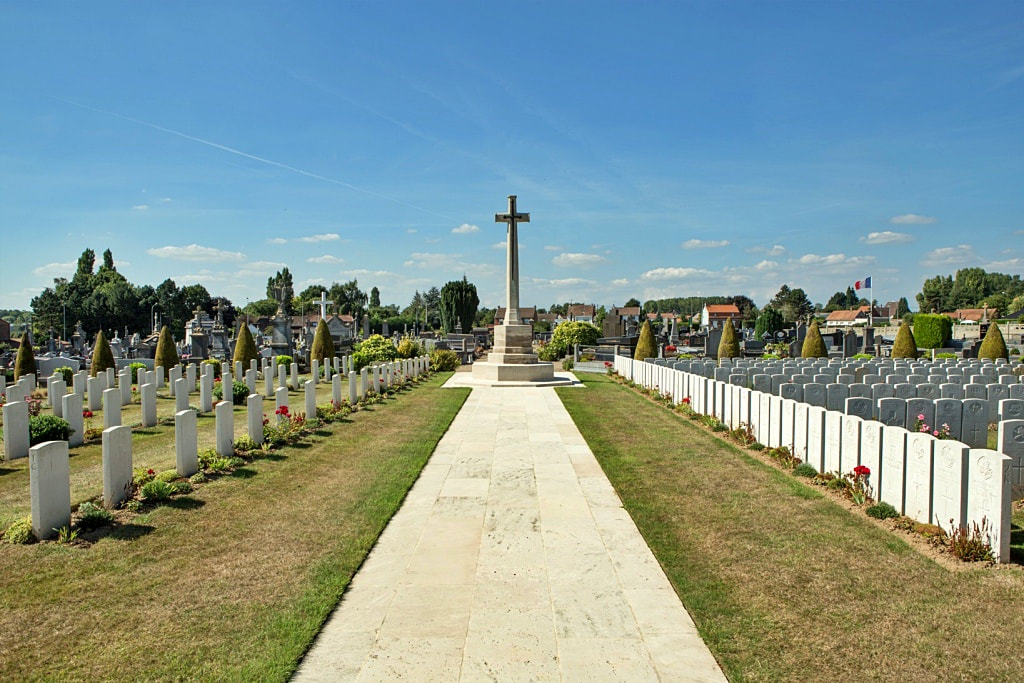 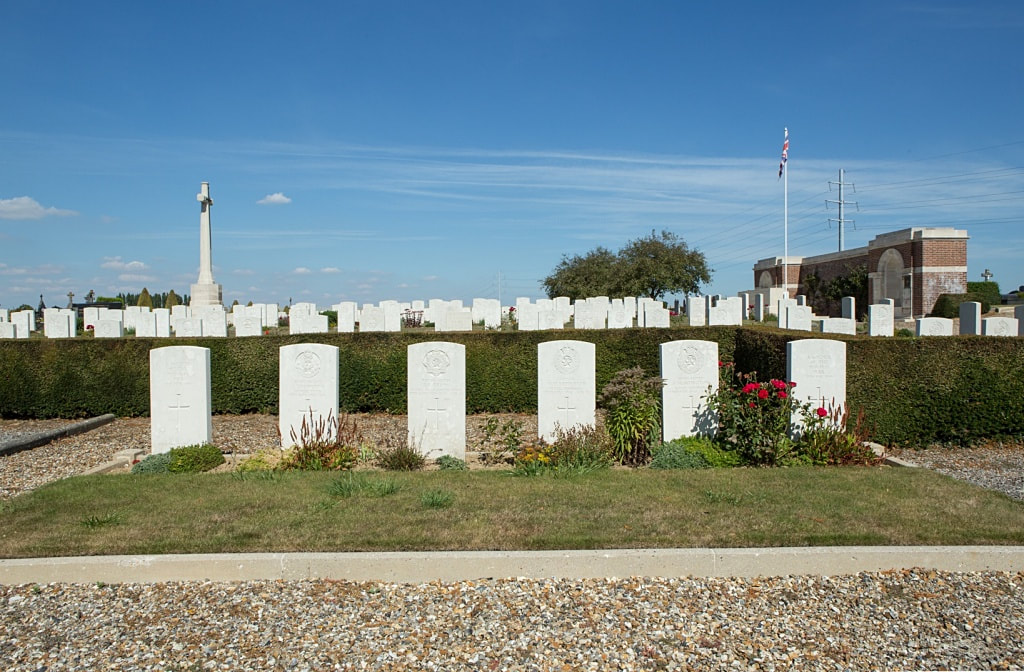 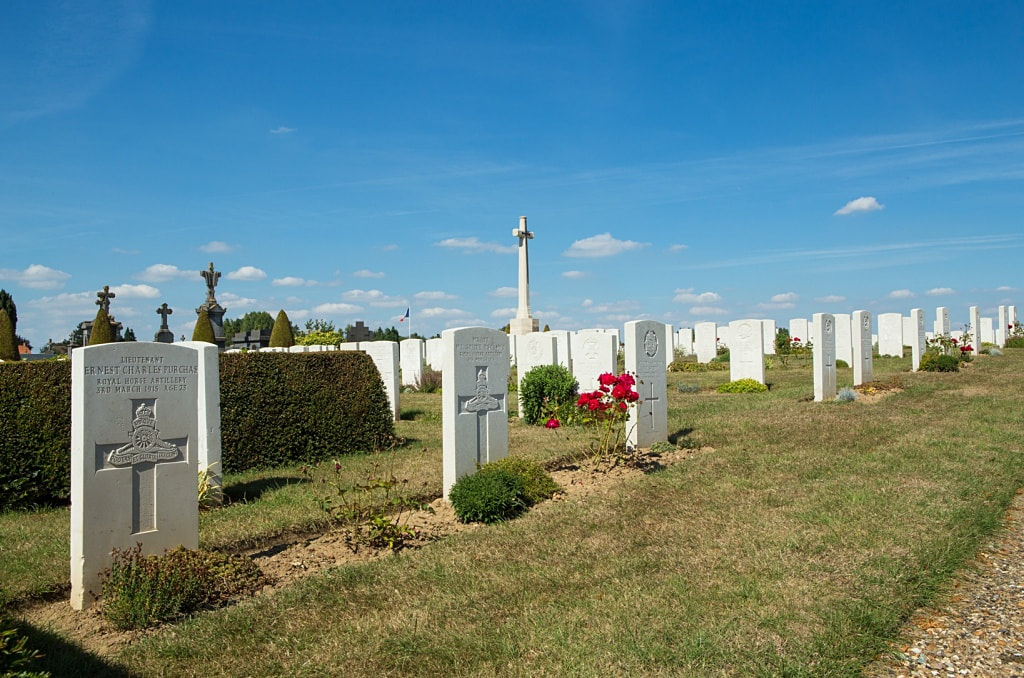 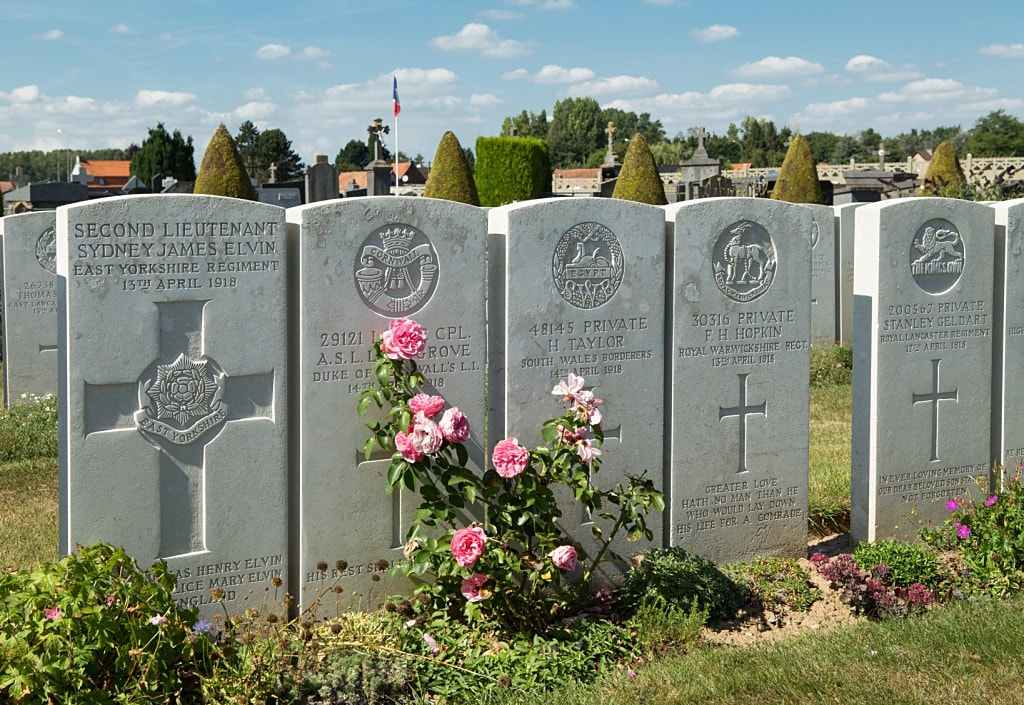 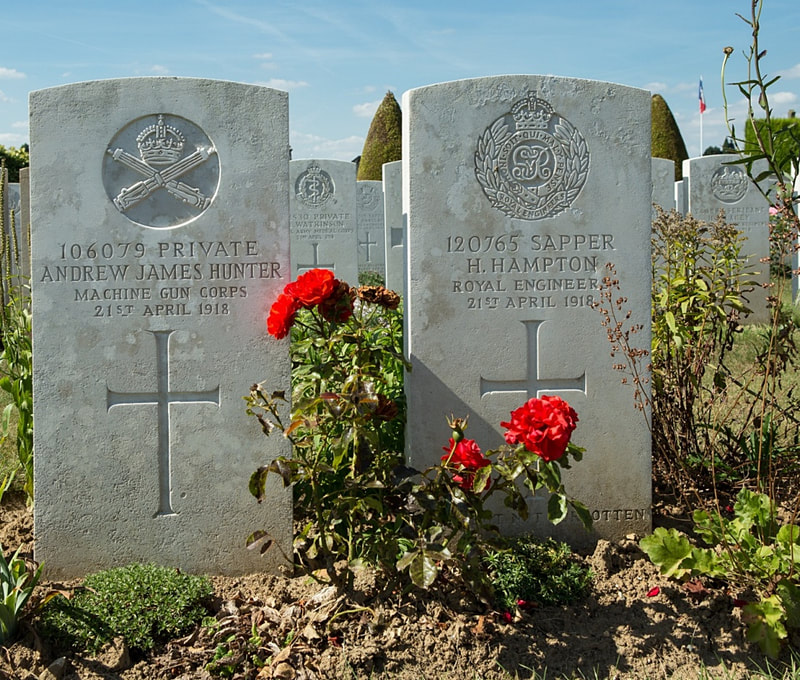 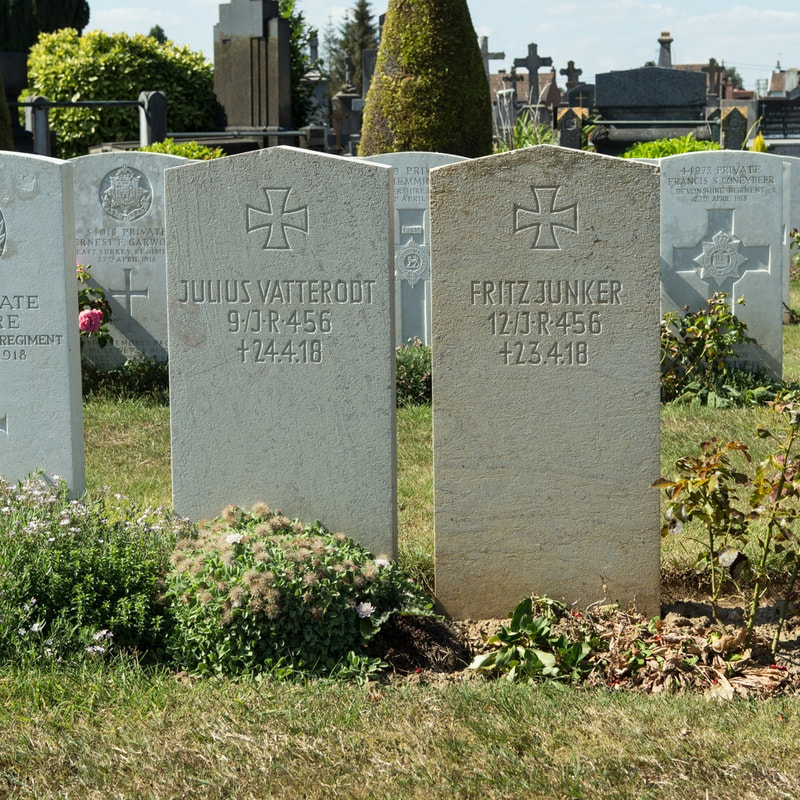 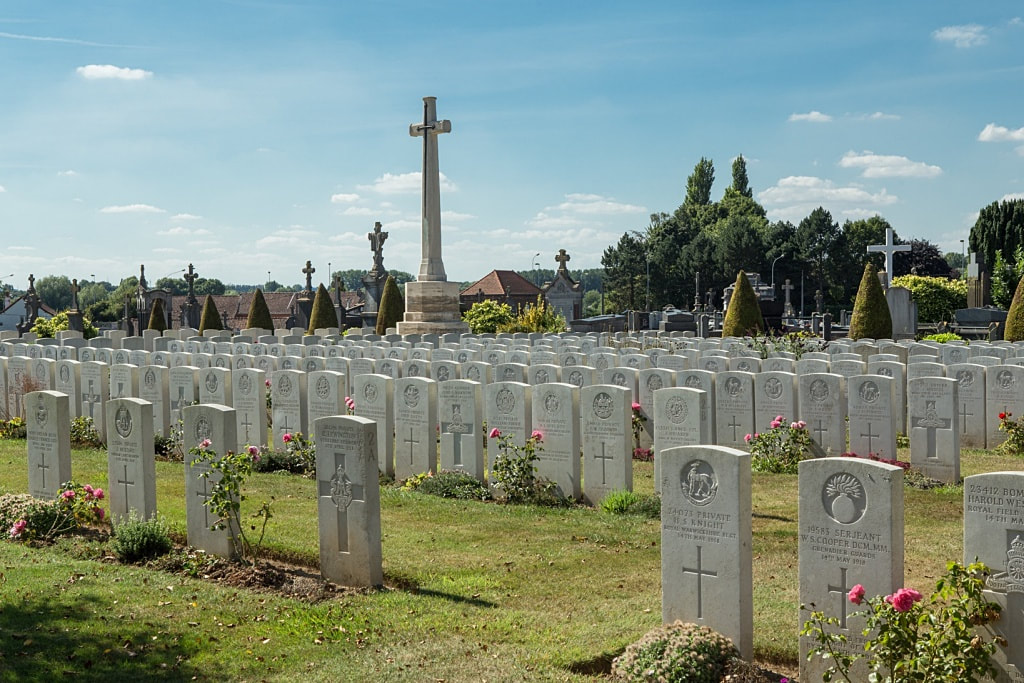 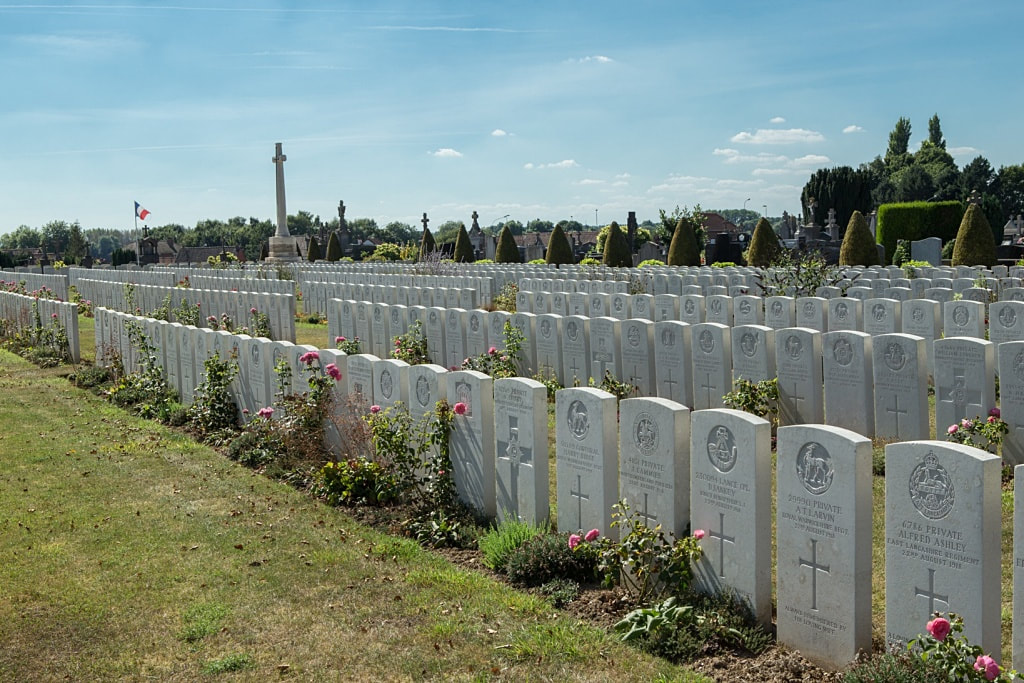 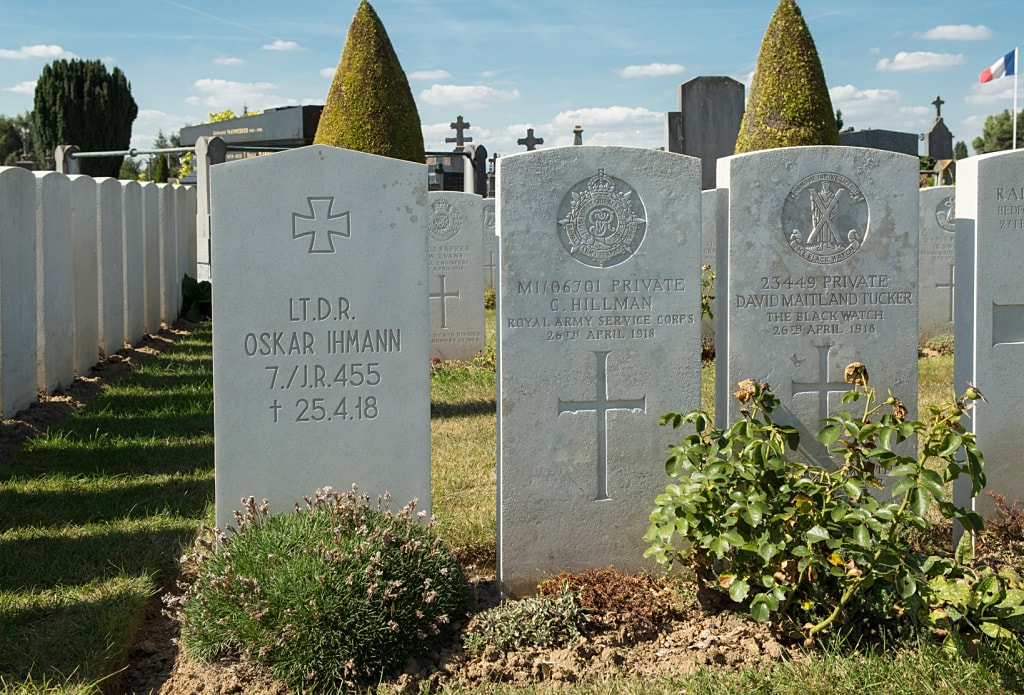 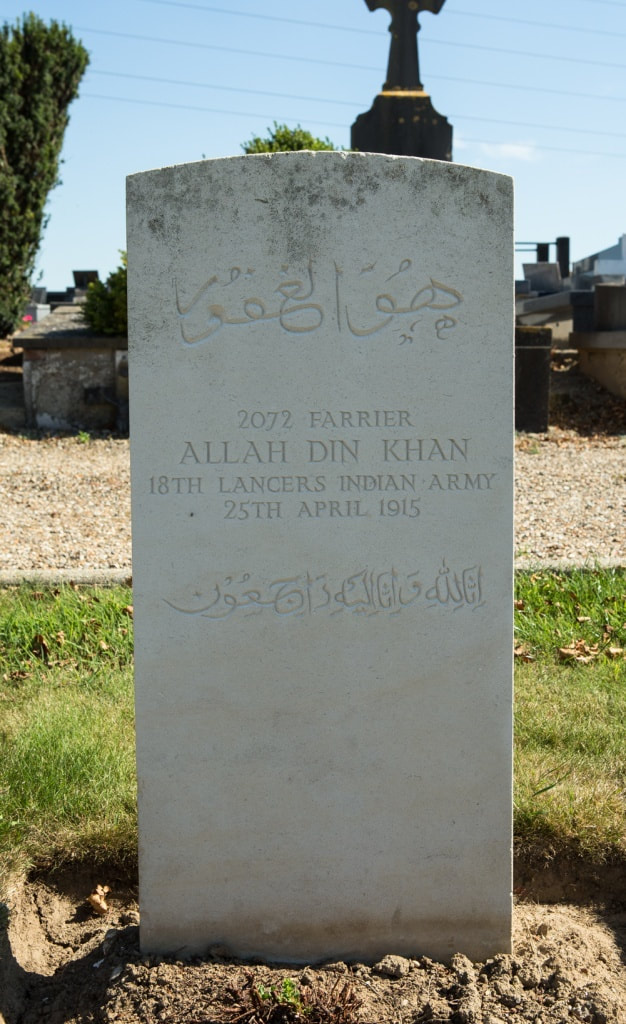 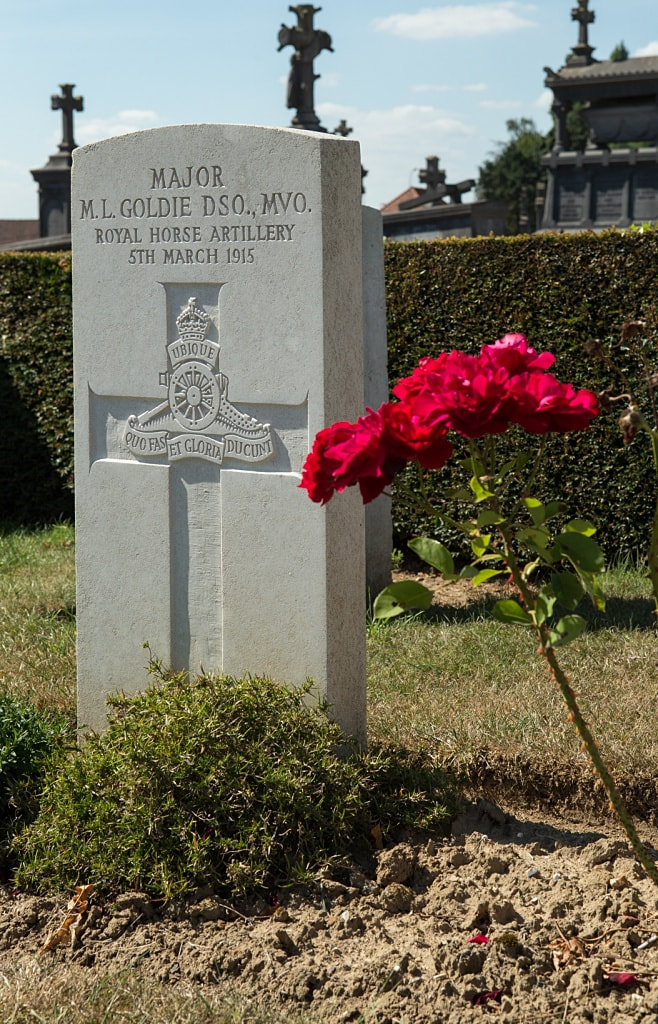 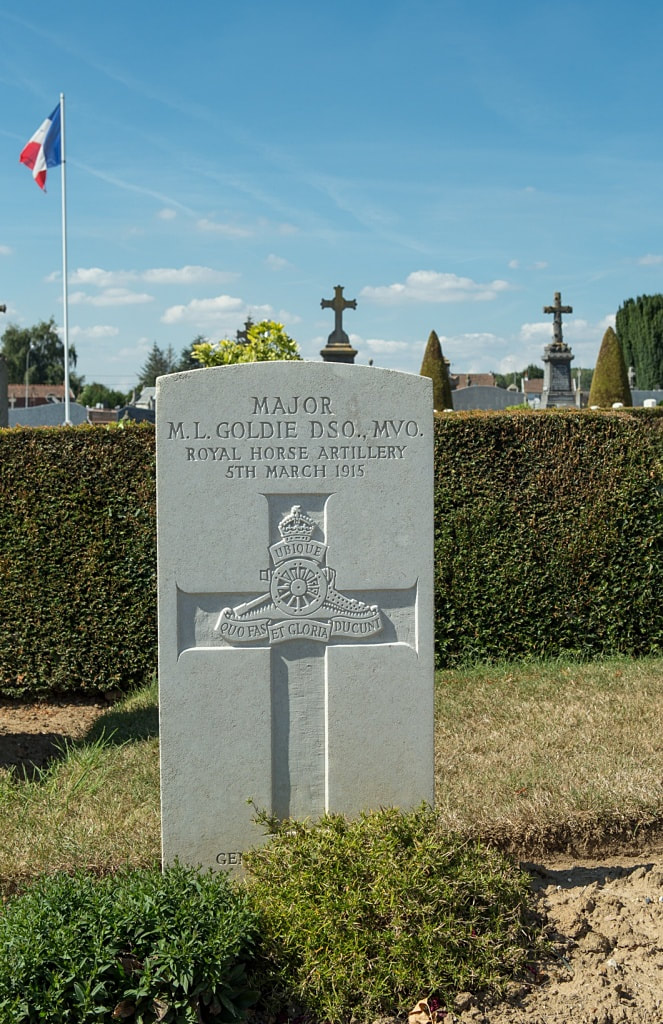 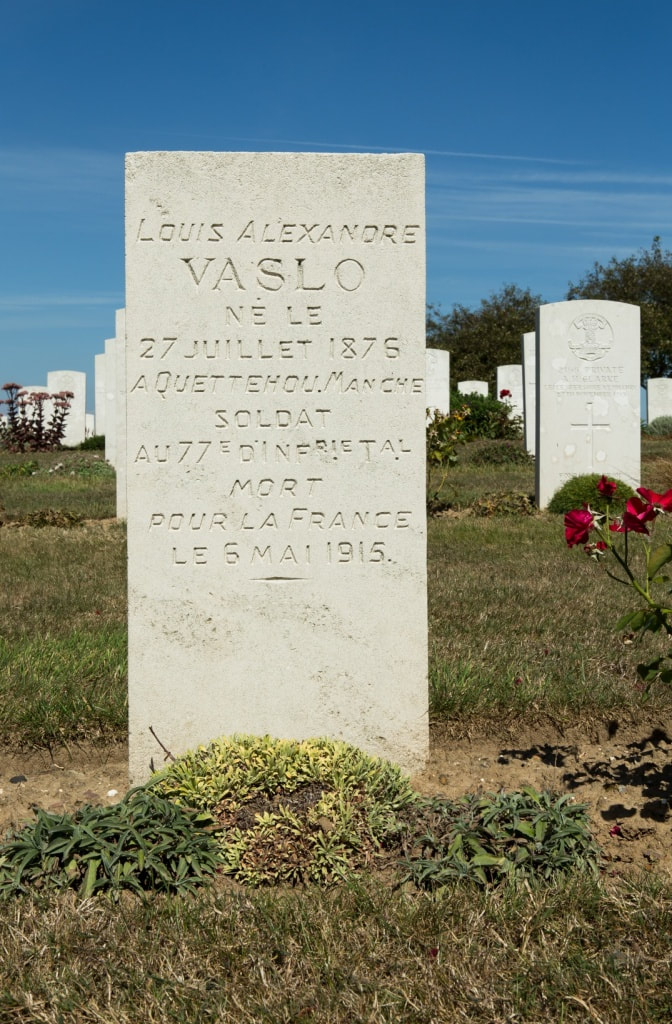 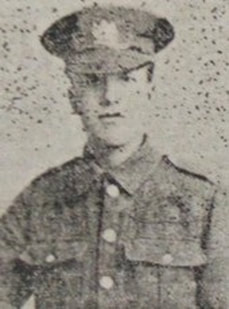 He died of wounds on Sunday the 21st April, 1918 at a Casualty Clearing Station in France, he had only been in country for a month. Previously he and his parents had resided at the Grove Hotel and the Royal Hotel in St David’s Pembrokeshire, his brother, suffering from Gas inhalation in October of 1917 was in hospital at the time of Richard’s death.
​
.Picture courtesy of Owen Vaughan 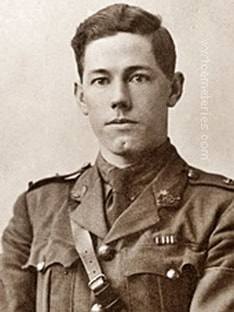 A carpenter in civilian life, he enlisted on 5 August 1915, and was posted as a Sergeant to D Company of the 30th Battalion. Lt Butterworth was awarded the Military Medal (MM) for gallantry at Petillon, near Fromelles, France, in July 1916. Under heavy fire, he worked hard to convey munitions and stores to a temporary position, and later, though severely wounded in the head, assisted an officer to reorganise the men after withdrawal from enemy trenches. In 1917 he transferred to the Australian Flying Corps (AFC), where he was commissioned and trained as a pilot before being posted to No. 4 Squadron, AFC. Lt Butterworth was killed in action in France a month before the war's end, on 16 October 1918, aged 23 years. His brother, 2126 Corporal Rupert Godfrey Butterworth, 56th Battalion, was killed at Polygon Wood on 26 September 1917. ​ 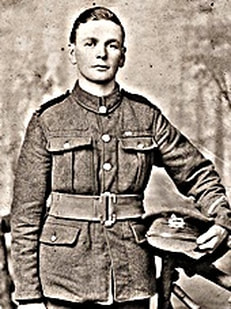 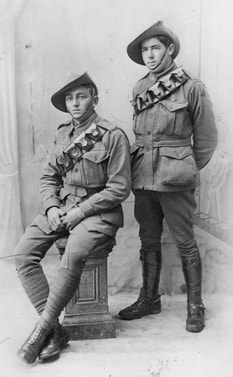 Studio portrait of 1974 Private (Pte) Arthur Reginald Gunson, 14th Reinforcements, 8th Light Horse Regiment, of Waterloo via Myrtleford (standing right), and an unidentified soldier. Gunson worked as a woodcutter prior to enlisting on 29 November 1915. He embarked from Melbourne aboard HMAT Hymettus on 27 January 1916. Pte Gunson later served as a bombardier (Bdr) with the 46th Battery, 12th Australian Field Artillery. He died of wounds on 3 May 1918 in France, aged 23 years, and was posthumously awarded the Military Medal (MM) on 12 February 1919. 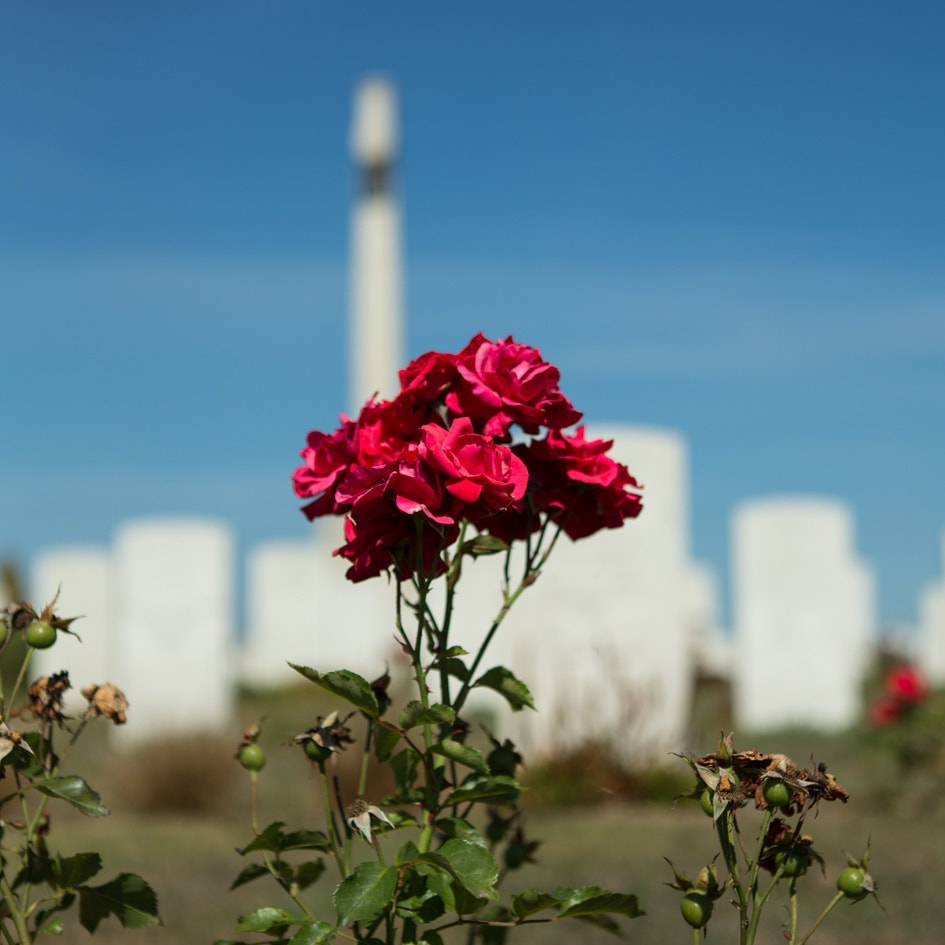 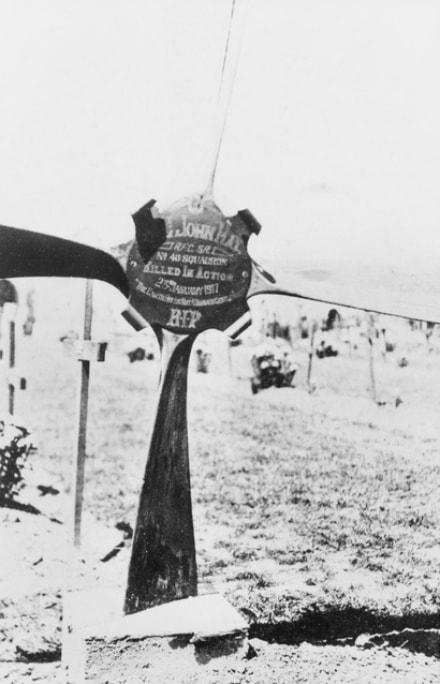 ​An elaborately engraved brass plaque mounted on a wooden propeller forms the shape of a cross over the grave of 2nd Lieutenant John (Jack) Hay, No 40 Squadron, RFC (Royal Flying Corps), at a cemetery just outside the town. The inscription on the plaque reads "The earth holds not a finer gentleman". A grazier in civilian life, Hay was shot down by the German flying ace, Manfred von Richthofen, the Red Baron, during an air battle on 23 January 1917. Aged 28, he was the only Australian of the Red Baron's eighty-nine victims. 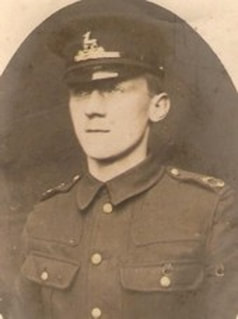 His headstone bears the inscription "O Happy Saints For Ever Blest At Jesus Feet How Safe Your Rest"
​
Henry was badly wounded by Shrapnel on April 15th 1918, dying of his wounds four days later on April 19th at No. 39 Stationary Hospital in France. 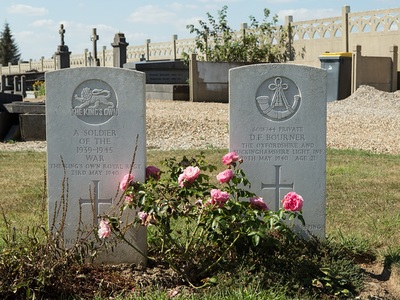 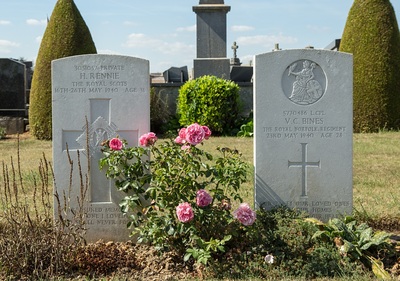 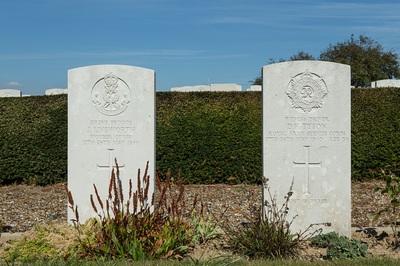 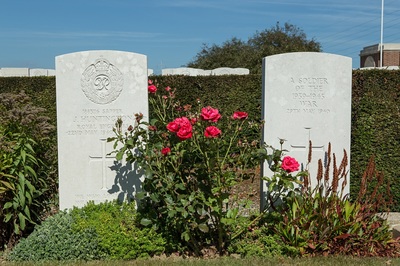