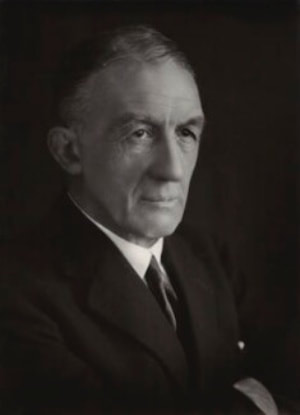 Born on the family farm Owletts near Cobham, Kent, in England, the fourth son of nine children of Thomas Henry Baker and Frances Georgina Davis, Herbert was from the outset exposed to a tradition of good craftsmanship, preserved through isolation in the neighbourhood of his home. As a boy, walking and exploring the historical ruins found in the area, were his favourite pastimes.

He received his first education at Tonbridge School which instilled in him his lifelong qualities of leadership and loyalty. In 1879 he was articled to his cousin Arthur Baker, embarking on the accepted pattern of architectural education comprising three years of apprenticeship and the attending of classes at the Architectural Association School and the Royal Academy Schools. Study tours of Europe were regarded as an essential part of the course. In 1891 Baker passed his examination for Associateship of the Royal Institute of British Architects and was awarded the Ashpitel Prize for being top of his class.

He worked initially for Ernest George and Harold Peto in London from 1882–87, then opened his own office in Gravesend, Kent in 1890. He embarked for South Africa in 1892 ostensibly to visit his brother, and was commissioned in 1893 by Cecil Rhodes to remodel Groote Schuur, Rhodes' house on the slopes of Table Mountain in Cape Town, and the residence of South African prime ministers. Rhodes sponsored Baker's further education in Greece, Italy and Egypt, after which he returned to South Africa and stayed the next 20 years. He had the patronage of Lord Milner, and was invited to the Transvaal to design and build residences for the British colonials, Much taken with the country, and notably with the Cape Dutch homes in the Cape Province, Baker resolved to remain in South Africa and to establish an architectural practice, which went under the name of Herbert Baker, Kendall & Morris. Baker undertook work in widespread parts of the country including Durban, Grahamstown, King William's Town, Bloemfontein, George and Oudtshoorn, and even further afield in Salisbury Rhodesia where he designed the Anglican Cathedral and a house for Julius Weil, the general merchant. In 1902 Baker left his practice at the Cape in the hands of his partner and went to live in Johannesburg, where he built Stonehouse. On a visit to Britain in 1904 he married his cousin, Florence Edmeades, daughter of Gen. Henry Edmund Edmeades, bringing her back to Johannesburg, where two sons, the first of four children, were born. Baker quickly became noted for his work, and was commissioned by a number of the "Randlords" (the wealthy mining magnates of Johannesburg) to design houses, particularly in the suburbs of Parktown and Westcliff. He also designed commercial premises and public buildings. In 1909 Herbert Baker was commissioned to design the Government Building of the Union of South Africa (which was formed on 31 May 1910) in Pretoria. Pretoria was to become the administrative centre for the new government. In November 1910 the cornerstone of the Union Building was laid. Lord Selborne and H. C. Hull, a member of the first Union Cabinet, chose Meintjieskop as the site for Baker's design. The site was that of a disused quarry and the existing excavations were used to create the amphitheatre, which was set about with ornamental pools, fountains, sculptures, balustrades and trees. The design consisted of two identical wings, joined by a semicircular colonnade forming the backdrop of the amphitheatre. The colonnade was terminated on either side by a tower. Each wing had a basement and three floors above ground. The interiors were created in the Cape Dutch Style with carved teak fanlights, heavy doors, dark ceiling beams contrasting with white plaster walls and heavy wood furniture. Baker used indigenous materials as far as possible. The granite was quarried on site while Buiskop sandstone was used for the courtyards. Stinkwood and Rhodesian teak were used for timber and wood panelling. The roof tiles and quarry tiles for the floors were made in Vereeniging. The Union Buildings were completed in 1913, after which Herbert Baker left for New Delhi from where he returned home to England.
In 1897, Cecil John Rhodes started large scale fruit farming in the Drakenstein Valley and commissioned Sir Herbert Baker to design his country retreat on the farm Nieuwedorp at Boschendal. In contrast to the spectacular mountain views, the brief was to design a simple country cottage combining Cape cottage features and incorporating indigenous yellowwood and stinkwood in the interior. It was intended to accommodate only Rhodes, his secretary and a butler. The first name recorded in the guestbook was that of Sir Alfred Milner, erstwhile Governor of the Cape Colony and British High Commissioner at the outbreak of the South African War (Boer War). The cottage was later to host the Duke and Duchess of Devonshire, the Earl of Athlone, former Governor-General of South Africa and his wife Princess Alice, granddaughter of Queen Victoria. In the 1990s the cottage was revamped and refitted while preserving its character. It stands on Estate 20, one of the Founders’ Estates which form Phase 1 of the residential development of Boschendal.
The North Block, New Delhi houses key government offices In 1912 Baker went to India to work with Lutyens on the Secretariat building and Parliament House in New Delhi and the bungalows of Members of Parliament. Baker designed the two Secretariat buildings flanking the great axis leading to what was then the Viceroy of India's Palace, now known as Rashtrapati Bhavan (President's House).

In 1913 Baker began his practice in London with his partner Alexander Scott. Near the end of the most productive phase of his career, Baker received a knighthood, was elected to the Royal Academy, had conferred on him the Gold Medal of the Royal Institute of British Architects in 1927, and received honorary degrees from Witwatersrand and Oxford Universities.

Following the First World War, Baker was approached to assist in the design of suitable monuments to the efforts of British Commonwealth soldiers. Out of this came the design for Tyne Cot Cemetery, the largest British war cemetery in the world sited in Passchendaele near Ypres in Belgium, unveiled in July 1927. Baker had earlier designed the war memorial at Winchester College, influences for which he carried over to his work on Tyne Cot.
Sir Edward Grigg, Governor of Kenya from 1925 to 1931, invited Baker to visit Kenya in 1925. Baker wrote: “The Governor and Director of Education were much concerned to provide a healthy education for the European youth under the conditions of the climate. So with their encouragement I designed a school at Nairobi with a crypt as a playground – like the undercroft of Wren’s library at Trinity College, Cambridge, – where the boys could stay at mid-day instead of going home under the vertical rays of the sun. At the larger ‘public school’ at Kabete all the detached classrooms and houses were designed and built with connecting colonnades, in which respect I followed the excellent example set by [United States] President Jefferson in his beautiful University of Virginia.” The use of colonnades accords with advice given to Baker by T. E. Lawrence, who regarded the tropical sun as "an enemy" and told him "All pavements should be covered over with light vaulting." The foundation stone was laid by Sir Edward Grigg on 24 September 1929, and the Prince of Wales School was opened in 1931 - (the original idea for the name of the school was Kabete Boys Secondary School, but the first headmaster, Captain Bertram W. L. Nicholson, thought this to be too clumsy and therefore the name of The Prince of Wales School was suggested and eventually adopted). Other impressive buildings in Nairobi designed by Baker and completed with his assistant, Jan Hoogterp, include the Law Courts and Government House (now State House), described as a Palladian mansion. However, the building with the closest resemblance to the Prince of Wales School may well be Baker's Government House (now State House) near the lighthouse at Ras Serani, Mombasa. Not only has it "large columned loggias", but it also has an archway, through which can be glimpsed the Indian Ocean, leading Baker to wax poetic: "One can live out between these columns both by day and night in the warm and soft sea air."
​
Baker was the architect of a number of Cemeteries in France in the aftermath of the First World War, including Delville Wood Cemetery‎ and Memorial and the nearby South African War Memorial, the London Cemetery and Extension, Adanac Military Cemetery for the Canadians, the AIF Burial Ground for the Australian Imperial Force, a memorial within the Caterpillar Valley Cemetery, Courcelette British Cemetery, Dantzig Alley British Cemetery, Flatiron Copse Cemetery, Guards Cemetery, Les Bouefs, Ovillers Military Cemetery and Quarry Cemetery.
​
Sir Herbert Baker died in Kent in 1946 and his tomb is in Westminster Abbey.

Information above by wikipedia​
​ 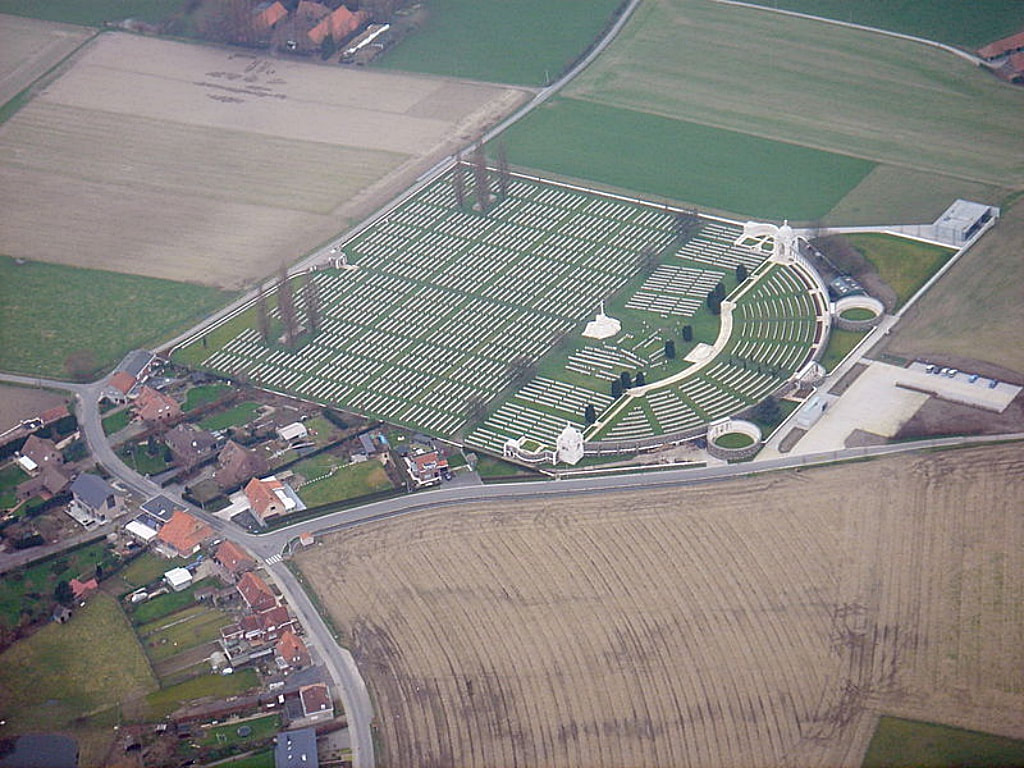 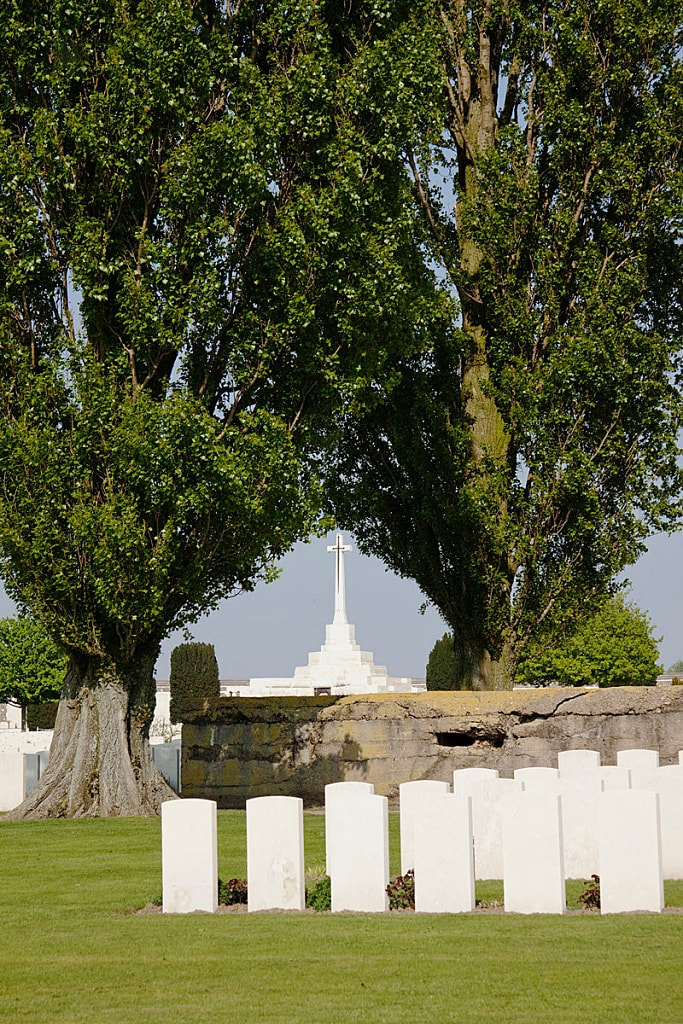 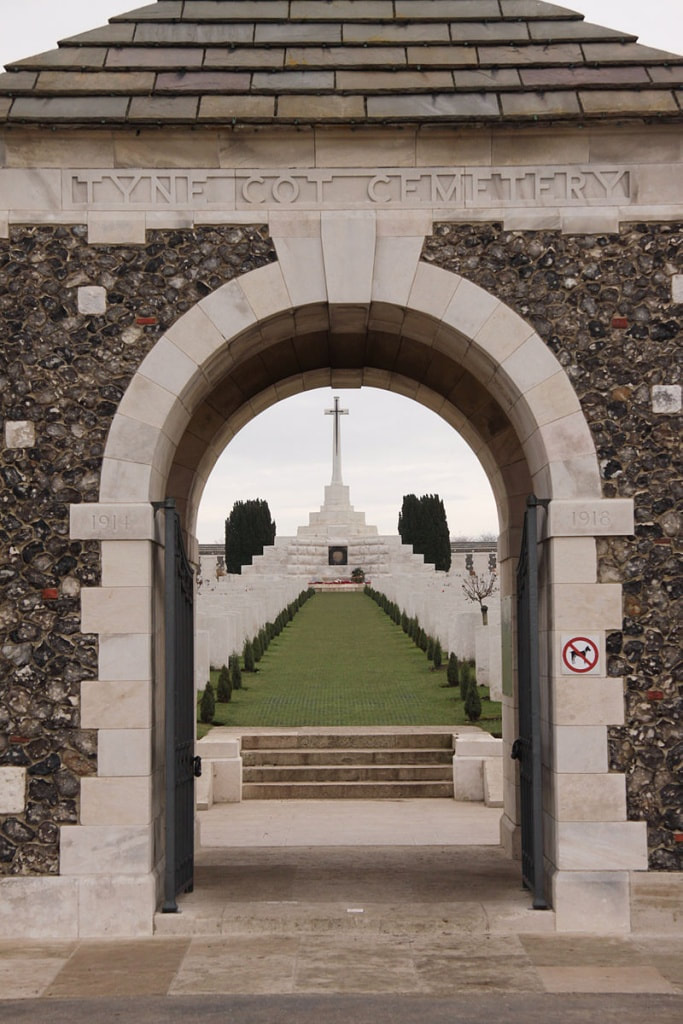 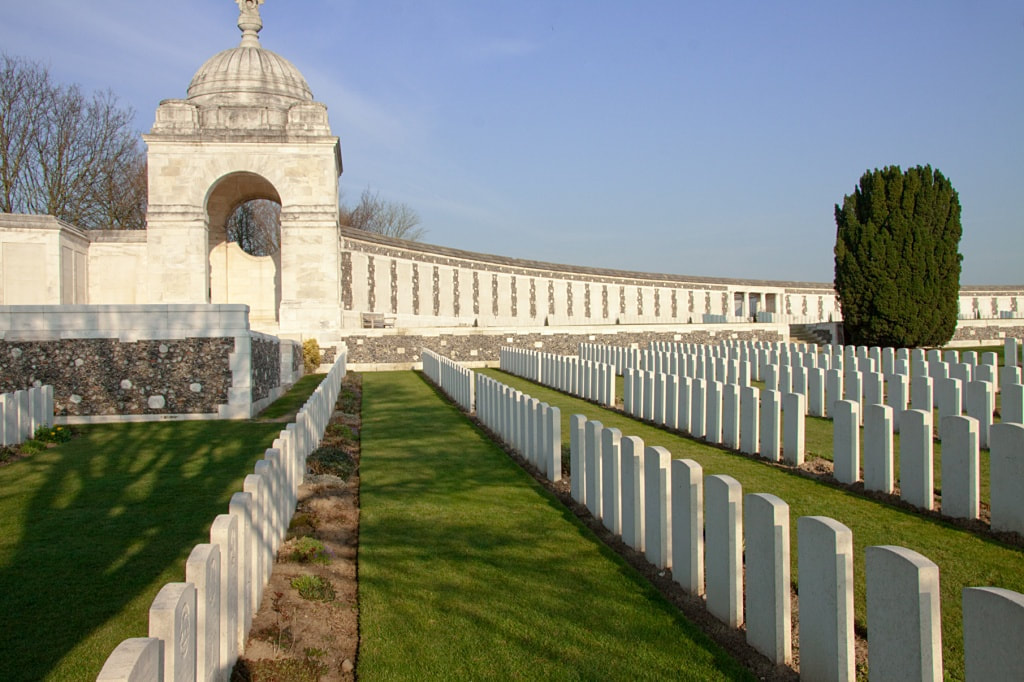