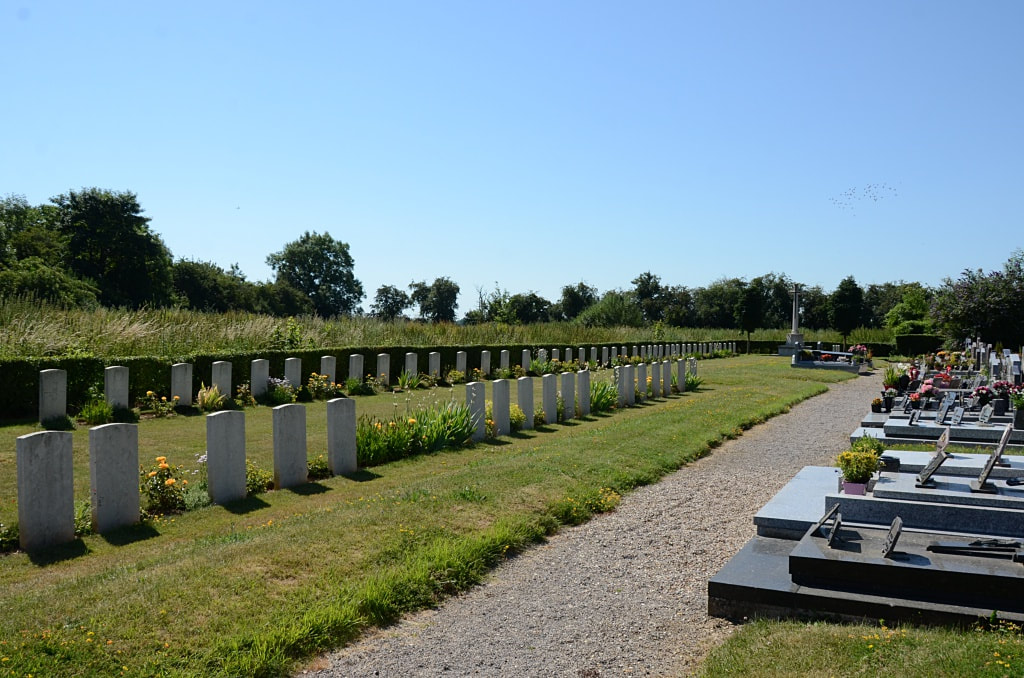 Allonville is a village in the Department of the Somme, 8 kilometres north-east of Amiens, on the D919 Amiens to Contay road.

Take the D247 to the village of Allonville (1 kilometre), then the Rue de la Marie just out of the village.

The communal cemetery was used from August 1916 to February 1917 by the 39th Casualty Clearing Station then posted at Allonville, and from April to July 1918, by Australian fighting units.

The cemetery contains 78 Commonwealth burials of the First World War. There is also one Second World War burial. 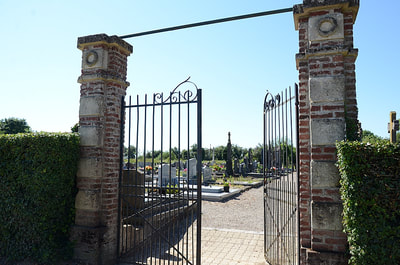 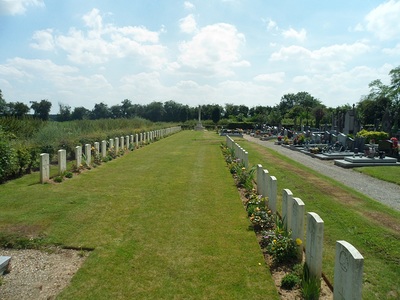 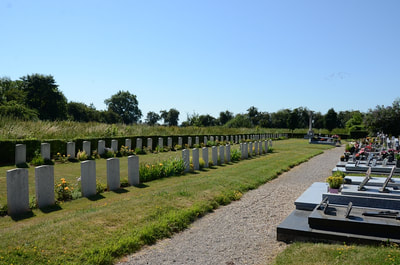 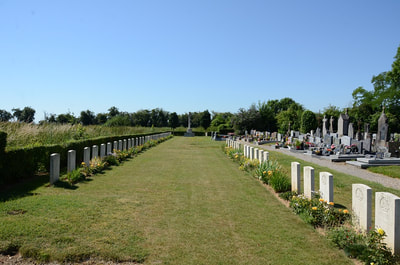 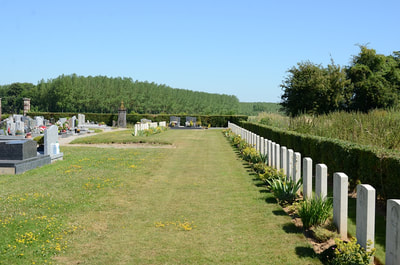 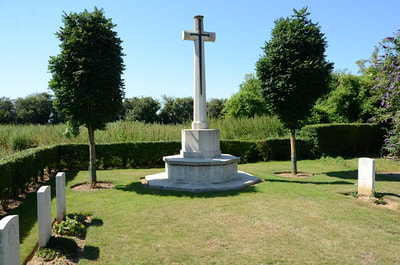 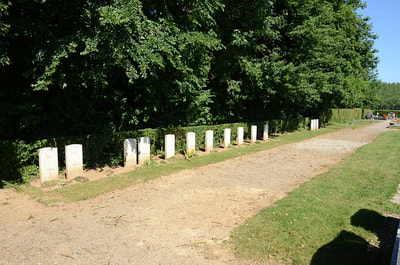 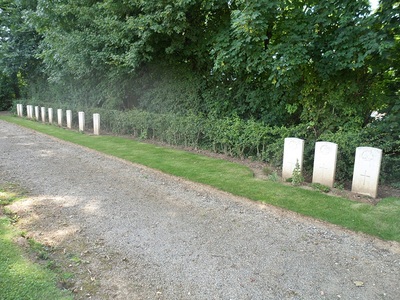 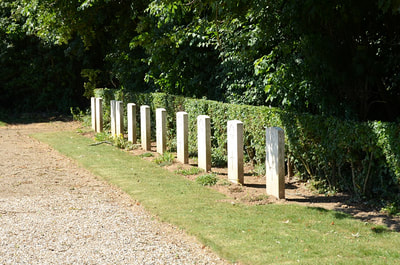 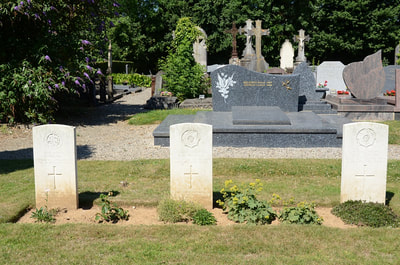 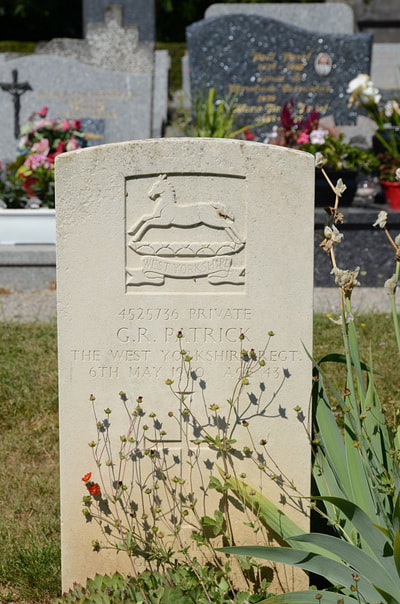 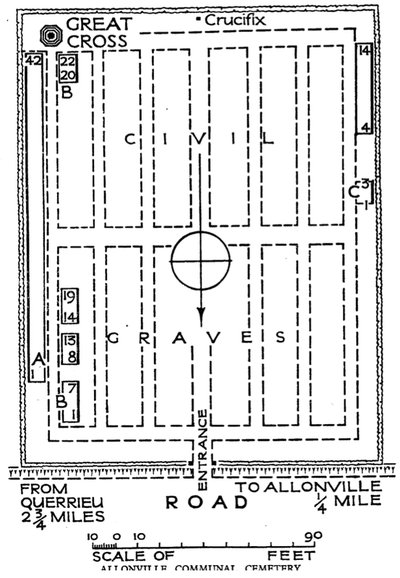 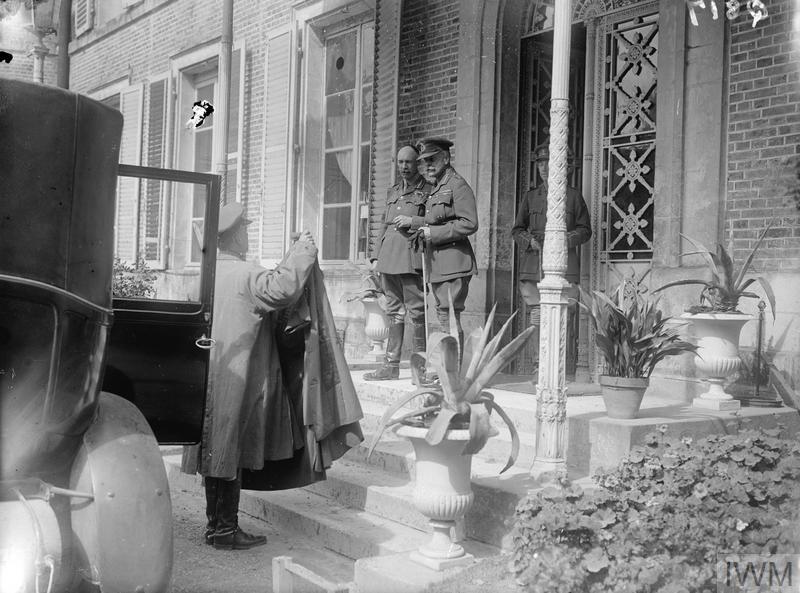 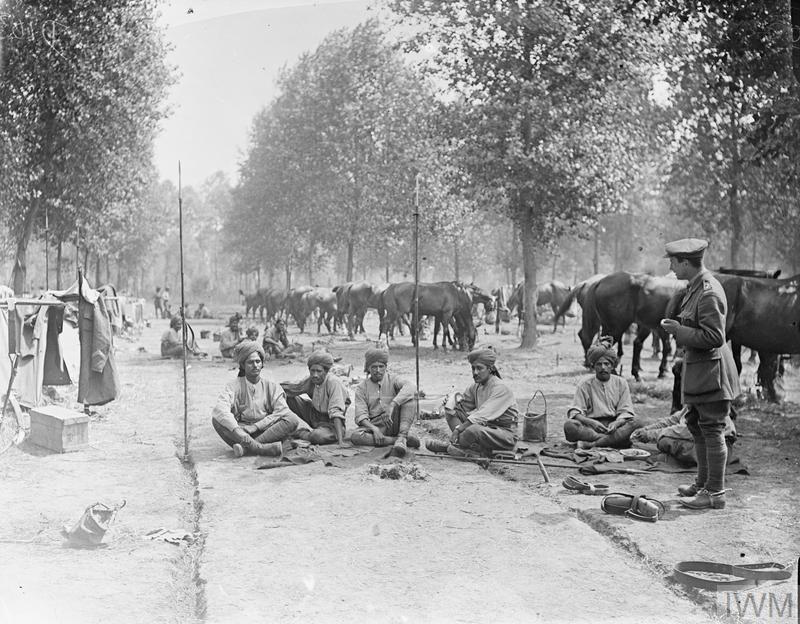 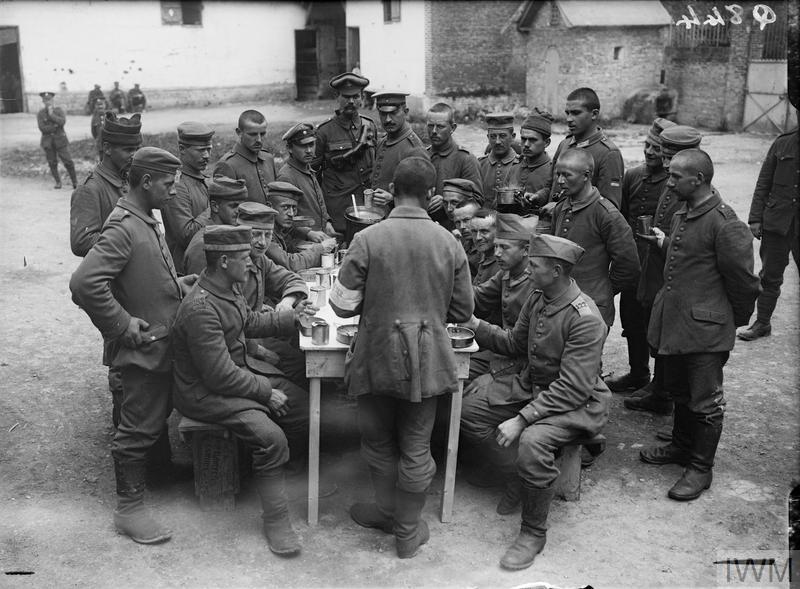 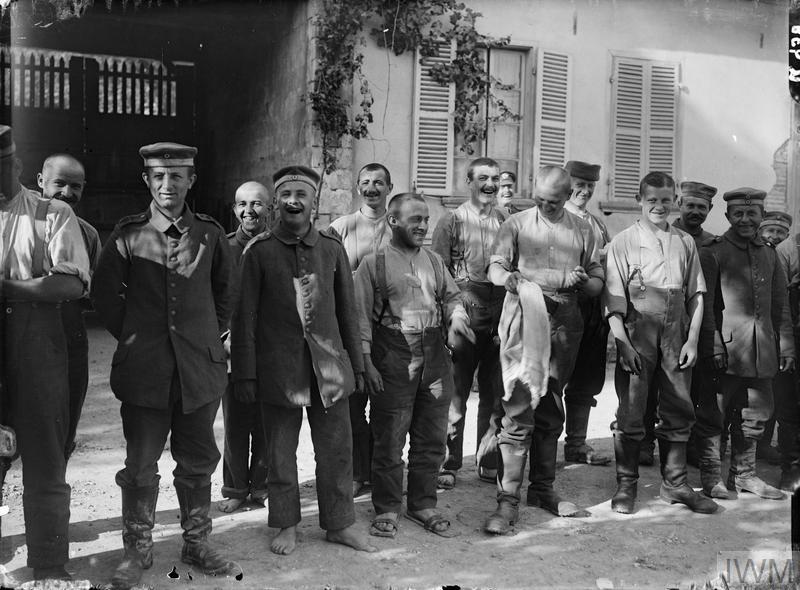 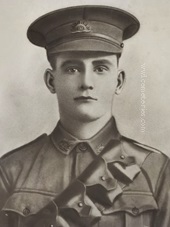 Son of Thomas and Maria Delaney, of Nirranda, Victoria, Australia. 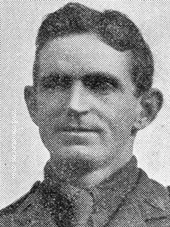 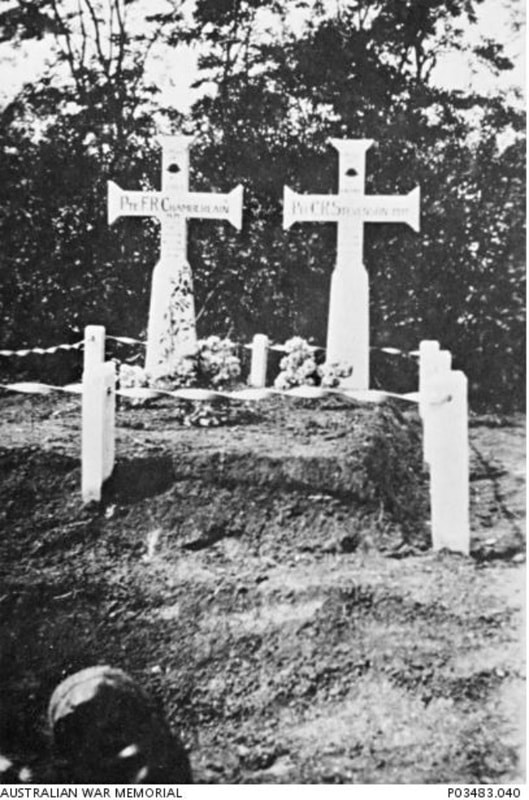 From left to right: 3383 Private (Pte) Frederick Reeve Chamberlain, and 14016 Corporal (Cpl) Clyde Raymond Stevenson MM. Cpl Stevenson was a photographer of Prahran, Vic prior to enlisting on 2 March 1916 as a member of the 3rd Australian Casualty clearing Station and sailed on HMAT Medic from Melbourne on 20 May 1916. Both men were killed in action at Amiens, France, on 10 July 1918, when they were hit by a shell while carrying wounded at Amiens.

The Military Medal was awarded to Cpl Stevenson posthumously on 27 November 1918, for 'conspicuous bravery' in carrying wounded over a long and dangerous route during a heavy bombardment at Millencourt in April 1918.

​This photograph is from an Australian Red Cross Wounded and Missing Enquiry Bureau file. The Bureau, which commenced operation in October 1915, sought to identify, investigate and respond to enquiries made regarding the fate of Australian personnel. It investigated the majority of personnel posted as wounded and missing on official Army lists, as well as written enquiries from concerned relatives and friends. Approximately 32,000 individual case files were opened for Australian personnel who were reported as wounded or missing during the First World War. The Bureau employed searchers to operate both at the front and in Britain. They searched official lists of wounded and missing, interviewed comrades of missing soldiers in hospitals and wrote to men on active service. Altogether 400,000 responses were sent back to those who placed enquiries with the Bureau. (c. 1919) 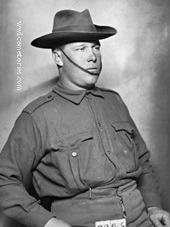 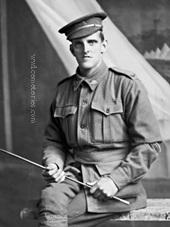 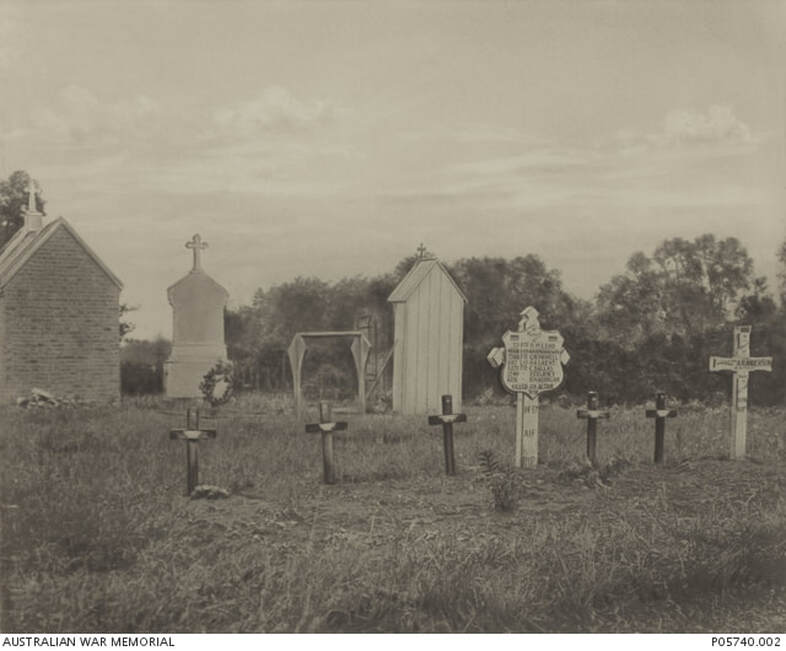 Allonville Communal Cemetery near Amiens, France. One of the men buried there is 2240 Private Robert Delaney (below), 4th Light Horse Regiment. Delaney was killed on 31 May 1918 when a German bomb exploded in the barn in which he was sleeping. The barn collapsed, killing and wounding many members of the 14th Battalion who were billeted there. Delaney's grave is that marked by a white shield shaped marker, and other names are also recorded on it. 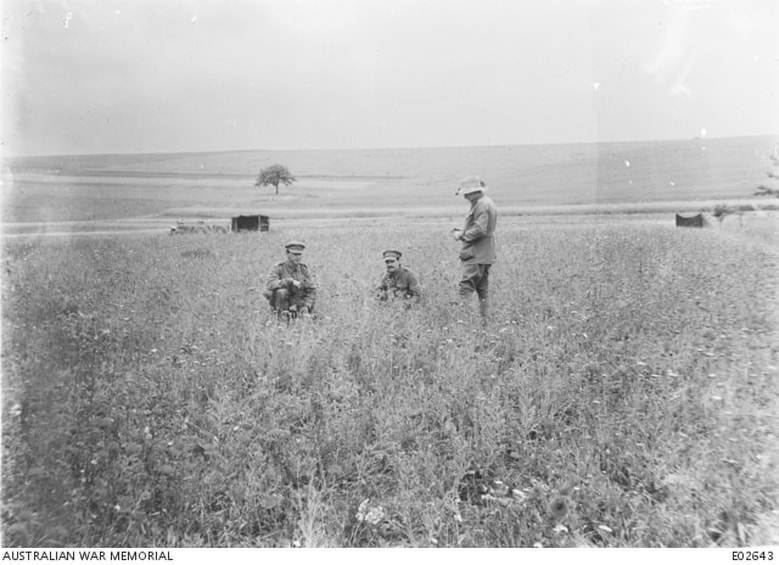 20th June 1918. Three unidentified Australians in a field of flowers at Allonville. This richly green countryside, ablaze with bright red poppies was a favourite rest area of the Australian troops on coming out for a spell from the Somme fighting. 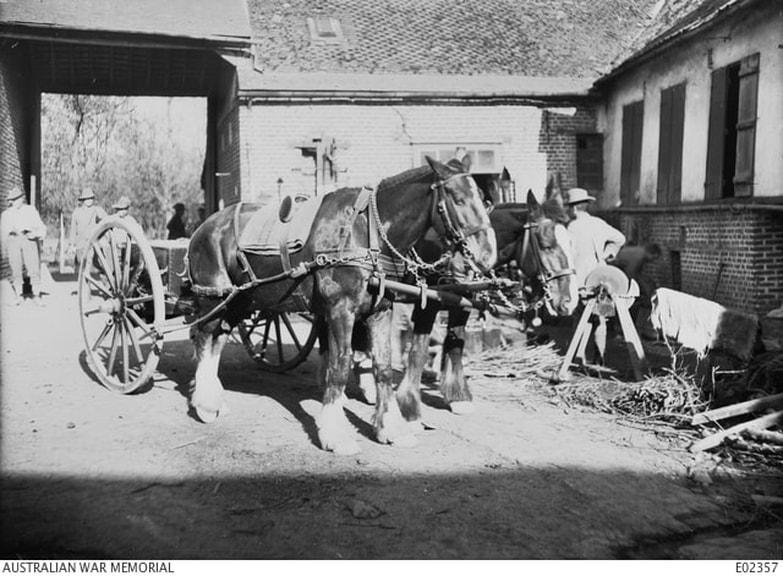 17th May 1918; An infantry field cooker team resting in a billet yard at Querrieu, after the review of the 3rd Division at Allonville. 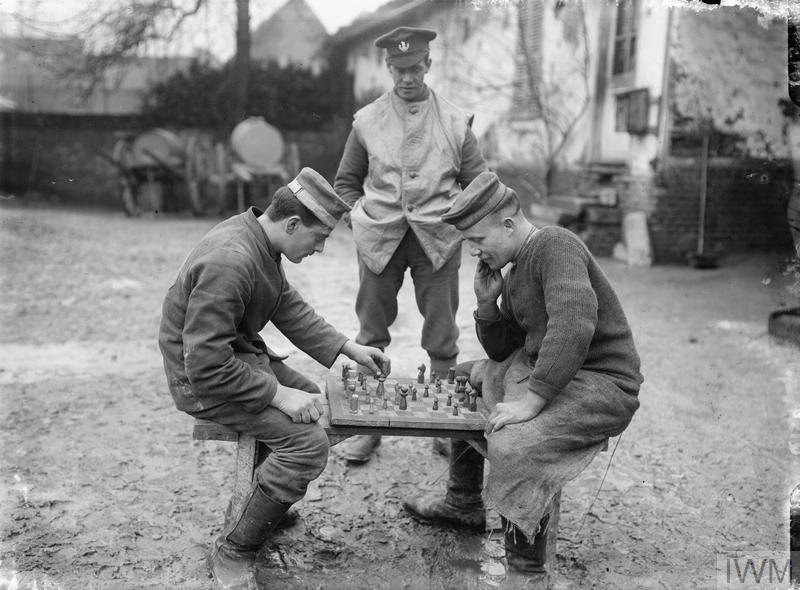 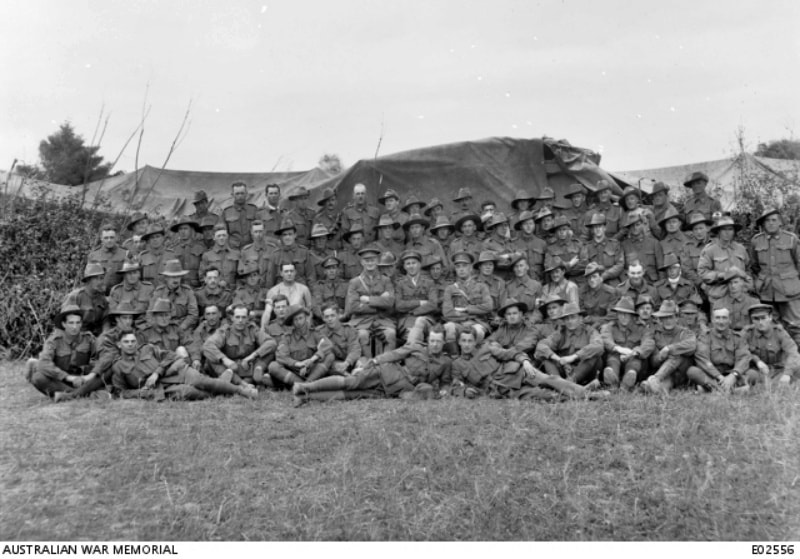 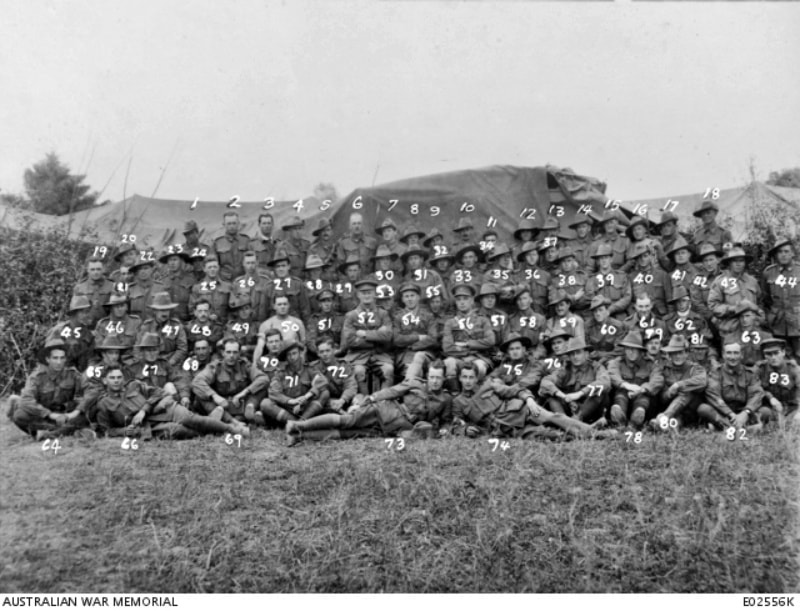