The Anzac and Suvla cemeteries are first signposted from the left hand junction of the Eceabat - Bigali road. From this junction you should travel into the main Anzac area.
​
At 12.6 kms you will encounter a track on the right leading to No. 2 Outpost cemetery. This is a small cemetery within 100 metres of New Zealand No.2 Outpost Cemetery

The Cemetery is permanently open and may be visited at any time. Wheelchair access possible via main entrance.

No.1 and 2 Outposts were made by Nelson Company of the Canterbury Infantry Battalion on 30 April, for the burial of some of those killed when the 7th and 12th Australian Infantry Battalions landed nearby on 25 April. No.2 Post was the scene of heavy fighting at the end of May and it was one of the starting points for the Battle of Sari Bair. It contained the best well in Anzac and the 16th Casualty Clearing Station and the New Zealand Dental Corps clinic were established close by.

No.2 Outpost Cemetery was made during the occupation and in it, 152 Commonwealth servicemen of the First World War are buried or commemorated. 66 of the burials are unidentified and special memorials commemorate 48 casualties known or believed to be buried among them. 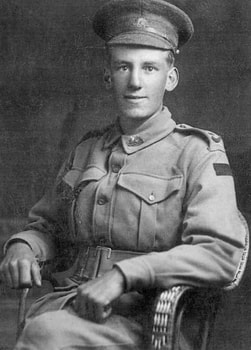 Inscription "Our Darling Greater Love Hath No Man Than This"

Studio portrait of 648 Private (Pte) Carl Amos, 1st Battalion, of Bathurst, NSW. Prior to enlisting on 19 August 1914, Amos worked as a storeman at Holdsworth & McPhersons's emporium in Sydney. He embarked for service overseas with B Company from Sydney aboard HMAT Afric on 18 October 1914. Pte Amos was killed in action during the landing at Gallipoli on 25 April 1915, aged 24. He was buried at No 2 Outpost Cemetery, Gallipoli. 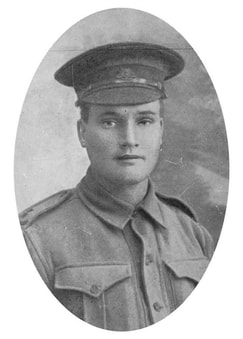 Studio portrait of 389 Private Vernon Thomas Brookes 7th Battalion of Duliston, Victoria. A school teacher prior to enlisting, he embarked from Melbourne aboard HMAT Hororata (A20) on 19 October 1914. On 25 April 1915, he was killed in action at Gallipoli, Turkey, aged 22. He is buried in the No 2 Outpost Cemetery, Gallipoli, Turkey. His brother, Second Lieutenant Leslie Robert Brookes served with the 21st Battalion, was awarded a mentioned in Despatches and returned to Australia on 20 December 1918.

Identified from left to right: 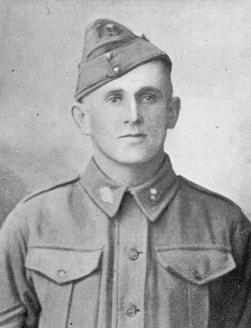 Inscription "Lead Kindly Light Lead Thou Me On"

Portrait of 368 Lance Sergeant (LSgt) Alfred J Collins, 7th Battalion. A school teacher from Stanley, Victoria, LSgt Collins enlisted in August 1914 and on 19 October 1914 embarked from Port Melbourne on HMAT Hororata with C Company. LSgt Collins was killed in action on the day of the landing at Gallipoli on 25 April 1915 and is buried at No 2 Outpost Cemetery at Gallipoli. LSgt Collins was one of ten cousins to serve during the war; he was 19 years old.

Group portrait of soldiers of B Company, 7th Battalion. 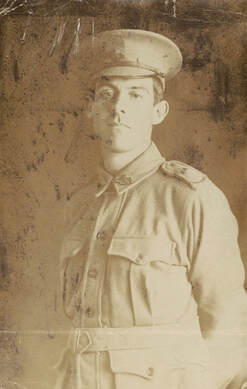 Studio portrait of 1352 Private (Pte) Roy Holcombe King, 19th Battalion. A farmer of Neutral Bay, Sydney, he enlisted on 19 February 1915 and sailed from Melbourne on HMAT Ceramic with D Company on 25 June 1915. He was badly wounded at Suvla on 4 September 1915 and was carried to the 16th Clearing Station, Anzac, where, shortly after he died from his wounds. He was buried at No 2 Outpost Cemetery, Gallipoli. This photograph is from an Australian Red Cross Wounded and Missing Enquiry Bureau file. The Bureau, which commenced operation in October 1915, sought to identify, investigate and respond to enquiries made regarding the fate of Australian personnel. It investigated the majority of personnel posted as wounded and missing on official Army lists, as well as written enquiries from concerned relatives and friends. Approximately 32,000 individual case files were opened for Australian personnel who were reported as wounded or missing during the First World War. The Bureau employed searchers to operate both at the front and in Britain. They searched official lists of wounded and missing, interviewed comrades of missing soldiers in hospitals and wrote to men on active service. Altogether 400,000 responses were sent back to those who placed enquiries with the Bureau. 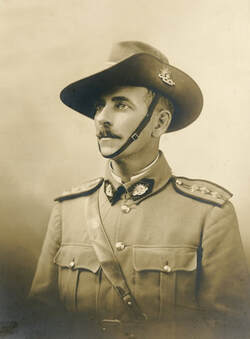 Studio portrait of Captain (Capt) John Fitzmaurice Guy Luther, Australian Army Medical Corps. A medical practitioner from Bundaberg, Queensland, Capt Luther embarked with Headquarters, 15th Battalion, from Melbourne aboard HMAT Ceramic (A40) on 22 December 1914. Serving as a Medical Officer with the 15th Battalion, he died of wounds on 25 August 1915 at Gallipoli, aged 45. 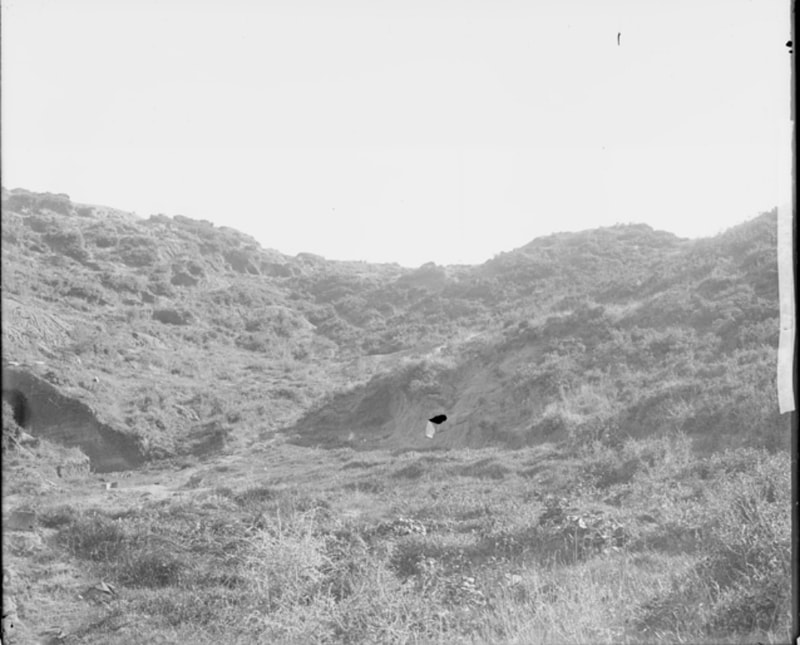 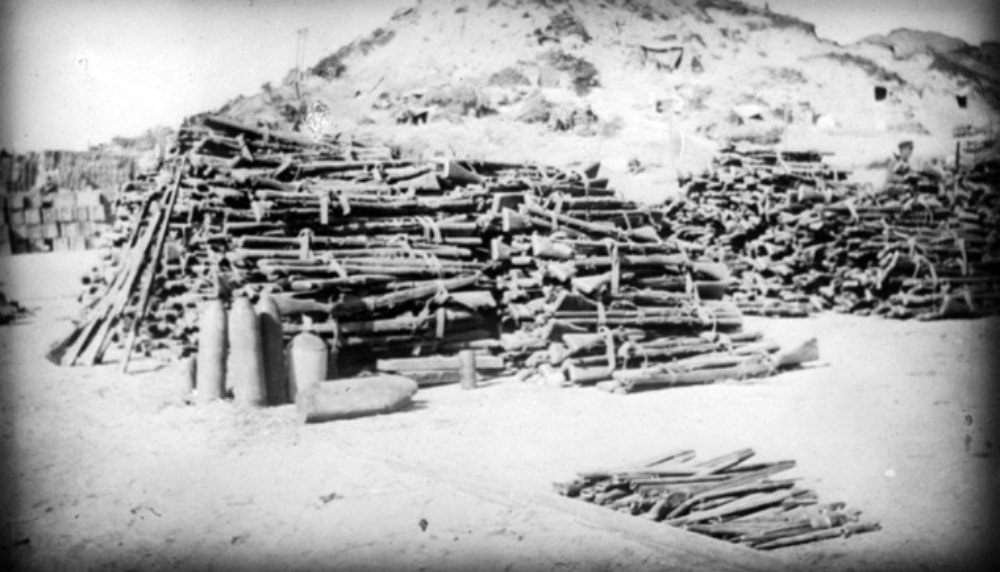 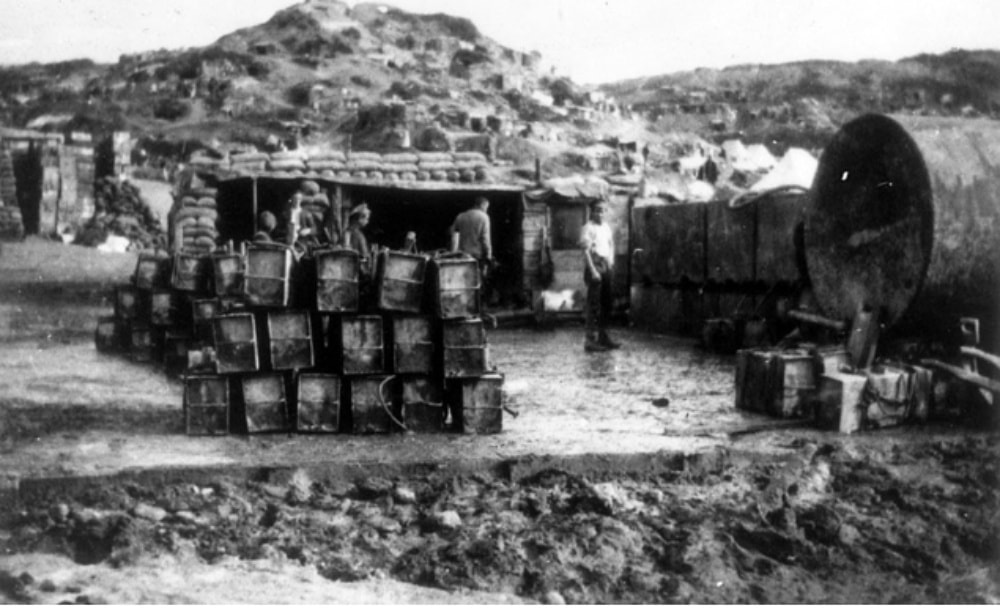 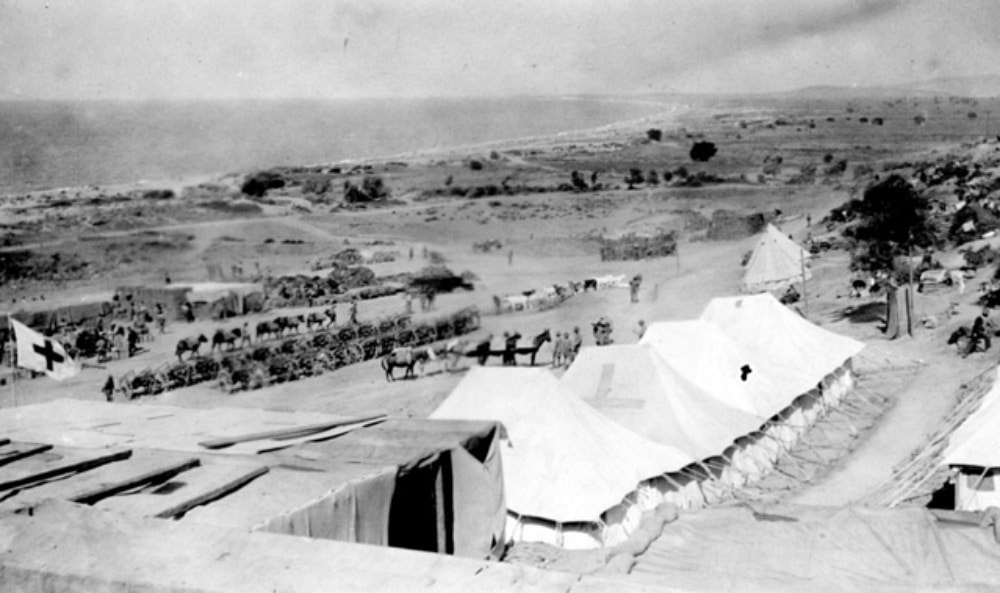 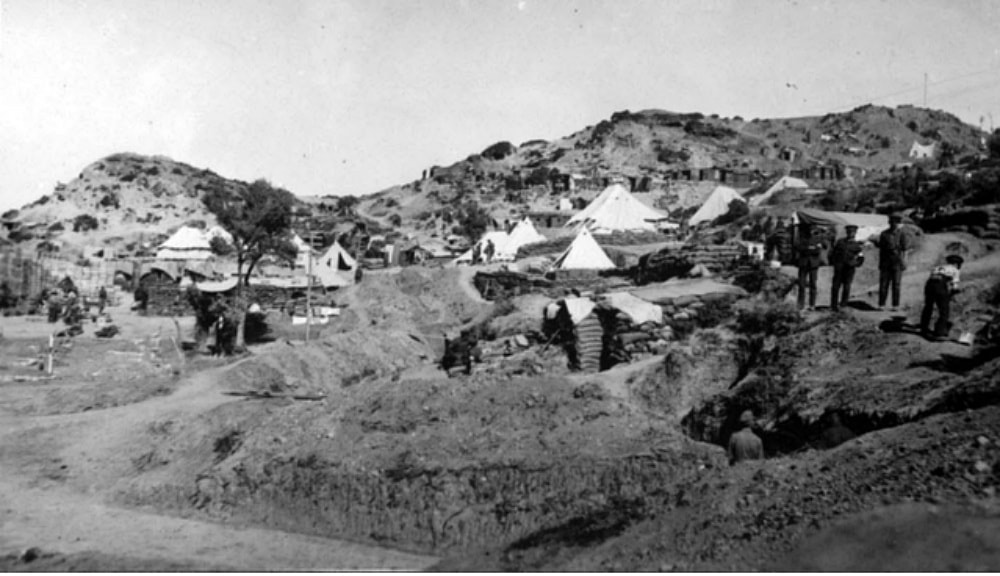 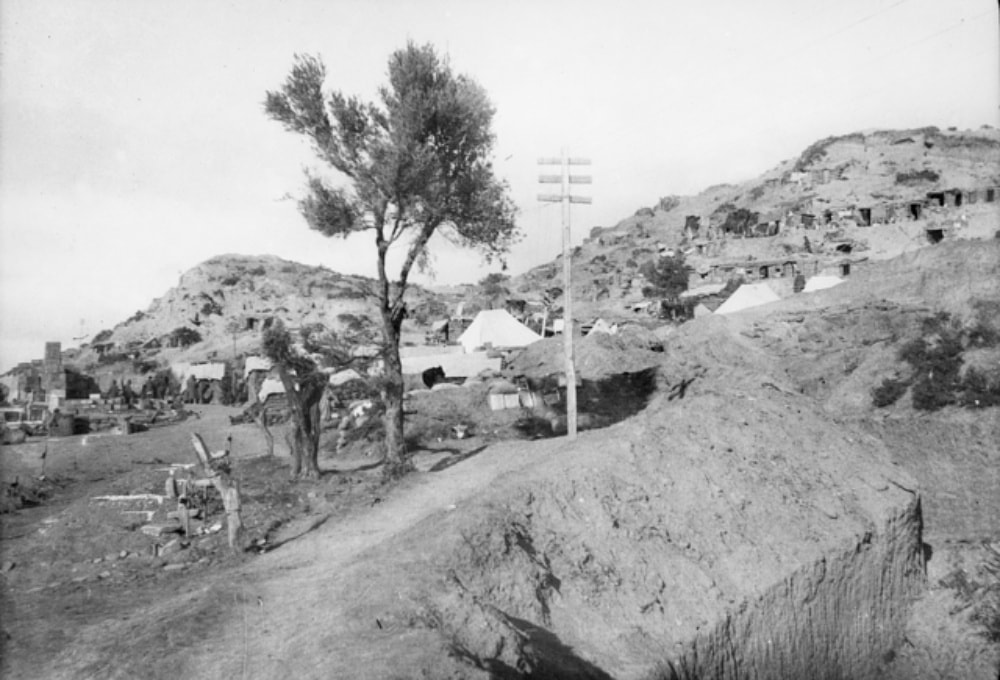 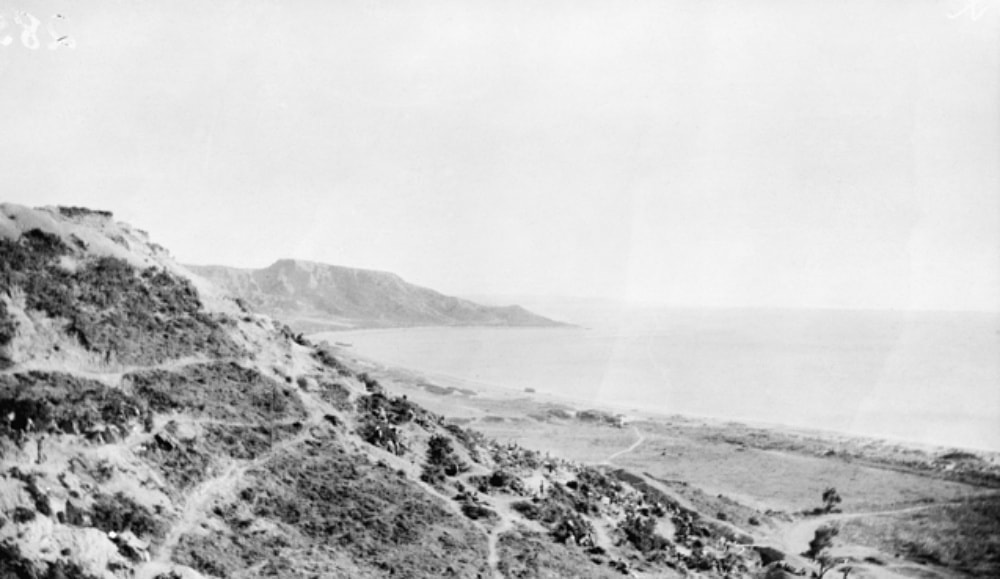 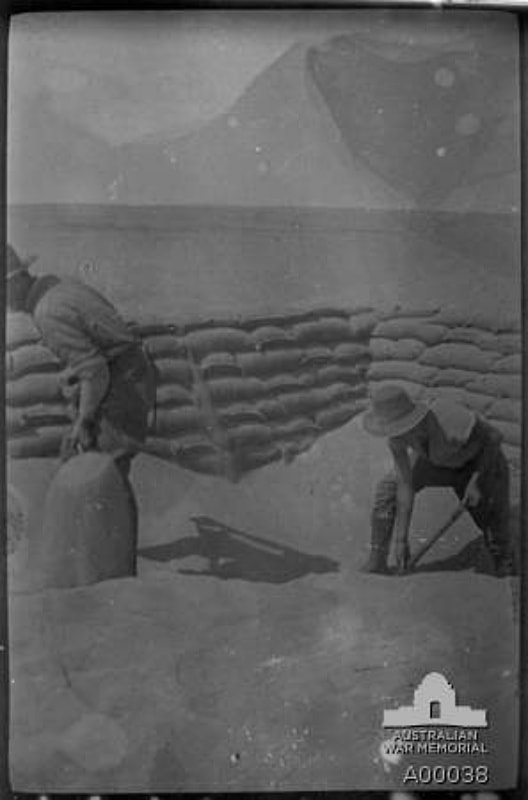 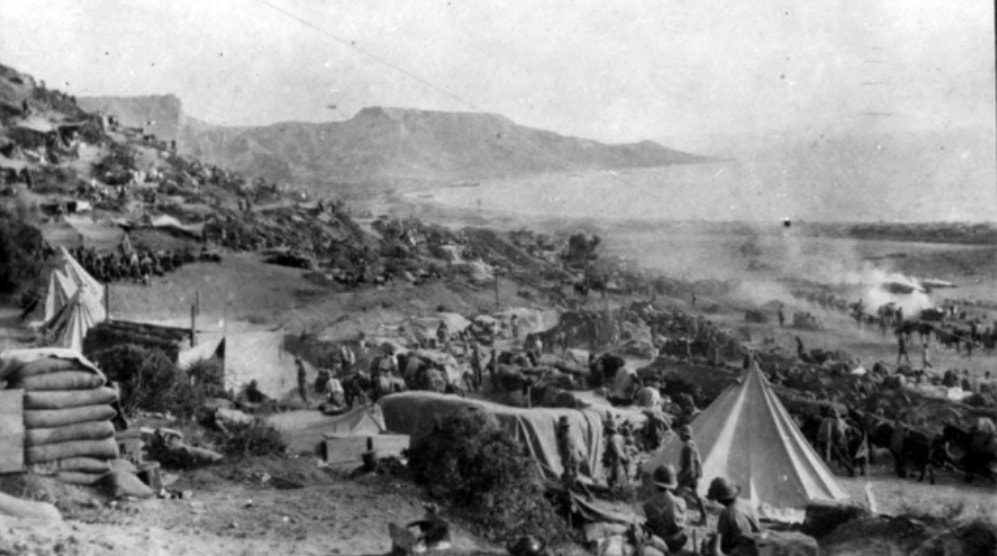