The village of Angre is located south-west of the town of Mons on the N553. From the motorway E19, which runs between Mons and Valenciennes, turn off at junction 26 onto the N552 in the direction of Thulin/Dour. Follow the N552 to the Town of Dour and the junction with the N553, turn onto the N553 in the direction of Angre/Audregnies. On entering the village of Angre the road bears to the left and there is a junction off to the right signed Baisieux, the cemetery is by this junction in rue E.Cornez.

Angre Communal Cemetery contains 16 Commonwealth burials of the First World War, five of which are unidentified. They date from August 1914 and October-December 1918, and in most cases were brought into the cemetery after the Armistice. 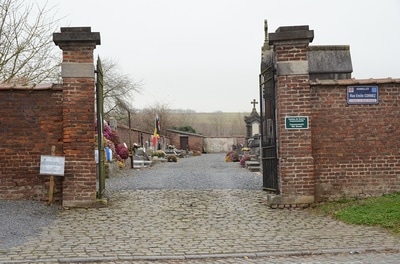 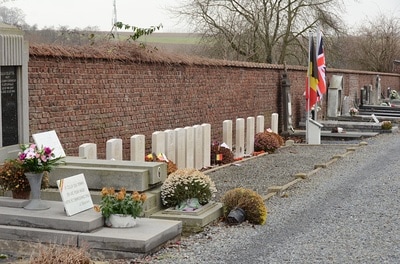 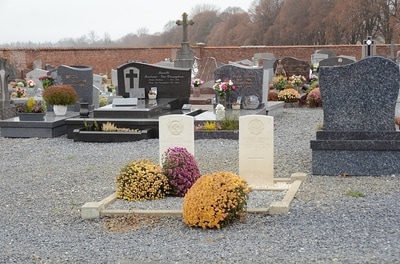 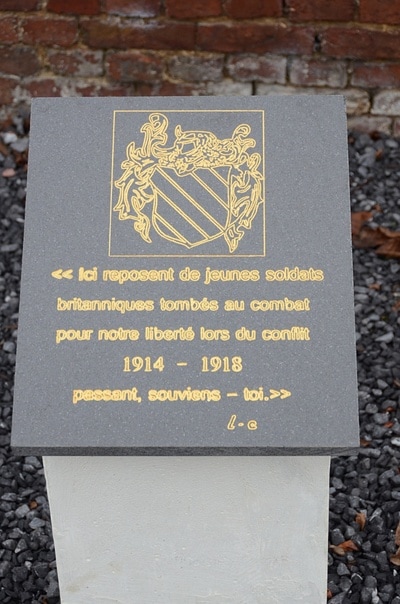 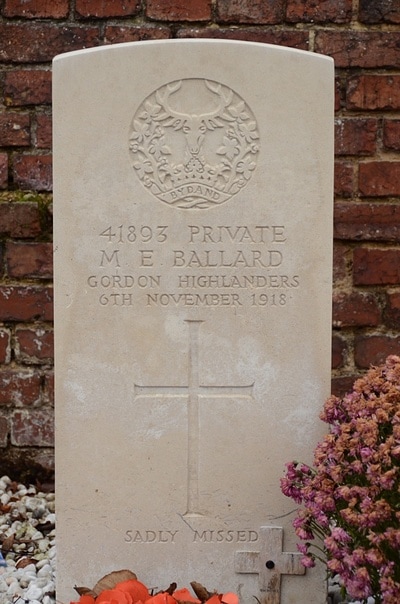 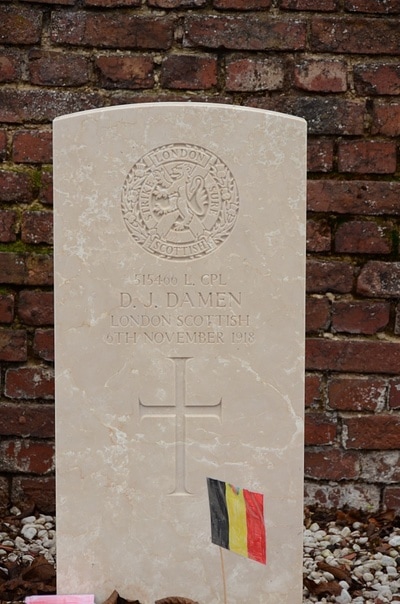 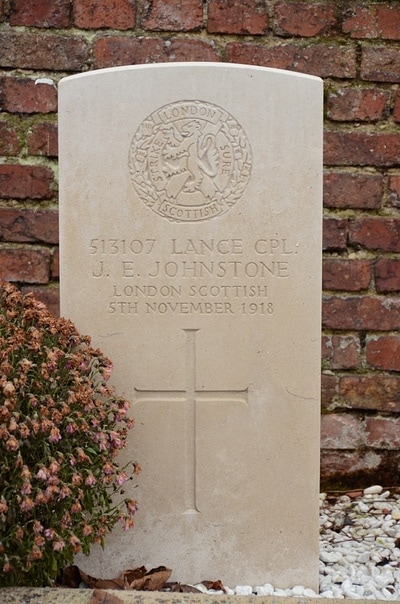 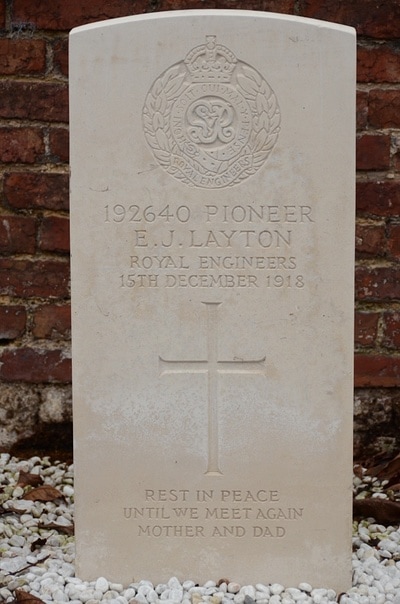 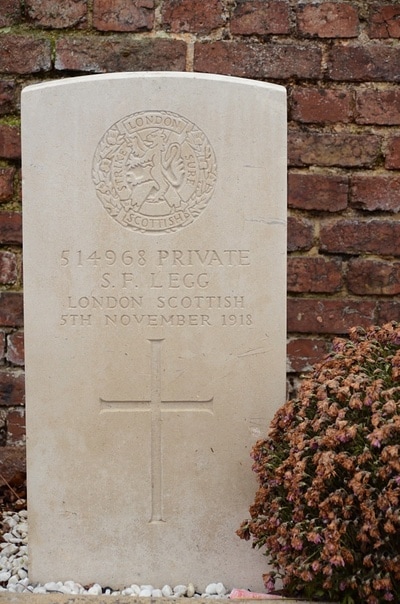 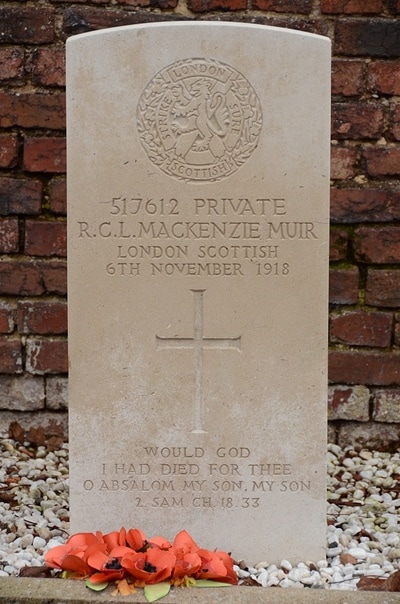 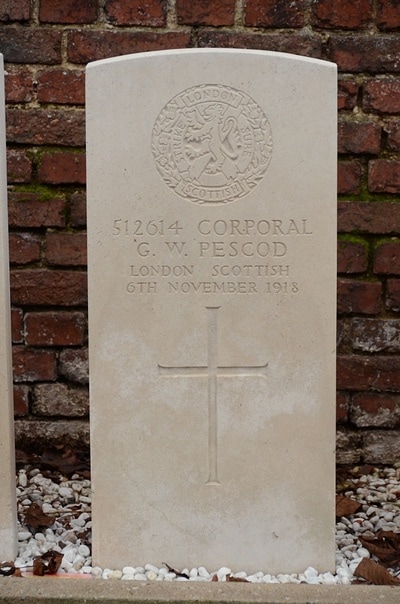 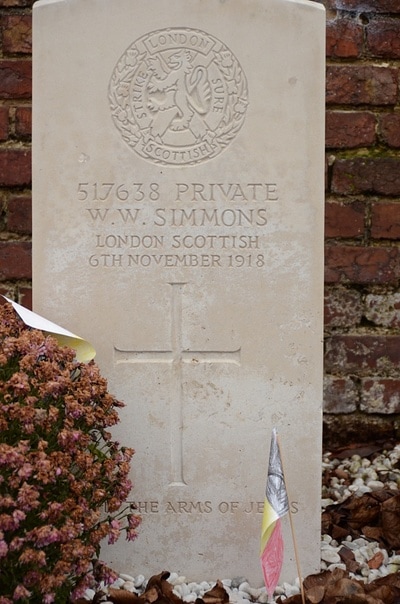 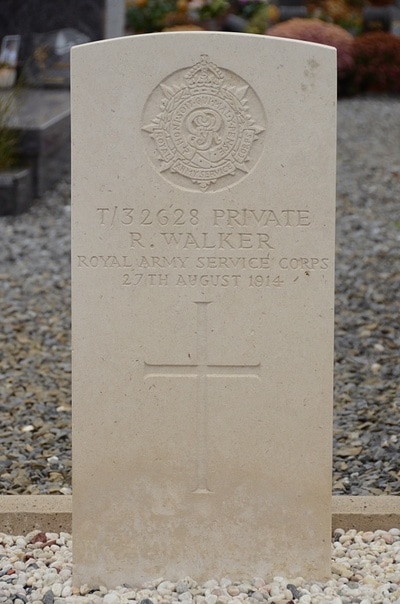 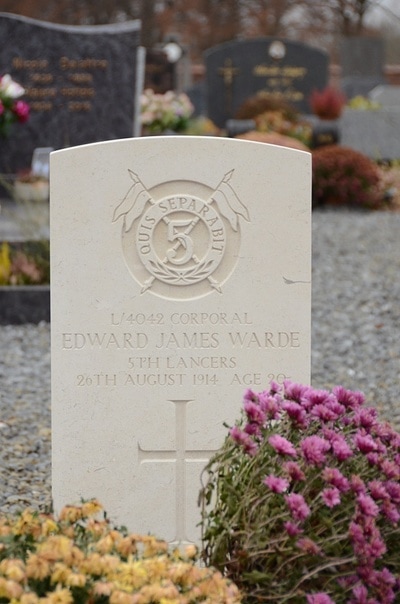 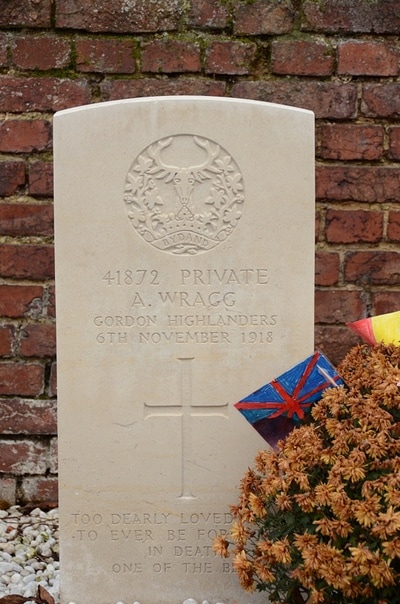 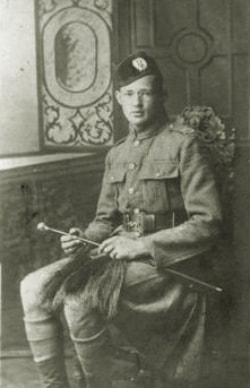 Son of Charles Mackenzie-Muir and Kathrine Adelaide, his wife, of The Gardens, Gordon Town, Jamaica. Born at Kingston, Jamaica. Educated at Jamaica College.