The village of Anvaing is located north-east of the town of Tournai on the N529. From the motorway E42, which runs between Mons and Lille, turn off onto the A8 at junction 33 and follow to the end. At the end of the A8 turn right onto the N60 direction Leuze. After a short distance, at the junction with the N529, turn left direction Frasnes -lez-Anvaing. Follow the N529 into the village and the church is in the centre on the left. The graves are located to the right of the church. 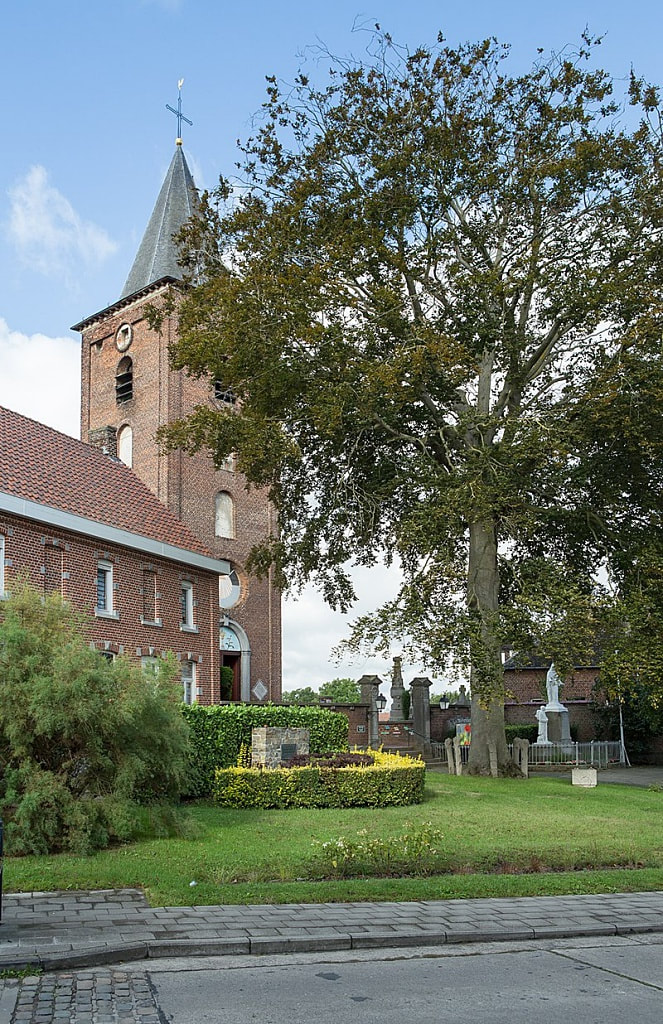 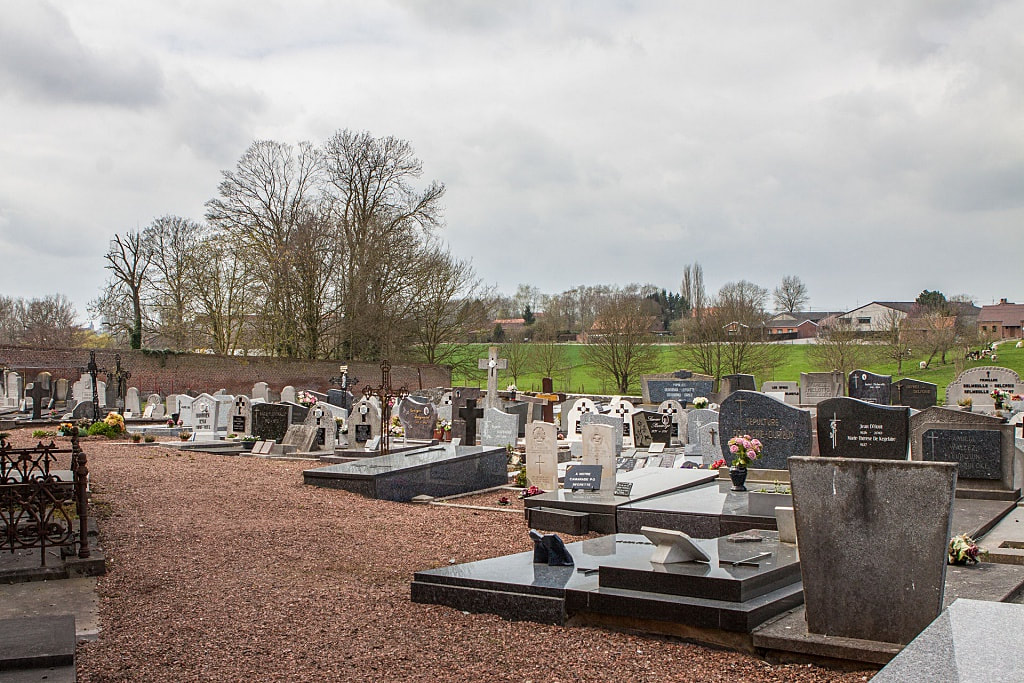 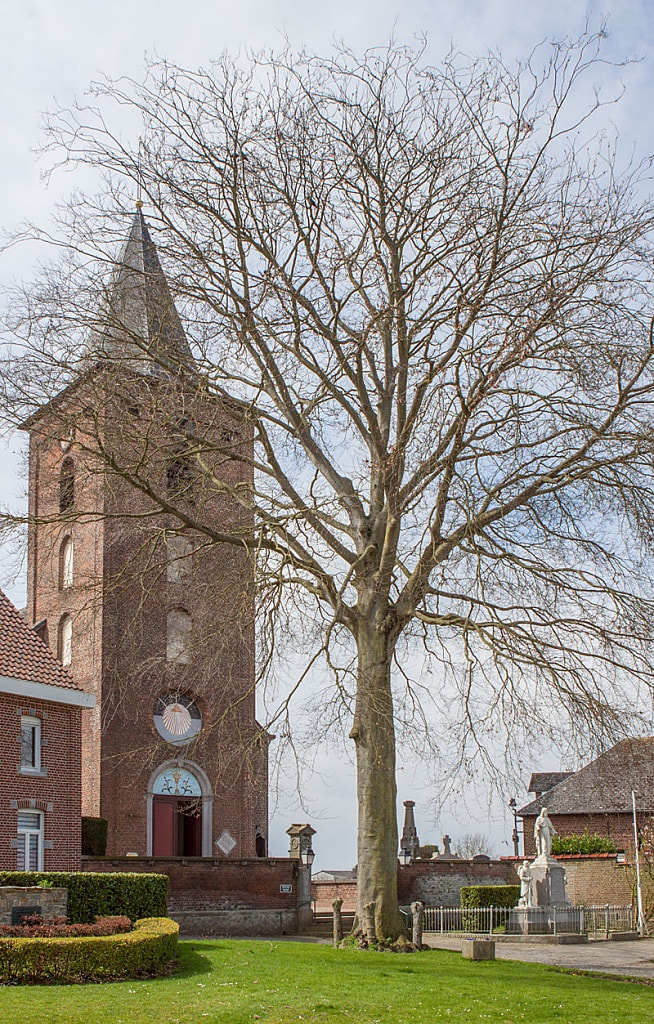 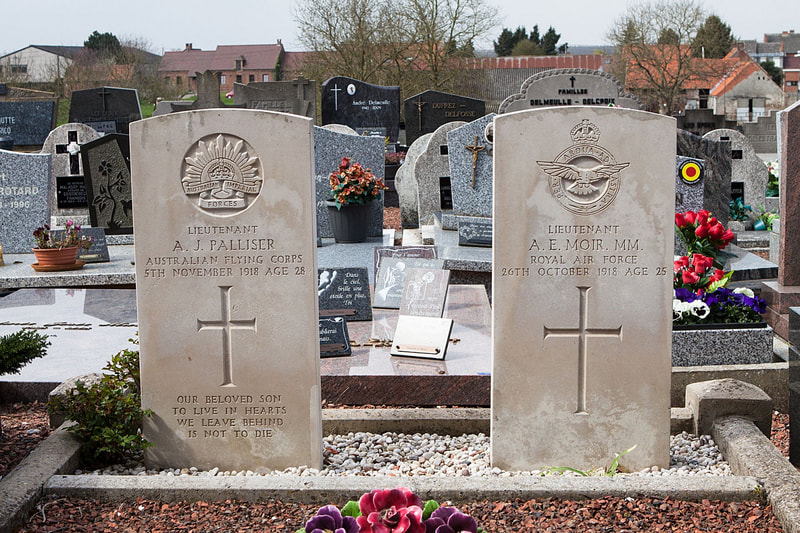 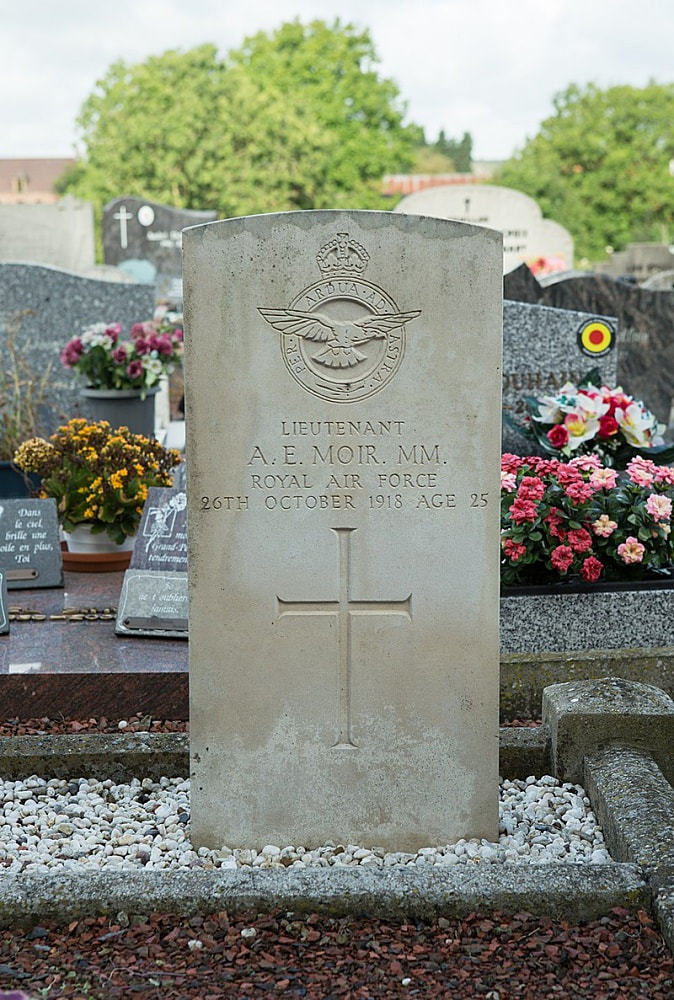 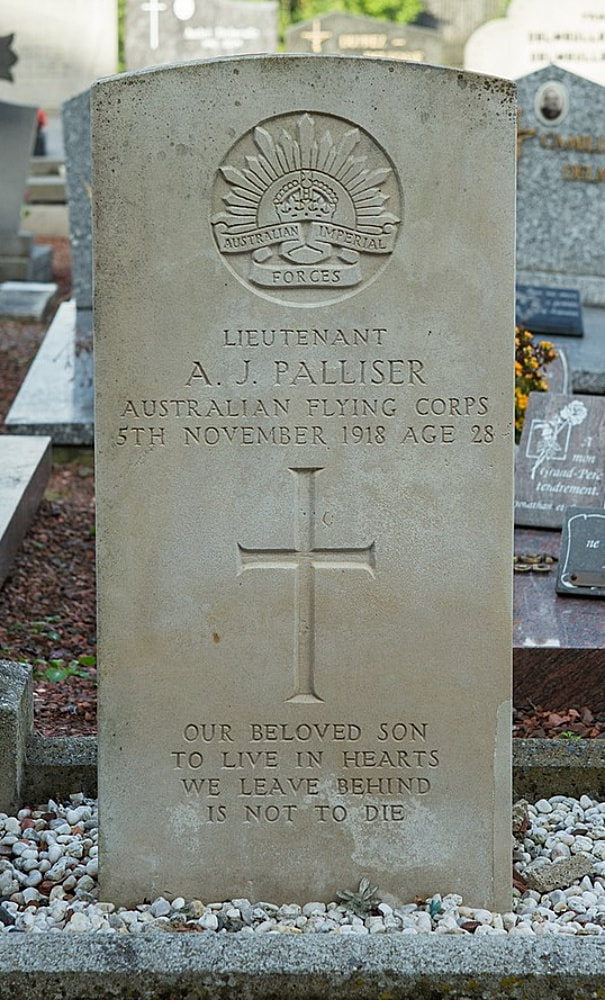 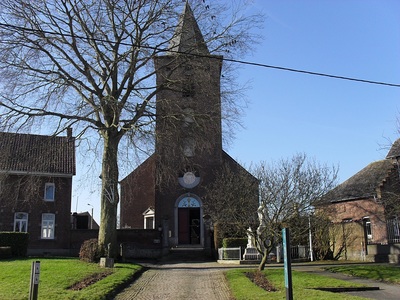 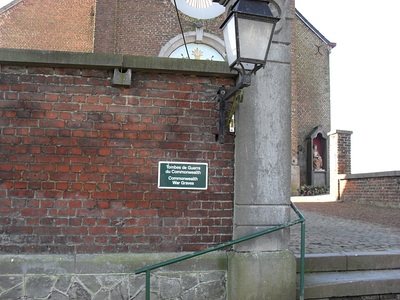 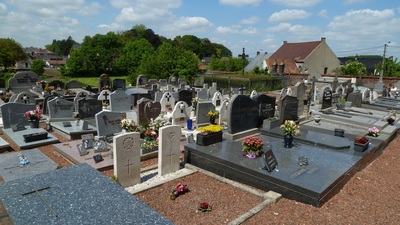 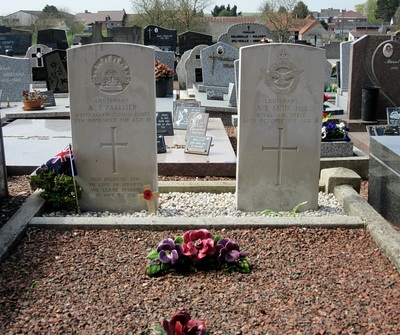 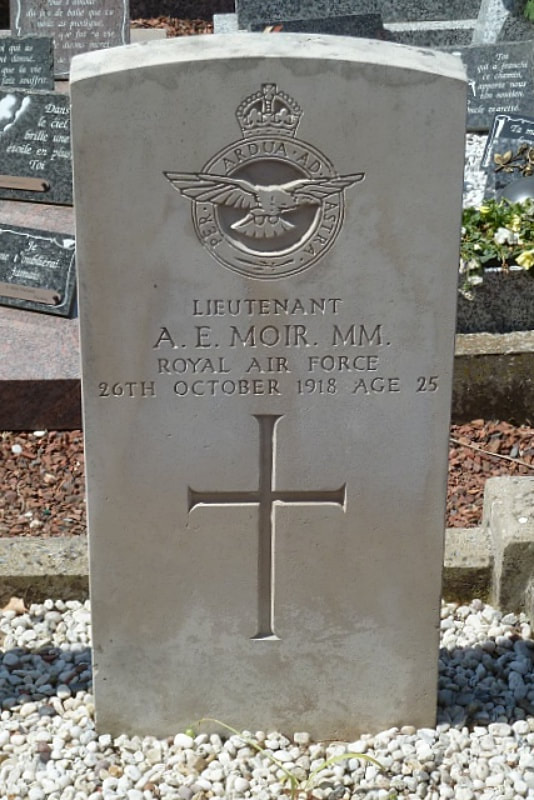 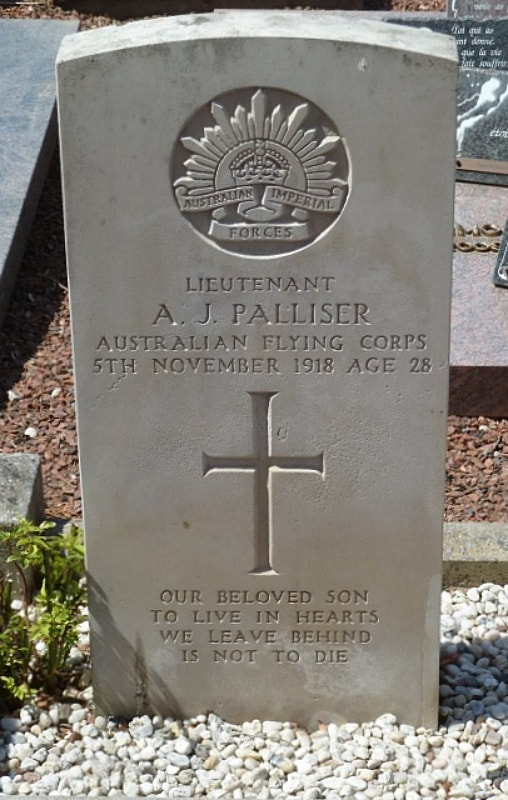 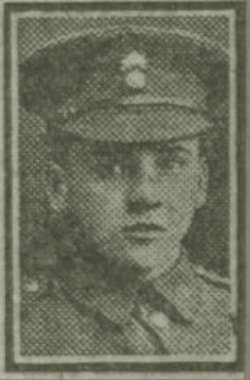 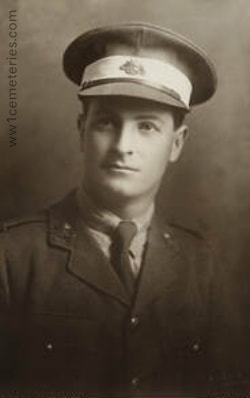 Studio portrait of Officer Cadet (later Lieutenant (Lt)) Arthur John Palliser, 4 Squadron Australian Flying Corps. A motor mechanic from Launceston, Tas, prior to enlisting in September 1914, 1939 Driver Mechanic Palliser embarked with the 300 Mechanical Transport, AASC, from Melbourne aboard HMAT Ceramic (A40) on 22 December 1914. He was promoted to Sergeant in February 1916 and transferred to the Australian Flying Corps as a cadet in January 1918, where he trained as a pilot. Lt Palliser joined 4 Squadron in August 1918 and was reported missing, later killed in action, whilst on offensive patrol over Belgium, on 4 November 1918.