Athies was captured by the 9th (Scottish) Division, which included the South African Brigade, on 9 April 1917, and from then it remained in Allied hands.

The adjoining COMMUNAL CEMETERY EXTENSION was begun immediately after the capture of the village and used by field ambulances and fighting units until May 1918, and again in September 1918.

The extension contains 312 Commonwealth burials and commemorations of the First World War. 32 of the burials are unidentified but special memorials commemorate three casualties known to be buried among them. The extension also contains 41 Second World War burials, ten of them unidentified, mostly dating from May 1940 and the German advance across nothern France. 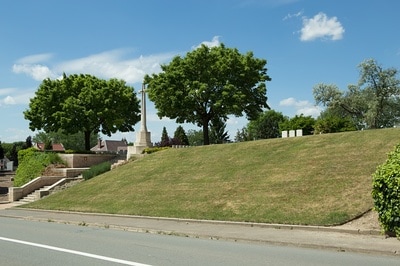 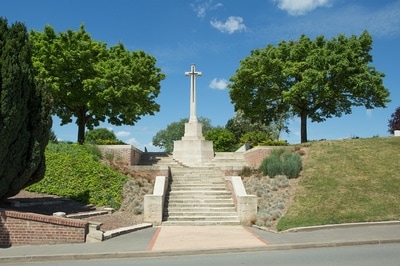 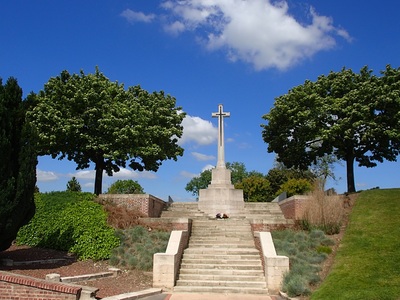 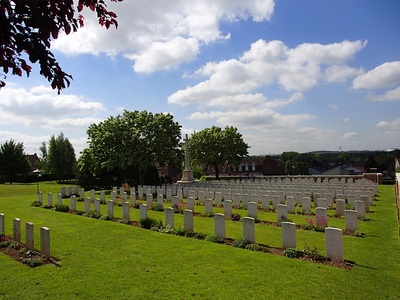 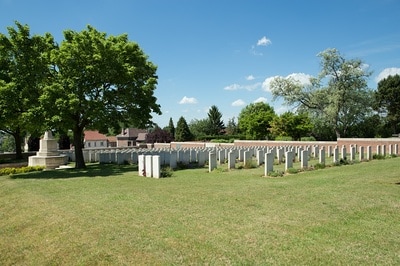 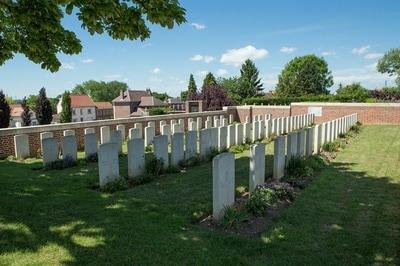 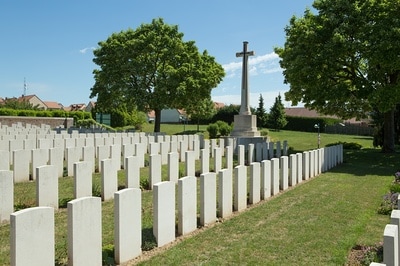 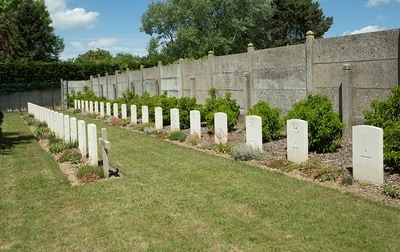 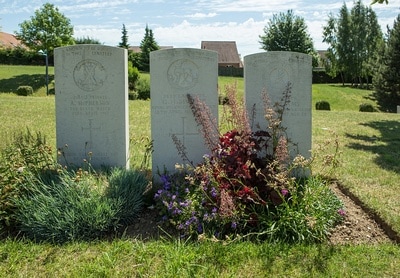 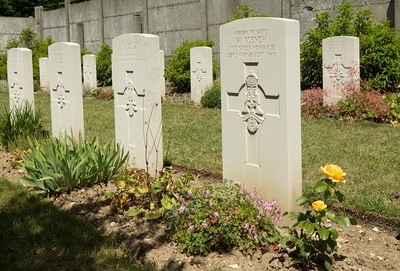 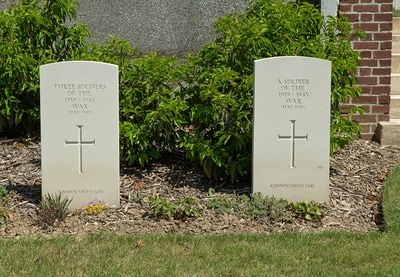 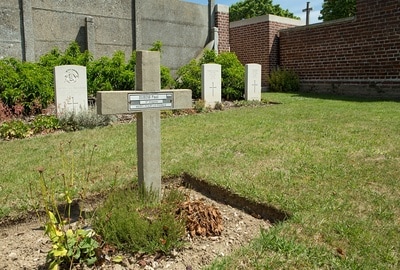 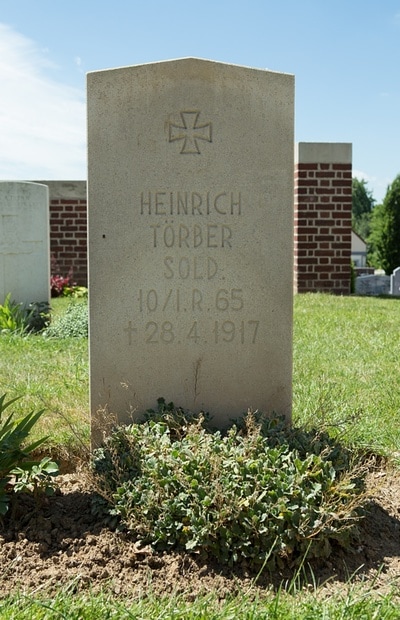 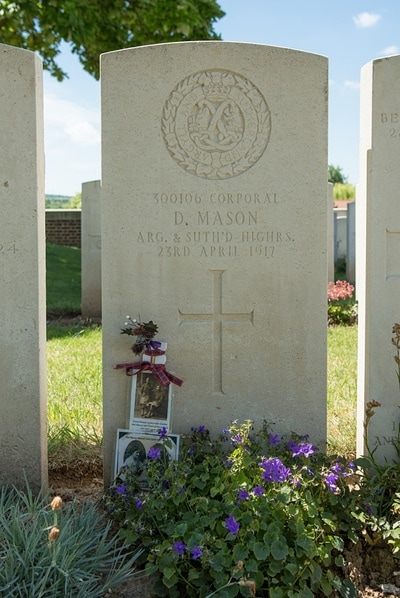 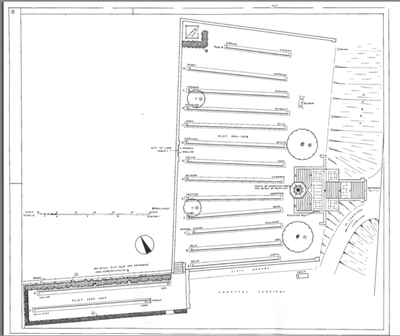 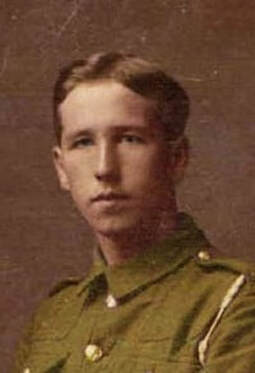 Daniel Mason: born 1893 in Campbeltown Scotland; 1915 Joined the Argyll & Sutherland Highlanders, twice wounded, promoted to Corporal.1917 took part in the battle of Scarpe (Arras). On the 22nd of April 1917 Daniel was in the front line Trenches near Fampoux. He and his comrades were relived by the Black Watch at midnight, on the way back from the front his platoon was hit by shellfire, killing Danny and two comrades instantly, Danny was 23. Danny was engaged to my great aunt Margaret Jamieson, on hearing the sad news she went to her bed, refused to get up and died 5 months later aged 24.

Daniel's brother Neil also joined the Argyll & Sutherland Highlanders (under age), 1917 took part in the battle Passchendaele, Oct 1917 he was severely wounded and died of his wounds aged 19 on 10 Oct 1917 . He is buried in Duhallow A. D. S. Cemetery near Ypres in Belgium.

The pictures and text relating to Daniel are courtesy of Iain Jamieson (Great Nephew). Iain also had another Great Uncle who died in the Great War, Adam Burrell who died on the 1st day of the Battle of the Somme and is buried in Ovillers Military Cemetery. 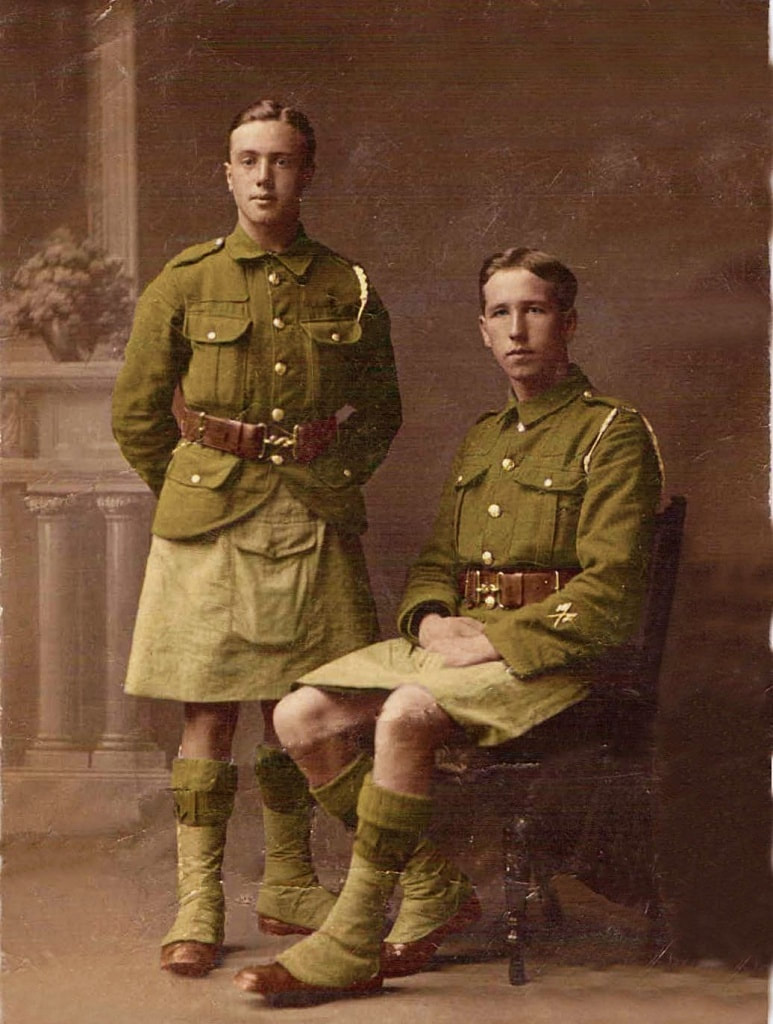 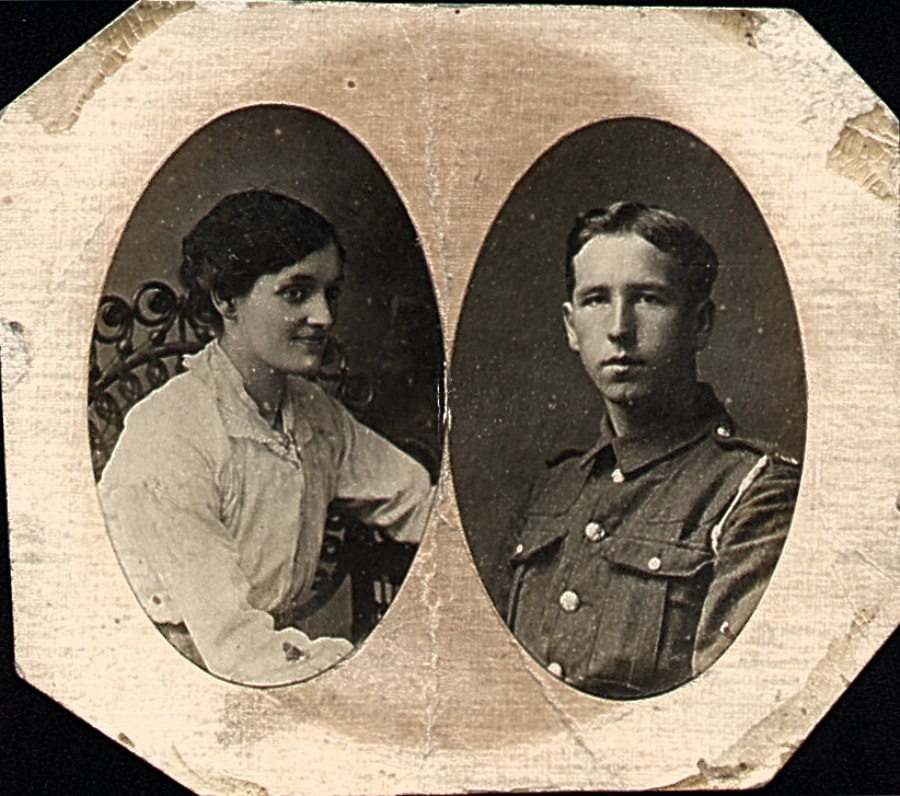 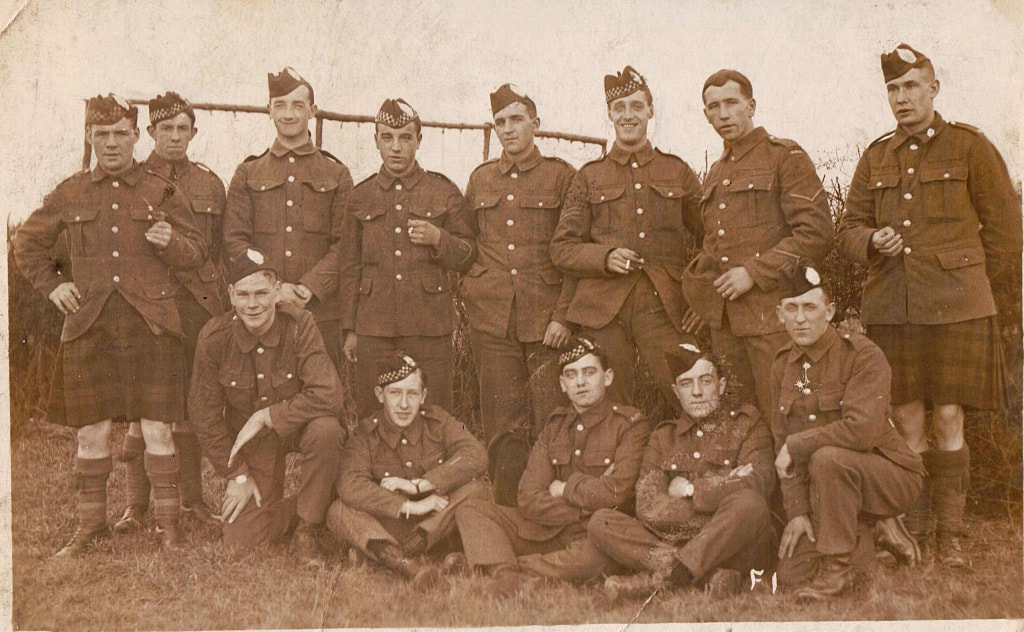 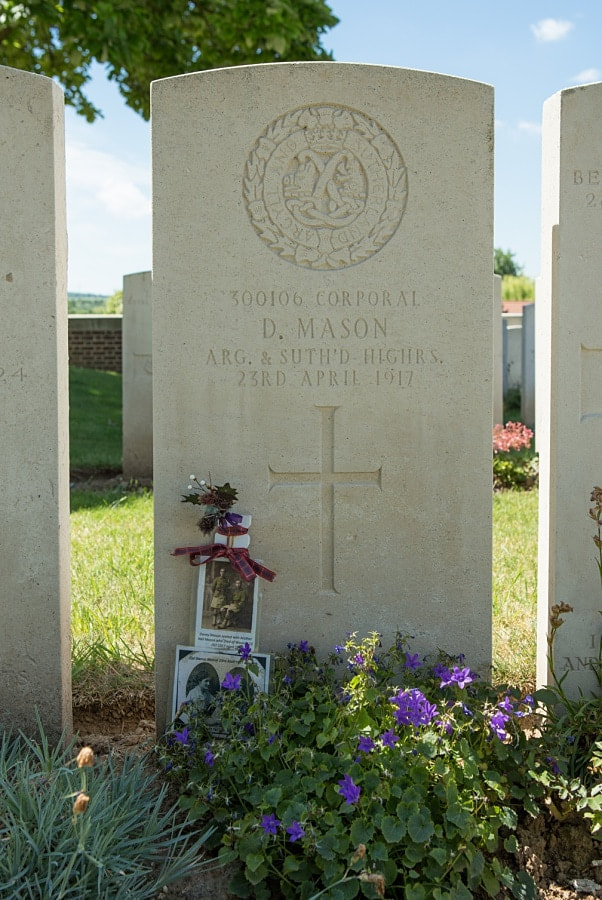 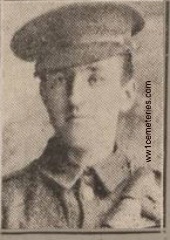 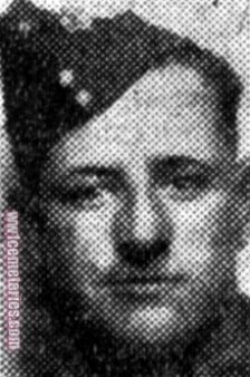 Son of Walter and Elizabeth Shaw; husband of Ethel Shaw, of Skelton, Yorkshire. 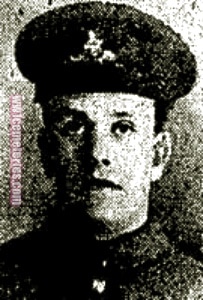 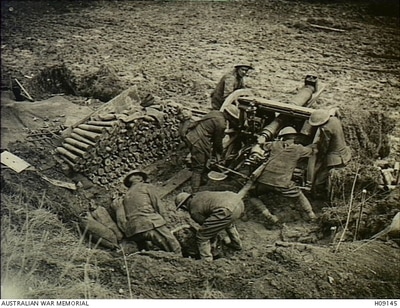 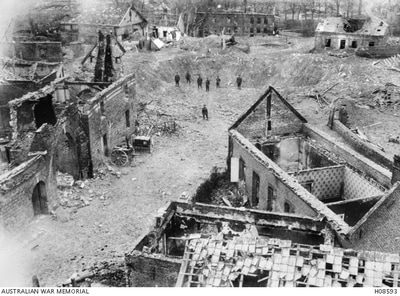 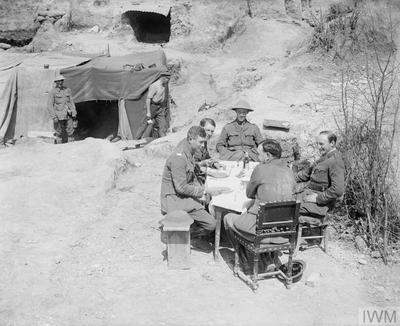 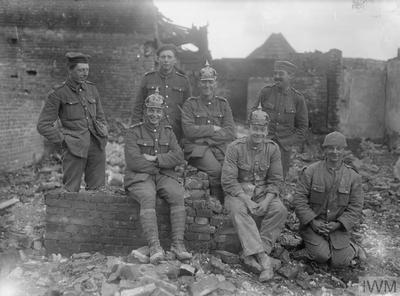 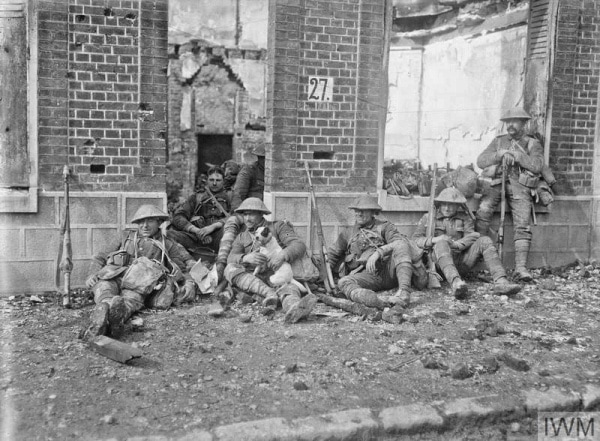