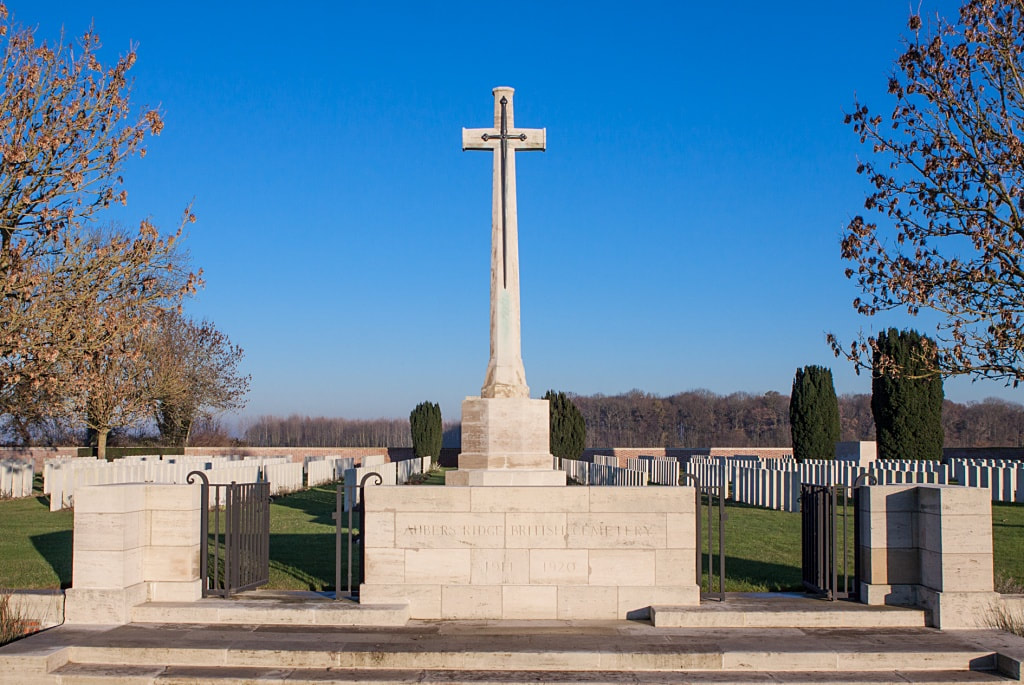 Aubers is a village about 8 Kms north of La Bassee and 3 Kms north-west of the main road from La Bassee to Lille.

From Aubers take the RD173 at the 'T' junction. Turn left towards Fromelles and continue 500 metres to the next junction. Turn right towards Herlies and follow the road for 500 metres when Aubers Ridge British Cemetery can be found on the left hand side.

Aubers village was taken by the 9th Brigade on the 17th October, 1914, with Herlies and part of the Ridge, and on the 19th the 2nd Royal Irish took Le Pilly. These gains, however, were lost within a few days, and the Ridge, in spite of repeated attacks, was not captured by British forces for three years. Early in October, 1918, it was secured by the 47th (London) Division.

The cemetery was made after the Armistice, by the concentration of graves from the battlefields on all sides of Aubers and the following smaller burial grounds:-

CHATEAU-DU-FLANDRE BRITISH CEMETERY, BEAUCAMPS, at the Eastern exit of the great park between Beaucamps and Radinghem. Here were buried 17 men of the 47th (London) Division, who fell in the occupation of Beaucamps on the 4th October, 1918, or immediately after it.
WINCHESTER POST MILITARY CEMETERY, RUE-DU-BACQUEROT, LAVENTIE, on the East side of "Winchester Road", which lead from the Rue-du-Bacquerot to Mauquissart. This was one of the many cemeteries made by Indian Corps behind the line from Neuve-Chapelle North-Eastwards. It stood in front of a farm building ("Winchester Post") used as a Dressing Station and Battalion Headquarters. It contained the graves of 120 soldiers from the United Kingdom and one German prisoner, in two plots. It was begun by the 2nd Devons in November, 1914, and used until February, 1916; and three graves were added in 1918.

Plot I of Aubers Ridge British Cemetery consists almost entirely of the graves of unidentified Australian soldiers, killed in the Attack at Fromelles on the 19th-20th July, 1916, and Plot II almost entirely of the graves of soldiers of the 61st (South Midland) Division, killed in the same engagement. The succeeding Plots cover also the fighting in October, 1914 (the Battles of La Bassee and Armentieres); the Battle of Neuve-Chapelle (March, 1915); the Battles of Aubers Ridge and Festubert (May, 1915); and the final advance in October, 1918. The last graves (from WINCHESTER POST MILITARY CEMETERY) were brought here in 1925.

The cemetery covers an area of 2,476 square metres and is enclosed by a low curb. 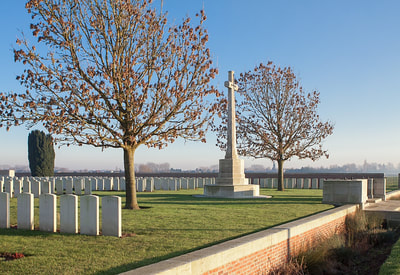 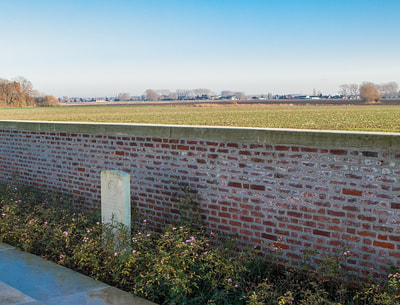 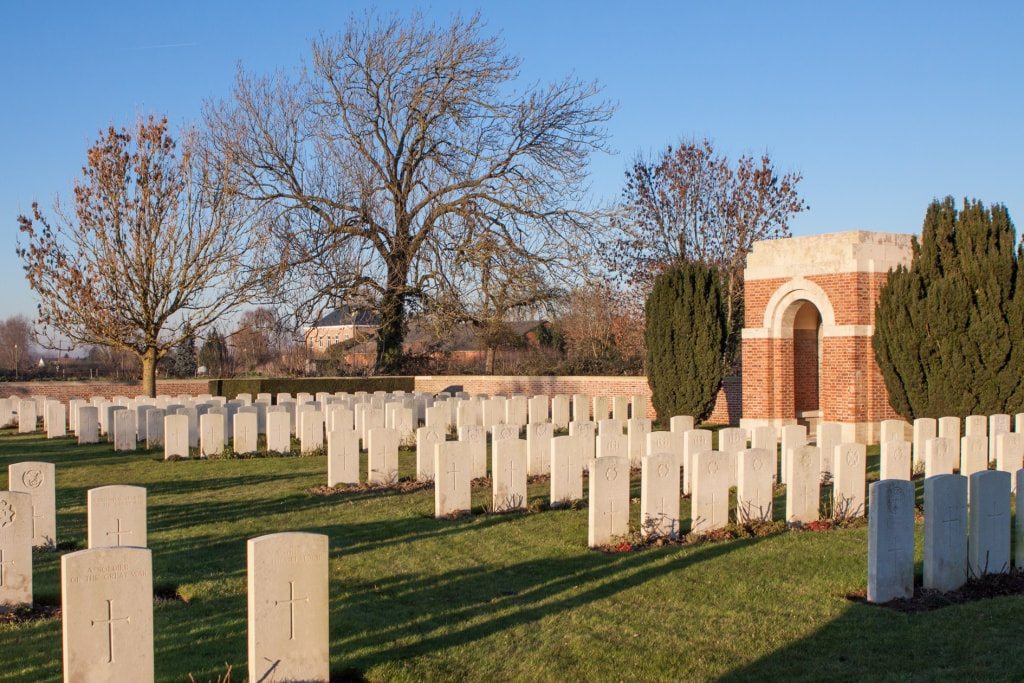 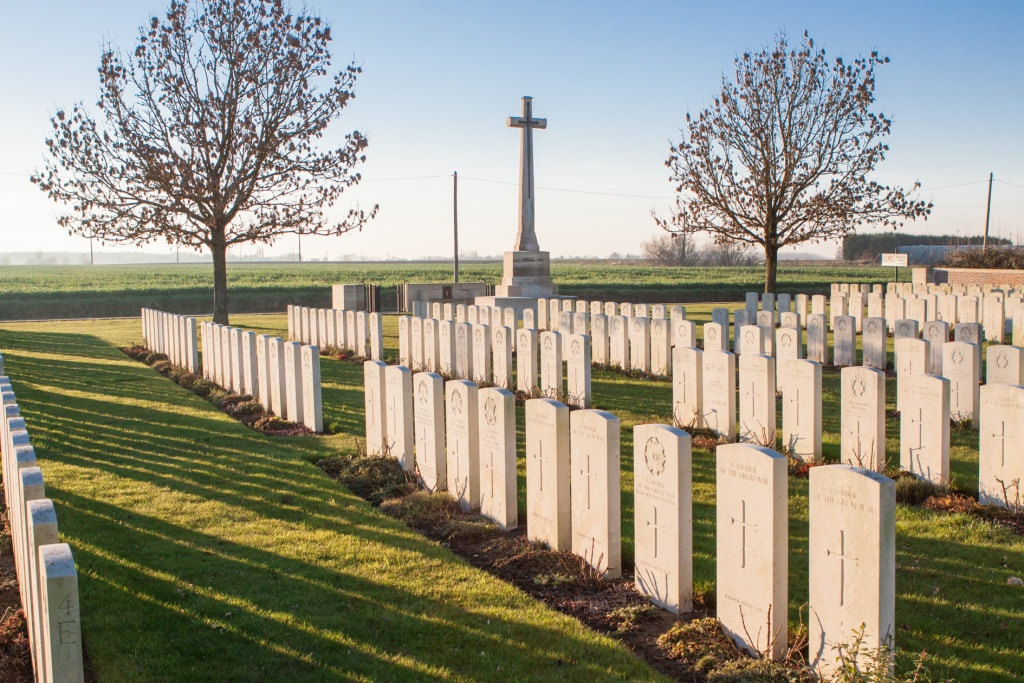 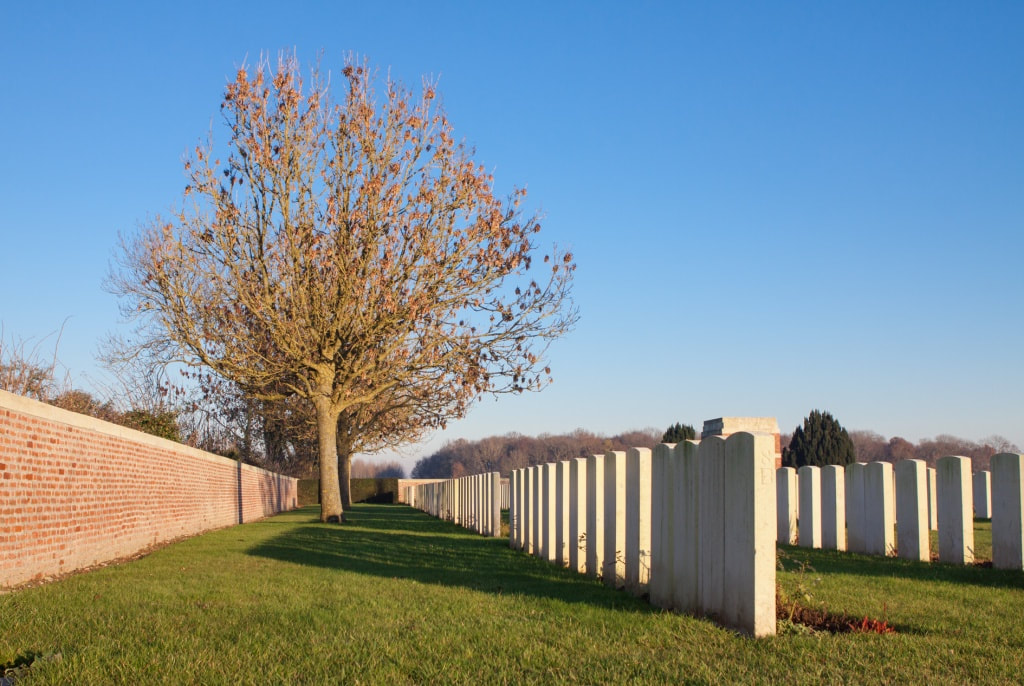 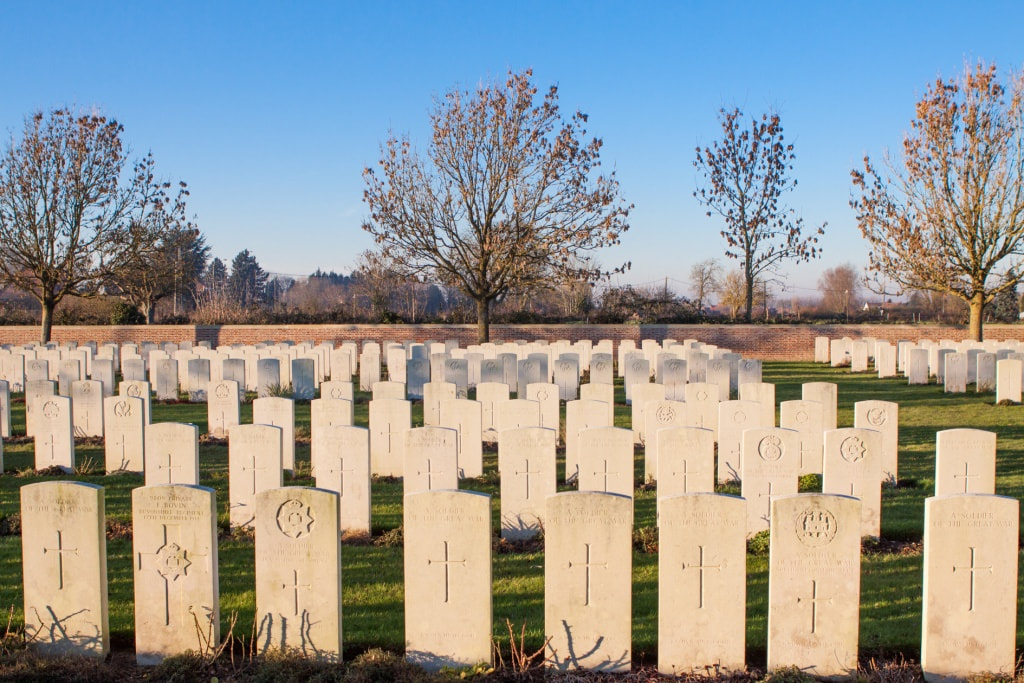 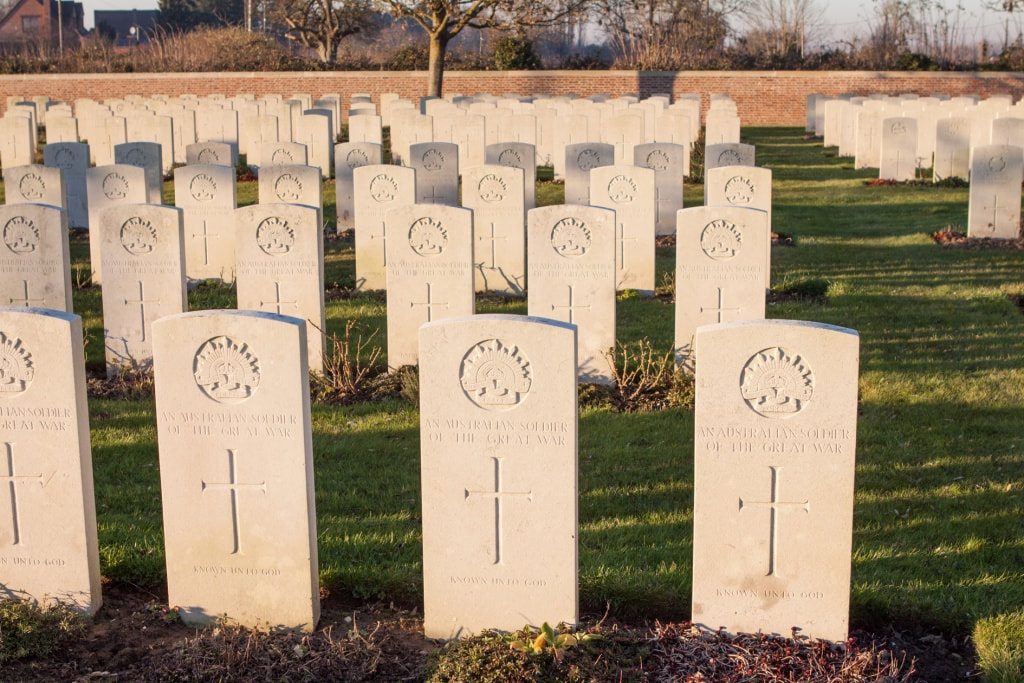 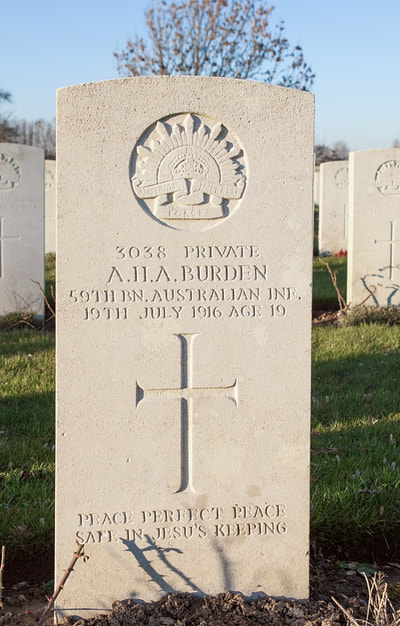 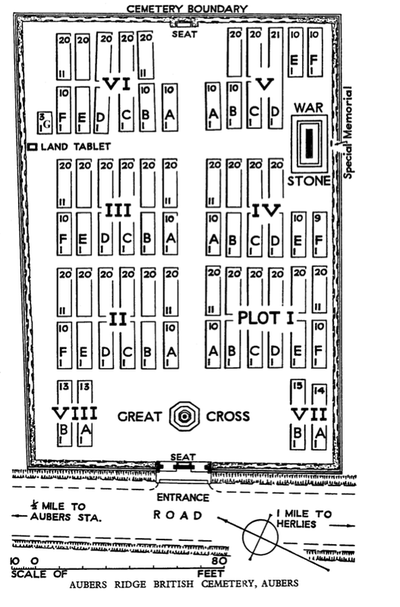 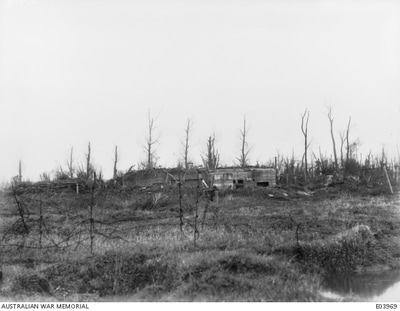 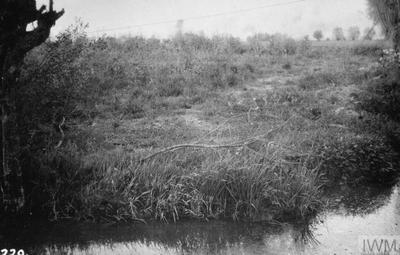 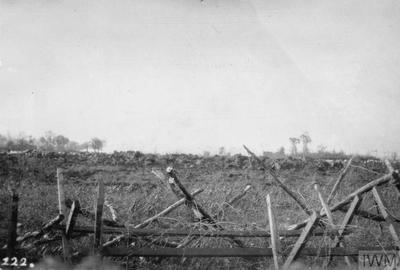 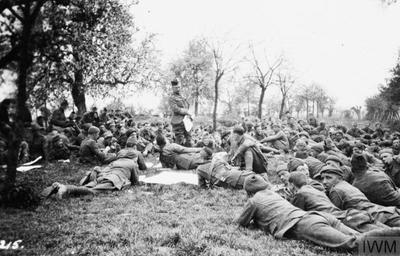 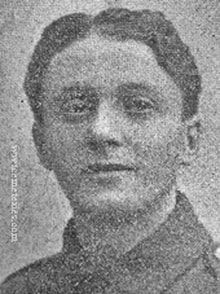 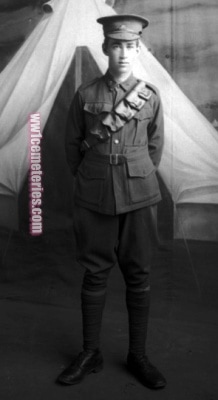 A grocer from Heyfield, Vic prior to enlistment, Pte Fitton embarked with the 15th Reinforcements aboard HMAT Wiltshire in Melbourne on 7 March 1916. After transferring to the 59th Battalion, he was killed in action on 19 July 1916 at Fleurbaix. 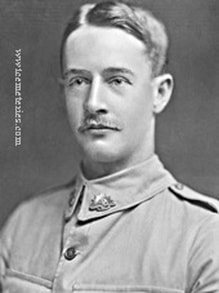 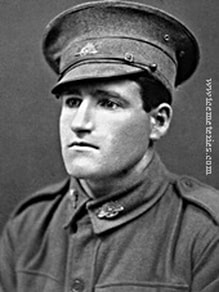 A woodcutter before enlisting on 13 August 1915, Pte Jackson embarked from Melbourne on 28 January 1916 on HMAT Themistocles with the 14th Reinforcements. His brother-in-law, 4511 Francis Leopold Haynes, embarked with him. On 3 April 1916 they were transferred to the 59th Battalion. Pte Jackson was killed in action on 19 July 1916 during the battle of Fromelles, in no man's land opposite Pettin near Armentieres. He was 20 years old. 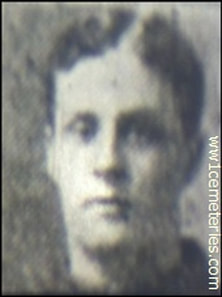 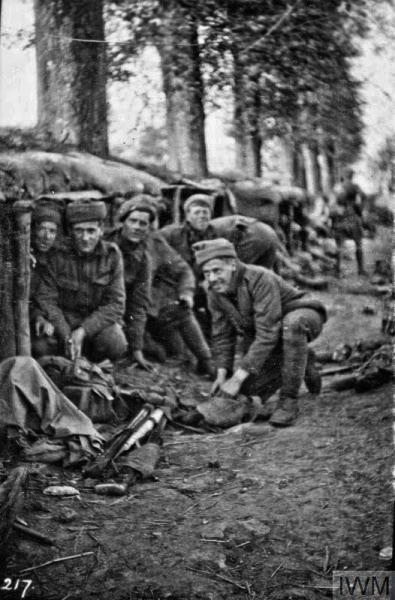 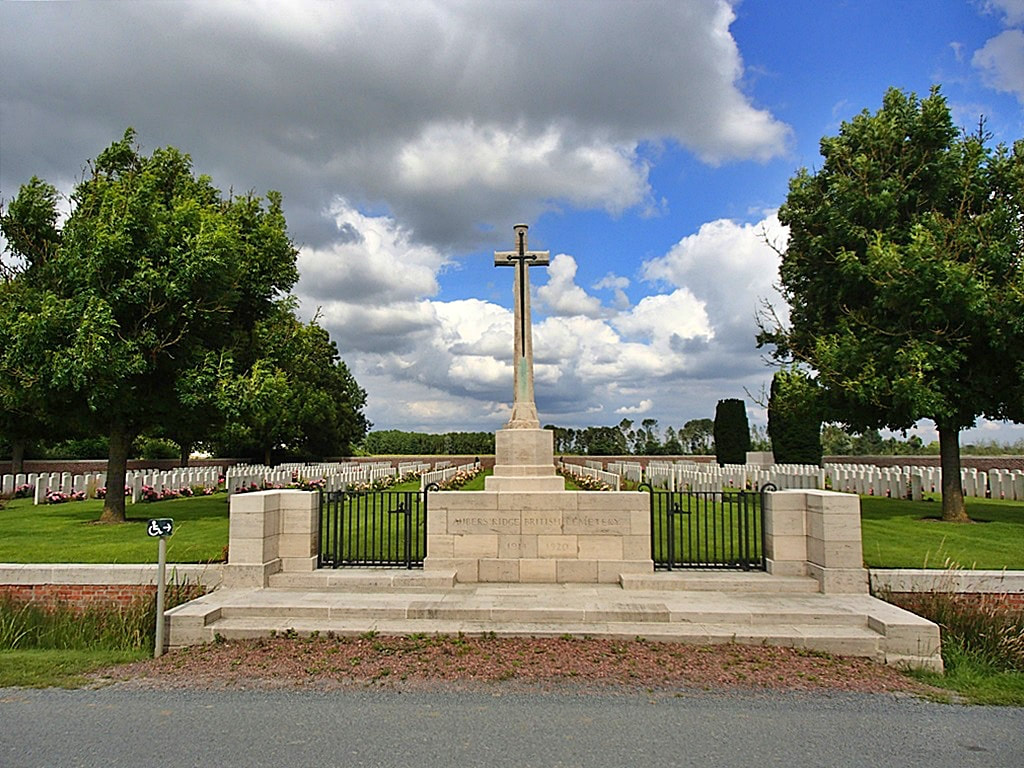 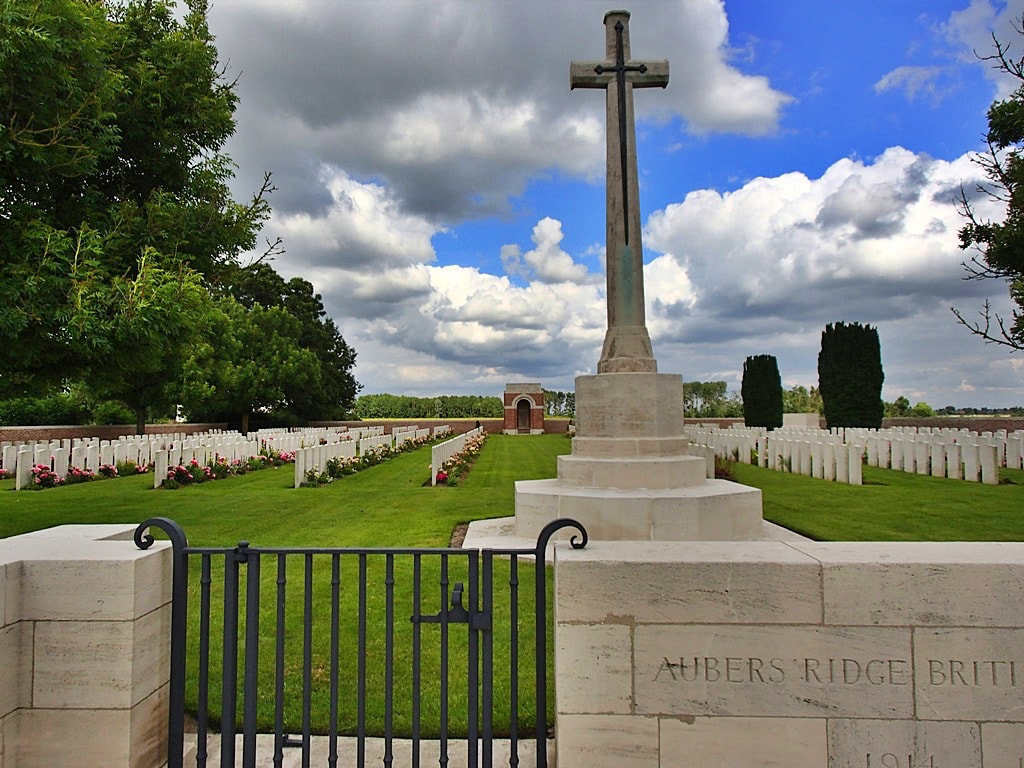 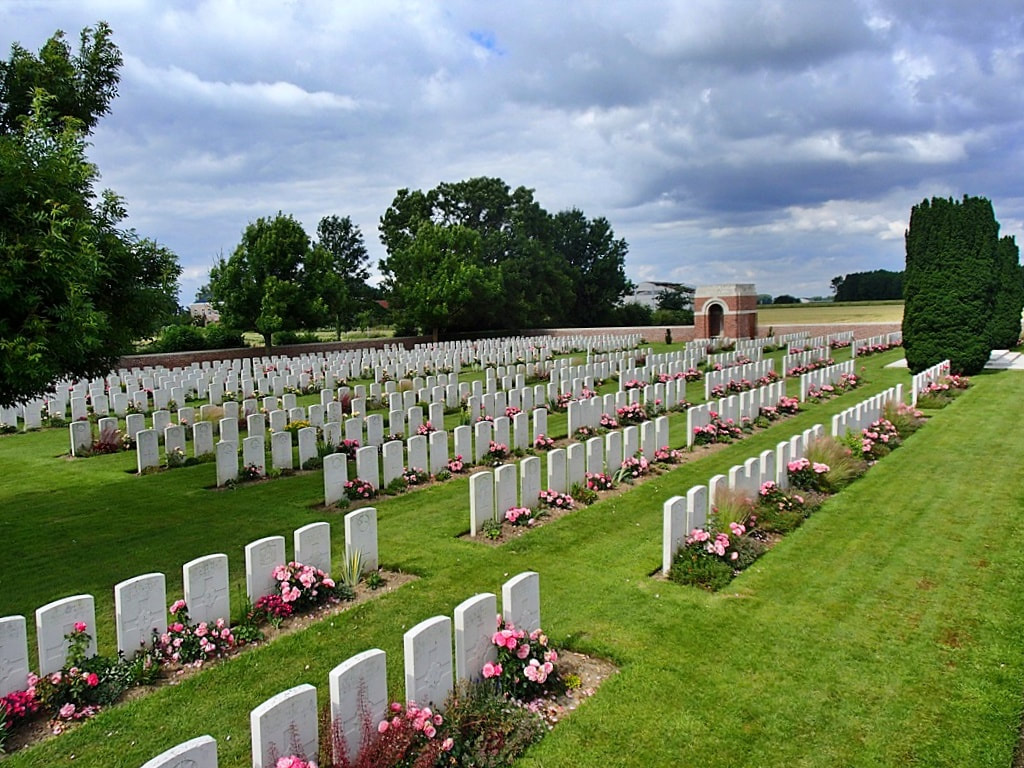 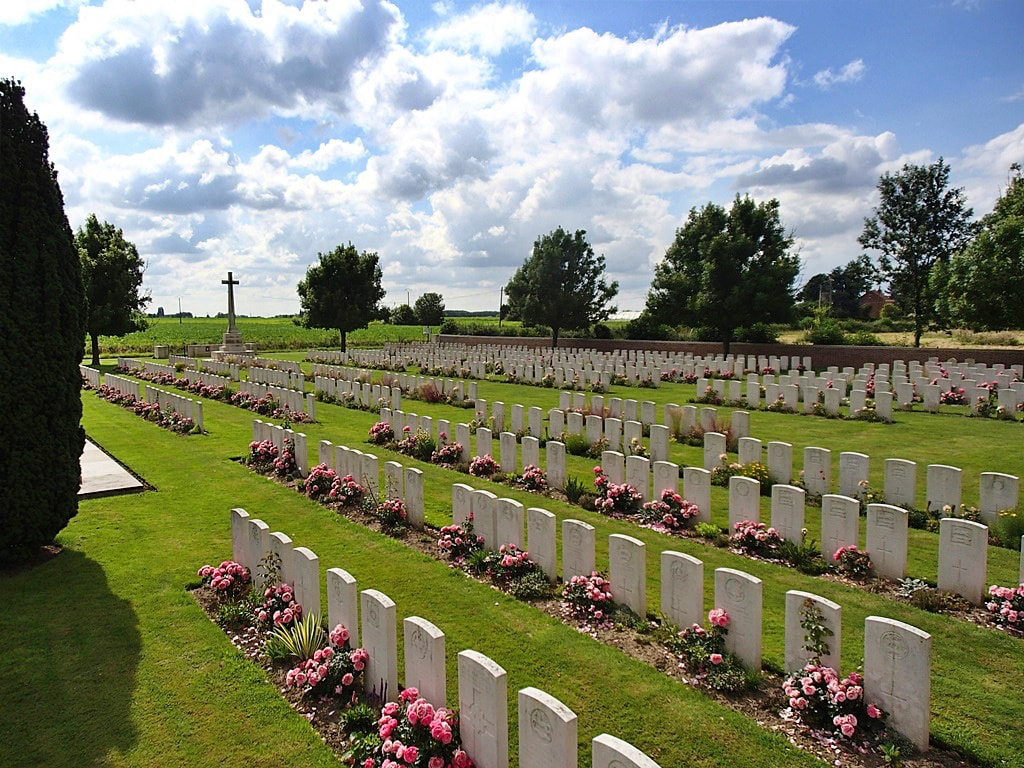 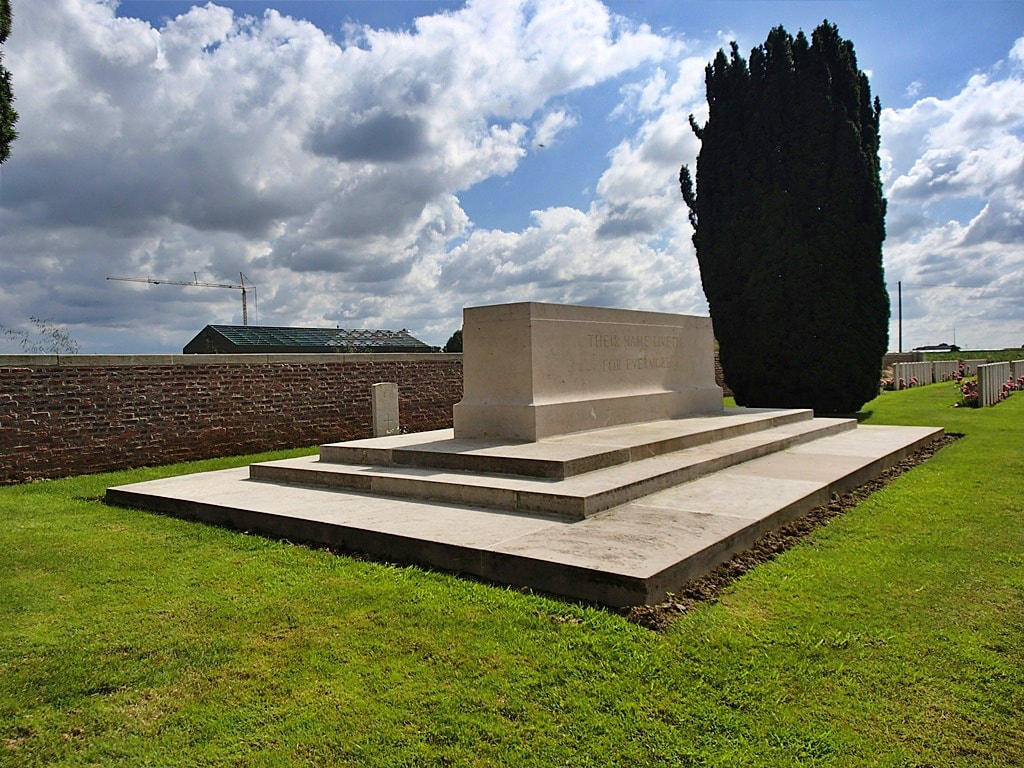 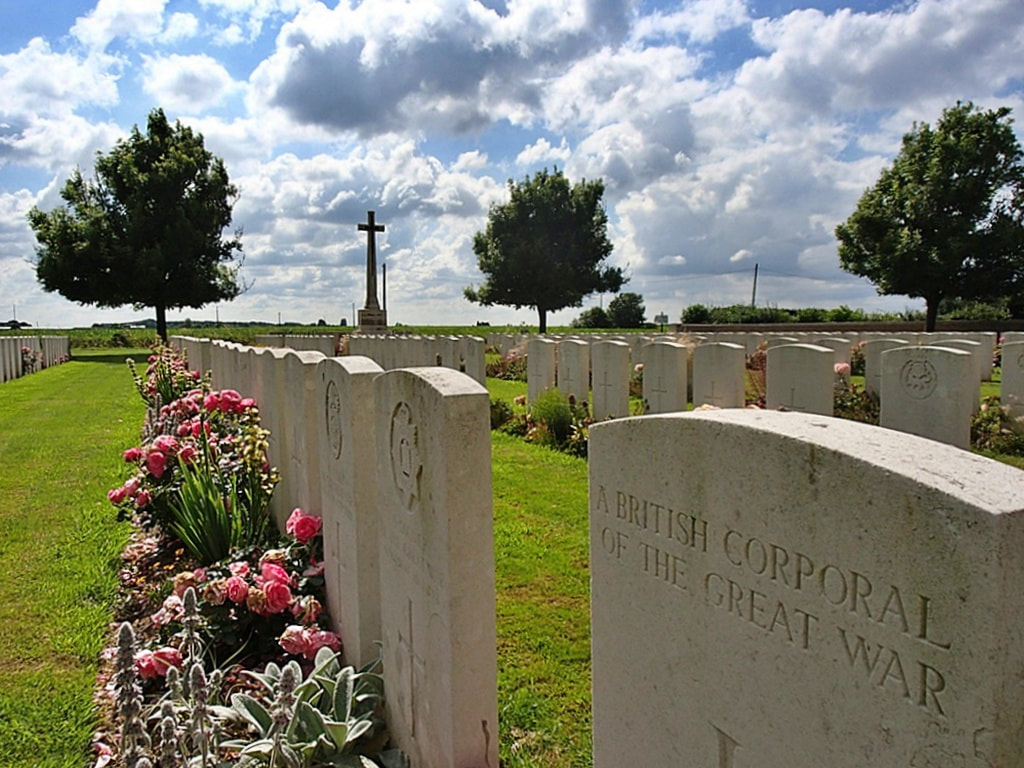 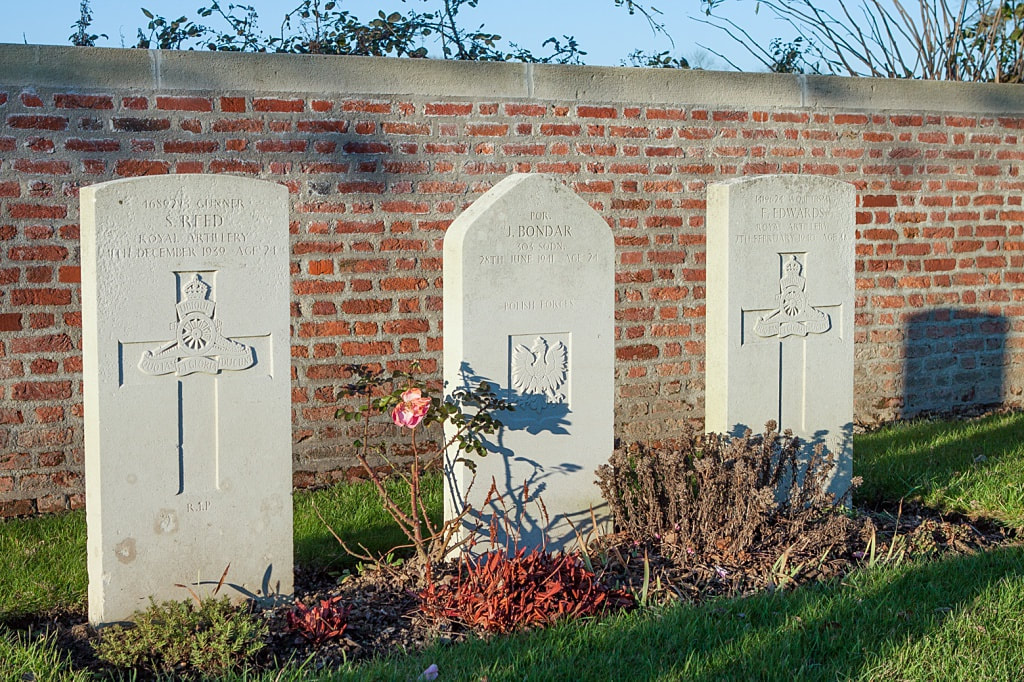