The town of Albert is in the Department of the Somme. Bapaume Post Military Cemetery is about 2 Kms north-east of the town on the right-hand side of the main road, D929, to Bapaume.

Bapaume Post Military Cemetery lies on the west side of "Tara Hill," and south-west of "Usna Hill," and at times it was called by those names.

In June 1916, the front line crossed the Bapaume road between the site of this cemetery and the village of La Boisselle. The attack on La Boisselle on 1 July was not successful, and several days passed before the village was taken. The cemetery was begun almost at once by the divisions engaged in this sector and 152 graves in Plot I, Rows B to I, were made before the end of January 1917, when the cemetery was closed.

On 26 March 1918, the cemetery, with the town of Albert, fell into German hands, but it was recovered towards the end of August. After the Armistice, graves from the battlefields east and west of the cemetery were brought in, including many of the 34th (Tyneside) Division, which attacked along the Bapaume road on 1 July 1916, and some of the 38th (Welsh) Division, which recaptured Usna Hill on 23 August 1918.

The cemetery now contains 410 burials and commemorations of the First World War. 181 of the burials are unidentified, but there are special memorials to three casualties believed to be buried among them. 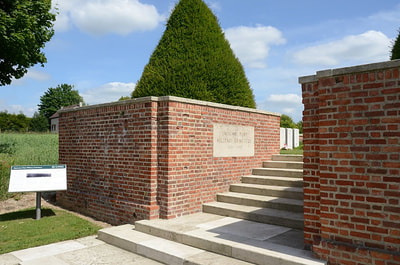 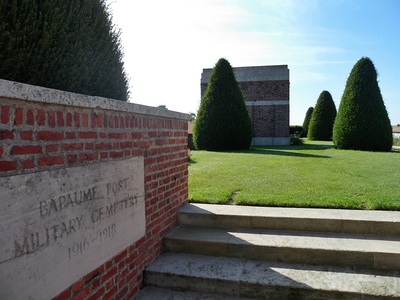 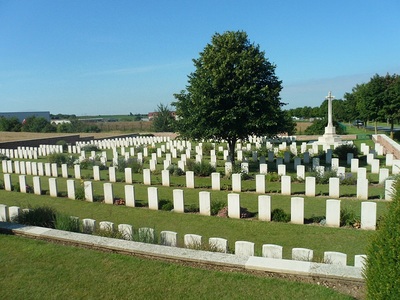 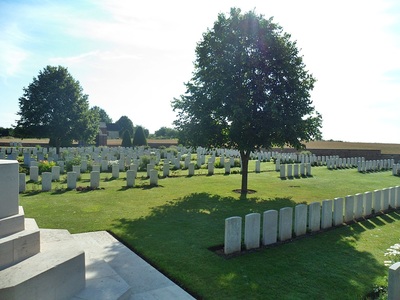 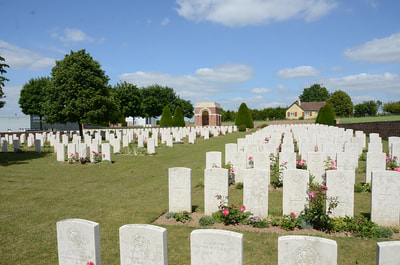 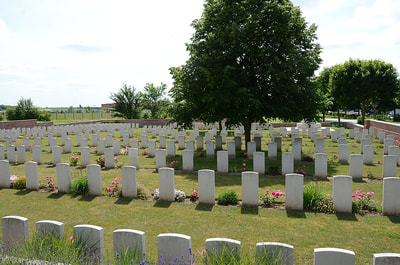 Image in this gallery © Geerhard Joos 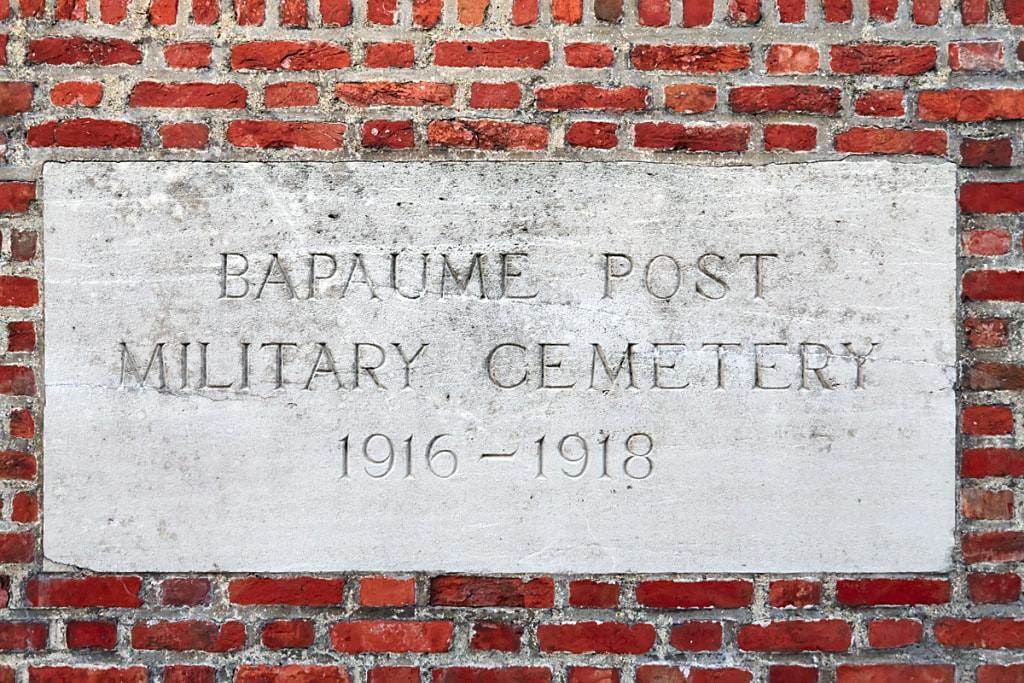 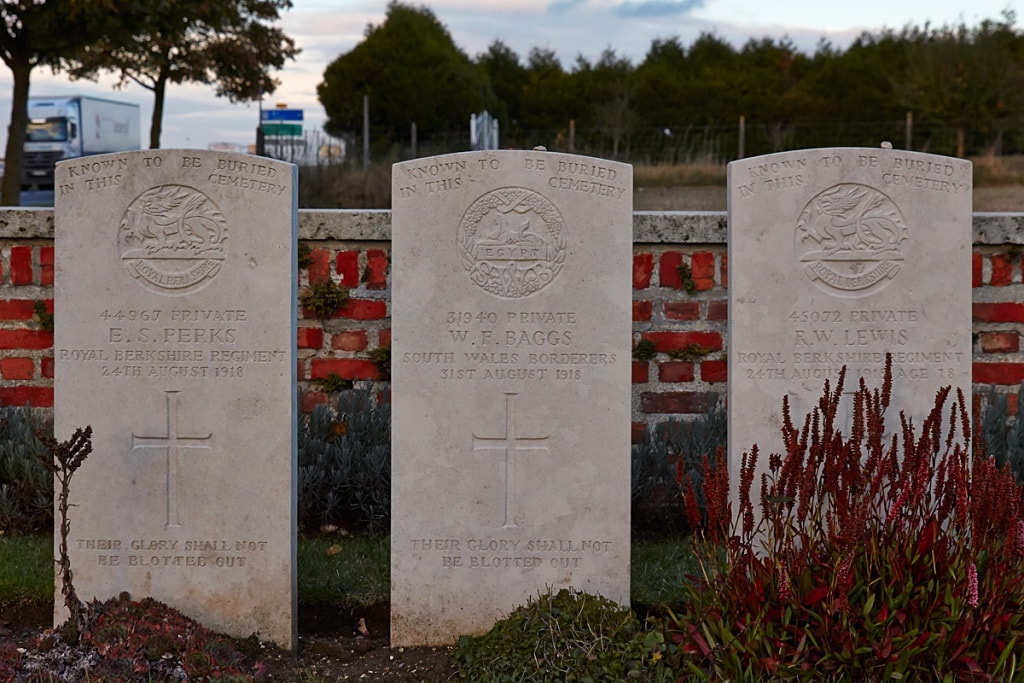 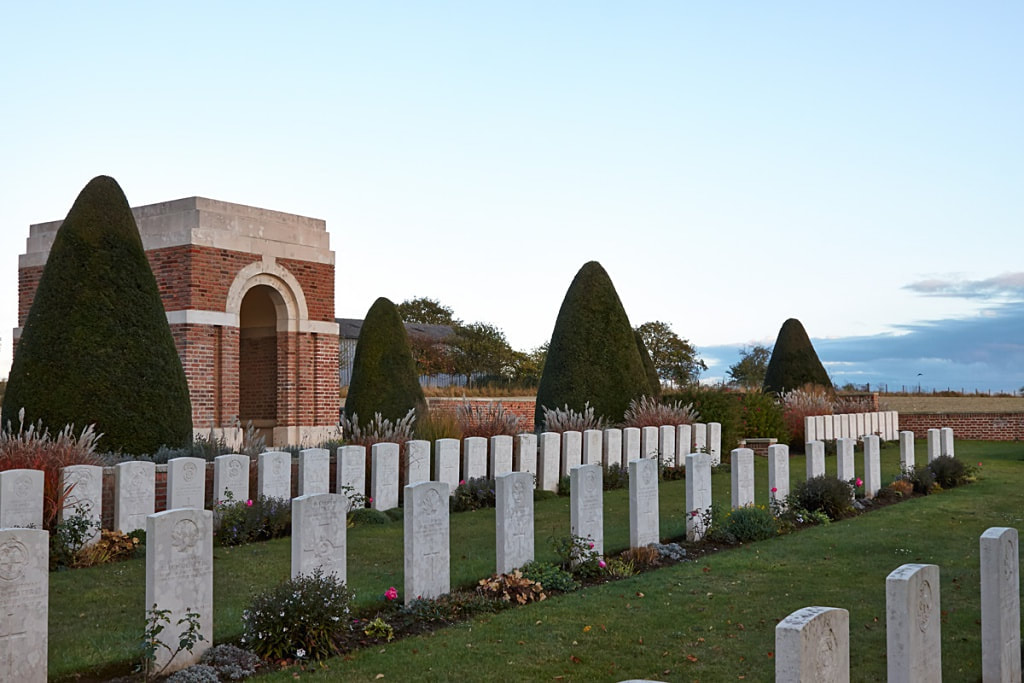 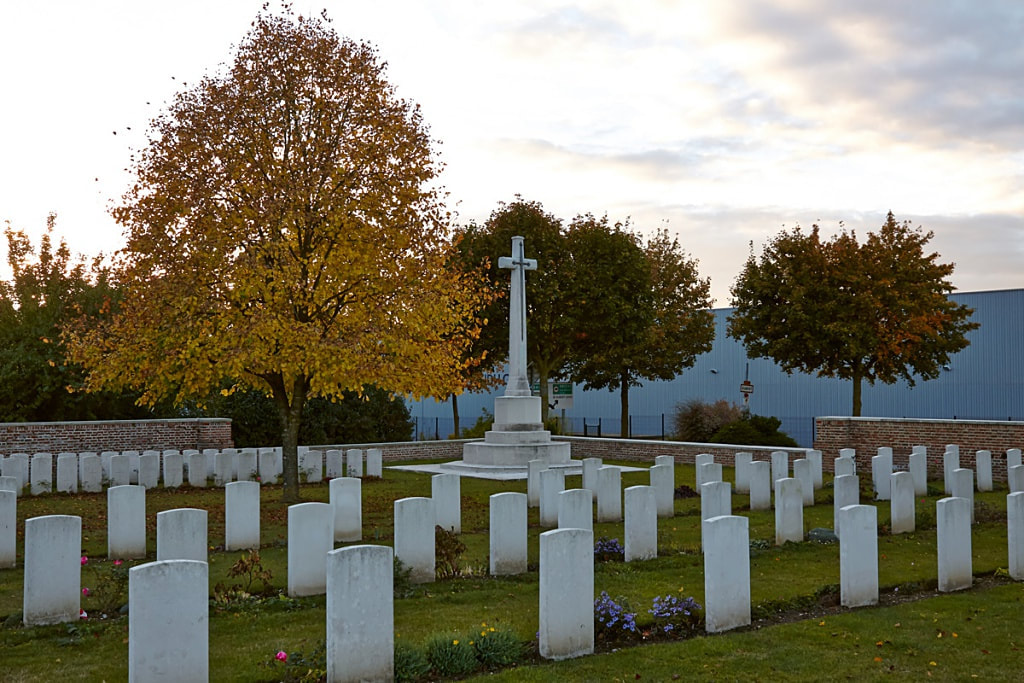 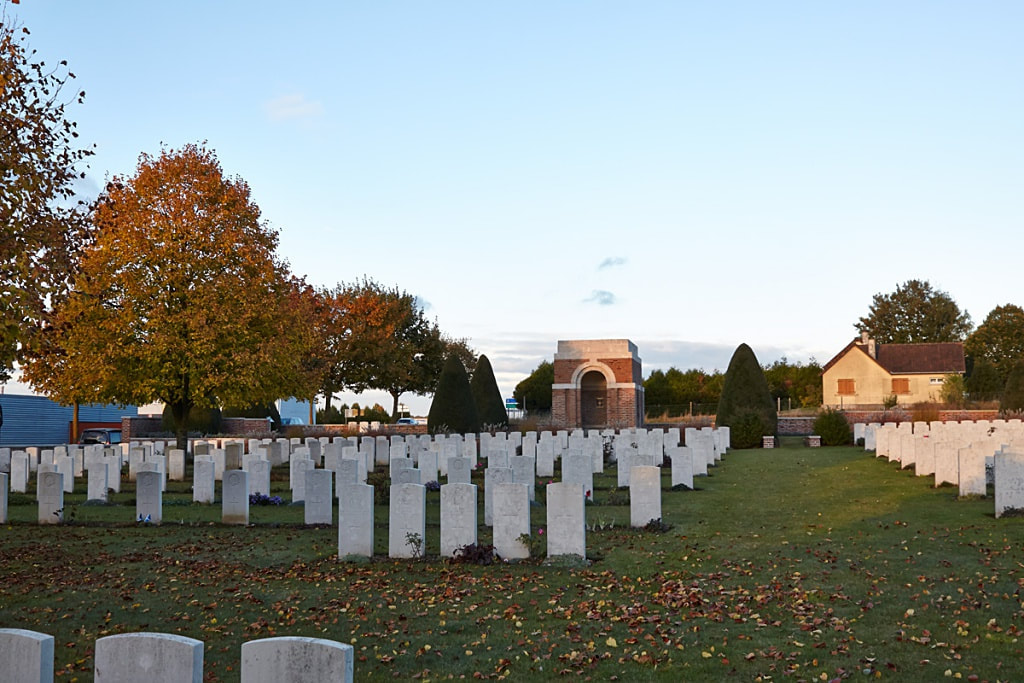 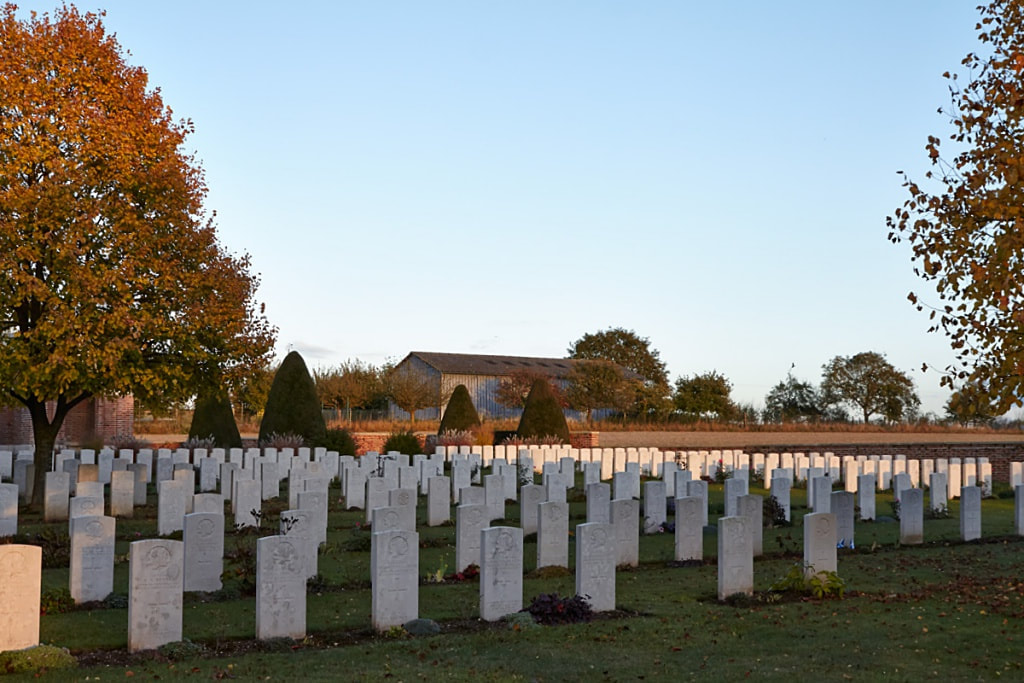 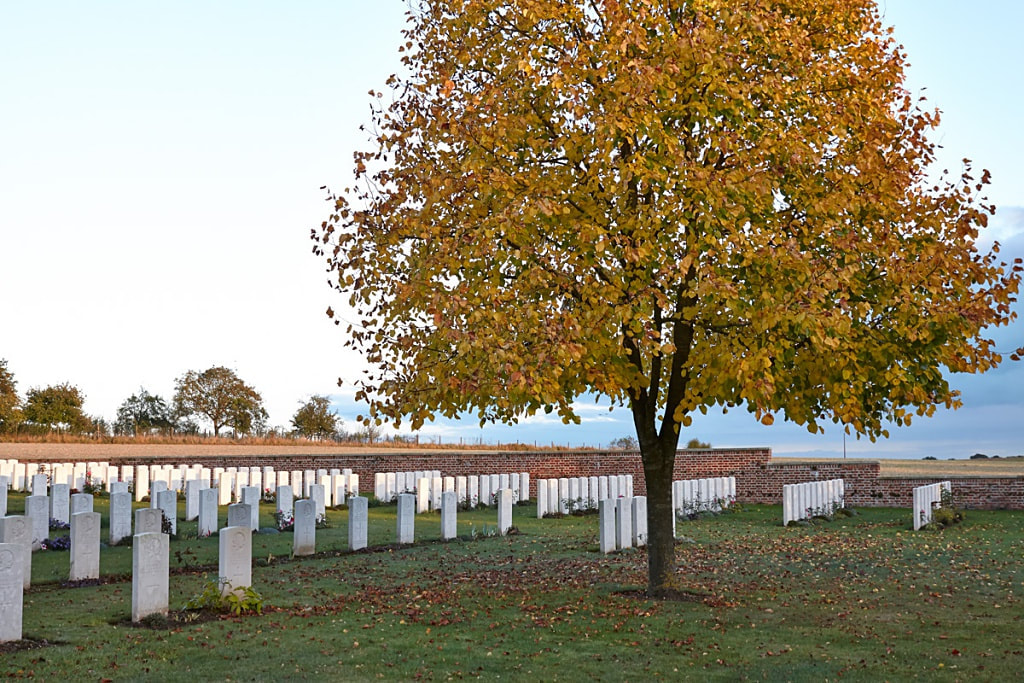 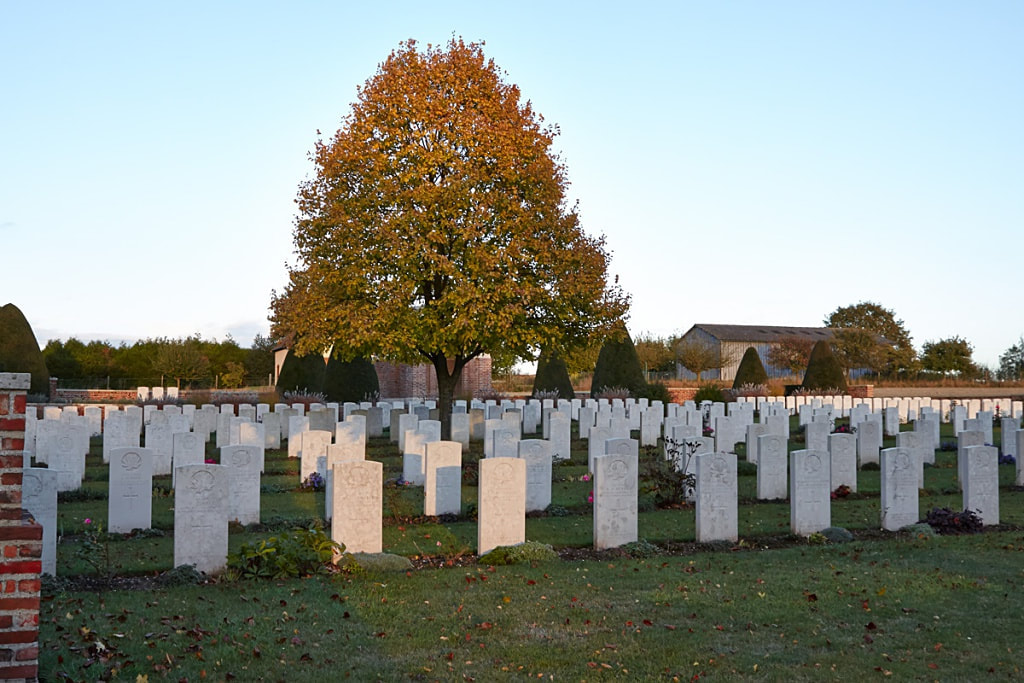 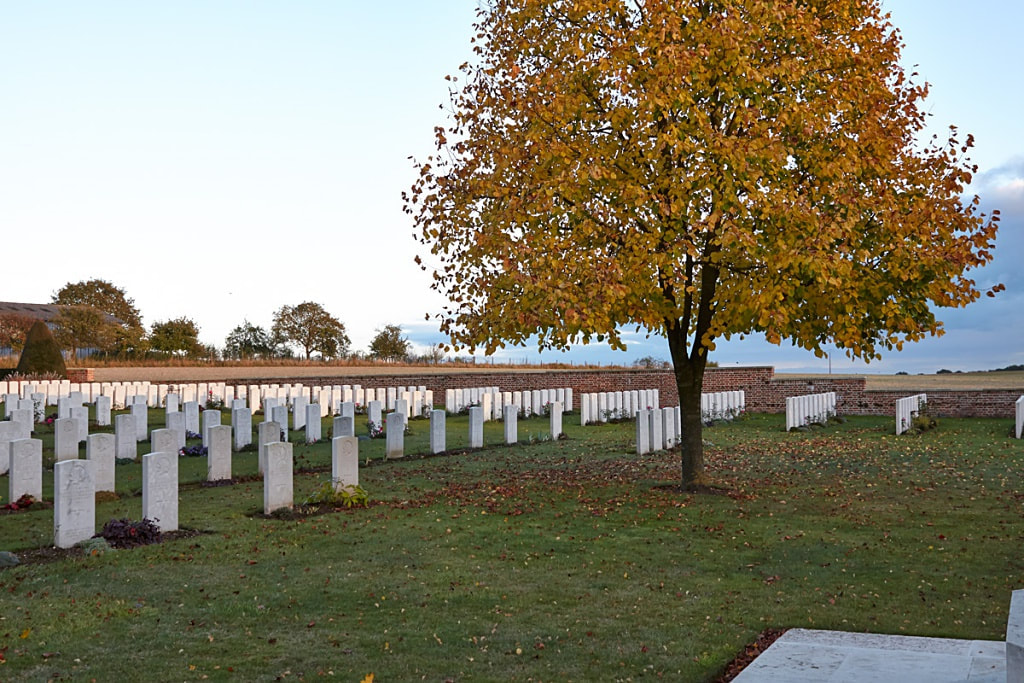 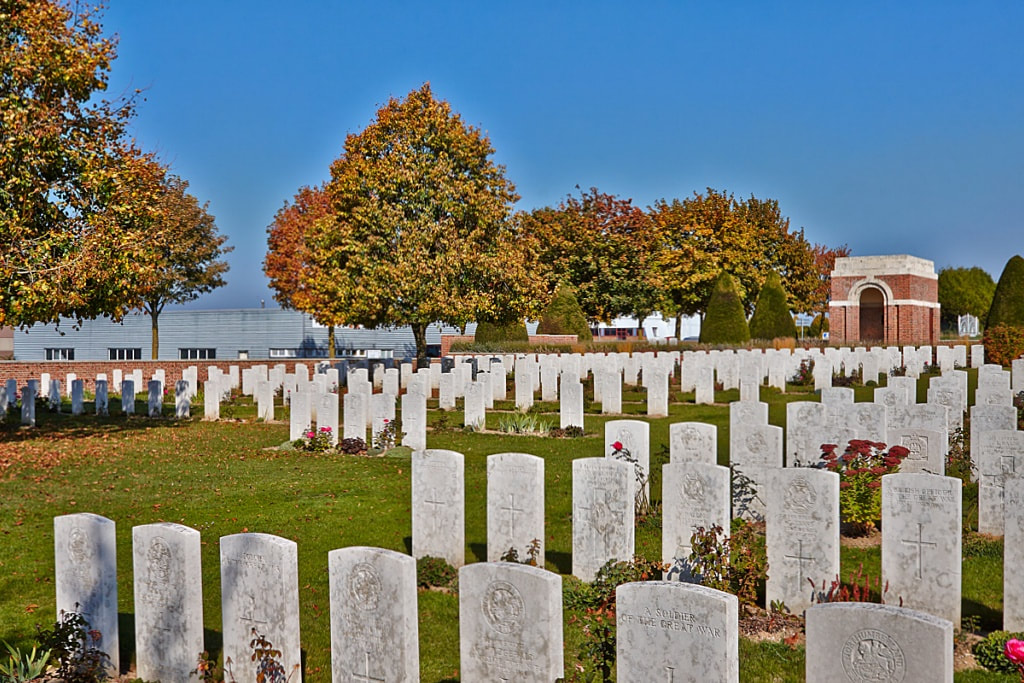 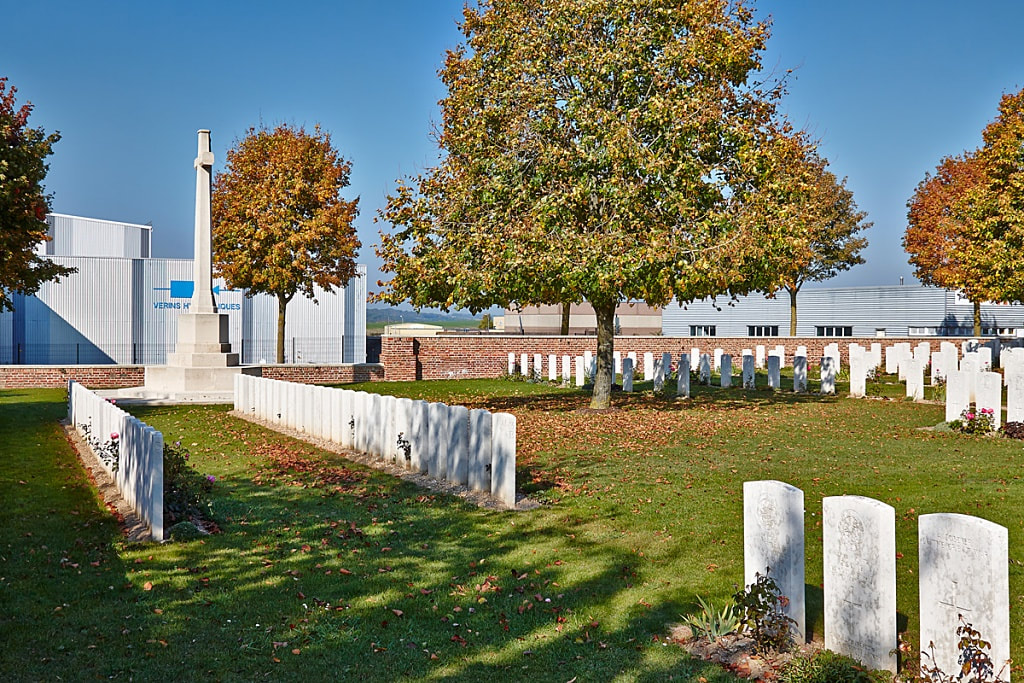 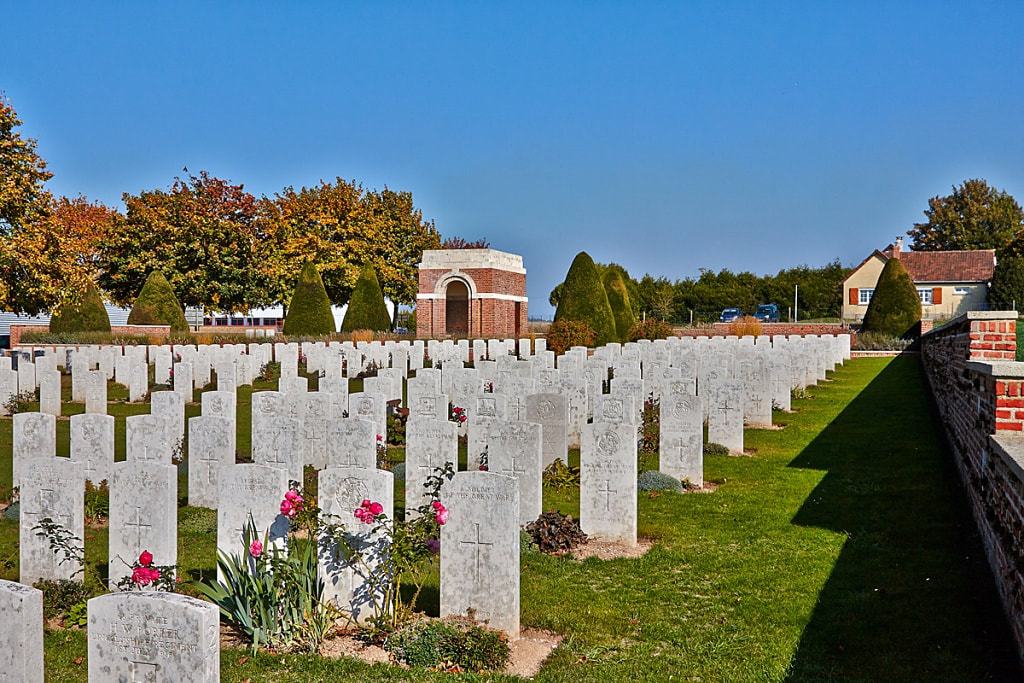 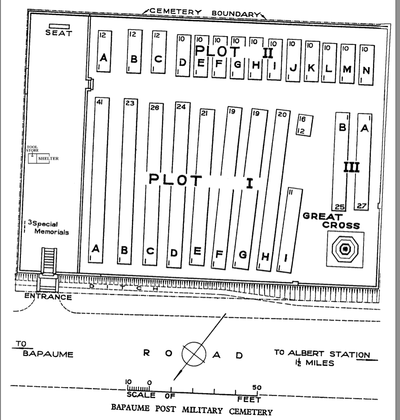 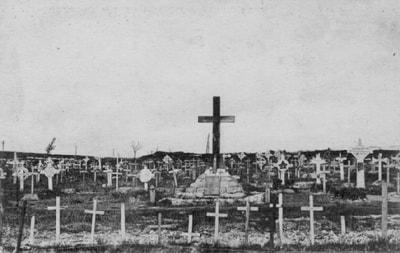 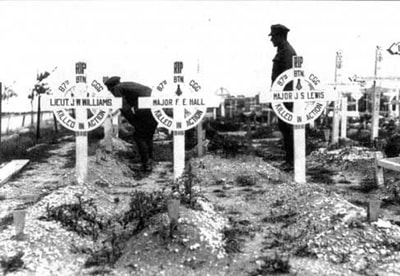 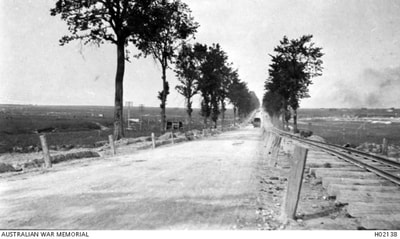 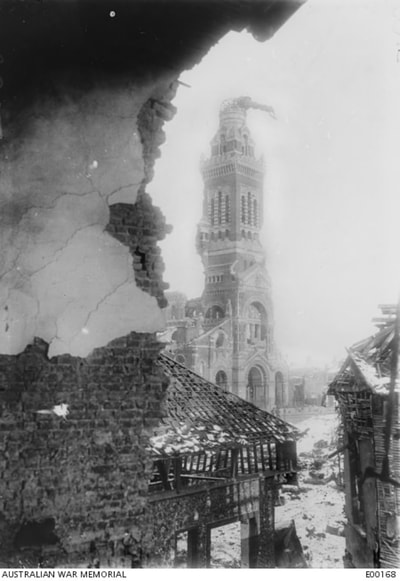 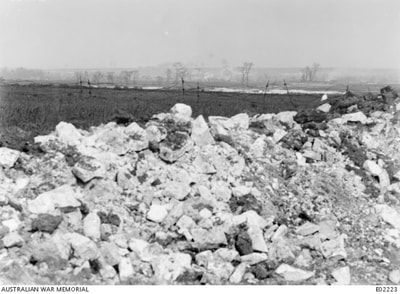 Albert, France. 20 August 1918. An Australian and Canadian Cemetery (Now known as Bapaume Post Military Cemetery) on the Bapaume Road, east of Albert in France, after its recapture from the Germans. Canon Scott is seen standing by the grave of Captain Scott, his son. Captain Scott is now buried in Plot I. E. 4. 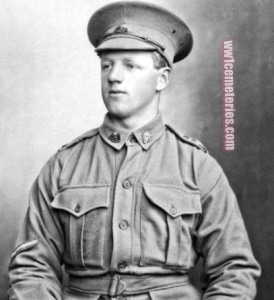 Wallace Chapman enlisted on 4 August 1915 and embarked from Melbourne aboard HMAT Ascanius on 10 November 1915. He was promoted to corporal on 11 May 1916 in France and then to Sergeant (Sgt) on 1 June 1916 in Egypt. He was later transferred to the 52nd Battalion. Sgt Chapman was killed in action on 8 August 1916 at Mouquet Farm, France, whilst serving with the 13th Machine Gun Company. 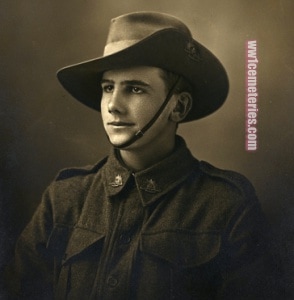 From Garra, NSW. A labourer before enlisting in September 1915, Pte Hawkins left Australia for Egypt with the 13th Reinforcements in December 1915, and was transferred to the 2nd Battalion with the serial number 4205A as part of the 'doubling-up' of the AIF in February 1916. Arriving in France for service on the Western Front in March 1916, he was wounded in action at Pozieres and died at the 3rd Australian Field Ambulance Dressing Station on 25 July 1916, aged 19. 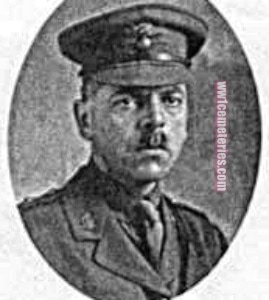 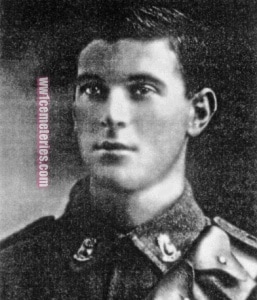 A farmer with four years service in senior cadets and one year with a Citizens Military Force (CMF) field artillery unit in Wagga Wagga, Dvr Macken enlisted with his younger brother 7283 Dvr Neville Aloysius Macken in October 1915. Both men left Australia with the 13th Battery for Egypt in November 1915, and were sent to France after spending three months in Alexandria. Dvr Errol Macken was killed in action at Pozieres on 23 August 1916, age 21. 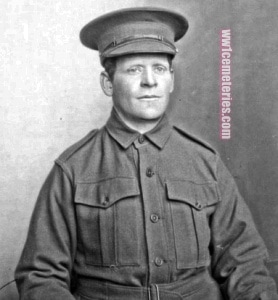 From Richmond, Vic. Pte McConchie enlisted on 14 July 1915 and embarked from Melbourne aboard HMAT Osterley on 29 September 1915. He was killed in action on 15 August 1916 at Albert, France. His cousin, 118 Sapper Arthur Raymond McConchie, also served with the AIF and was awarded the Military Medal (MM).

Daniel Small was buried while sleeping in a trench at Pozieres by the effects of a High Explosive shell. One man managed to crawl to safety but Sapper Small and at the other man were suffocated. 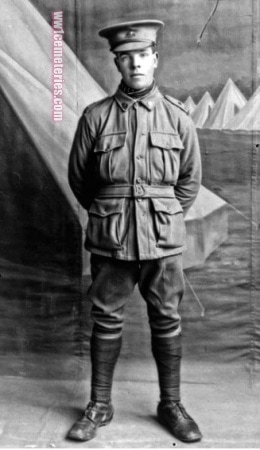 Pte Whiffen enlisted on 4 August 1915, aged 18 and embarked from Melbourne aboard HMAT Ascanius on 10 November 1915. He was killed in action on 8 August 1916 in France, whilst serving with the 13th Company, Machine Gun Corps.