The cemetery was begun a few days before Beaurains was captured by Commonwealth forces on 18 March 1917. It was a month before the Battle of Arras began, and the Germans were still in nearby Tilloy-les-Mofflaines. The cemetery was used (sometimes under the name of Ronville Forward Cemetery) until the beginning of June by the 14th (Light) Division Burial Officer and by fighting units. It was used again for a short time in August and September 1918, in the Second Battle of Arras. It contained, at the date of the Armistice, the graves of 129 British soldiers, 15 French soldiers and four German prisoners. It was enlarged after the armistice when graves were brought in from the surrounding battlefields and the following cemeteries:-

RONVILLE BRITISH CEMETERY was among the houses in the Faubourg St. Sauveur, a little south of the Bapaume road. It was used from April to July 1917 (when most of the burials were made by the 20th King's Royal Rifle Corps), and by the 141st Field Ambulance in August and September 1918. It contained 179 Commonwealth burials.

RONVILLE FRENCH CEMETERY adjoined the British Cemetery. It was used by Commonwealth troops from February to April 1917 and again in August 1918. It contained 26 burials.

The cemetery now contains 331 Commonwealth burials and commemorations of the First World War. 23 of the burials are unidentified and there are special memorials to 14 casualties buried in Ronville British Cemetery, whose graves were destroyed by shell fire. The cemetery also contains four German graves. 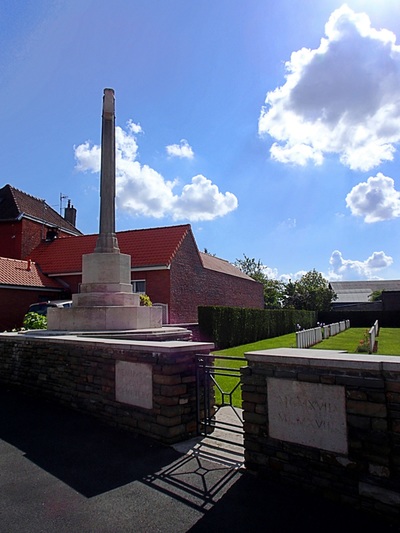 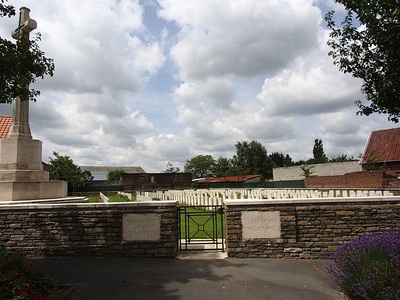 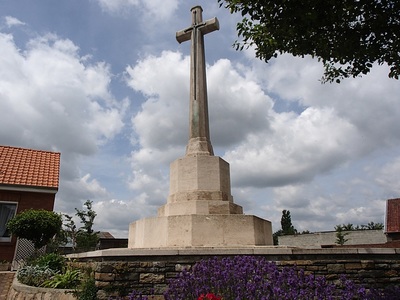 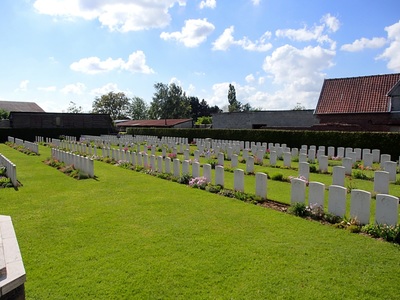 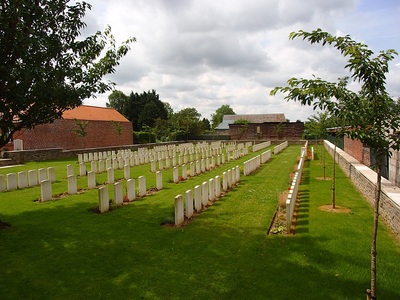 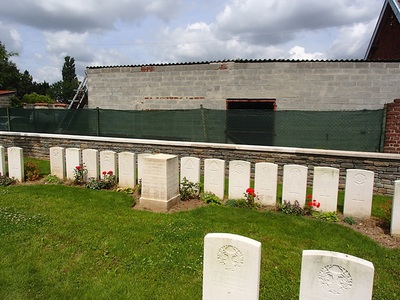 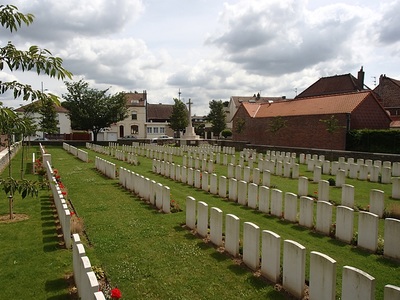 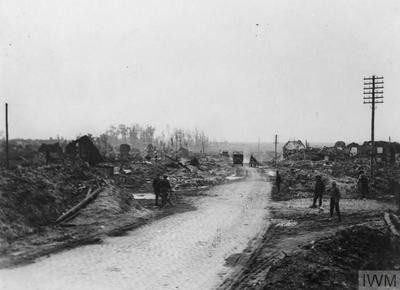 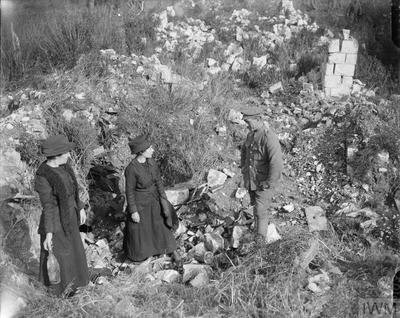 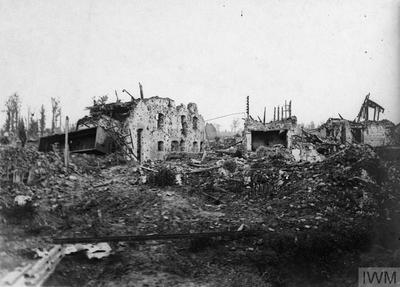 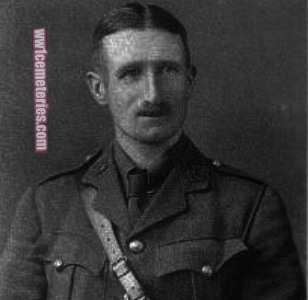 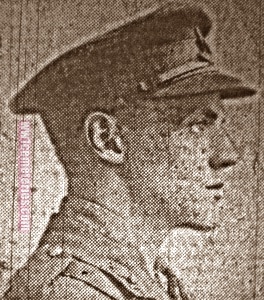 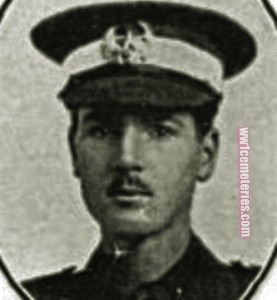 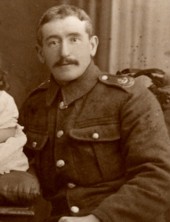 He left a widow (Averilda nee Chapman) and a daughter Esther Tweedale Hodgson. He lived in Sheffield, was born in Cleckheaton, West Yorks. son of Joshua and Esther Hodgson. Son-in-law of Mrs. M. A. Chapman, of 82, Bates St., Steel Bank, Sheffield.

Picture courtesy of Gordon Hodgson, great nephew of this soldier 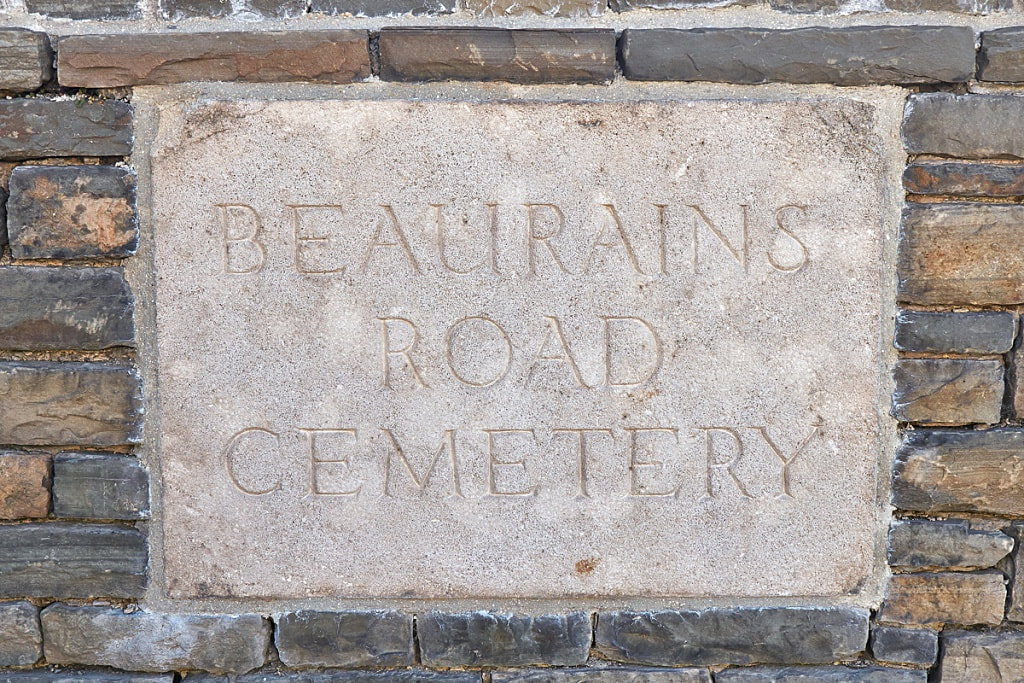 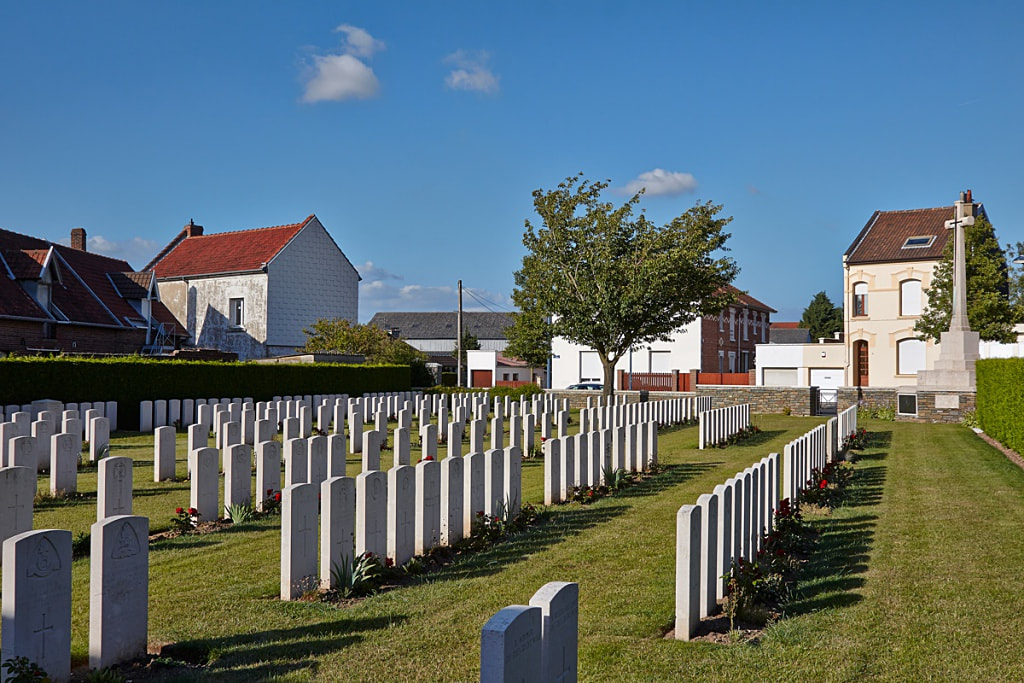 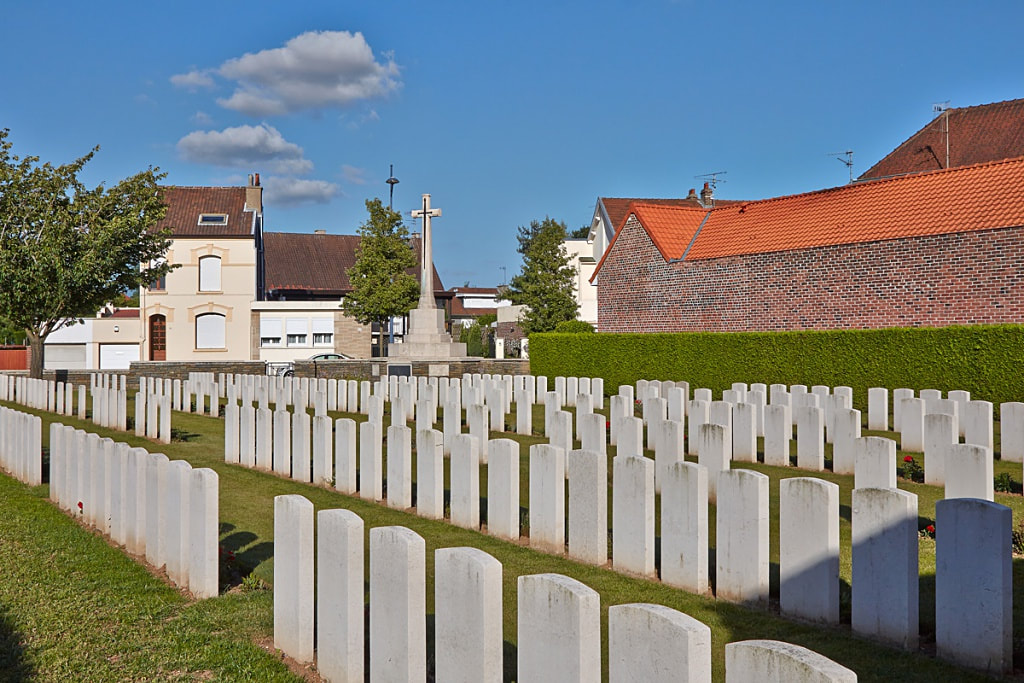 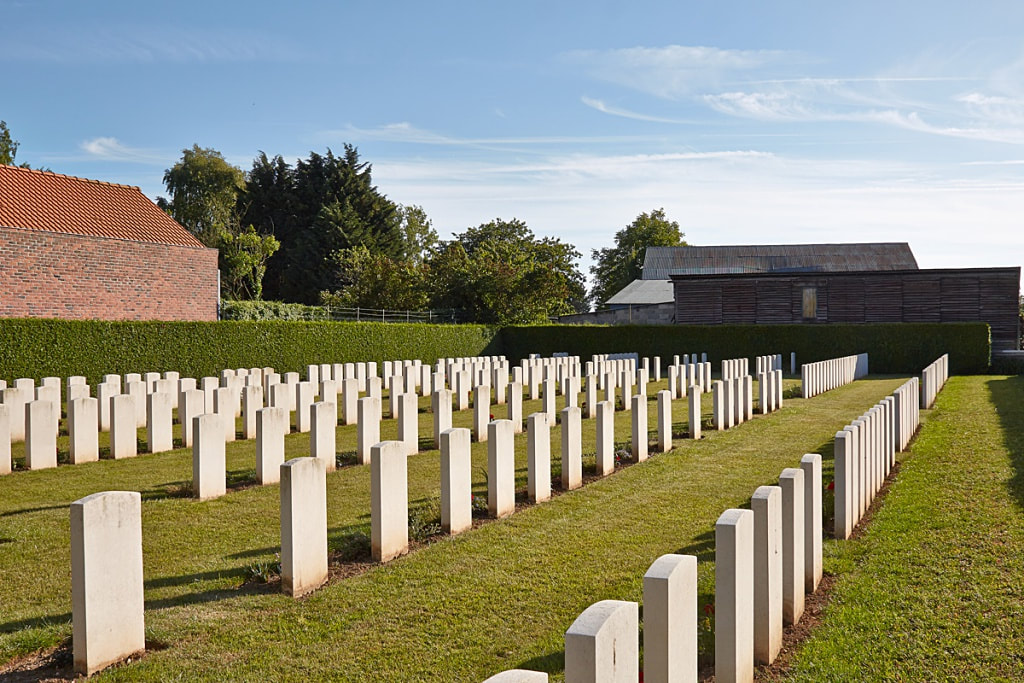 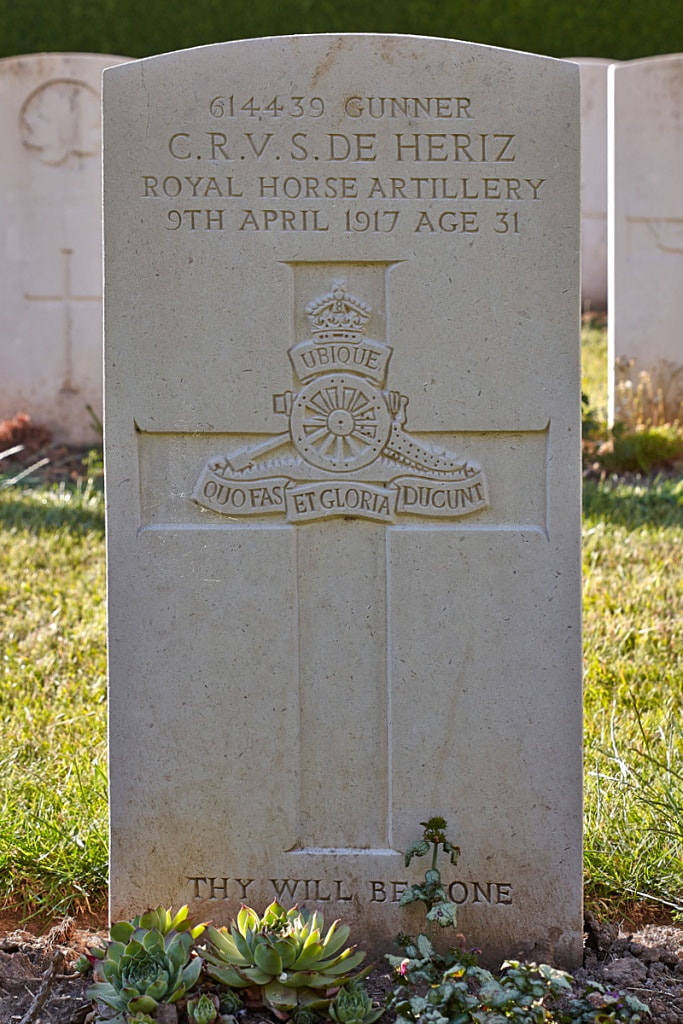 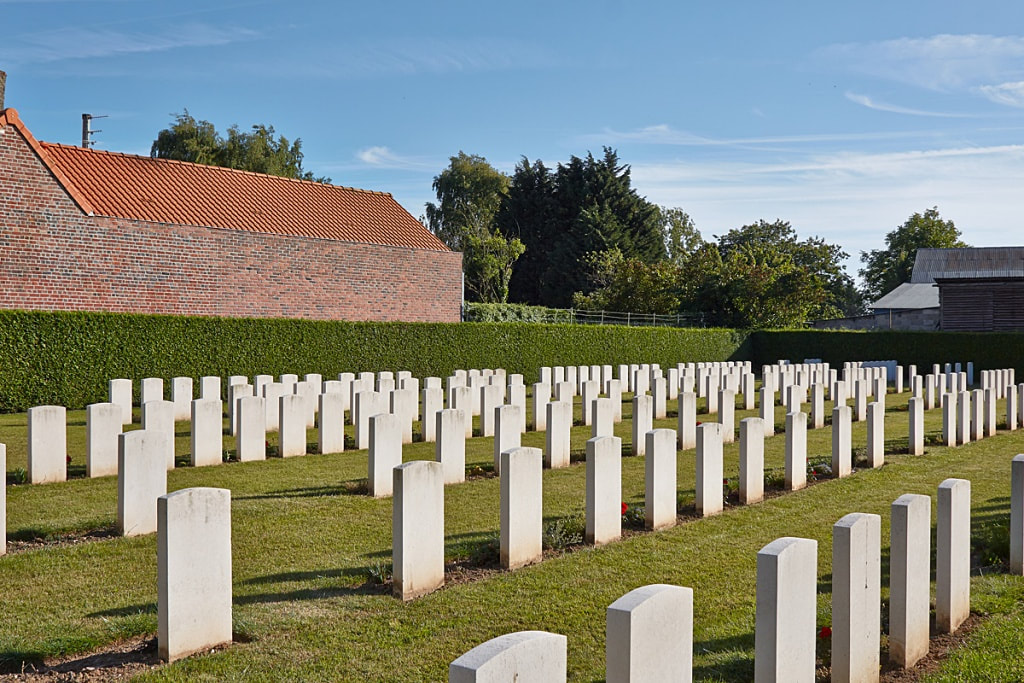 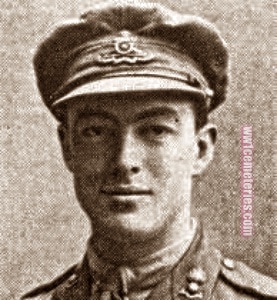 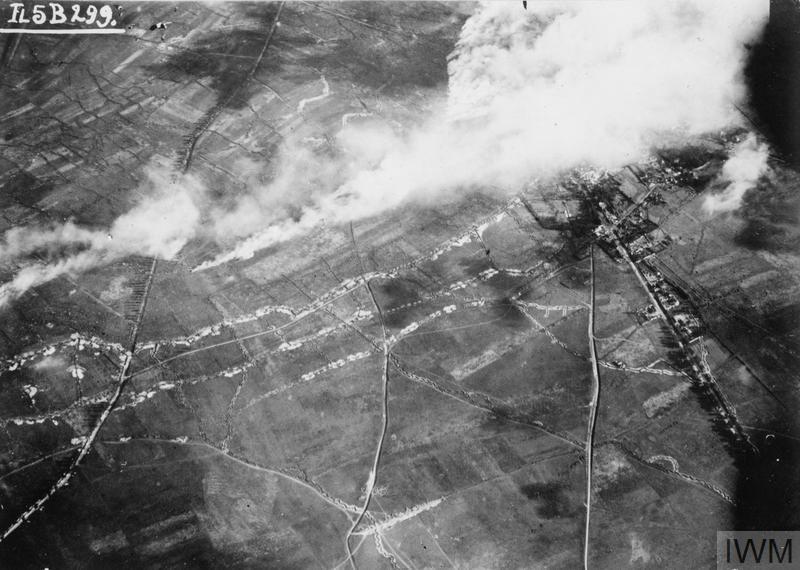 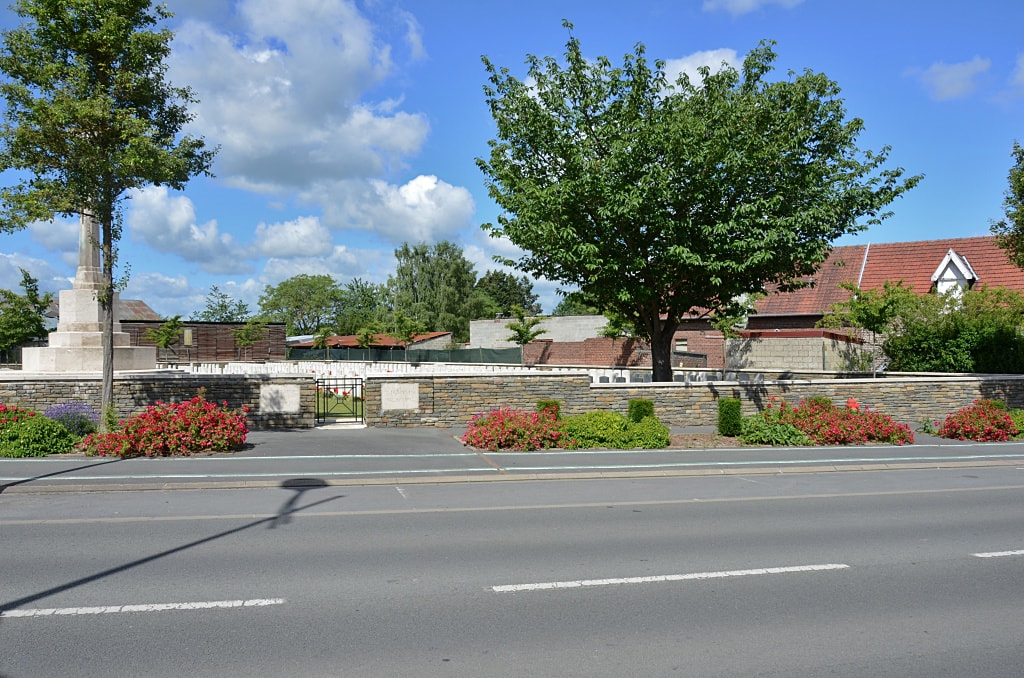 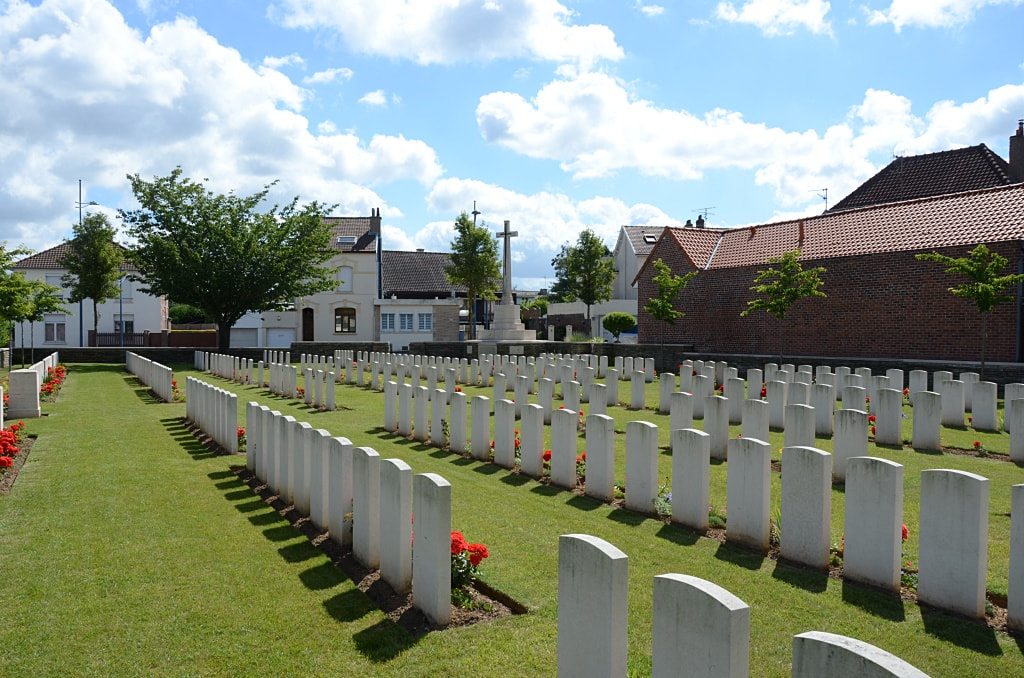 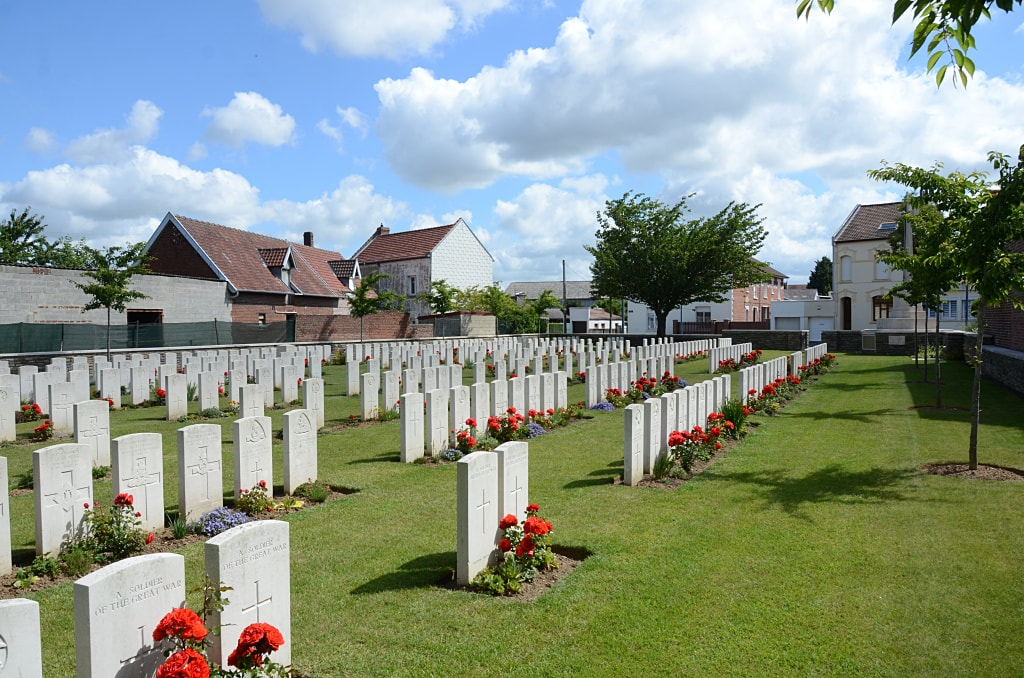 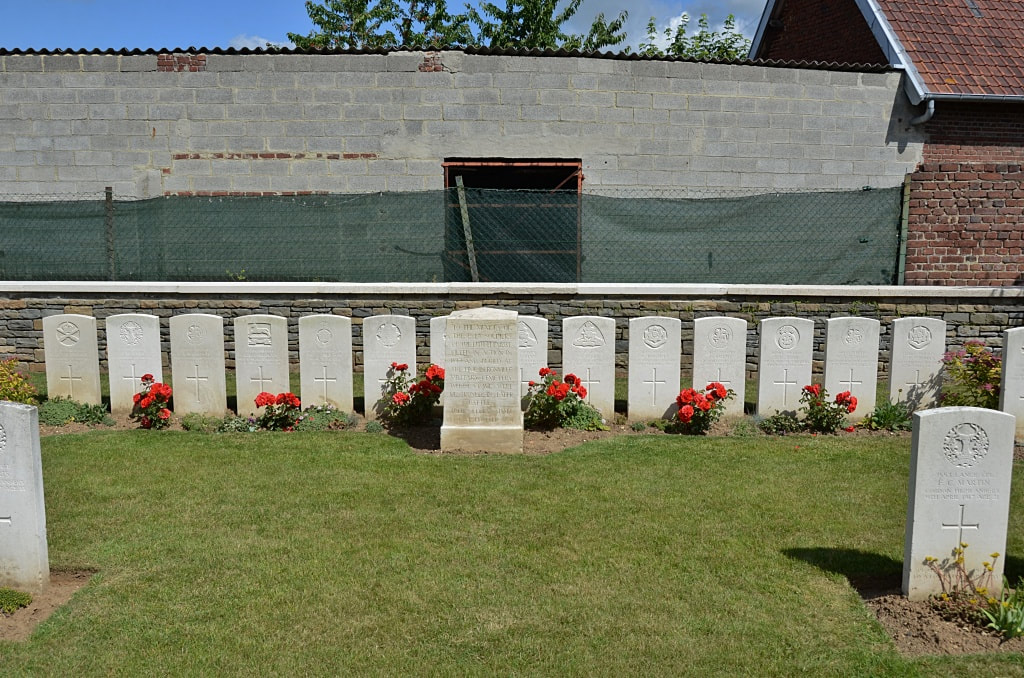 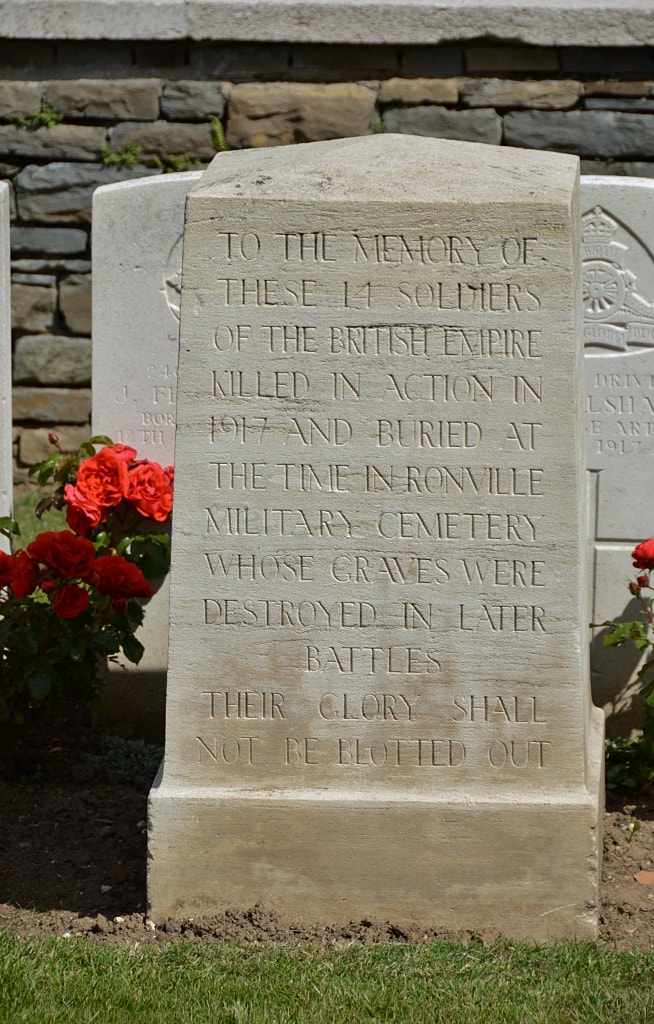 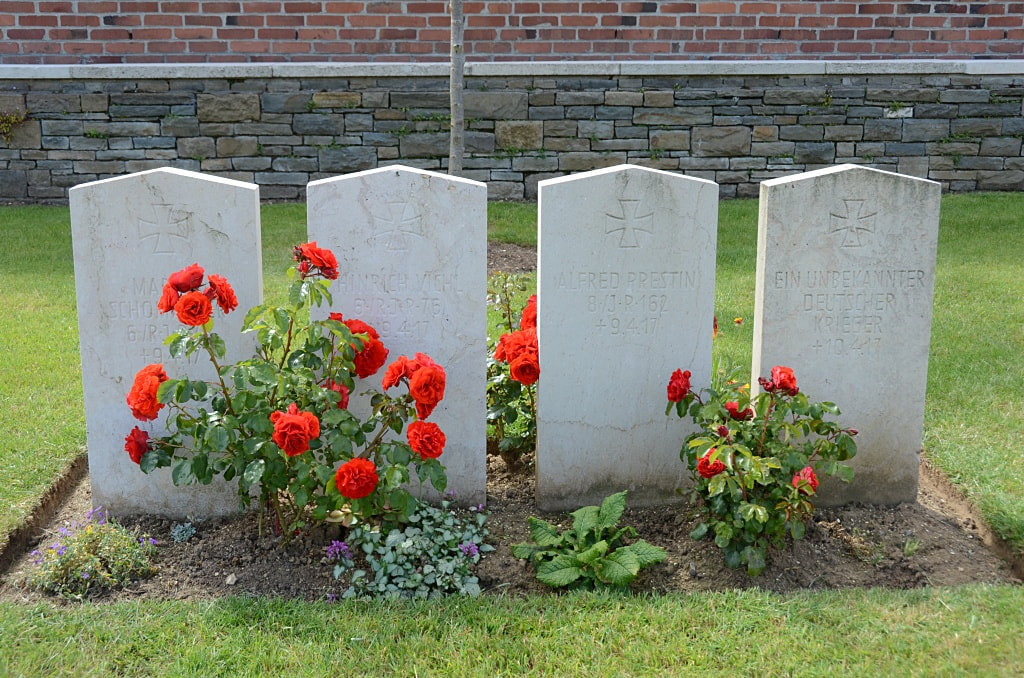