The churchyard is situated between two farms. The extension stands in an old orchard at the back of the churchyard and access is through the main churchyard.

The village remained in British hands from the summer of 1915, when it was taken over from French troops, until the end of the War. It suffered at times from severe shelling, which caused the destruction of the original church. However, its replacement was erected 400 metres distant from the original site, leaving the churchyard seperated from the church. The village was 'adopted' after the war by the County of Wolverhampton.

Berles-au-Bois Churchyard Extension was begun by French troops, whose graves are in the South corner. It was continued by the 46th North Midland and other Divisions from September 1915, until January 1917, when it was closed.

The Extension covers an area of 1,066 square metres and is enclosed by brick walls. 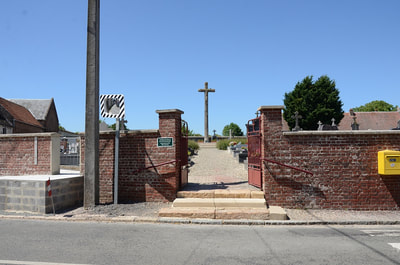 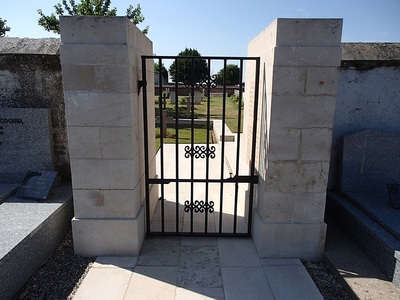 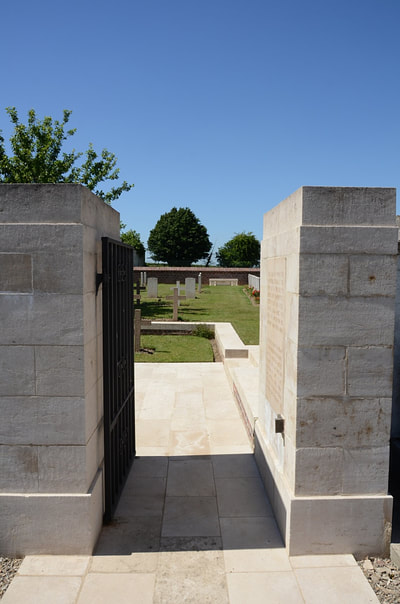 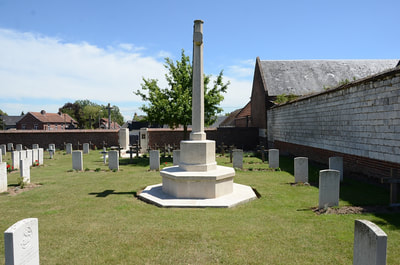 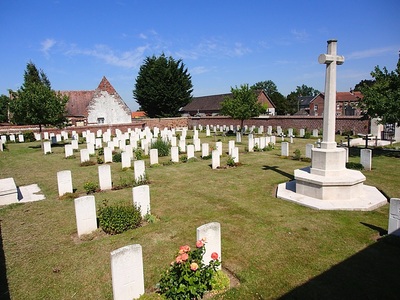 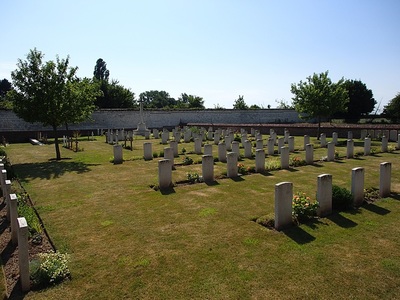 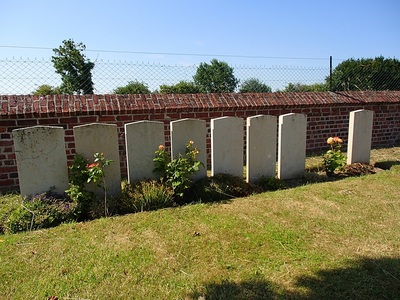 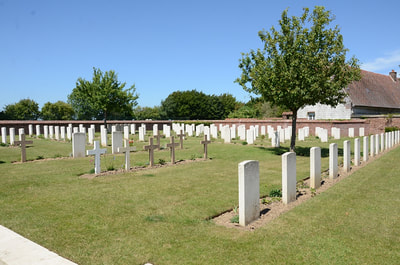 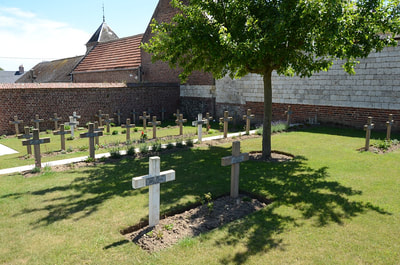 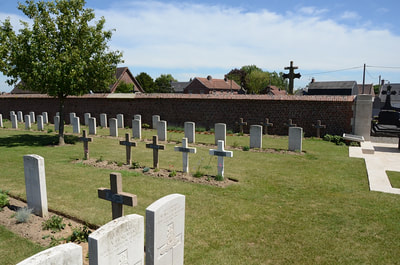 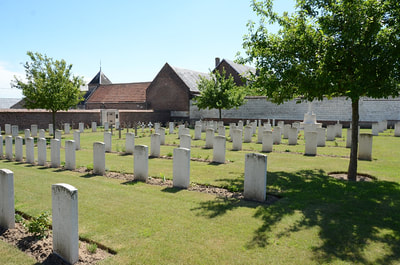 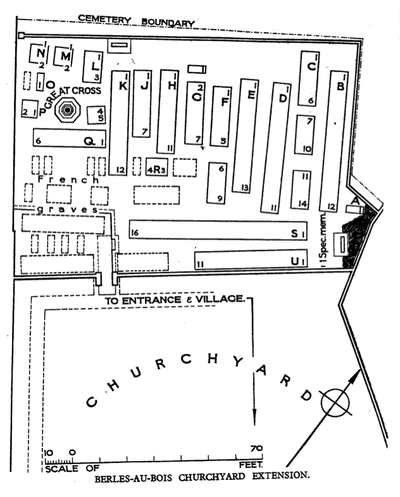 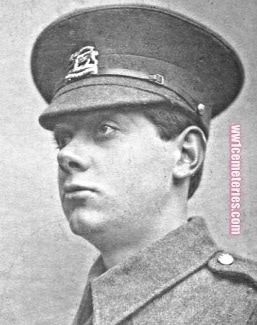 Son of Ellen Barsby, of 25, Howard St., Loughborough, and the late John Barsby. 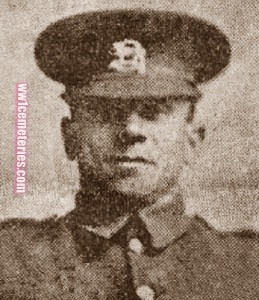 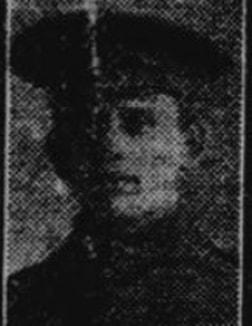 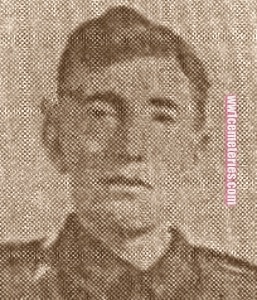 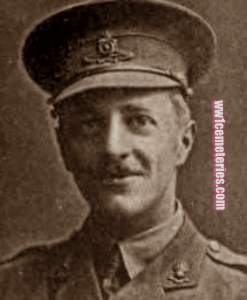