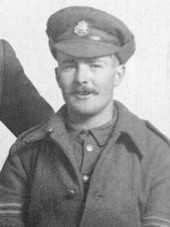 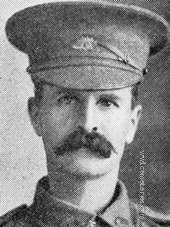 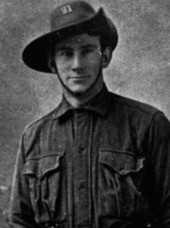 From the Advocate Newspaper – March 1917

“He was a Burnie boy, for he would not have attained his 20th year until next month ... He was killed while taking his men out of the danger zone; in this he showed his unselfishness and devotion to duty, by seeing his men safe before he looked after himself. While in action he stood out above the others and thought only of his duty and nothing of his personal danger. Several of his mates were at his funeral, and an Australian minister officiated. We are having a cross erected. It is just a simple token from his mates; when the war is over it can be replaced by something better. He is buried in Bernafay Wood, near the ruined village of Montauban, between Albert and Bapaume, in a British cemetery.”

A poem published in the Advocate just after the war addressed to Will
​
I picture your safe returning, Will, And longed for the clasp of your hand, But never will be the meeting In Australia’s sunny land.

Now the war is really over, Those words to some sound nice But, oh, the sad, and hearts of those Whose loved ones paid the price.

Your loving friend, May December 1918 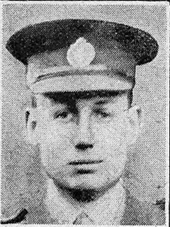 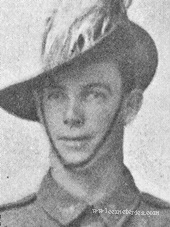 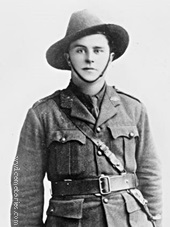 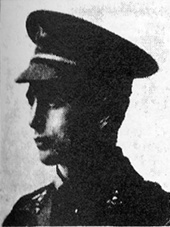 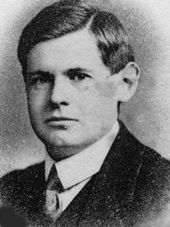 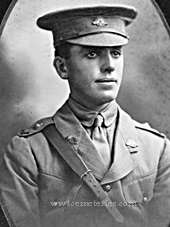 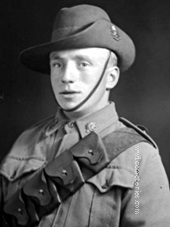 From Willaura, Victoria. A 21 year old farm labourer prior to enlisting on 20 July 1915, he embarked for overseas with the 12th Battery from Melbourne on 18 November 1915 aboard HMAT Wiltshire (A18). After a short stopover in Egypt, he arrived in France in March 1916 served on the Western Front. Dvr Holt was wounded in action near Flers, France and died from his wounds on 9 November 1916.