Bertenacre Military Cemetery is situated half way between the villages of Eeke and Godewaersvelde, which are 10 kilometres north-east of Hazebrouck in the department of the Nord.

From Eeke, take the D139 and head east. Once over the motorway, which is some 2 kilometres from the village, turn immediately right onto the track leading to Bertenacre Military Cemetery.

PLEASE NOTE: The rough track leading to the cemetery may be difficult under wet weather conditions, and is unsuitable for private cars during the winter months.

The cemetery was made by French troops (as the Cemetery "du Calvaire de Bertenacre", from the crucifix on the main road), and used in July-September, 1918, after the Battles of the Lys, by the 36th (Ulster) Division. After the Armistice the 115 French and two German graves were removed, and British graves were brought in from the following cemetery:-

ROYAL WEST SURREY CEMETERY, Fletre, was about 460 metres to the South-East. It contained the graves of 42 soldiers from the United Kingdom killed in an enemy air raid on the 18th August, 1917 (of whom 38 belonged to the 10th Queen's), and one Canadian soldier who fell in June, 1918.

The cemetery covers an area of 716 square metres and is enclosed by a rubble wall. 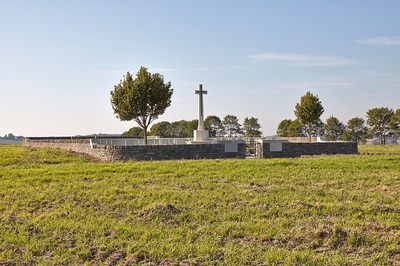 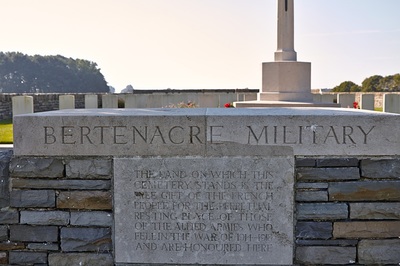 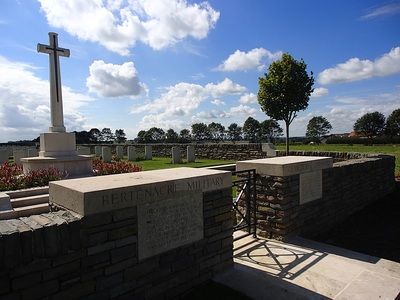 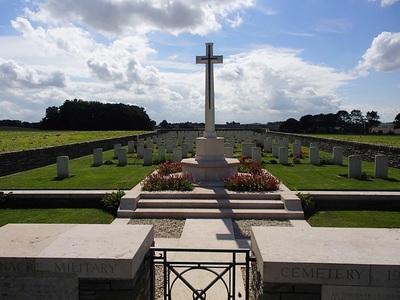 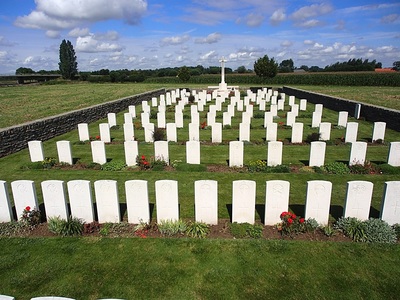 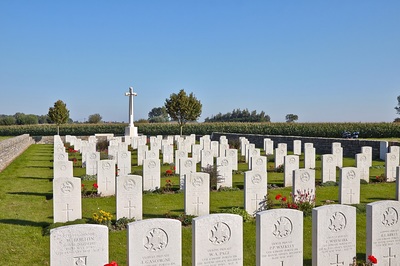 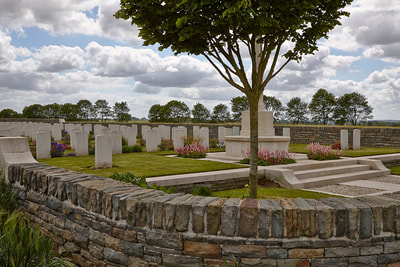 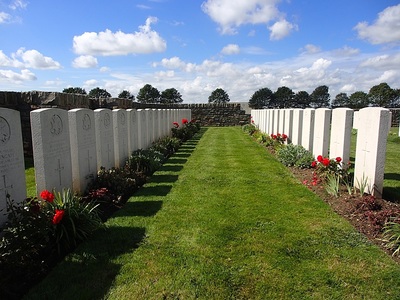 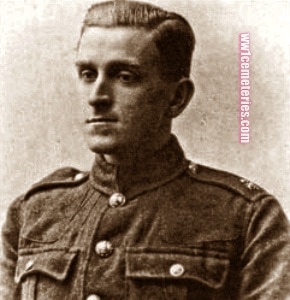 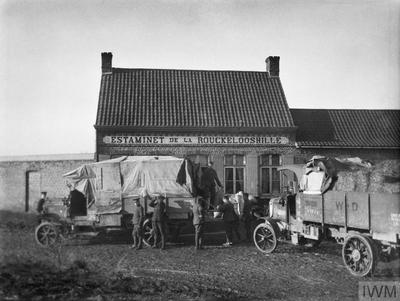 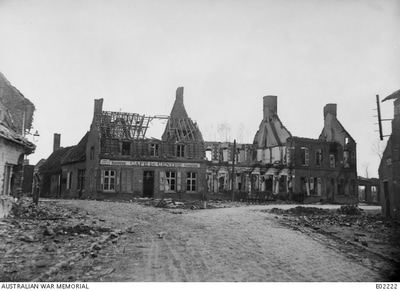 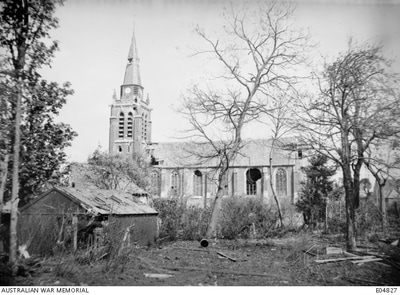 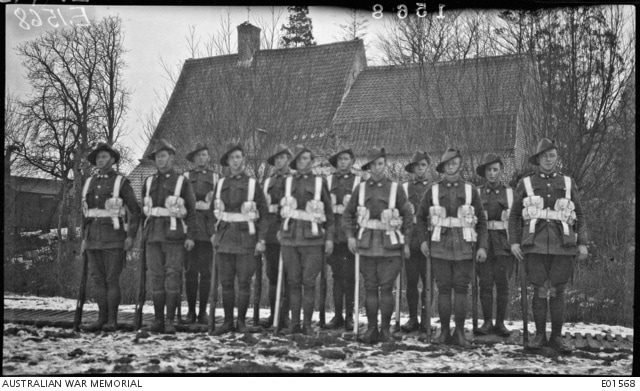