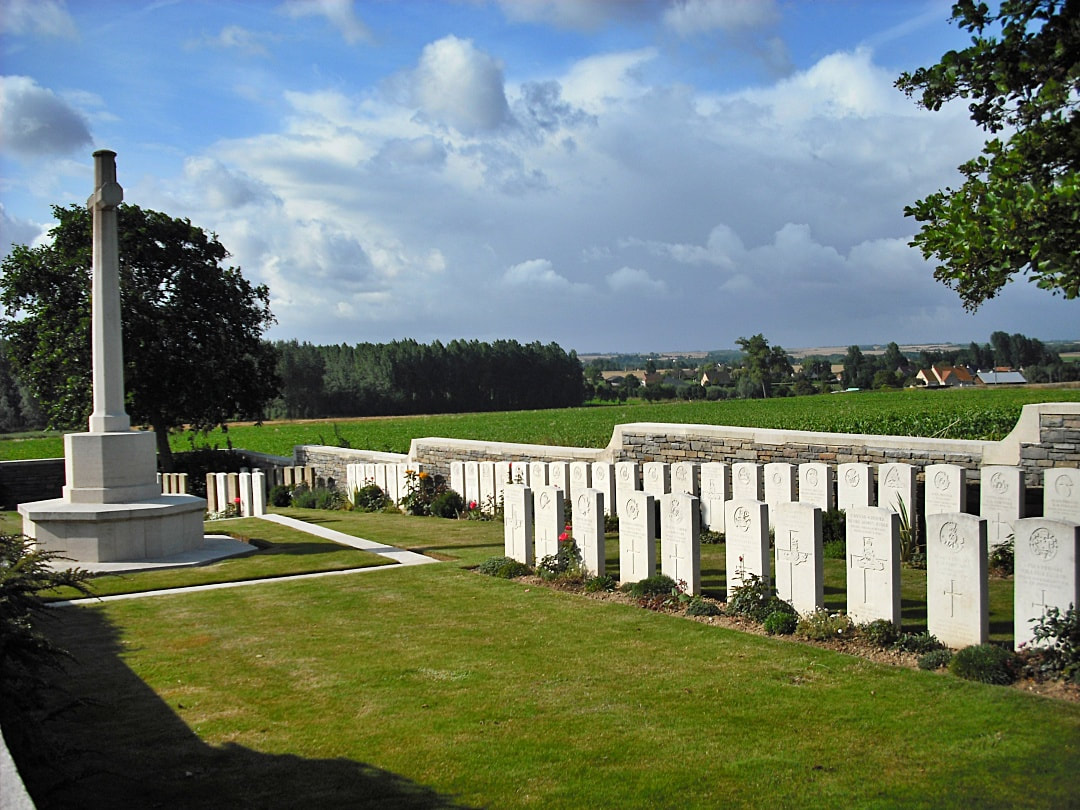 From the junction on the main road between St Omer and Dunkerque and the D207, head west on the D207. After 500 metres turn left onto the Rue l'Estabergue. This road leads directly to the Bleue Maison Military Cemetery.

The Military Cemetery was made in May, 1918-April, 1919, mainly by the four Casualty Clearing Stations posted at Watten in April-October, 1918; and after the Armistice a number of graves were brought into it from Mardyck and Oye Churchyards; three American graves have been removed.

The cemetery covers an area of 280 square metres and is enclosed by a stone rubble wall.

Six United Kingdom soldiers were buried in MARDYCK CHURCHYARD in July-September, 1917, and six just outside it in September and October, 1917.

OYE CHURCHYARD contained the graves of nine French soldiers, two Belgian, and one from the United Kingdom who died in August, 1919.

There was one 1939-1945 War burial, a solider from the United Kingdom, who is not identified. 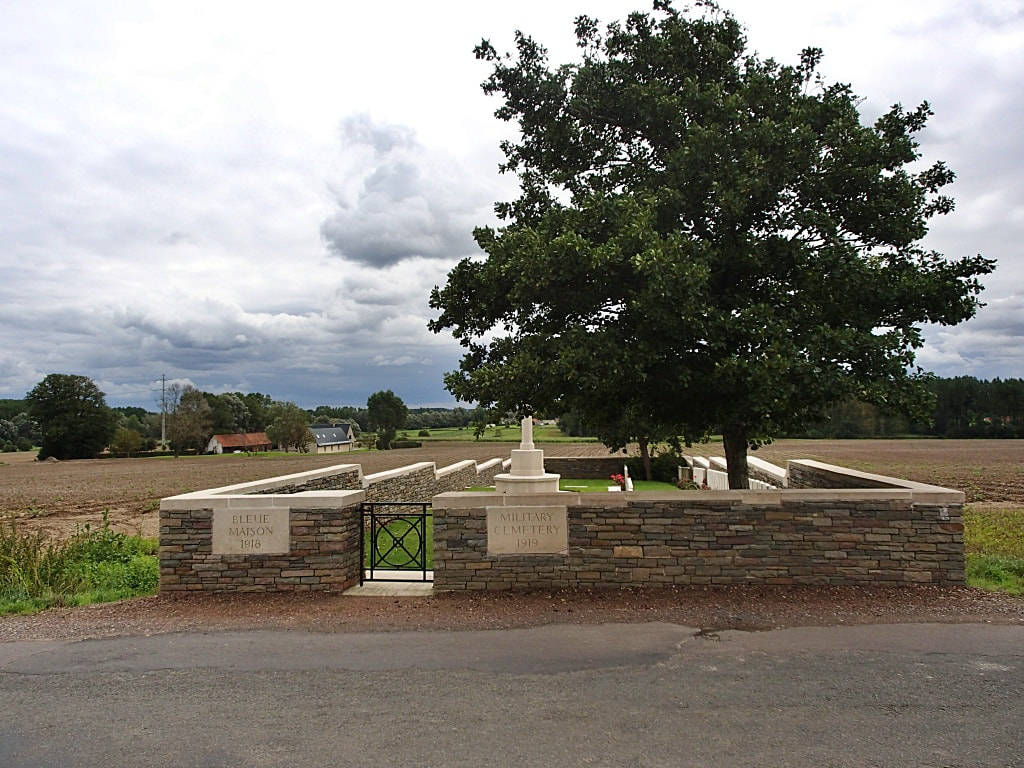 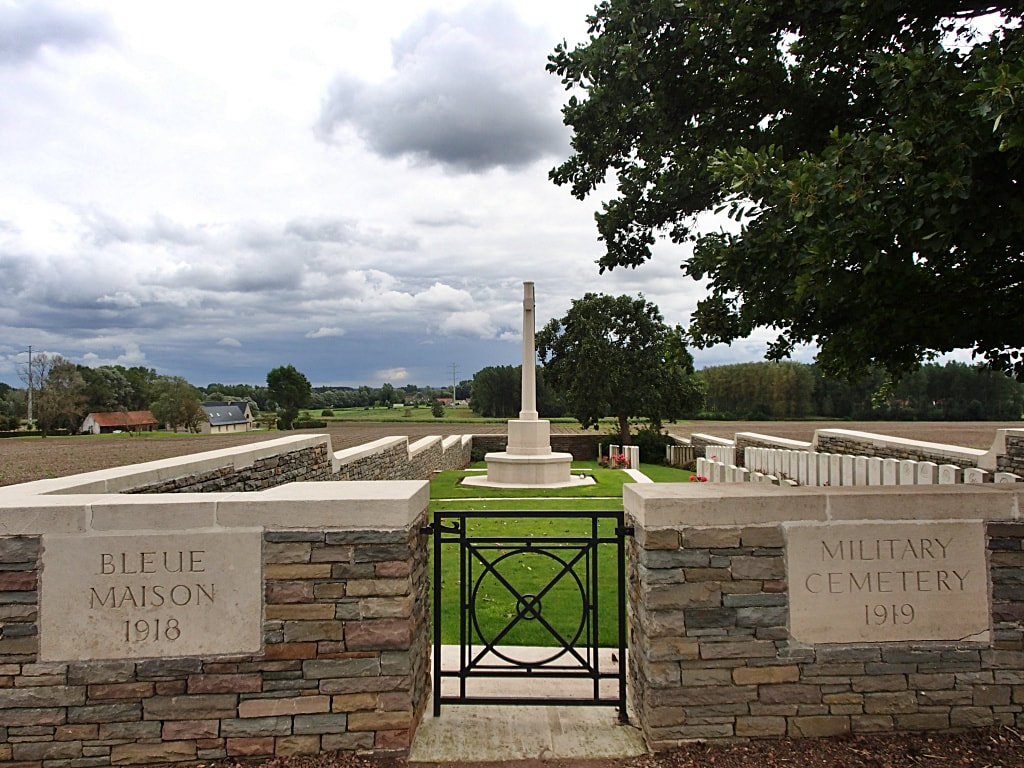 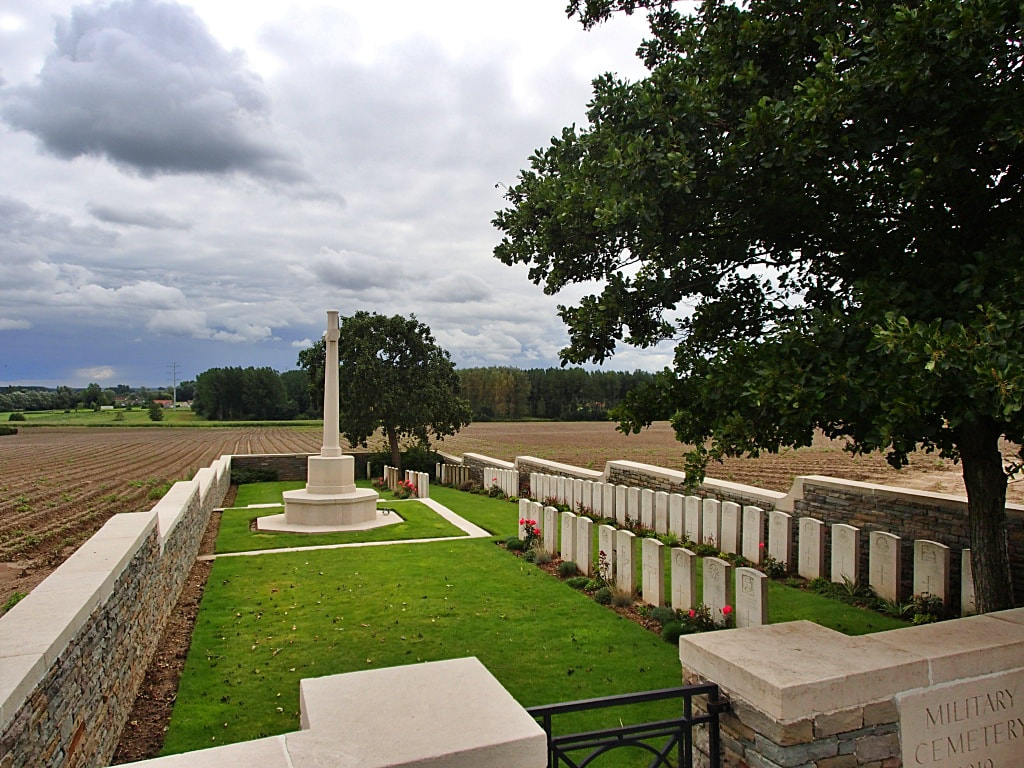 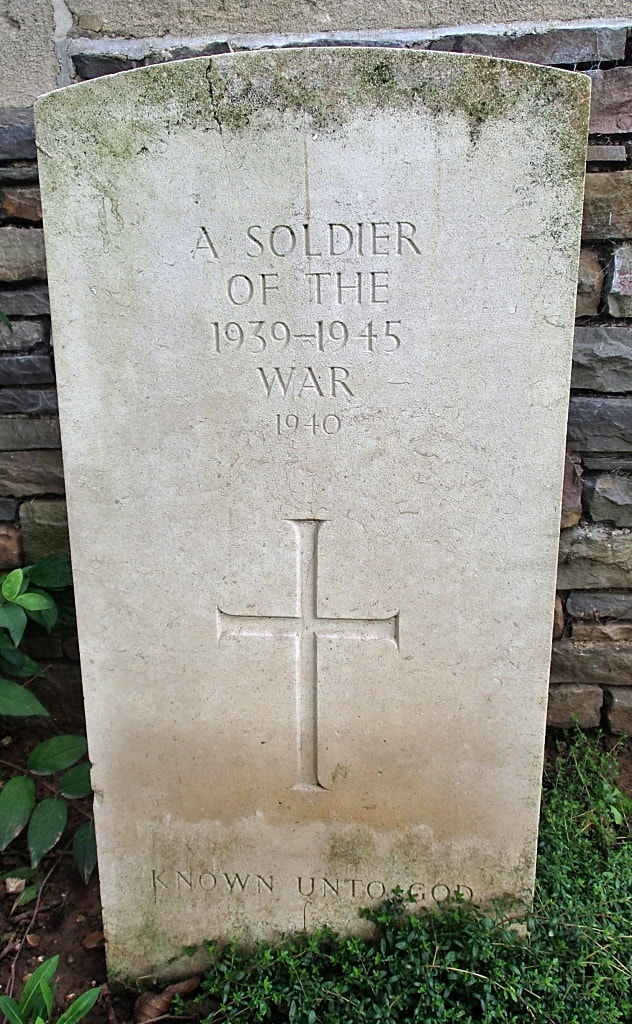 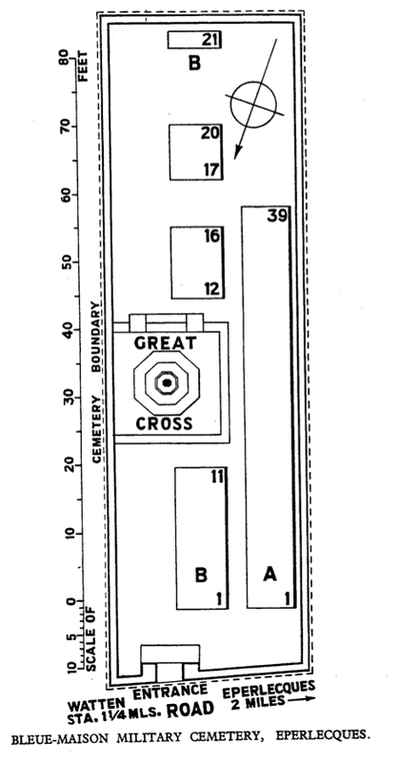 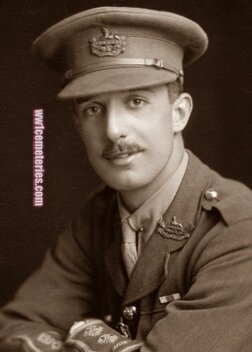 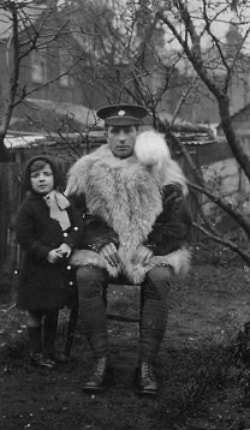 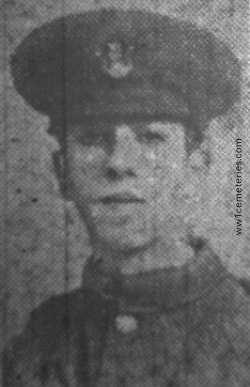 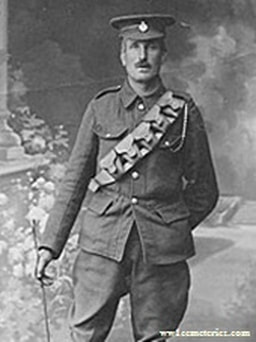 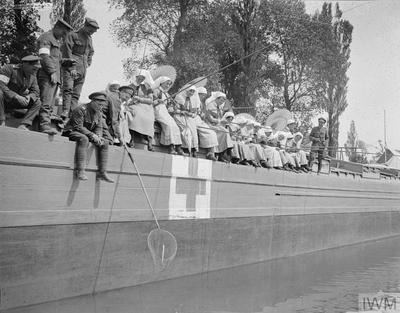 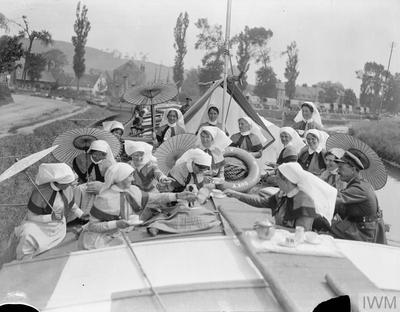