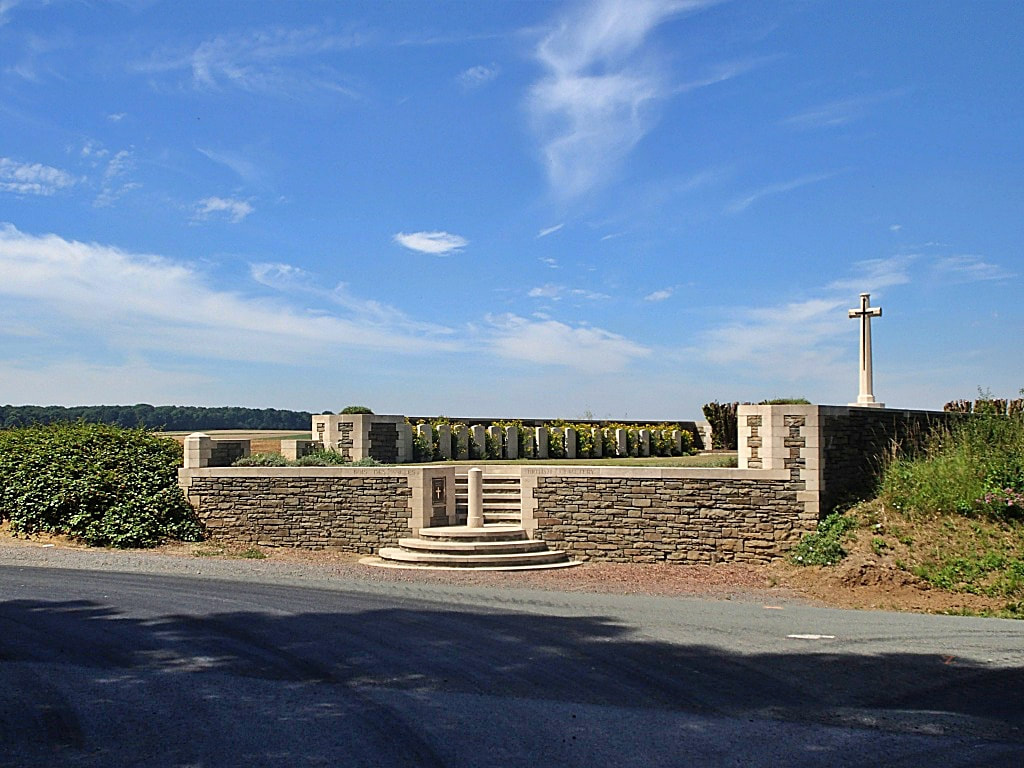 Villers Outreaux is a 20 kilometres north of St Quentin and 16 kilometres south of Cambrai.

Bois-Des-Angles Cemetery is 3 kilometres north of Villers Outreaux on the D76 which connects Villers Outreaux with Lesdain. It is signposted from the crossroads D16, D76 as you enter or leave the town on its western side.

Crevecoeur-sur-L'Escaut was captured by the New Zealand and 3rd Divisions on the 1st October, 1918.

The Cemetery was made by the 21st Division in the middle of October, 1918; and after the Armistice it was enlarged by the concentration of graves from the following two cemeteries:-

BEL-AISE FARM CEMETERY, CREVECOEUR-SUR-L'ESCAUT, was at the "Fonds de Belle Aise", 460 metres West of Belle-Aise Farm. It contained the graves of 52 soldiers of the 37th Division, all but one of whom fell on the 8th October, 1918.

MORTHO WOOD CEMETERY, CREVECOEUR-SUR-L'ESCAUT, was on the East side of the Bois de Mortho, West of Villers-Outreau; and in it were buried 74 Welsh soldiers and one man of the Tank Corps, who fell on or about the 8th October, 1918.

There are now 177, 1914-18 war casualties commemorated in this cemetery. A special memorial records the name of one United Kingdom soldier, buried in Bel-Aise Farm Cemetery, whose grave could not be found.

The Cemetery covers an area of 506 square metres and is enclosed by a stone rubble wall. 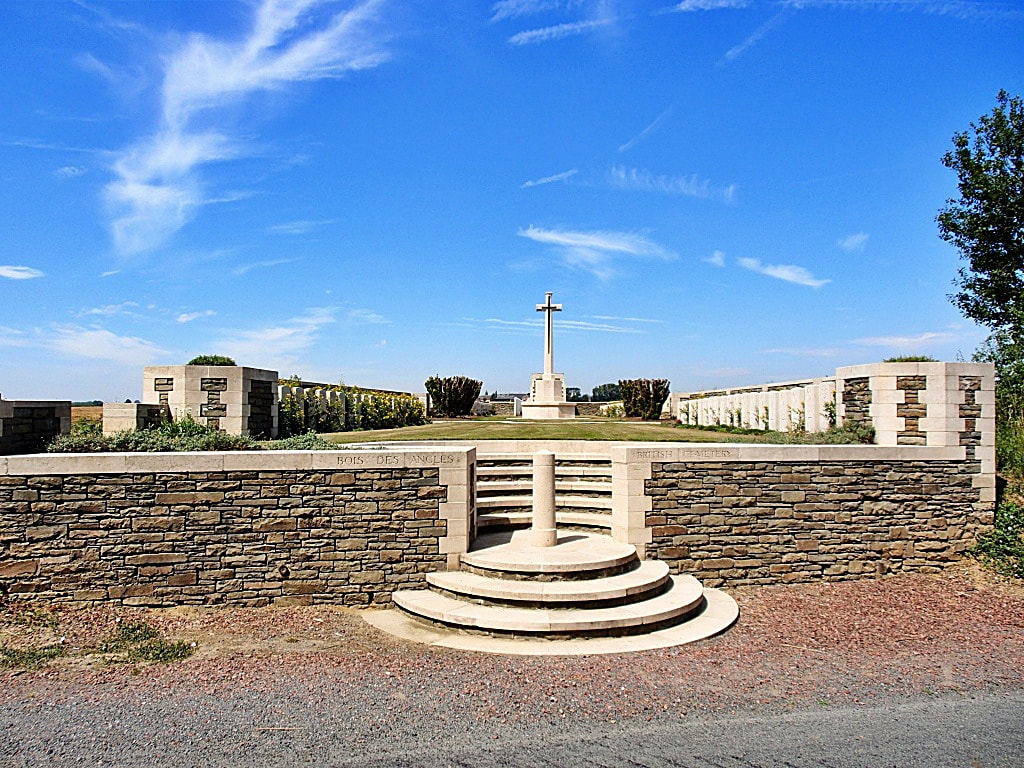 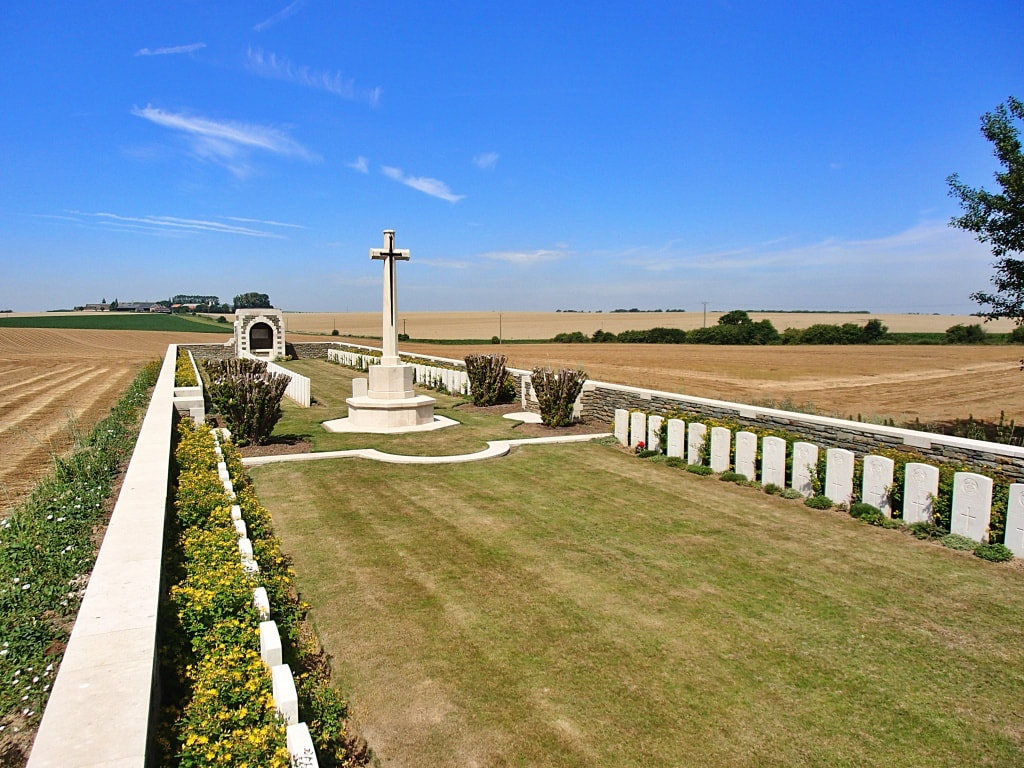 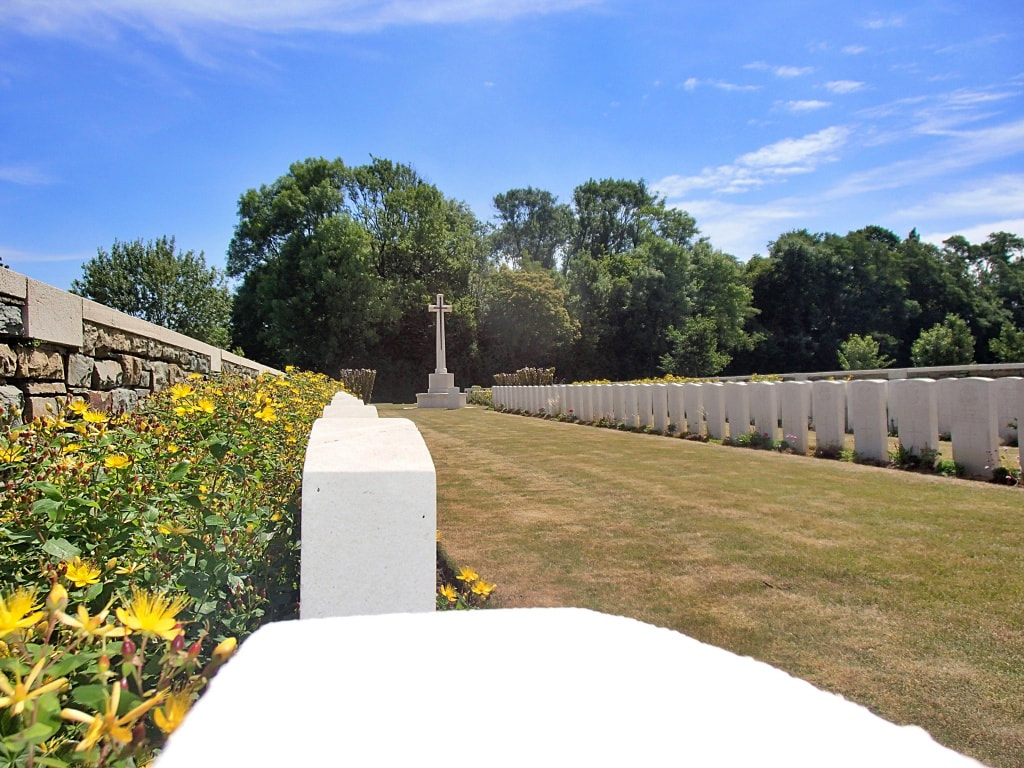 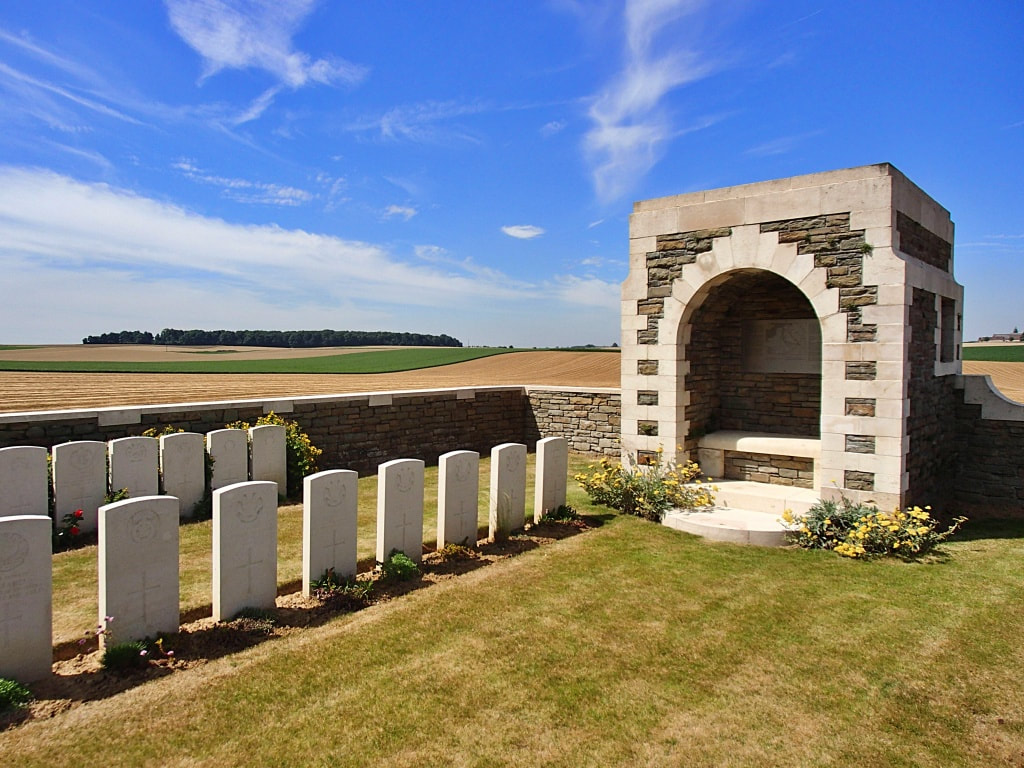 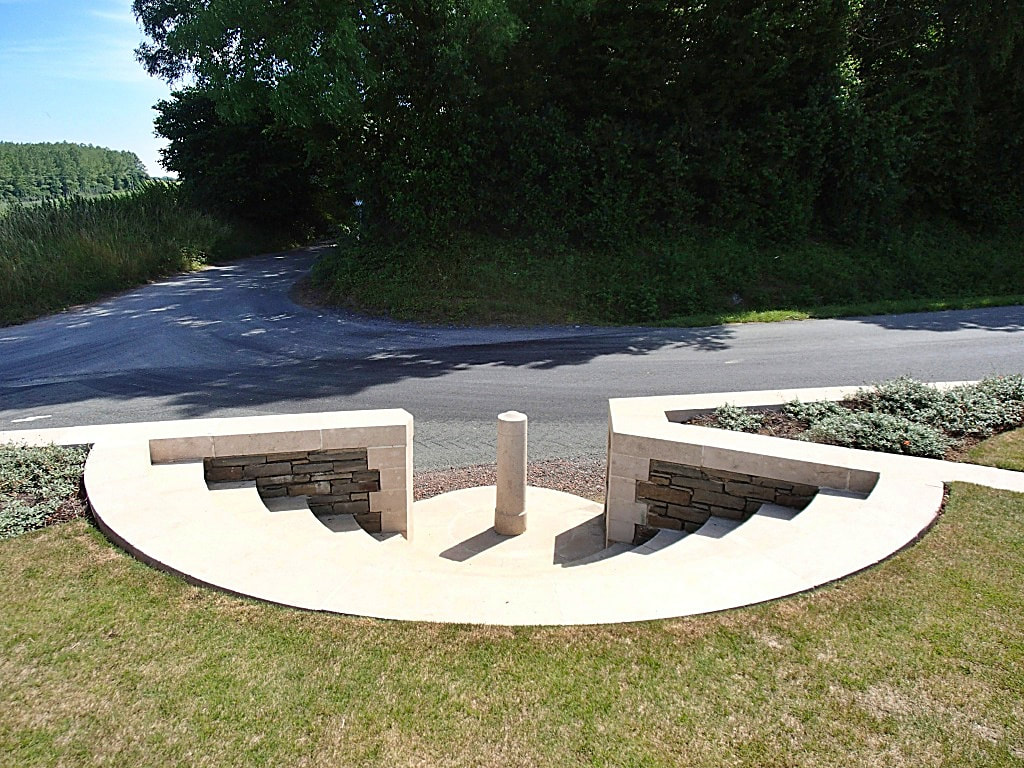 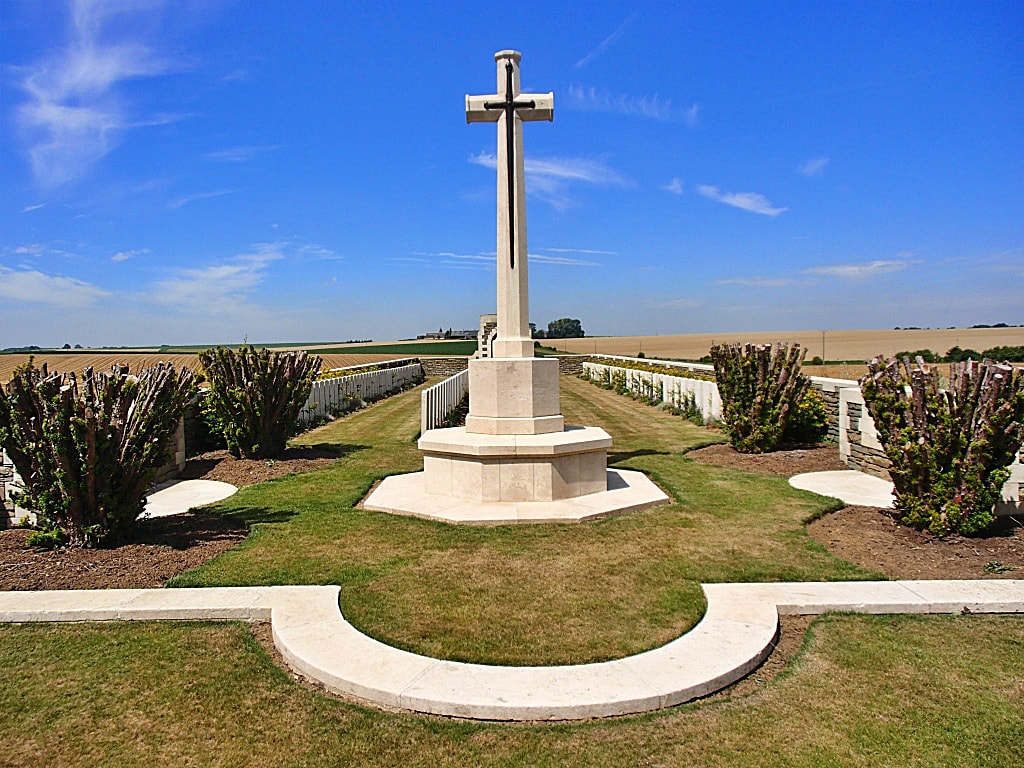 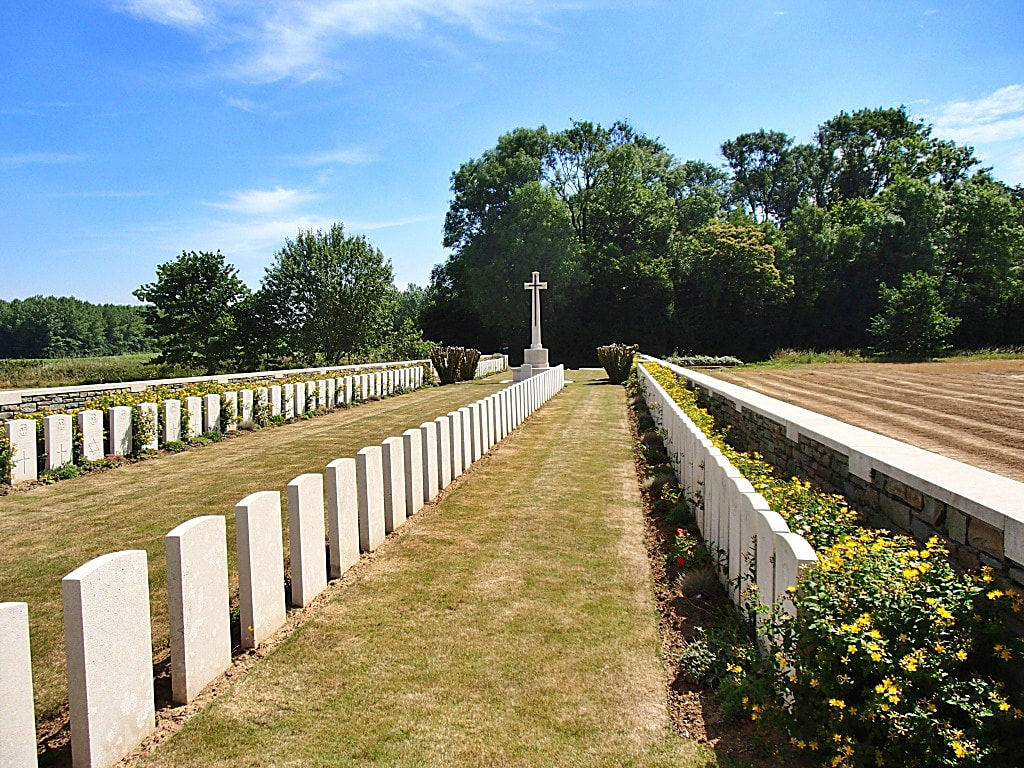 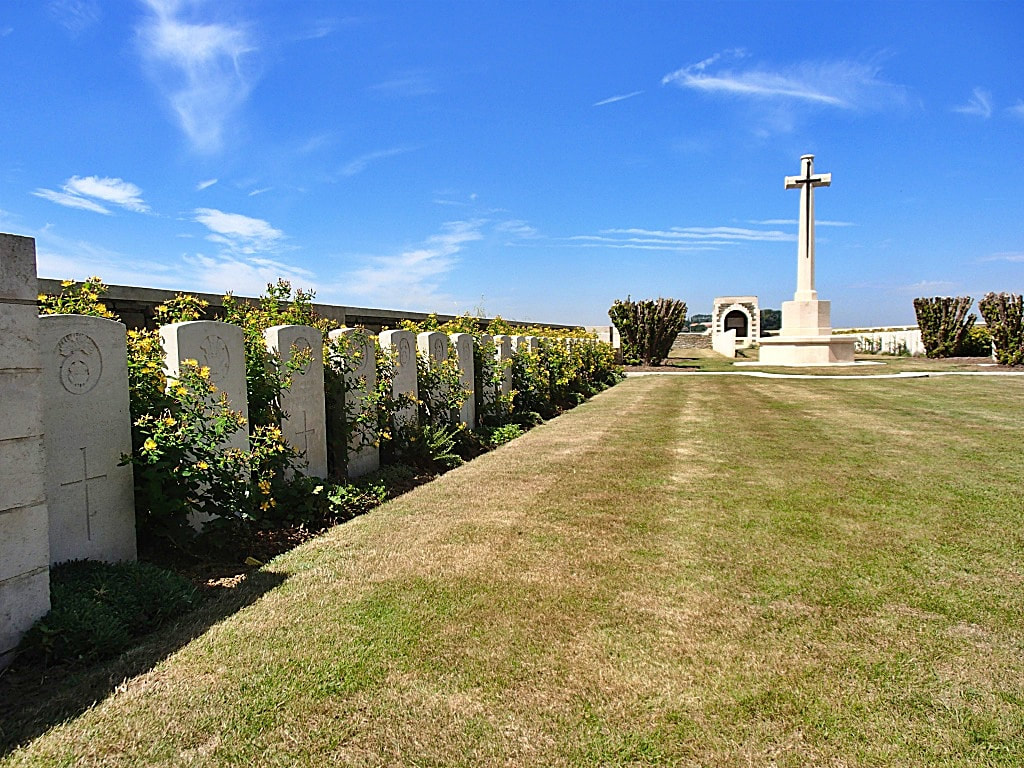 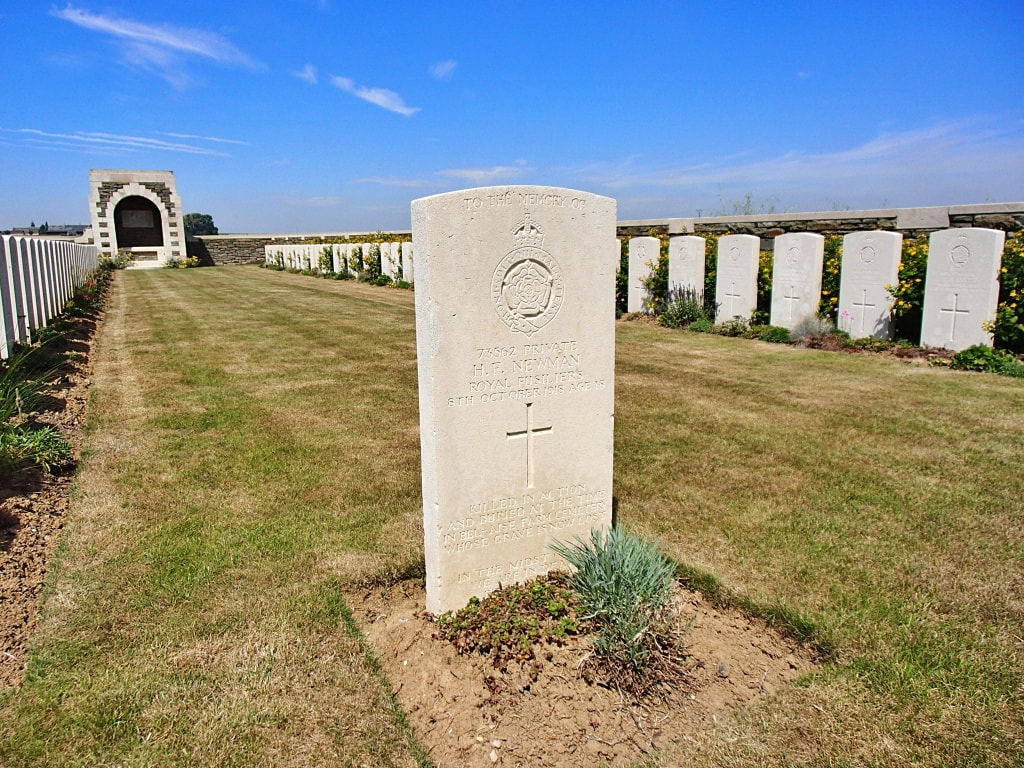 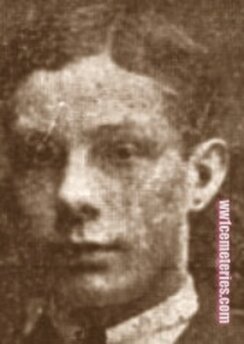 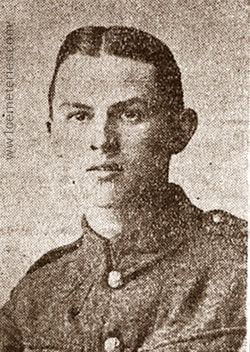 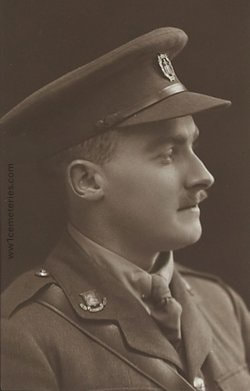 Son of the late Willoughby R. Hughes, C.E., and of A. M. Hughes (stepmother), of "Lynton," Hampden Park, Eastbourne. Sussex. 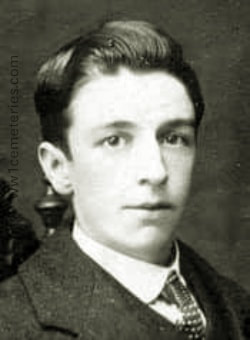 Inscription "Christ Also Suffered For Us" 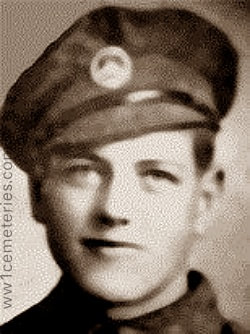 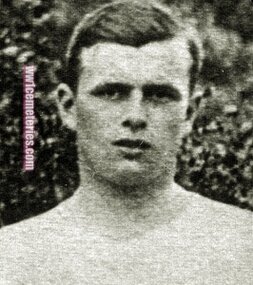 Son of Baker and Emma Megginson, of Atherstone, Warwickshire. 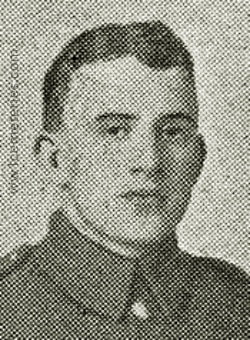 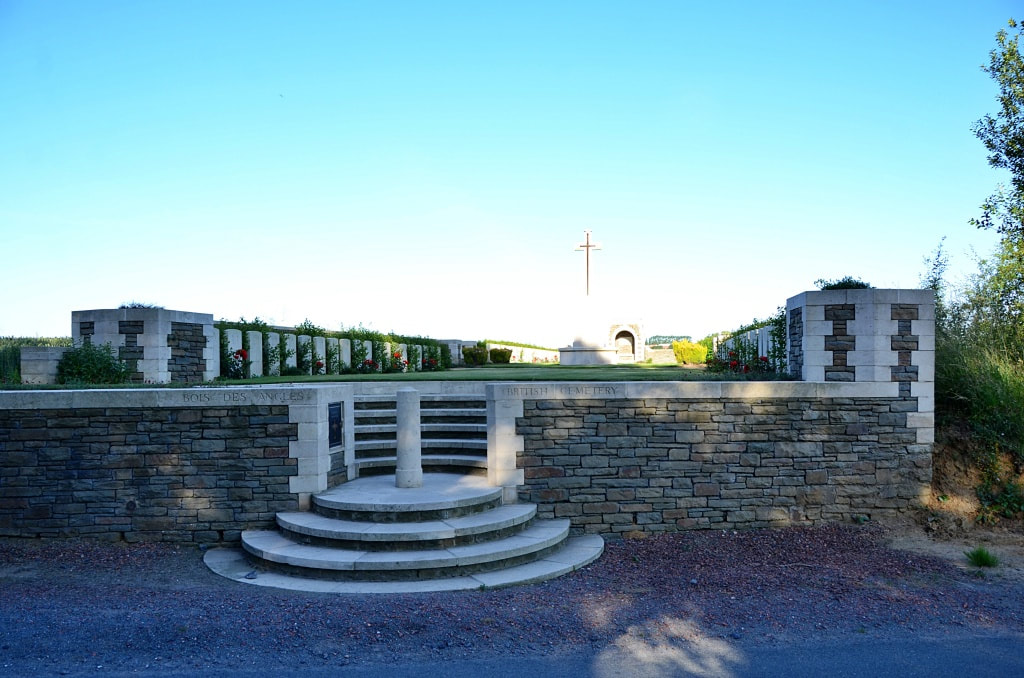 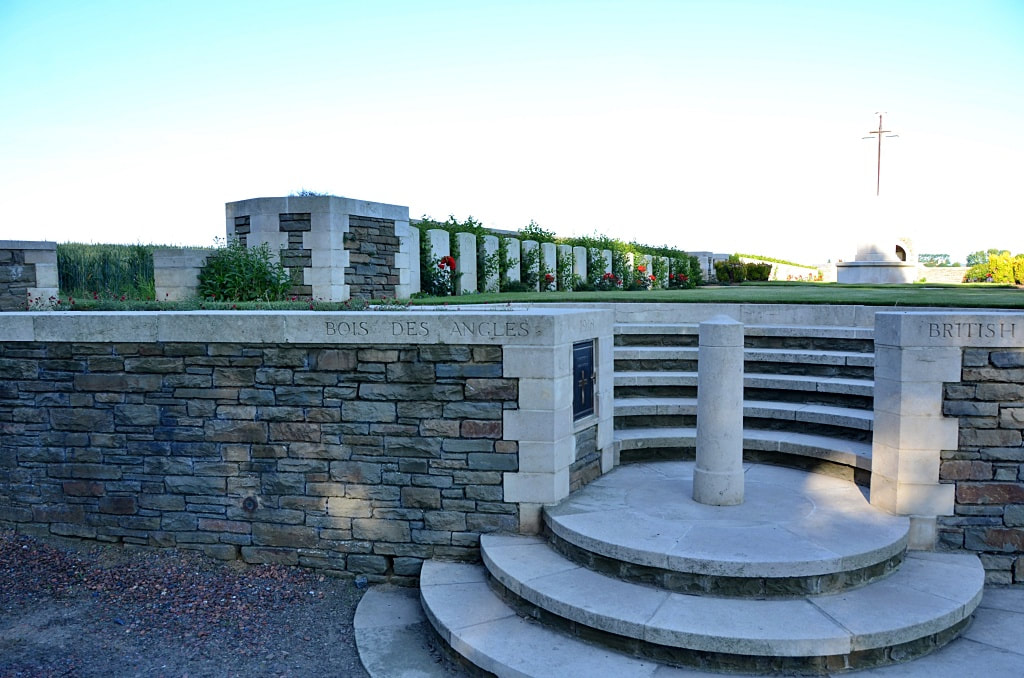 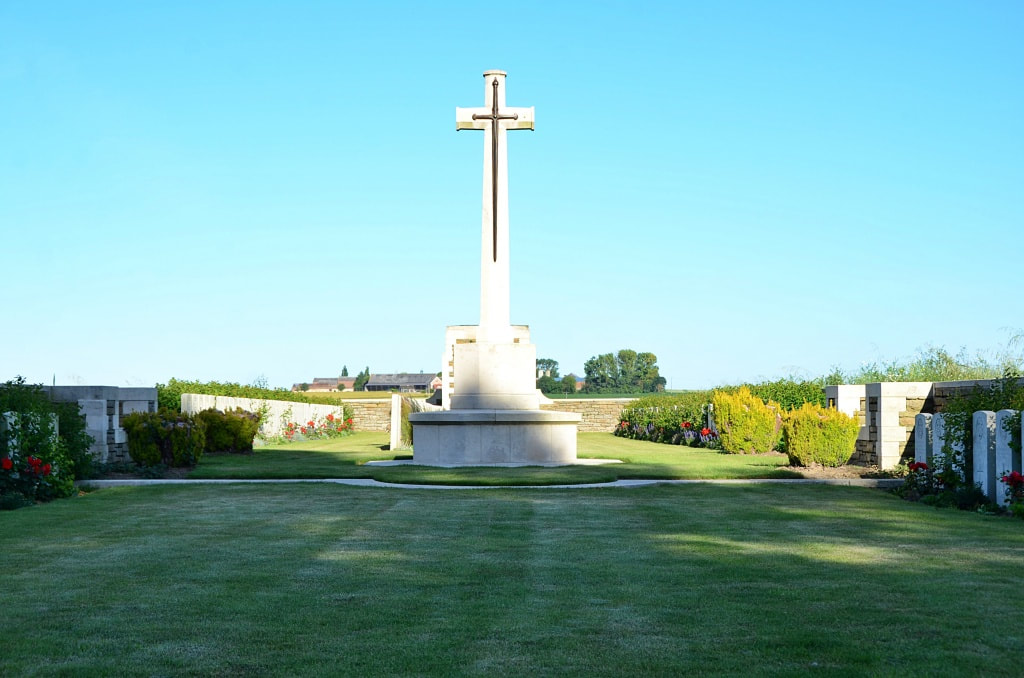 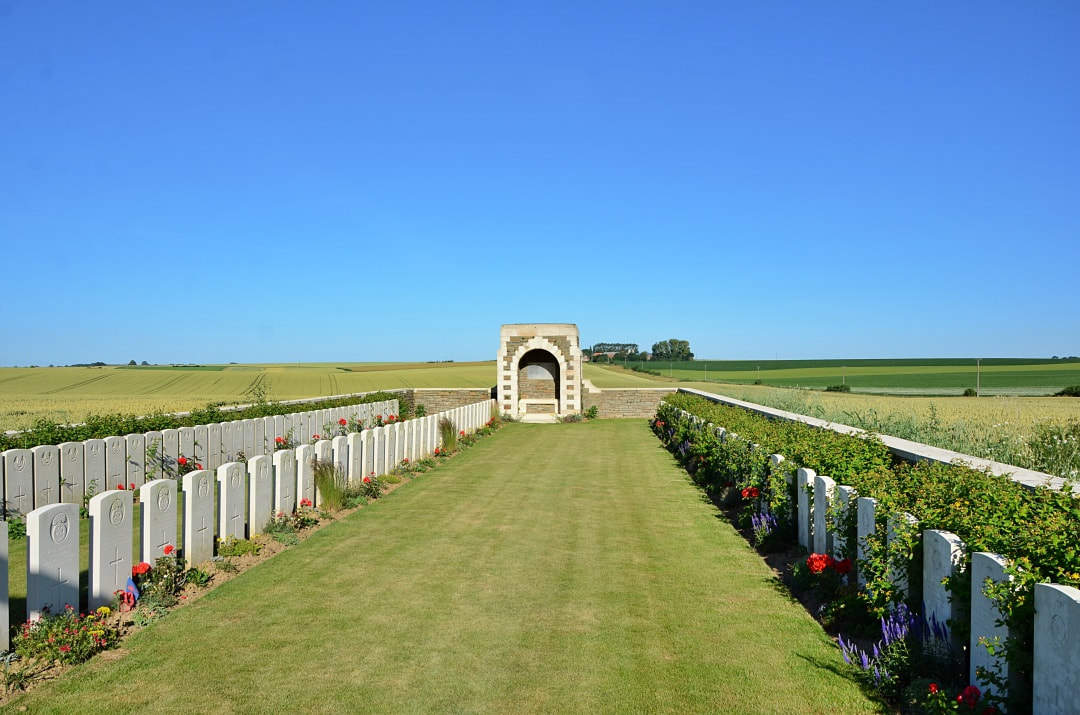 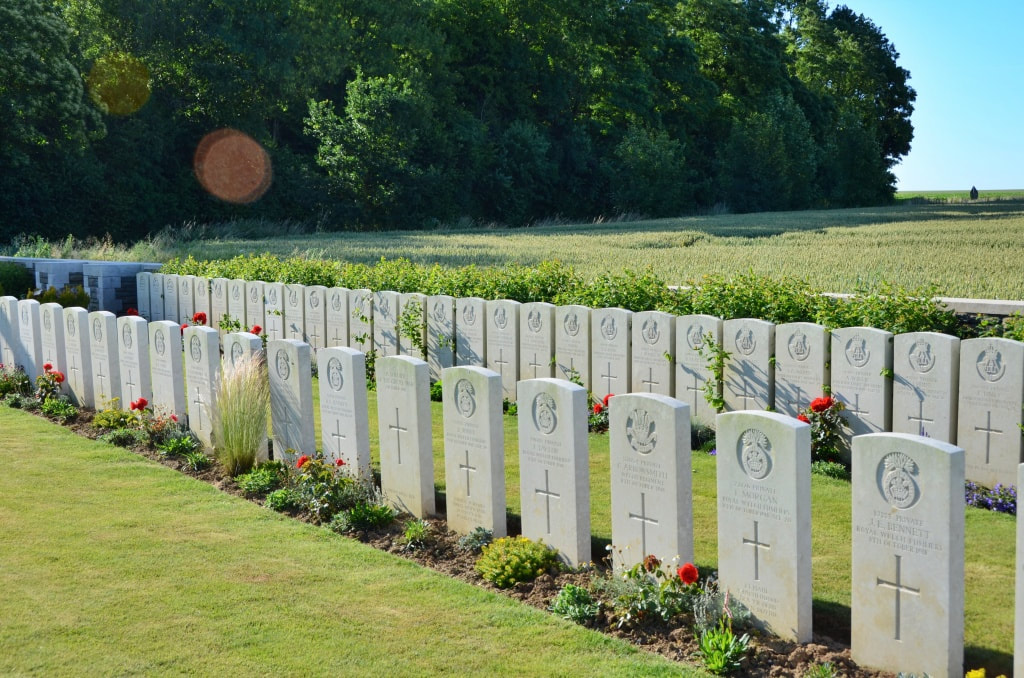 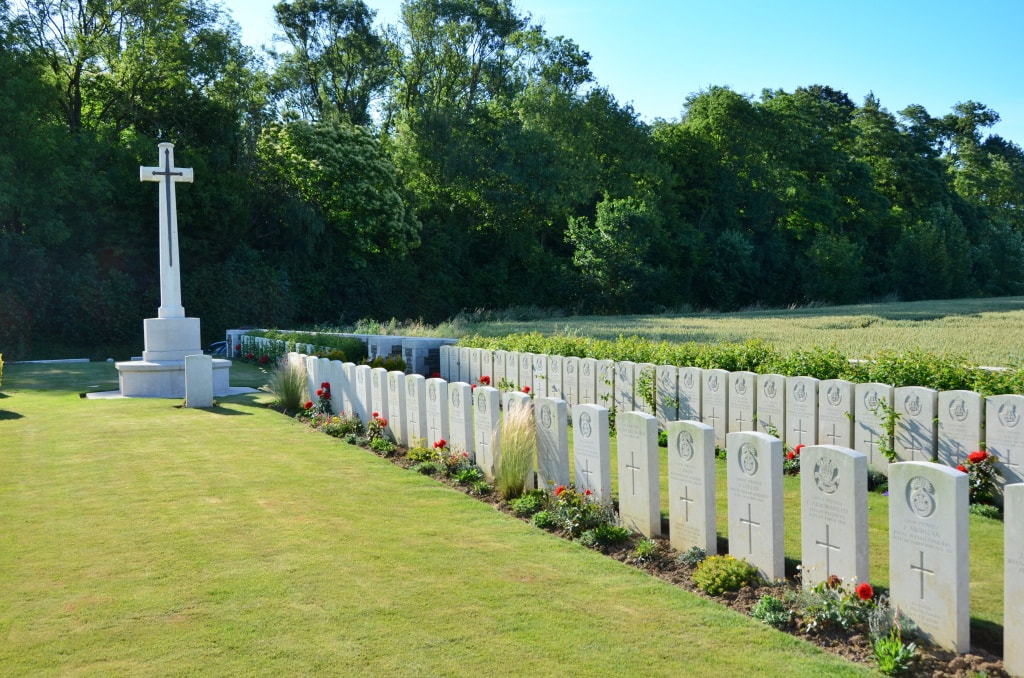 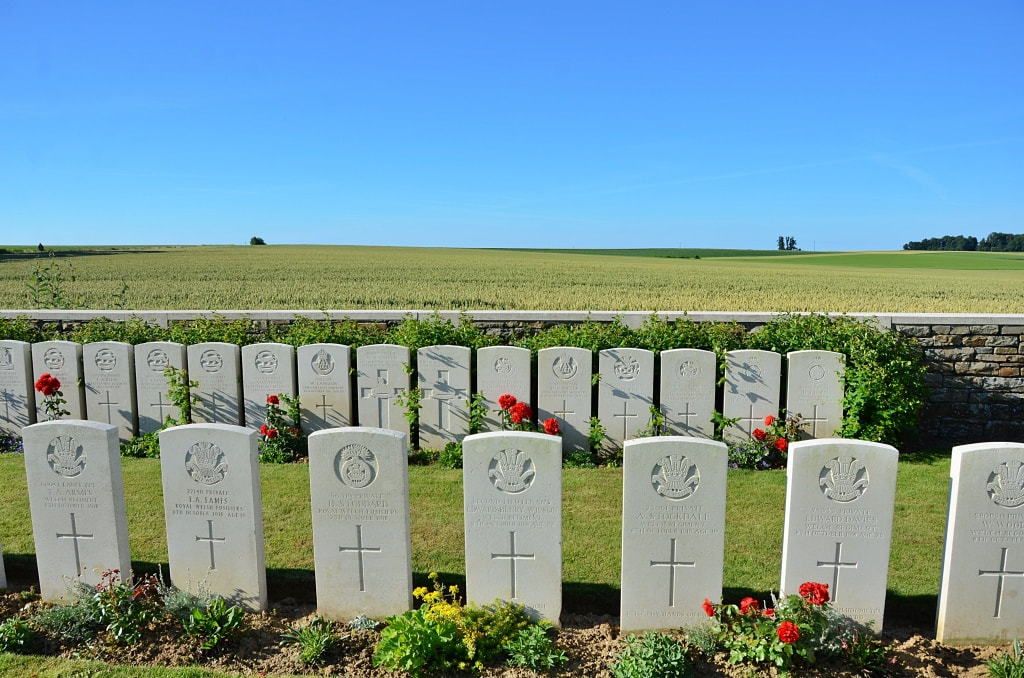 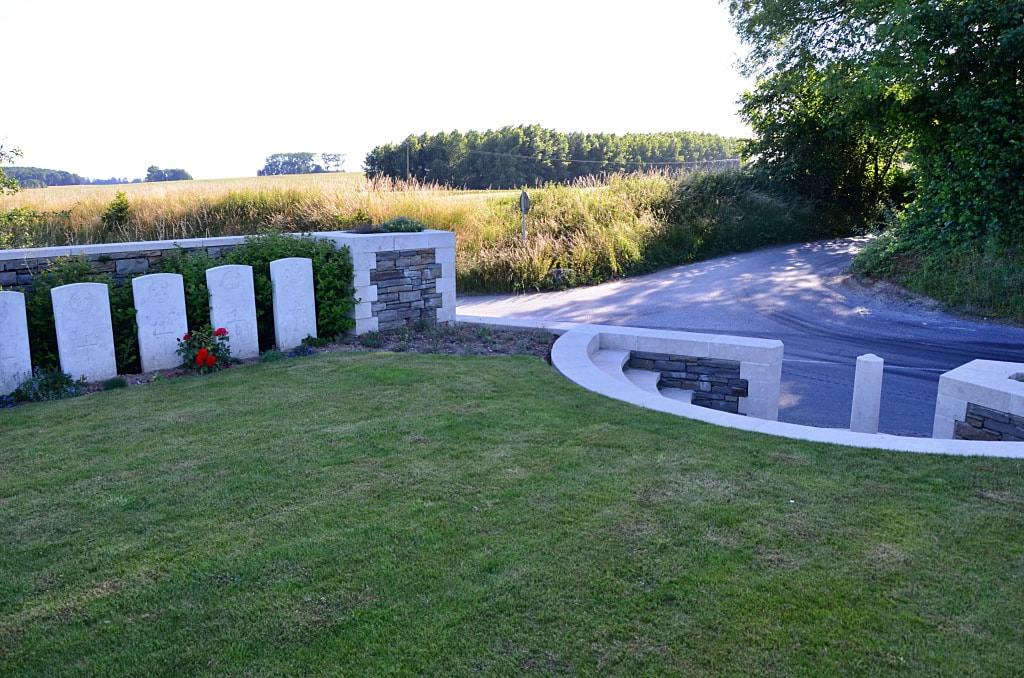