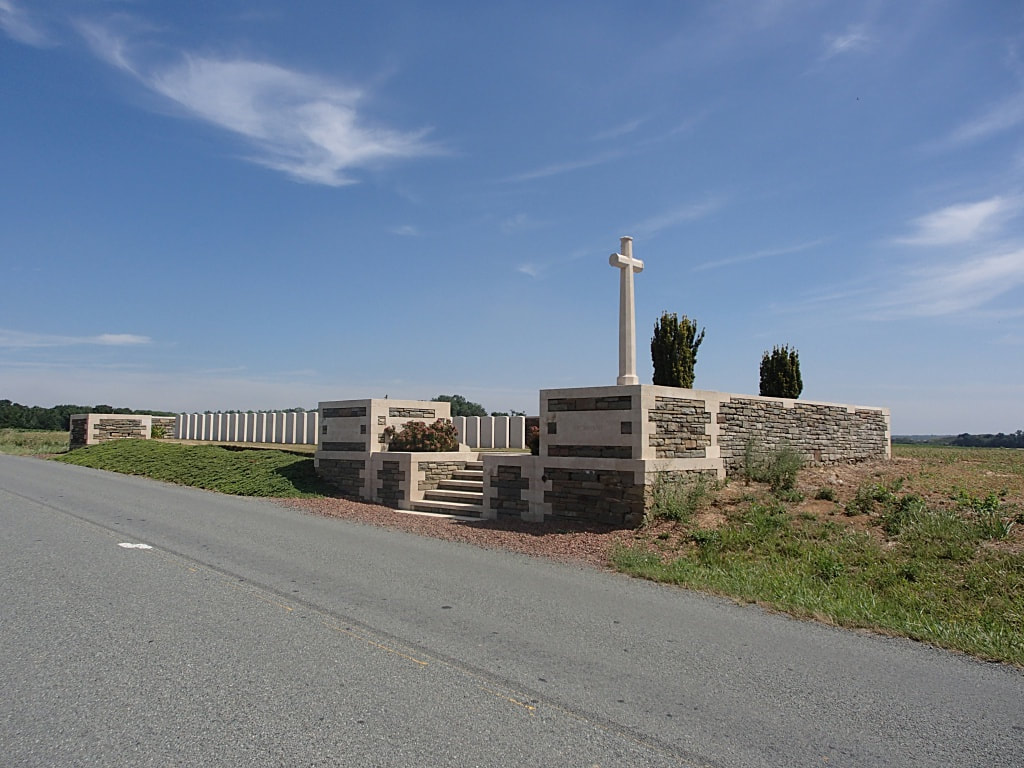 Villers-Outréaux is a village situated in the western part of the Department of the Nord, just adjacent to its southern most border, 20 kilometres south of Cambrai.

Moulin De Pierre British Cemetery is 3 kilometres north of Villers Outréaux and is built at the side of the D76, which connects Villers Outreaux with the village of Lesdain. The cemetery is signposted from near the village centre at the crossroads of the D76 and D16.

Villers-Outréaux was cleared by the 38th (Welsh) Division and Tanks, after heavy fighting, on the 8th October, 1918.

Moulin-de-Pierre British Cemetery is on the Chemin du Moulin-de-Pierre, a road going North from Villers-Outréaux and passing a stone mill whose ruins were used as a German machine-gun emplacement.

The Cemetery covers an area of 199 square metres and is enclosed by a stone rubble wall on three sides. 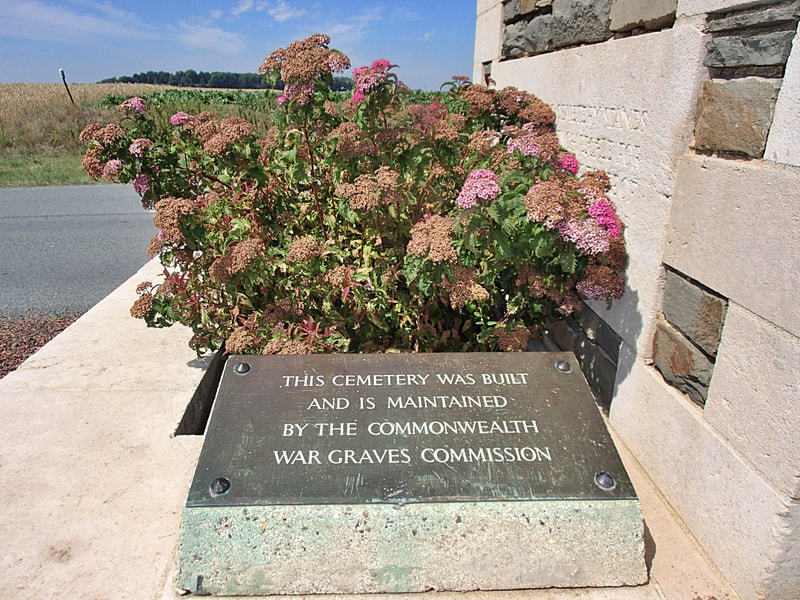 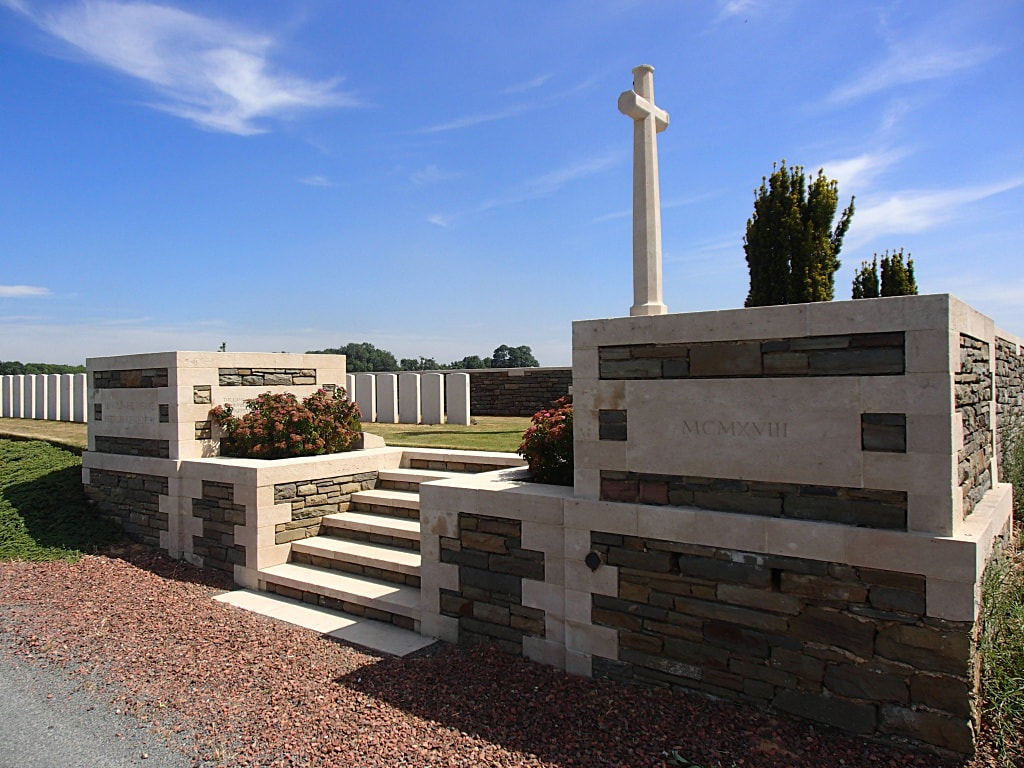 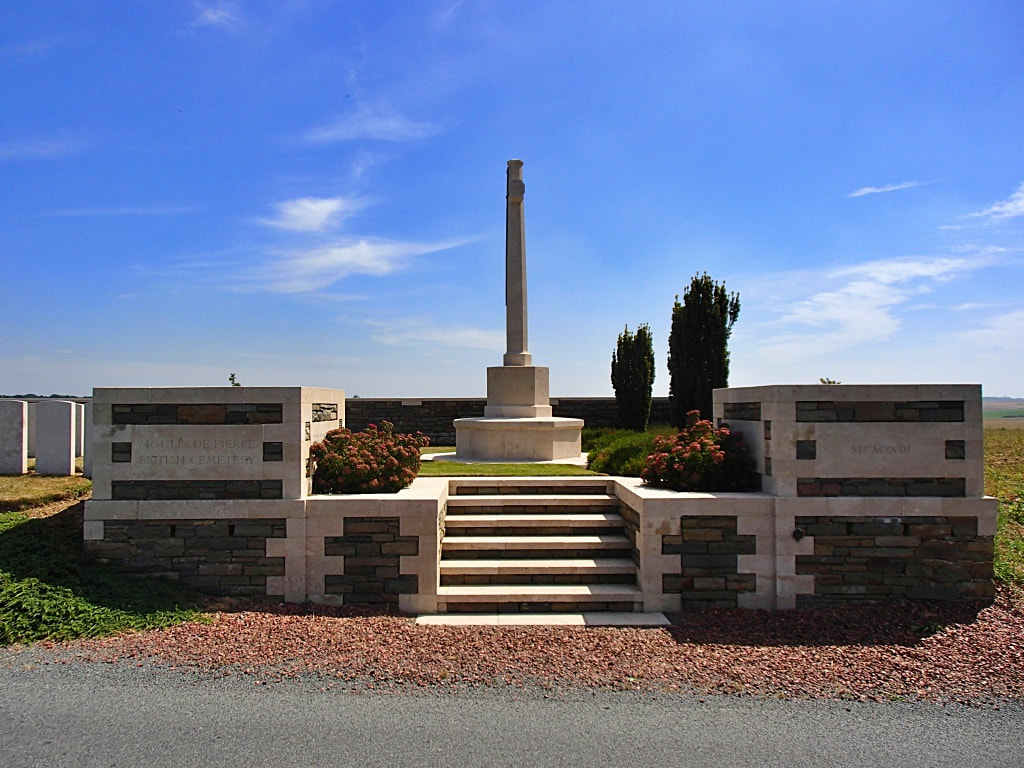 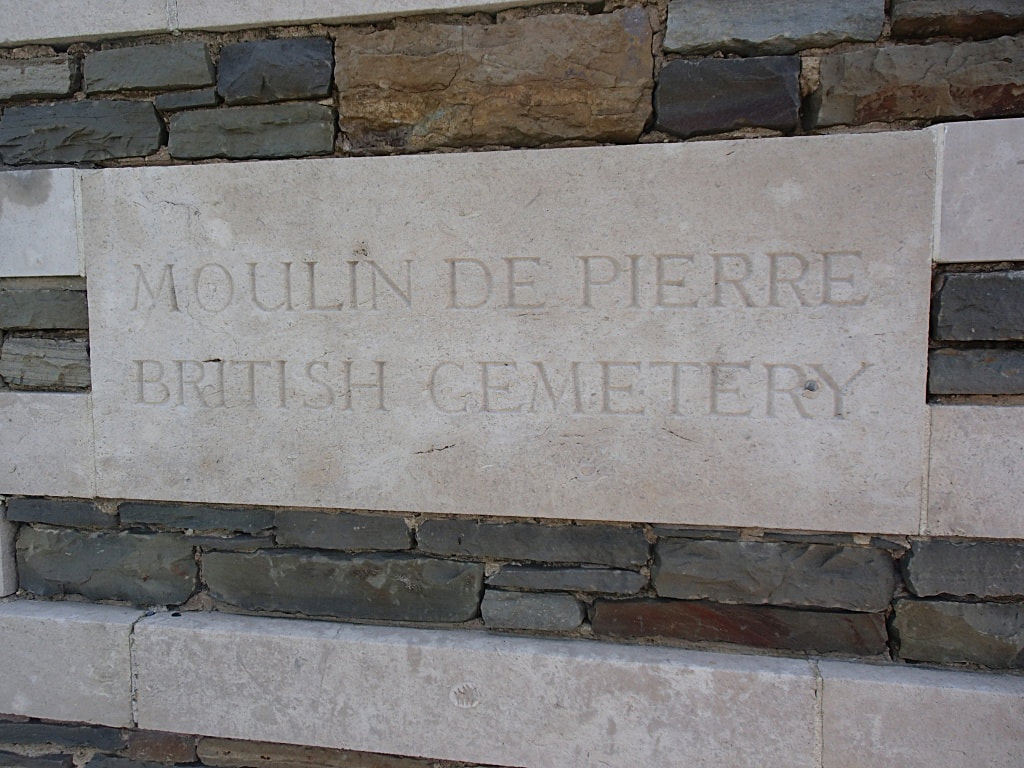 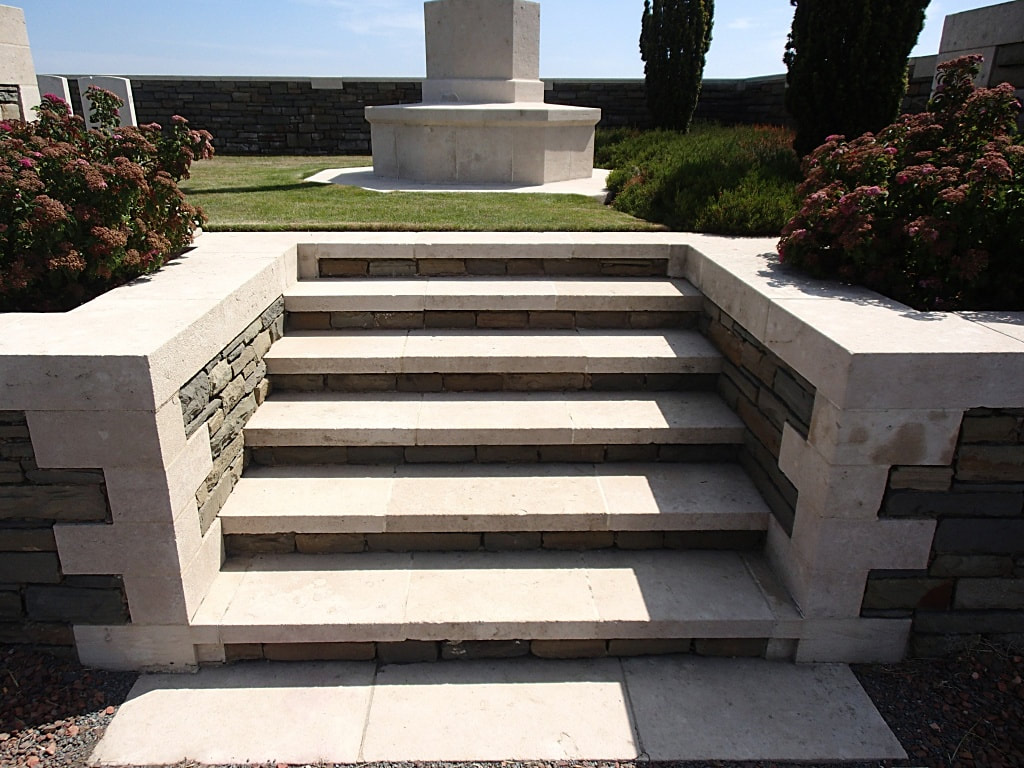 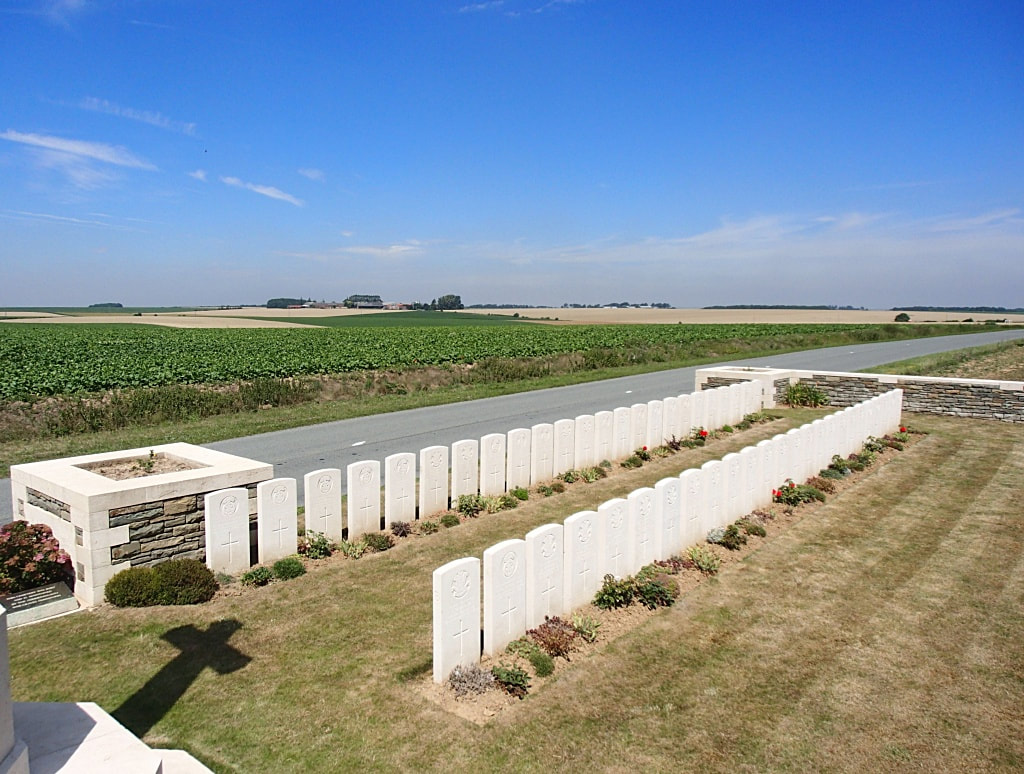 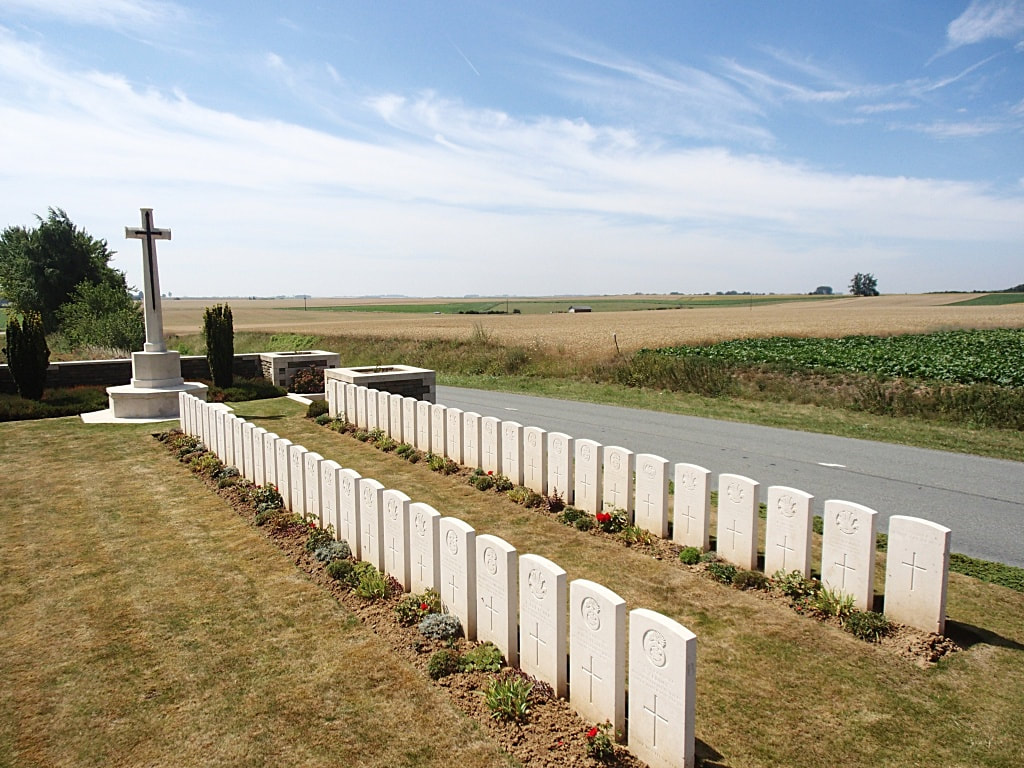 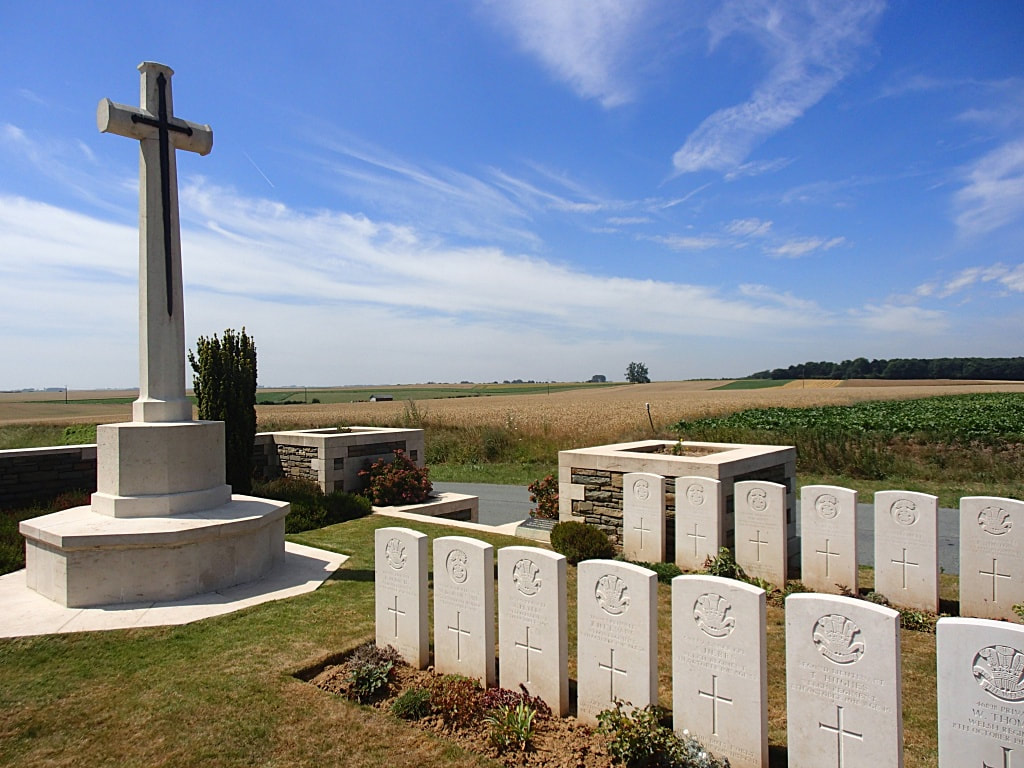 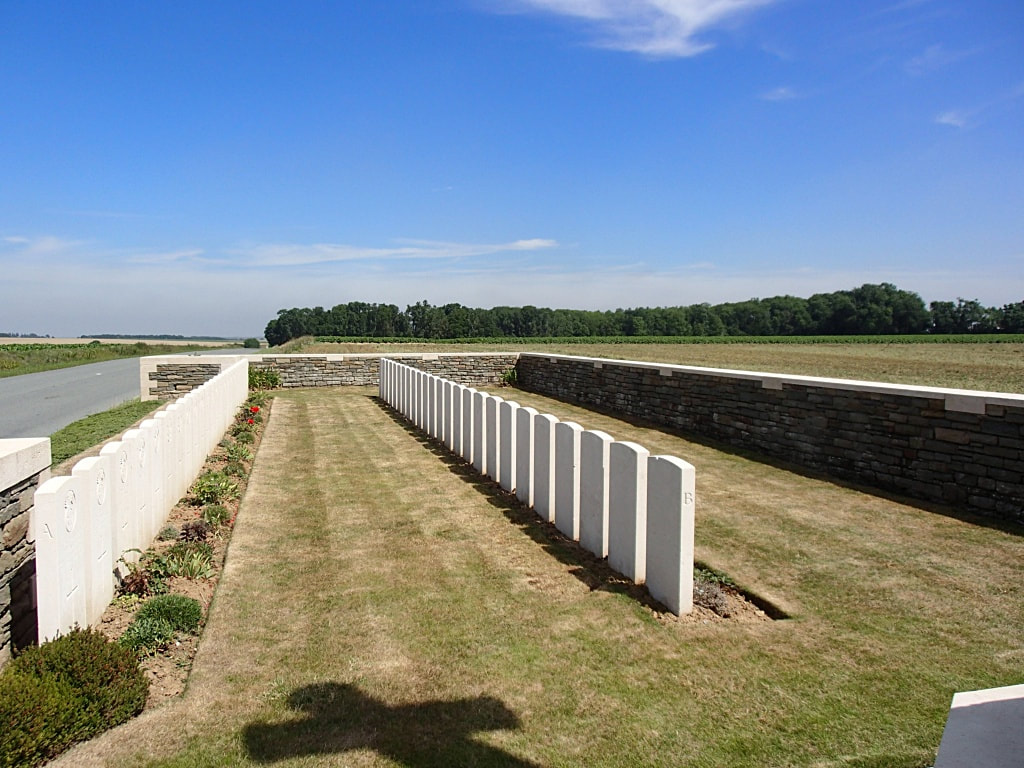 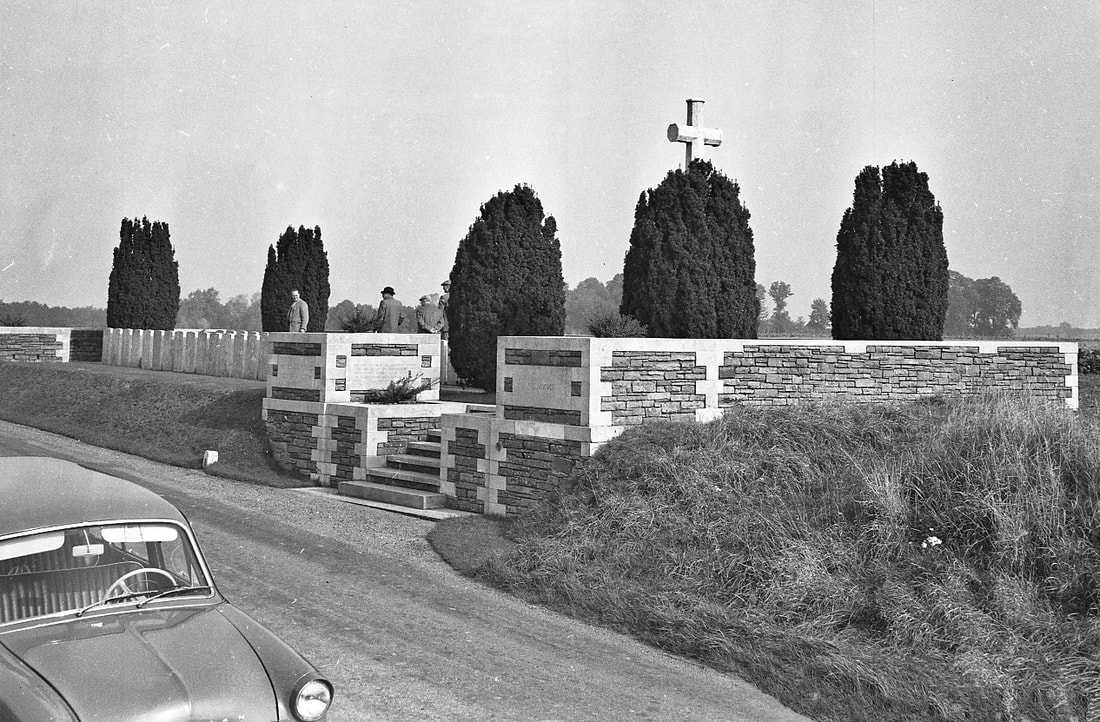 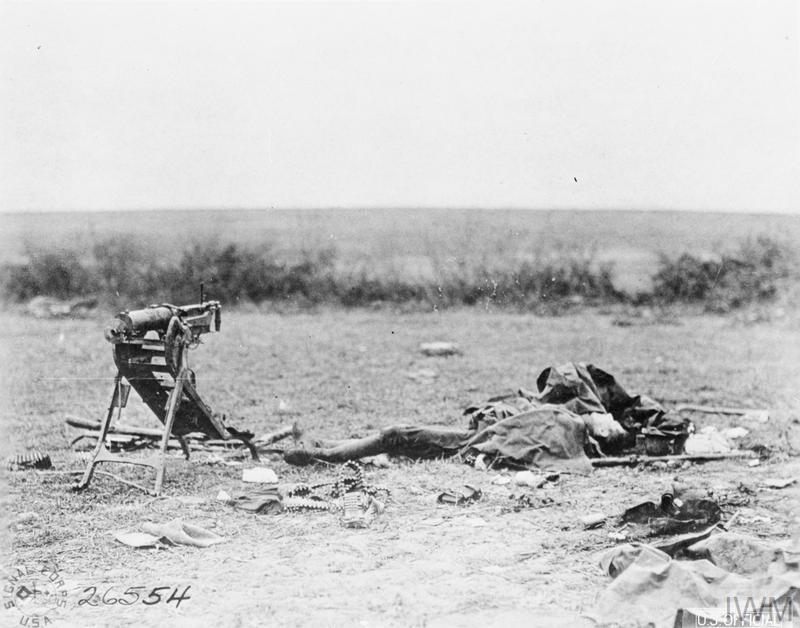 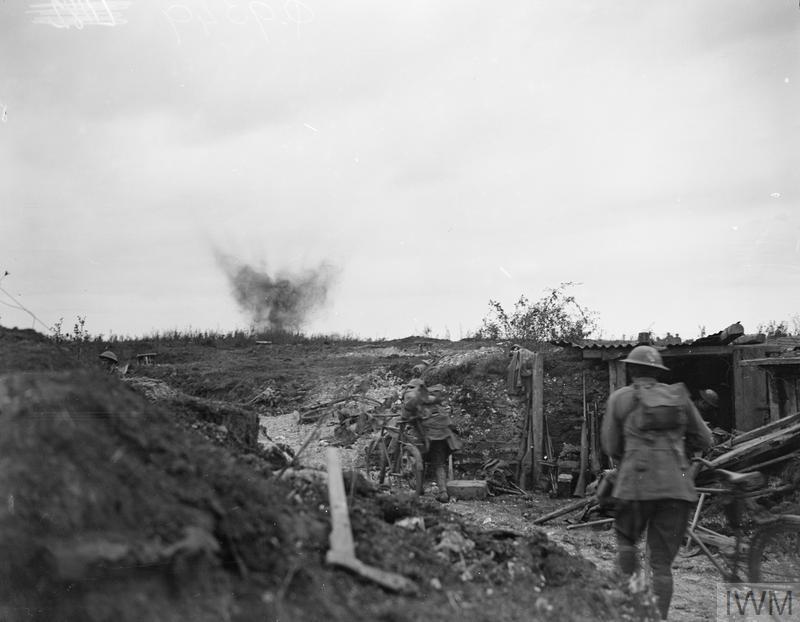 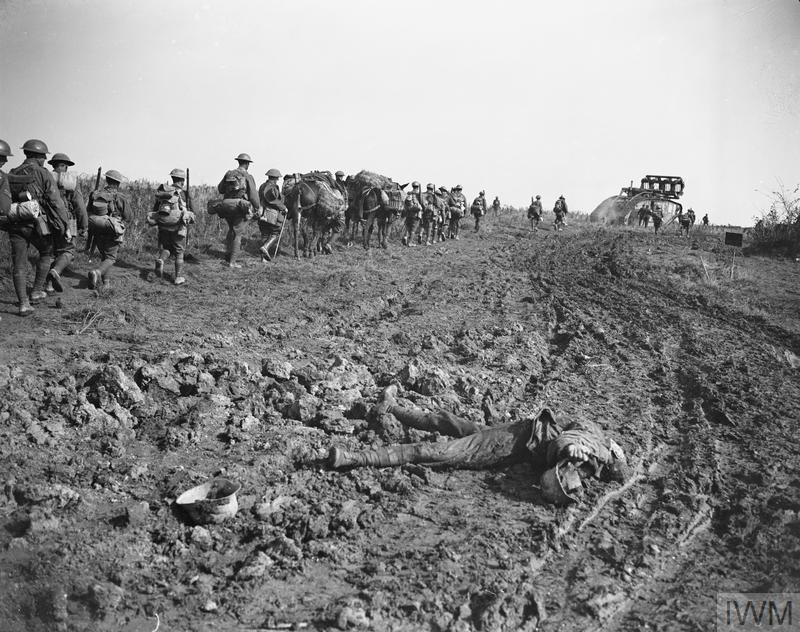 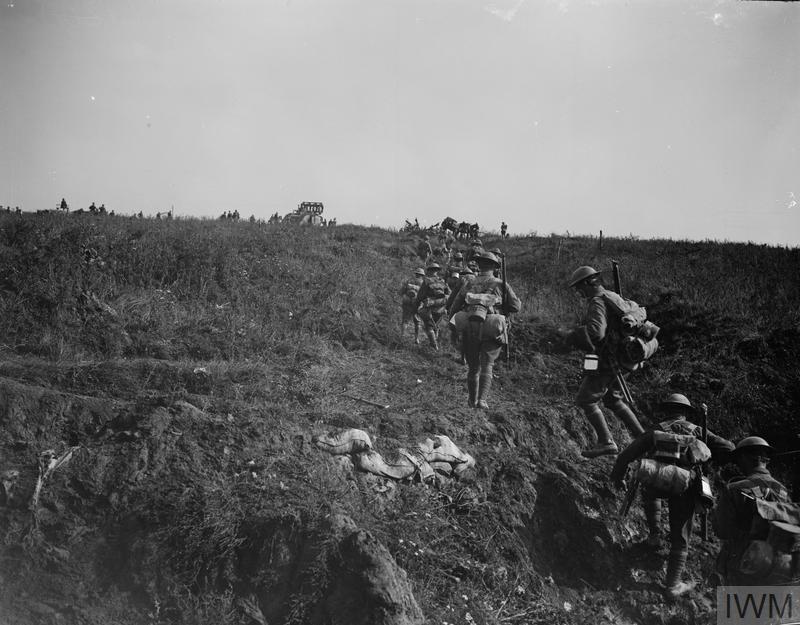 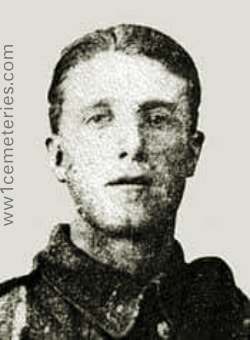 Inscription "Gone But Not Forgotten: 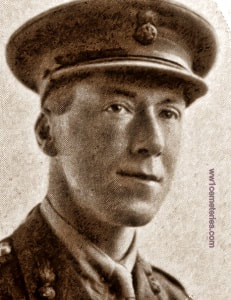 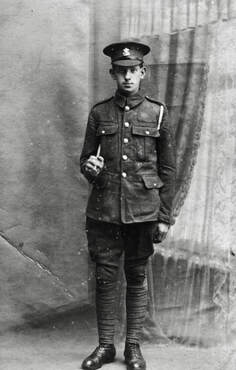 A joiner by trade, he attested on 7 June 1916 and was mobilised on 23 February 1917.
Originally joined 13th Battn Welch Regiment until being shipped back to England on 24 March 1918 with ICT (cellulitis?) of left hand.  After hospital treatment, convalescence and home leave was posted back to France on 26th August where he joined the 15th Battalion.   He took part in some heavy fighting (Gouzeaucourt, Ephehy, Havrincourt Wood) over the next 6 weeks before being killed in action on October 8th, 1918. 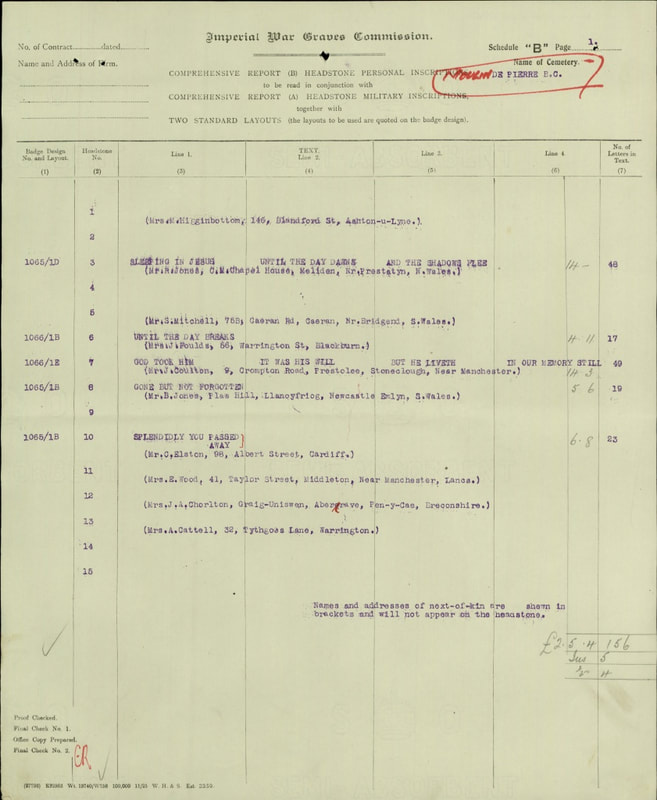 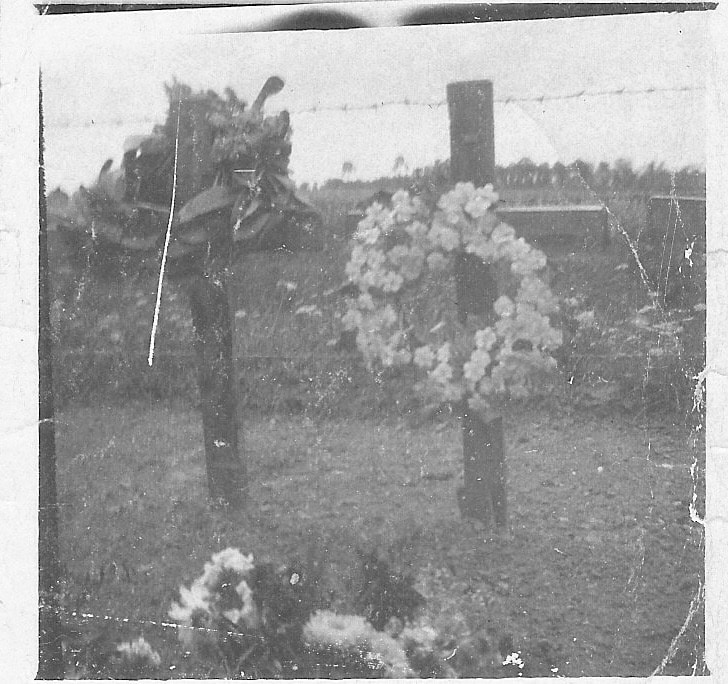 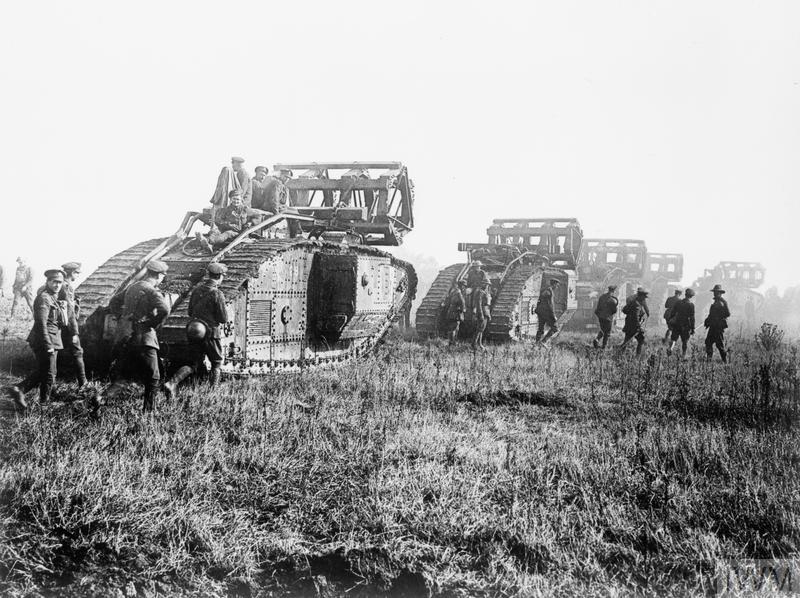 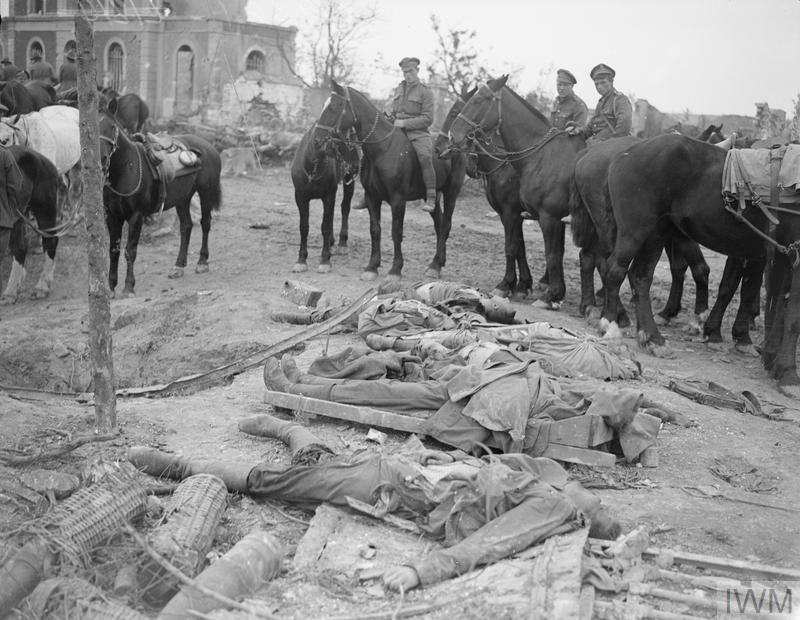 Battle of the St Quentin Canal (Saint-Quentin). British and Australian gunners watering their horses and and German dead being collected near Bellicourt, 4th October 1918. © IWM (Q 9381) 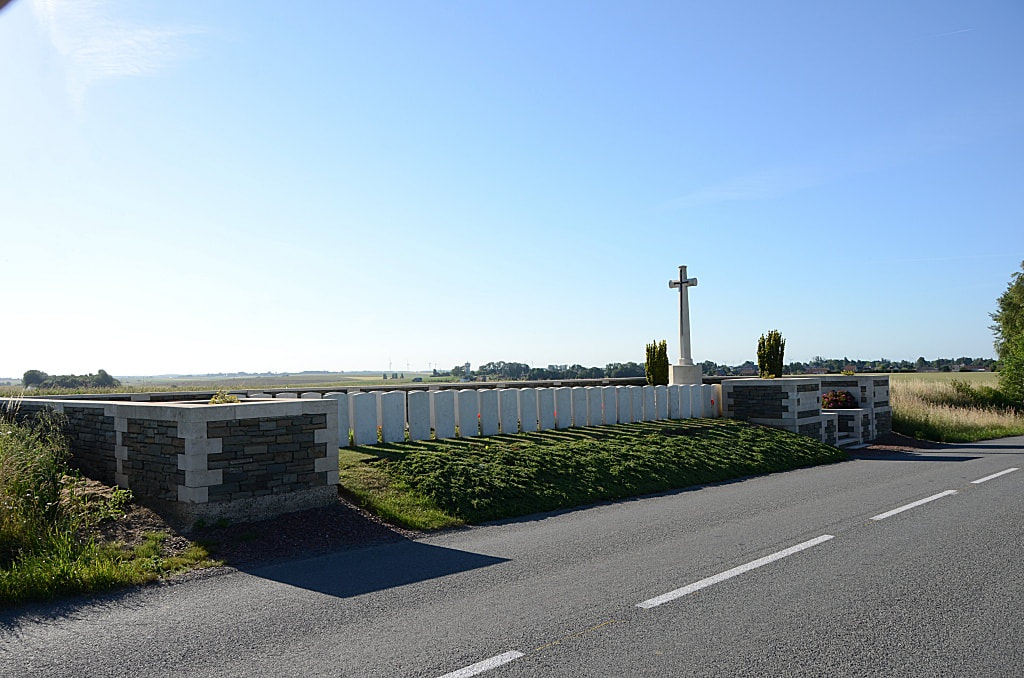 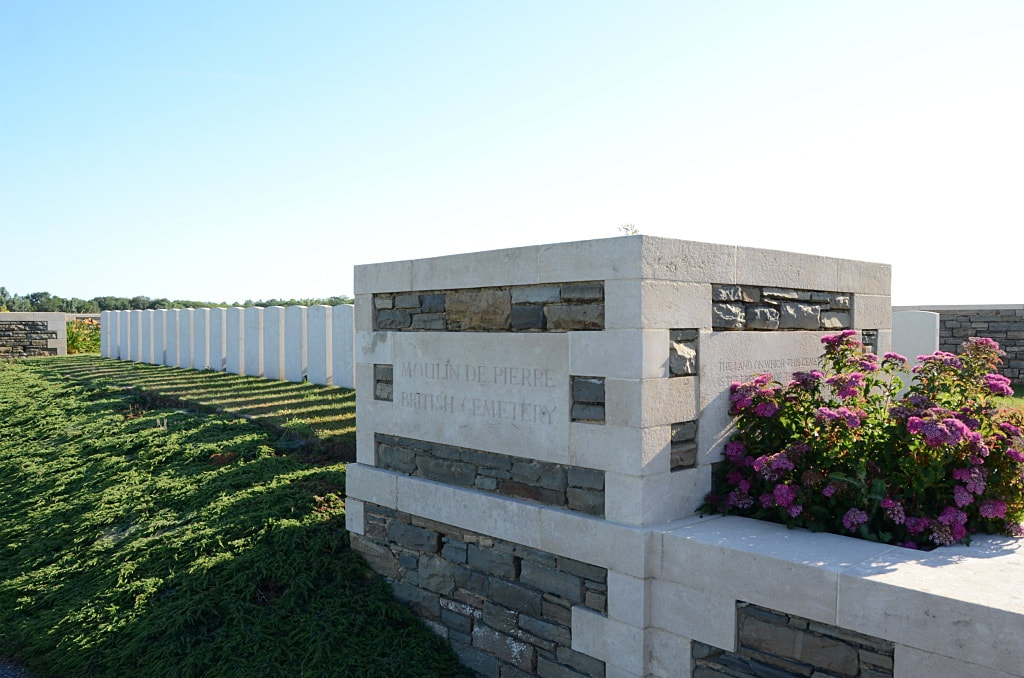 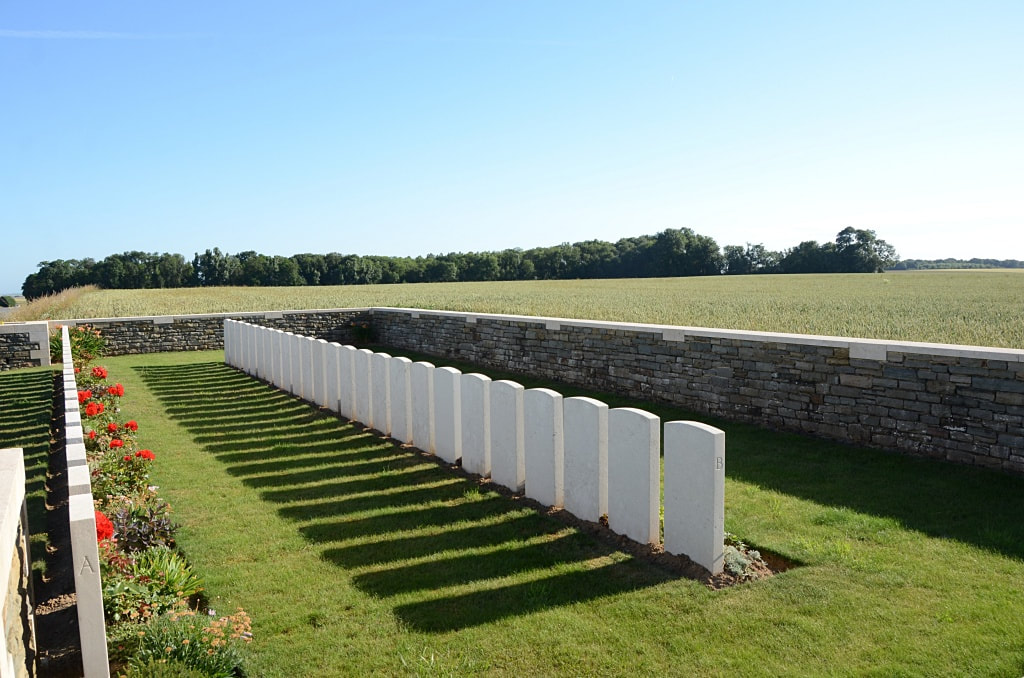 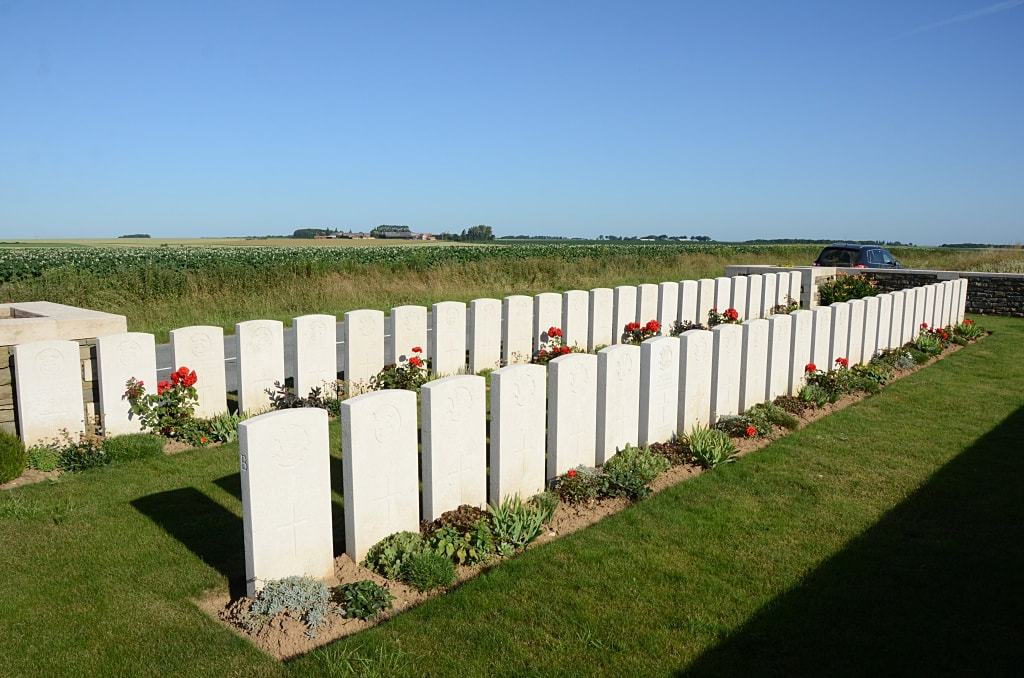 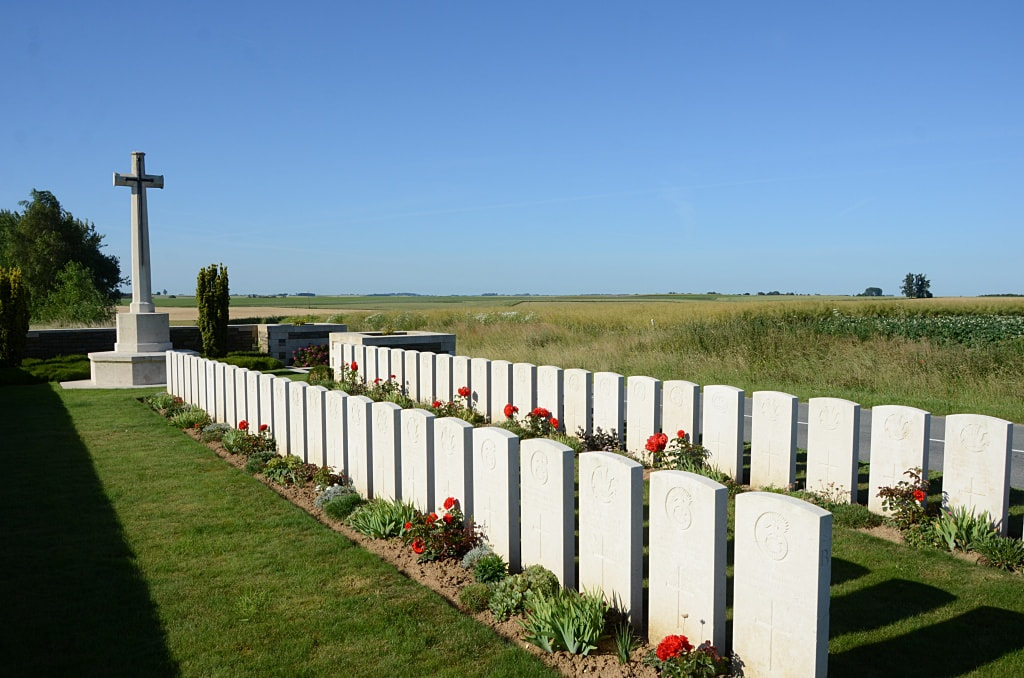