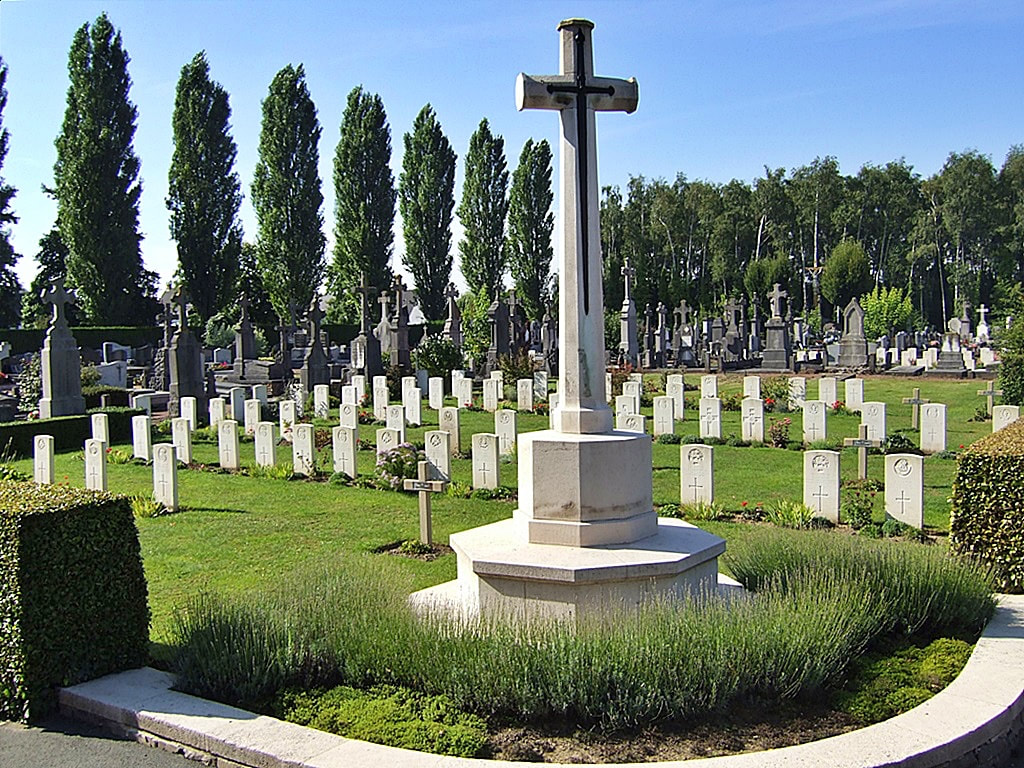 Bois-Grenier is a village in the department of the Nord, 3.5 kilometres south of Armentieres. The Communal Cemetery is at the southern end of the village.

Bois-Grenier remained in British hands, though close to the front line, from October 1914 to April 1918, and the earliest British burials were made in the Communal Cemetery.

There are now 121 Commonwealth burials of the 1914-18 war commemorated in this site. Of these, 8 are unidentified; three in Row K, were brought in after the Armistice, from the North side of the village. There are also 4 unidentified French burials here.

The British plots cover an area of 431 square metres.

​The Communal plot was designed by Arthur James Scott Hutton 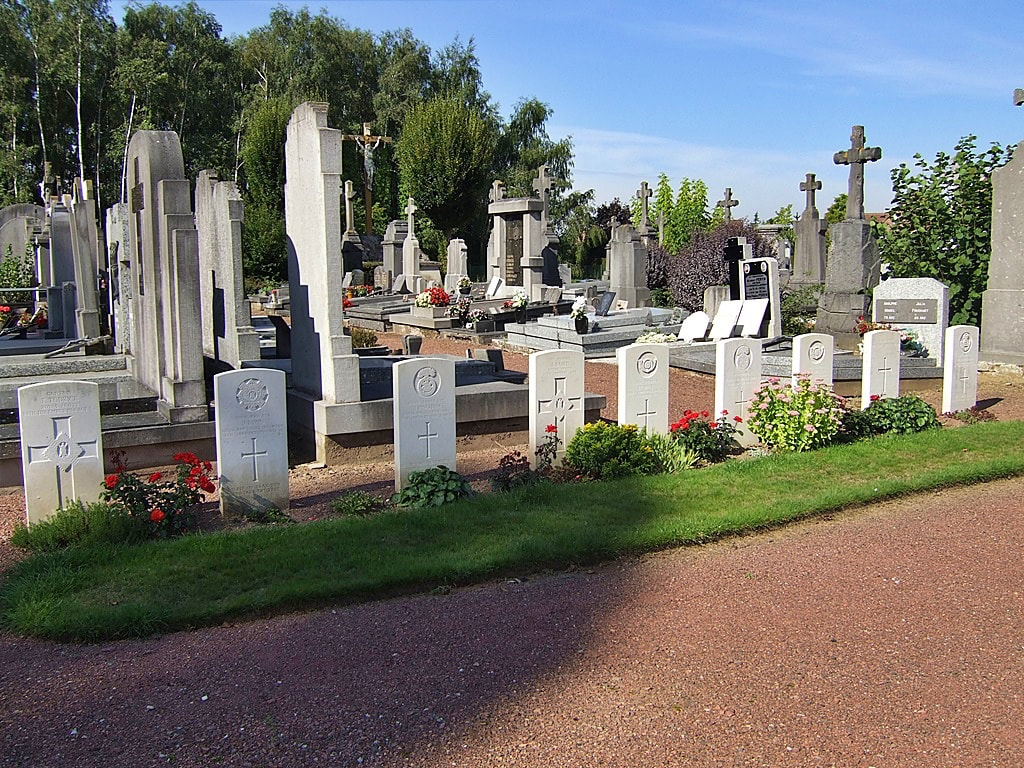 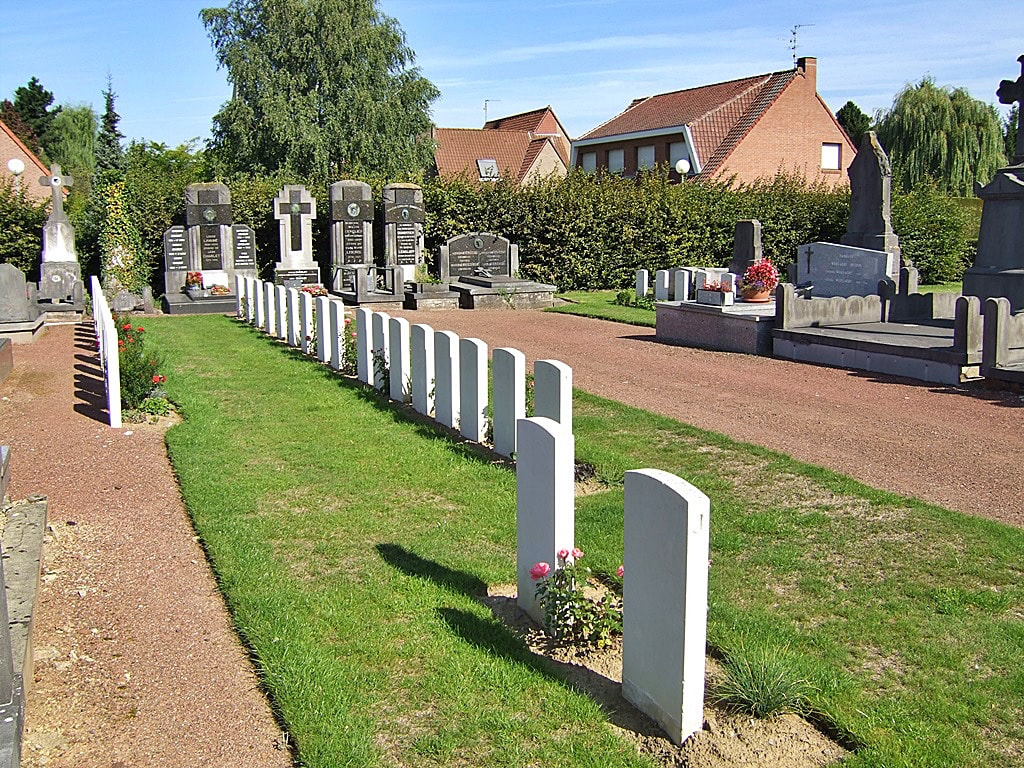 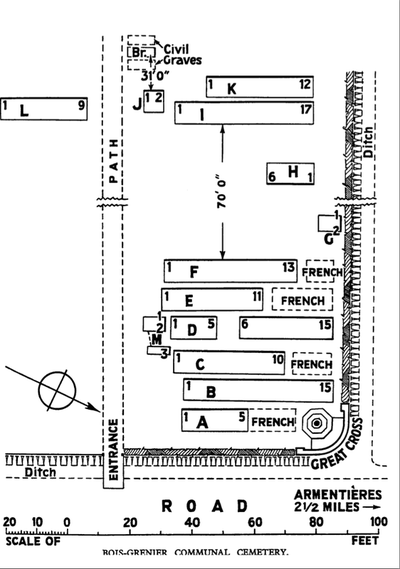 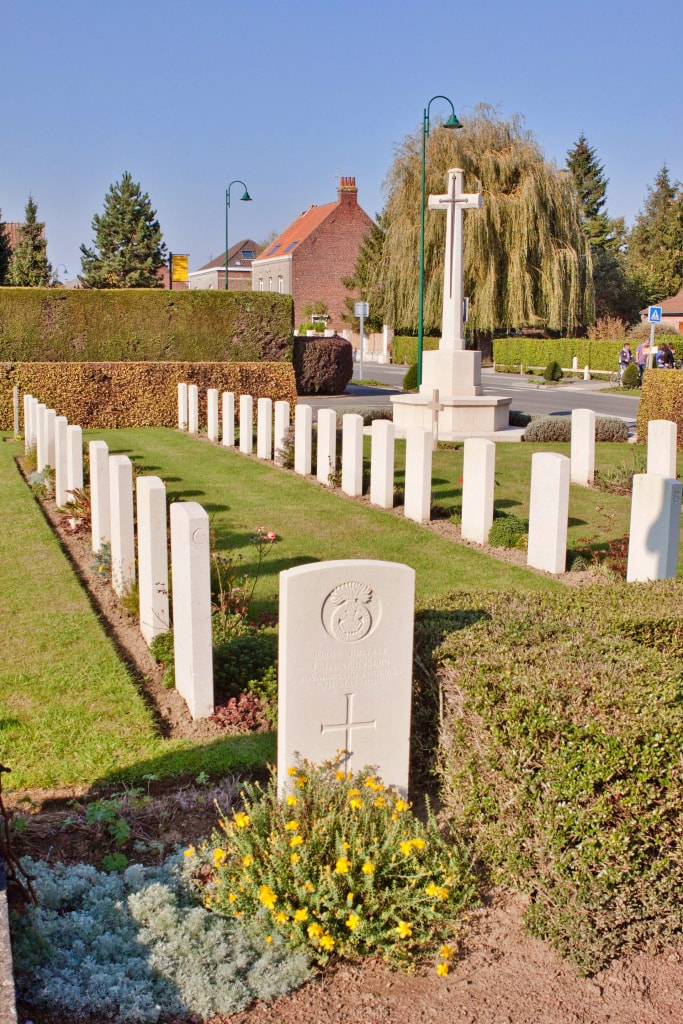 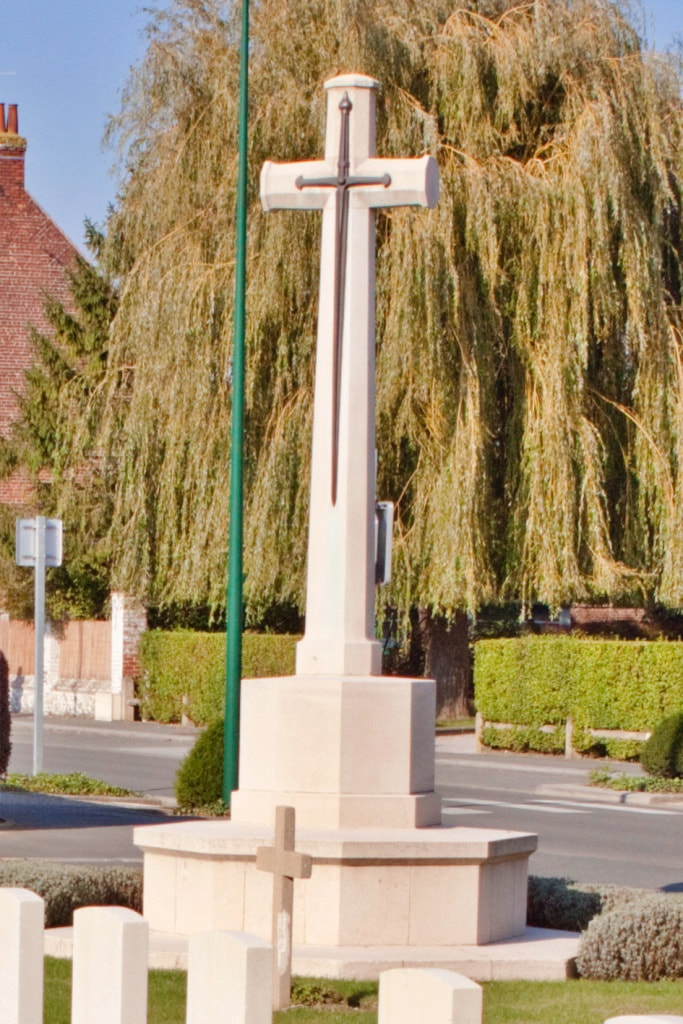 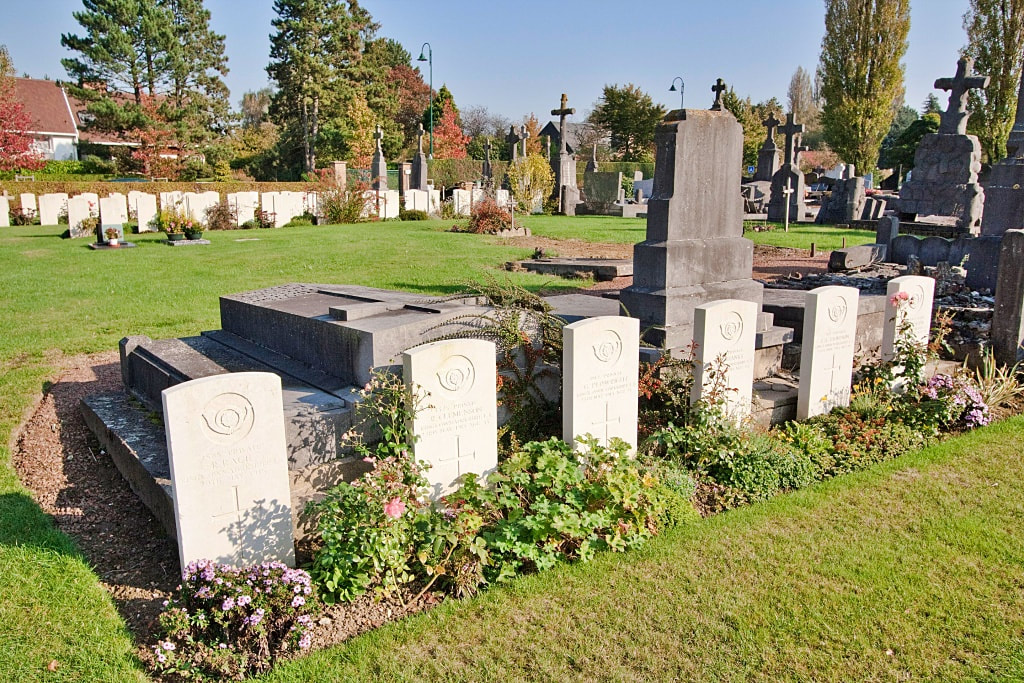 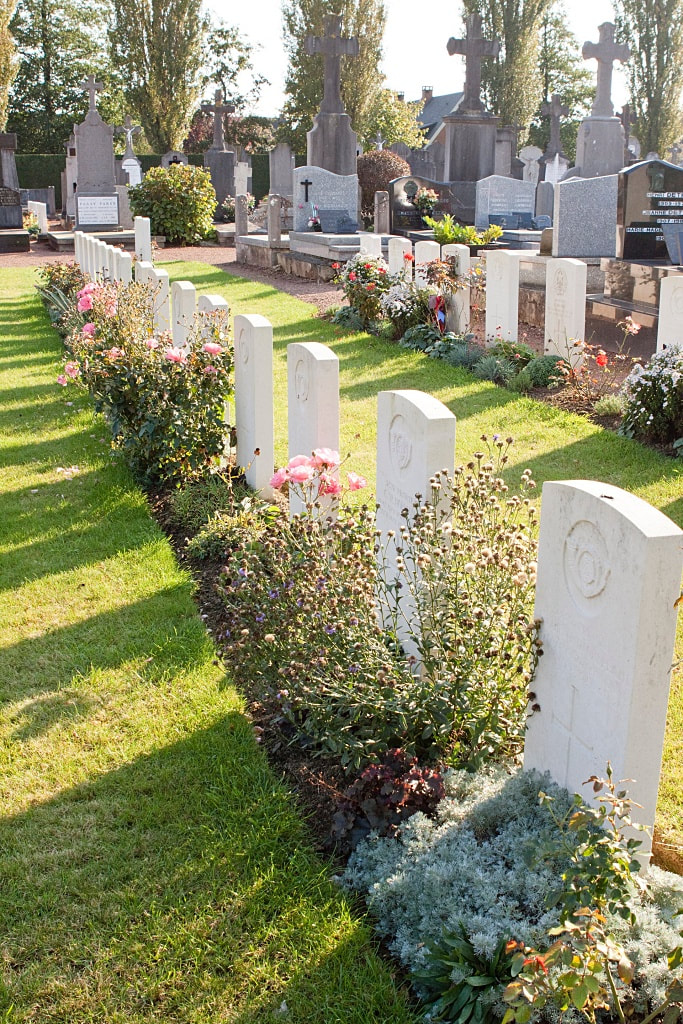 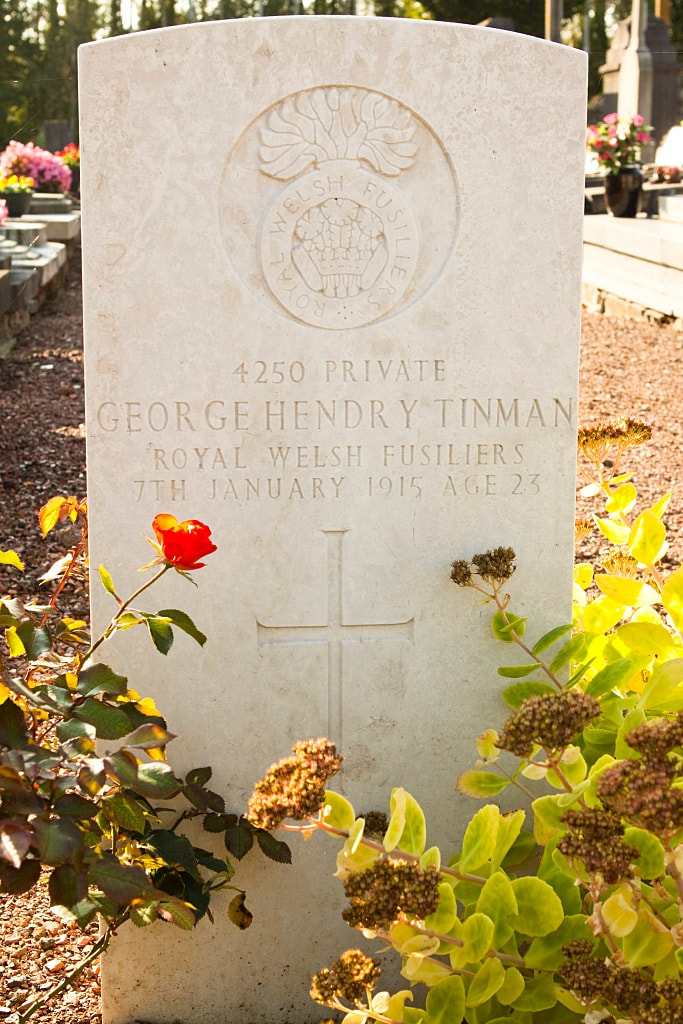 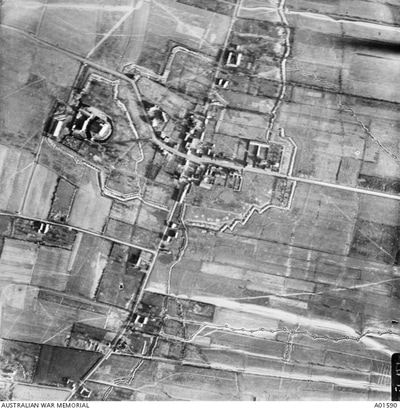 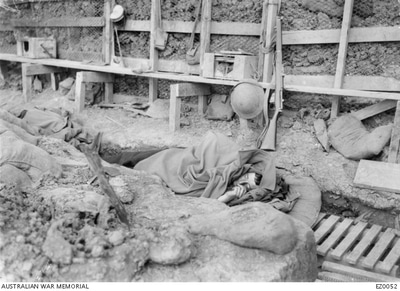 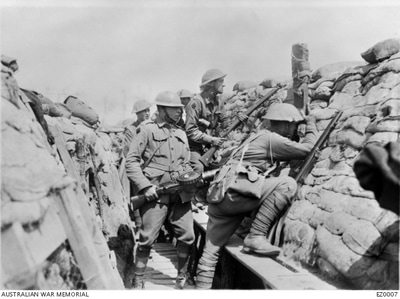 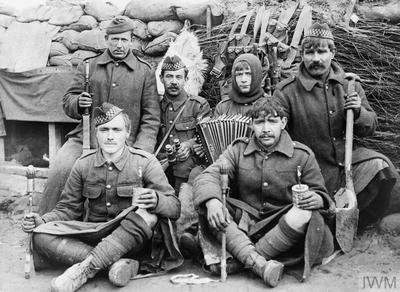 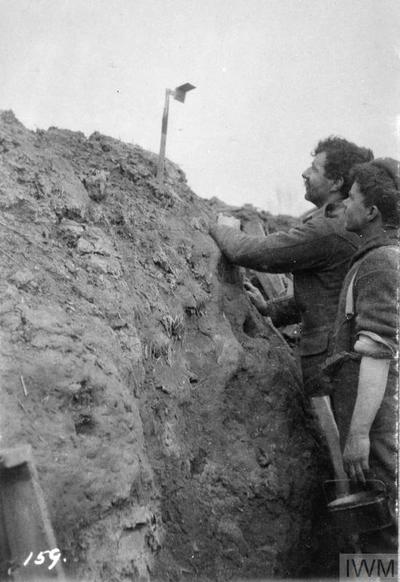 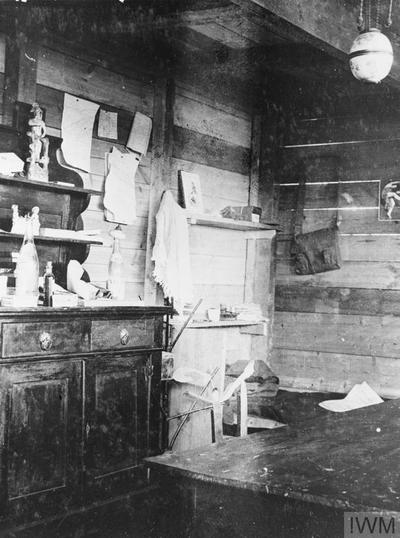 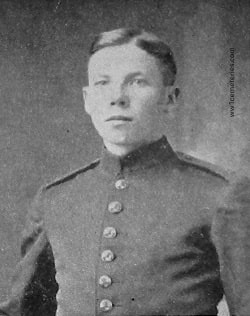 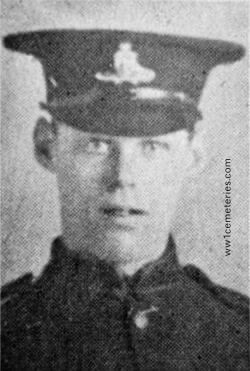 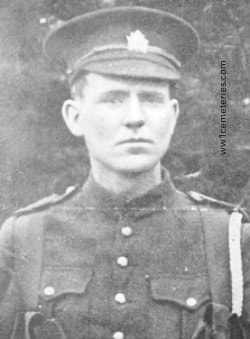 ​Son of Isaac Brisbois and his wife Alexina Laurin of Hearst, Ontario. Born at Sudbury, Ontario. 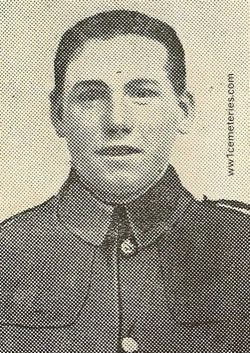 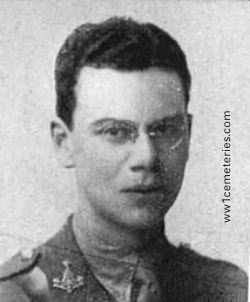 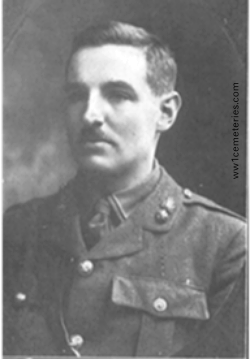 Son of Charles Robert Leslie Fletcher and Katharine Fletcher, of Norham End, Oxford. Served in France from 13th Aug., 1914. His brother Reginald William Fletcher was killed in Belgium and is commemorated on the Menin Gate Memorial at Ypres. 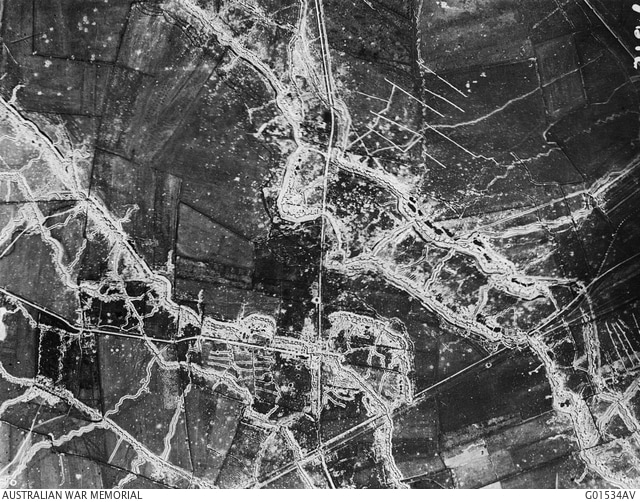 An aerial view of Corner Fort, a prominent feature in the German frontline trenches, south of the village of Bois Grenier, British Military Map reference, 36.N.6. In this photograph the British held territory comes from the top of the photograph down to the frontline trenches with Corner Fort, the smaller of the two protrudings into no-mans-land, in the German frontline trenches on the very bottom of this photograph. The relative absence of shell craters suggests this photograph might have been taken before the British attacks during the Battle of Loos in September 1915, when the British 8th Division attacked German position in this area. In 1916 this part of the British frontline in front of Armentieres was held by I Anzac Corps. On the night of 30 June-1 July 1916 a raiding party of an officer and 10 men from the 4th Battalion were to mount a raid on the German positions to assess the effect of gas to be released by one of the Special Units of the Royal Engineers. However, the wind was unsuitable and the raid cancelled. On 17 December 1916 a party of four officers and 182 men from the 4th Battalion, New Zealand Rifle Brigade, successfully raided the German trenches at Corner Fort capturing a number of German prisoners. This sector of the British frontline is where Australians first saw action in France. 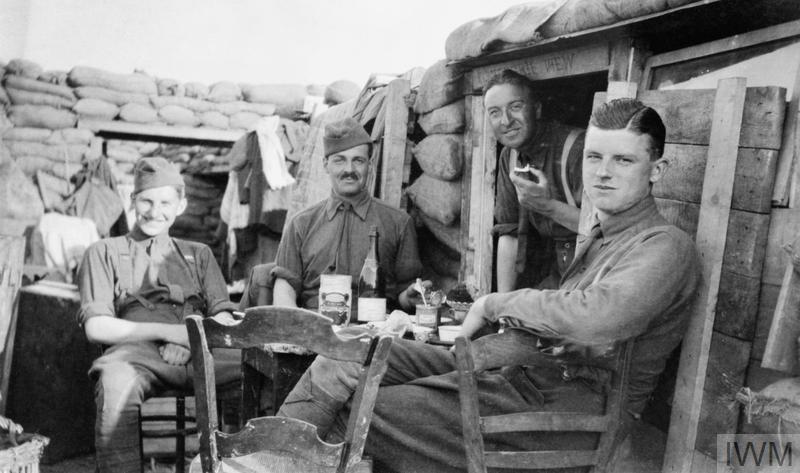 Officers of the 'C' Company, 1st Battalion, Cameronians (Scottish Rifles) taking a tea break in the trenches at Grande Flamengrie Farm on the Bois-Grenier sector of the line in May 1915. © IWM (Q 51632) 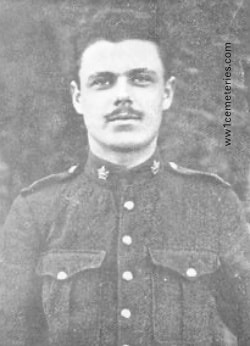 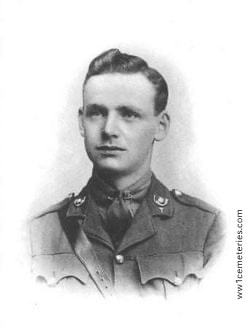 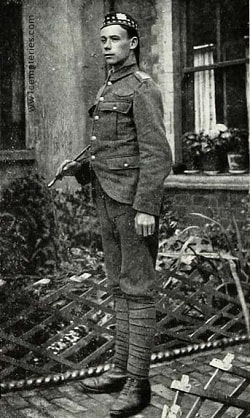 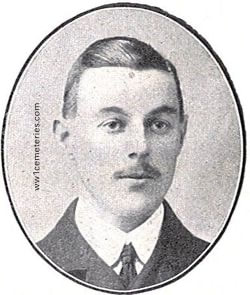 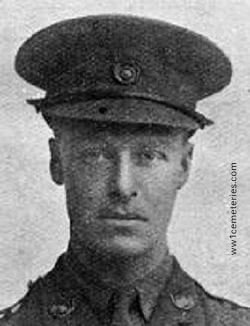 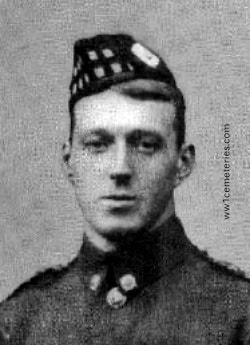 His headstone bears the inscription "Psalm 144" 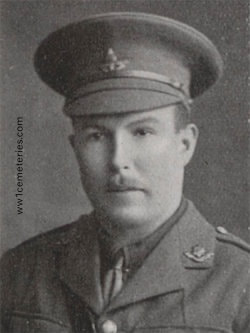