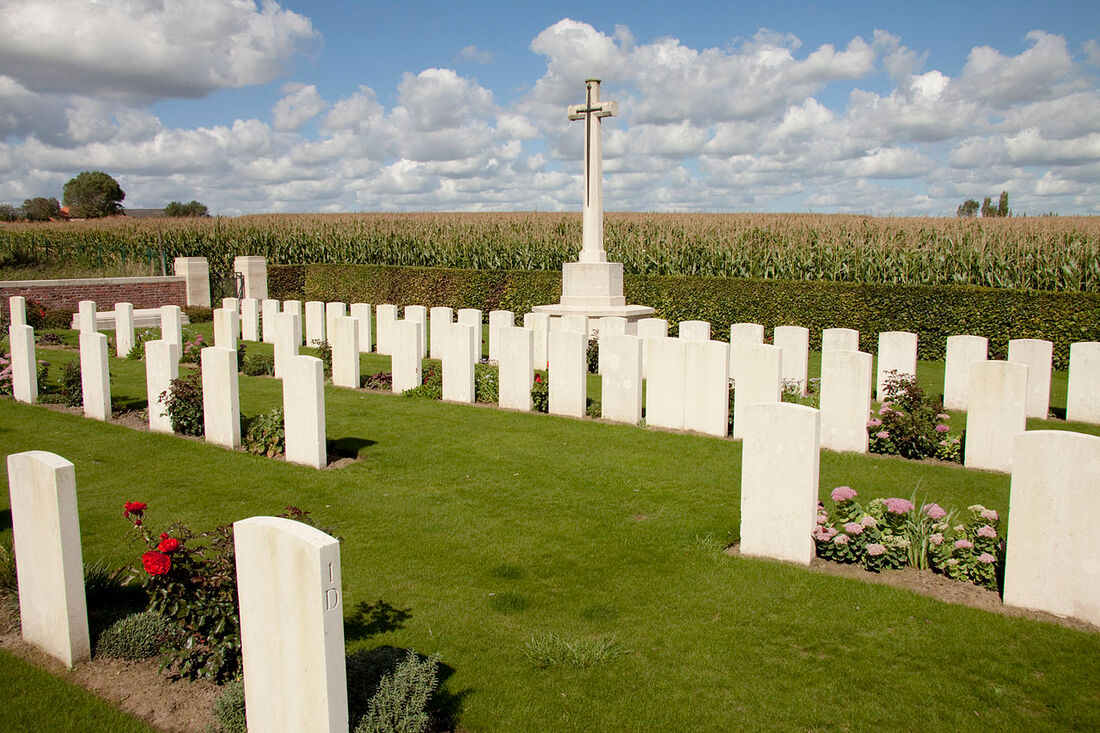 Cabin Hill Cemetery is located 8.5 km south of Ieper town centre on a road leading from the Rijselseweg (N365) connecting Ieper to Wijtschate and on to Armentieres.

From Ieper town centre the Rijselsestraat runs from the market square, through the Lille Gate (Rijselpoort) and directly over the crossroads with the Ieper ring road. The road name then changes to the Rijselseweg, (N336).

After 4 km the N336 road forks with the N365 towards Wijtschate. On passing through the village of Wijtschate, there lies a left hand turning onto a street called Langebunderstraat. Langebunderstraat leads towards Torreken Farm Cemetery and beyond reaching a crossroads after 1.5 km Cabin Hill Cemetery is located 100 metres beyond the crossroads, having taken the left hand turning.

Visitors this site should note a small grassed access path to this cemetery which is unsuitable for vehicles.

Wytschaete (now Wijtschate) was taken by the Germans early in November 1914. It was recovered by Commonwealth forces during the Battle of Messines on 7 June 1917, but fell into German hands once more on 16 April 1918. The village was recovered for the last time on 28 September.

Cabin Hill Cemetery was begun by the 11th Division in June 1917 and used as a front line cemetery until March 1918. 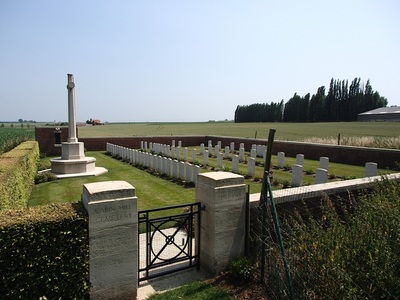 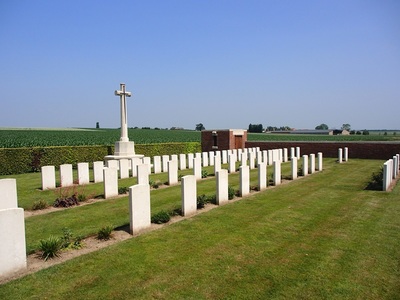 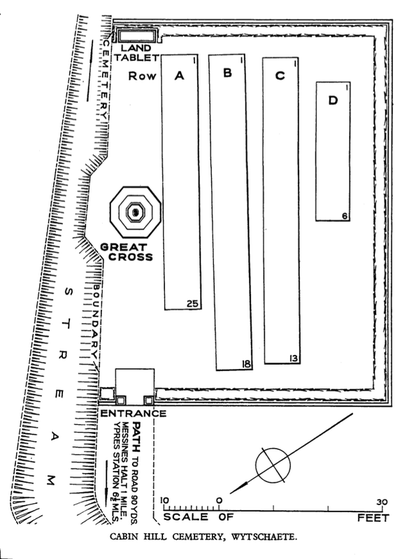 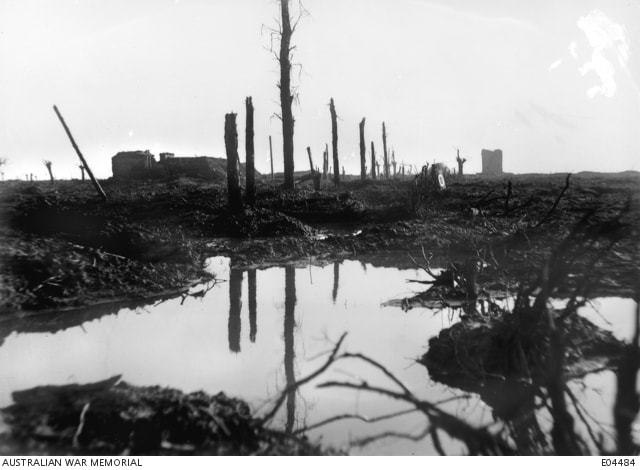 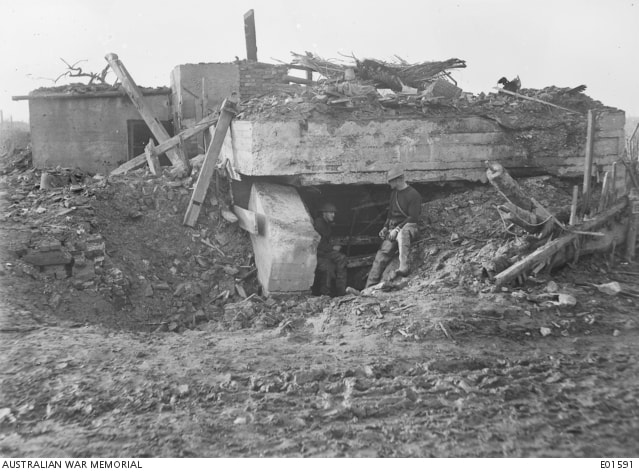 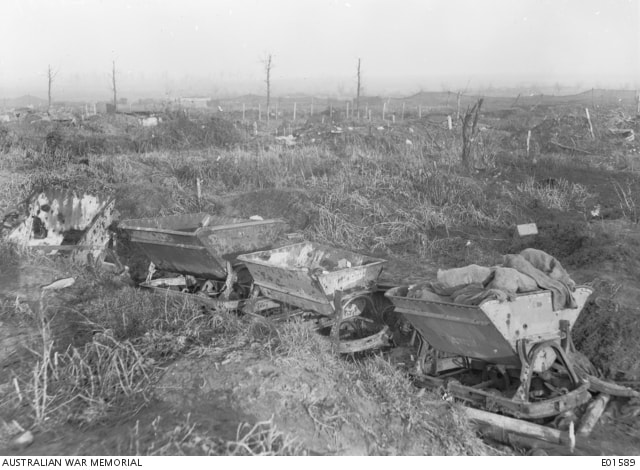 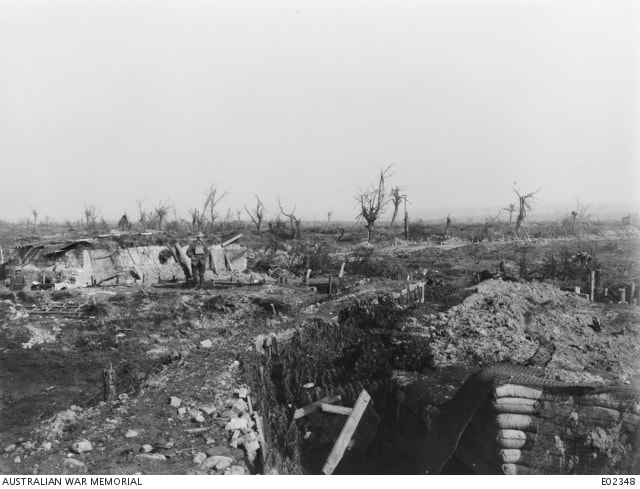 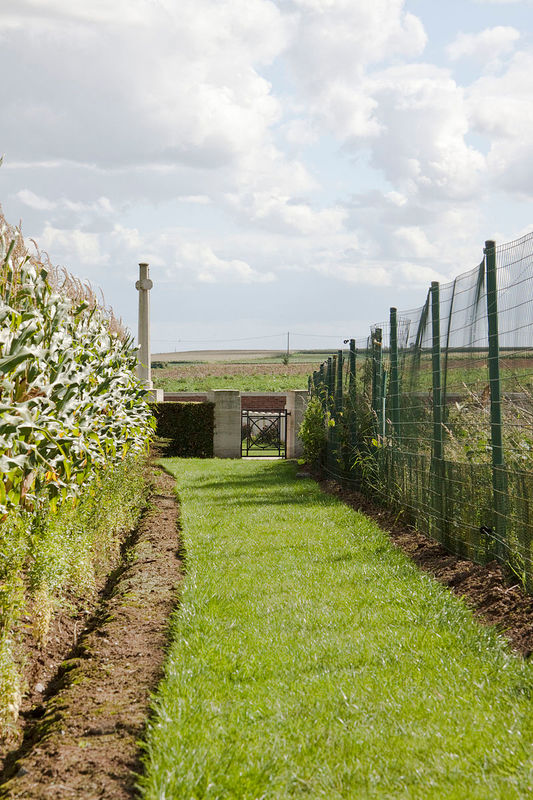 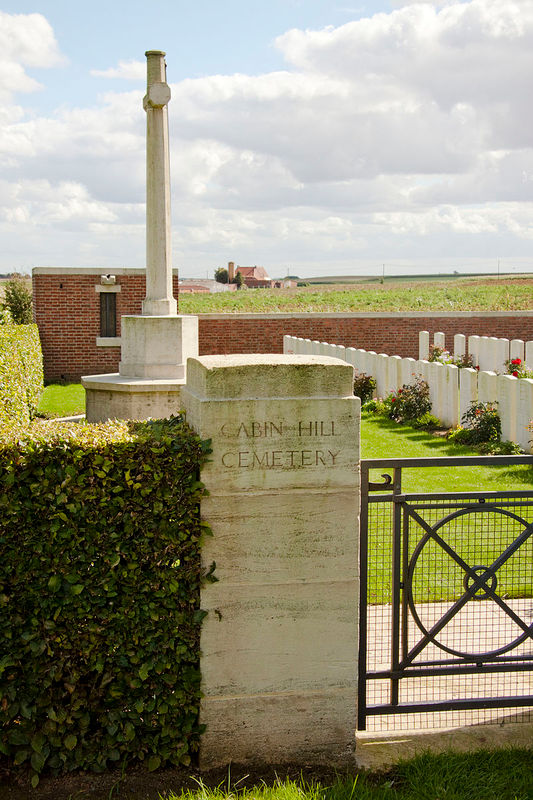 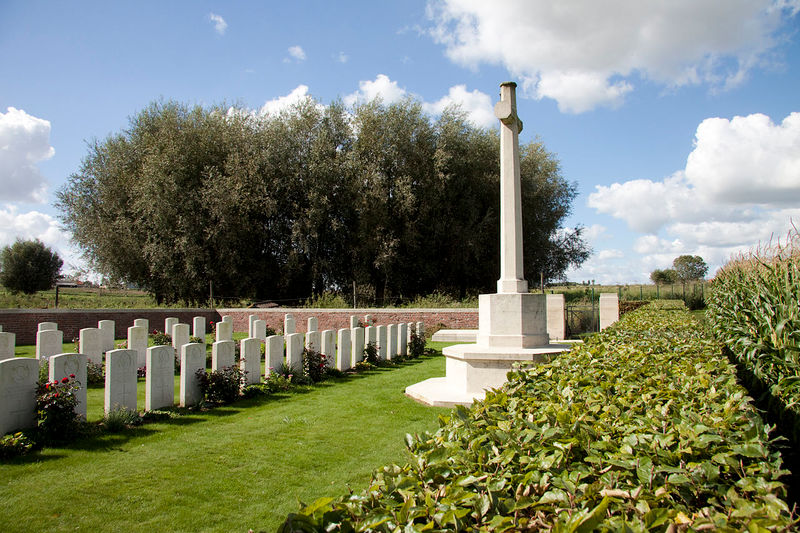 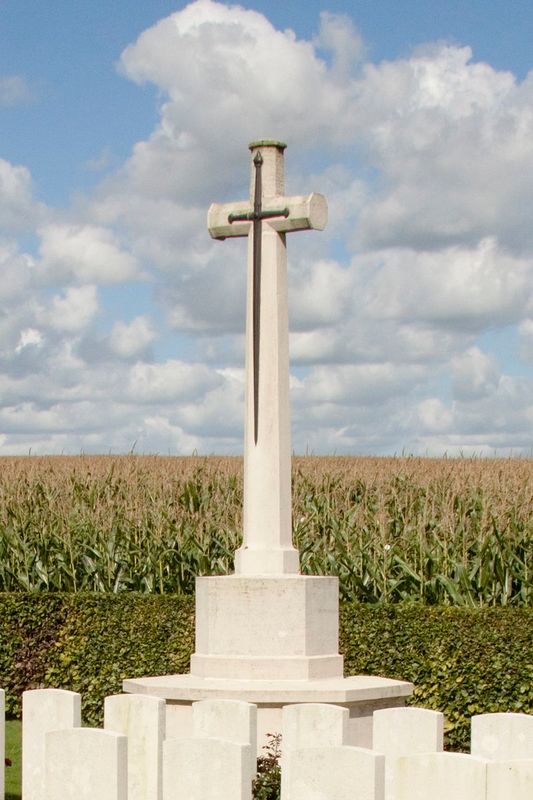 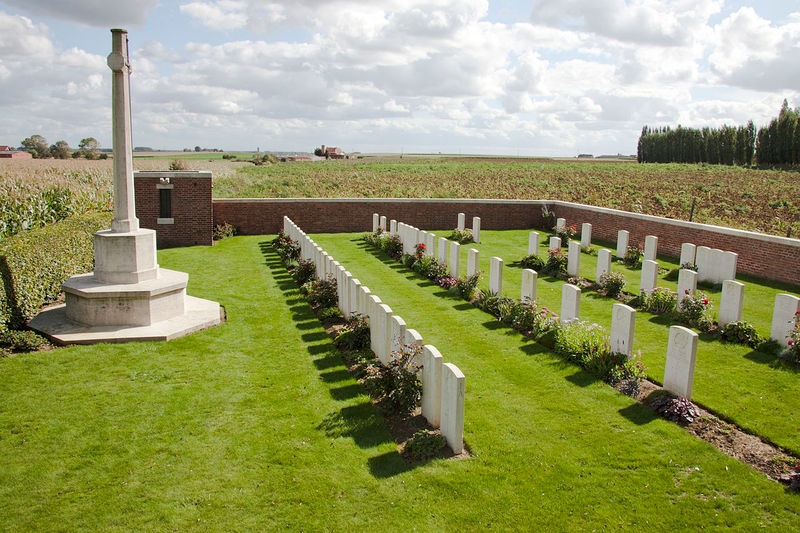 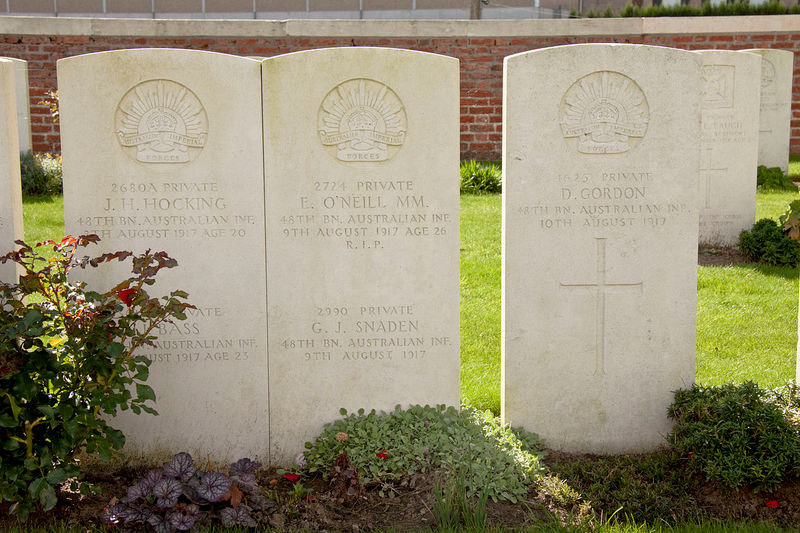 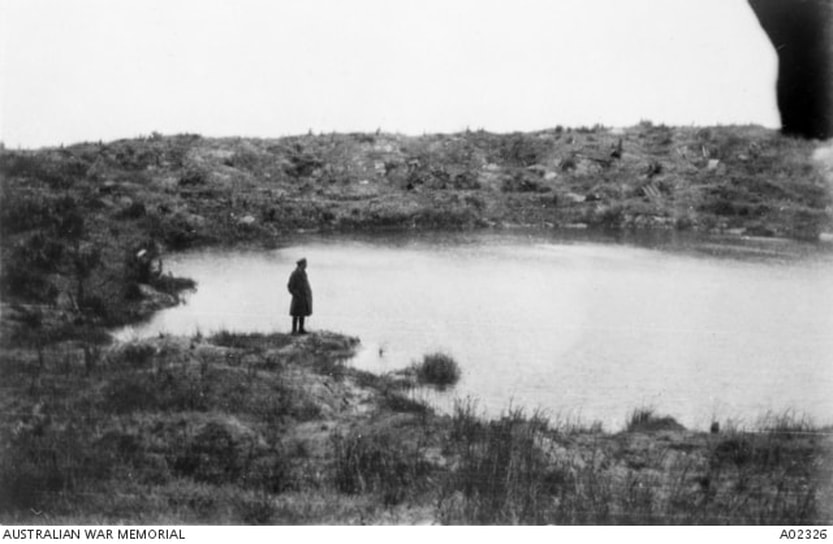 June 1917: A soldier standing next to a water filled mine crater near Wytschaete, which was blown up by Australian Engineers at the commencement of the Battle of Messines.

​From Geelong, Vic. Prior to enlistment in May 1917, Pte Bartlett was employed as a gardener, and also served for nine years as a volunteer at the Garrison Artillery, Geelong. He embarked with the 9th Reinforcements from Sydney aboard HMAT Port Melbourne (A16) on 16 July 1917. Pte Bartlett was killed in action at Messines, Belgium on 13 March 1918, aged 29. He is buried at the Cabin Hill Cemetery, Wytschaete Sector in Belgium. 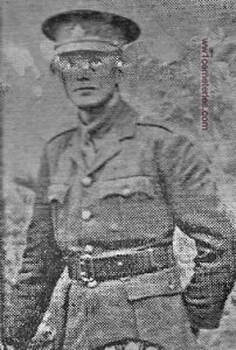 Son of Robert and Mary I. Dunn, of Victoria, British Columbia. 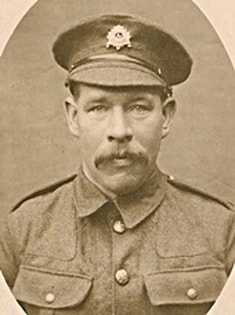 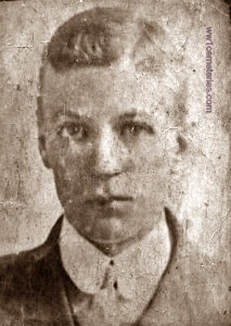 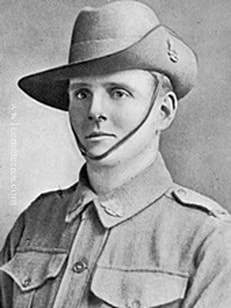 ​A school teacher prior to enlisting, he embarked from Melbourne aboard HMAT Port Lincoln (A17) on 4 May 1916. On 29 November 1917, he was killed in action, on the front line at Carlow Farm, Belgium (between Ypres and Messines.)

"Campbell and Stephens were both killed by one shell on November 28th, I think (actually 29th) on Messines Ridge, in front of Warneton, in supports at Kilo Farm (actually Carlow Farm) where the company H.Q. was. A chance shell came over about half past eight in the morning. I was near but did not go and look, but they said they were killed outright, by concussion. They were buried next to each other at Cabin Hill, about a mile back." 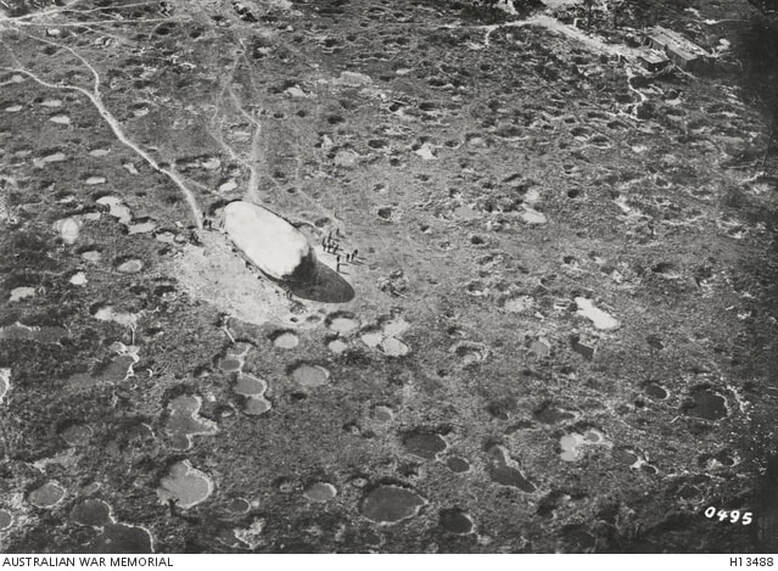 Wytschaete, Belgium. c. 1917. A photograph taken from a German observation aircraft showing a captive balloon, with a mobile windlass and personnel beside it, in a crater. The photograph was taken from a height of 50 metres. 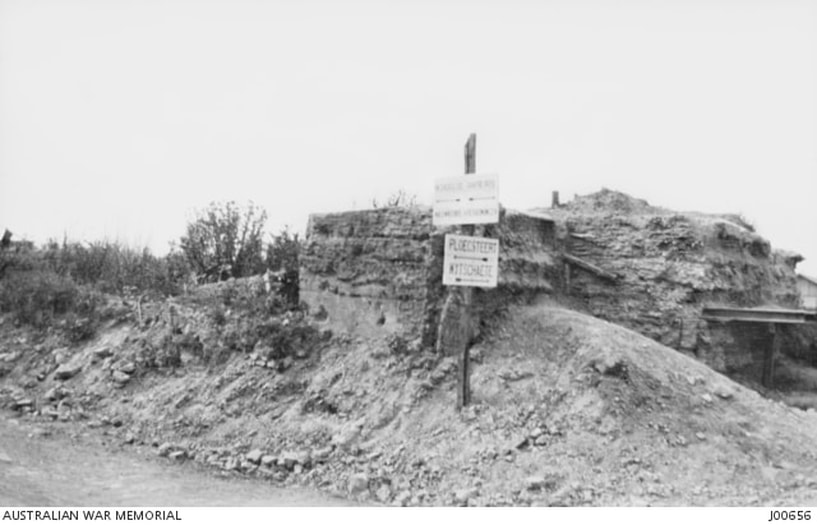 A German Pillbox on the Messines Road. The signboard reads: 'Ploegsteert Wytschaete'. 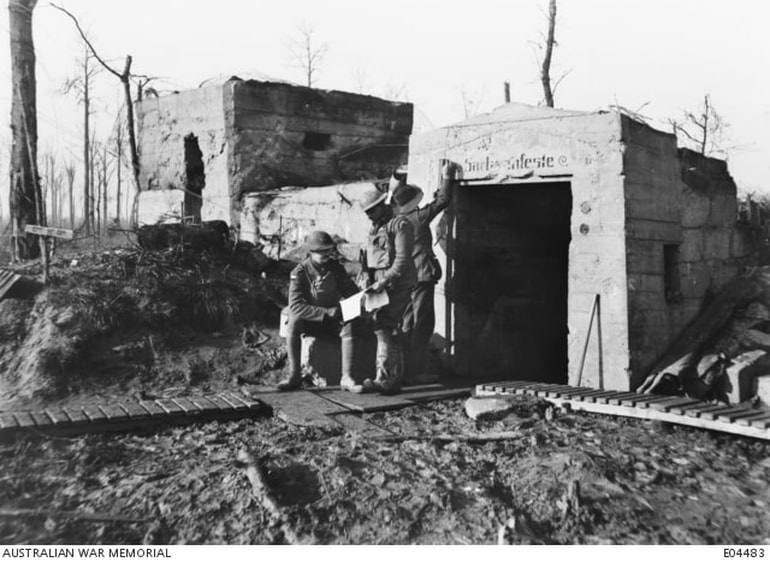 28th January 1918: Three unidentified Australian soldiers, members of the 1st Division on duckboards outside a captured enemy concrete redoubt, known as Prince Rupert's Dugouts. The position at this time was being used as a Company Headquarters. Note the word 'Sachsen Feste' (Saxon Fort), above the entrance to the dugout. 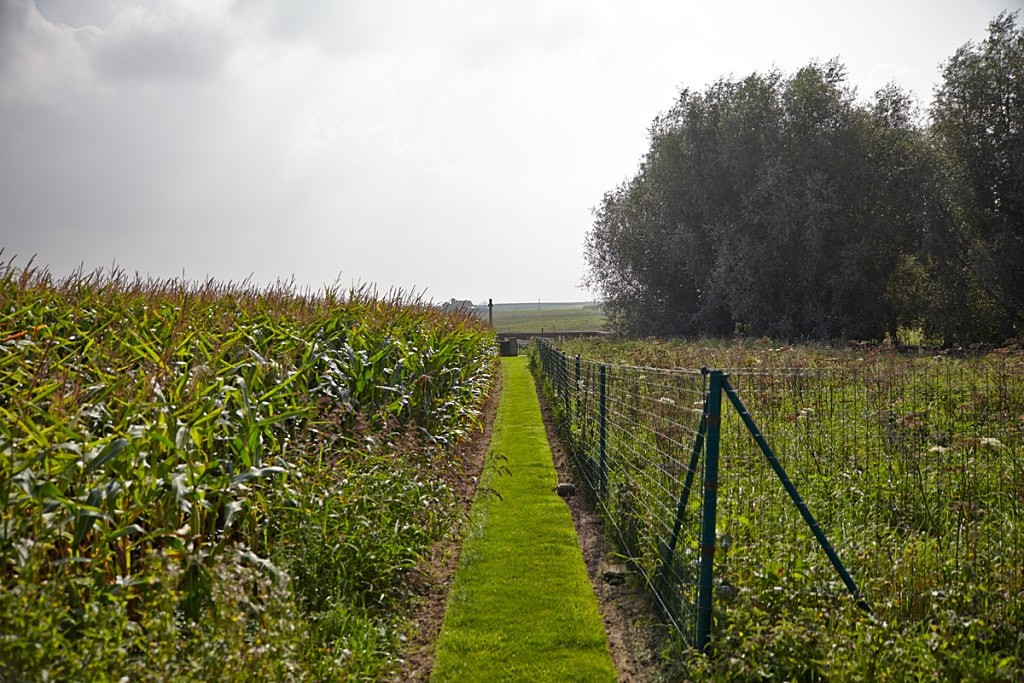 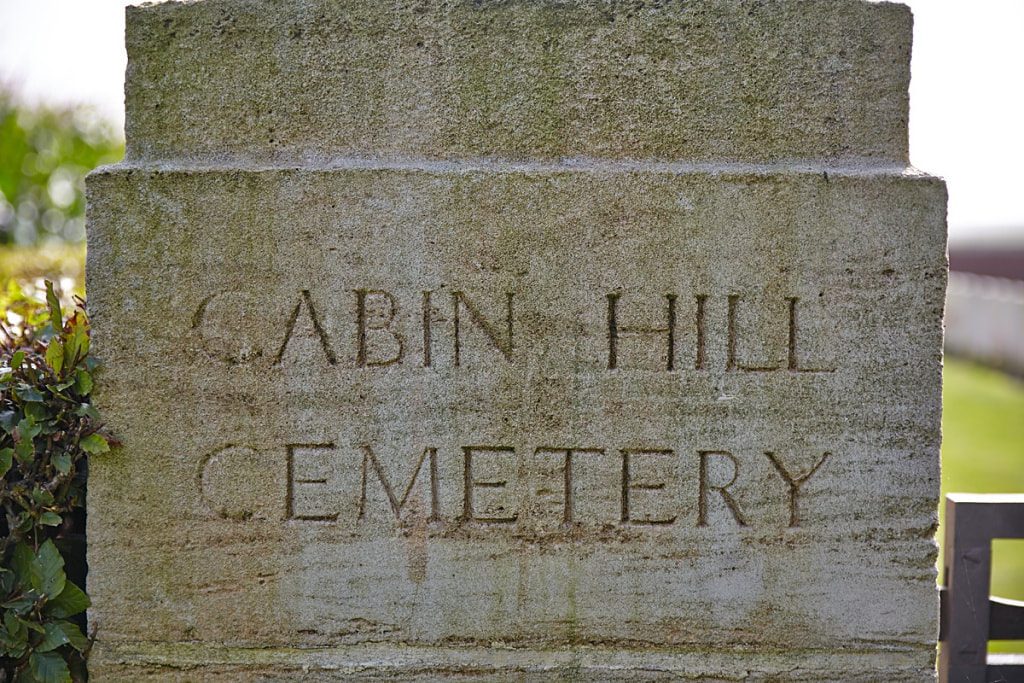 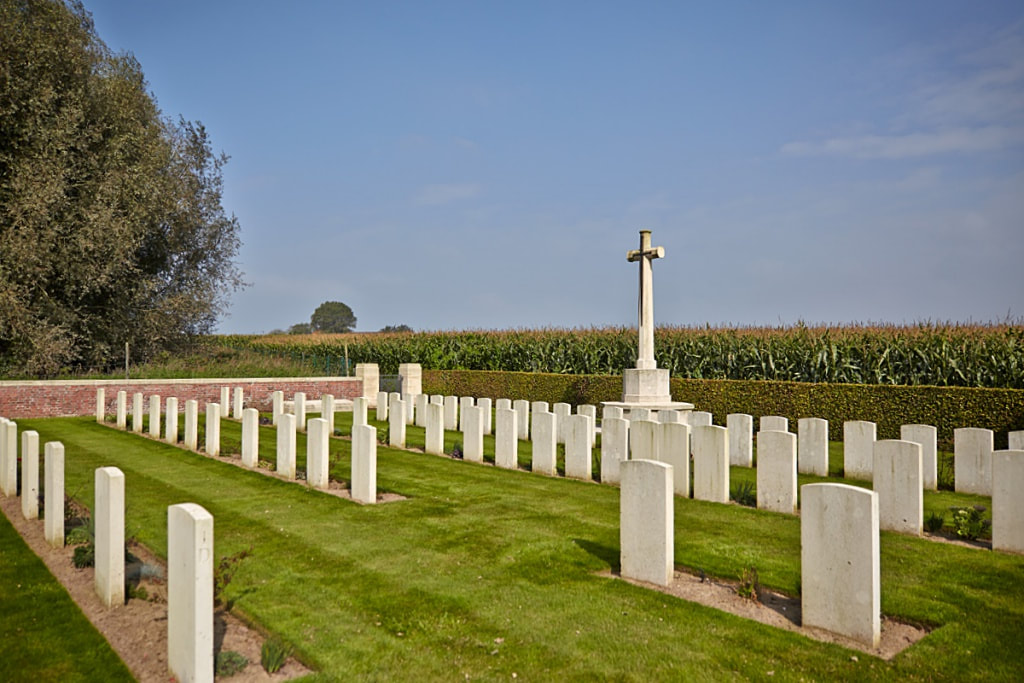