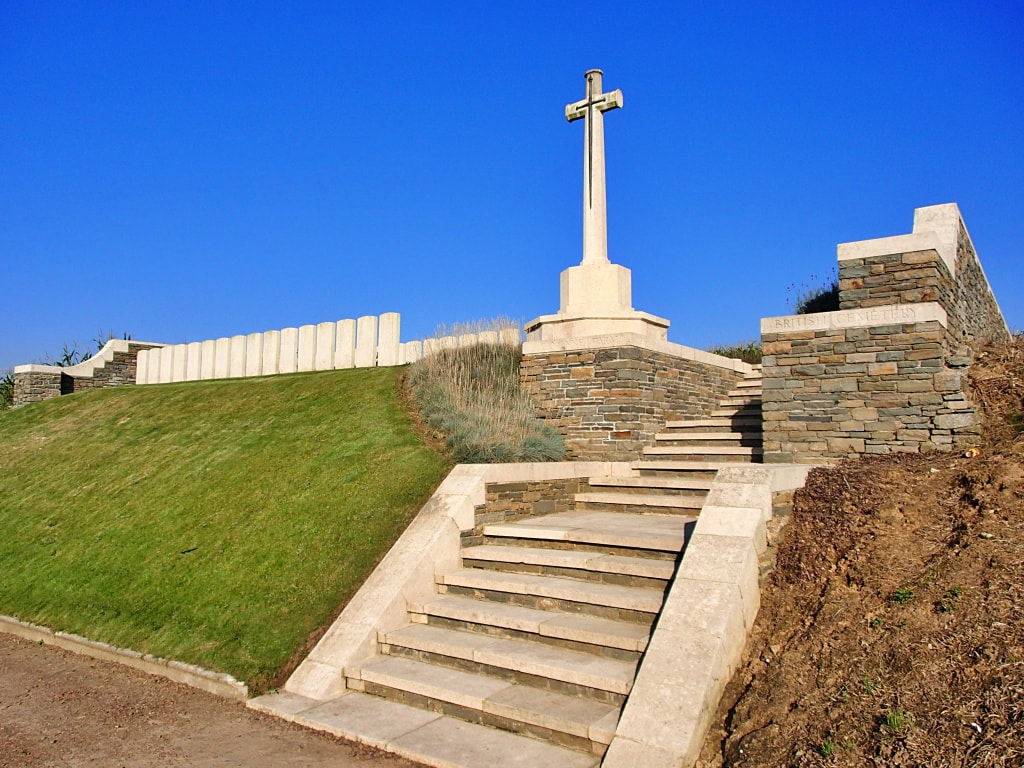 Sommaing is a village a little north of the Chaussee Brune-haut which runs from Cambrai to Villers Pol.

Ferme Canonne is on the north side of the Chaussee, where it crosses the road from Verchainto Haussy; and the British Cemetery is nearly 1 kilometre north-east of the farm, on the Haussy-Sommaing road.

The graves in Canonne Farm British Cemetery all date from the period 22 October to 7 November 1918.

The cemetery contains 64 First World War burials, one of which is unidentified. 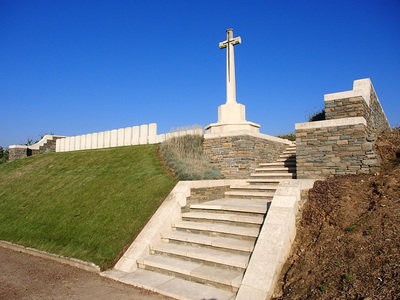 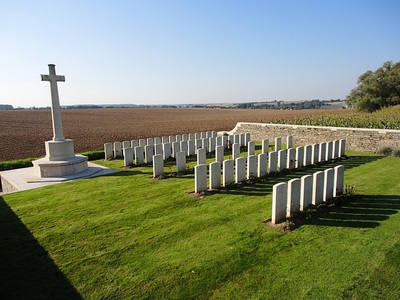 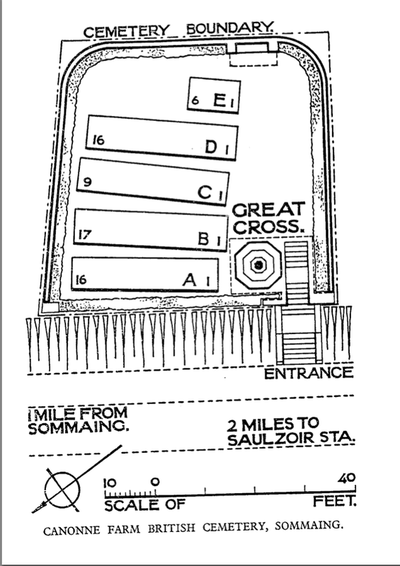 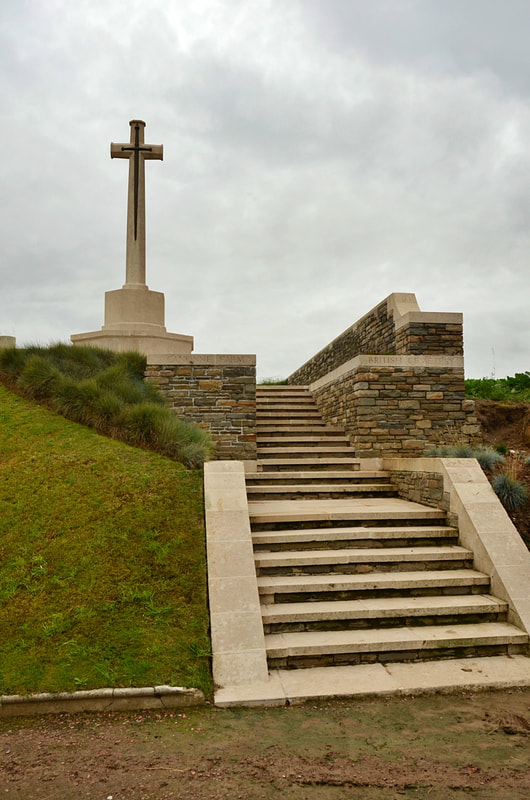 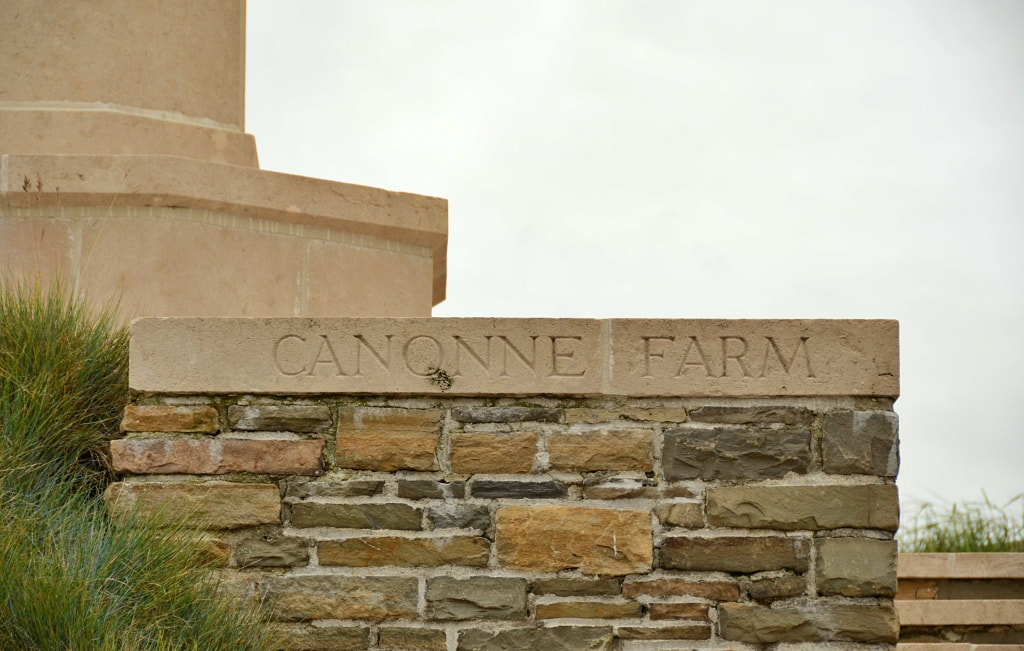 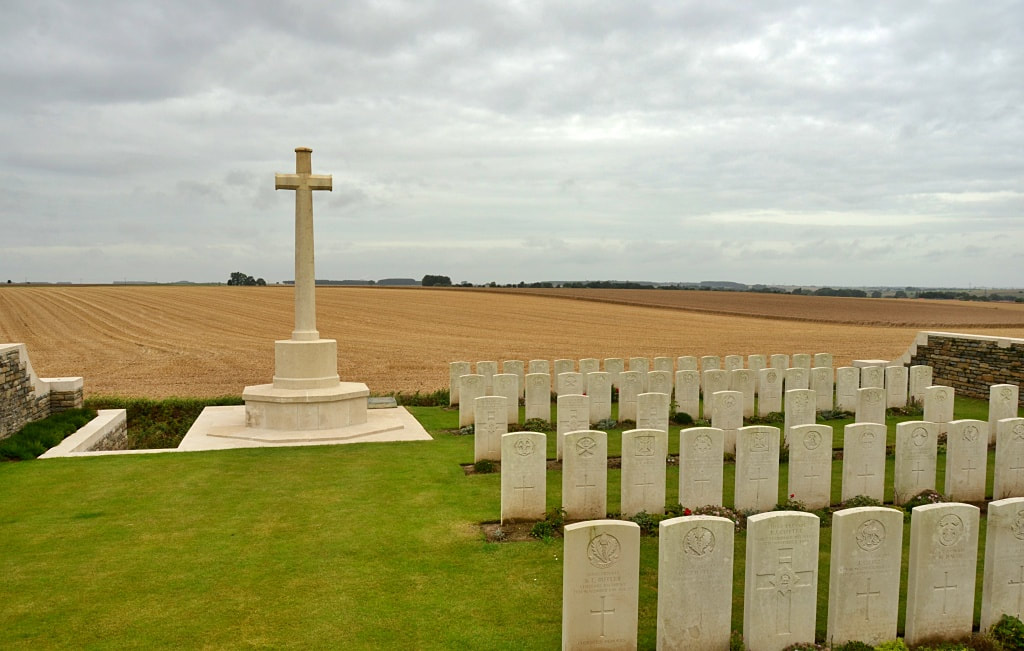 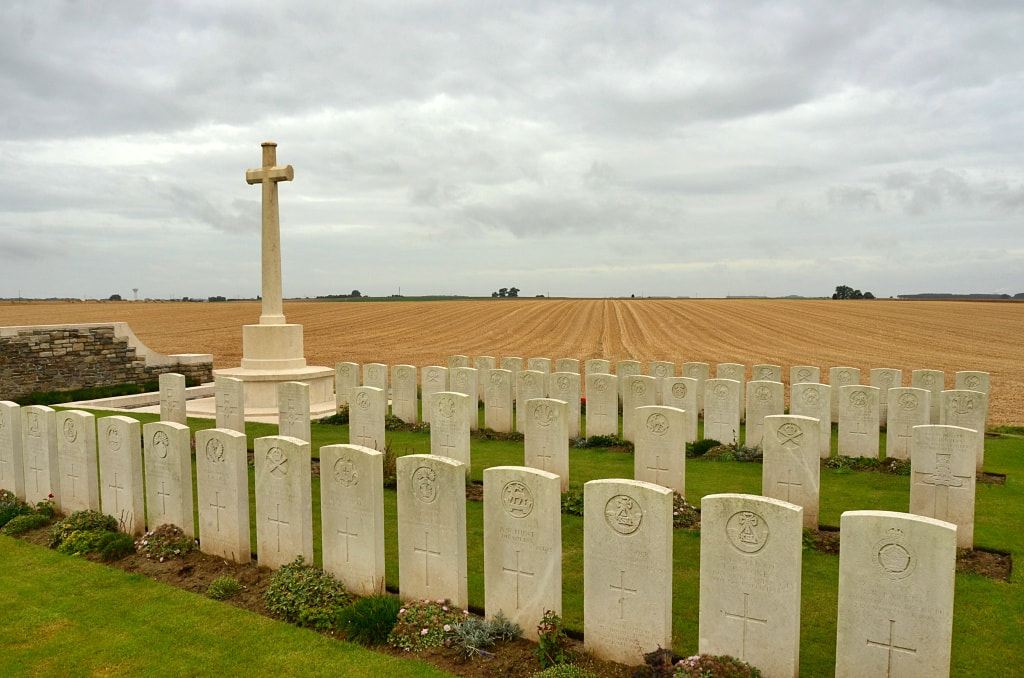 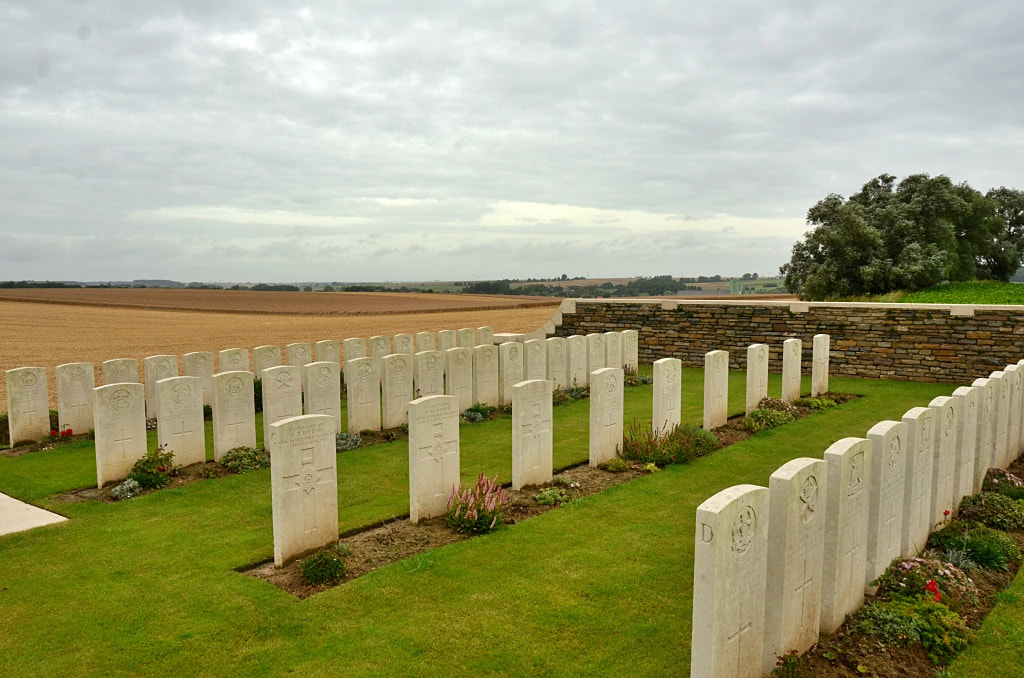 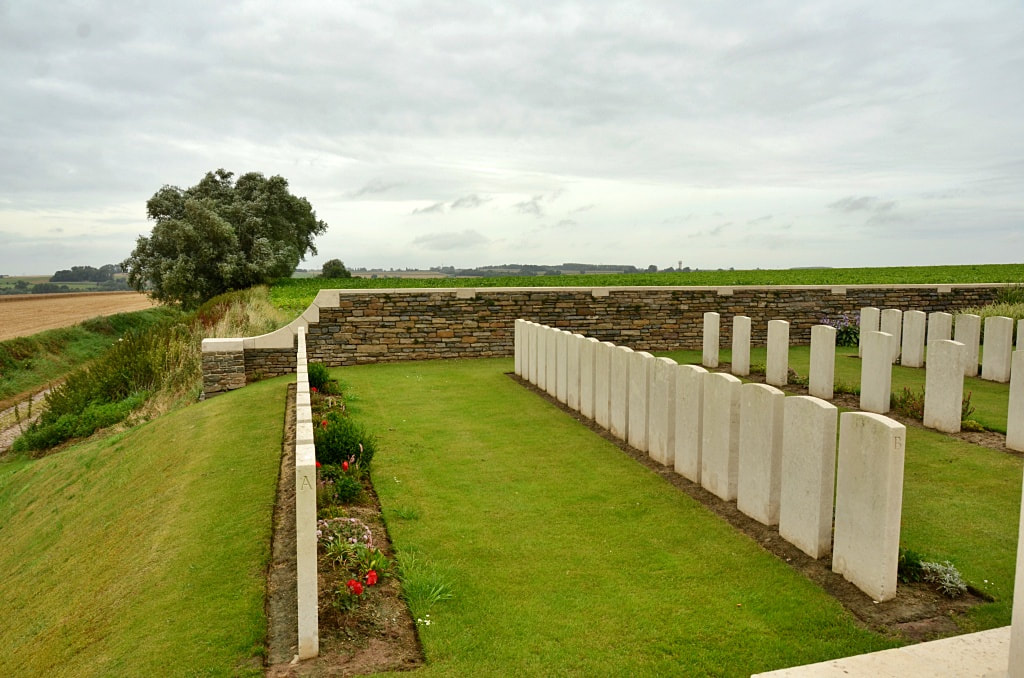 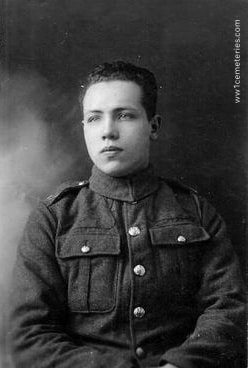 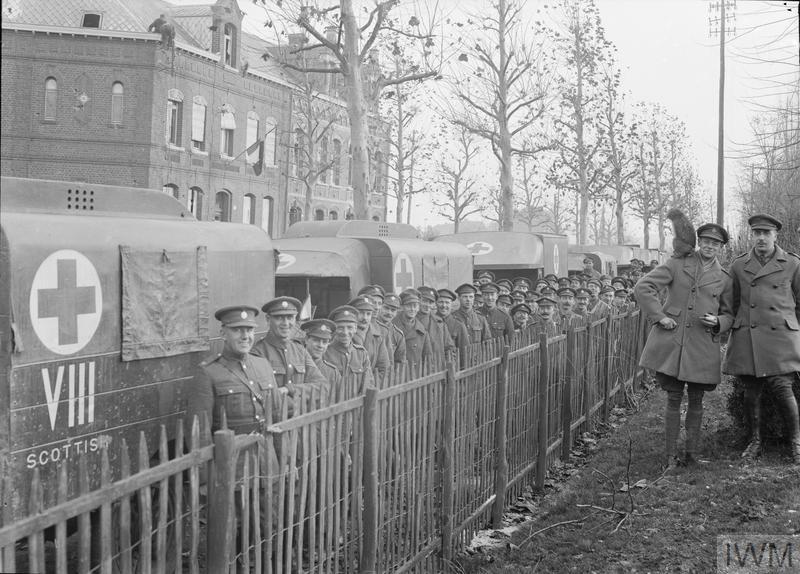 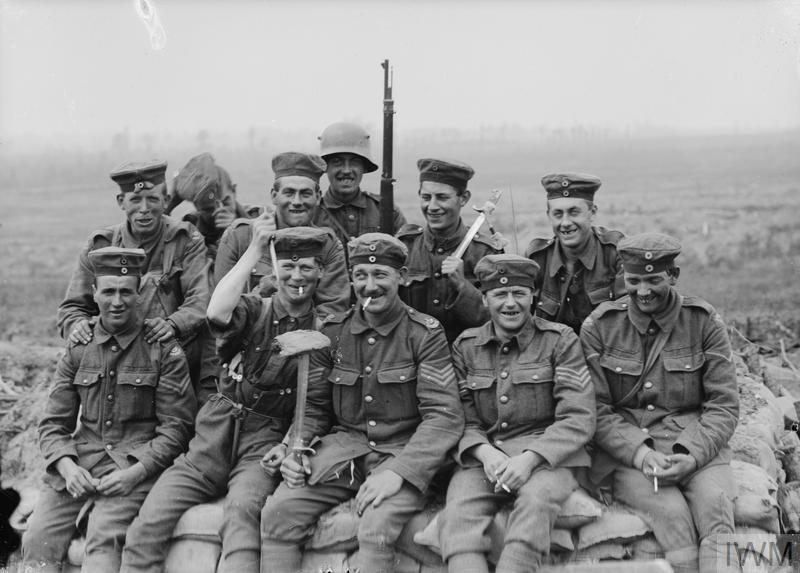 Troops of the Duke of Cornwall's Light Infantry in a German trench, which they have captured, 11th June 1917. They are wearing German helmets, caps and other souvenirs. © IWM (Q 2831)