City of Paris (Ivry-sur-Seine) cemetery is South-East of the city, on the road to Vitry. At the North end, in Divisions 42 and 44, are buried three soldiers from the United Kingdom and one from Guernsey. 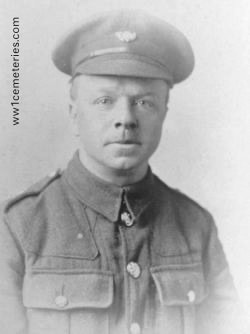