Couin is a village 15 kilometres east of Doullens.
Visitors should follow the main Doullens to Arras road, N25, as far as the crossroads with the D23. Follow the D23 to Souastre, then the D2 to Couin, as indicated by the CWGC sign.

Couin Chateau was used as a divisional headquarters from 1915 to 1918.

The BRITISH CEMETERY was begun in May 1916 by the field ambulances of the 48th (South Midland) Division, and was used by units and field ambulances during the Battle of the Somme in 1916. It was closed at the end of January 1917 because further extension was not possible, and now contains 401 Commonwealth burials of the First World War and three German graves.

The NEW BRITISH CEMETERY was opened across the road and was used by field ambulances from January 1917 (with a long interval in 1917-18) to the end of the war. One grave was moved there after the Armistice from a cemetery at Coigneux. It now contains 360 Commonwealth burials of the First World War and two German war graves. 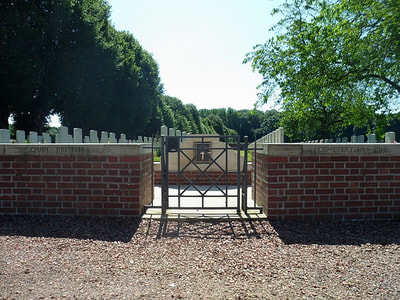 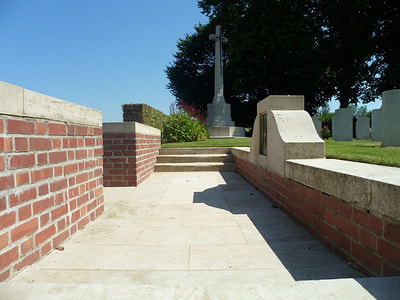 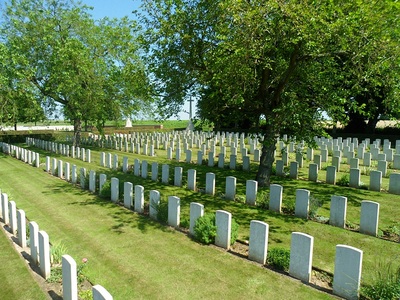 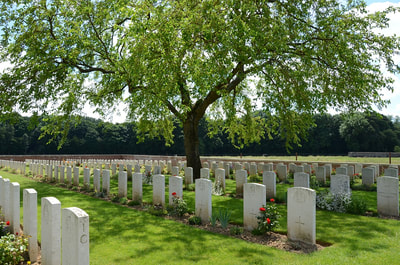 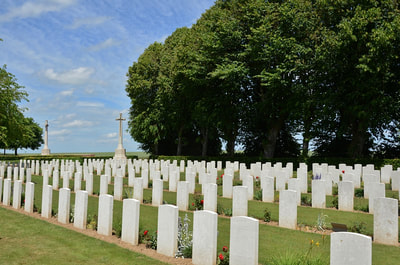 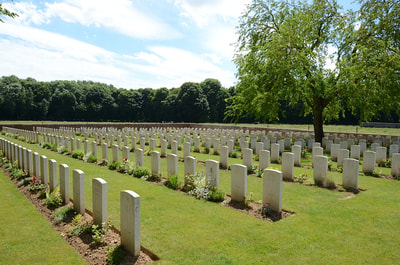 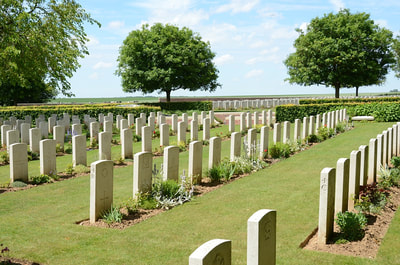 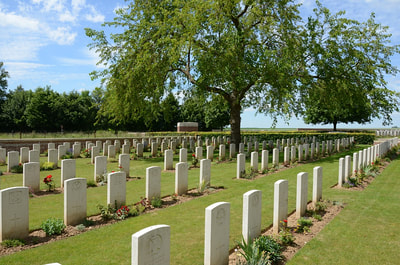 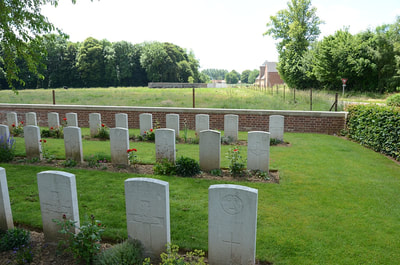 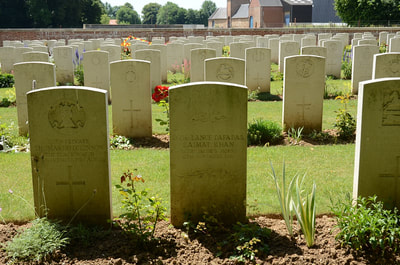 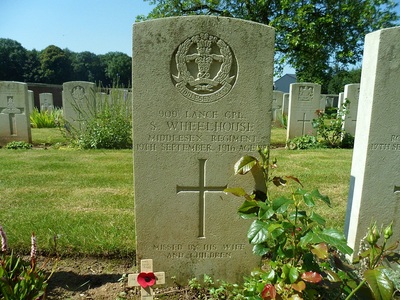 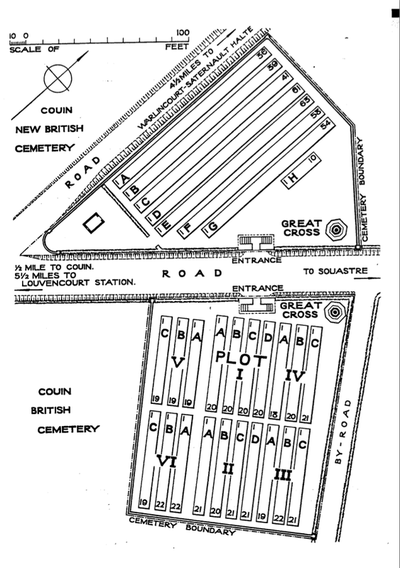 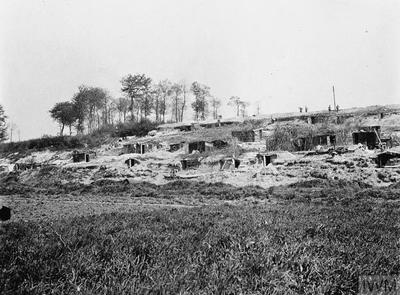 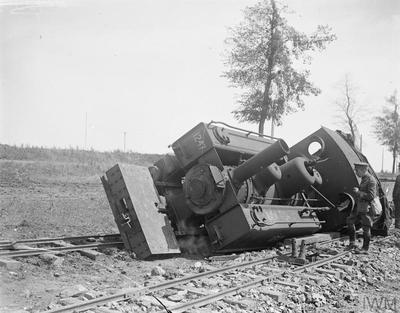 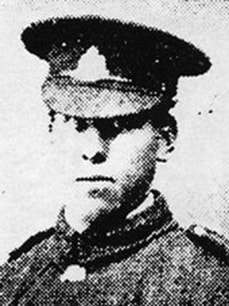 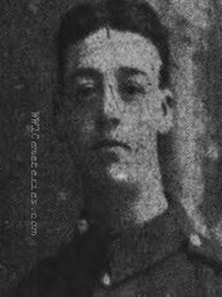 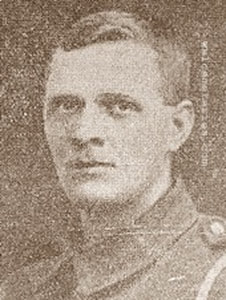 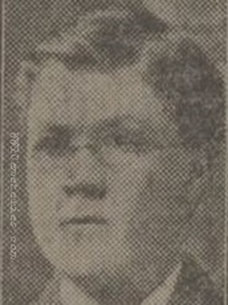 Son of Neil and Helen Campbell, of 8, Ashvale Place, Aberdeen. 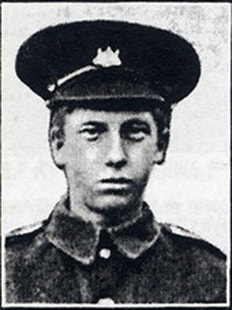 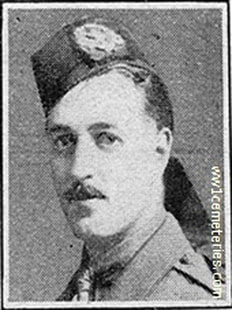 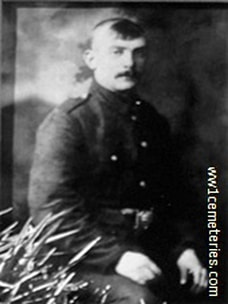 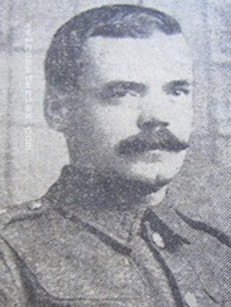 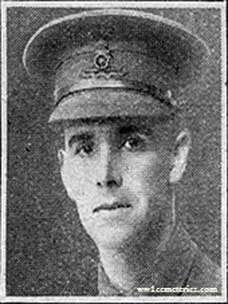 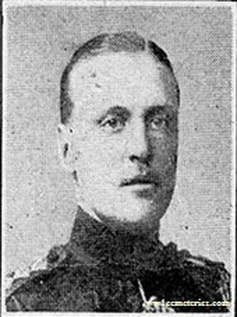 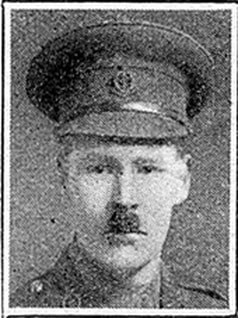 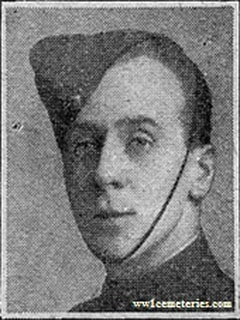 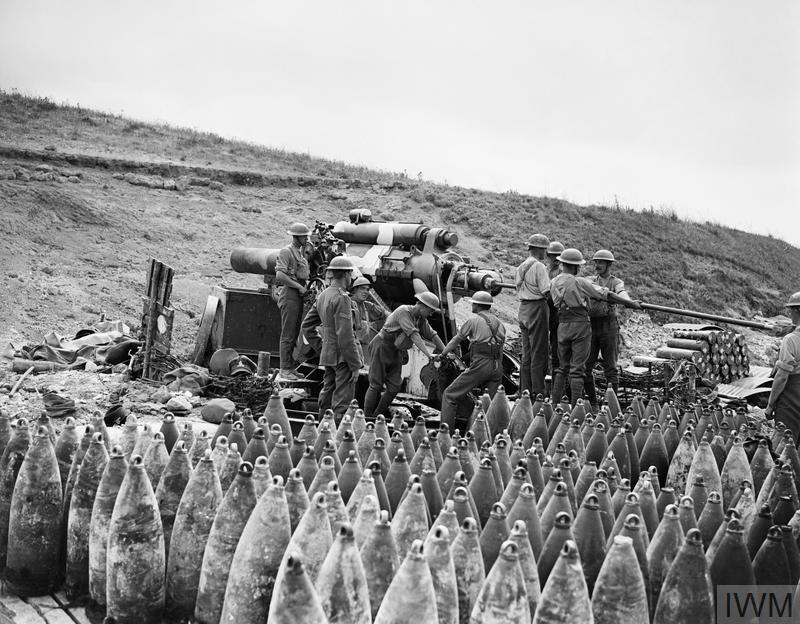 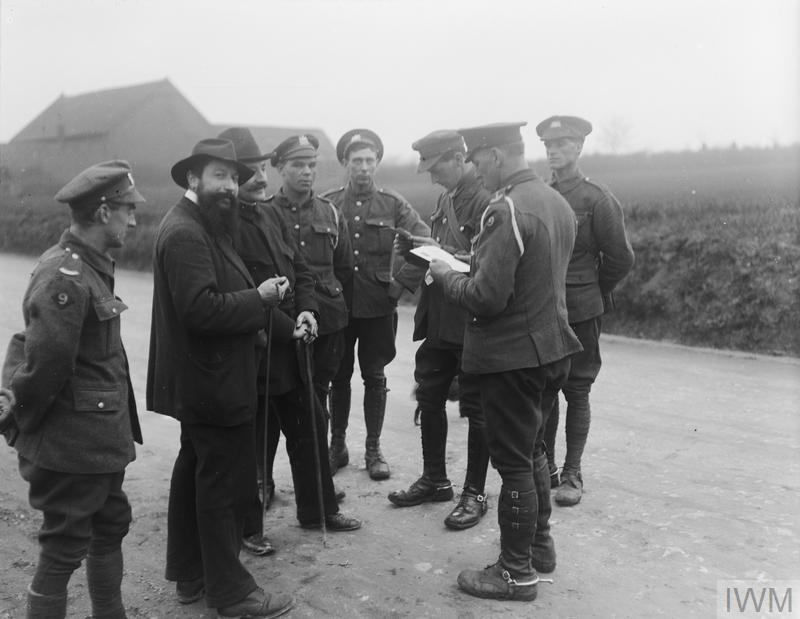