Courcelles-au-Bois is a village approximately 13 kilometres north of Albert.

The extension was opened in October 1916 and used by field ambulances and fighting units until March 1917, when the German Army withdrew from the Ancre. It was used again in April 1918 during the German attack on Amiens. The village was in German hands for some months, but was retaken in August 1918.

There are now 115 First World War burials in the extension, including three brought in from the communal cemetery in 1934.

The extension was designed by F. Higginson. 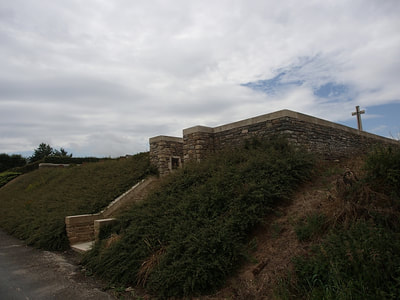 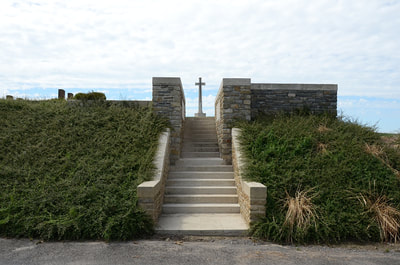 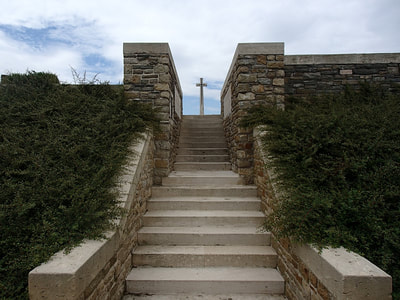 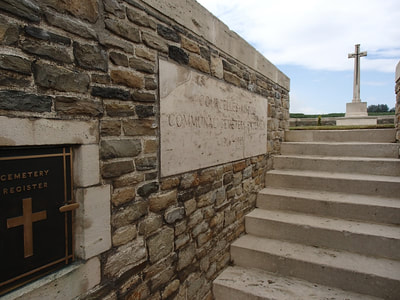 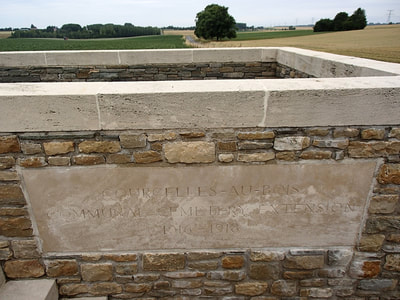 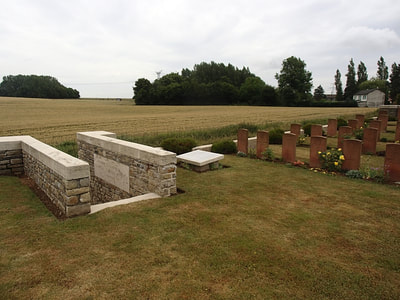 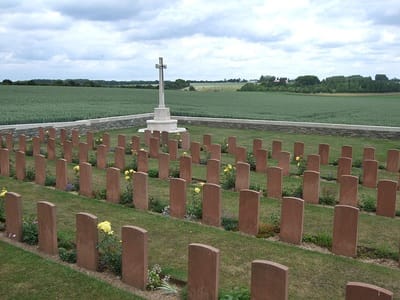 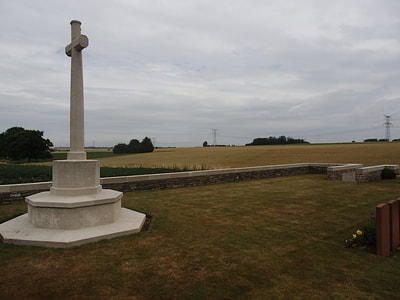 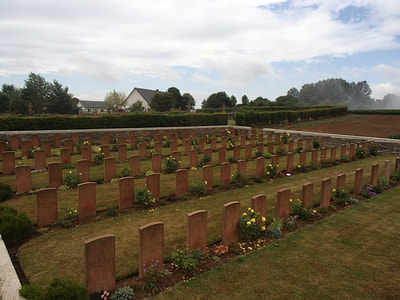 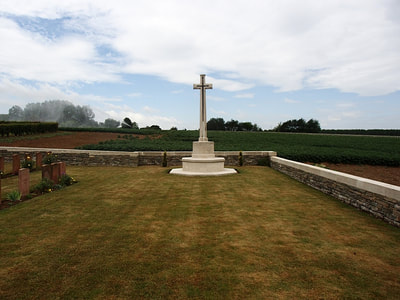 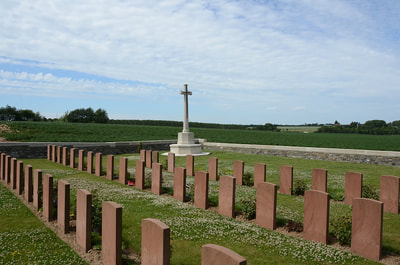 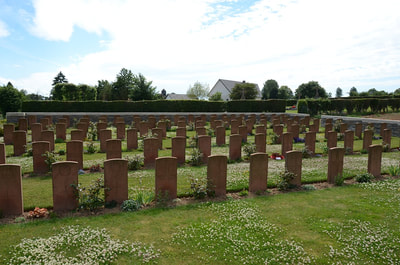 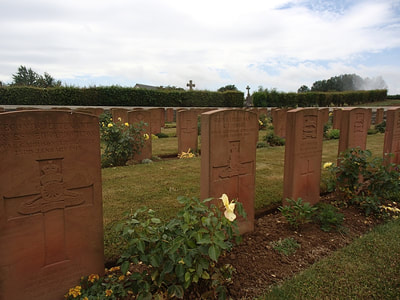 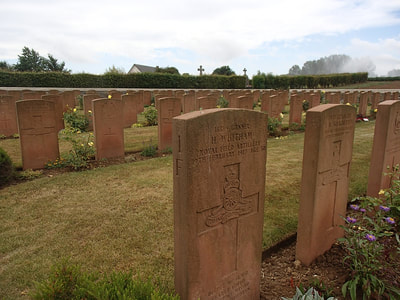 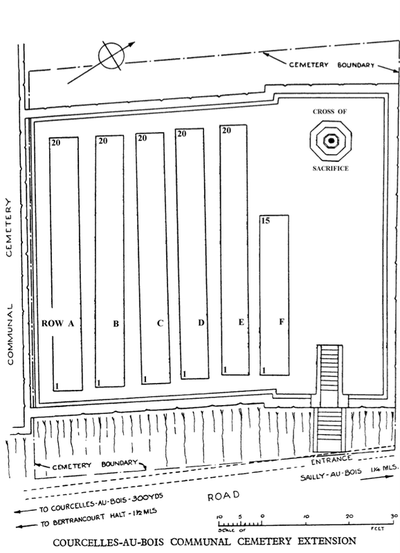 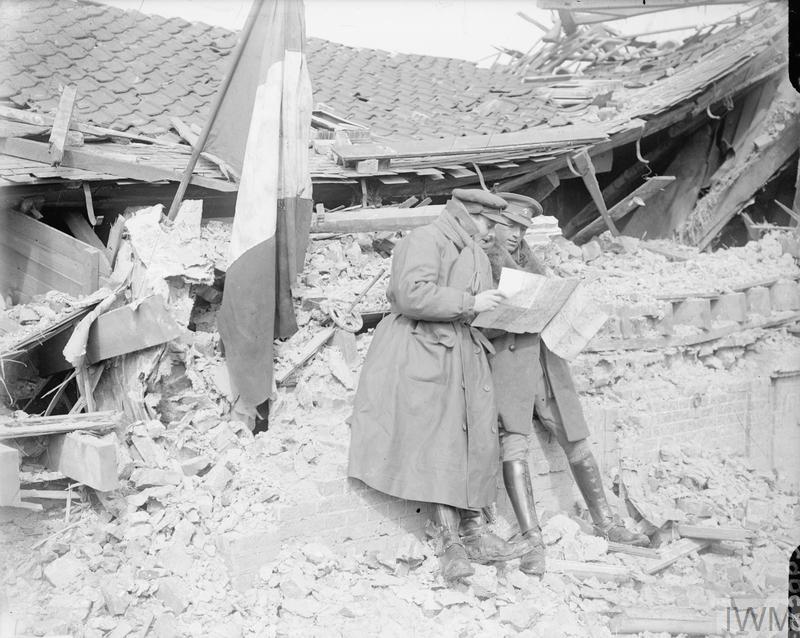 Two officers of the 12th Royal Lancers studying a map in Courcelles-au-Bois. Near them is hung a French flag found in the village, March 1917. © IWM (Q 5065) 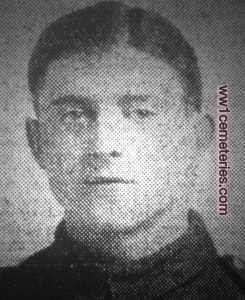 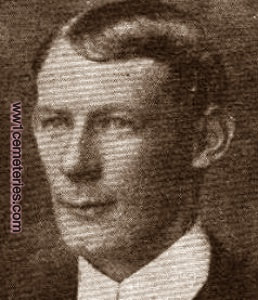 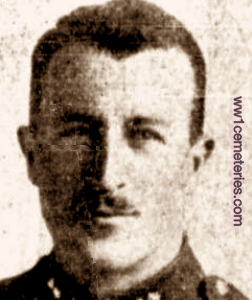 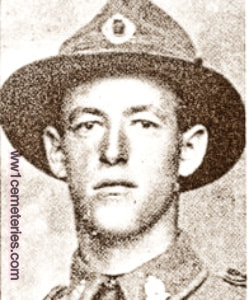 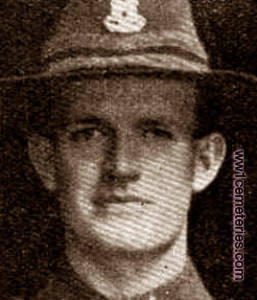 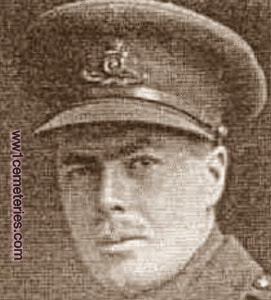 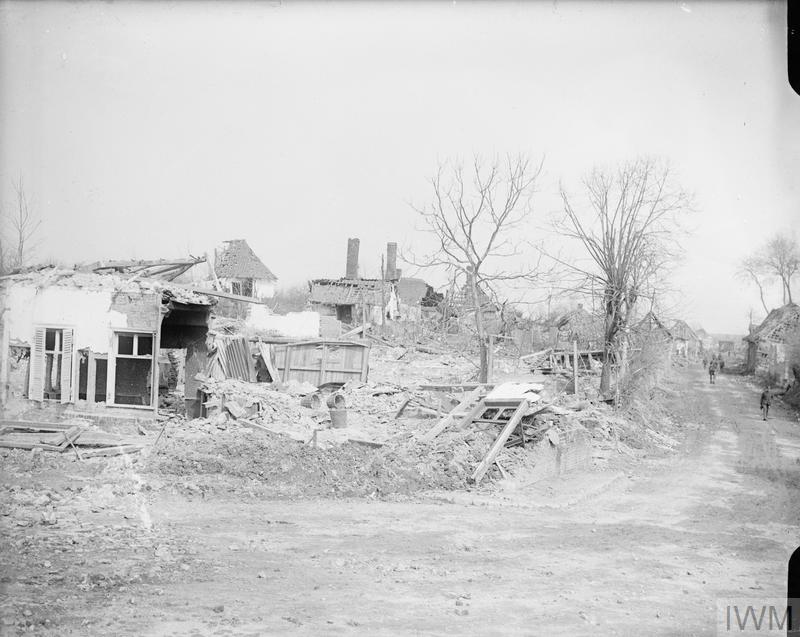