Crouy is a village in the Department of the Aisne, 4 kilometres north-east of Soissons on the road to Laon. Crouy-Vauxrot French National Cemetery is west of the village on the road to the hamlet of Vauxrot, which is on the Soissons-Chaury main road.

There are now 50, 1914-18 war casualties commemorated in this site. Of these, nearly half are unidentified, and special memorials are erected to ten soldiers who are believed to be among them. All were brought in after the Armistice and fell in September and October, 1914. 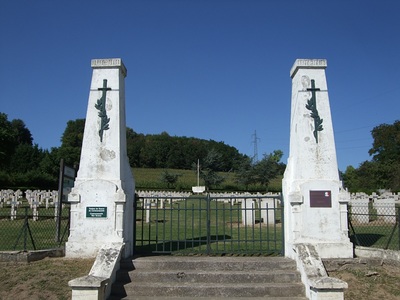 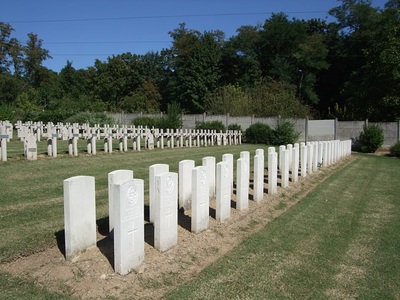 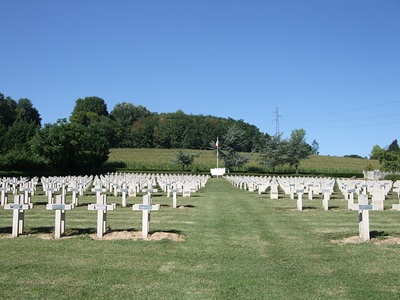 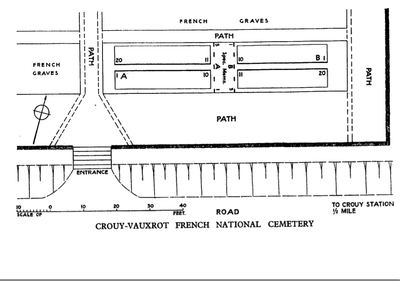 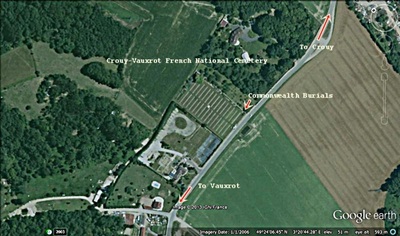 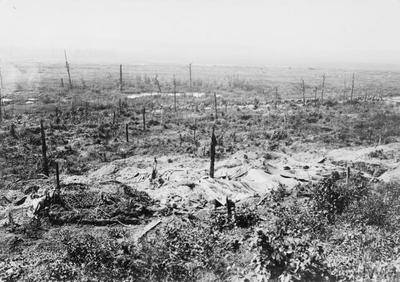 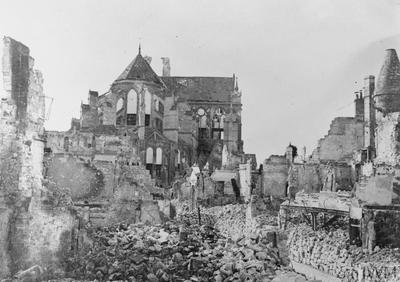 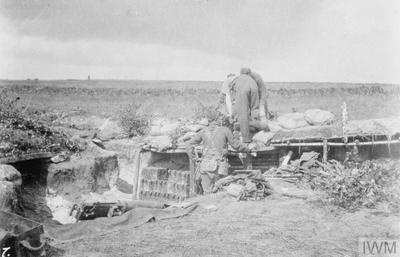 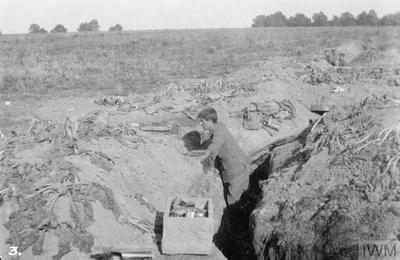 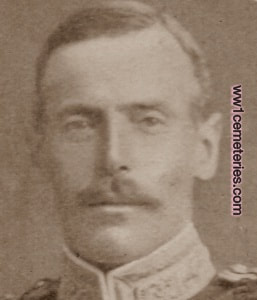 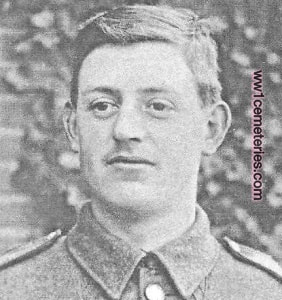 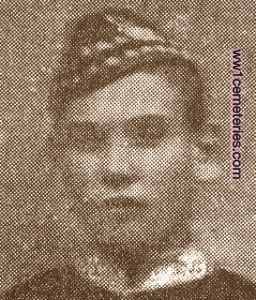 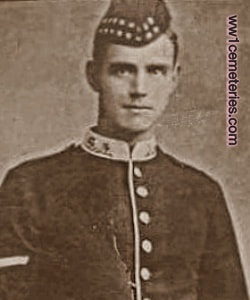 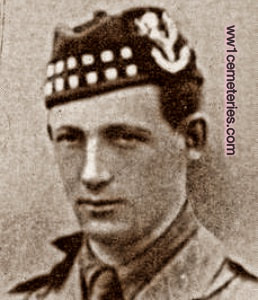 Son of Mrs. M. N. Williamson, of 84, Cecile Park, Crouch End, London, and the late Mr. R. A. Williamson. Born at Calcutta, India. His mother would add the following inscription to his headstone; "Master at Highgate School "He that loseth his life shall find it"" 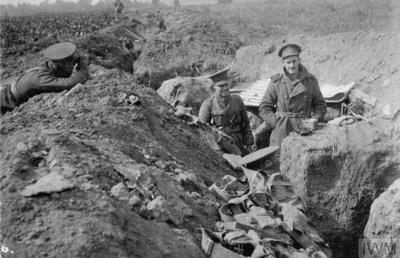 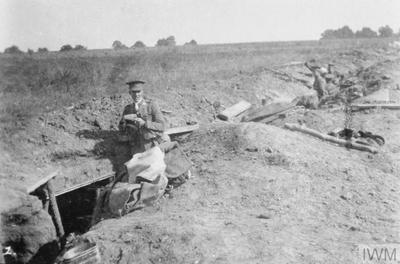 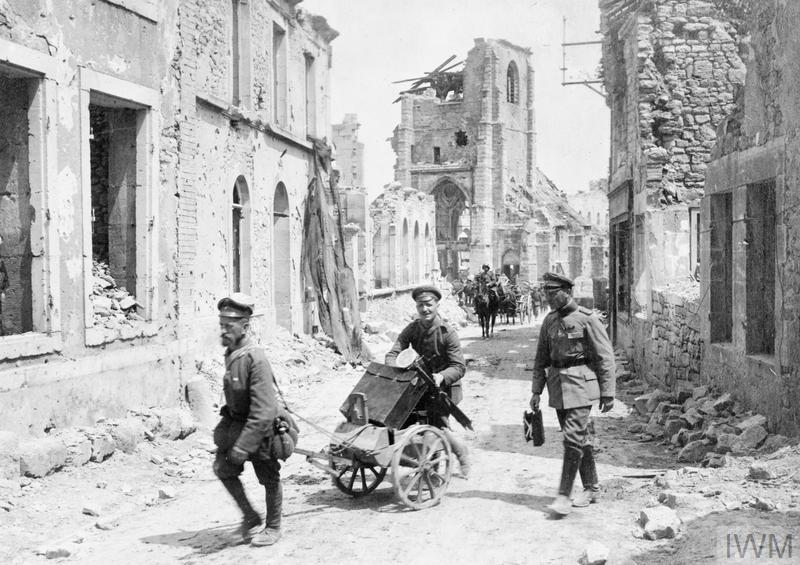 German photographer, Lieutenant Schaffer and his orderlies of a German official film detachment, in the streets of Soissons following the capture of the town on 29 May 1918. © IWM (Q 87926)