Ste Marguerite is in the commune of Bucy le Long, 6 kilometres east of Soissons, in the department of Aisne. The churchyard is beside the church in the village, and the 6 Commonwealth burials, (1 Unidentified) from the First World War are located in the rear right hand side of the churchyard. 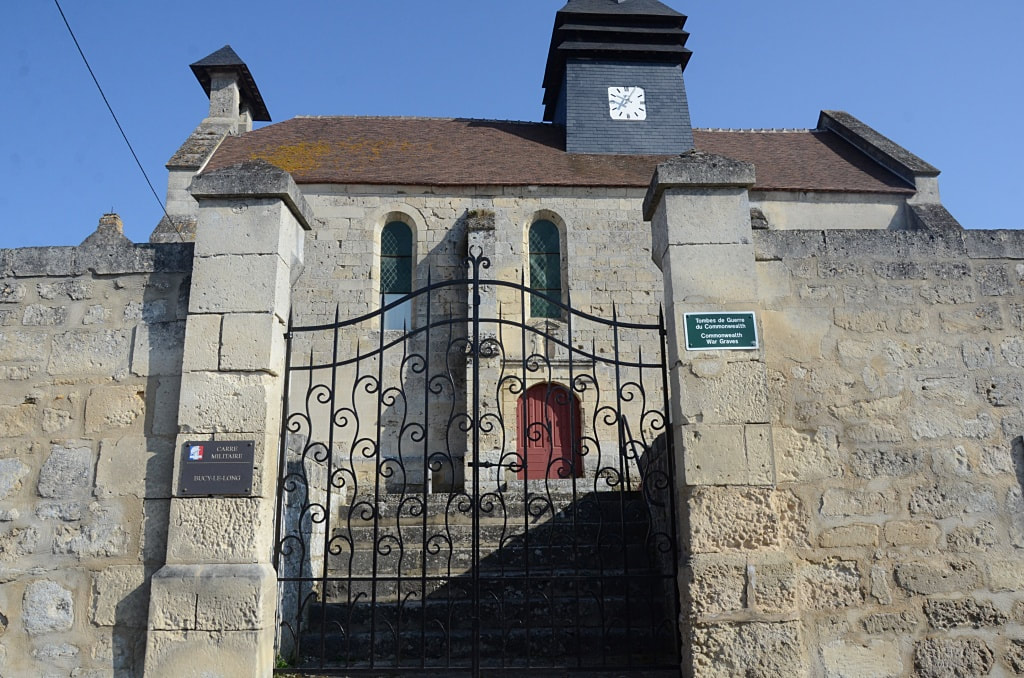 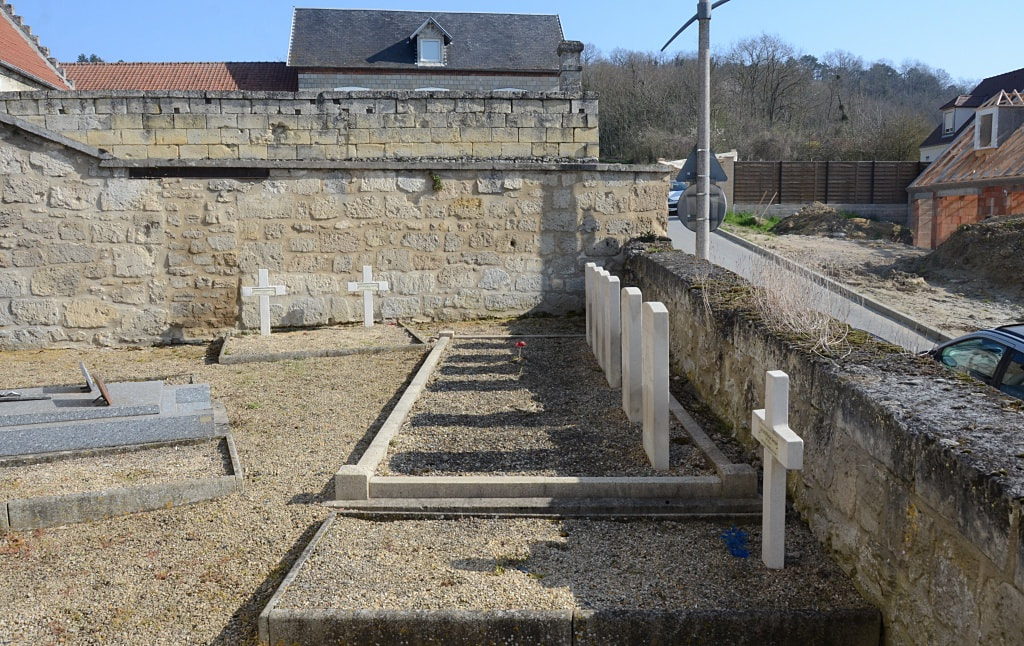 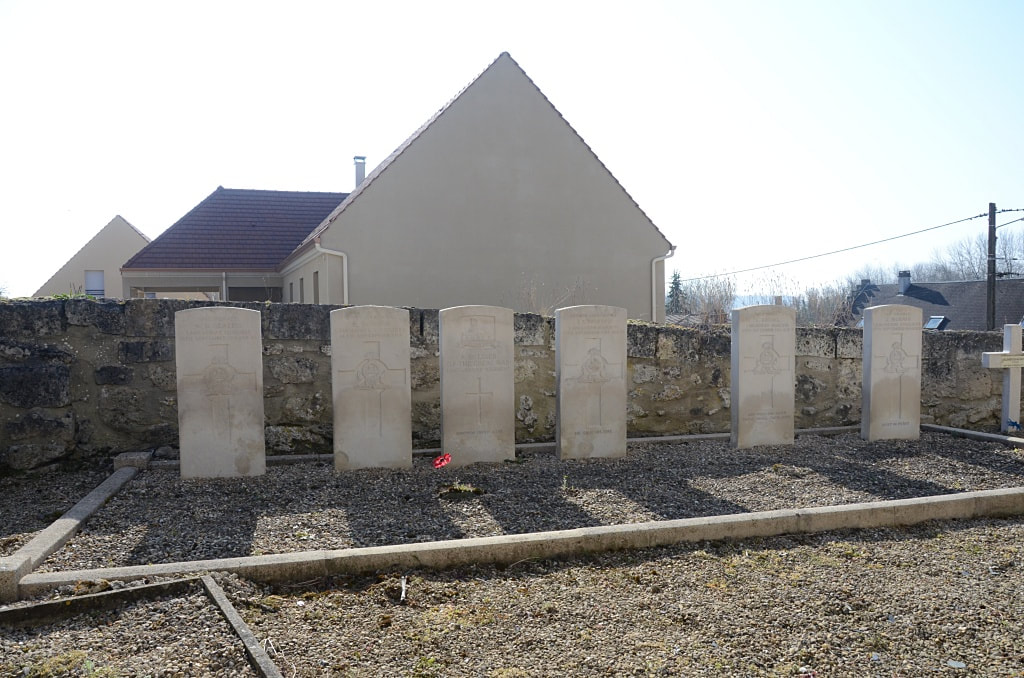 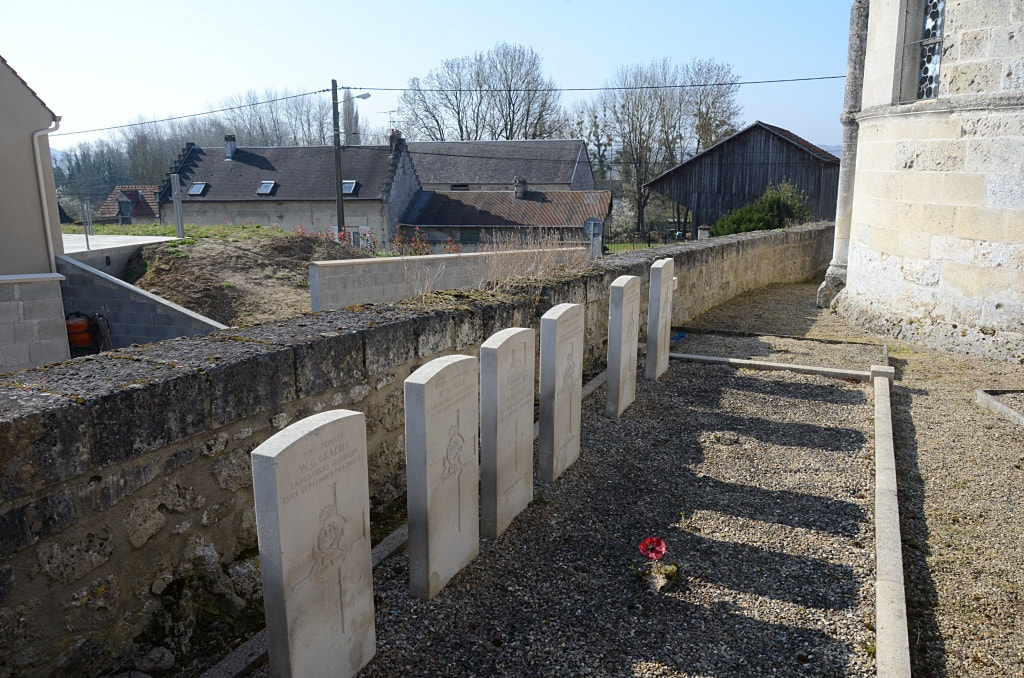 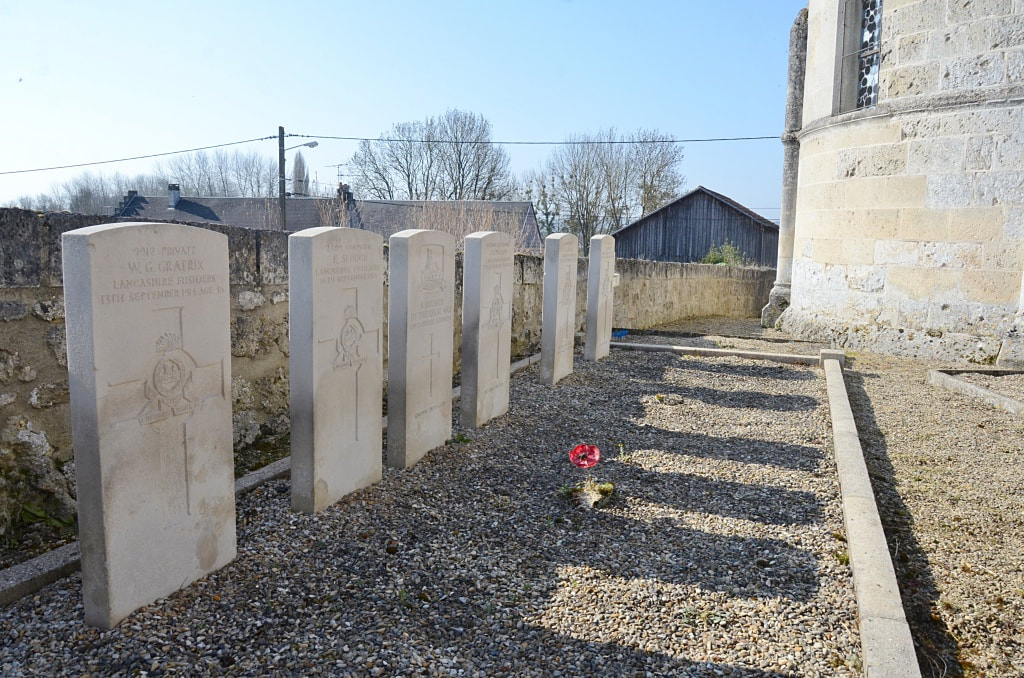 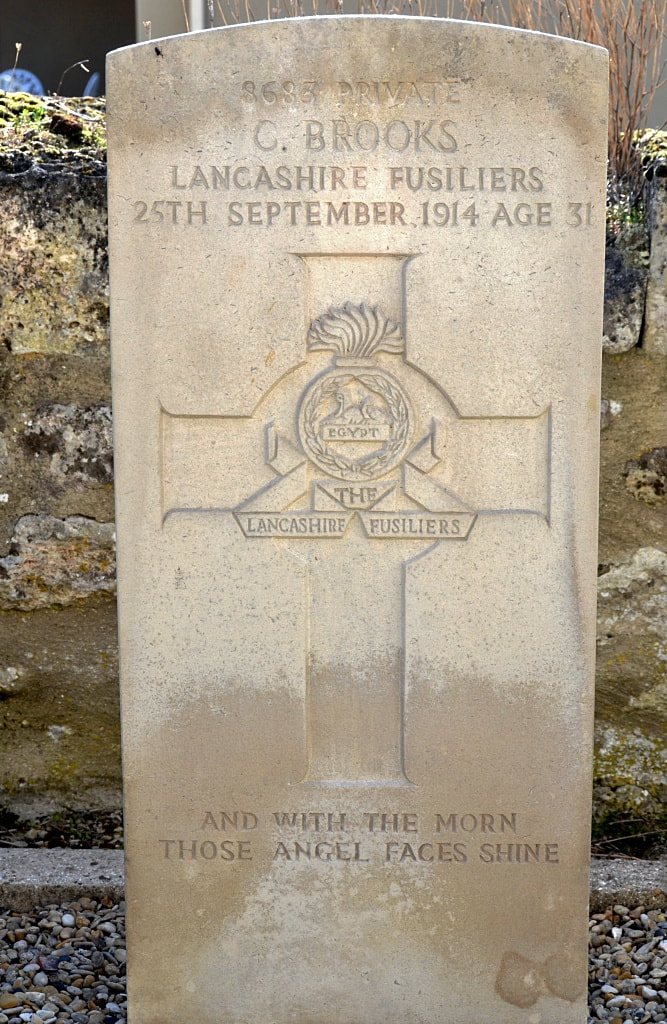 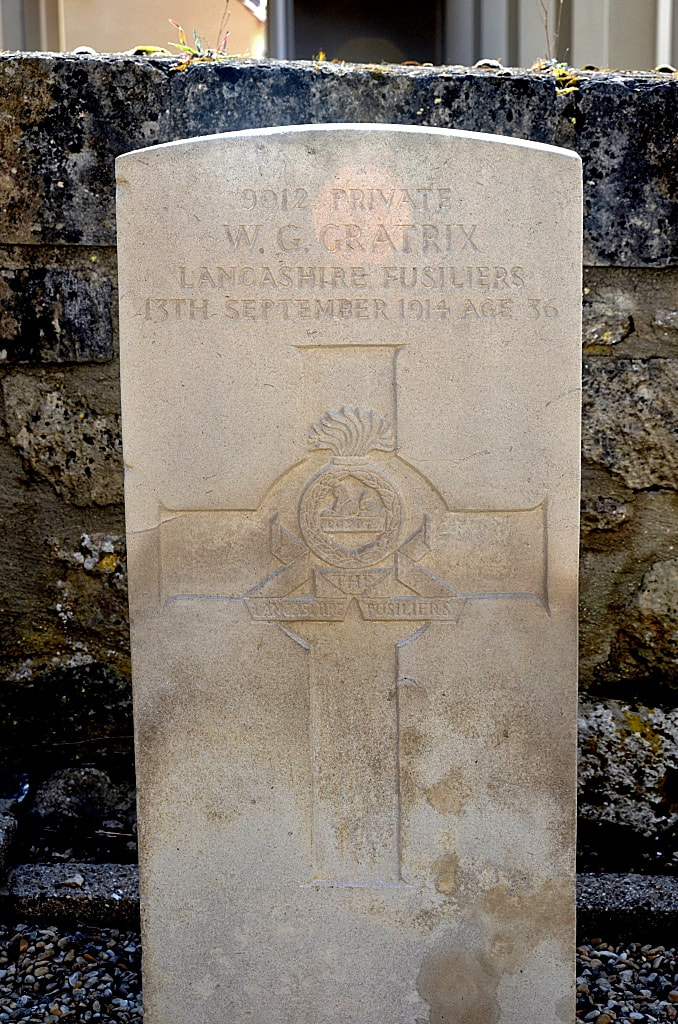 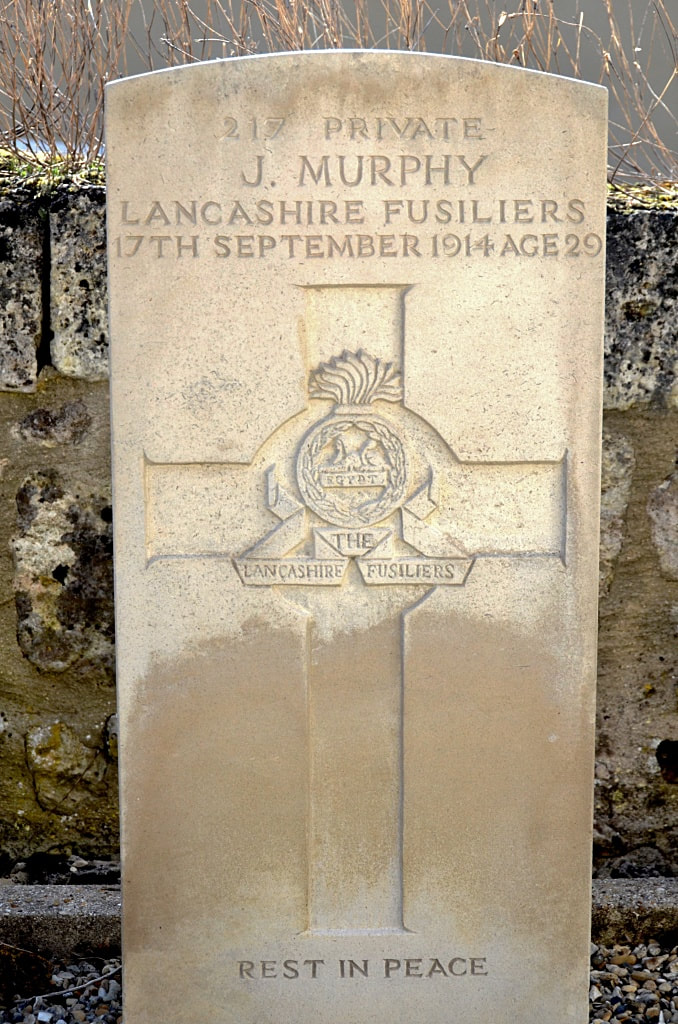 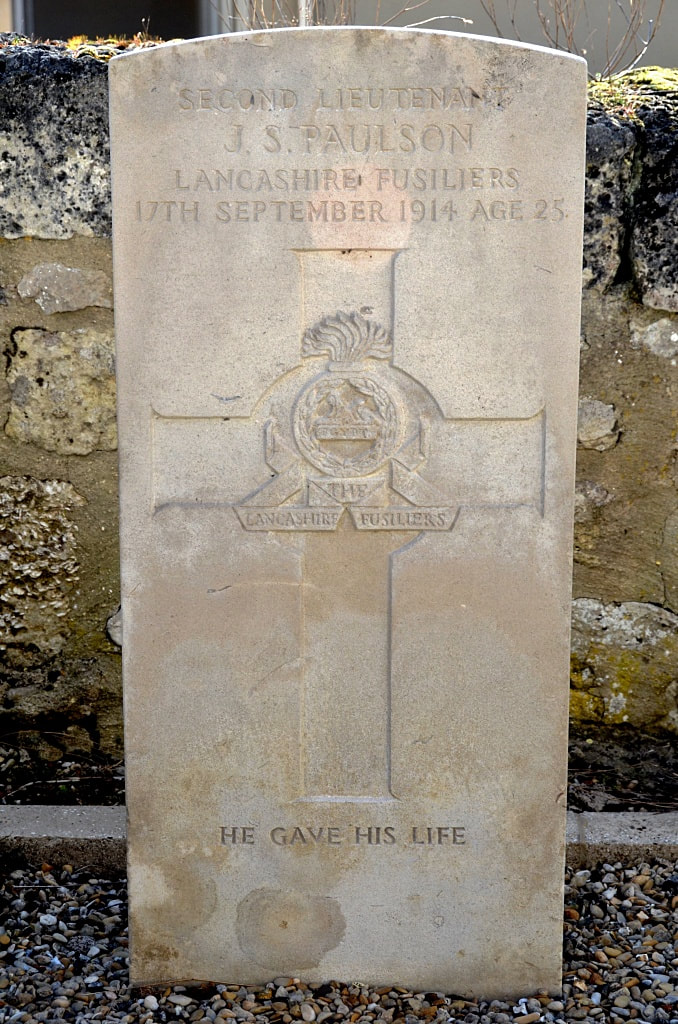 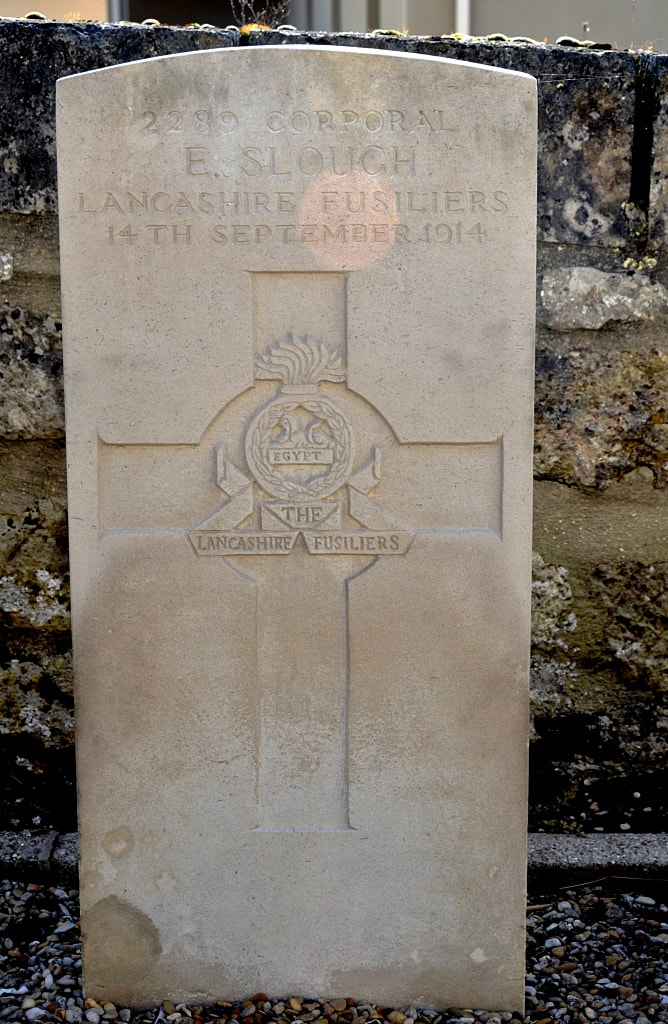 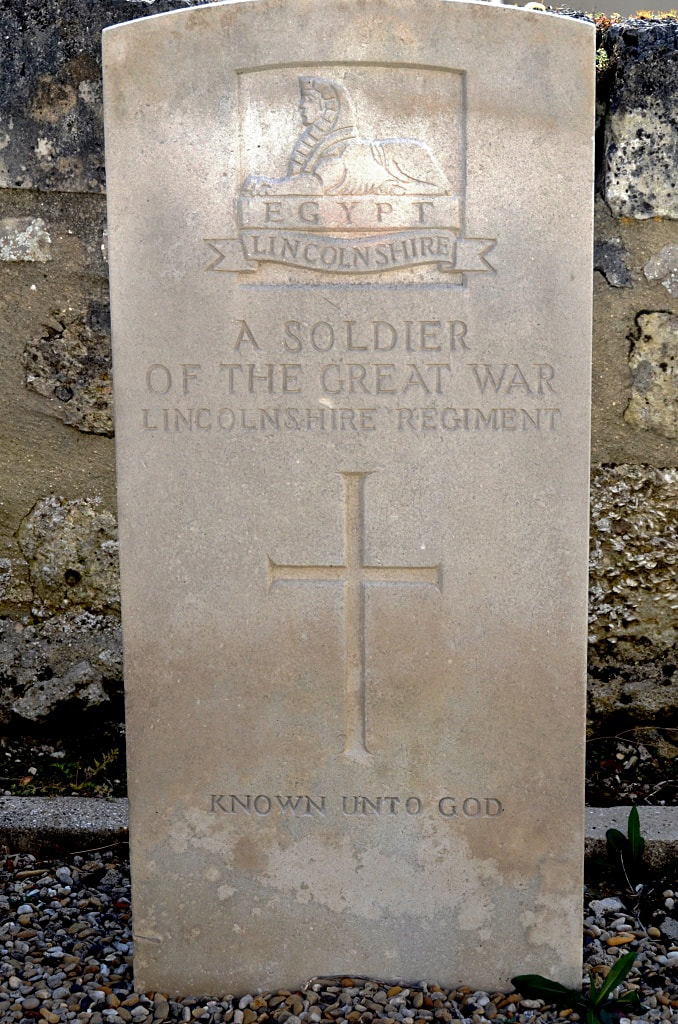 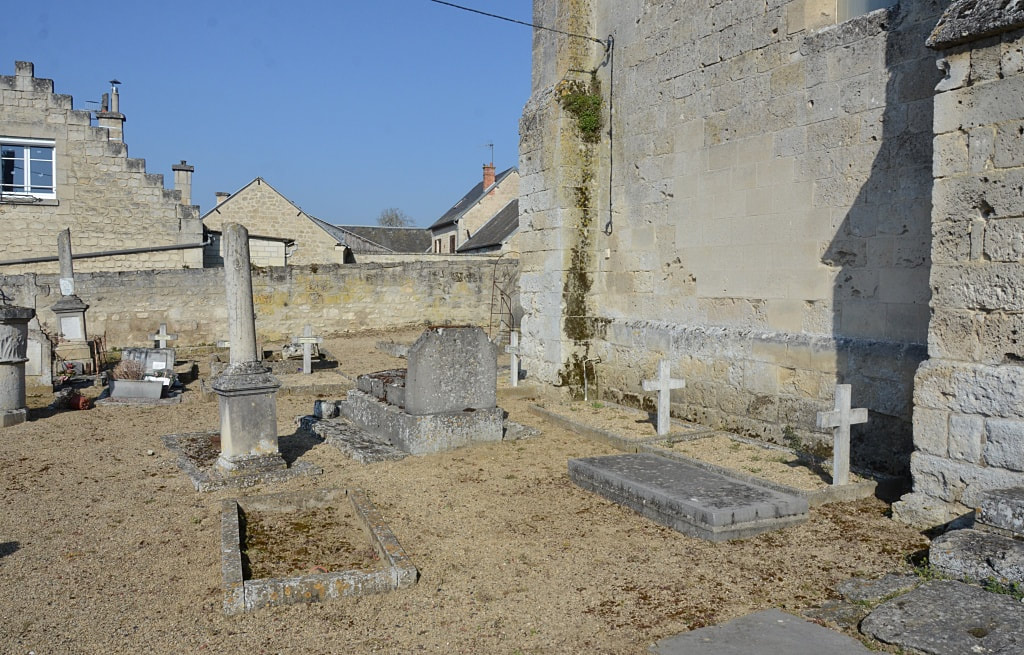 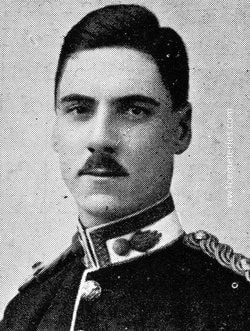 His headstone bears the inscription "He Gave His Life"