The village of Erquinghem-Lys is situated approximately 1.5 kilometres west of Armentieres.

Take the D945 from Armentieres toward the centre of Erquinghem-Lys and then turn right immediately before the Town Hall. The cemetery is 50 metres along this road on the right hand side.

The village of Erquinghem-Lys was occupied by German forces early in October 1914, and taken by the 1st Somerset Light Infantry on 16 October. It remained in Allied hands until 10 April 1918, when the 101st Infantry Brigade and the 1st/4th Duke of Wellington's, after a stubborn defence, evacuated the village during the great German offensive. The village was finally retaken in September 1918.

The earliest Commonwealth burials were made in two places in the churchyard itself, in October 1914-January 1915, but these 27 graves were moved into the extension (Plot II, Row G, and Plot III, Row G) in 1925, the churchyard being closed for burials.

The extension was begun in April 1915 and used by units and field ambulances until April 1918. It was continued down to the stream by the Germans (who also used the churchyard) in the summer of 1918, and in September and October 1918, it was used again for some Commonwealth burials.

The extension now contains 558 Commonwealth burials of the First World War (eight of them unidentified) and 130 German burials. One unidentified Russian servicemen is also buried in the extension. 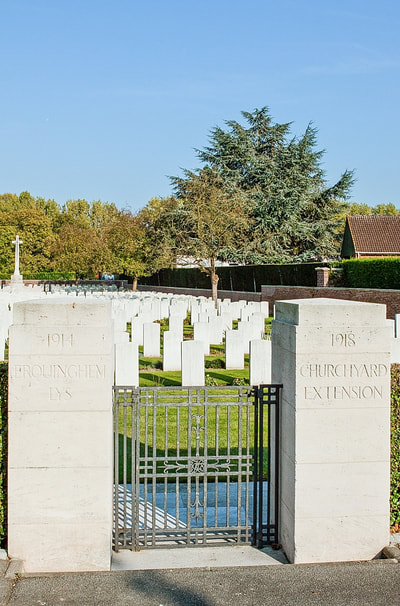 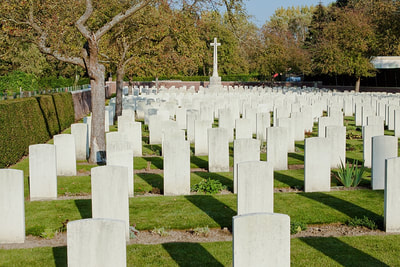 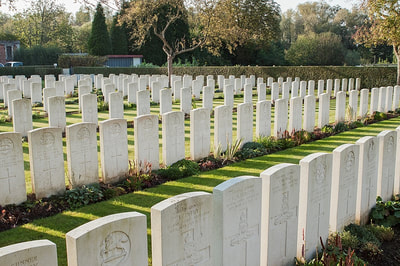 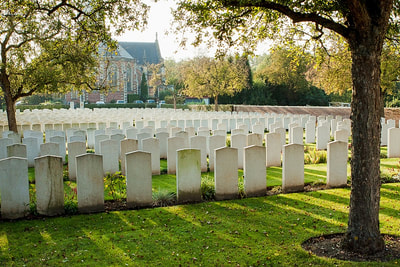 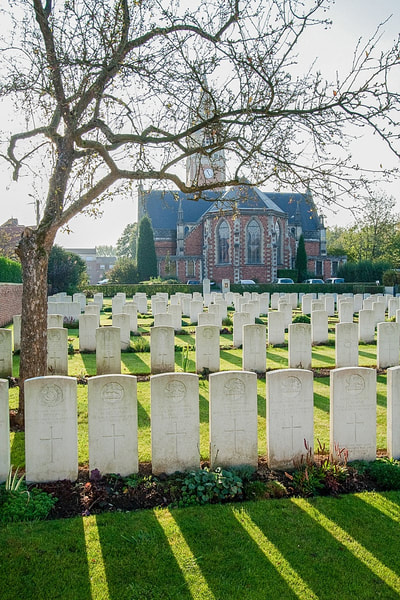 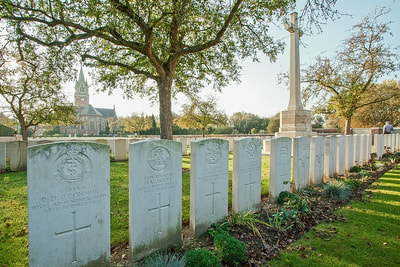 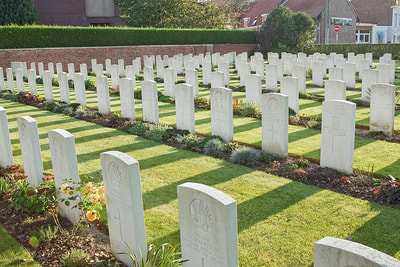 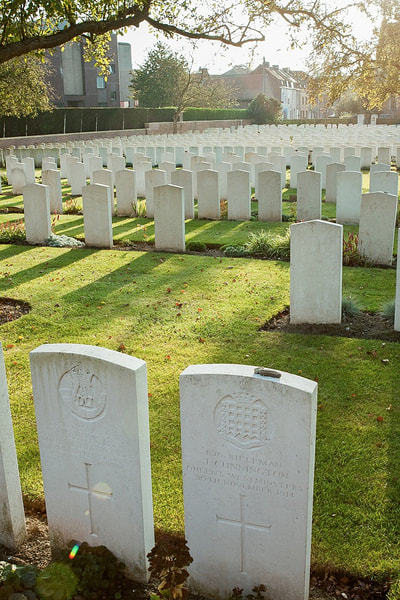 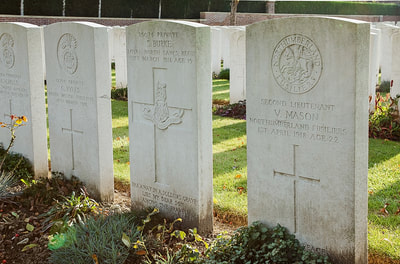 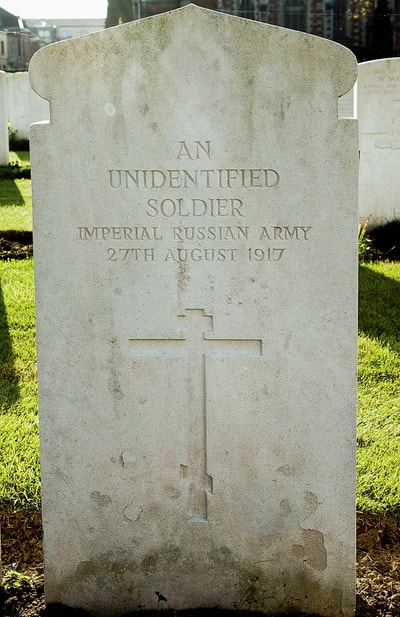 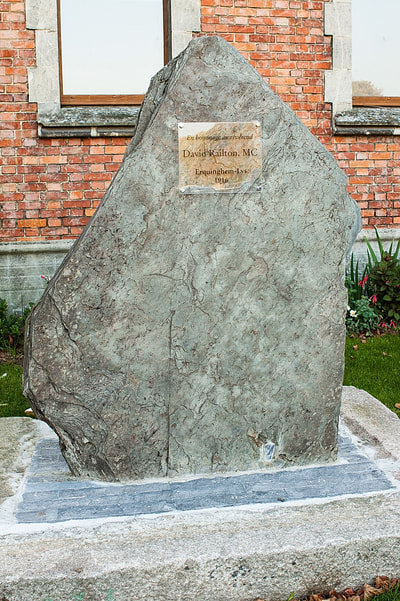 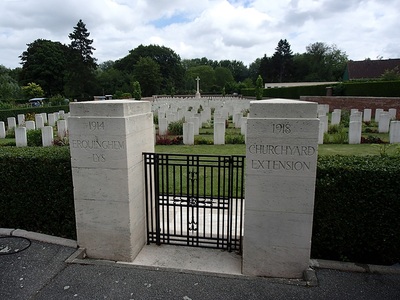 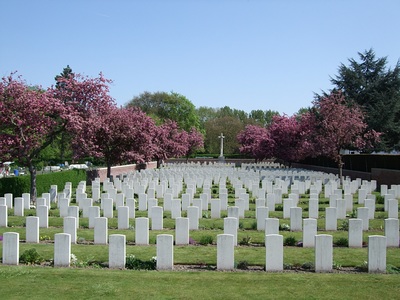 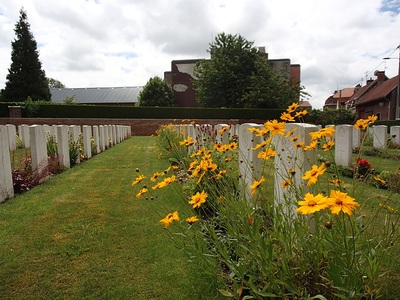 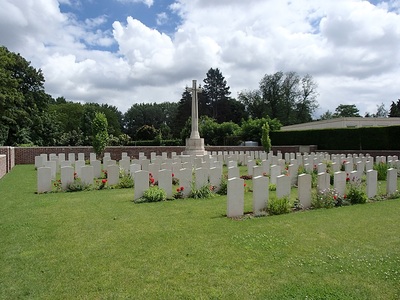 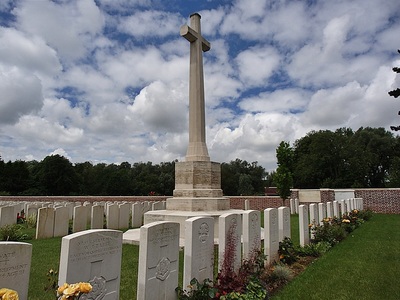 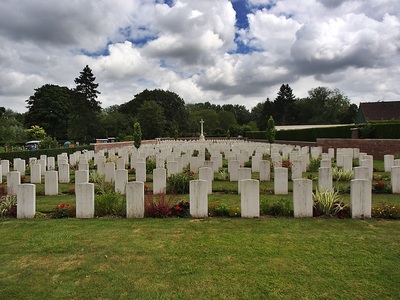 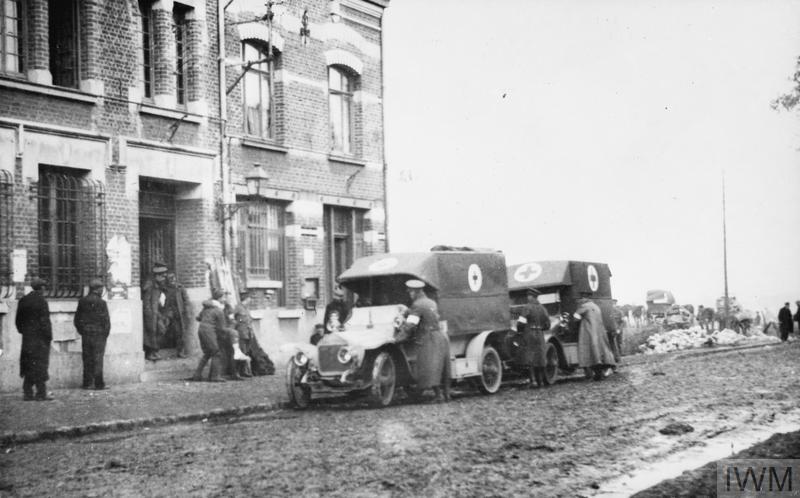 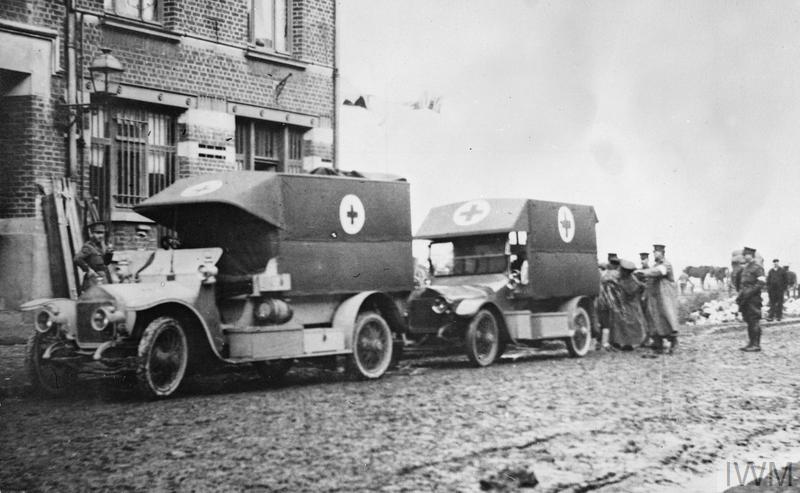 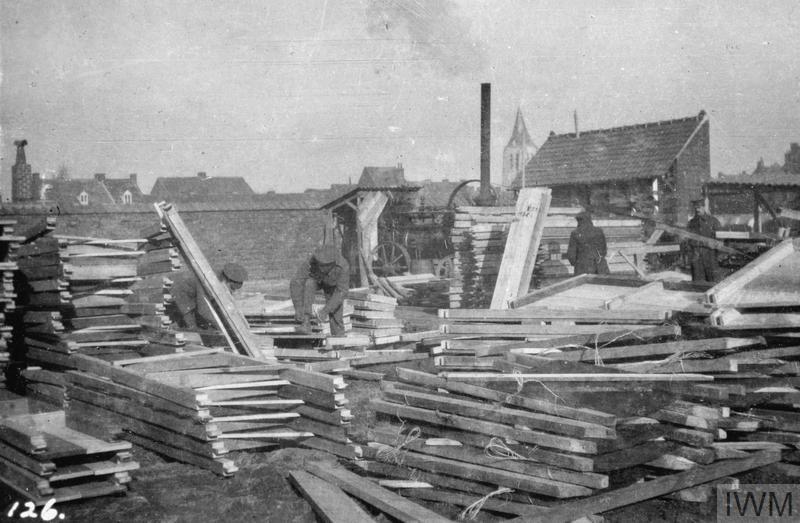 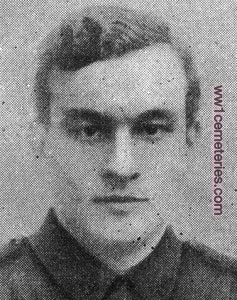 The inscription on his headstone reads; "Death hath no terrors."

A bank clerk prior to enlisting, he embarked from Sydney aboard HMAT Orsova (A67) on 14 July 1915. He died on 22 June 1916, at the 2nd Australian Field Ambulance, France, of wounds received in action earlier that day, aged 19.

4260 Private Slater gave this description of the last moments of Jack Caswell; "At Fleurbaix, Caswell, who was of "D" Co., was on the parapet early morning fixing sand bags in the company of Pte. Marshall. Caswell was struck by a Machine Gun, one bullet going through his body. He was lifted off the parapet and laid on the fire-step. He said, "I'm shot, send for the S. B. (Stretcher Bearer)." At the clearing station he said "My poor mother, what will she do?" He was buried but I'm not sure where." 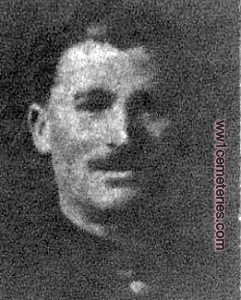 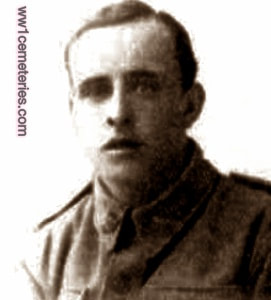 The inscription on his headstone reads; "Greater love hath no man he laid down his life for others." 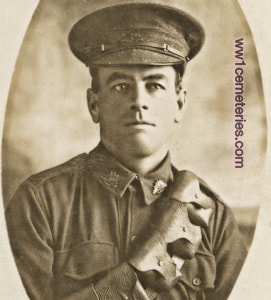 A farm hand prior to enlistment on 16 March 1915, Pte Lamont embarked from Melbourne aboard HMAT Euripides (A14) on 10 May 1915. He arrived at Gallipoli on 30 August and was promoted to Lance Corporal just prior to the evacuation of the AIF in December. On 27 May 1916, Lance Corporal Lamont died of injuries in France, aged 25. After an inquiry into his death, a board found that he died as a result "of a self inflicted shot wound as the result of a mental aberation, as there is a complete absence of either motive or premeditation." 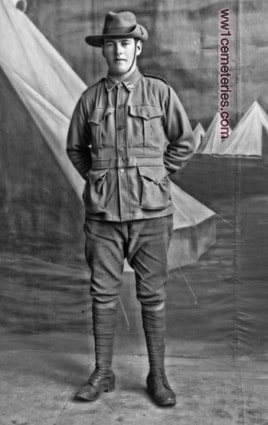 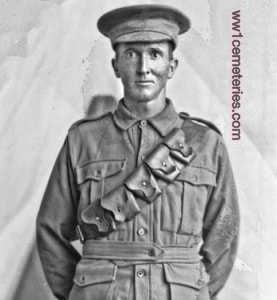 His headstone has the following inscription; "A son and brother, kind and true. Loved and respected by all he knew."

His headstone has the following inscription; "Till the day dawns and the shadows flee away." 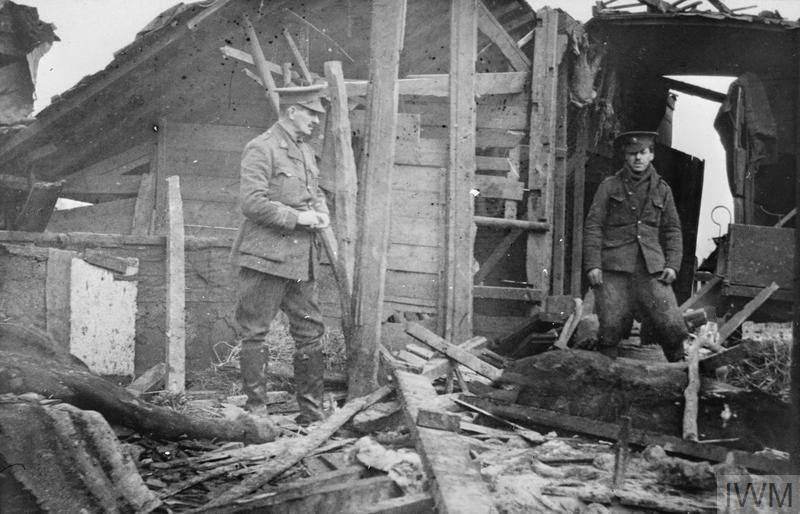 The effect of the first shell which landed in Erquinghem-Lys, November 1914. The stable was demolished and two horses (seen left and right) were killed. The driver, between them, who was grooming them at the time, was untouched. Lieutenant Colonel A A Watson, commanding officer of the 18th Field Ambulance, 6th Division, is in the centre. © IWM (Q 50226) 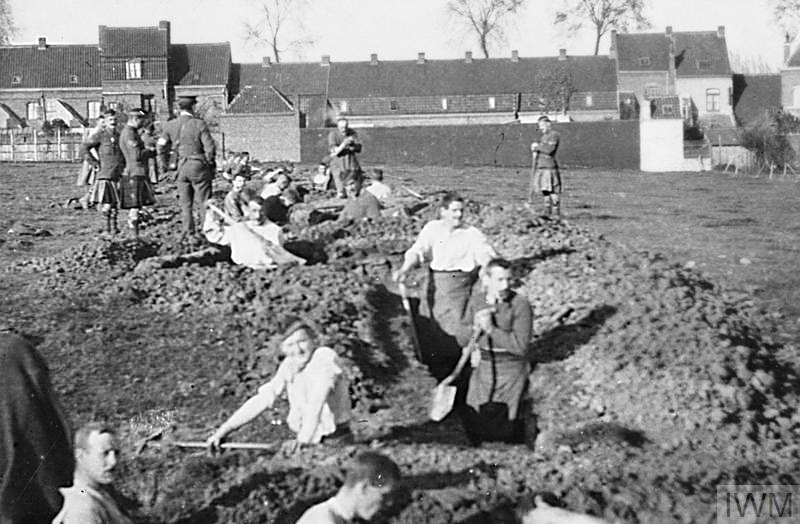