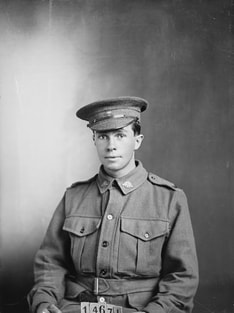 Studio portrait of 5198 Private Lionel Alfred Seccombe, 7th Battalion who was a 21 year old buyer from Malvern, Victoria, when he enlisted and embarked for overseas with the 16th Reinforcements from Melbourne on 1 April 1916 aboard HMAT Suffolk. He transferred to the 59th Battalion in Egypt and embarked with them for France, arriving on 30 June 1916. On 8 September 1916, he was wounded in action and died of those wounds on 11 September 1916. Private Seccombe is buried in the Estaires Communal Cemetery, 11 kilometres west of Armentieres, France. 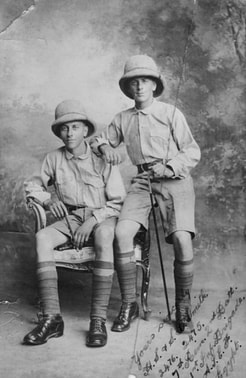 Studio portrait of brothers, 2476 Private (Pte) Henry Sydney Sholto Brooks Smith, left, and 2475 Pte Sydney Brooks Smith both of the 2nd Battalion and from Petersham, NSW. 2476 Pte Henry Smith, a dyer and dry cleaner prior to enlistment and 2475 Pte Sydney Smith, a fitter, embarked with the 7th Reinforcements from Sydney aboard HMAT Orsova (A67) on 14 July 1915. After further training in Egypt, they served at Gallipoli until the evacuation in December 1915. The Smith brothers arrived in France for service on the Western Front in March 1916. 2475 Pte Sydney Brooks Smith was wounded in action at Pozieres, France, on 3 July 1916 and died of his wounds later that day. He was 22 years of age. Pte Henry Brooks survived the war and returned home to Australia on 31 May 1919. 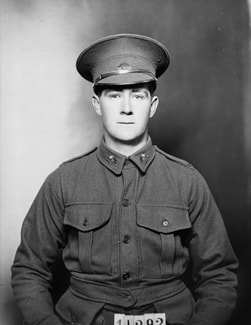 Studio portrait probably of 3466 Pte Ernest Stevens, 11th Reinforcements, 8th Battalion, of Waterloo, Vic. Pte Stevens enlisted on 7 July 1915 and embarked from Melbourne aboard HMAT Nestor on 11 October 1915. He died of wounds on 3 June 1916 in France. 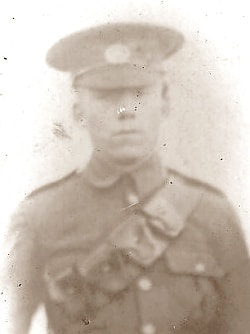 Henry joined the Northamptonshire Regiment of the British Army in August 1907 aged 17 years and was serving in Alexandra, Egypt when war broke out in Europe in July 1914. The regiment returned to England in October 1914 and landed at Le Havre in France on 5th November 2014 where the unit came under the command of 8th Division and remained on the Western Front throughout the rest of the war.
Henry had signed up for 7 years in the colours and had served his 7 years in August 1914 just after the outbreak of war and he was due to be demobilised on or before August 1915.
Henry was fatally wounded on 23rd January and died 2 days later. Henry was a well-known and successful regimental boxer. 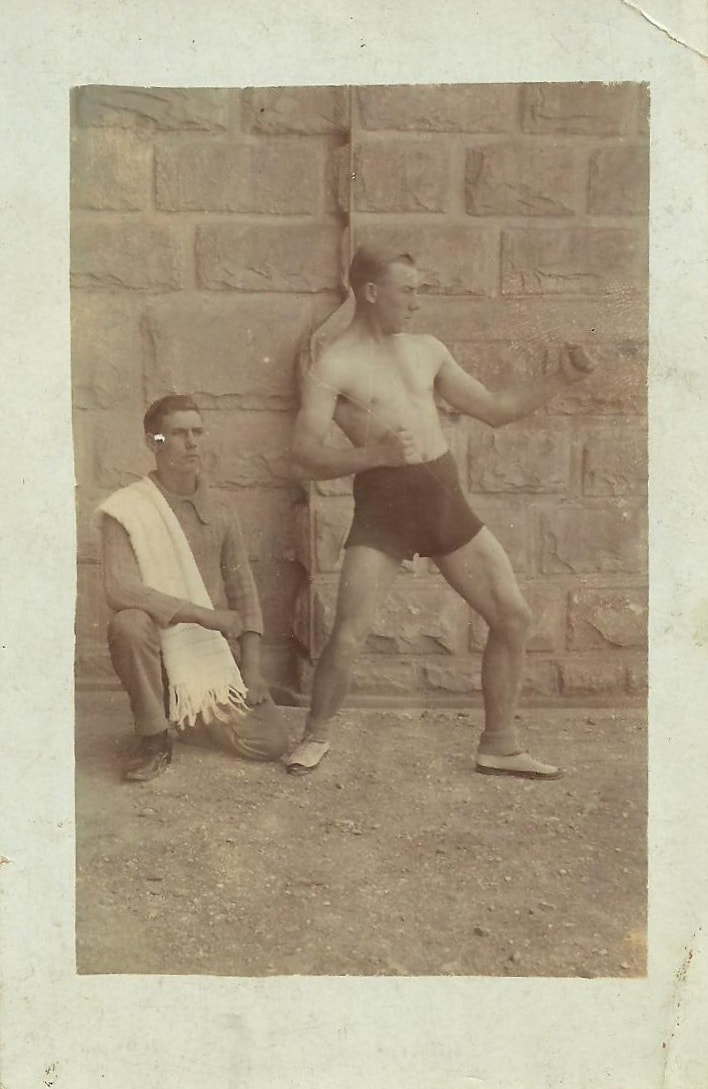 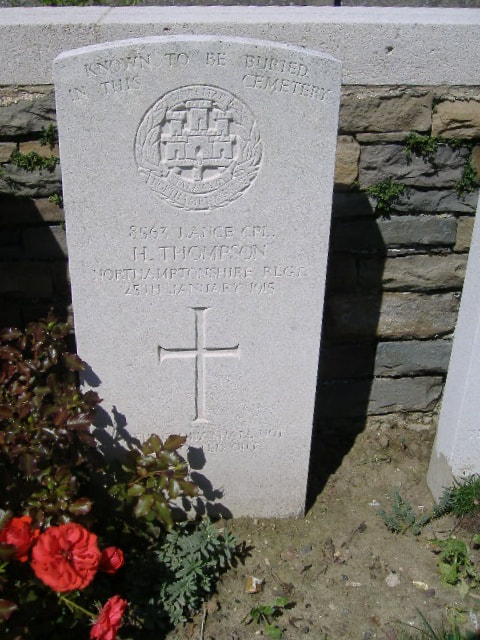 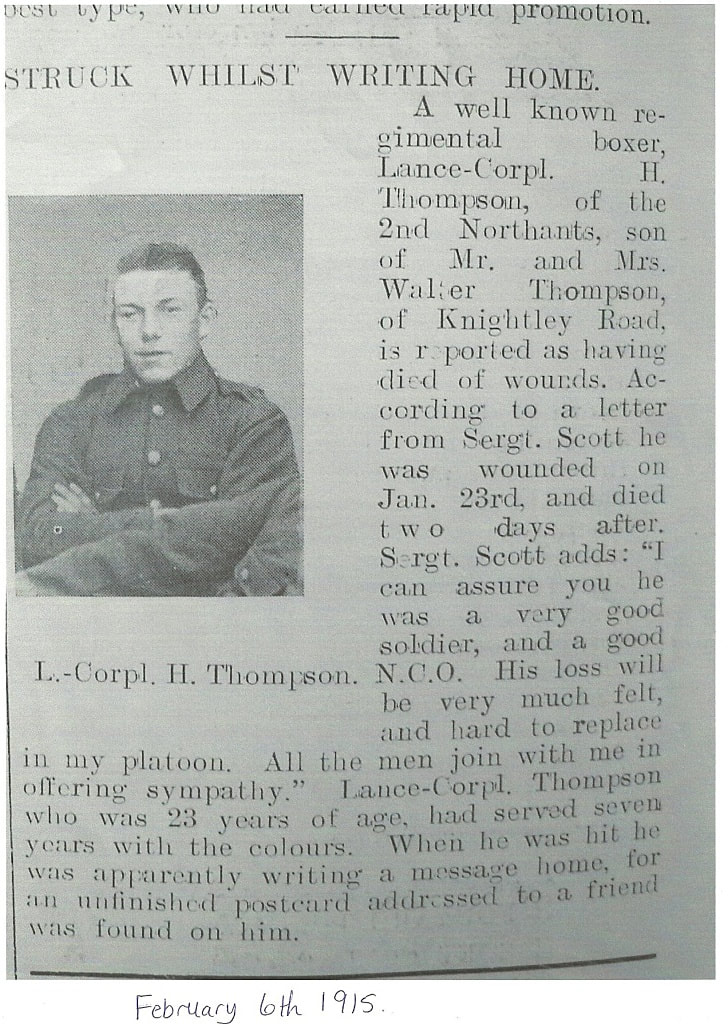 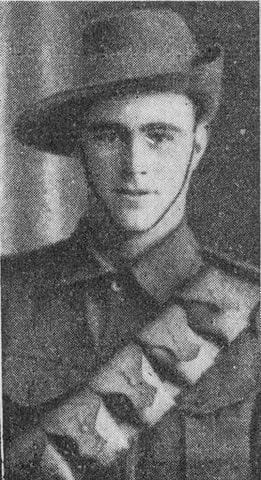 Studio portrait of 2092 Private (Pte) Walter Tipping, 6th Light Horse Regiment, of Canbelego, NSW. A labourer prior to enlisting on 4 September 1915, he embarked from Sydney, NSW, aboard HMAT Wandilla, on 3 February 1916. He died of wounds in France on 21 August 1916 and is buried in the Estaires Communal Cemetery, France. 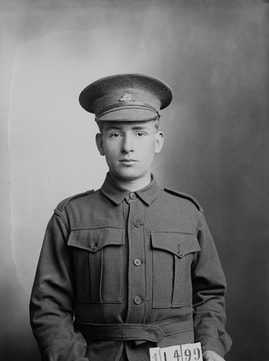 Studio portrait of 976 Private (Pte) Leonard Tunbridge, C Company, 29th Battalion, of Tongala, Vic, aged 18 years. Pte Tunbridge enlisted on 19 July 1915 and embarked from Melbourne aboard HMAT Ascanius on 10 November 1915. He was later promoted to sergeant. He died of wounds on 29 August 1916 in France and is memorialised at Estaires.