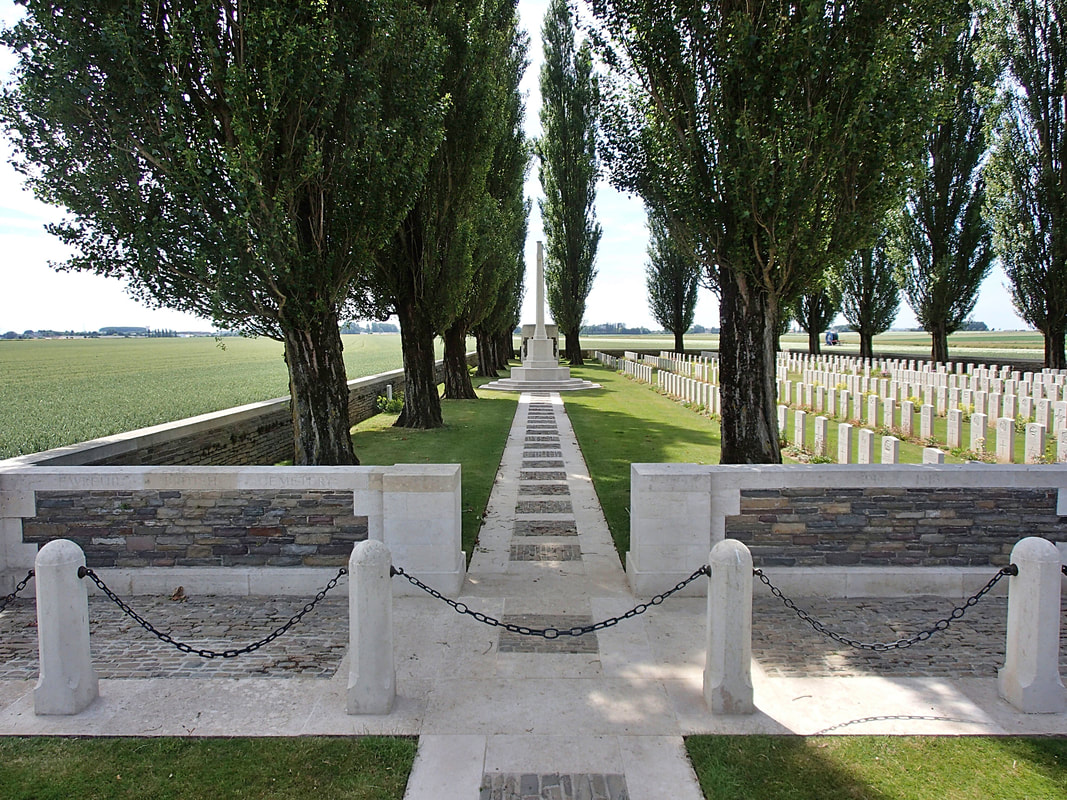 Favreuil is a village in the Department of the Pas-de-Calais about 2 kilometres north of Bapaume.

From Bapaume take the road to Douai (D956) and continue for 2.5 kilometres. Turn left onto the D10E and continue for 350 metres. Favreuil British Cemetery will be found on the left hand side and is visible from the road.

Favreuil village was occupied by British troops in March, 1917, lost in March, 1918, and retaken by the 37th and New Zealand Divisions on the 25th August.

The cemetery was begun in April, 1917, and used until March, 1918, by fighting units (particularly of the 62nd (West Riding) Division) and Field Ambulances. Further burials were made in August and September, 1918, and after the Armistice British graves were brought in from the neighbouring battlefields and other burial grounds, including:-

BEAULENCOURT CHURCHYARD GERMAN EXTENSION, in which three South African soldiers and two from the United Kingdom were buried in July, 1916.

BEUGNY GERMAN CEMETERY No.3 (adjoining the present Red Cross Corner Cemetery), in which 350 German soldiers, eight from the United Kingdom and one from New Zealand were buried.

VELU CHURCHYARD, which contained the graves of 39 German soldiers and five from the United Kingdom.

There are now nearly 400, 1914-18 war casualties commemorated in this site. Of these, over ten are unidentified and special memorials are erected to four soldiers from the United Kingdom known or believed to be buried among them. Another special memorial records the name of a soldier from the United Kingdom, buried in Favreuil German Cemetery, whose grave could not be found.

The bodies of 484 German soldiers were removed after the Armistice from a German Cemetery of 1918 on the North-West side, and 45 from the British Cemetery.

The cemetery covers an area of 1,983 square metres and is enclosed by a rubble wall.

He was conscripted on 21 June 1916. While still in the UK, he had absented himself for 2 days; briefly broken out of confinement at camp; & in October, had gone missing again for some weeks.  On 14 Nov, he received 112 days’ detention for desertion.

After arrival in France, he fell out from the line of march on 19 Feb 1917; was arrested in Albert on 4 March; & at court martial received a sentence of death, which was commuted to 5 years’ penal servitude, suspended.

In the evening of 24 Apr 1917, at Metz en Couture, his platoon was instructed about an attack that night, but Allsop was found to be missing from roll-call soon after. On 30 Apr he was found at Méaulte, his explanation about going to hospital to report sick being considered unsatisfactory — & he was arrested.

At trial — where he was represented by a Captain from another battalion — Allsop said that he had only just turned 19; mentioned various aspects of family trouble; & said that he had been in a weak state of health, but had not been to the doctor.

The prisoners’ friend asked the court to take into account the accused’s extreme youth & his home troubles.

After conviction, Allsop’s age was given as 19 years & 11 months; & Allsop pleaded for a chance to go into the line — where he had apparently never served — ‘to make up for lost time’.
​
Sentence was confirmed,& Allsop executed by a squad from the battalion snipers.  (Corns, pp.347-349) 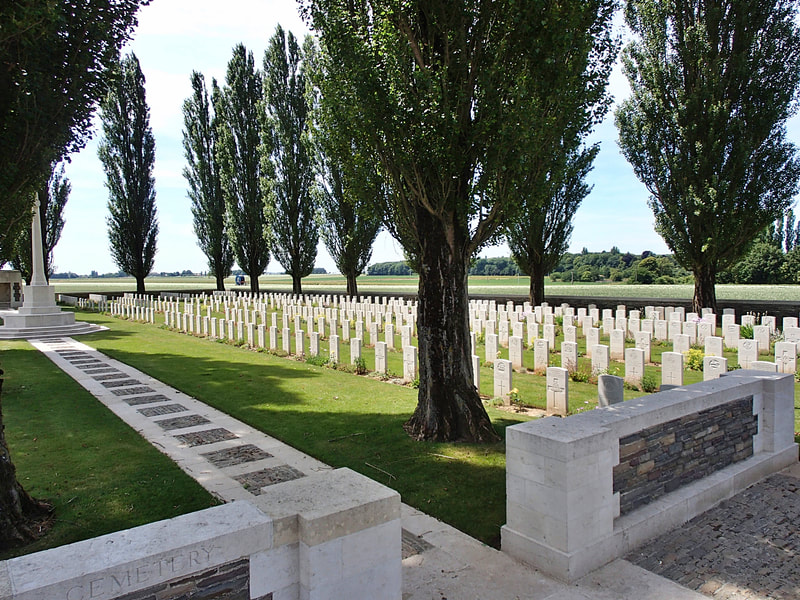 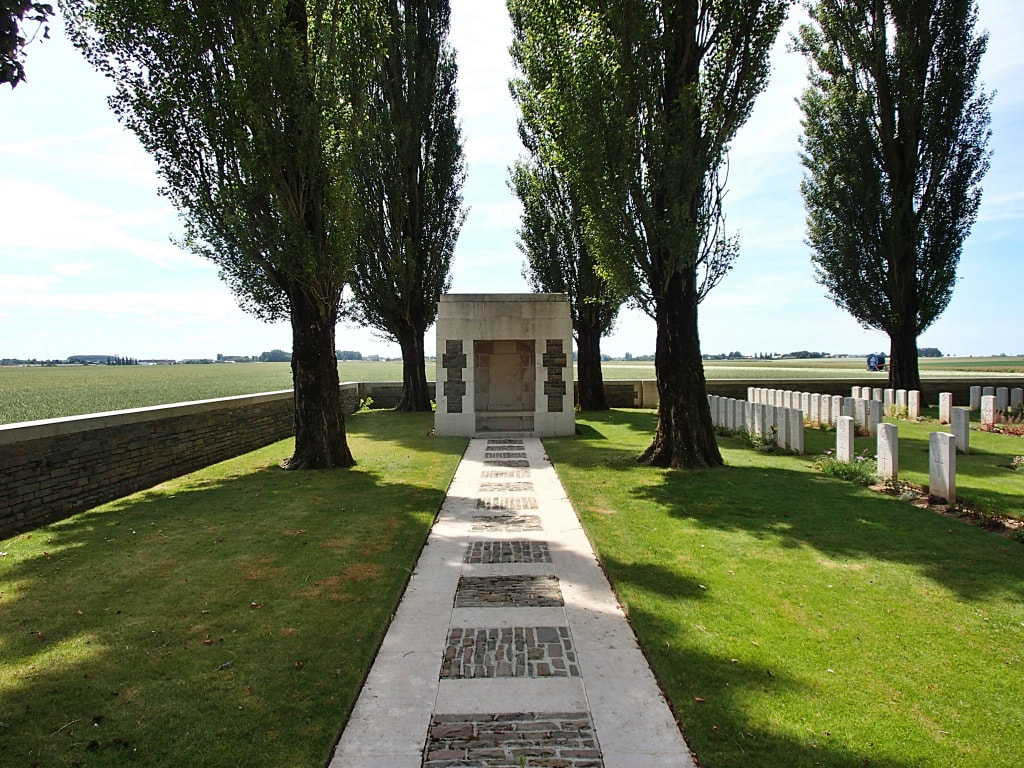 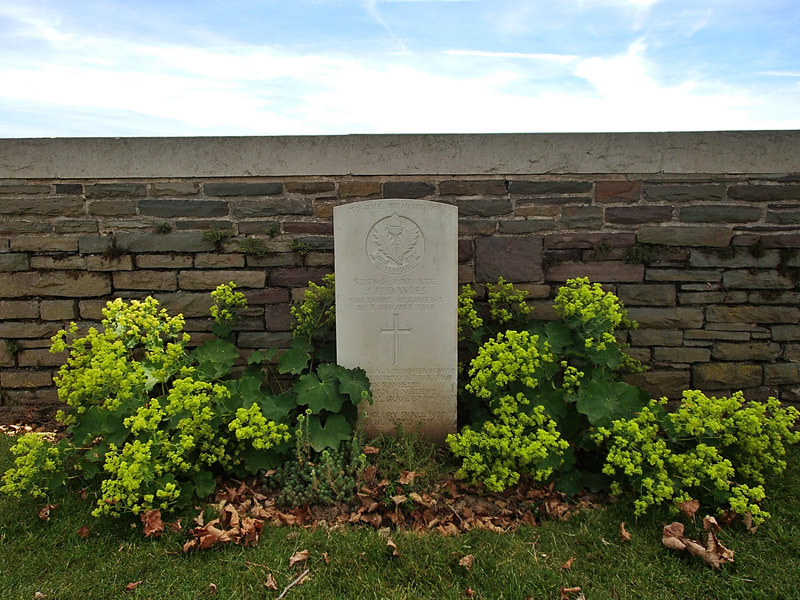 The Chateau at Favreuil, March 1917.
The Chateau and part of its grounds near the Somme village of Favreuil. Favreuil was occupied by the 23rd Battalion in March 1917 in the wake of the Germans' retreat towards the heavily fortified Hindenburg Line. 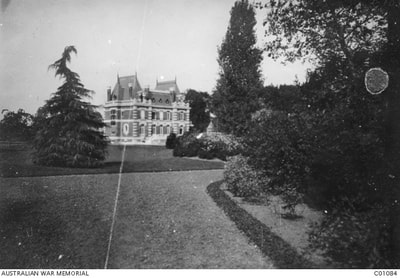 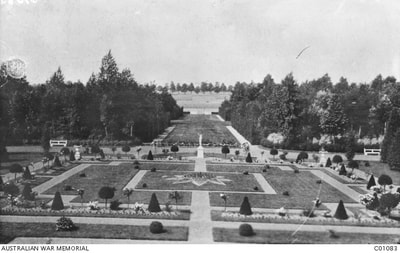 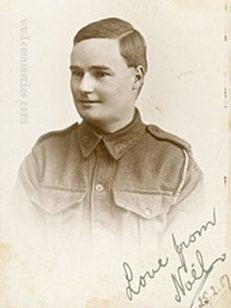 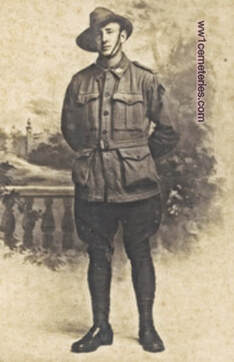 His headstone carries the simple inscription; "Died of Wounds, R.I.P."

John "Jack" Dwyer was killed by a fragment of shrapnel which struck his forehead whilst he was sat on his bed in the dug-out, eating a meal. He was taken, unconscious to the dressing station and did not survive the wound." 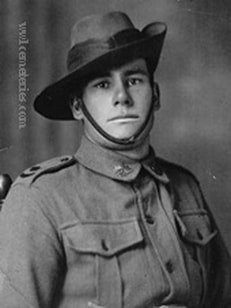 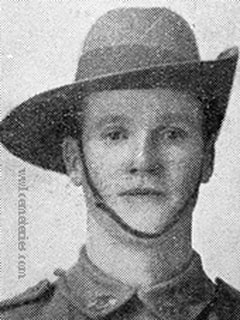 Son of Alfred and Charlotte Watts, of Crane St., Concord, New South Wales. Native of Hillgrove, New South Wales.
​
A boilermaker prior to enlisting, he embarked from Sydney aboard the HMAT Ceramic (A40) on 7 October 1916. He was wounded in action, on 19 May 1917 while on a fatigue patrol between Vaux and Noreuil, near Bullecourt, France and died soon after en route to the Casualty Clearing Station, aged 24. 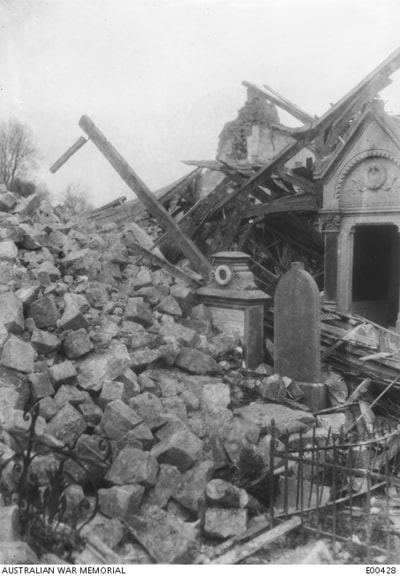 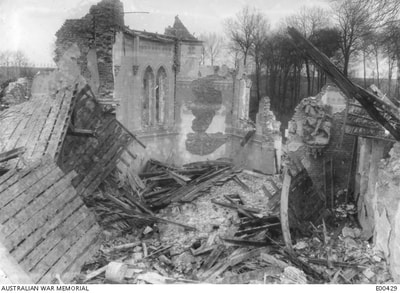 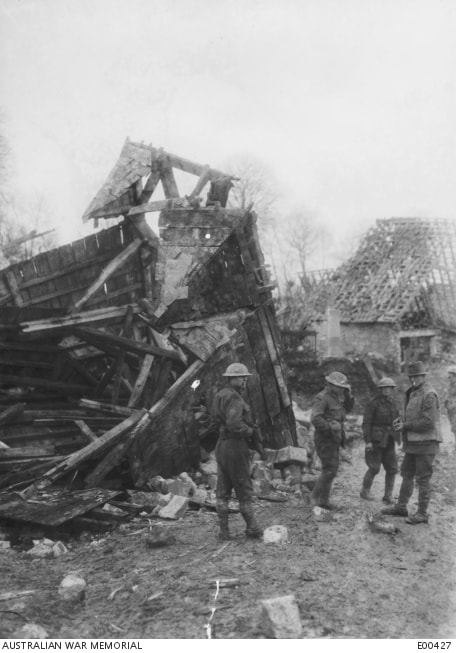 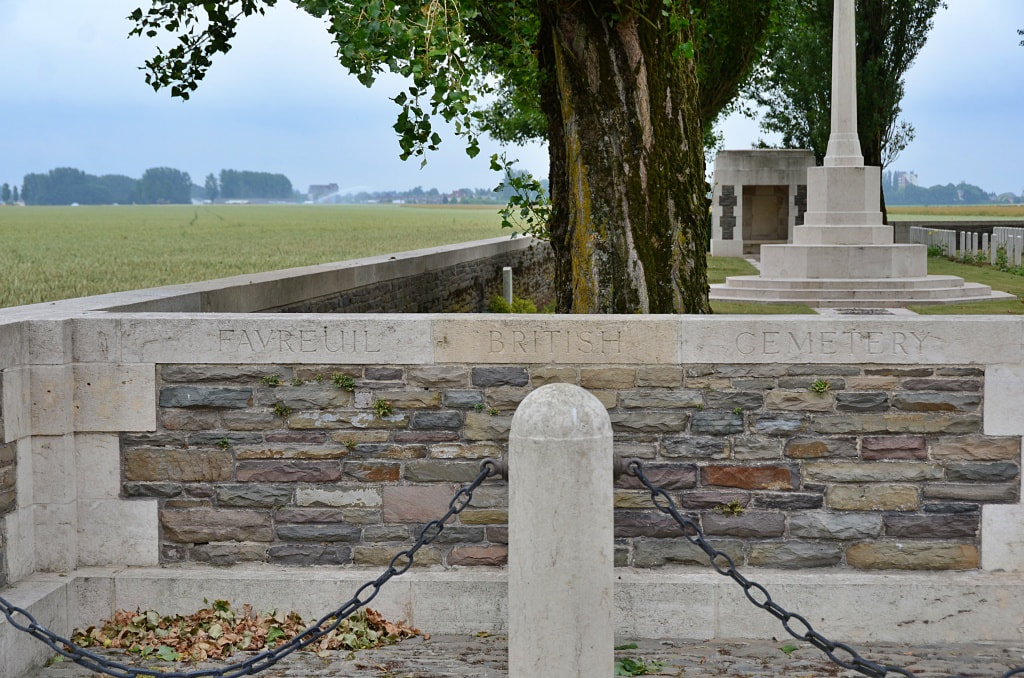 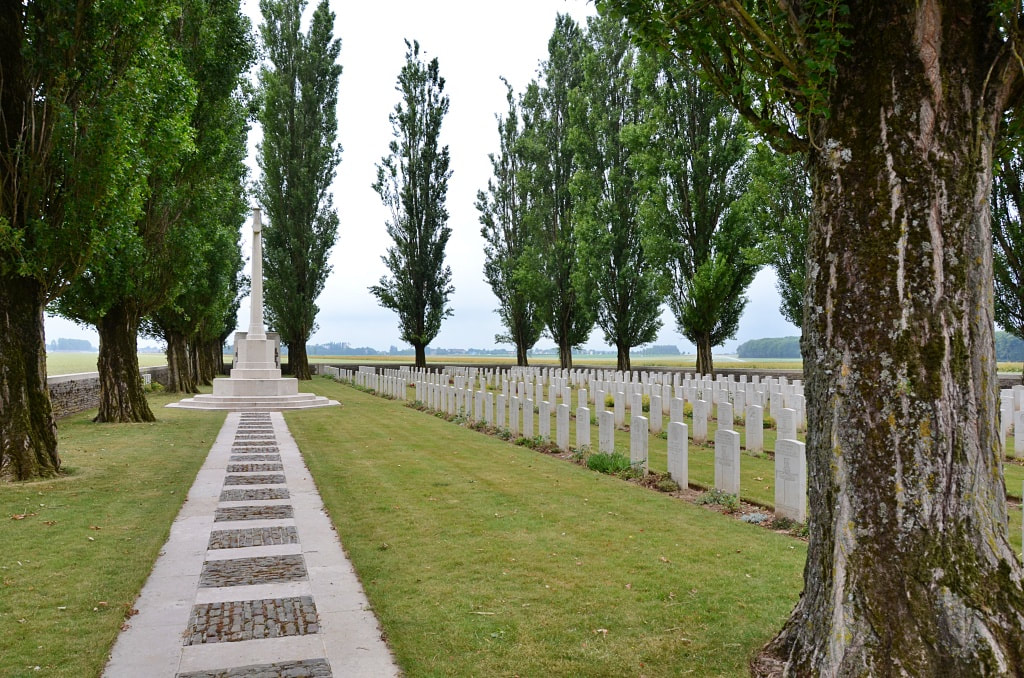 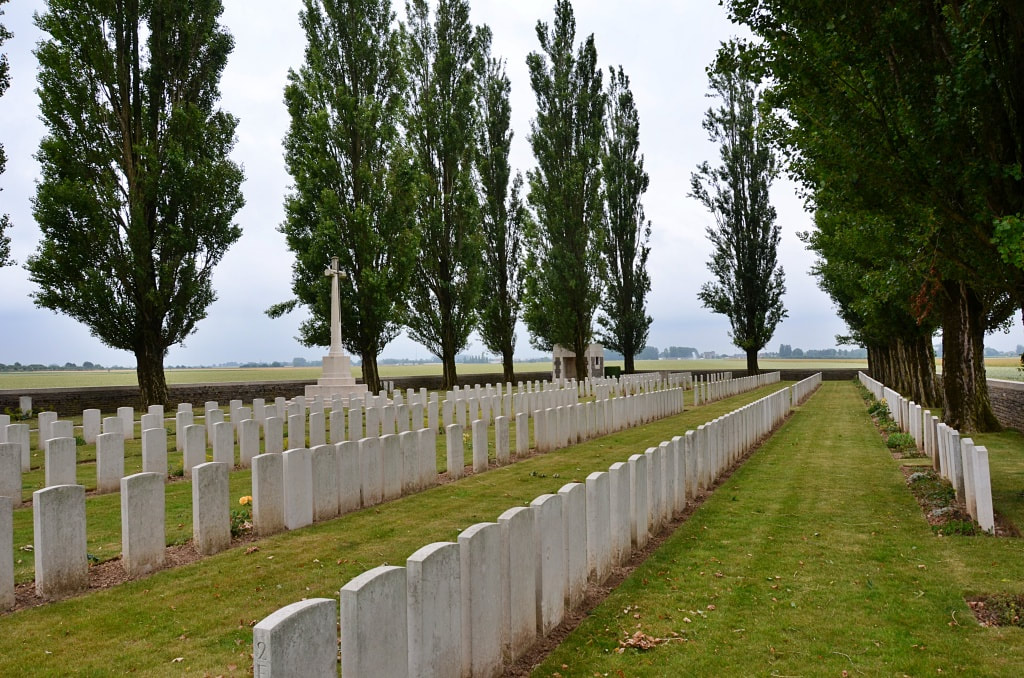 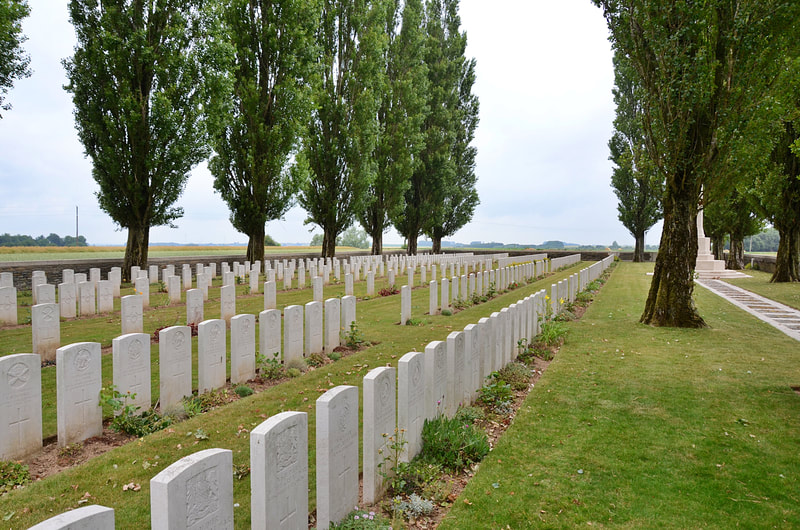 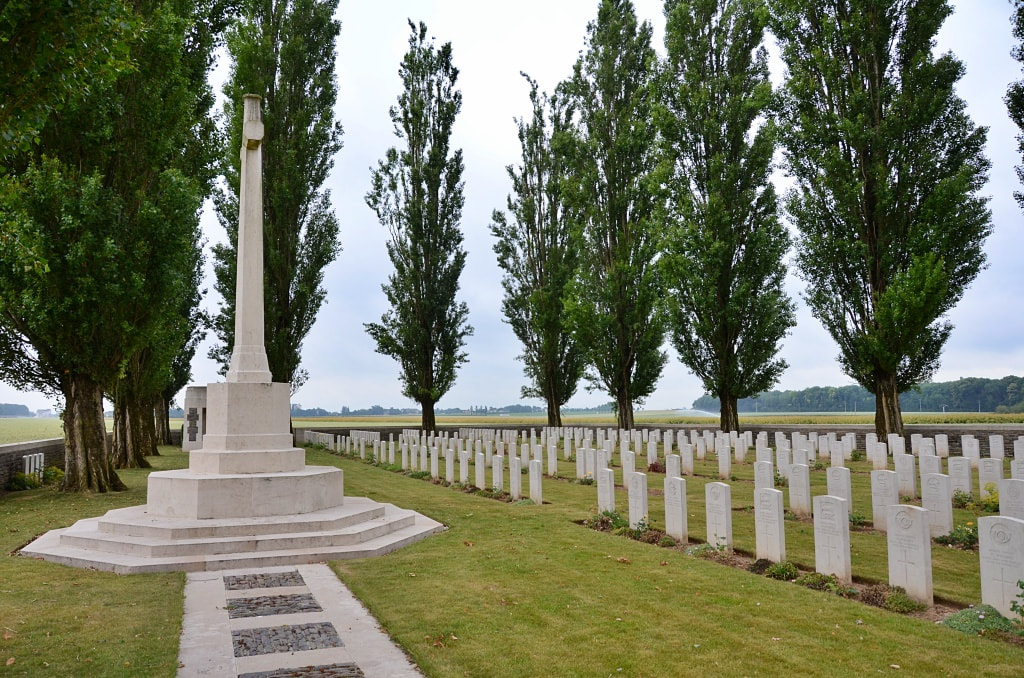 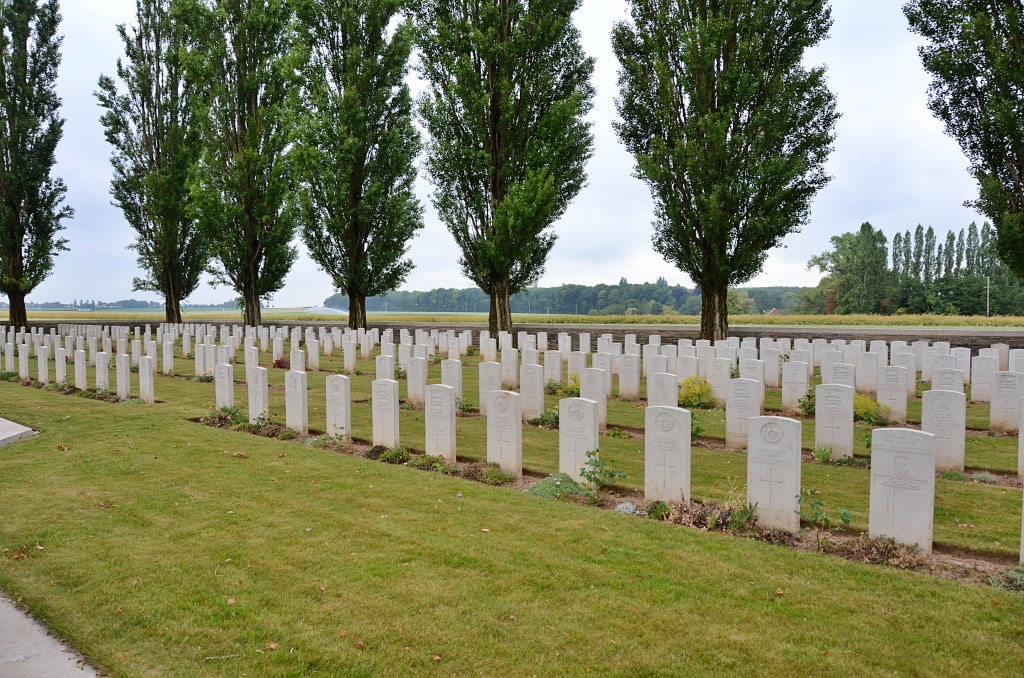