Karasouli Military Cemetery is on the edge of the town of Polykastro (formerly Karasouli) which lies some 73 kilometres from Thessaloniki, between the River Axios (Vardas) and the south end of Lake Ardzan (now dry and replaced by a reservoir). The cemetery is behind the football stadium and is next to the Civil Cemetery.

Take the main highway north from Thessaloniki to Evzoni & Skopje. After approximately 70km take the exit signed Kilkis and Polykastro where you shall pick up the CWGC signs that shall lead you into Polykastro and to the cemetery.

The cemetery was begun in September 1916 for the use of casualty clearing stations on the Doiran front. At the Armistice, it contained about 500 burials but was greatly increased when graves were brought in from the following cemeteries:

HADZI BARI MAH MILITARY CEMETERY - graves transferred to Karasouli in April 1919.
Hadzi Bari Mah (also known as Haji Bari Mahalesi) is a village at the foot of the mountains 14 miles West of Lake Doiran, across the Vardar river. The Military Cemetery, South of the village, was in use only from the 25th August to the 17th September 1918. It contained 61 British and 2 Bulgar graves, and 46 of these were the graves of men of the 10th Hampshires and the 2nd Gloucesters who captured the enemy salient here on the 1st September.

CAUSSICA MILITARY CEMETERY - graves transferred to Karasouli in November 1920.
Caussica (also known as Chaushitsa) is a village in the marshes on the North side of Lake Ardzan. The Military Cemetery, begun in February 1917, contained 62 burials from Field Ambulances; but in February 1919, it was increased by the removal to it of four isolated graves and of those from the Military Cemeteries of:-
Senelle Ravine, a front line position between Doiran town and the Greek border, where the British cemetery contained 95 British graves.
Gugunci (properly Chuguntsi), a village about four miles North-East of Caussica, where between August 1916, and September 1918, the Field Ambulances buried 154 British soldiers.
Doldzeli (or La Tortue, or Torquay), a front-line cemetery a mile South West of Lake Doiran with 23 British graves.
Reselli (or Ereselli), a village three miles North-West of Caussica, where the 13th Manchesters began a cemetery of 31 British graves.
Kilindir (or Krundirtsi), a village with a railway junction three miles South of Lake Doiran, where 45 British soldiers were buried in two cemeteries.
Ardzan (Arjan, or Harajinovo), a village two miles West of Caussica, where the 12th Cheshires began a front-line cemetery of 22 British graves.

KALINOVA MILITARY CEMETERY - graves transferred to Karasouli in December 1920.
Kalinova is a village two miles North East of Caussica, at the foot of the hills which stand between Lakes Ardzan and Doiran. The Military Cemetery, used by Field Ambulances from October 1917, to September 1918, contained at the Armistice 52 British graves; but early in 1919 there were brought into it the British graves from the Military Cemeteries of-
Kalinova No.2 - 18 graves.
Rates, a village five miles South of Lake Doiran - 11 graves.
Cidemli, a village 2.5 miles to the North, where the small cemeteries of the 8th D.C.L.I. and the 117th Brigade, R.F.A., and two others contained 30 British graves.
Senelle Ravine, where 35 British soldiers were buried in the French Military Cemetery.
Horseshoe Hill, captured by the O.B.L.I. in August 1916, a cemetery on the Greco Serbian boundary which held 162 British graves and was largely used in the fighting of April 1917.
Pearse Ravine, a front line cemetery containing 74 British grave.
Whaleback, Worcester Post, Bastion Hill, Crow Hill, Kidney Hill, Scratchbury Hill, Christmas Ravine, Clichy and other points named from positions opposite the Petit Couronne and the Grand-Couronne, where 94 British soldiers in all were buried.

He enlisted on 9 Sept 1914, & had served on the Western Front twice, being wounded on each occasion. On the night of 7-8 May 1917, his company was — after detailed training — due to attack the Bulgarian positions, Ashton being present when the company commander went through the orders  with his NCOs.  When the company prepared to attack at 2030, Ashton was not present, & so missed taking part in the operation which lasted till early morning on May 9 — on which day Ashton reported at a camp more than 2km. to the rear.

It appeared at trial that Ashton & another NCO had fallen asleep, not waking up until the bombardment started between 2100 & 2200.  After debating between them what to do in the absence of their comrades, Ashton decided that ‘it would be a silly idea for us to try & find the company’, his companion however ‘went off to try & find the boys’.
When Ashton was asked in cross-examination why he did not try to contact his unit, he replied: ‘Because I knew that they would think that I had missed them intentionally & I couldn’t face them’.

Following conviction, a reference was adduced saying:’….works well if supervised, but has no great command over men’.
Mercy was recommended on account of good character & previous service.  The Brigade commander endorsed the comment of Ashton’s CO that ‘Ashton performed his duties in a slack & unsatisfactory manner’, & noted the poor state of battalion discipline; while the Divisional commander recommended execution because ‘men of this battalion have committed crimes to avoid taking part in operations’. (Corns, pp.280-282; Putkowski, p.229, including photograph of Ashton)
​
S/5470 Private  Archibald Brown, 10th Bn. Black Watch (Royal Highlanders), executed for desertion 1st June 1917. Row A. 22. Son of Mrs. Elizabeth Brown, of 28, Louth Street, Leven.

On 6 May 1917, his company were warned to proceed to the trenches that night, but the attack was postponed.  Brown reported for duty the next morning, but soon went missing — only to be found in the morning of 8 May, without a pass, in Salonika town — where he was arrested.

At trial, he was not represented, & said that after the postponement there had been no order to stand by — an excuse found inadequate.

He had enlisted on 12 Sept 1914.  His conduct sheet showed a string of entries, including a conviction in Feb 1917 for striking a superior officer, for which there was imposed a suspended sentence of 12 months’ imprisonment.
The Brigade commander called him a shirker,& his offence ‘one of sheer cowardice…..on the eve of operations’.  The other commanders agreed, & confirmation followed.  (Corns, p.279)
​
204232 Private  Robert Young, 11th Bn. Worcestershire Regiment, executed for desertion 18th September 1918, aged 21. Row D. 885.

In 1916 he was arrested for not reporting under the Military Service Act: when offered the option of immediate Army service or a prison sentence, Y opted for the latter & served 6 months.

He was mobilised in May 1917: within less than a month he had gone missing from camp & had been convicted of stealing from a comrade. Then in Sept 1917, he was tried for desertion in the UK.

Young was sent to Salonika in Jan 1918, & 2 months later was sentenced, for absence & stealing from a comrade, to 2 years’ imprisonment with hard labour.  4 months was served in the military prison at Salonika before the balance was suspended & Young returned to his unit on 10 July.

On 3 Sept 1918, his dugout in the front line was blown in, his rifle & equipment lost & a Corporal killed. Warned at 1845 for duty after stand-to at 1930, Young was found missing 30 minutes later. He had bought some biscuits & returned to his unit before finally making off.

By 2015 he was at the YMCA tent, where he spoke of having been wiped out by shell-fire. He remained there overnight & at 1130 on5 Sept was seen in the recreation marquee. Asked what he was doing, Young replied: ‘I have walked out of the line’.  His arrest followed.

In his defence at trial, Young admitted his absence over the 2 days; & stated that he had bought the biscuits since the shelling had caused him to miss his dinner. Whilst sharing them round, he had became upset when he reflected on the day’s events; & left, hardly knowing where he was going, but not intending to desert. After a night’s rest, he realised what he had done & had not the courage to come straight back.

A recommendation to mercy was added to the sentence, on the grounds that ‘the accused was at the time suffering from mental strain & had expressed an intention of doing his duty in the future’.

Young’s CO said that Young was a shirker, the Brigade commander noted that ‘….the example of one waverer may contaminate others at some some critical moment’; & confirmation followed. Corns, pp.282-284) 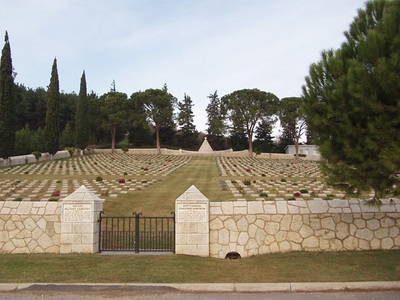 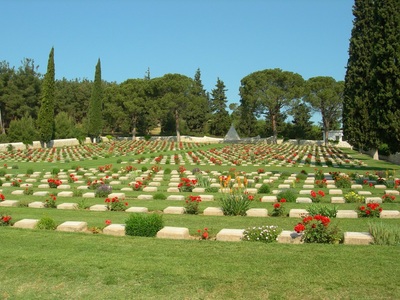 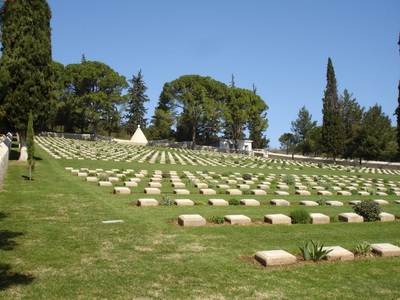 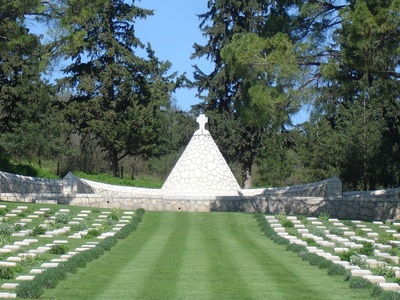 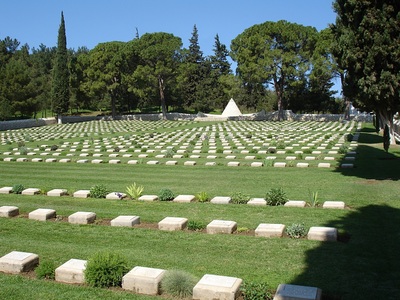 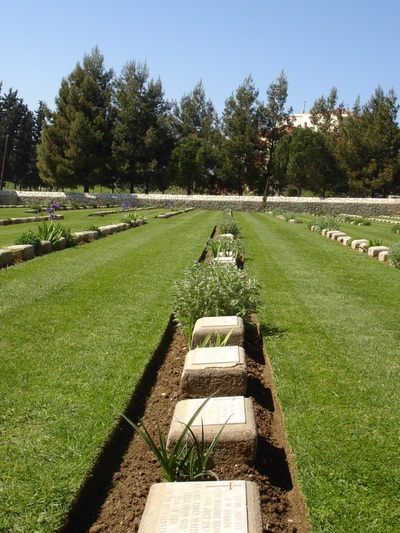 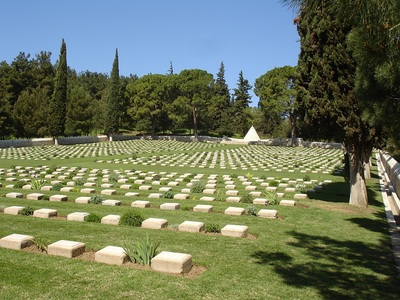 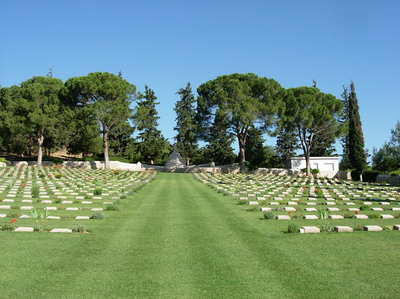 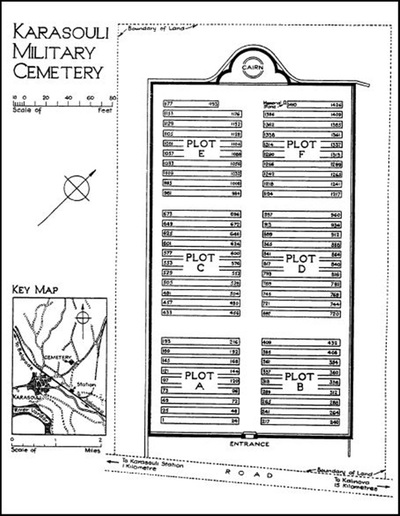 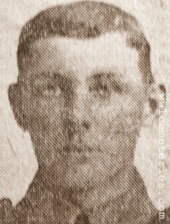 
Son of Joseph and Margaret Ashworth, of 46, Cleaver St., Burnley. 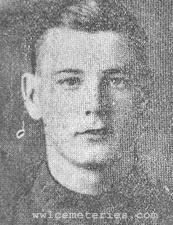 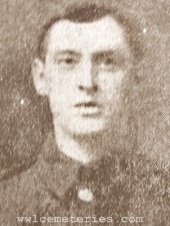 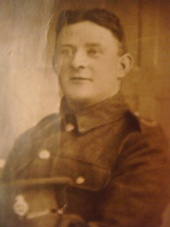 Left behind a wife and seven children 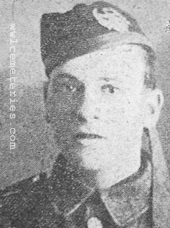 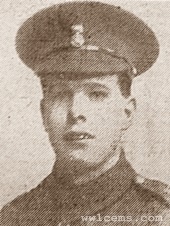 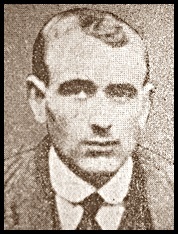 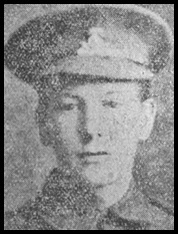 
Son of Frederick and Martha Graham, of 5, Whittlefield St., Burnley. 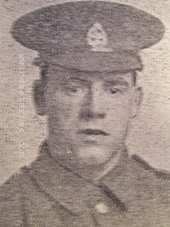 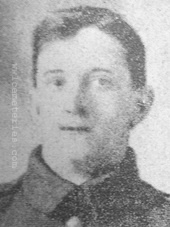 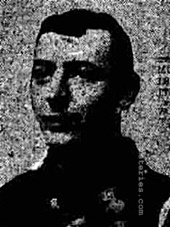 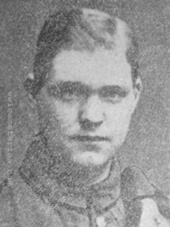