Mikra Memorial is inside Mikra British Cemetery and is situated in the Municipality of Kalamaria in the city of Thessaloniki just off Konstantinou Karamanlis Street between the army camp of Ntalipi (pronounced Dalipi) and the Kalamaria Greek Communal Cemetery.

From both the town centre and airport of Thessaloniki it is approximately a 20 minute drive
and can be accessed by first driving along Leoforos Ethnikis Antistaseos highway then entering Makedonias Street and turning right at the top of this road at the traffic lights. From there you enter Konstantinou Karamanlis and the cemetery is approx 300 metres further on your right and a CWGC sign is clearly visible.

The earliest Commonwealth burials took place in the local Protestant and Roman Catholic cemeteries, and the Anglo-French (now Lembet Road) Military Cemetery was used from November 1915 to October 1918. The British cemetery at Mikra was opened in April 1917, remaining in use until 1920. The cemetery was greatly enlarged after the Armistice when graves were brought in from a number of burial grounds in the area.


Within the cemetery will be found the MIKRA MEMORIAL, commemorating almost 500 nurses, officers and men of the Commonwealth forces who died when troop transports and hospital ships were lost in the Mediterranean, and who have no grave but the sea. They are commemorated here because others who went down in the same vessels were washed ashore and identified, and are now buried at Thessalonika.

HT "Marquette", torpedoed and sunk by 'U35' on 23 October 1915, 57.5 kilometres south from Salonika Bay, carrying the 29th Division Ammunition Column and the New Zealand Stationary Hospital.

HT "Arcadian" was torpedoed and sunk on 15 April 1917, 41.5 kilometres north east from the island of Milo (Melos), carrying reinforcements for Egypt.

Hospital Ship "Britannic", of the White Star Line, sunk by mine on 21 November 1916 in the Zea Channel between Greece and the Cyclades, on her way from Naples to Mudos.

Fleet Messenger "Princess Alberta", sunk by mine between Stavros and Mudros on 21 February 1917. 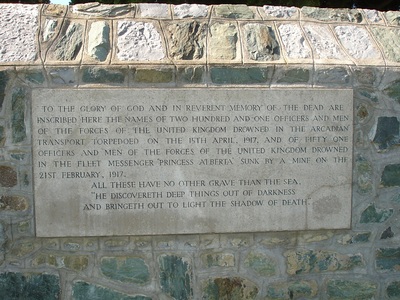 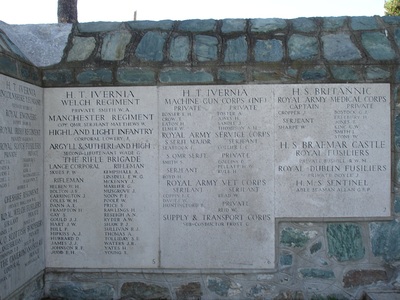 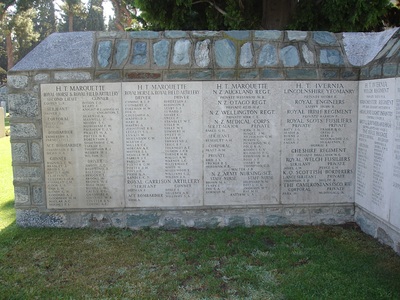 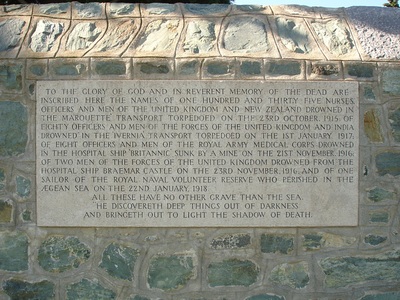 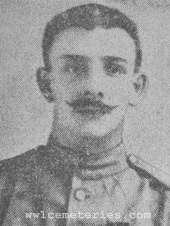