Ham is a small town about 20 kilometres south west of St. Quentin at the crossroad of the D930 St. Quentin-Roye and the D937 Peronne-Chauny.

The British Cemetery is in the village of Muille-Villette. From the town centre of Ham take the D932 in the direction of Noyon. The Cemetery is signposted from this road and is situated on the left hand side.

In January, February and March 1918, the 61st (South Midland) Casualty Clearing Station was posted at Ham, but on the 23rd March the Germans, in their advance towards Amiens, crossed the Somme at Ham, and the town remained in German hands until the French First Army re-entered it on the following 6th September.

Ham British Cemetery was begun in January-March 1918 as an extension of MUILLE-VILLETTE GERMAN CEMETERY, made by the Casualty Clearing Station. In 1919 these graves were regrouped and others were added from the German cemetery and from the following:-

Ham British Cemetery contains 485 Commonwealth burials and commemorations of the First World War. 218 of the burials are unidentified but there are special memorials to 14 soldiers, believed to be buried among them. Other special memorials record the names of 39 casualties known to have been buried in other cemeteries whose graves were not found. 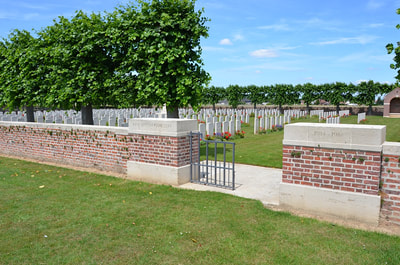 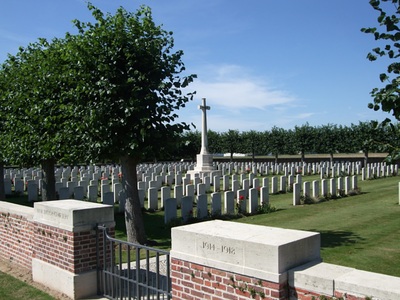 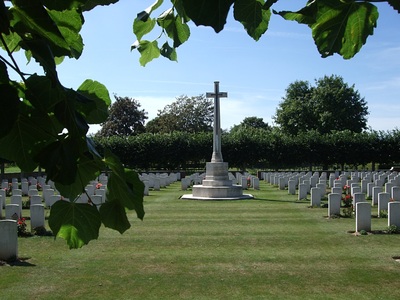 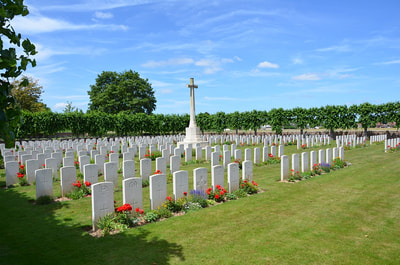 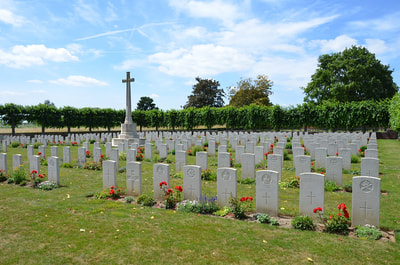 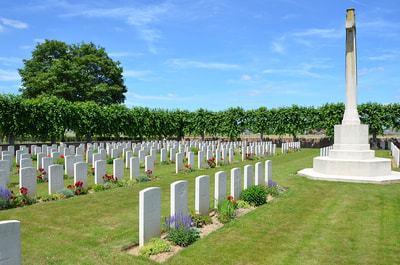 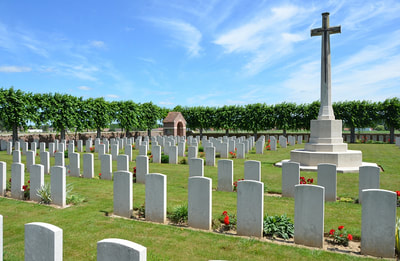 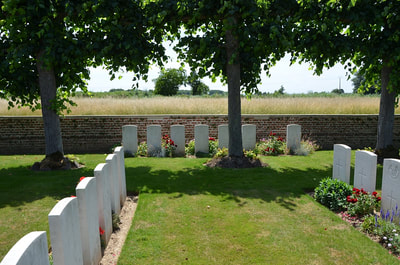 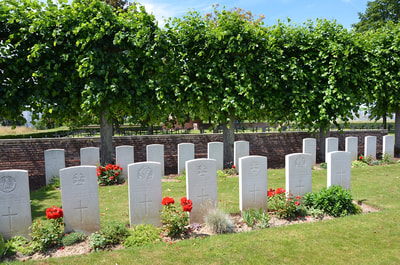 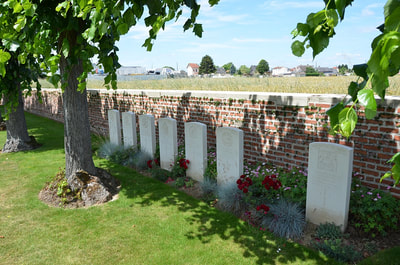 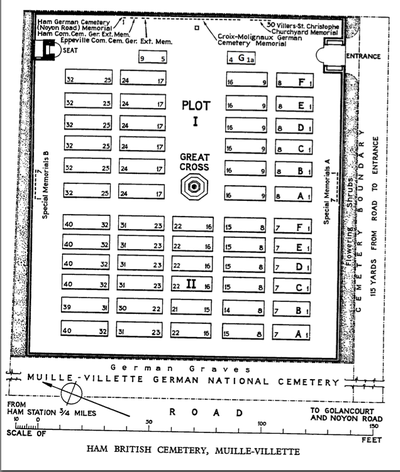 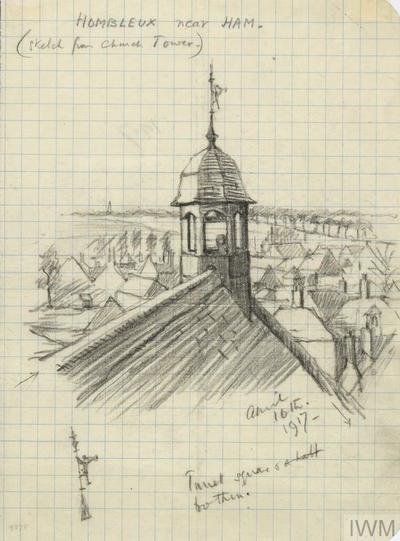 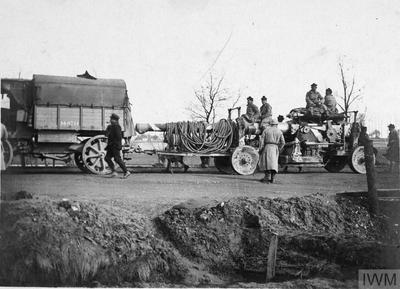 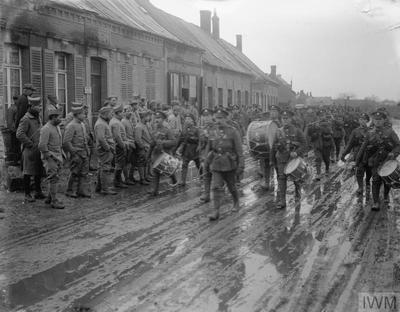 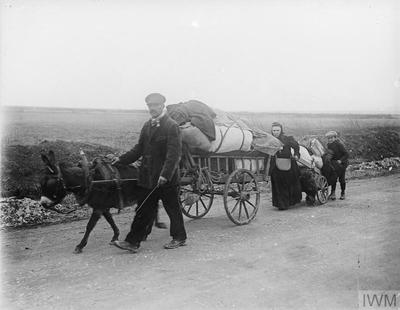 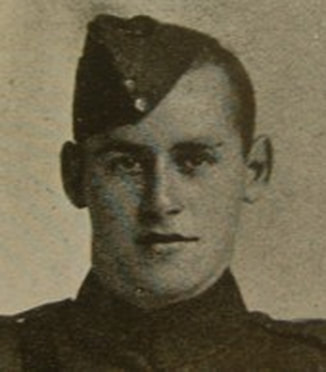 His headstone bears the inscription; "He Still Liveth." 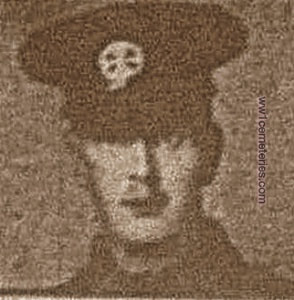 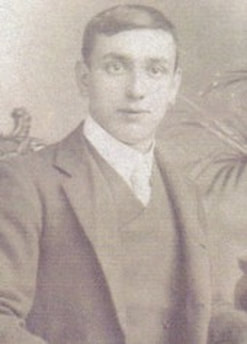 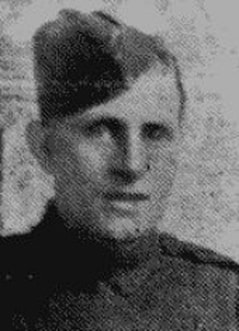 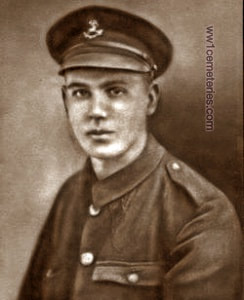 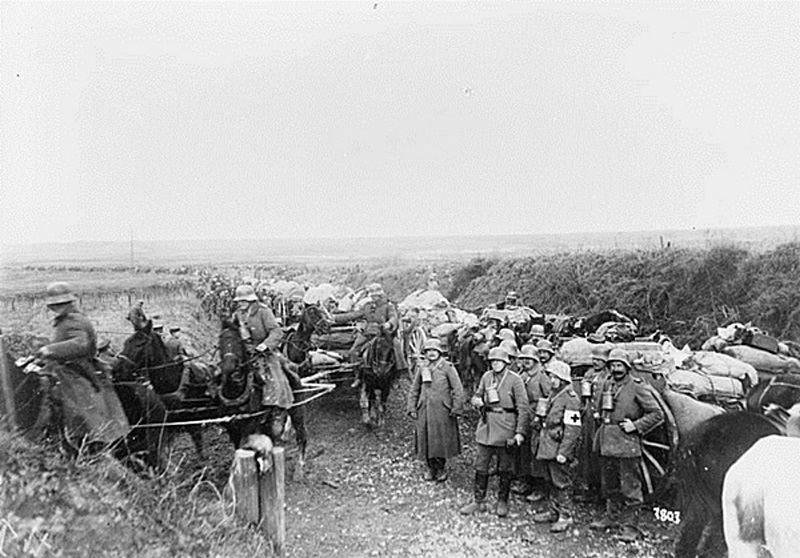 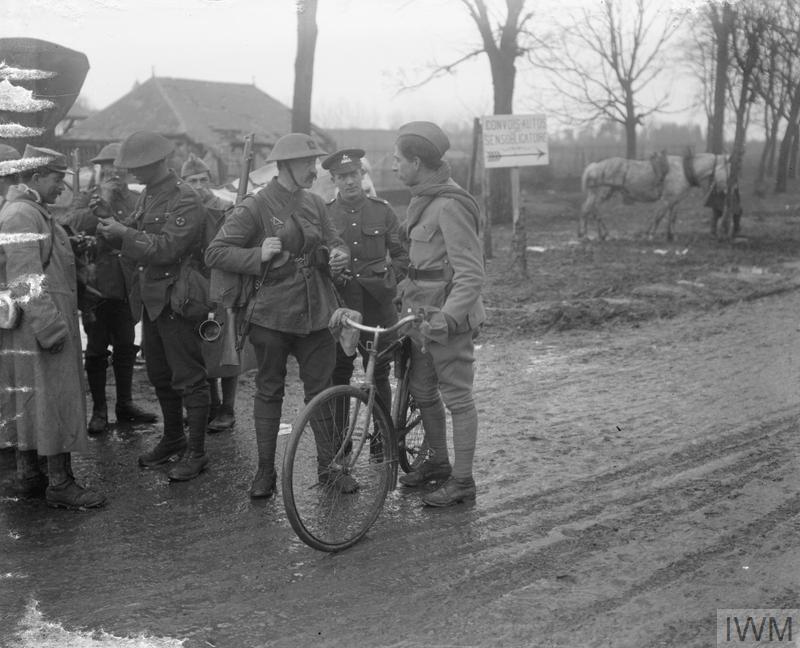