Hannescamps is a village 20 kilometres to the south-west of Arras in the Department of the Pas-de-Calais.

Visitors should follow the N25, Arras to Doullens road, as far as Beaumetz les Loges. Take the D7 to Ransart before turning right onto the D3, towards Foncquevillers. Follow the CWGC sign from the centre of Hannescamps along the D8. Turn left at the second CWGC sign into Rue de l'Eglise. The cemetery is next to the church.

The village of Hannescamps was just behind the Allied front line until June 1916, and again in 1918.

Hannescamps New Military Cemetery was begun in March 1916 and used until February 1917, and again in March 1918. Thirty graves were brought into the cemetery from the immediate neighbourhood after the Armistice.

The cemetery contains 102 burials and commemorations of the First World War. 19 of the burials are unidentified but there is a special memorial to one casualty known to be buried among them. 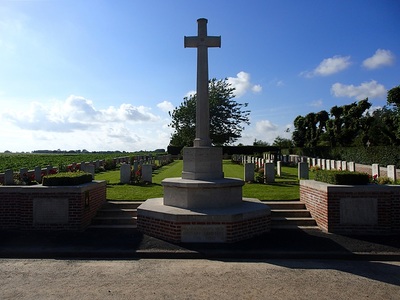 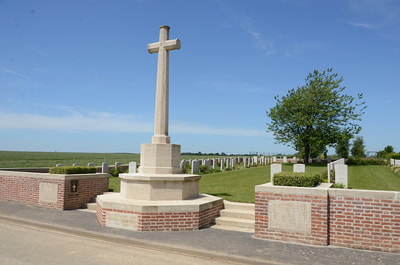 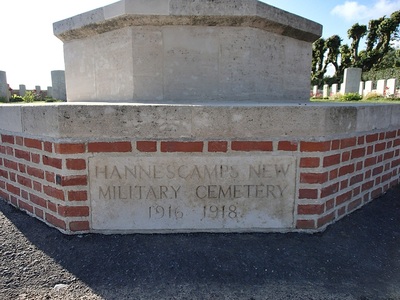 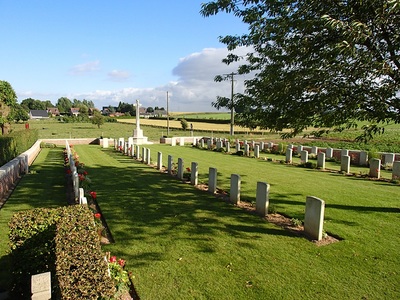 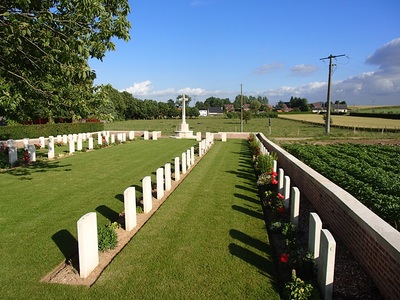 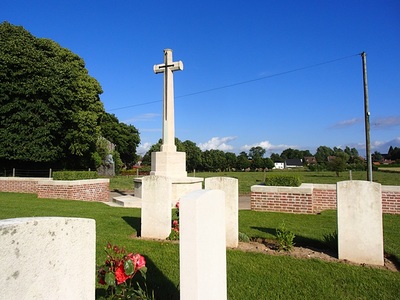 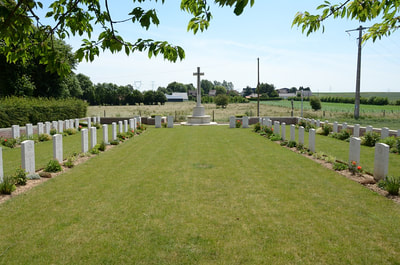 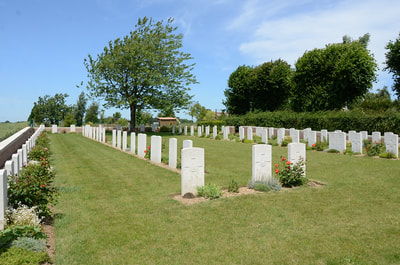 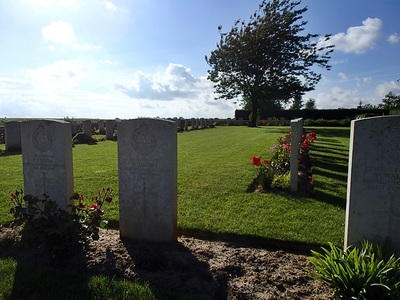 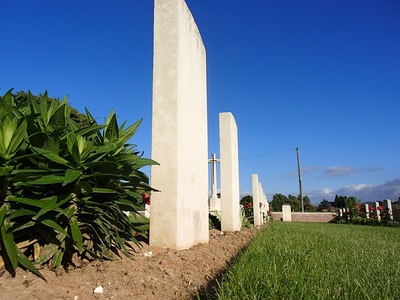 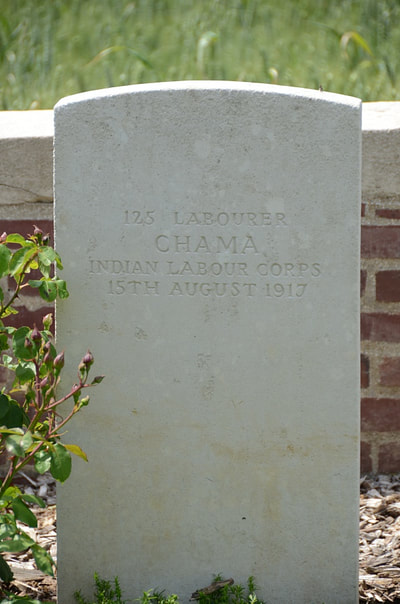 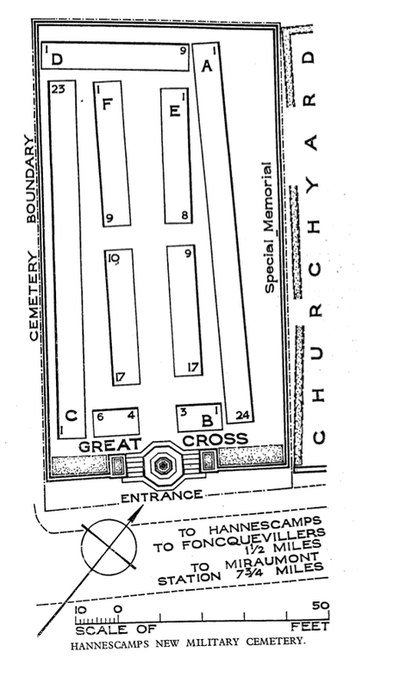 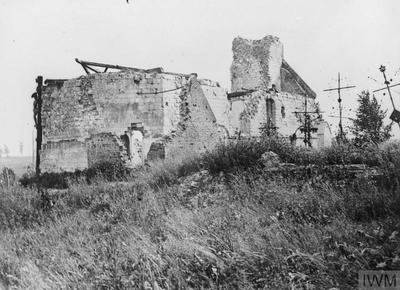 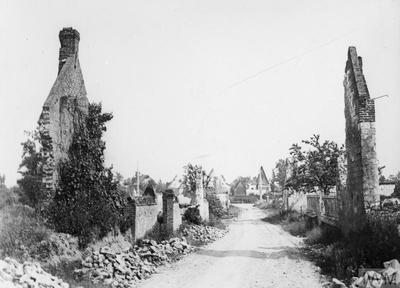 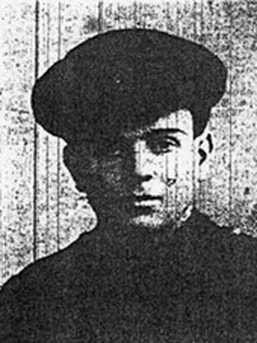 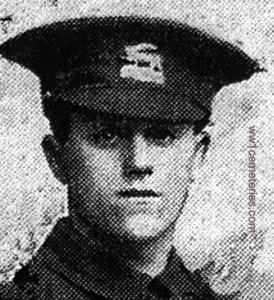 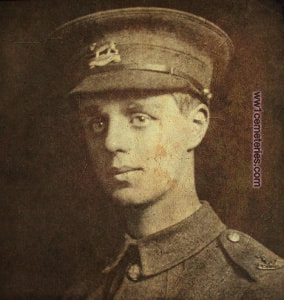 His headstone bears the inscription; "Christ's Faithful Soldier and Servant." 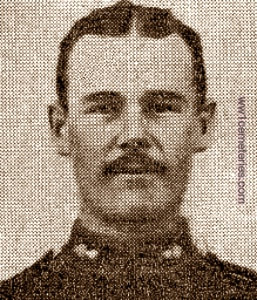 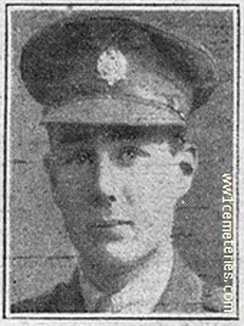 His headstone bears the inscription; "When Thou Passest Through The Waters I Will Be With Thee."

(Taken from Isaiah 43:2, the full text of the passage is;  "When thou passest through the waters, I will be with thee; and through the rivers, they shall not overflow thee: when thou walkest through the fire, thou shalt not be burned; neither shall the flame kindle upon thee.") 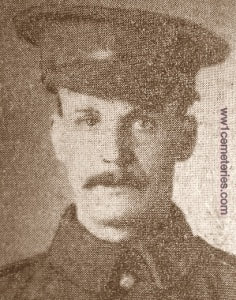 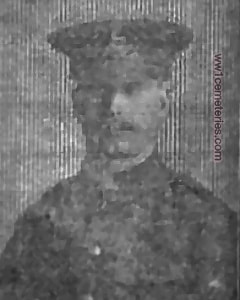 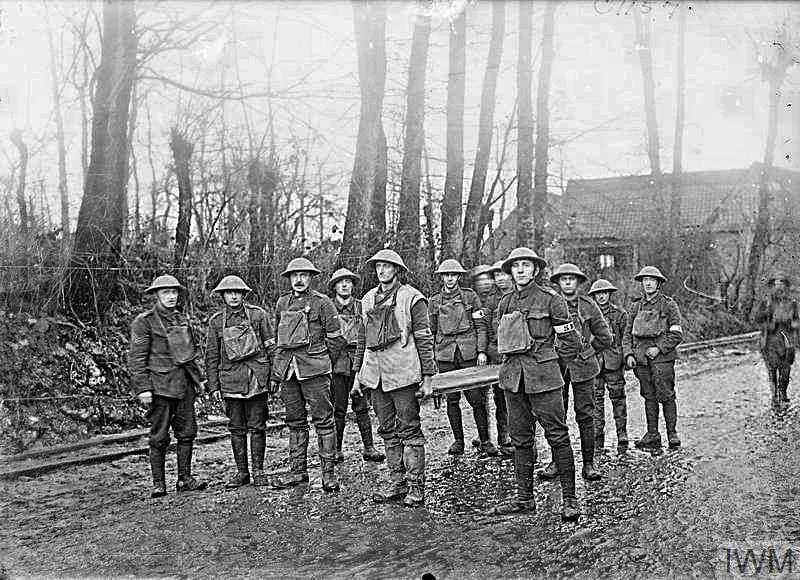