Hasnon is a small village to the North of Valenciennes in the Nord Department. The churchyard is located in the centre of the village.

There are 18 Canadian 1914-18 war casualties commemorated in this site. All the graves are located on the East boundary.
​ 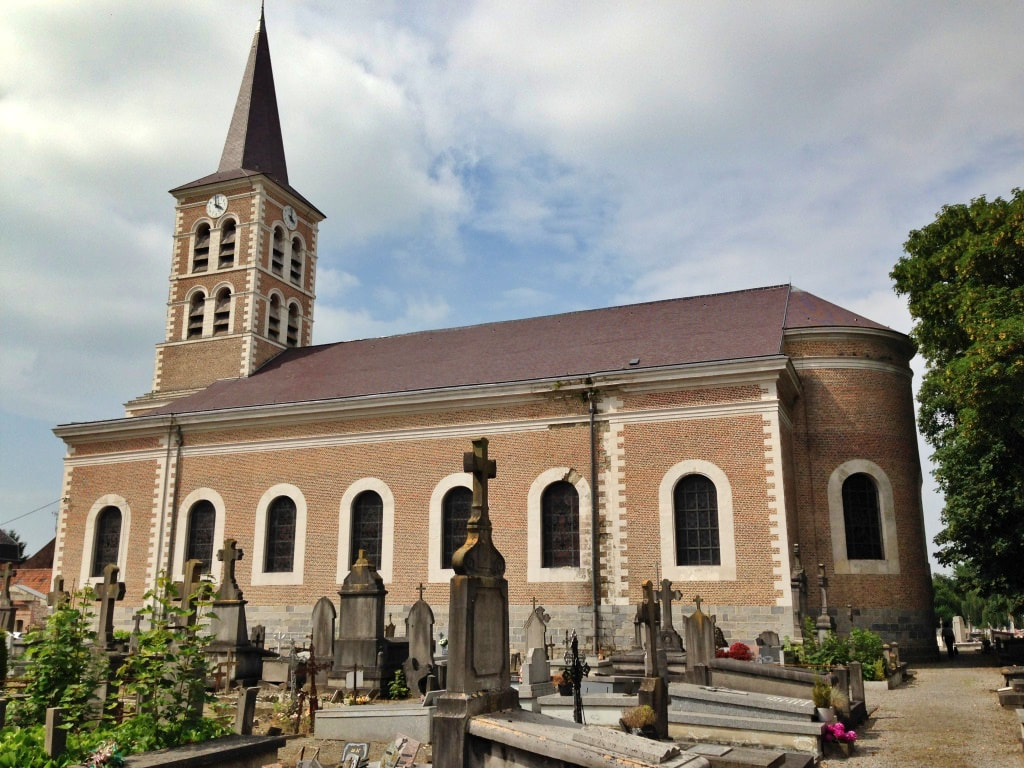 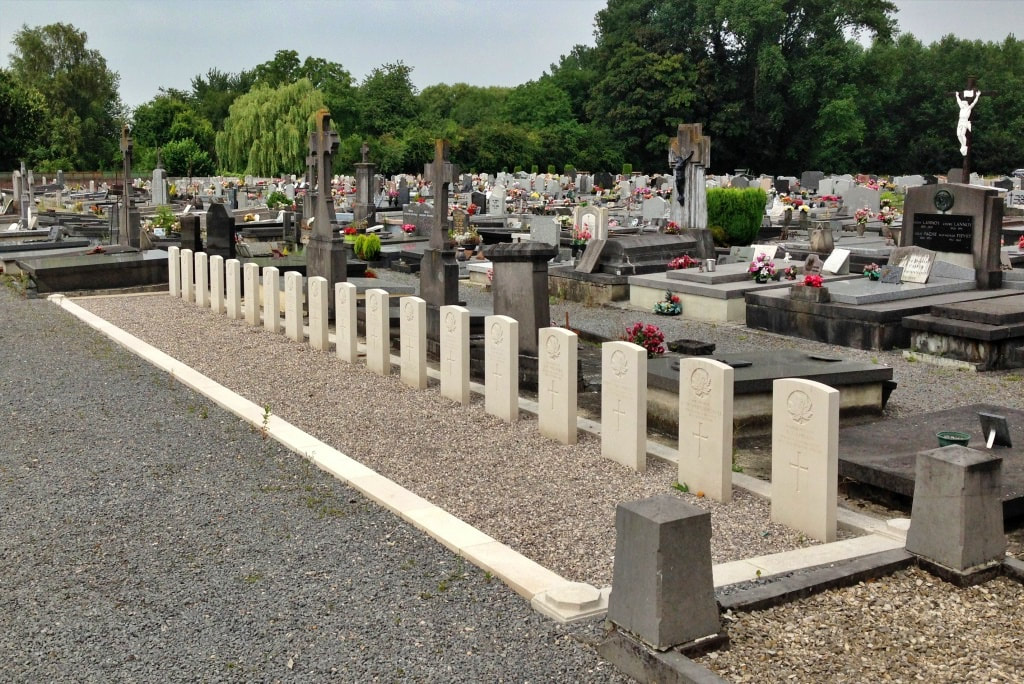 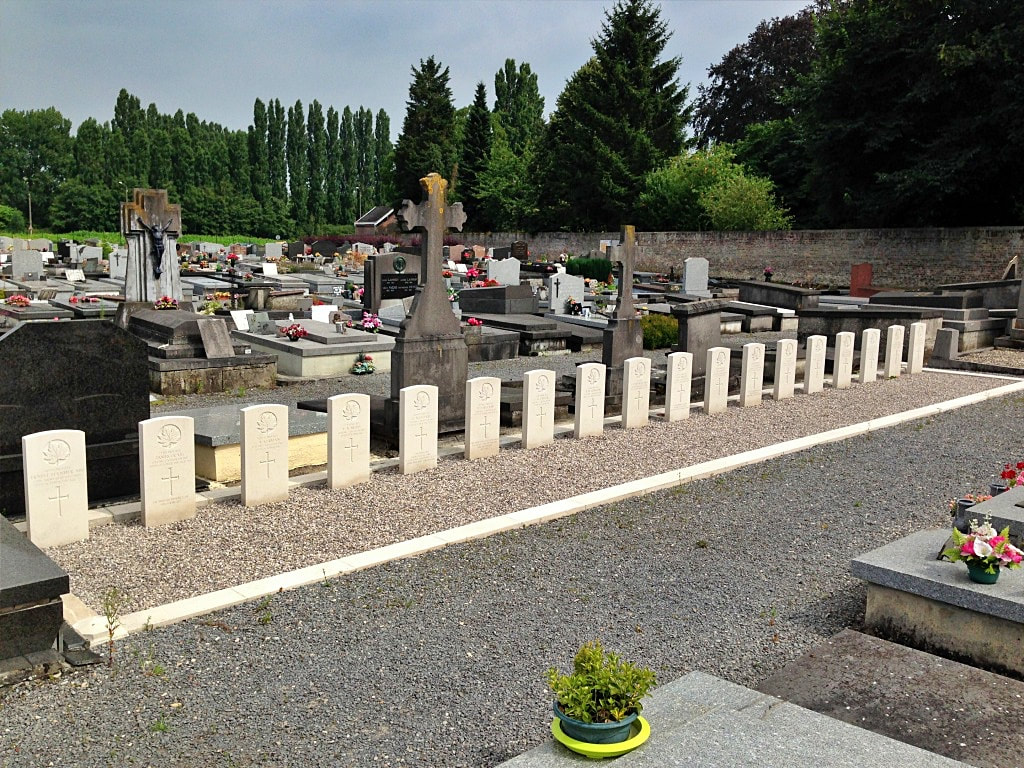 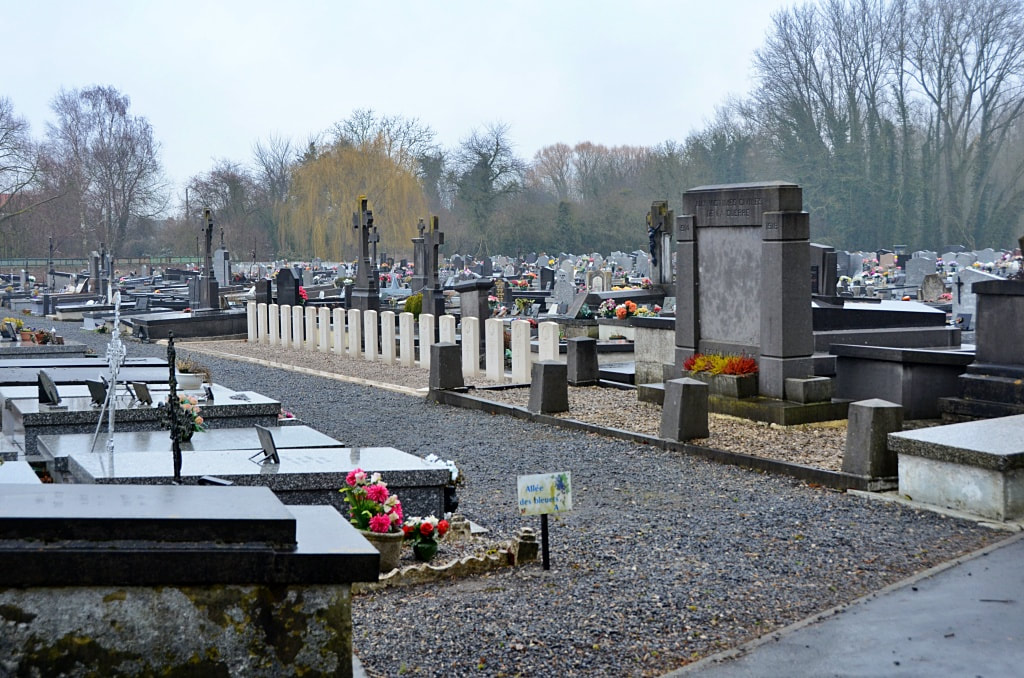 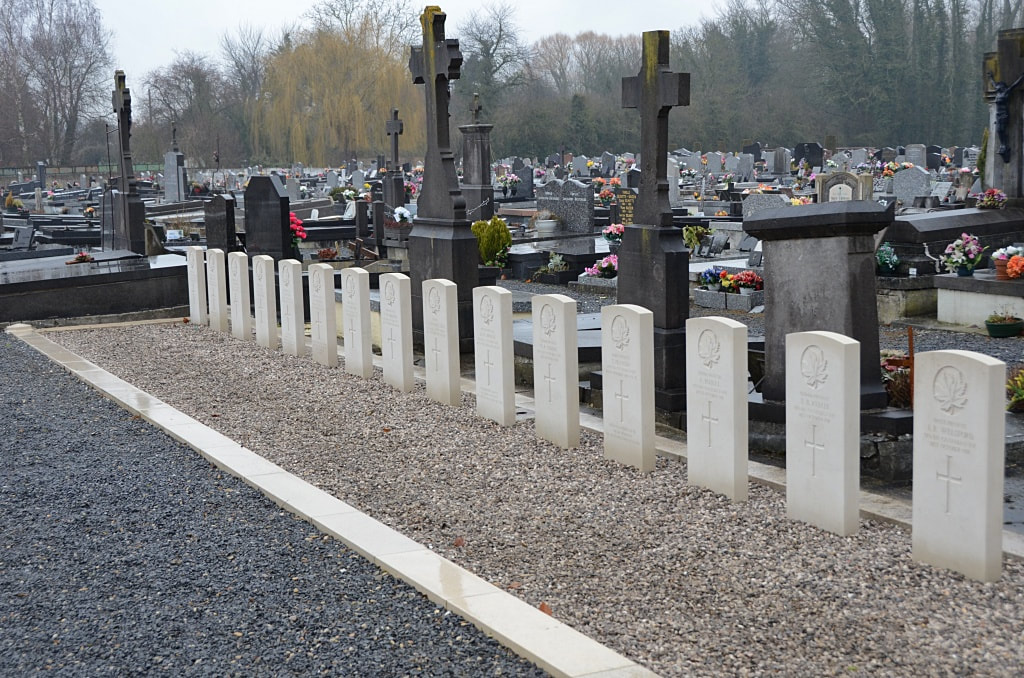 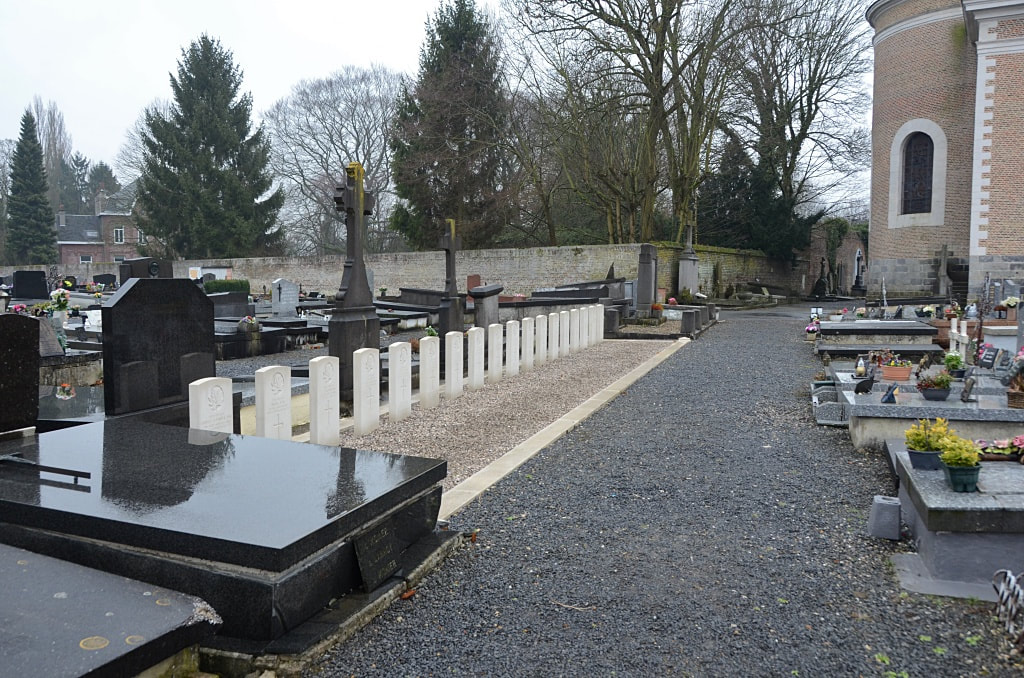 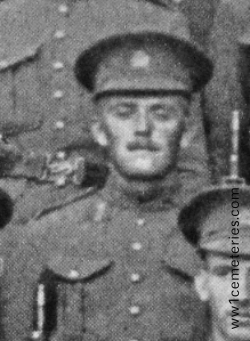 Son of David and Christina Birrell, of Carsegour, Kinross, Scotland. 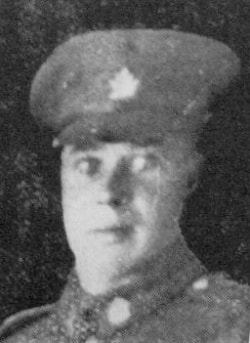 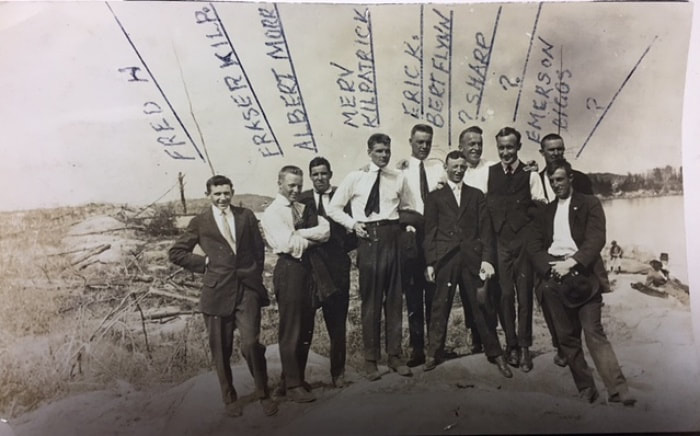 On the far left is 3037807 Private Frederick John Hyland, 4th Bn. Canadian Infantry, died 20th October 1918, aged 21. Son of Thomas and Ruby Hyland, of Copper Cliff, Ontario. His headstone bears the inscription "Greater Love Hath No Man Than He Gave Up His Life For His Friends, Mother"

Also in the picture is Sergeant Thomas Melville (Merv) Kilpatrick middle. Private Albert J. J. Morrison 3rd from left. All 3 boys of the small town of Copper Cliff Ontario did not return. Thomas is buried in Upton Wood Cemetery in France and Albert is commemorated on the Vimy Memorial, also in France.

3105089 Private Charles Fletcher, 4th Bn., Canadian Infantry, died 20th October 1918, aged 32. Son of Robert and Sarah Fletcher, of Westow, Yorks., England; husband of Blanche Fletcher, of Jesup, Iowa, U.S.A. His headstone bears the inscription "A Precious One From Us Has Gone A Voice We Loved Is Stilled Gone But Not Forgotten" 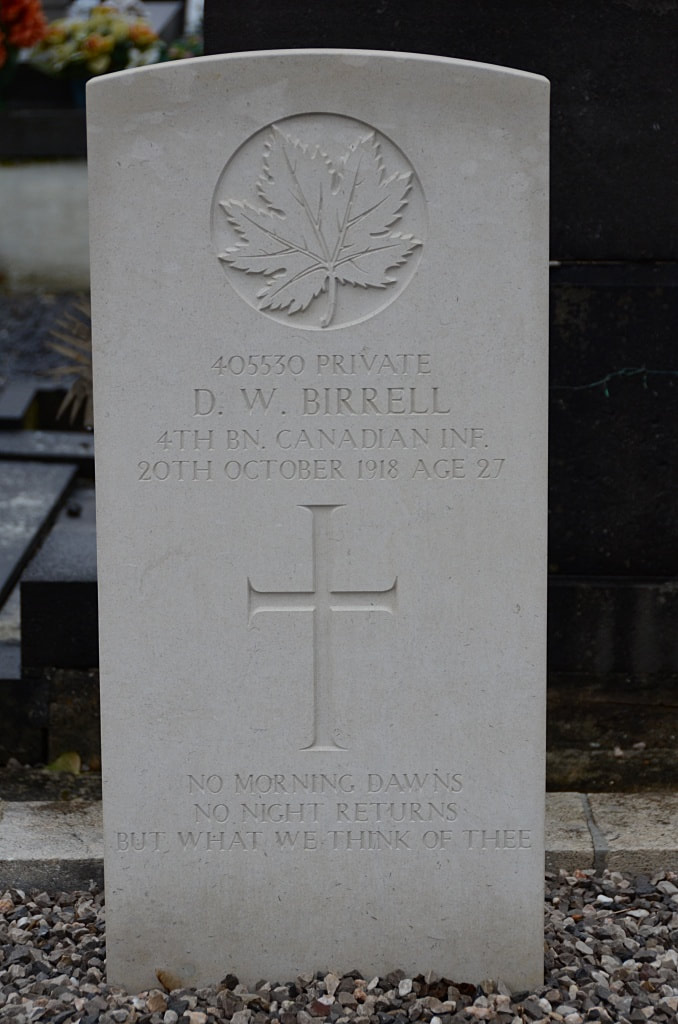 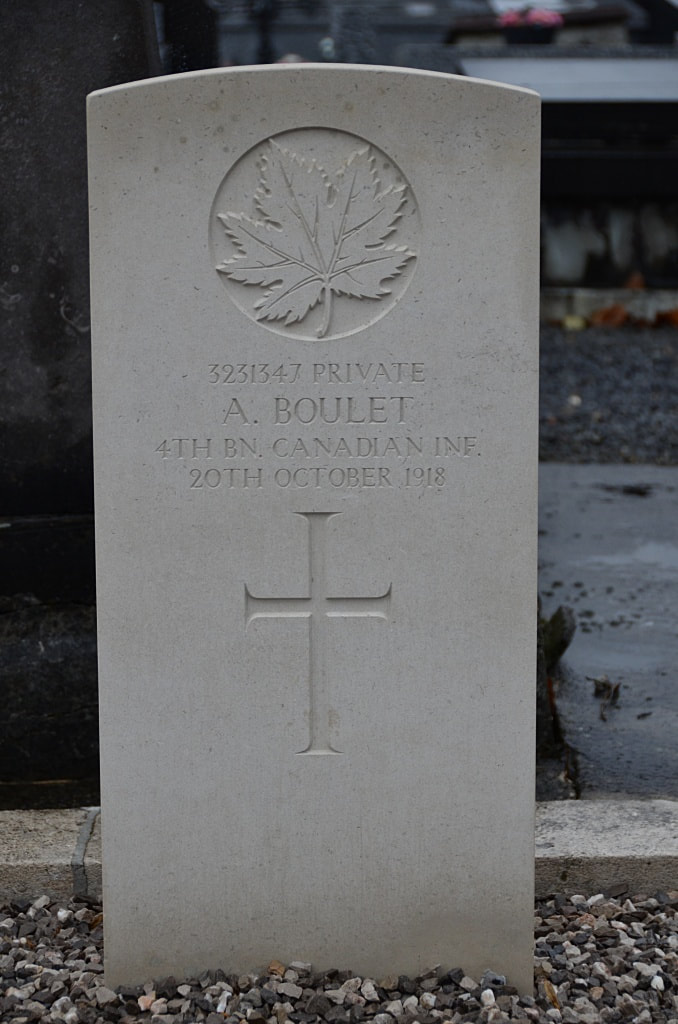 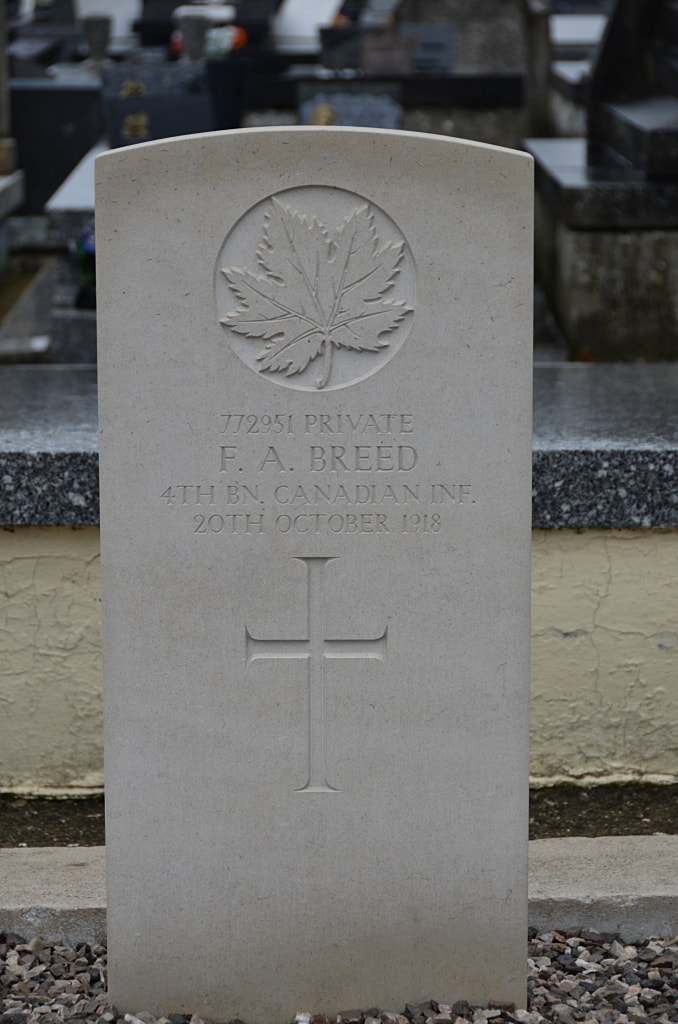 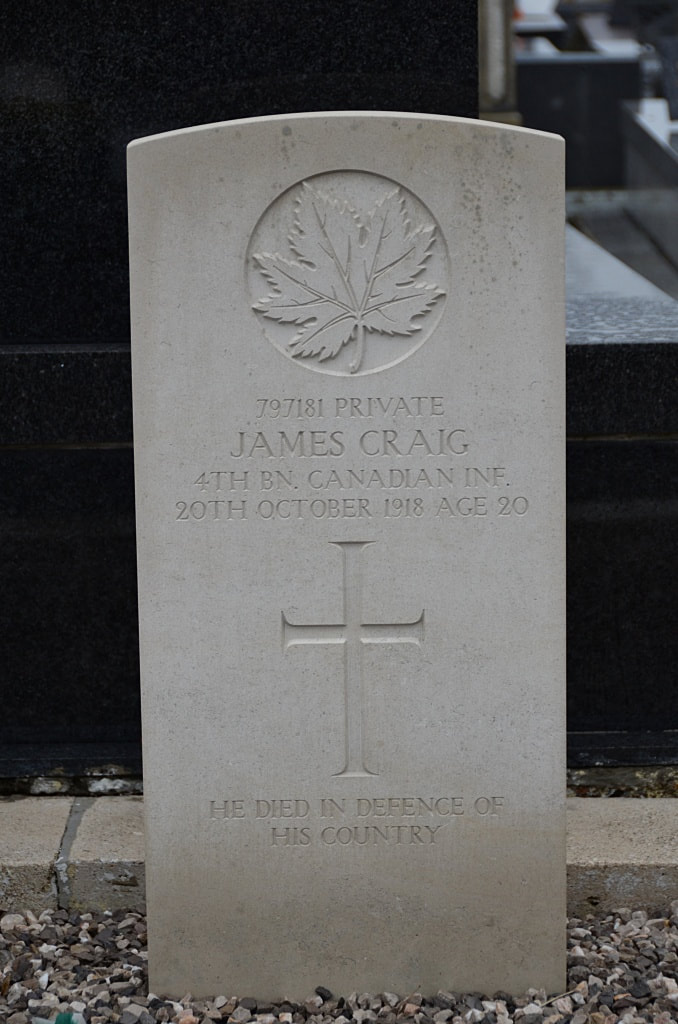 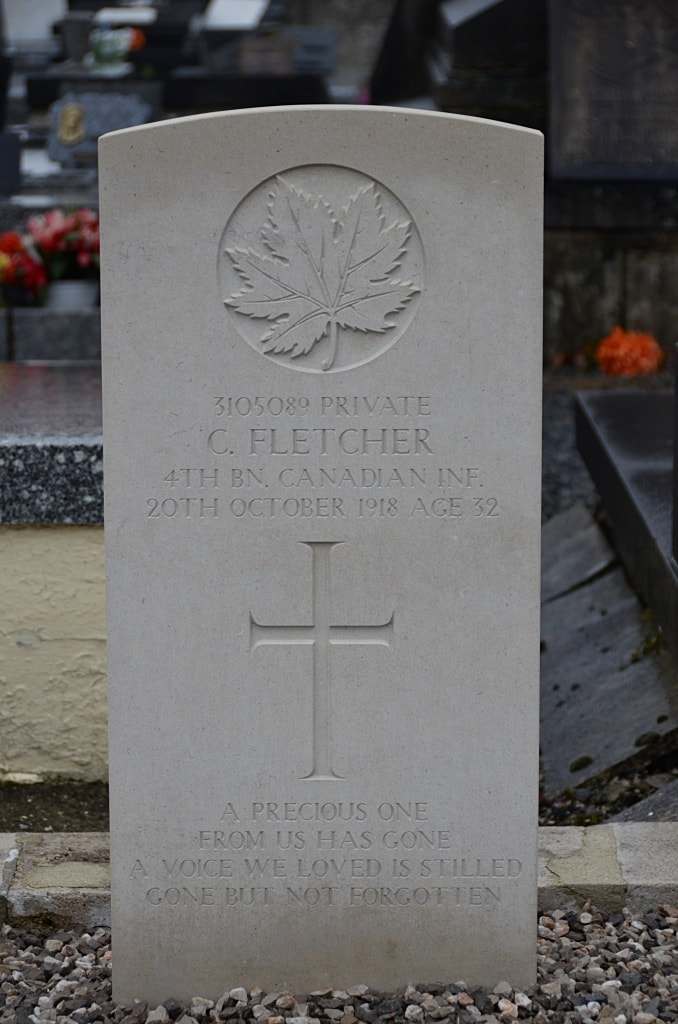 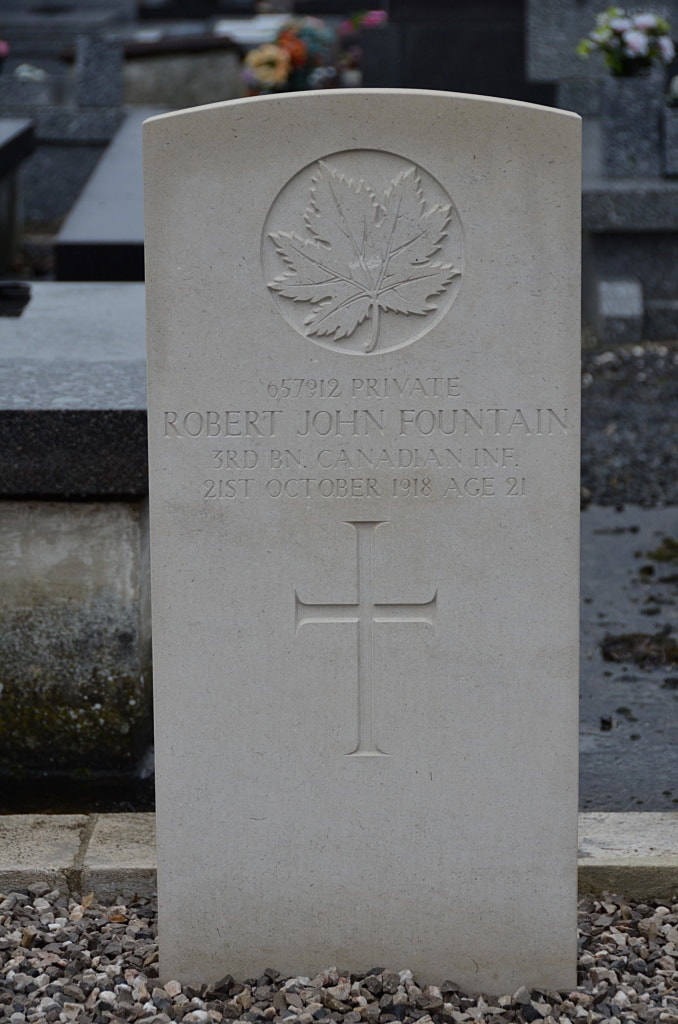 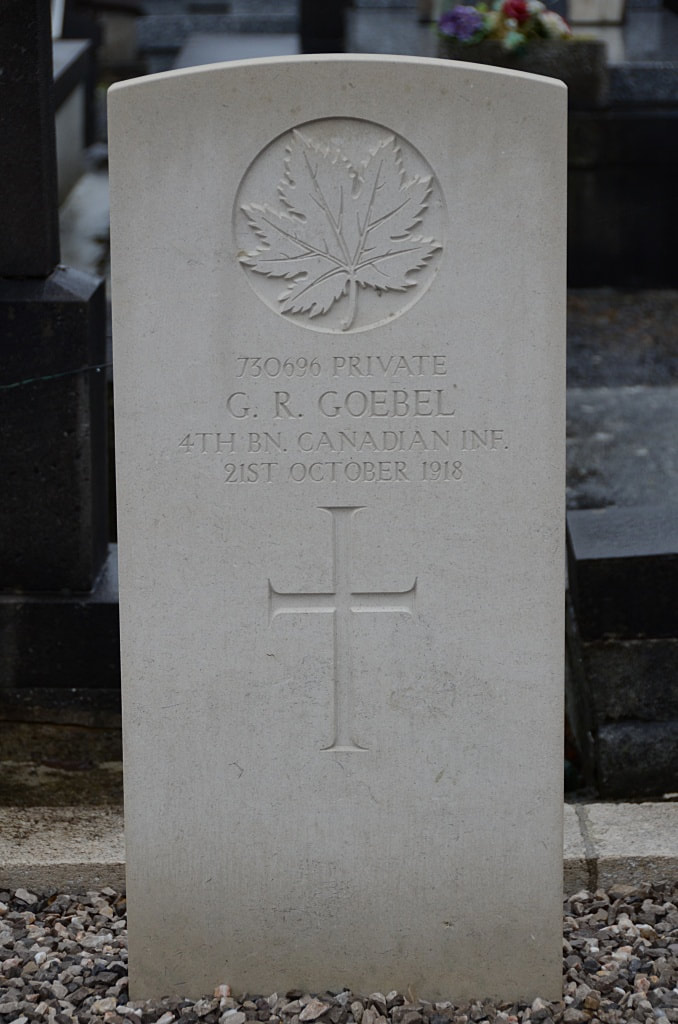 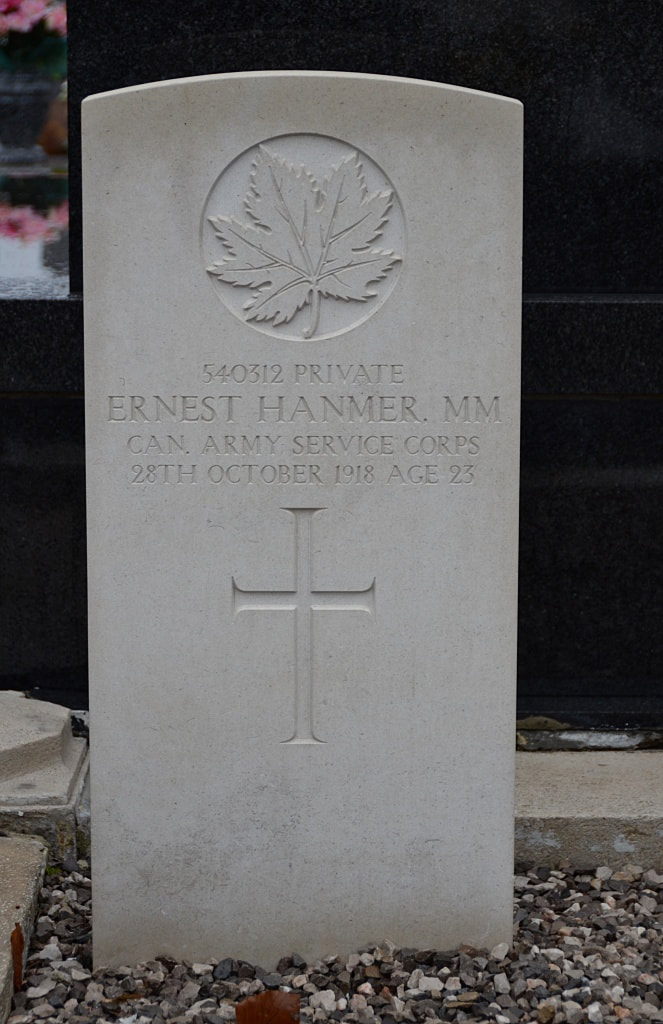 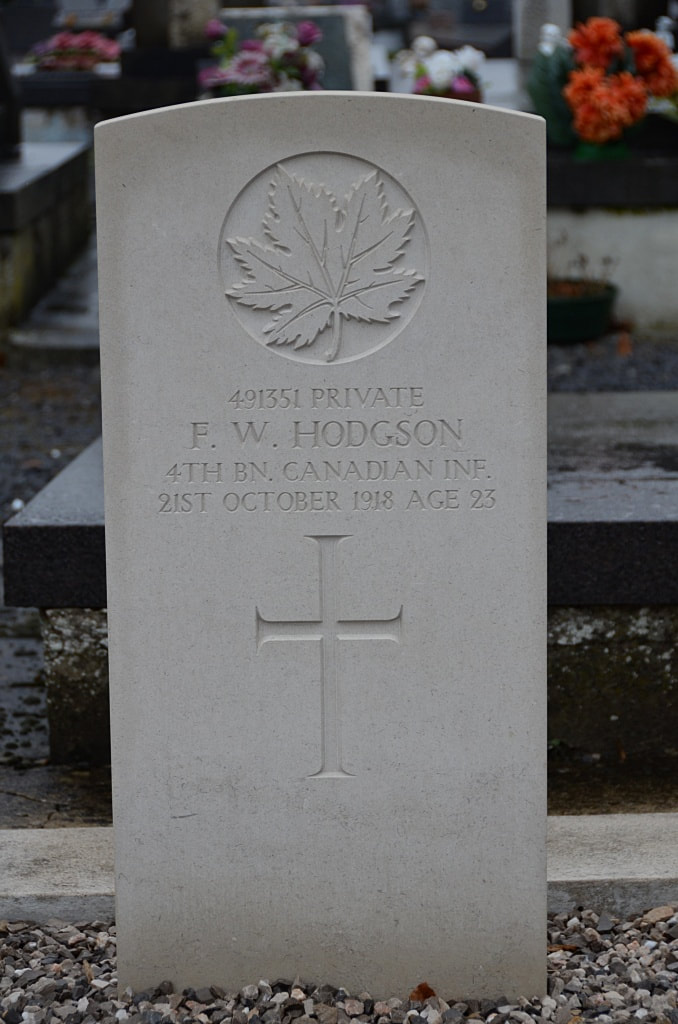 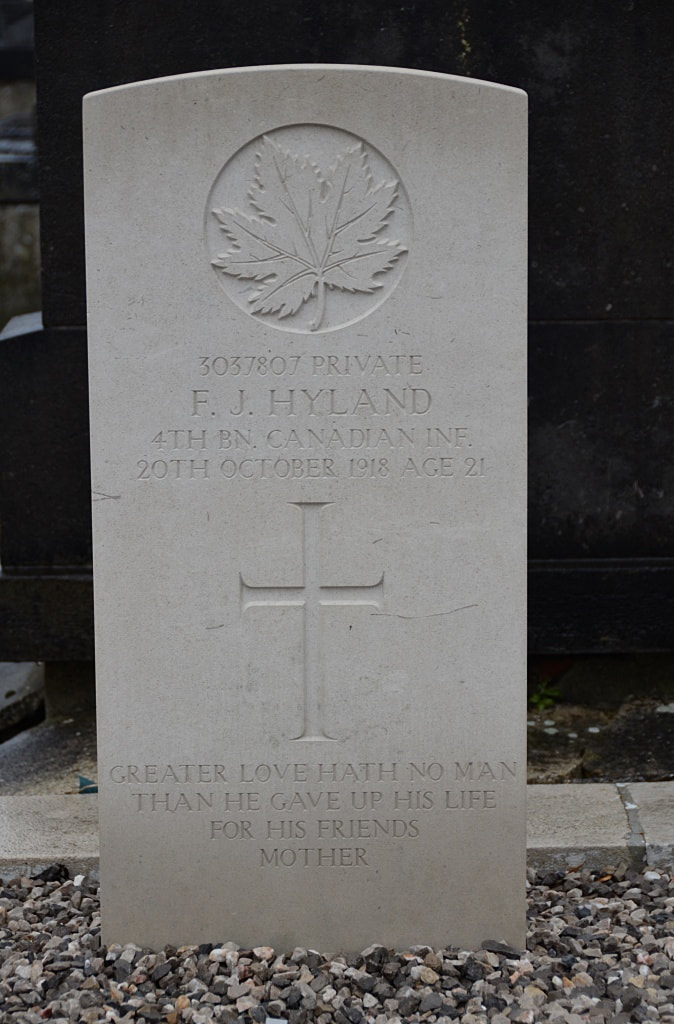 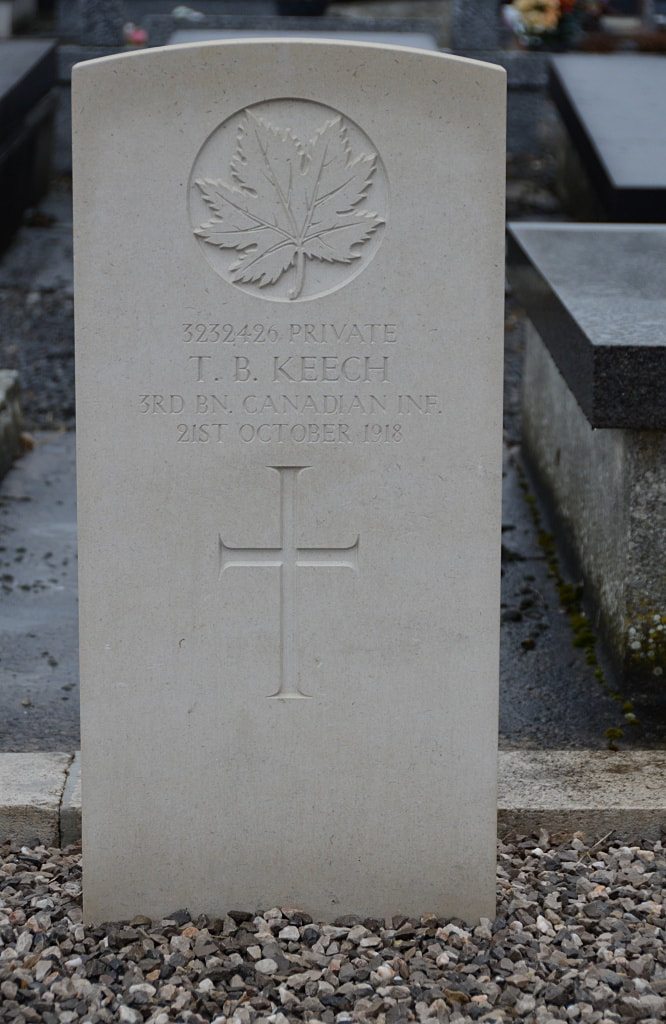 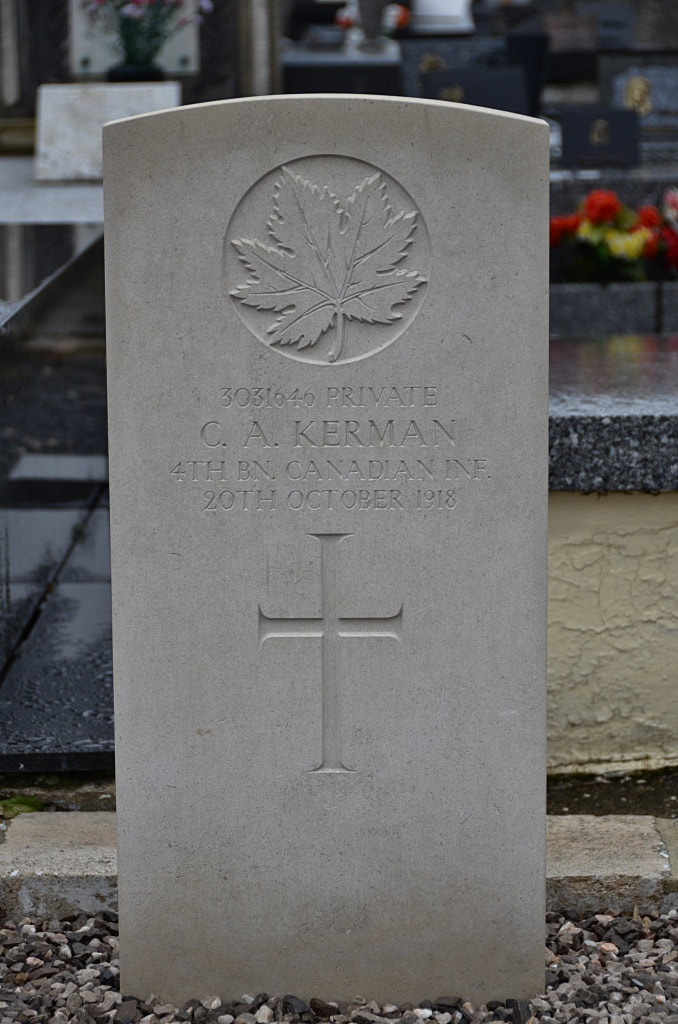 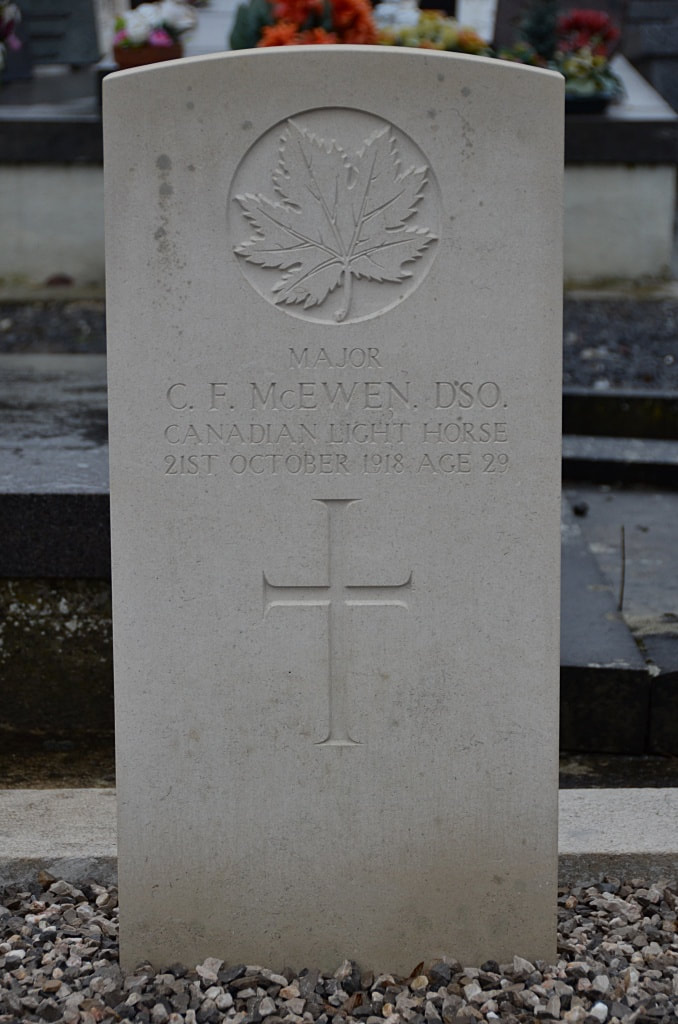 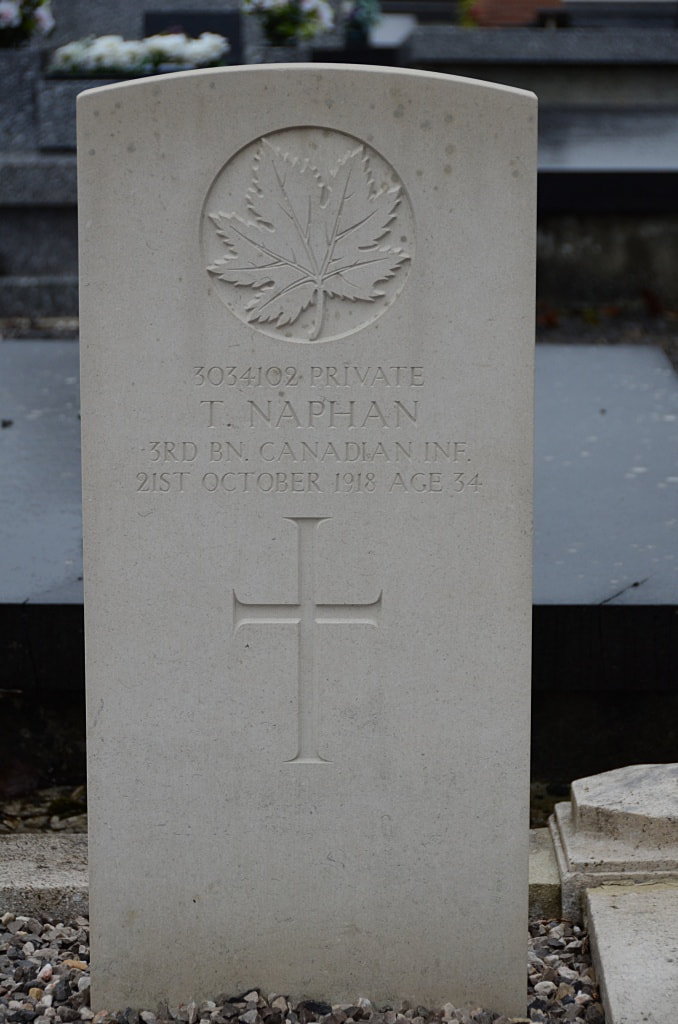 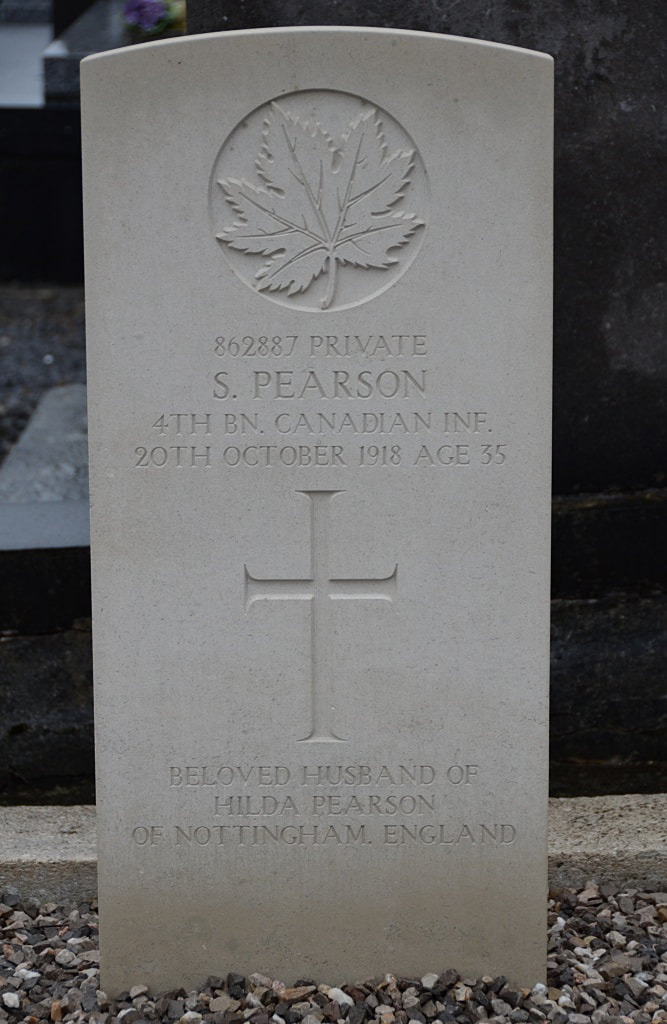 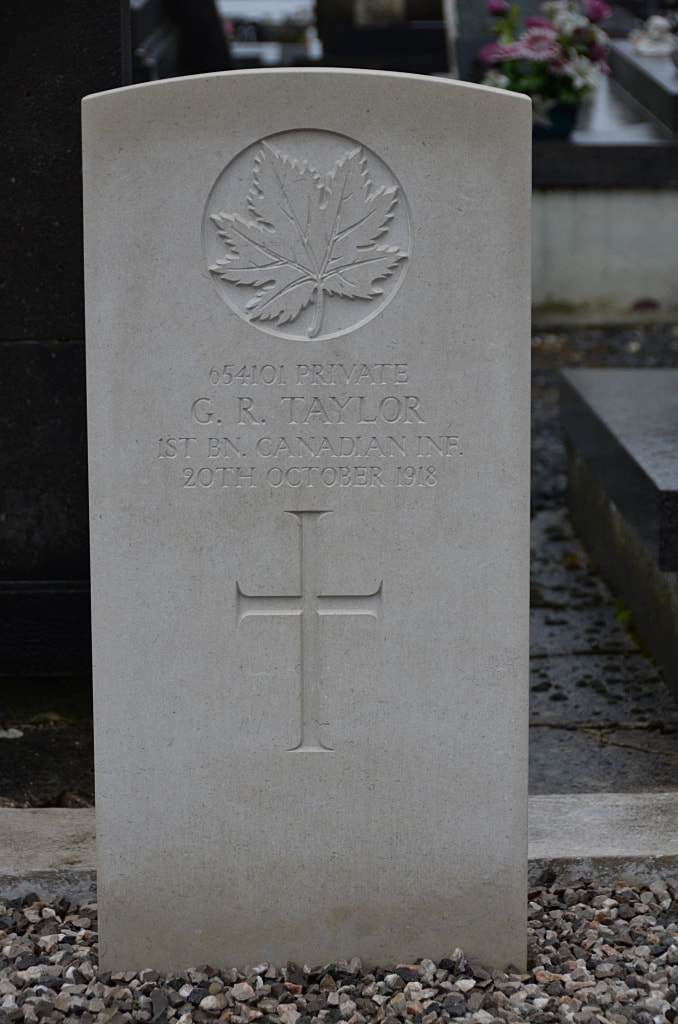 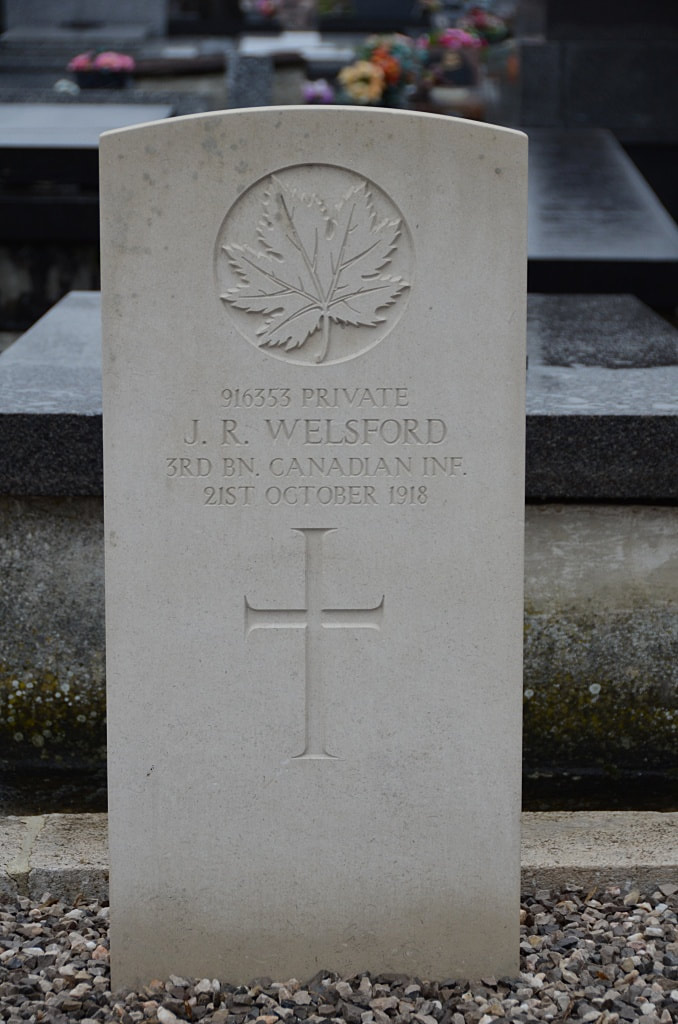 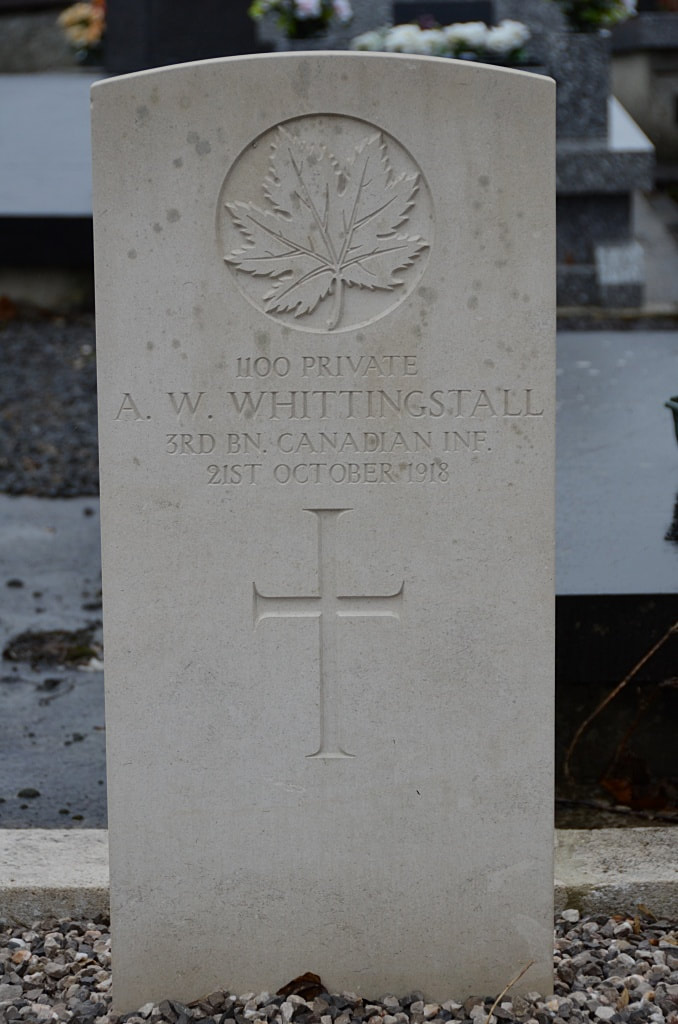