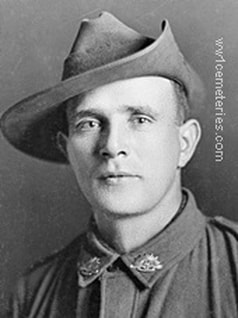 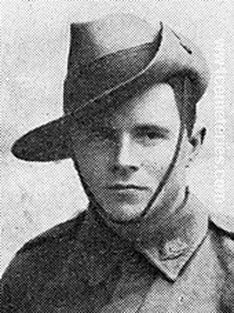 From Mullumbimby, NSW. A selector prior to enlisting, he embarked from Brisbane aboard HMAT Aeneas (A60) on 29 June 1915. Cpl Archer died, aged 21, at 5th Casualty Clearing Station, France on 2nd September 1918 of wounds received in action at Mt St Quentin, France. 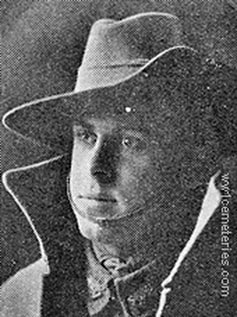 Believed to have originally been buried at Clump Trench Cemetery, Rosieres-de-Picardie.

From Granville, NSW. A boilermaker's assistant prior to enlisting, he embarked from Sydney aboard the HMAT Port Napier on 17 November 1916. He was killed in action on 9 August 1918 during the Third Battle of the Somme and buried at Copse Corner south-east of Corbie, France, aged 24. Post war his grave was located and he was reburied in Heath Cemetery, Harbonnieres, France. 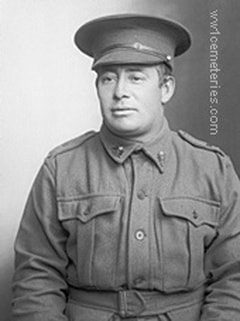 From Coburg, Vic. Pte Barlow enlisted on 3 July 1915 and embarked from Melbourne aboard HMAT Makarini on 15 September 1915. He was killed in action on 23 August 1918 near Harbonnieres, France. 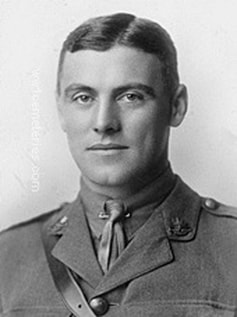 From Bagdad, Tasmania and an orchardist prior to his enlistment on 23 August 1915, he embarked for service on 24 November 1915 from Melbourne on board RMS Orontes. 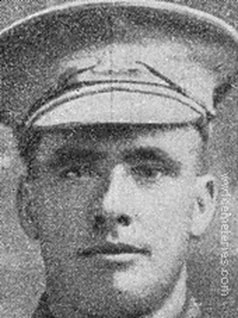 A labourer prior to enlisting at Cootamundra, NSW, he embarked from Sydney aboard SS Port Napier on 17 November 1916. He was killed in action on 23 August 1918 in France, aged 26. 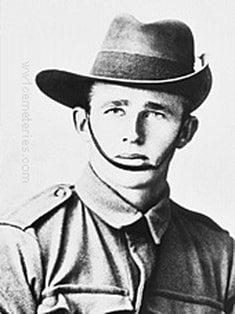 His headstone bears the inscription; "He Fought The Fight And Kept The Faith And The Master Says "Well Done"" 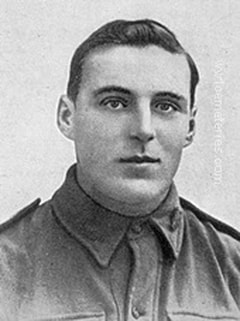 A school teacher prior to enlisting, he embarked from Melbourne aboard HMAT Hororata (A20) on 19 October 1914. On 23 August 1918, he was killed in action near Foucaucourt, France, aged 26.

His headstone bears the inscription; "Sacred Heart Of Jesus Have Mercy On His Soul, Rest In Peace." 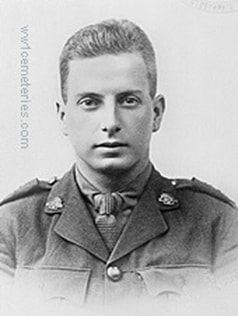 A sales manager from Wayville, South Australia, prior to enlistment, he embarked for Suez from Adelaide on 11 April 1916 aboard HMAT Aeneas. On arriving in Rouen, France, he was attached to the 5th Australian Divisional Base Details for thirteen months, rising to the temporary rank of Warrant Officer Class 1 as Temporary RSM. He attended No 6 Officer Cadet Battalion, Oxford, from November 1917 to February 1918 where he graduated with a commission and the rank of Second Lieutenant. 2nd Lt Duxbury joined the 32nd Battalion on the Western Front, France, in May 1918. He attended the Australian Corps School (Bombing) in the field during July and August 1918. 2nd Lt Duxbury was wounded in action near Peronne, France, died of these wounds three days later in No.5 Casualty Clearing Station. 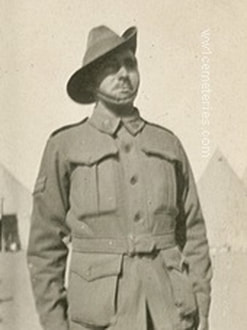 From Auburn, Victoria. A 21 year old ironmonger prior to enlisting on 17 August 1914, he embarked for overseas as a Driver with the Headquarters staff from Melbourne on 19 October 1914 aboard HMAT Benella (A24). After a stopover in Albany, Western Australia, they arrived in Egypt on 2 December 1914. Following further training in Egypt, the battalion took part in the Gallipoli landings on 25 April as part of the second wave. After serving at Gallipoli, Driver Dyer proceeded to France with the battalion in March 1916. He was promoted to Lance Corporal on 1 September 1917 and after being awarded a Military Medal for conspicuous gallantry and devotion to duty during an attack near Zonnebeke, Belgium on 4 October 1917, he was promoted to Corporal on 14 October 1917. He was further promoted to Second Lieutenant on 15 October 1917 and then promoted to Lieutenant (Lt) on 6 May 1918. Lt Dyer was killed in action near Rosieres, France.

6142 Private, J. Smith witnessed the incident that led to Harold Dyer's death:
​
"Lieut Dyer was an officer in my company and was killed near Rosieres during the advance; I was only a short distance from him when it occured. He was carrying some Mills Bombs in his pocket when a machine-gun bullet hit them and exploded same, blowing a great portion of his side away. He lived semi-conscious for a little while and was buried close to where he was hit."