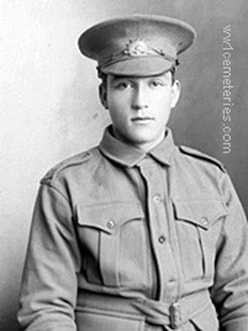 His headstone bears the inscription; "In Memory Of The Dearly Loved Son Of Mr. & Mrs. R. Ellis Of Grovedale."
​
From Mount Duneed, Geelong, Vic. Pte Ellis enlisted on 16 July 1915 and embarked from Melbourne aboard HMAT Warilda on 8 February 1916.

1807A Sergeant, W. Nash was involved in the attack in which Leslie George Ellis was killed:

"He belonged to 'A' Company, we commenced the attack at Herleville on the morning of the 18th August 1918 at about 4.10.am; we were making for a point called the Crucifix. We got to the Crucifix and were forced to retire to our old position, while I was coming down a communication trench (I was bringing up the rear,) I saw Sergeant Ellis lying in the communication trench about 30 yards down from the Crucifix. He was still alive at the time (about 4.30.am,) and while Binion went for the stretcher bearers, and was absent for about two minutes, Ellis died. I was standing by him at the time.

One of his legs had been badly smashed above the knee, I think he had also been hit in the body, as he was bleeding from the mouth and the nose. The lad who had gone for the stretcher bearers, Pte. A. L. Binion, 22nd Battalion had returned unable to get help and also saw that he was dead. He was buried on the battlefield where he died.

He was killed by a pineapple (small minenwerfer) I saw the minenwerfer burst. I erected a cross on his grave on the 15th September. A lad, Pte. Smith, out of an English regiment (name forgotten) is buried beside him. He was the only 22nd Battalion man buried just there, the nearest was 300 yards away. I am almost sure that Pte. Smith had K.O.Y.L.I. on his cross. Ellis was known as 'Donger' and he was about the most popular lad in the company."

Both Sergeant Nash and Private Binion survived the war, also buried within this cemetery is 62418 Private G. E. Smith, 2nd Bn. King's Own Yorkshire Light Infantry, killed in action, 19th August 1918 and buried in Plot V. F. 10. He is almost certainly the man who was buried on the battlefield next to Leslie Ellis. 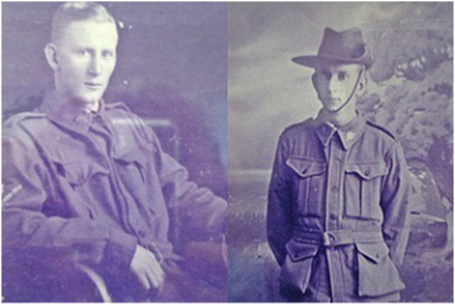 Picture courtesy of Colin Butcher, Arthur was his Grandfather's brother and his loss was felt all of his life. 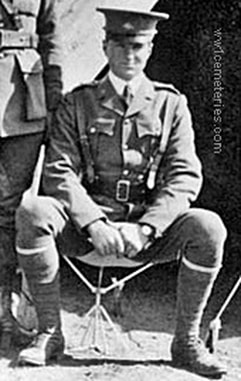 ​His headstone bears the inscription. "For God, King and Country." 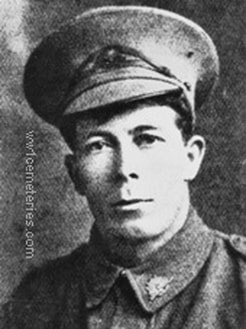 ​His headstone bears the inscription; "His Duty Nobly Done."

A timber worker from Yarloop, Western Australia, prior to enlistment, he embarked for Suez from Adelaide on 18 November 1915 aboard HMAT Geelong. On 15 March 1916 he transferred to the 5th Divisional Artillery with the rank of Gunner and was taken on strength of the 14th Field Artillery Brigade which relocated to the Western Front, France, in late June 1916. He was wounded in action in a gas attack in July 1917. In January 1918 he was promoted to Bombardier in January 1918 and to Temporary Corporal on 14 July 1918. Cpl Garlick was killed in action near Morcourt, France, on 9 August 1918 and is buried in the Heath Cemetery, Harbonnieres. He was aged 34 years. His younger brother 2600 Pte John Garlick, 5th Pioneer Battalion, was killed in action near Bapaume, France, on 23 May 1917. He was aged 29 years and is commemorated on the Villers-Bretonneux Memorial. 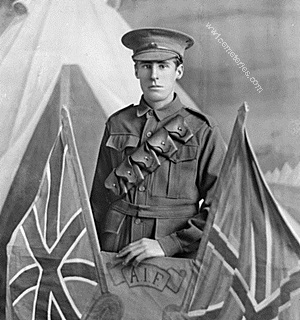 A 22 year old butcher prior to enlisting in the AIF on 1 November 1915, he embarked for overseas with the 22nd Reinforcements from Melbourne on 25 October 1916 aboard HMAT Ulysses. He was wounded in action near Zillebeke, Belgium on 20 September 1917 and evacuated to England for medical treatment. After rejoining his unit in France on 21 April 1918, he was killed in action at Foucaucourt. 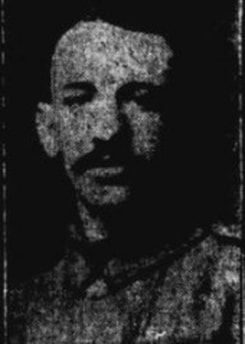 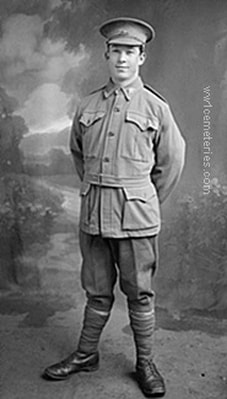 A labourer from Chiltern, Victoria prior to enlistment, Pte Haslem embarked with the 8th Reinforcements from Melbourne on HMAT Anchises on 26 August 1915. Later promoted to Lance Corporal, he was killed in action on 9 August 1918, aged 24. 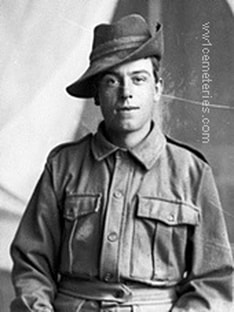 His headstone bears the inscription; "In Proud And Dearest Memory From Mother, Dad And Bob."
​
Killed in action near Harbonnieres.

"He was in charge of the intelligence section of the 23rd Battalion, formerly gassed at Warneton, he had only returned from 'Blighty' 4 days when he was sent forward with intelligence officer Lt. Weir to observe from a newly taken point. Huns returned, Lt. Weir wounded and died of wounds. Hatt received bullet wounds in the head and was killed outright. Pioneer Sergeant Schultz, who went up to bury him, found he had been stripped by the huns. He was buried at the scene near the cross roads in the locality of Villers-Bretonneux.

In accordance with battalion instruction, a cross was made and sent up for erection, but on re-visiting the locality we found the surrounding ground had been blown out." 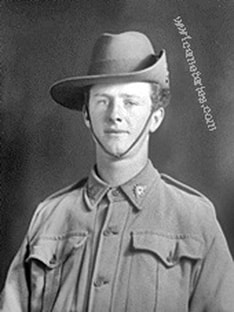 A railway employee from Kurumburra, Victoria prior to enlistment, Pte Herd embarked with A Company from Melbourne on HMAT Ascanius on 10 November 1915. While serving in France he was wounded in action on two separate occasions but remained on duty. On 9 August 1918, aged 25, he was killed in action near Harbonnieres, France. 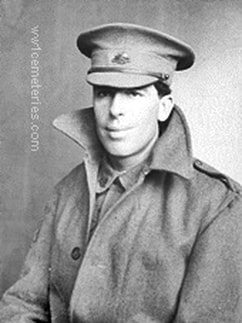 His headstone bears the inscription; "In Memory Of A Dearly Loved Husband And Father; One Of The Best."

A 27 year old clerk from South Melbourne, Victoria when he enlisted and embarked for overseas with the 19th Reinforcements from Melbourne on 11 May 1917 aboard HMAT Ascanius. 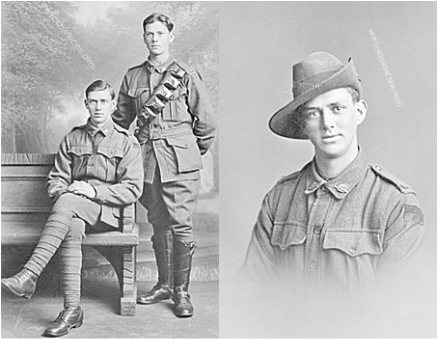 His headstone bears the inscription; "He Gave His Life For Those He Loved Most Dear." 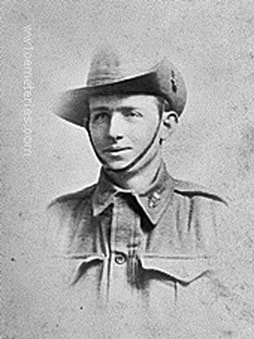 His headstone bears the inscription; "In Memory Of Our Brave Son & Brother; Peace Perfect Peace."

A labourer prior to enlisting on 8 January 1916, Pte Houghton embarked from Brisbane, Qld, aboard HMAT Clan McGillivray on 1 May 1916.

His headstone bears the inscription; "His Young Life Went Out As The Glory Of A Setting Star."
​
A 26 year old clerk from Diapur, Victoria when he enlisted in the AIF on 12 May 1916. He embarked for overseas with the 20th Reinforcements from Melbourne on 11 September 1916 aboard HMAT Euripieds.