Heestert Military Cemetery is located south-east of Kortrijk on the N8. From the motorway E17, turn off at Junction 3 (Kortrijk-Oost) and onto the N8 in the direction of Zwevegem. Follow the N8 through the villages of Zwevegem and Knokke and into Heestert. On entering the village, take the third turning on the right, called plein, go past the church and the cemetery is on the left.

The village of Heestert was taken by Commonwealth forces towards the end of October 1918. In about February 1919, the Burgomaster issued instructions for the creation of the military cemetery, which was made when the farmers of the Commune cleared their farms of Commonwealth and German battlefield graves from the October and November fighting. Later, three further graves were brought in from MOEN CHURCHYARD.

There are now 127 Commonwealth servicemen of the First World War buried or commemorated in the cemetery. 26 of the burials are unidentified, but there are special memorials to eight men believed to be buried among them. The cemetery also contains 57 German war graves, 39 being unidentified. 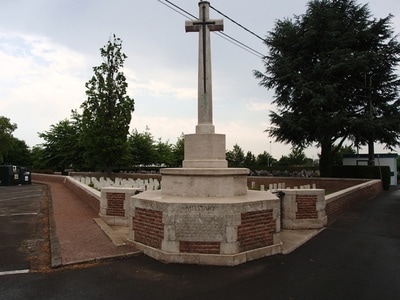 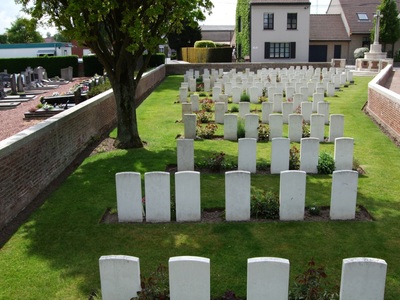 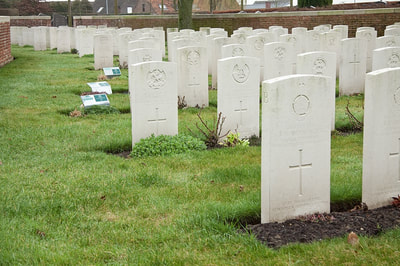 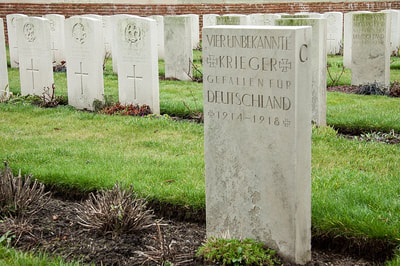 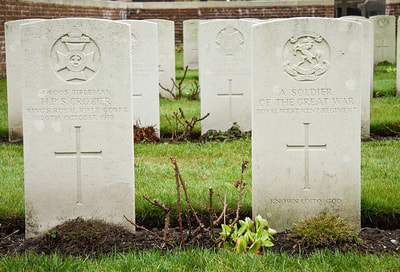 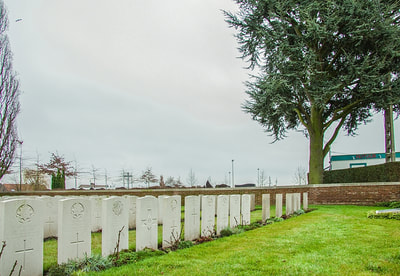 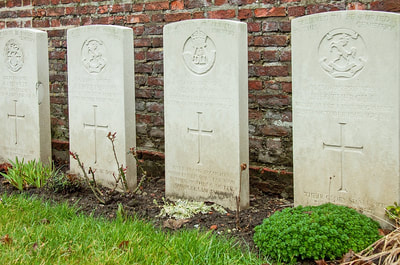 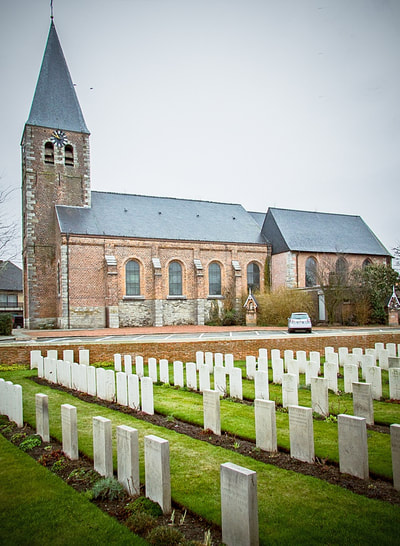 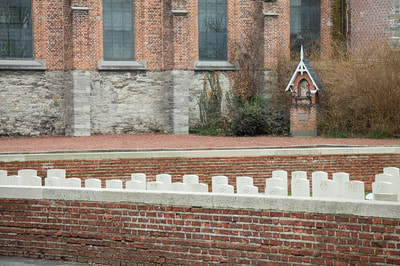 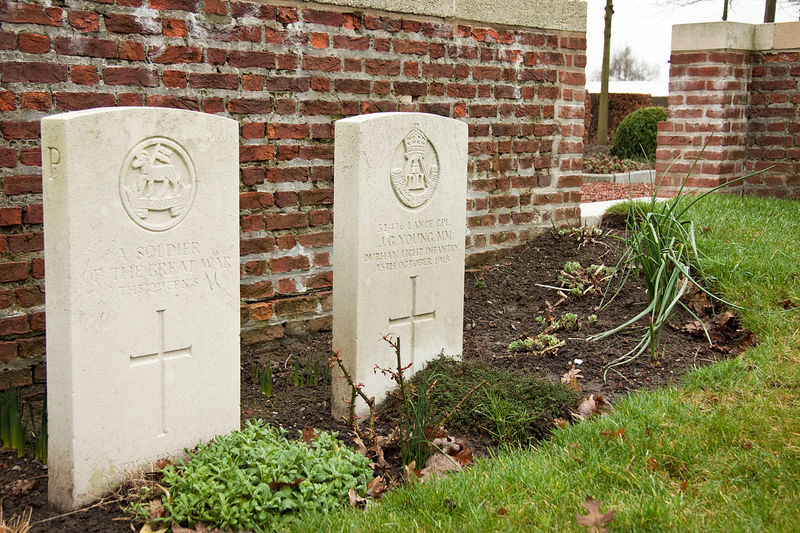 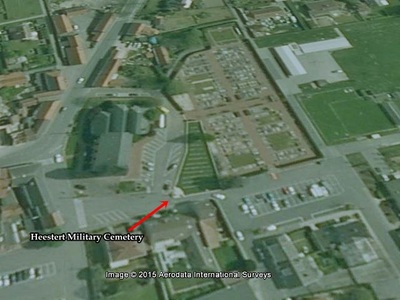 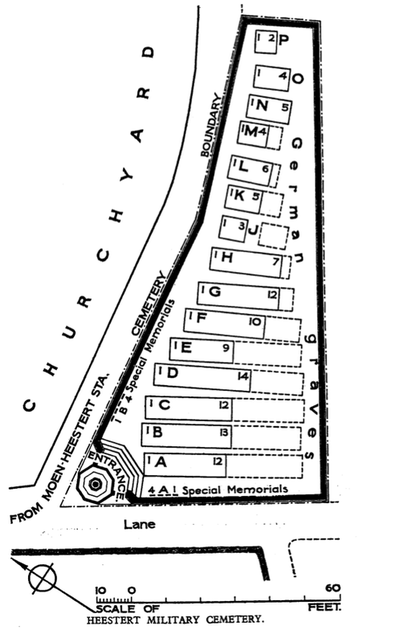 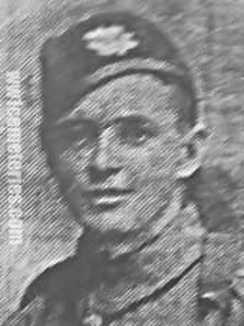 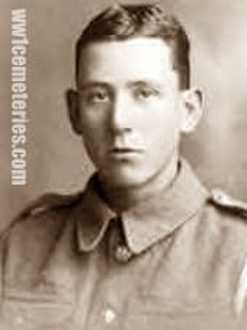 Son of Herbert and Annie Clark, of Wasenham All Saints, King's Lynn.