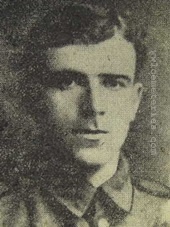 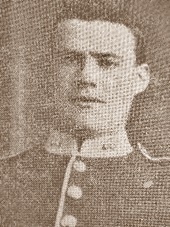 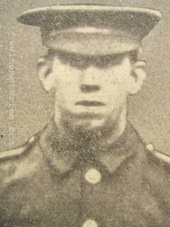 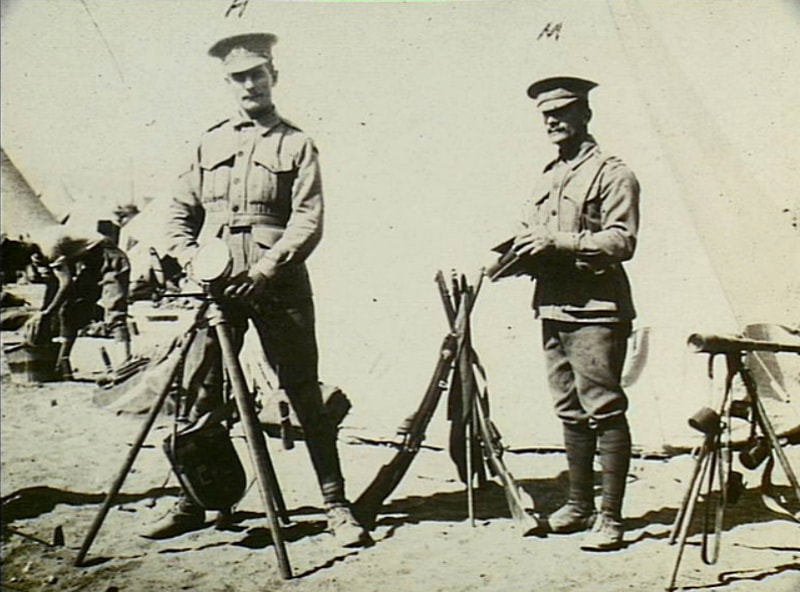 Outdoor portrait of two Australian soldiers, one of whom is 7 Sergeant (Sgt) William Ludwig Aicher, 6th Battalion from East Brunswick, Victoria. A 22 year old metal spinner prior to enlisting on 17 August 1914, he embarked for overseas with C Company from Melbourne on 19 October 1914 aboard HMAT Hororata. While serving with the battalion at Gallipoli, he was killed in action on 8 May1915 in an attack near Krithia, Turkey. Sgt Aicher is commemorated on the Helles Memorial, Gallipoli, Turkey with others who have no known grave. 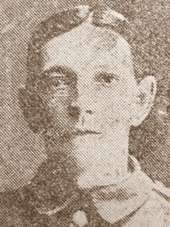 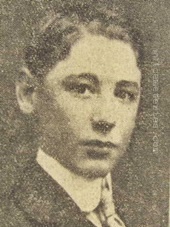 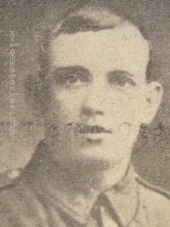 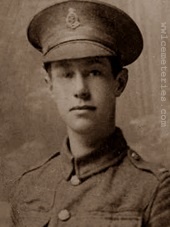 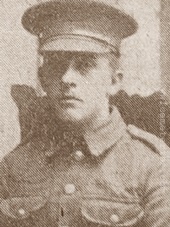 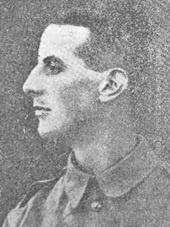 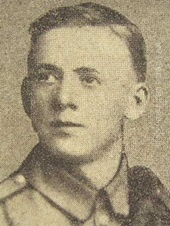 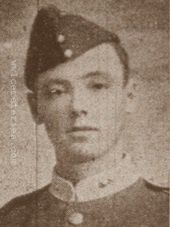 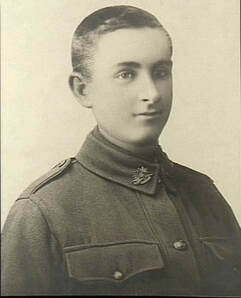 Portrait of 1118 Private (Pte) William Walter Bernard Behan, cattle driver, of South Melbourne, Victoria. He enlisted in the 6th Battalion on 24 September 1914 and embarked on HMAT Themistocles on 22 December 1915. Pte Behan embarked at Alexandria on 5 April 1915 for Gallipoli and was reported missing in action on 8 May 1915. A subsequent court of enquiry determined that Pte Behan was killed in action on 8 May 1915, aged 24 years. He is memorialised on the Cape Helles memorial, Gallipoli. 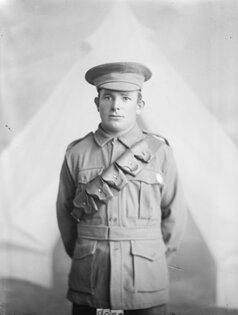 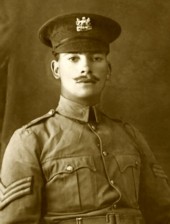 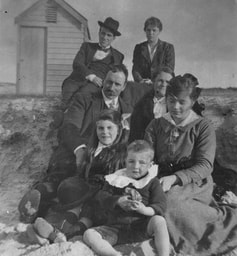 Outdoor portrait of William Buckingham (second row, left) and his family. 1086 Private (Pte) William John Buckingham, 6th Battalion, was killed in action during the 2nd Brigade attack on Krithia, Turkey, on 8 May 1915. He has no known grave and is commemorated at the Cape Helles Memorial, Gallipoli. The boy sitting at front is his son John who enlisted as 2334 Pte John William Buckingham, 2nd Pioneer Battalion, and was killed in action at Broodseinde, Belgium on 3 October 1917. He was originally buried in an isolated grave 3/4 mile west of Zonnebeke, and 3 and 3/4 miles east of Ypres, Belgium. The exact whereabouts of the grave is not known and he is commemorated at the Ypres (Menin Gate) Memorial in Belgium. 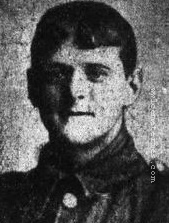 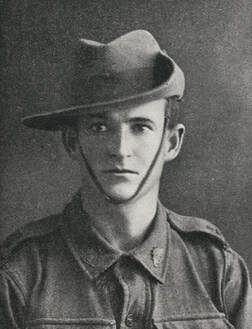 Studio portrait of Second Lieutenant (2nd Lt) Thomas Mcleod Carmichael, 7th Battalion, of Benalla, Victoria. A school teacher prior to enlisting, as 296 Sergeant Carmichael, he embarked from Melbourne aboard HMAT Hororata (A20) on 19 October 1914. On 28 April 1915, he was promoted to the rank of 2nd Lt. He was wounded in action, at Cape Helles, Gallipoli, Turkey on 8 May 1915, and died of his wounds later the same day, at Cape Helles, Gallipoli, Turkey, aged 22. An eye witness, Corporal Maddern stated that 'when he left 2nd Lt Carmichael, the latter was obviously dying and was very badly wounded. He had no doubt that Mr. Carmichael did die of his wounds'. His body was never recovered. He has no known grave and is remembered with honour on the Helles Memorial, Gallipoli, Turkey. 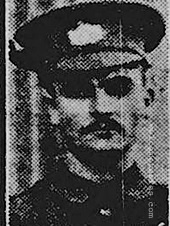 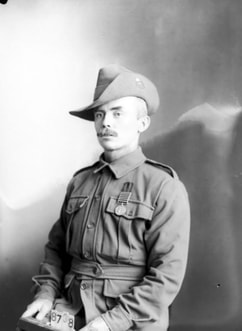 Studio portrait of 354 Private (Pte) William Copeland, 21st Battalion. A butcher from Launceston, Tasmania prior to enlistment, Pte Copeland had previously served with the Queensland Bushmen in the Boer War and embarked with B Company from Melbourne on HMAT Ulysses on 10 April 1915. Whilst at Gallipoli he was declared as missing and a subsequent court of enquiry determined that he had drowned near Lemnos Island on 2 September 1915 when the ship he was on, HMT Southland, was torpedoed and sunk. He is commemorated on the Helles Memorial, Turkey. 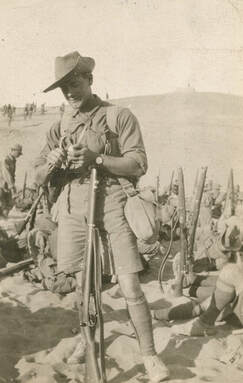 Outdoor portrait of 285 Sergeant (Sgt) Henry Thomas Ladson Couve, 8th Battalion from Dandenong, Victoria holding his rifle while skinning fruit in the desert. A 24 year civil servant prior to enlisting on 21 August 1914, he was promoted to Sergeant the next day and embarked for overseas with C Company from Melbourne on 19 October 1914 aboard HMAT Benalla (A24). After a stopover in Albany, Western Australia, they arrived in Egypt on 2 December 1914. Following further training in Egypt, the battalion took part in the Gallipoli landings on 25 April as part of the second wave. Following promotion to Second Lieutenant on 28 April 1915, he was killed in action on 8 May 1915 and is commemorated on the Helles Memorial, Cape Helles, Gallipoli, Turkey with others who have no known grave. This image is from the collection of brothers Lt Alan Crawford Couve and 2nd Lt Henry Thomas Ladson Couve from Dandenong, Victoria. They photographed members of their unit in Egypt prior to serving at Gallipoli where they both died. Alan is buried at Beach Cemetery, ANZAC at Gallipoli. 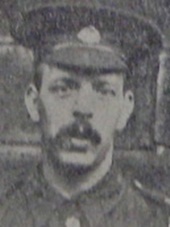 Son of Sutcliffe and Mary Ann Crabtree of Master Street, Burnley. Husband of Bridget Crabtree (nee Clarke).
​
Moses was one of 6 brothers who served in the war and the only one not to return. 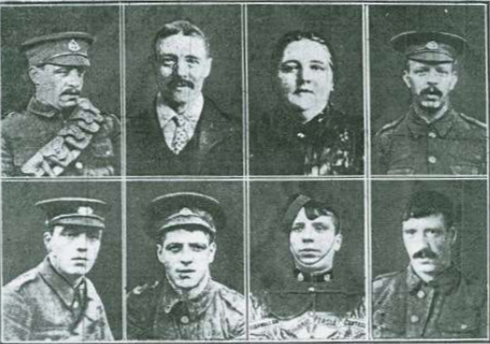 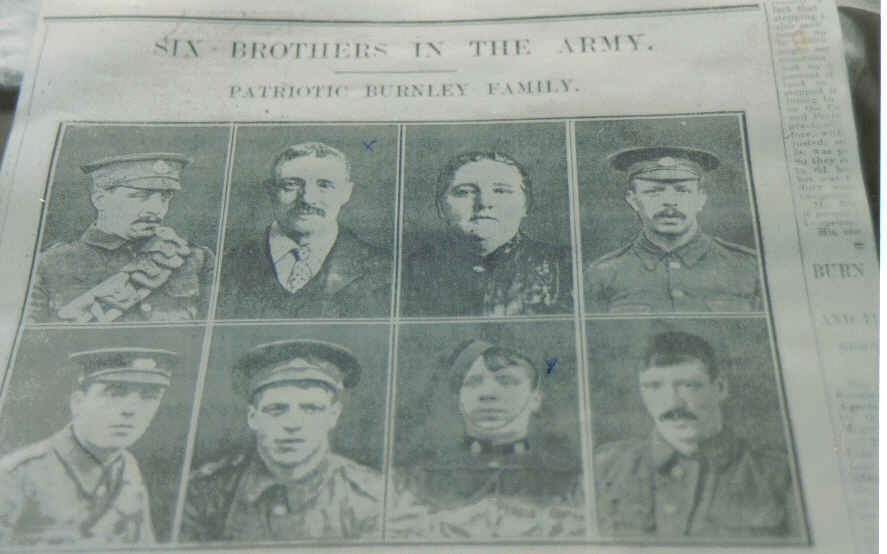 Moses was a collier at Barden Pit and apparently very well known in Burnley.  He married in 1900 to Bridget Clark, when both were 19 years old. 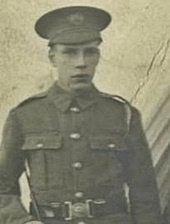 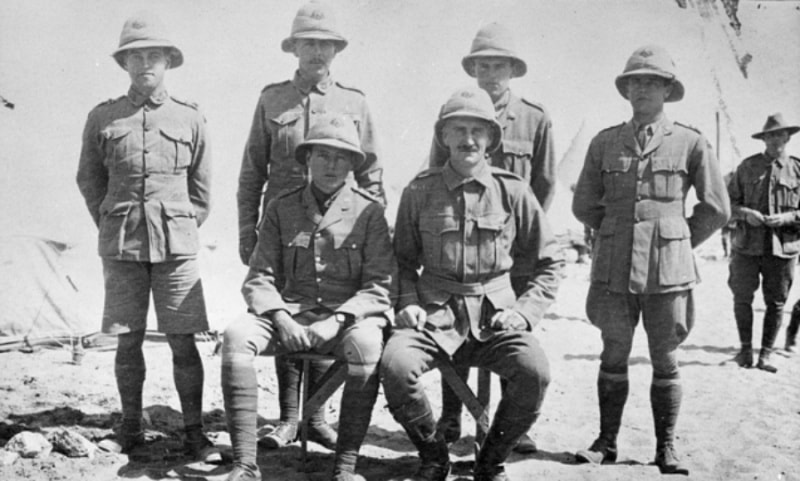 Group portrait of officers of A Company, 6th Battalion. 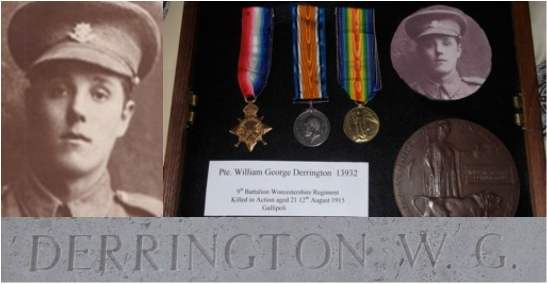 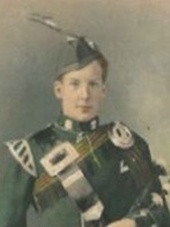 
Son of Andrew and Elizabeth L. Munro Downie, of 1, West Stanhope Place, Edinburgh.
The picture on the left is George's younger brother, Piper Alfred L Downie, who was 14 years old when the photo was taken and as far as the family are aware, did not serve in World War One.